How did Russia get its flag? 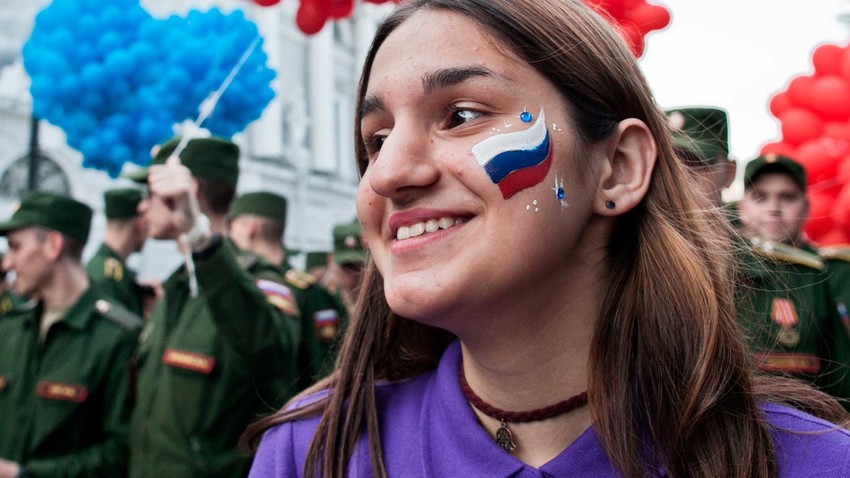 ZUMA Press/Global Look Press
The white, blue, and red tricolor appeared in Russia in the 18th century but it was a long journey before it became the national flag.

There’s no official interpretation of what the three colors of the Russian flag stand for (at least not prescribed by law), hence there are various popular interpretations. The most widespread correlates with European heraldry, according to which the color white symbolizes nobility and openness, blue stands for loyalty and chastity, and red for courage, magnanimity, generosity, and love.

There is also a more "geographical" interpretation. At the beginning of the 18th century the Russian state consisted of three historical regions: Velikaya Rus (Great Rus - the western part of present-day Russia), Belaya Rus (Belarus), and Malaya Rus (Little Russia - part of present-day Ukraine). Each of the regions was symbolized by a color: red, white, and blue - respectively - and therefore these were the colors that Tsar Peter I (ruled from 1682 to 1725) used for his standard. 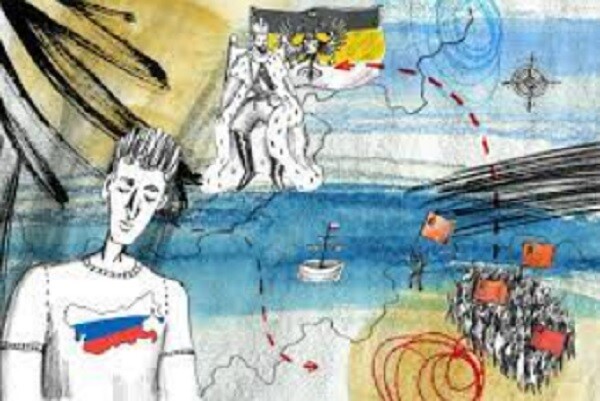 In the new Russia, since 1991 the white, blue, and red tricolor has become the national flag. Source: Varvara Grankova

For Peter I, one of the most important tasks was to set up a Russian navy and gain access to the seas. According to the head of the Russian Heraldic Council, historian Georgy Vilinbakhov, even before the creation of the navy, when he went on river voyages on the first Russian ships, Peter I was already using a white, blue, and red banner.

There is a theory that Peter I took the colors of the flag from Holland - a mighty sea power at the time - where the tsar went to get acquainted with the ways of European countries. Vilinbakhov, however, points out that the young tsar had used the tricolor even before his trip to Holland and concludes that it was Russian traditions that Peter was guided by.

Under Peter I's descendants of the Romanov dynasty, a "diarchy" of flags emerged in Russia: Along with the white, blue, and red flag, which was regarded as a merchant flag, a black, yellow, and white flag - the so-called "heraldic" flag (now commonly referred to as "imperial") - was used. Alexander II (who ruled from 1855 to 1881) approved this flag as the national one: Black and yellow were the colors of the emblem of Russia which at the time had a two-headed black eagle against a golden background, and white was the color of St. George the Victorious, patron saint of Russia. 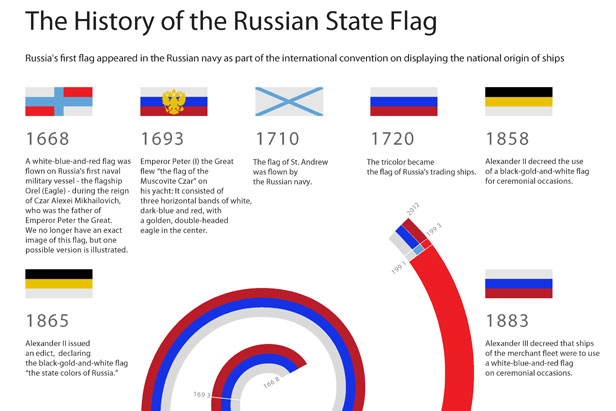 The history of the Russian state flag

In an interview with Izvestia, master herald Vladimir Medvedev points out that, as a result, the Russian Empire didn't have a single national flag. Tsars often disagreed with one another - for instance, Alexander III (who ruled from 1881 to 1894) rescinded Alexander II's decision and ordered the use of a white, blue, and red flag for official occasions, describing it as "exclusively Russian." Often two flags were used: During public holidays an "imperial" flag hung on government buildings and a white, blue, and red one on commercial ones.

Vilinbakhov writes that the Russian merchant flag acquired special significance in the 1840s when the participants of the Pan-Slav Congress - representatives of the Slavic countries struggling for their independence - chose white, blue, and red as their colors. It symbolized their closeness to Russia and the unity of the Slavic peoples. At present these colors can be seen on the flags of many countries that gained independence: The Czech Republic, Slovakia, Serbia, Croatia, and Slovenia.

From red to national flag

After the 1917 October Revolution, both flags of the tsarist period were banned - they were replaced by a red banner with a sickle, a hammer, and a star, which became one of the symbols of Soviet power. And the white, blue, and red tricolor was used by émigrés who opposed the Communists. It is for this reason that at the end of the 1980s and beginning of the 1990s the tricolor became a symbol of democratic protests against the Soviet authorities.

In the new Russia, since 1991 the white, blue, and red tricolor has become the national flag. During the same time, at political rallies today one can see both the Soviet red banner (Communists use it) and the black, yellow, and white "imperial" flag (used by monarchists and the right wing). From time to time deputies from the Liberal-Democratic Party of Russia (LDPR) come up with proposals to make the "imperial" flag the national one - arguing that "brilliant victories" had been won under it - but it comes to nothing. As master herald Vladimir Medvedev observes, the white, blue, and red flag has long been adopted as the official flag.

Read more: Mystical emblem: The secrets of the hammer and sickle