An American conductor at the Mariinsky: Nice to have Gergiev by your side 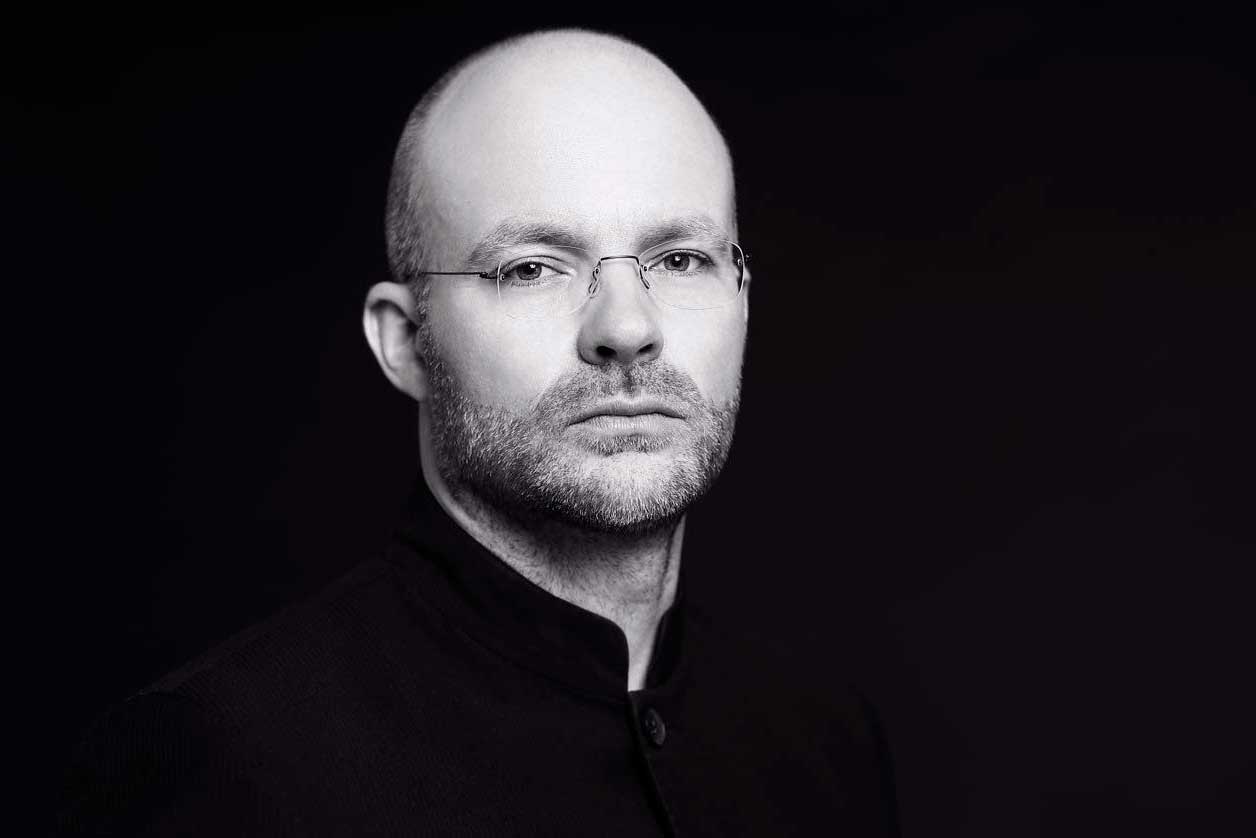 Roman Zaydullin
RBTH met up with American conductor Christian Knapp to find out if there is a Russian school of conducting, and how he enjoys working and living in St. Petersburg.

Christian Knapp is an American conductor who has been working at the Mariinsky Theater in St. Petersburg since 2011. Chicago-born, he grew up listening to the Chicago Symphony Orchestra during its golden era under chief conductor Sir Georg Solti.

Originally a pianist who was trained at the New England Conservatory in Boston, Knapp later studied conducting in Italy under Yuri Temirkanov and Myung-Whun Chung, and at the St. Petersburg Conservatory under Ilya Musin and Leonid Korchmar. He conducted many orchestras all over the world and collaborated with many theaters.

St. Petersburg has become his second home and during its rough winters he looks from his apartment window onto the Kryukov Canal. While he has little free time, he likes going out to cafes on Rubinstein Street and walking on Krestovsky Island, as well as going to the Angleterre Cinema and Dom Kino (House of Cinema), as well as countless visits to the State Hermitage Museum.

RBTH: What brought you to Russia? Do you remember your first visit?

Christian Knapp: When I first came to Russia it was 1984, it was the Soviet Union and the time of Gorbachev. Probably it was my first visit abroad and it was an interesting time. But it was a traditional touristic journey, and we spent three or four days in Leningrad and three or four days in Moscow. I remember the sights, but I don’t know if I felt any sense of immersion in the culture. What I remember is the incredible beauty, and I totally fell in love with Leningrad.

Have there been significant changes in Moscow and St. Petersburg since that time?

Oh yes, incredible changes. And there have even been changes since my second trip, when I studied at the St. Petersburg Conservatory in 1997-1999; and now this current period, working at the Mariinsky. So, I’ve seen the transformation. Maybe in 1997 Russia was a little bit unsettled, or still trying to find its path. Certainly today the country is a very different place: wealthy, stable, vibrant, especially in Moscow and St. Petersburg.

How did you get into the Mariinsky Theater?

I’ve known about the Mariinsky since I was a student at the St. Petersburg Conservatory, because it was right across the street. Since those times I have been fascinated with the Mariinsky and its incredible music, as well as with a person who now is my boss and mentor - Maestro Valery Gergiev.

I already had a successful career in the U.S. and Europe, and had a conducting contract with another American orchestra where performed a wonderful Georgian pianist, Alexander Toradze, who is also a good friend of Maestro Gergiev. I remember he played Prokofyev’s Piano Concerto No. 3, and then I played Petrushka. 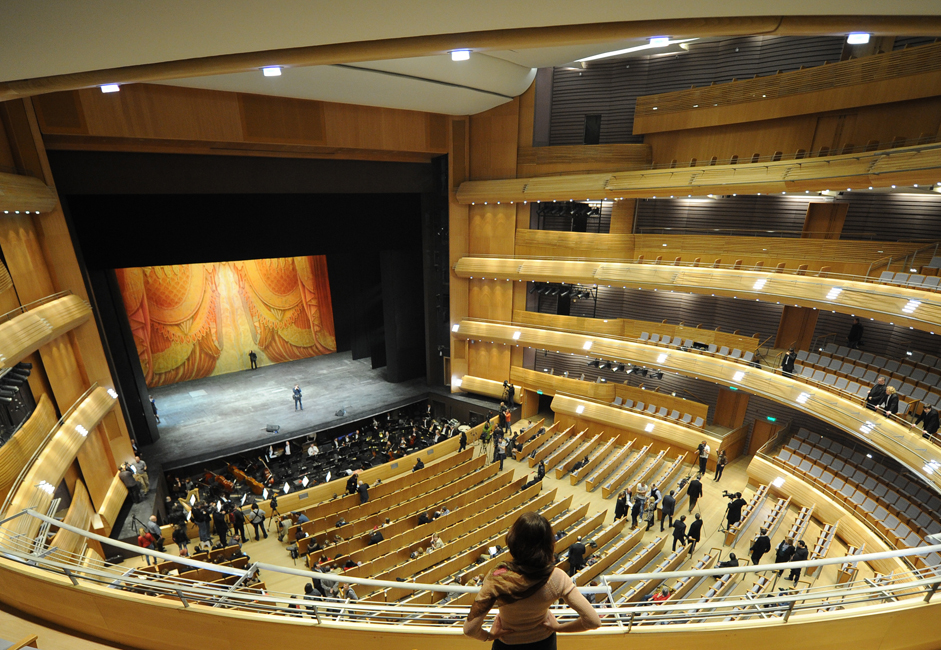 Alexander Toradze granted me the honor of sitting in the hall and listening to my performance (usually, musicians go home after finishing playing). He was full of praise about my conducting, and then over drinks I told him I always wanted to work with the Mariinsky, and he said, “That’s it! I’ll arrange the introduction,” and he did it.

The very first opera I conducted at the Mariinsky was in 2011, Elektra by Richard Strauss. Immediately after, the next day the theater called me and asked if I could stay longer and work on the premier of Ariadne auf Naxos, which is also by Richard Strauss. This project lasted several weeks, but then they asked me to come again and again. And at some point Maestro Gergiev said “OK, we need you here.”

Since then it has been an amazing place to work. Some months I have had as many as 15 different performances. I think I have over 50 operas now in my repertoire and I am also regularly conducting symphonic repertoire like Mahler or Beethoven with these incredible musicians in the Mariinsky Orchestra. This collaboration is so rewarding.

How do you feel working with Gergiev?

Fantastic; he is very very inspiring. He is one of those true geniuses today and his energy level is incredible. He can do so much and he can put things together so well. His artistry is incredible; he is first in the world. And it’s always helpful to have a mentor by your side and to be in contact with a conductor of such great genius. I am constantly fed with new ideas and new inspiration. 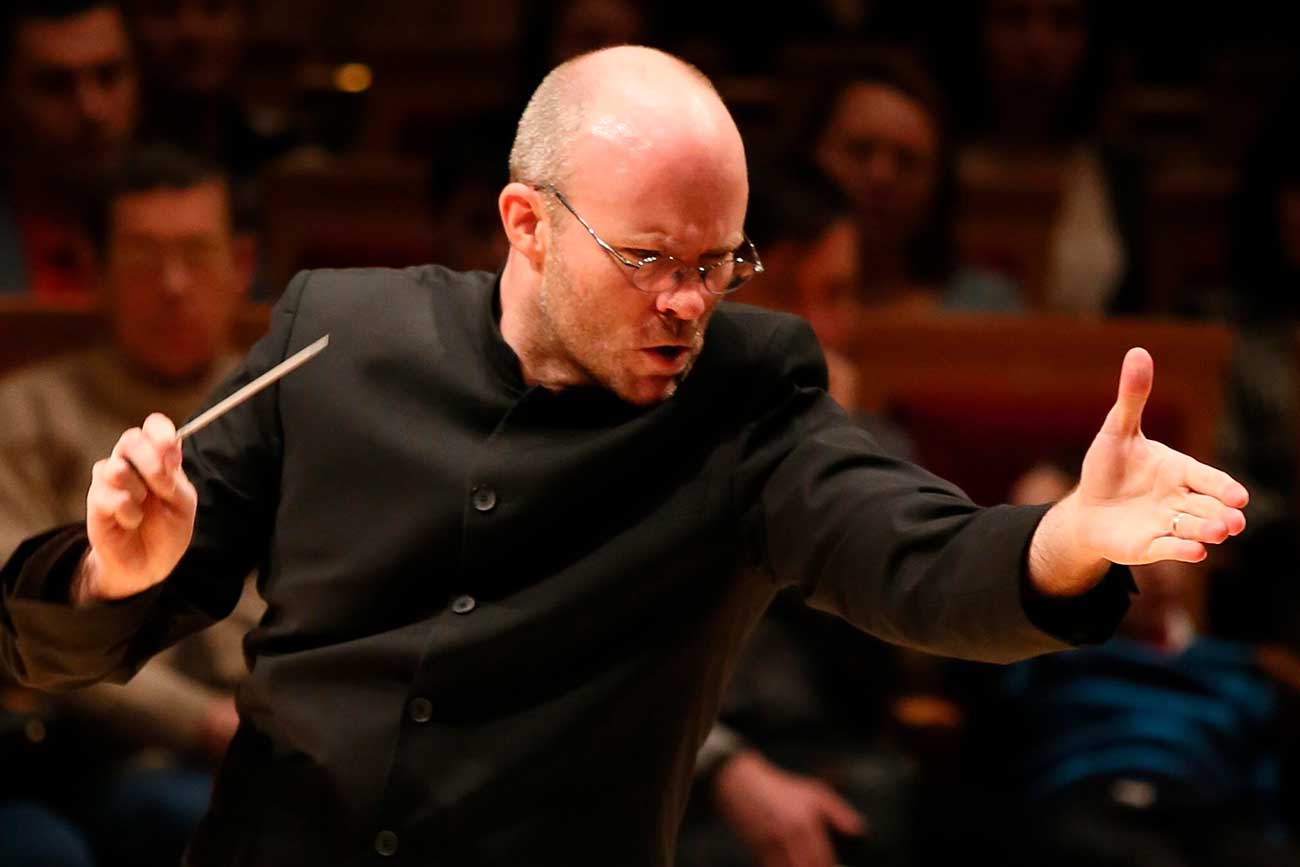 "A conductor’s work is deeply in the mind: to understand the music, its structure, its architecture and to control it." / Svetlana Avvakum

You’ve performed in many countries, so can you say if there is such a thing as a Russian school of conducting?

Absolutely! And there is even the St. Petersburg school of conducting. Many people think that conducting is easy – one, two, three, four – and we can teach anybody in 20 minutes to do it. A conductor’s work is deeply in the mind: to understand the music, its structure, its architecture and to control it. What’s unique about Russia – and I think it was Neeme Järvi [the Estonian-American conductor] who studied in St. Petersburg – who once said that Russia trains its conductors the way other countries train violinists – rigorous and with exquisite technique.

I had the great honor to study with Ilya Musin in St. Petersburg for the last three years of his life. He is in some way the father of the St. Petersburg school of conducting, and he was a teacher of Gergiev and Temirkanov.

Musin's system focuses first of all on how much you can communicate just with your hands without ever speaking to the orchestra, if it’s possible. But equally, most importantly and most fundamentally about the Russian school, is that it’s about sound and guiding the stream of sound. German and American techniques of conducting focus very much on rhythmic organization.

Do Russian and foreign orchestras play Russian classic music the same or in different ways?

My answer is Yes and No. Of course, context and style help a lot, and there are moments at the Mariinsky when I had the pleasure of conducting a symphony by Tchaikovsky, or something by Shostakovich, and there is a unique sound to what they’re doing that you realize isn't automatic if I'd be conducting the same symphony with an American orchestra. 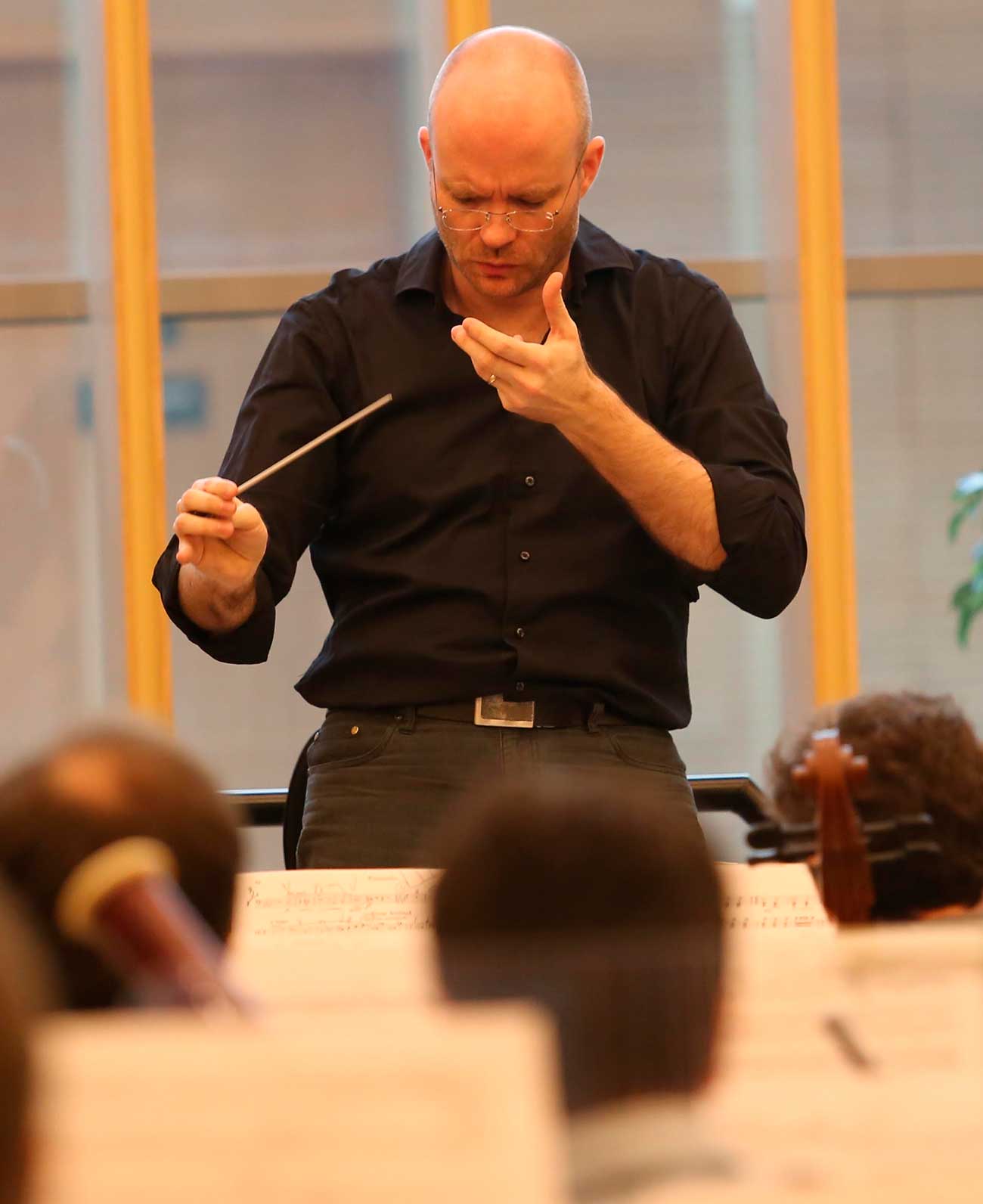 Likewise, there are also certain approaches. For example, it’s very popular in Western Europe, especially in France or England, to conduct Mozart or Haydn in a very authentic style, but that type of approach toward classical works isn’t so common in Russia. That's the ‘Yes’ part.

But the ‘No’ part is that wherever it is – whether Moscow, St. Petersburg, London, Paris or New York – when great musicians come together and work on the material of a great composer, they all begin to understand elements of style. Music is international.

Another question about differences: do you see any difference between the reaction of the audiences in different countries?

Sure! I can say in particular about the audience in St. Petersburg, I am just amazed how much experience and culture they bring themselves when they enter the hall. And it’s just wonderful to be with them.

Did you have some language problems with Russian musicians?

I was lucky to study at the Conservatory in Russia for three years; so while I don’t speak perfect Russian, I'm pretty comfortable to live here and work.

Which Russian pianists would you highlight?

[Sviatoslav] Richter! And when I grew up in the 1970s and 1980s in the U.S., Vladimir Horowitz was a god. He had emigrated from the Soviet Union, and once had a big homecoming concert and played a recital in Russia. My dad, who was a big supporter of my musical studies, woke me up very early (Chicago time) to watch the broadcast of Horowitz playing. 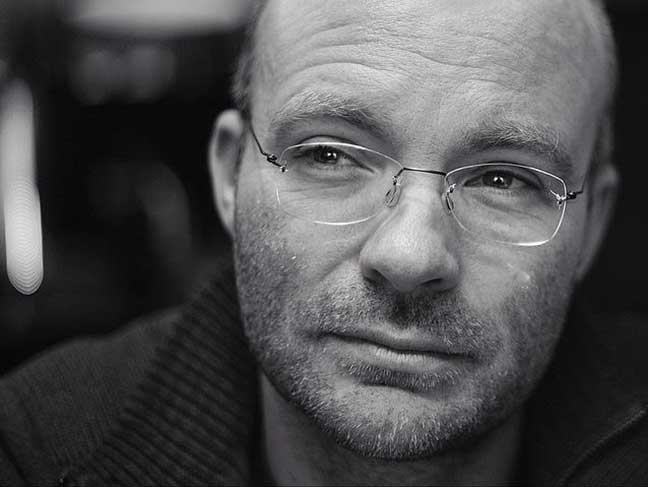 What are your top three favorite Russian composers?

He is Russian, but he is also universal, so I have to say that Stravinsky tops my list. I can't imagine the 20th century without him.

I also have to list Tchaikovsky because one of my favorite operas in the world is The Queen of Spades [Pikovaya Dama]. But I also feel bad about [not to mention] Prokofyev, Shostakovich, Rachmaninov.

If opening your own theater, what Russian work would you perform?

Without a doubt, The Queen of Spades.

Read more: Xander Parish: ‘I never imagined I would dance at the Mariinsky’