A weekend in Great Perm: 48 hours to fall in love with the Urals 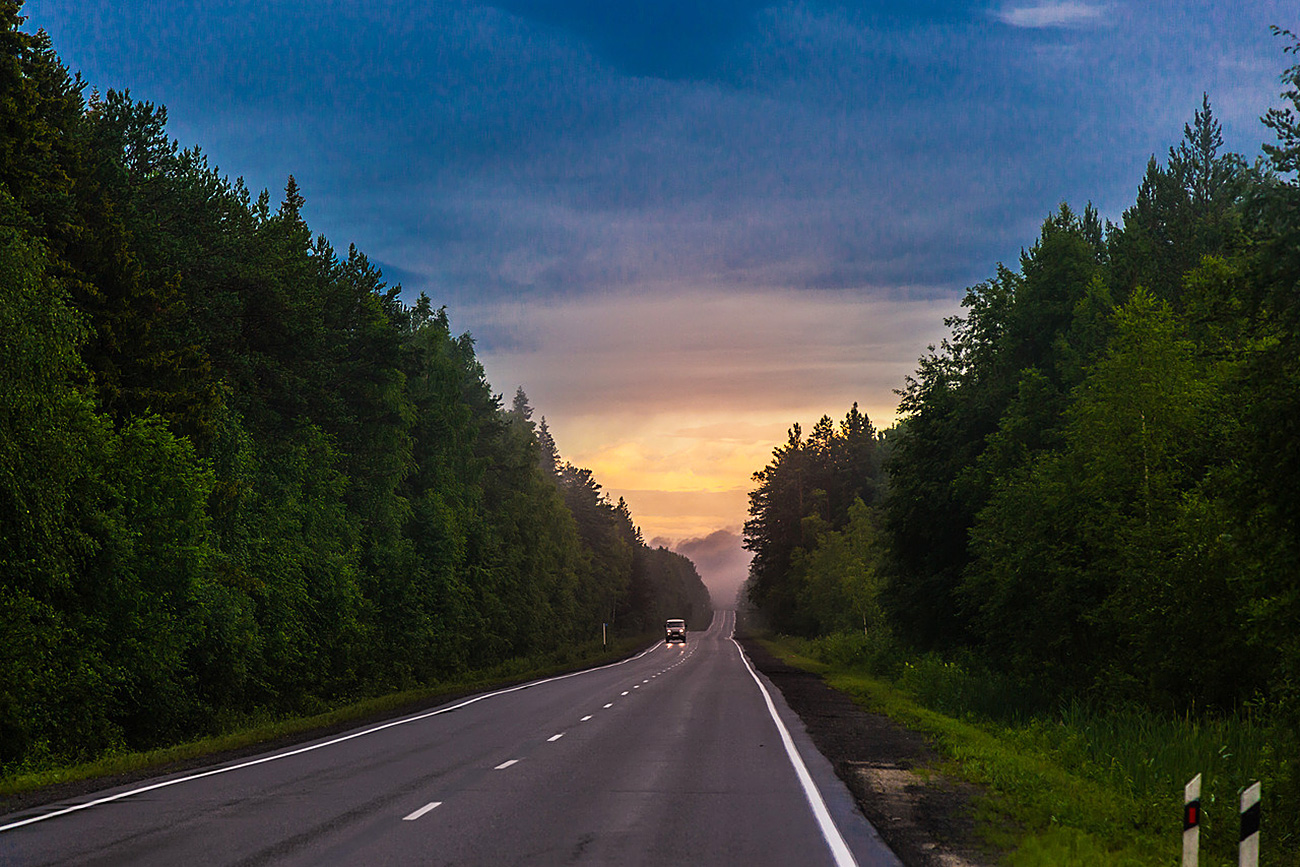 Oleg Vorobyov
Located almost 900 miles northeast of Moscow on the Kama River, Perm is both an industrial powerhouse and one of Russia’s major cultural centers. The territory around the city, known as Great Perm, preserves a legacy of ancient times. Get ready for the plunge!

Walk along the green and red lines 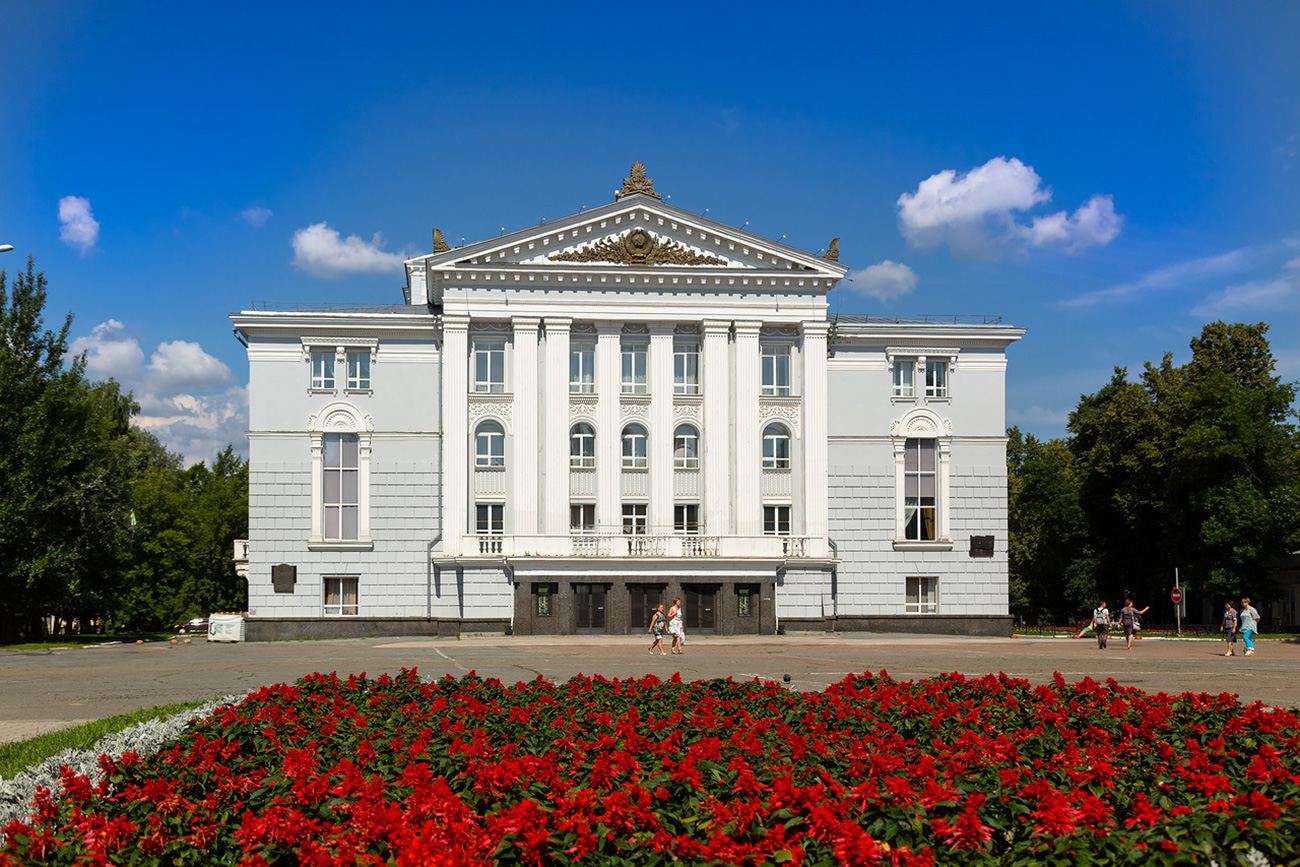 The “green line” tourist route appeared in 2010, and starts near the Permyak Salty Ears monument and ends with the sculpture, The Walking Bear. Follow the line, and you’ll see a total of 40 places of interests, including the famous Opera and Ballet Theater, where the remarkable conductor Teodor Currentzis makes acclaimed performances, and where the Mariinsky Theater was living in evacuation during World War II. Walking along these routes takes about two hours.

In 2012, one more route was added – the romantic "red line." Following this route, a traveler will see the city through the eyes of famous people who lived there, including writer Arkady Gaidar, Grand Duke Mikhail Romanov, impresario Sergei Diaghilev, and many more. The one-hour walking tour covers a total of 20 sites. 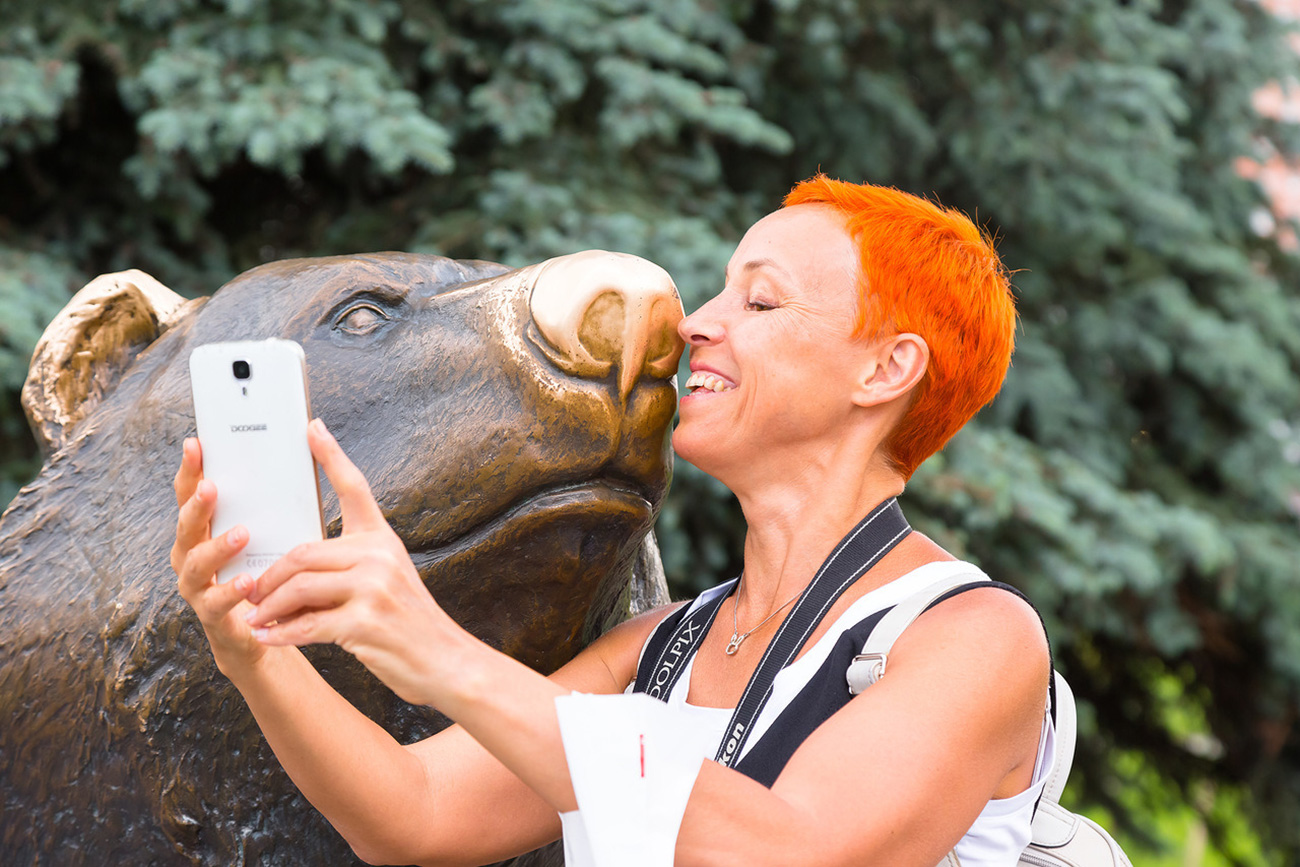 You can download maps and audio guides on the official website. Unfortunately, they’re available only in Russian.

What do they eat in Perm for lunch after a long walk? You can find a lot of different places, ranging from fast-food kiosks to posh restaurants. But to best feel the local vibe, try something indigenous.

One such traditional Ural dish is posikunchiki, which are small fried pastries with spiced minced meat and onion filling. They look like a smaller version of chebureki, (deep-fried turnovers filled with meat). These delicious snacks can be found everywhere in the Perm region. 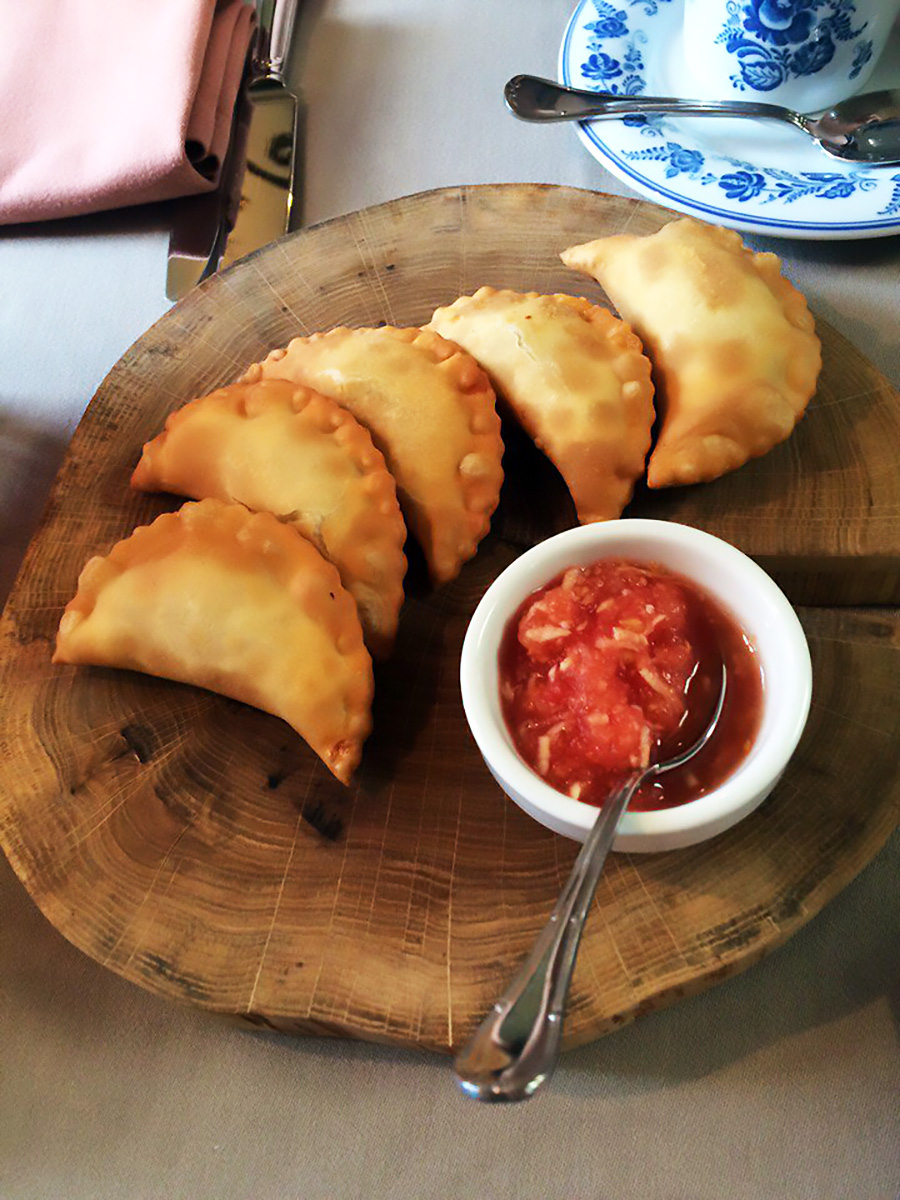 Shangi (or shanezhki) look like a mixture of pirozhki and vatrushki: open yeasted dough buns with rich toppings like potatoes, cottage cheese, fish, millet or buckwheat porridge. It is very simple and unpretentious food.

The most famous family of Ural merchants and industrialists gave its name to the most celebrated Russian meal - beef stroganoff. As the story goes, Count Alexander Stroganov ordered his servants to feed anyone setting foot on his territory. Faced with the need for a dish that could be quickly prepared, filling and tasty, the count's chefs put their heads together and came up with what eventually became known as beef stroganoff.

Take a voyage on the Kama River

A 1.5-hour cruise will take you up and down the river. River trams run every hour from the Perm 1 station, and tickets can be purchased at the river station. 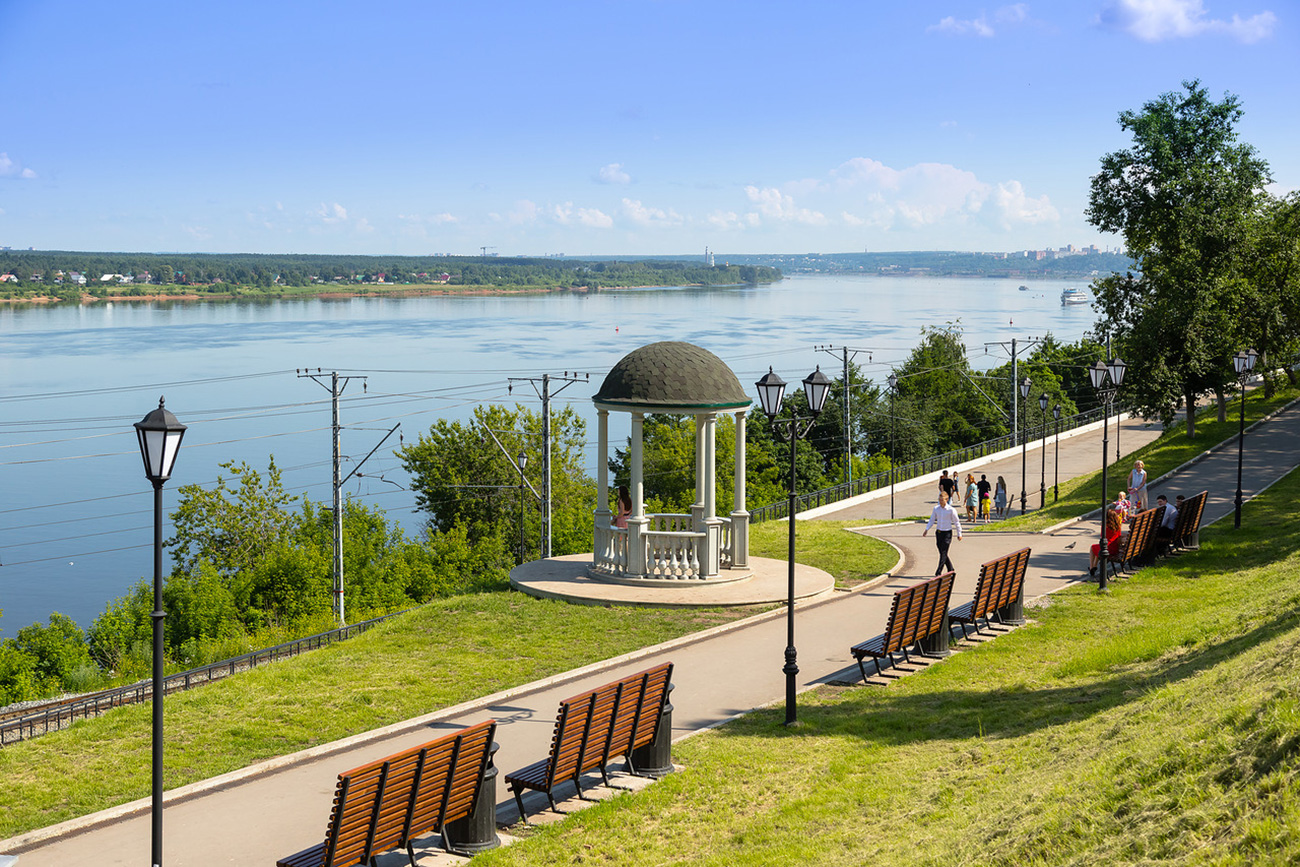 The boat goes along the Kama River from early May to the end of September. In the evening you can stroll along the beautiful new Kama Embankment, which offers stunning views.

Touch the white moss of Taiga 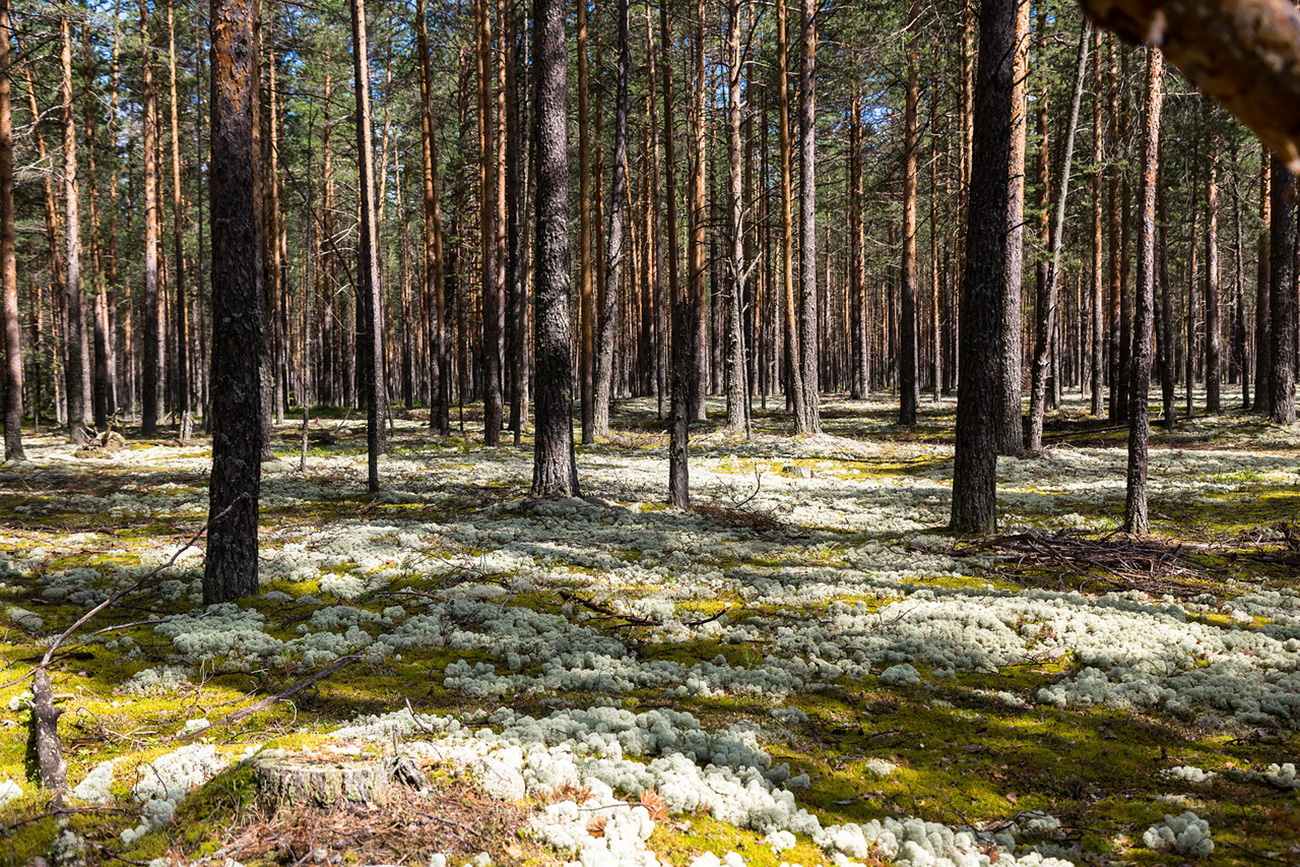 The road to the north of the Perm Territory stretches through the taiga forests. Extraordinary color combinations are waiting for you on the way there. Take, for example, the blueberry bushes with foliage of all shades of red. But the most unusual is a light-light green, almost white moss. Sometimes it grows in small areas, and it can completely cover the path. 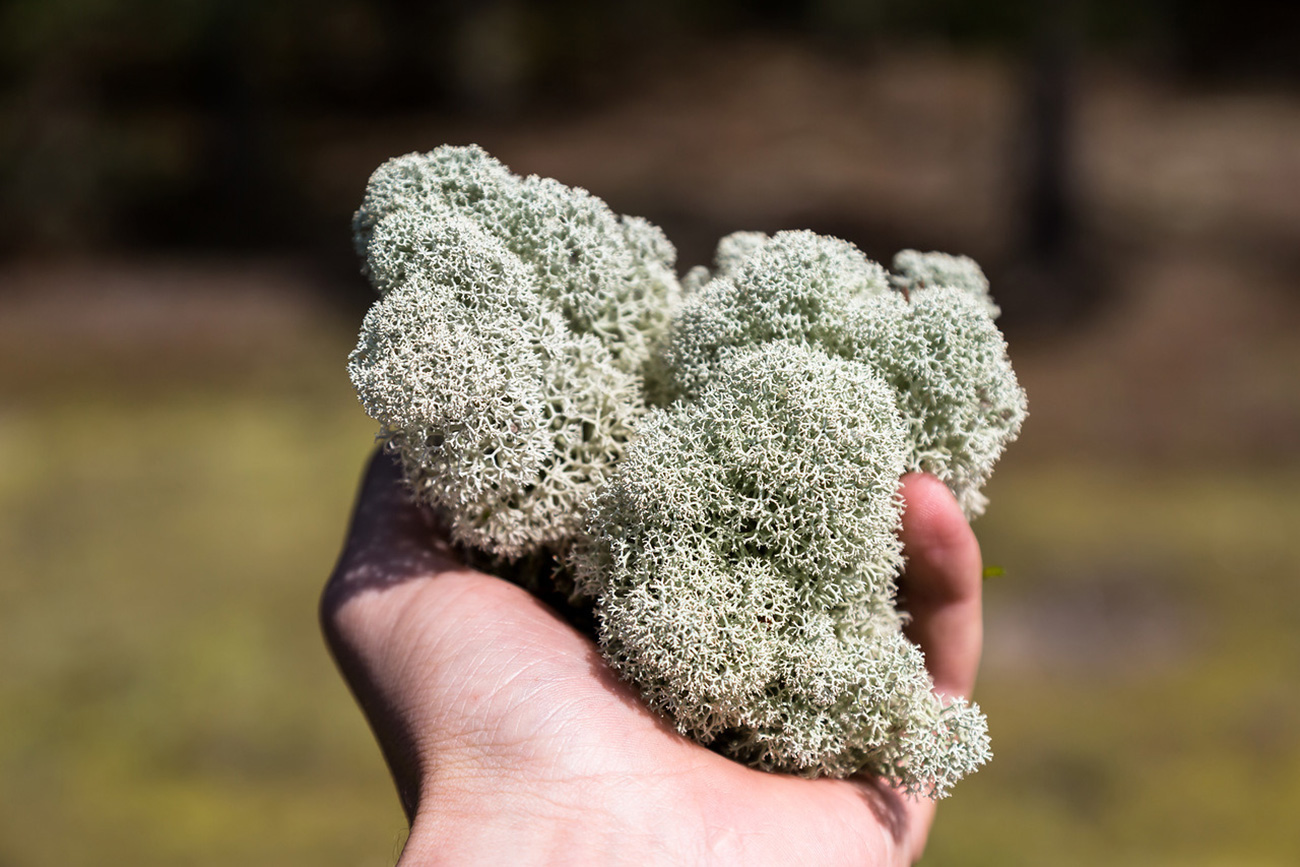 You’ll find it a very strange experience to walk on the soft layer as your feet sink into the moss above the ankle. We urge you not to go deep into the forest because it’s easy to get totally lost.

See the sunken buildings of Usolye 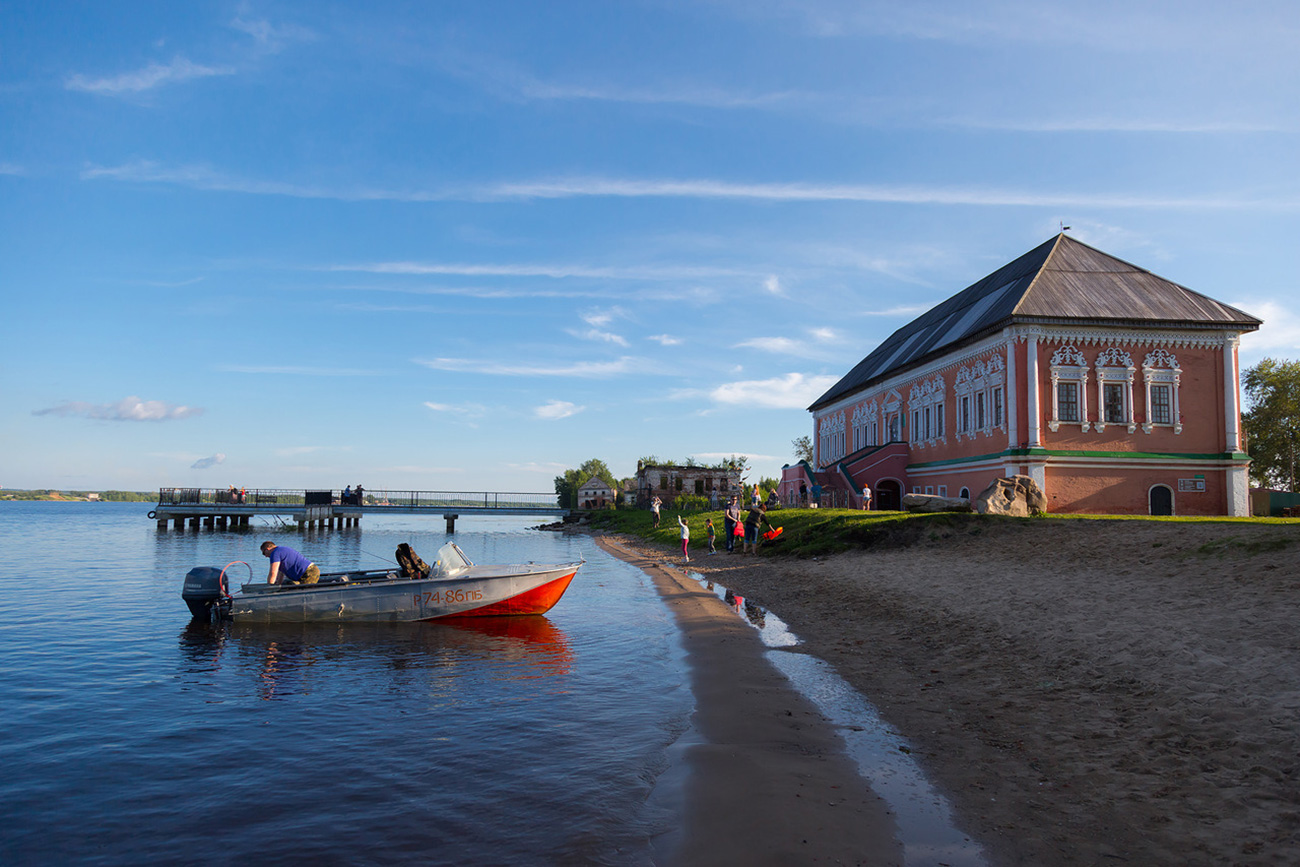 The tiny 17th century town of Usolye (126 miles north of Perm) became an island after the construction of the Kama hydroelectric station in the late 1950s. Residents were relocated, but the island has preserved some interesting historical structures, including the Stroganov chambers and the baroque Transfiguration Church. 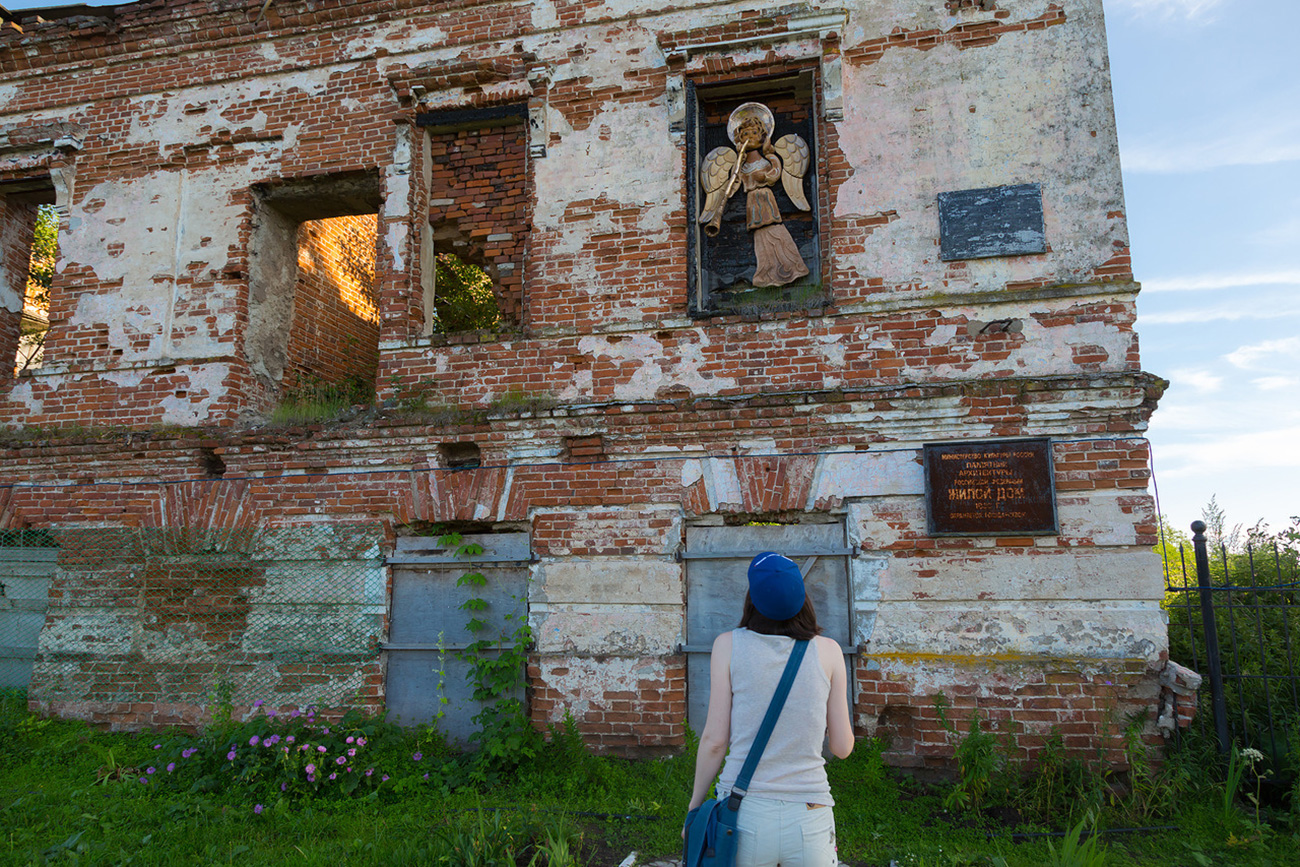 Most buildings are effectively picturesque ruins among weeds. Slightly away you will find the restored Church of St. Nicholas, whose construction is attributed to native son, Andrey Voronikhin, the architect of the Kazan Cathedral in St. Petersburg. 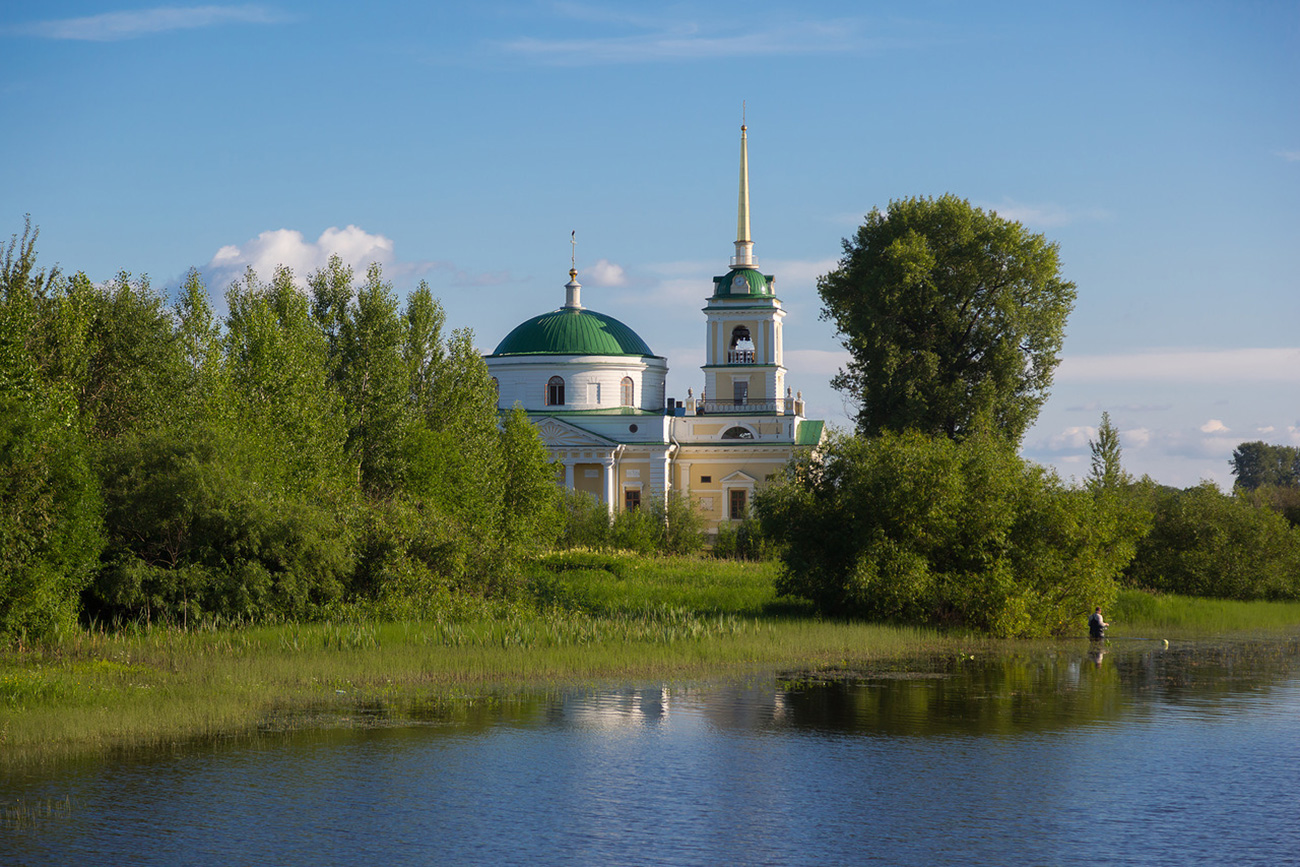 The small town of Cherdyn (190 miles north to Perm) was the capital of Great Perm in Medieval Rus  (the 10th to 15th centuries before it was a part of the Russian state, and in the 15th to 18th centuries). It was not only the center of trade with eastern regions but it was also the heart of religious culture. Today, its unique wooden churches and picturesque valleys make it something like an open-air museum. 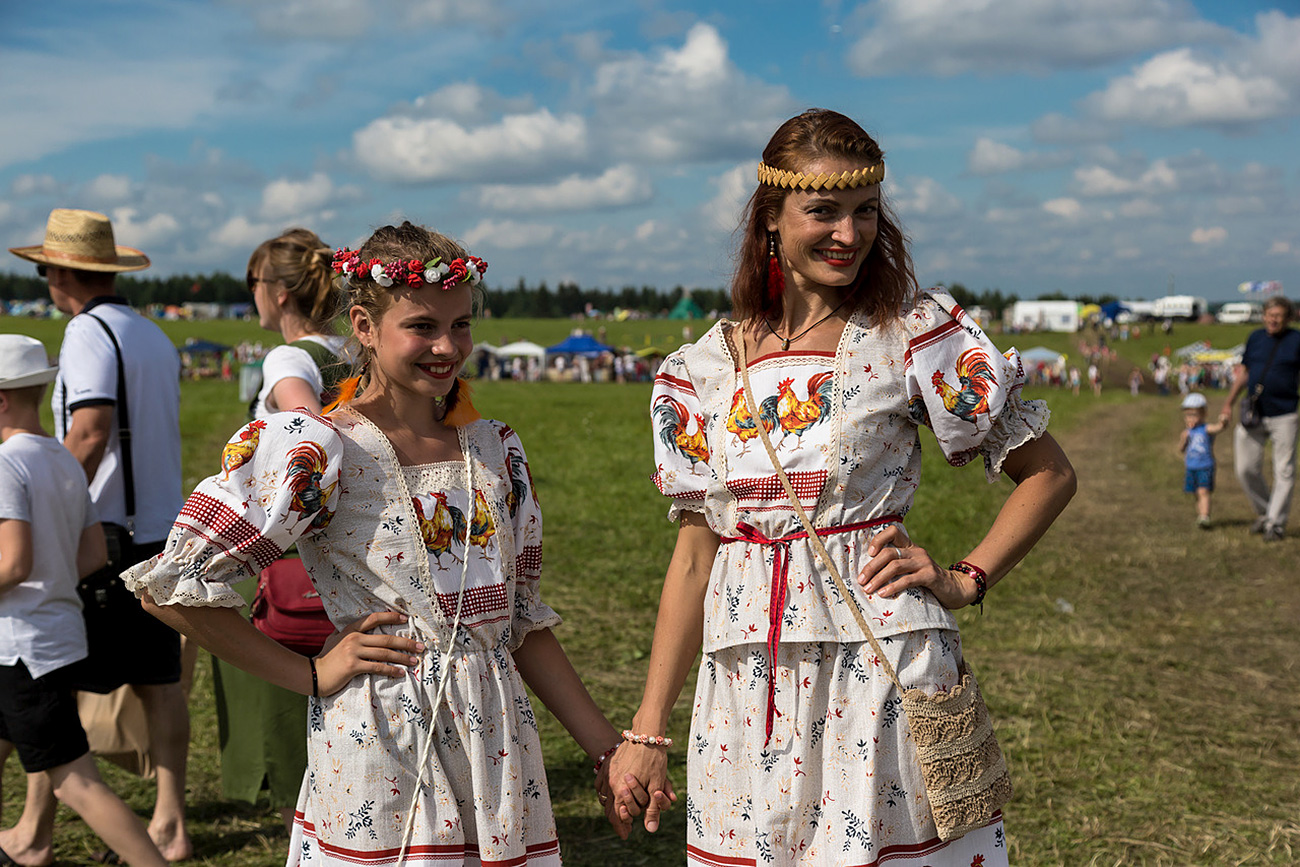 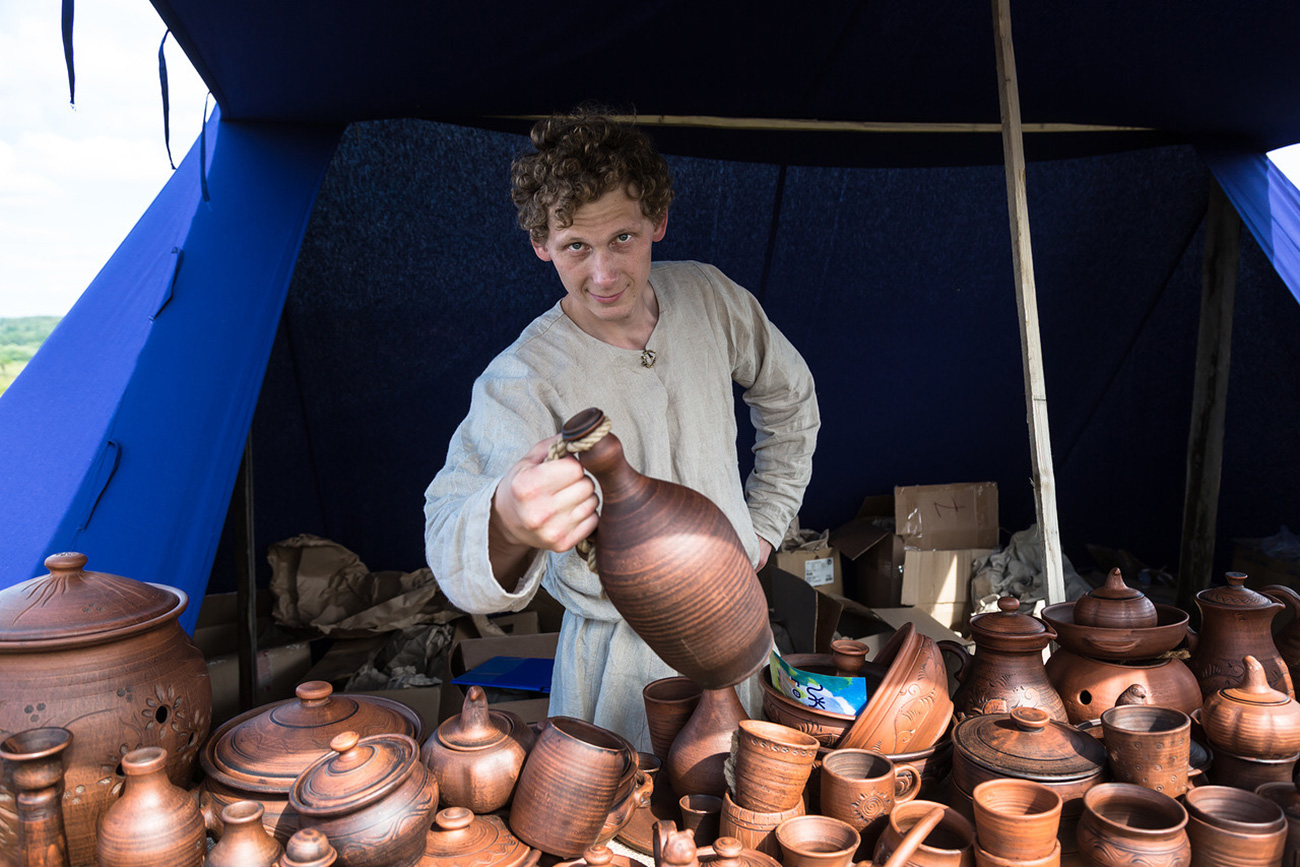 The center is located on Troitsky Hill, where in 2003 a treasure of very rare medieval Persian plates made in the “beast” style were discovered. Archaeological work continues, and the goal is to find the foundation of the first kremlin in the Urals. 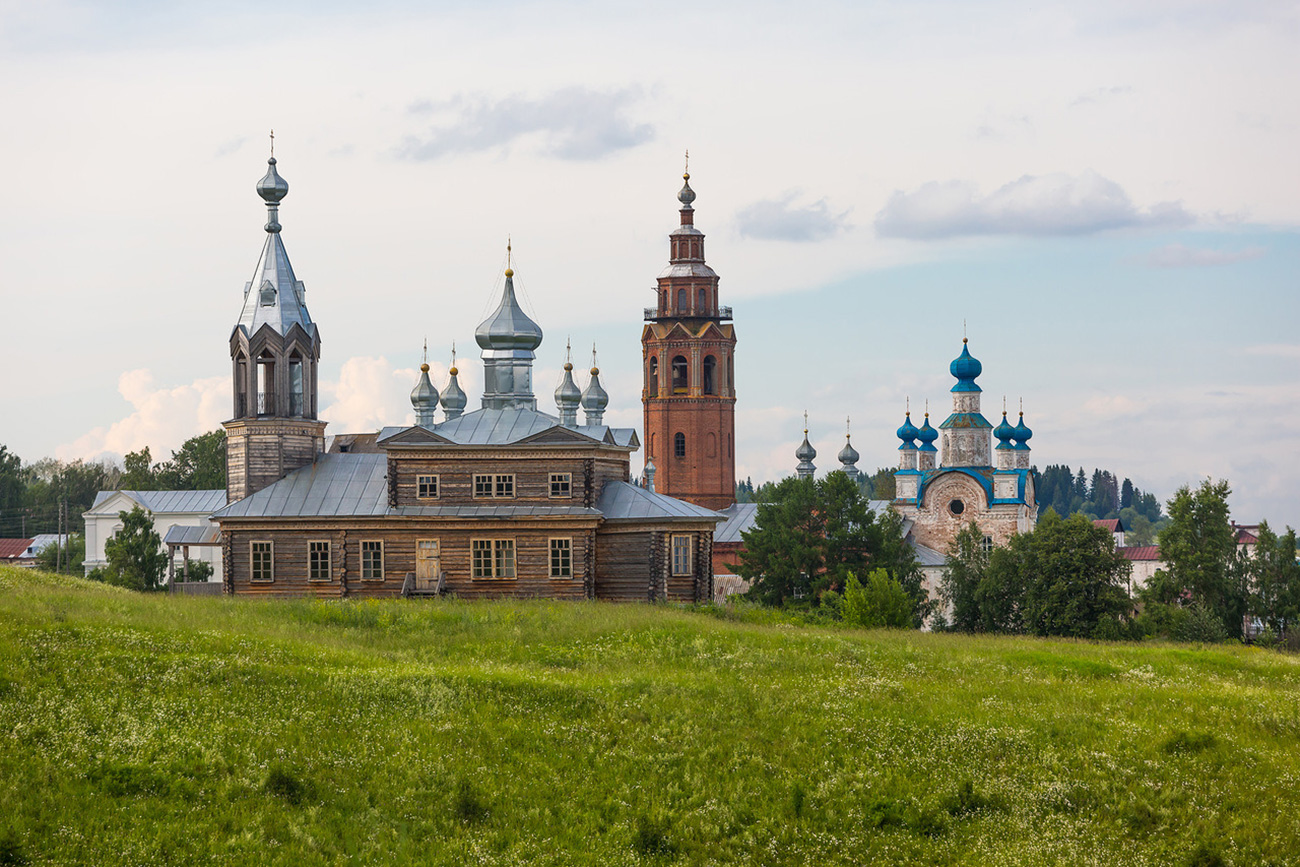 In 1933, Cherdyn became famous as the place of exile for poet Osip Mandelstam. After just two weeks here, he attempted suicide.

“He was obsessed that he would be taken by the NKVD (People's Commissariat for Internal Affairs) at 6:30 a.m., and so his wife put the clock in the house forward everyday,” said Cherdyn Museum specialist Ekaterina Shishigina. “Only when he realized that nobody had come did he calm down. Despite this, once he jumped out the window, but survived. After that he was exiled to Voronezh and his life ended in the camps,” she said.

Though it was his place of exile, Mandelstam later wanted to return– he was so impressed by the local nature and the people, she said. Many other repressed families stayed in Cherdyn and nearby even after their rehabilitation by the government. Their belongings and stories are displayed at the local museum thanks to their descendants and the people who are still searching for answers. 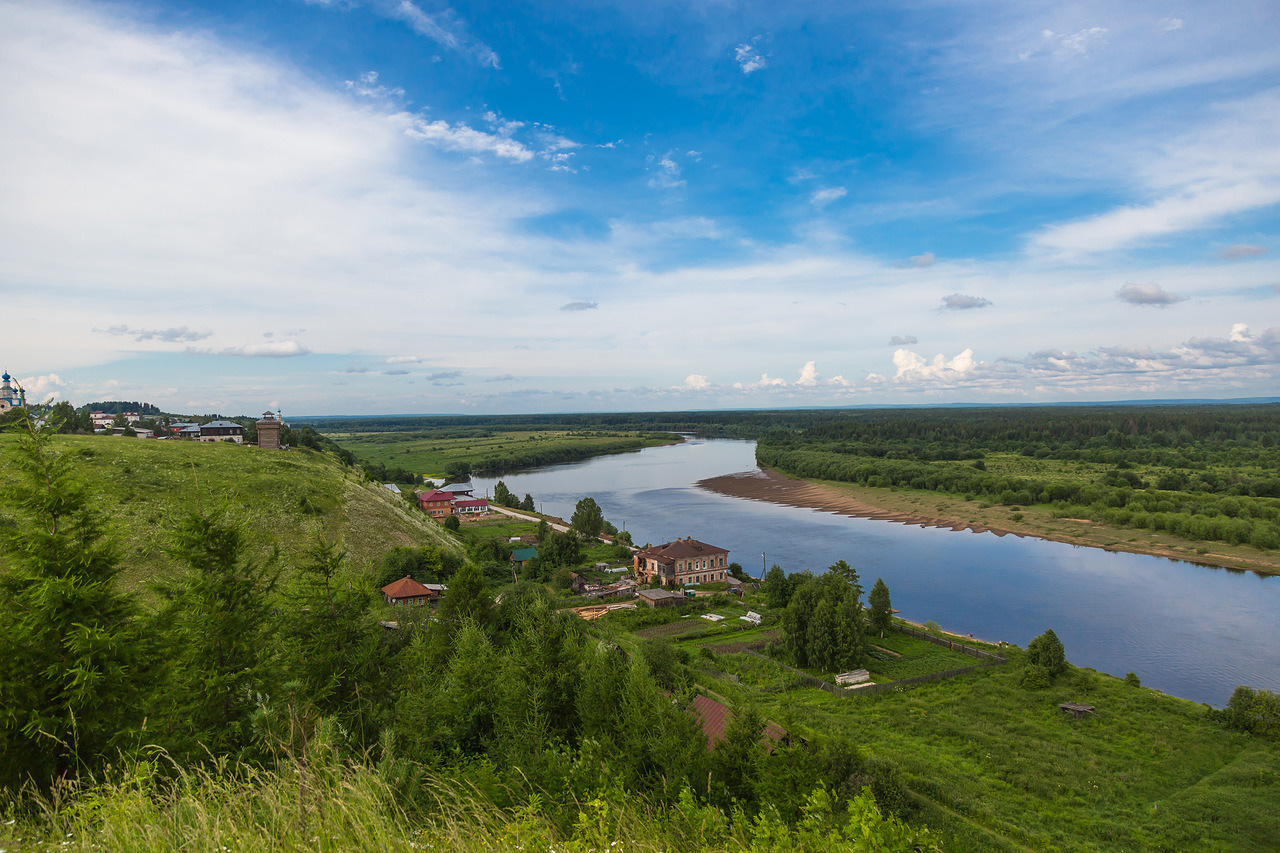 9 contemporary art works that will make you want visit Perm

It’s time to swim in the salt pit: 4 fun activities in a remote Urals town

Which Russian sites are worth including on the UNESCO World Heritage List?