9 contemporary art works that will make you want visit Perm 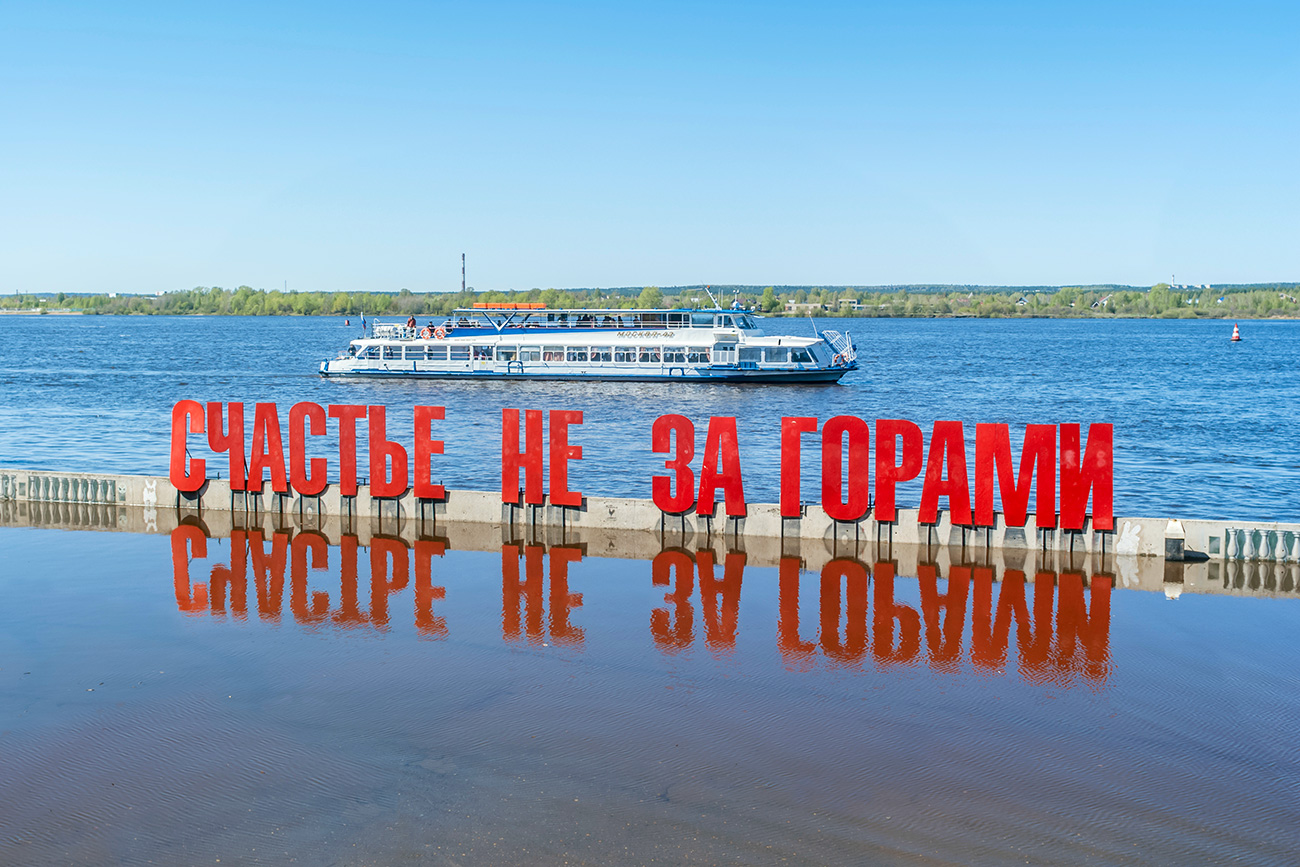 Legion Media
How can you make a place attractive for both ancient and contemporary art lovers? Well, you can learn from Perm. Located about 890 miles east of Moscow, the city has an ancient cultural heritage. Yet, contemporary artists in Perm also have something to show. 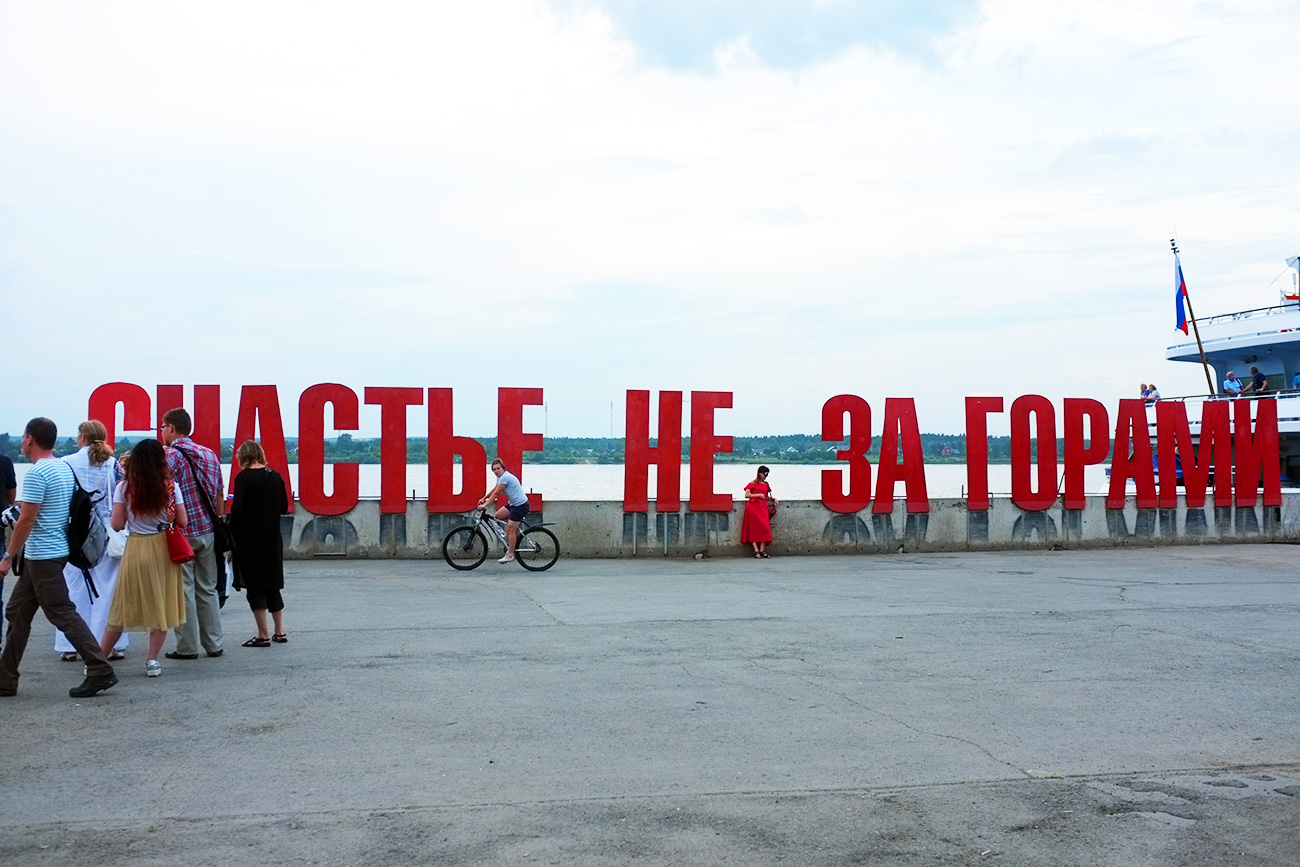 'Happiness is not far away.' / Anna Sorokina

1. The art work, Schastye ne za gorami, (“Happiness is not far away”) was created by artist Boris Matrosov for the ArtPole (Art Land) festival. In 2009, it was moved to Perm to take part in the art event organized by the PERMM museum of contemporary art that was headed by the famous Moscow gallery owner and art curator, Marat Guelman. This popular monument on the Kama River Embankment in downtown Perm is now one of the city’s newest symbols. In 2012, it got five seconds of fame in Kanye West’s music video “White Dress.” 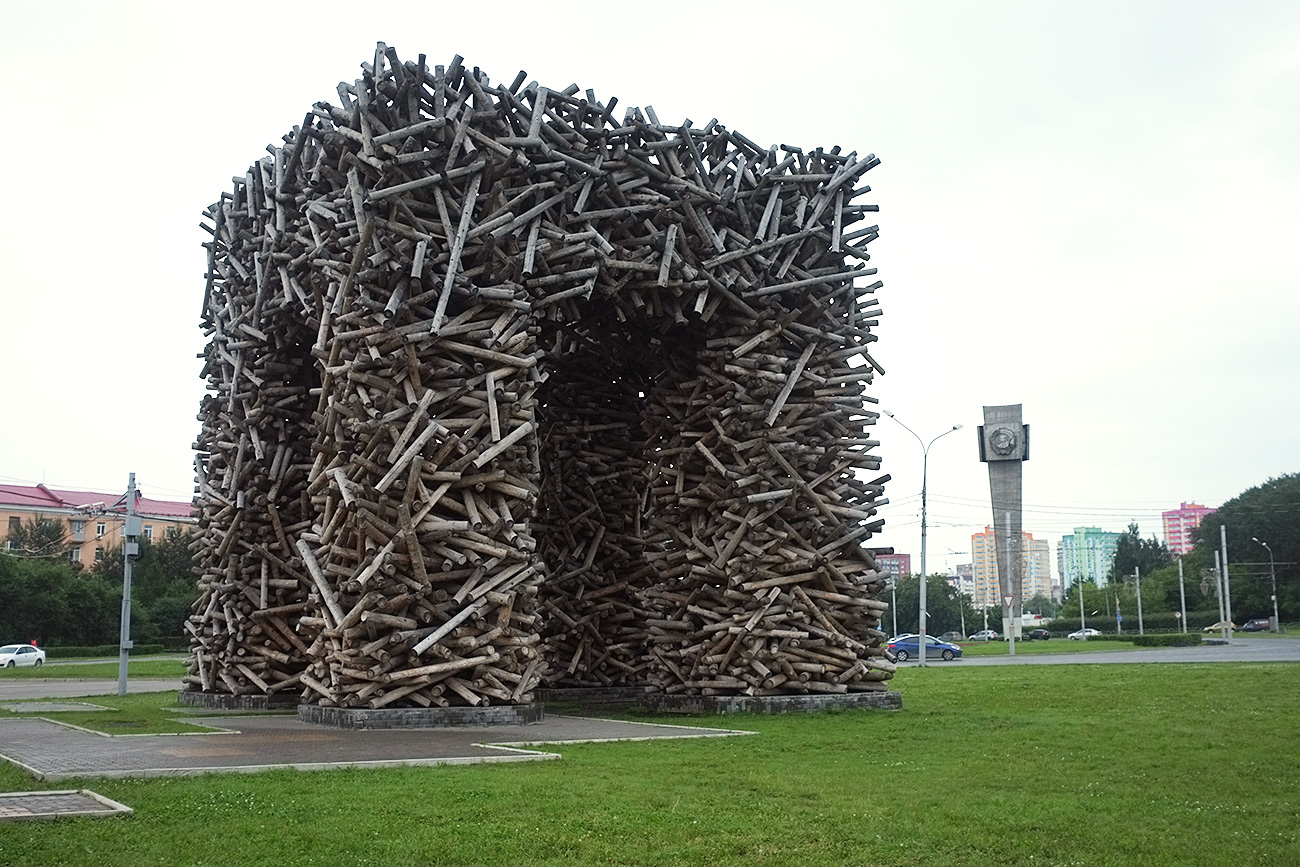 2. Talented contemporary artist Nikolai Polissky is famous for his land artworks in the village of Nikola Lenivets near Moscow. In Perm in 2011, he placed the wooden letter ‘П’ [which is the Russian ‘P’] near the railway station. The Permian gate is an ecological take on the Arc de Triumph with its facades looking at the four sides of the world. 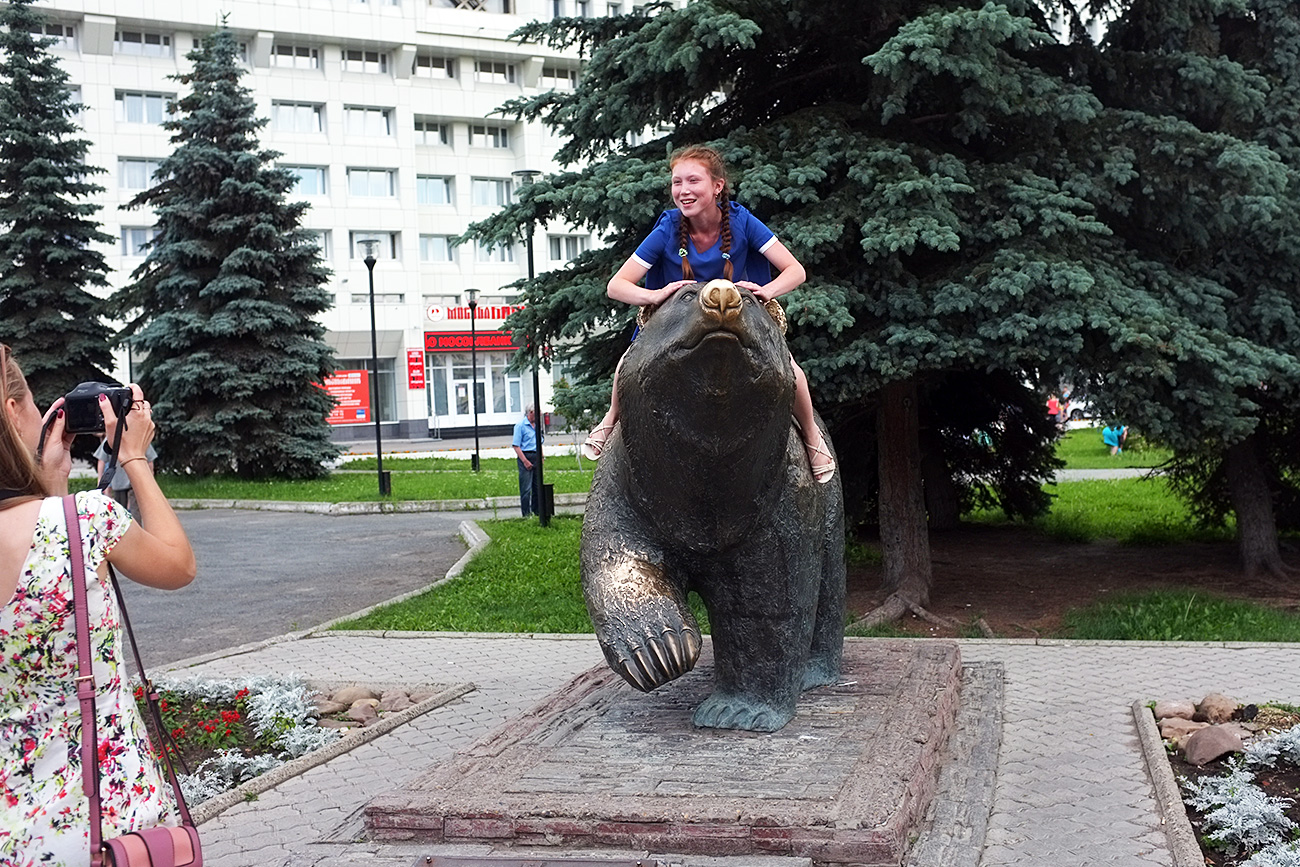 3. If you still believe that bears roam Russian streets, Perm will not surprise you. You can easily find and take a photo with a brown bear, but one made of bronze. Called The walking bear, it was made in 2006 by Vladimir Pavlenko, a sculptor from Nizhny Tagil. The artwork is situated in the city center on Lenin Street, near the Ural Hotel. 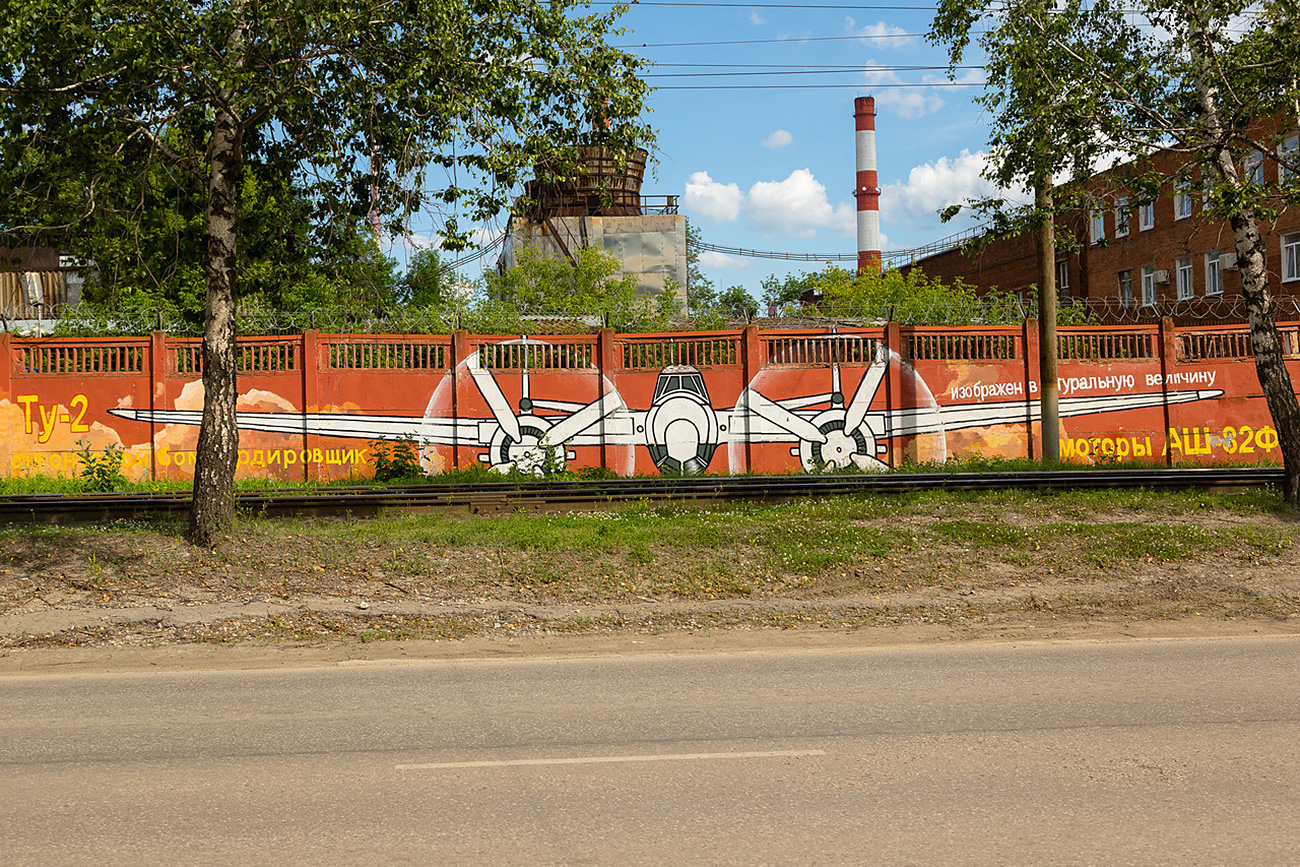 4. An open-air museum with paintings on the concrete fence of the Perm Motors Plant appeared in 2016. All World War II aircraft equipped with engines made at this plant are immortalized on the fence.

Among them are the I-16, La-5, La-5FN fighters, Cu-2 and Tu-2 bombers, and Li-2 transport plane. In total, there are 19 jets, five helicopters, four aircraft engines, two reductors and two missiles drawn on the grey concrete canvas.

The length of the artwork is about one kilometer, and it took 1,243 aerosol color cans and about one ton of façade paint to complete. 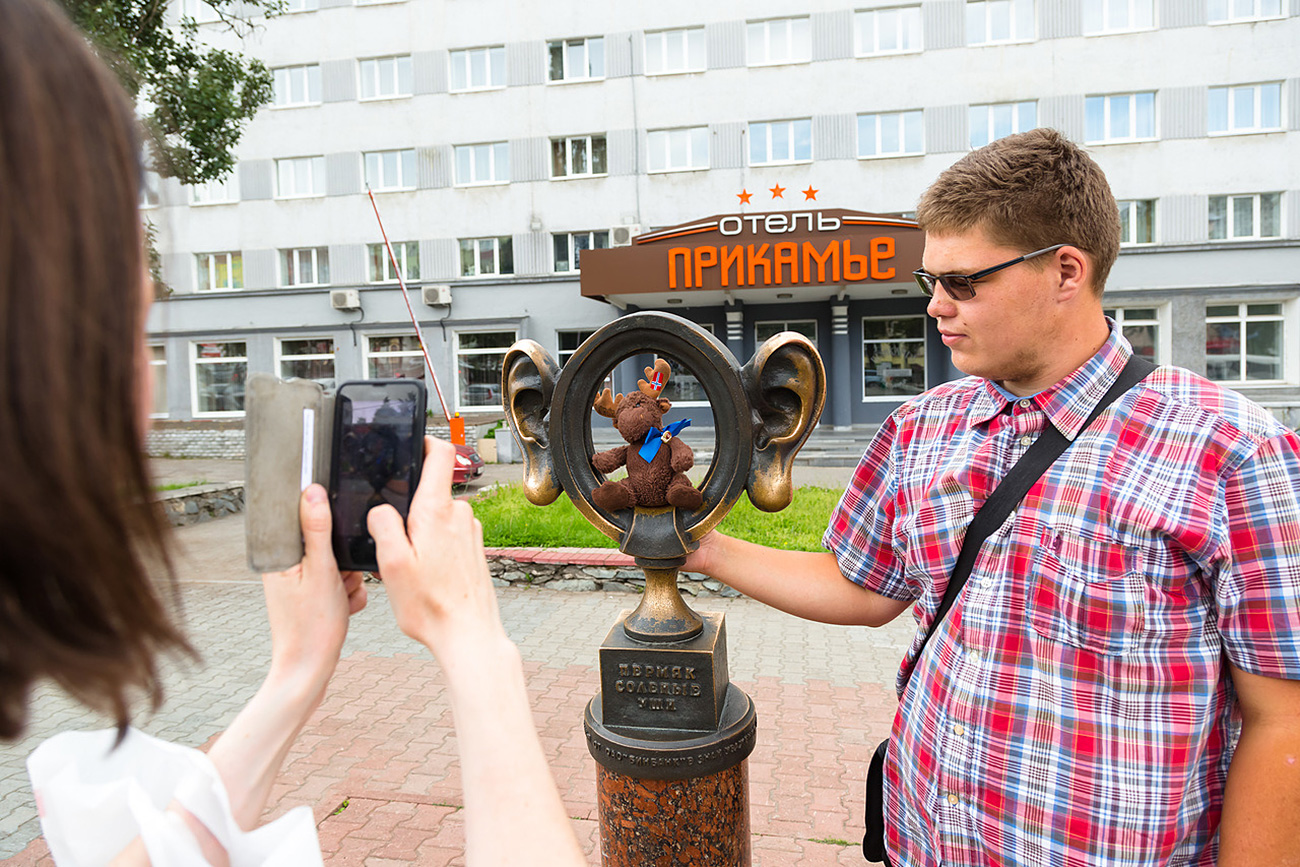 5. For a long time, salt production was the main occupation for many inhabitants in the Perm Territory. Legend has it that the workers who used to carry bags of salt on their shoulders had big red ears because of the salt rubbing on them. That’s why all Permyaks (the Russian name of Perm residents) have been nicknamed Salty Ears. Opened in 2006, the monument to salty ears near the Prikamye Hotel in the city center on Komsomolsky Avenue is a popular place for taking photos. 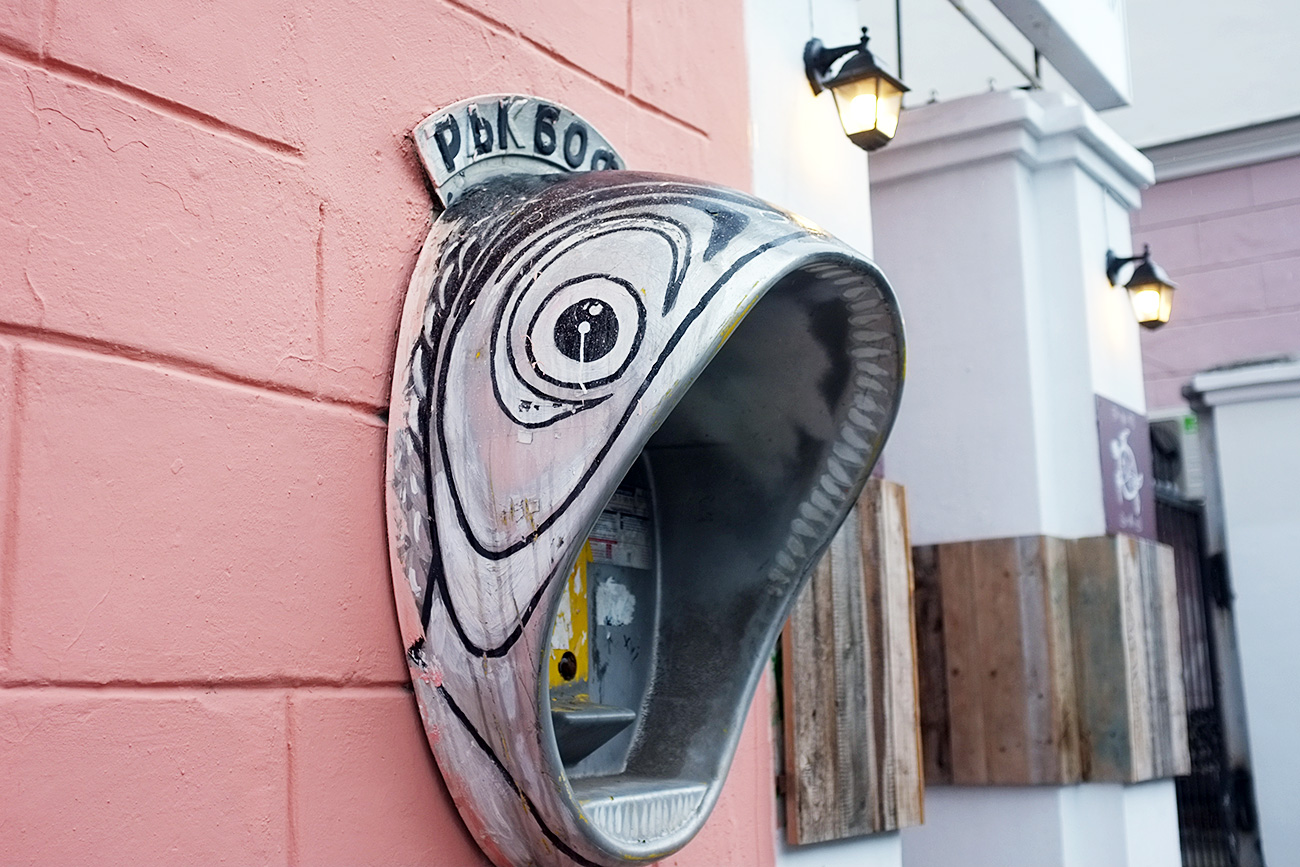 6. In 2011, Urals street artist Alexander Zhunev turned old public phones into fish and called them Rybkophone (“Fishphone”). Today, one in the shape of a carp can be found on Komsomolsky Avenue in the city center. 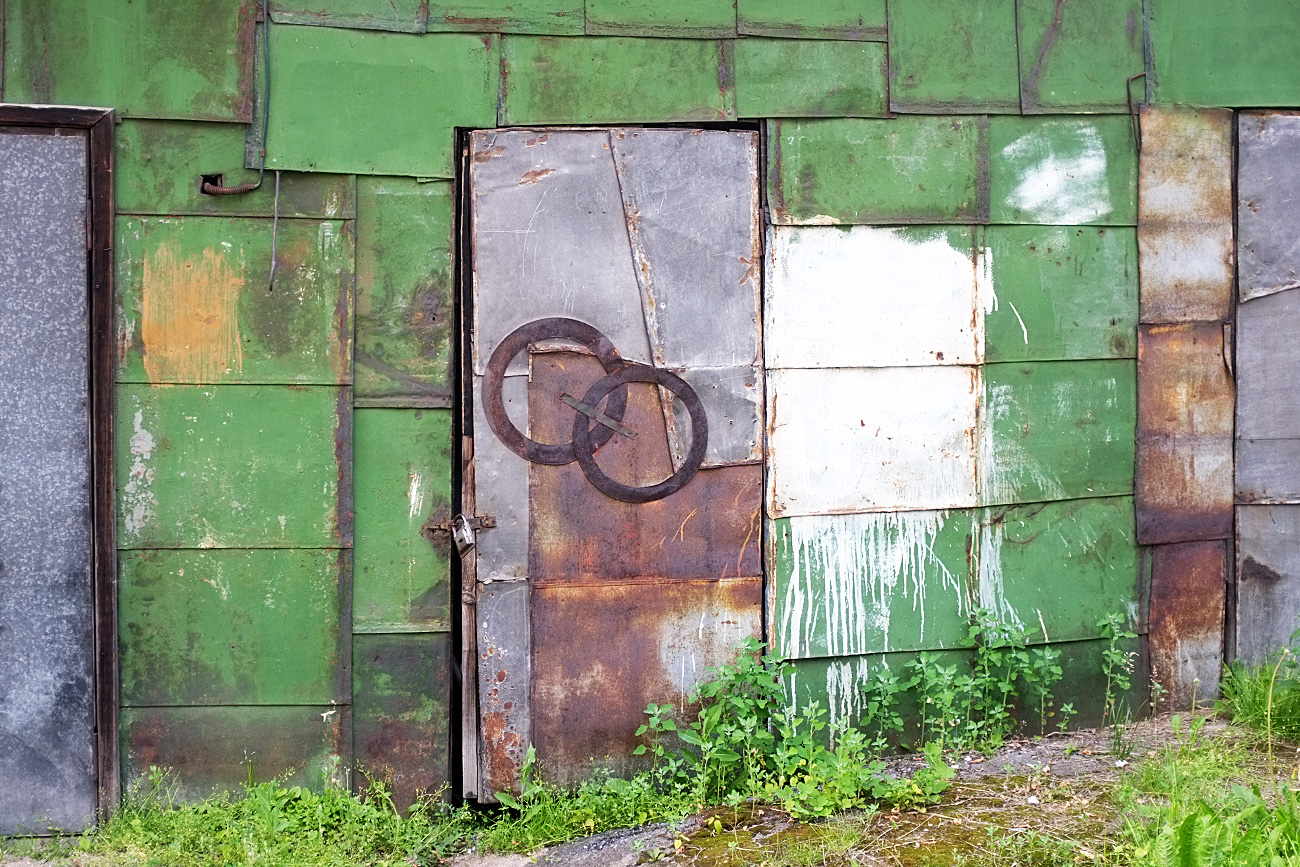 In the backyard of the Perm Art Gallery. / Anna Sorokina

7. The composition by Alexander Rodchenko in the backyard of the Perm Art Gallery appeared when young artists noticed that some of Rodchenko’s works were temporarily moved during maintenance. They thought this was a perfect place and decided to repeat his creation in metal. 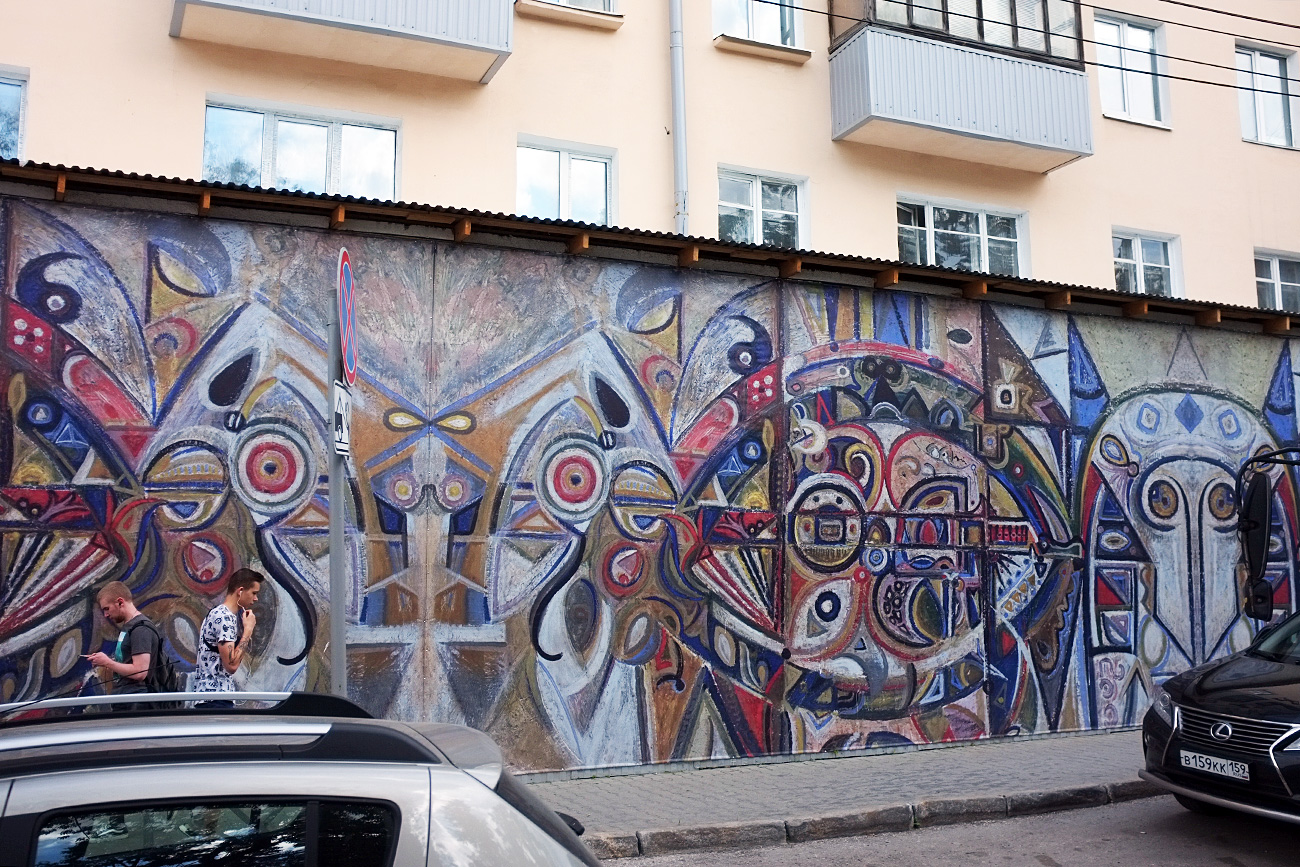 8. Apart from being just beautiful (or horrible), graffiti also has a decorative function – to hide unattractive façades. This ornamental painting masks construction works on Sibirskaya Street. 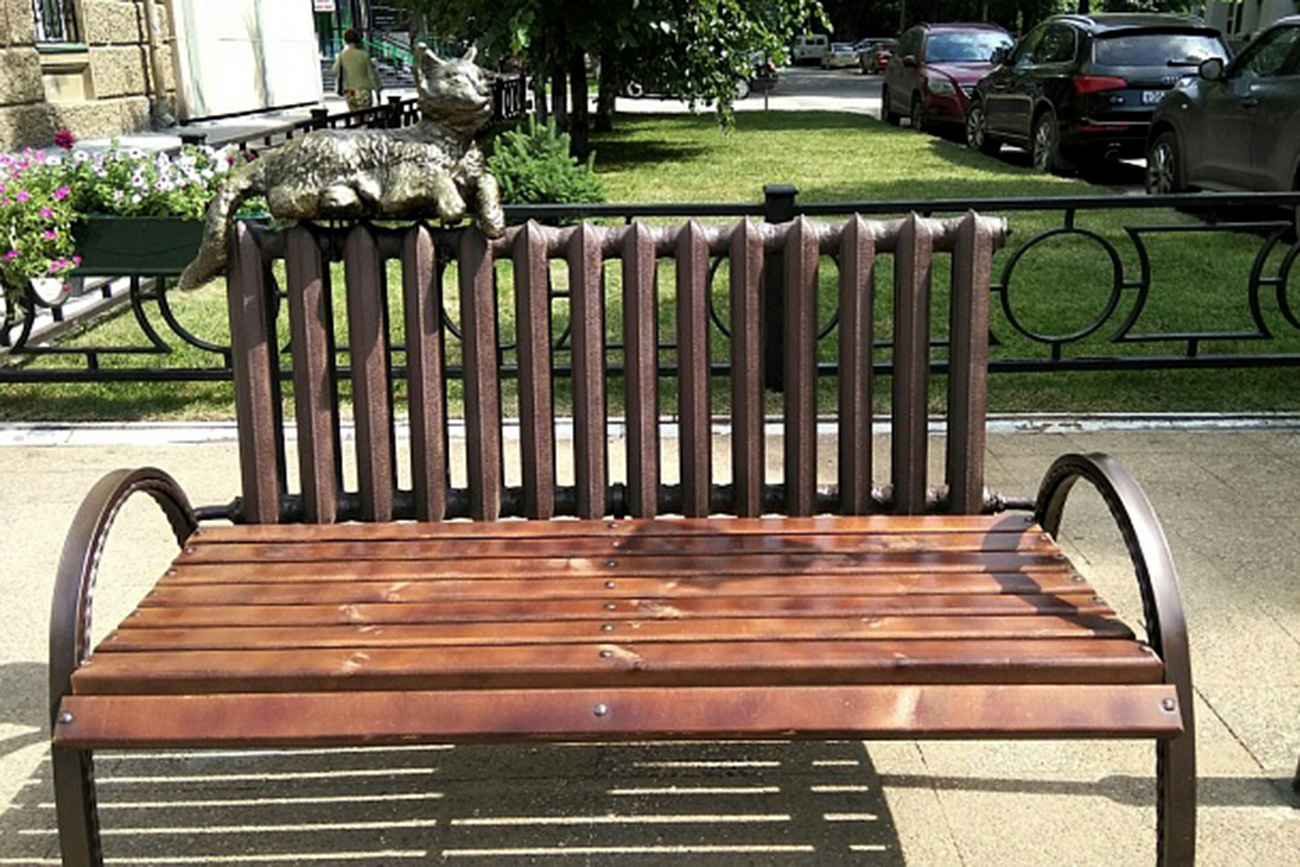 A cat lying on a radiator. / Visitperm.ru

9. In 2017, near Komsomolsky Avenue 48, a monument appeared showing a cat lying on a radiator. Made to celebrate the 75th anniversary of the Prikamye Energy System, the installation also serves as a bench where tired tourists can rest.