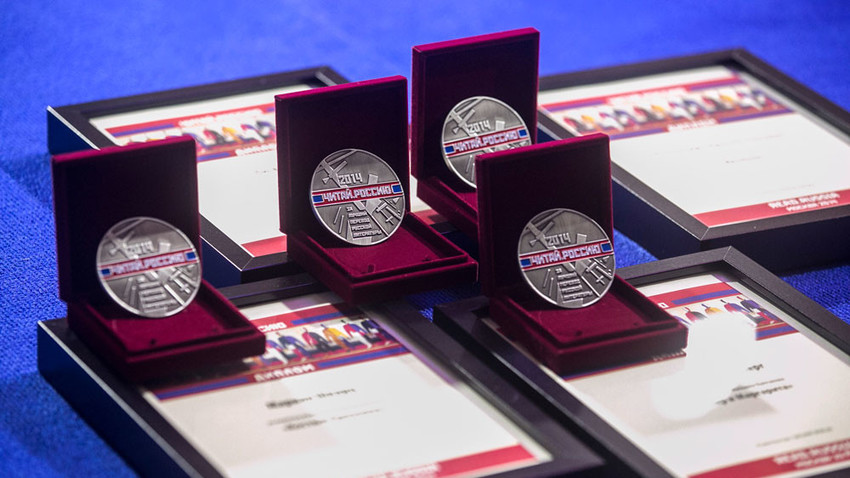 What is the prize?

Read Russia Prize is the only award that recognizes newly published translations of Russian literature into foreign languages. It was founded in 2011 by Russia’s Institute of Translation to popularize Russian literature abroad and is supported by the Federal Agency for Press and Mass Communication and the Boris N. Yeltsin Presidential Center.

The prize is awarded every two years for works of Russian literature published in new English translations in any of the following categories:

How big is the award?

Read Russia presents prizewinners with a cash award of up to $10,000, divided at the discretion of the prize jury between the original English-language publishing house and the translator(s) of the work.

How can you apply?

All new English-language translations of Russian literature published in English between January 2016 and June 2017 are eligible for submission.

A digital copy of each of the English and the original Russian works should be sent to prizes@readrussia.org by October 31, 2017.

In addition, three print copies of the nominated English-language work and one print copy of the original Russian-language text should be sent to the Read Russia Prize address at:

When will the winners be announced?

The winners of each category will be awarded during Moscow’s biannual World Congress of Literary Translators organized by the Institute of Translation. The finalists of the English translation prize are automatically included in the long list of the global Read Russia Prize that chooses translator from all over the world.

How do you become a literary translator?

Last year's winner of the global Read Russia Prize Lisa Hayden has written an informative and useful blog on how to become a literary translator. Her key advice is:

Who are the past winners?

Previous winners have included Oliver Ready, for his translation of the novel Before and During by Russian author Vladimir Sharov, and Joanna Turnbull and Nikolai Formozov for their translation of Autobiography of a Corpse, a collection of tales from Russian writer Sigizmund Krzhizhanovsky.

American Marian Schwartz got the prize for her translation of Leonid Yuzefovich’s novel Harlequin’s Costume, again in the contemporary literature category.

John Elsworth from the UK for his translation of Andrei Bely's Petersburg in the category of 20th Century Russian literature.