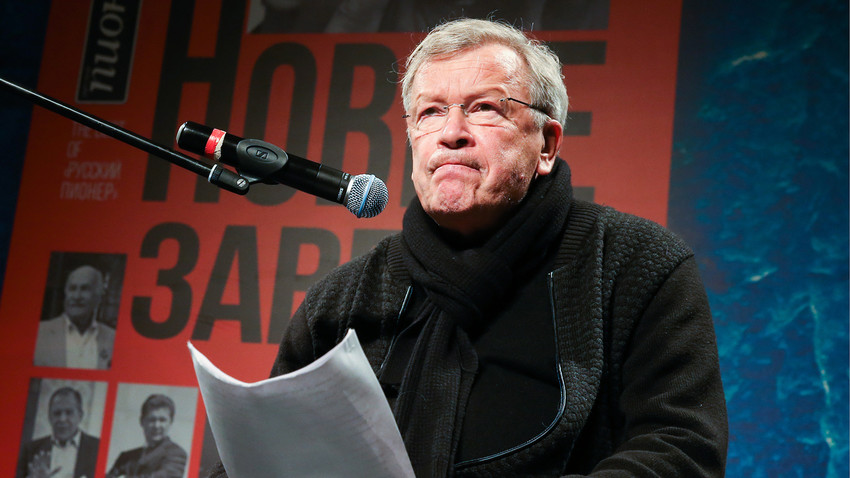 Vyacheslav Prokofyev/TASS
His novel, 'Russian Beauty,' has been translated into dozens of languages

Writer Viktor Erofeyev was born on Sept. 19, 1947 in Moscow. He was the son of a diplomat and Stalin’s personal translator, and spent his childhood in Paris. Despite this, Erofeyev quickly declared himself a rebel at the start of his writing career. In 1979, he organized publication of the samizdat collection, Metropol, publishing uncensored works by famous Soviet writers – including VasilyAksyonov and poet Bella Akhmadulina.

His underground publishing work eventually cost his father his diplomatic career – a saga that Erofeyev would later use as the plot for his novel, The Good Stalin. Erofeyev was not published in the Soviet Union for a decade after this, and his popularity coincided with the collapse of the Soviet Union.

His first novel, Russian Beauty, was published in 1990, and was a huge international success, translated into several dozen languages. The author is not afraid of shocking and challenging readers with titles like, The Good Stalin, The Russian Apocalypse, and The Light of the Devil. He indefatigably tries to understand the mentality and motivations of the Russian people, something that he has repeatedly referred to in recent works.

literature On this day