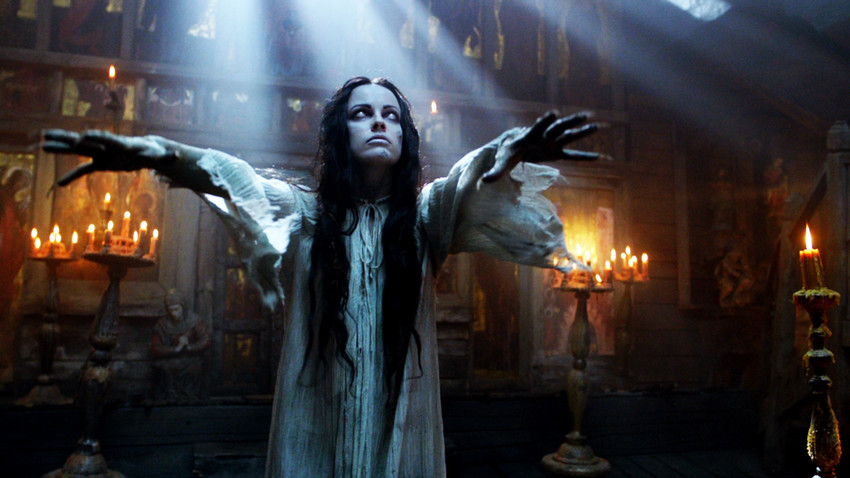 A screenshot from the 2014 movie 'Vyi' based on Gogol's story

kinopoisk.ru
Do you like Stephen King? Well, the horror genre in Russia is already more than 150 years old. Here are the scariest examples. 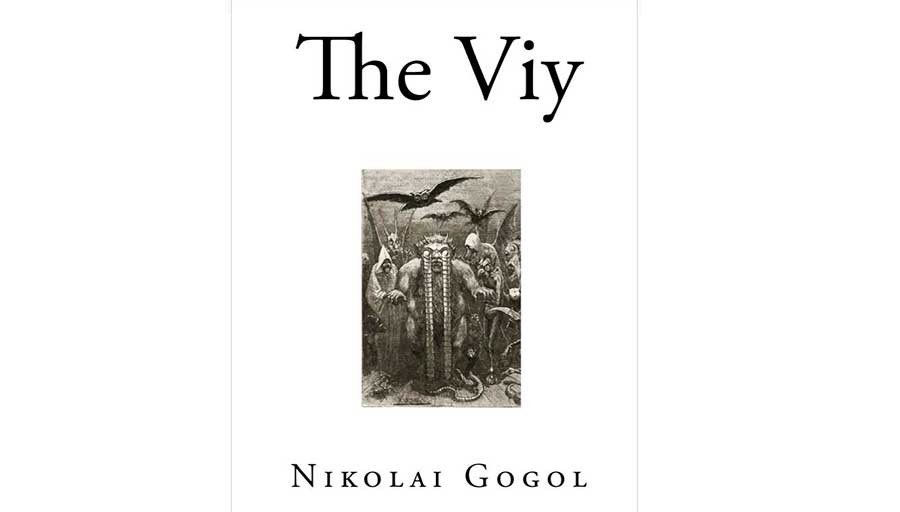 Despite the title, Nikolai Gogol’s Dead Souls has nothing to do with the horror genre, but his other story, Vyi, is one of Russia's first true horror stories. This is the tale of a priest who has to hold a funeral service for a young girl. This funeral would have been routine, except that the dead girl suddenly wakes up as a witch and calls on her devilish friends and ghouls to form a coven. Vyi is the name of their leader, who is the most frightening and ugly. From the not so widely known, and not so often screened works, there are several other Gogol horror stories including May Night, orThe Drowned Maiden and A Terrible Vengeance. But these are probably too scary to read.

The Vampire, by Aleksey Tolstoy 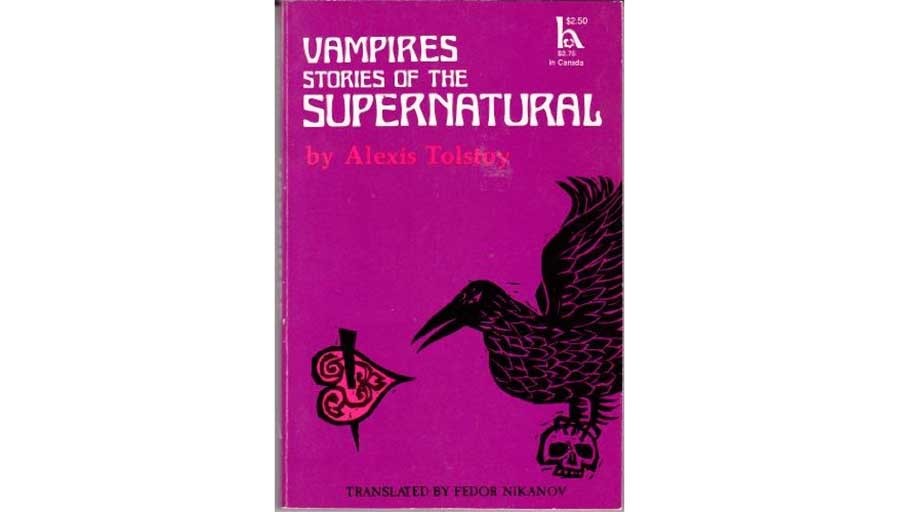 This gothic was well received by Russian critics, who admit that it’s a multi-level, imaginative and complicated narrative. The story is about a ball attended by vampires – a stranger even tells the main character that he personally attended the funeral of some of the guests. In the end, you aren’t sure whether the vampires are real, or a figment of the main character’s deranged imagination.

As a young man, Aleksey Tolstoy wrote another novella, The Family of the Vourdalak, which is about a family in a Serbian village that becomes the living dead. 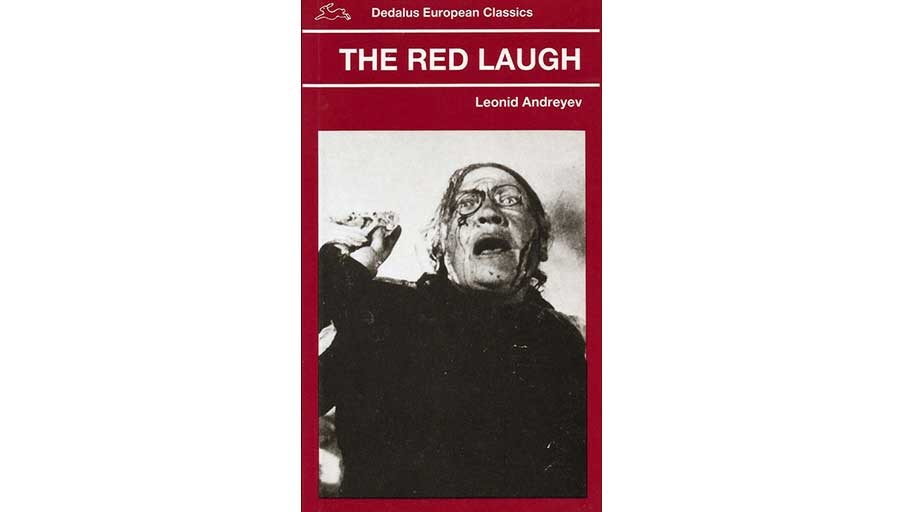 Andreev is one of the most outstanding Russian writers, one who is not afraid of any topic and reference (even to tell the story of Judas from the other point of view). So, his horror is not connected with evil forces, but with human madness, which is maybe even scarier than the simple, “boo,” and the living dead. The Red Laugh is about a man absolutely exhausted by war, crossing the desert with his regiment. He starts and believes that a red satanic laugh follows him everywhere. Another scary story, The Abyss, is about a couple walking in the forest, but some tramps beat the man and rape the woman. The man finds her unconscious body, and kisses her in a nervous breakdown… The story ends this way, “And the black abyss swallowed him.”

critics that Doghead is “Stephen King visiting Alexei Ivanov.” Three Muscovites come to a remote village and in the abandoned church they see the image of St. Christopher with the head of a dog, and then they see the resurrected creepy doghead demon. Ivanov is also the author of The Geographer Who Drank His Globe Away, The Gold of the Rebellion and other semi-historical novels that take place in Siberia.

The Awkward Age by Anna Starobinets 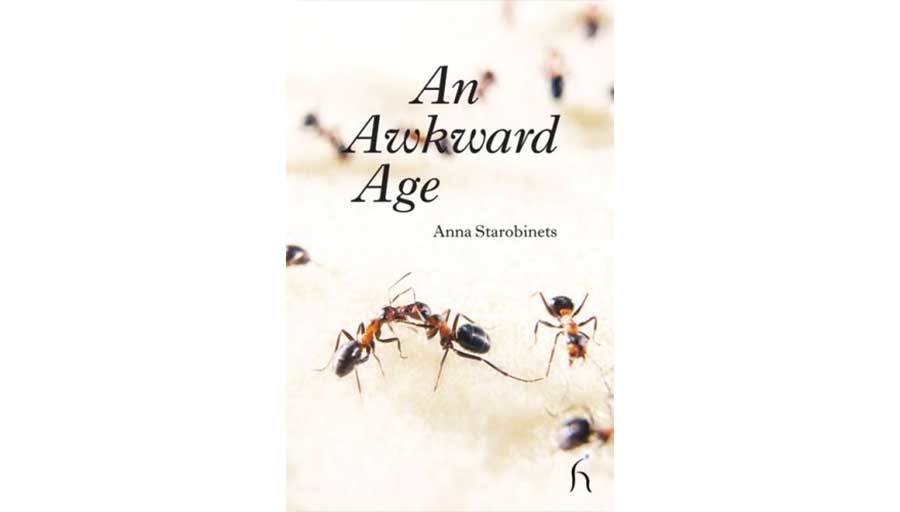 Russia’s “Queen of Horror,” and Russia’s Stephen King, Anna Starobinets writes stories that will make your hair stand on end. The Awkward Age is the story of a mother who finds her teenage son’s diary that recounts how a queen resides in his mind and lays bare her insidious plan to capture the boy’s body and then conquer humanity. Ants are everywhere, so if you have a phobia to ants, we advise you not to read this! Starobinets’s horror takes various forms, from fantasy and mystic stories to a futuristic dystopian novel such as The Living.