5 intriguing facts about great poet Marina Tsvetaeva that you can’t find on Wikipedia!

Culture
Sarah Chatta
Marina Tsvetaeva was one of the most influential poets of the 20th century – but also one of the most difficult to understand, not to mention translate. This Oct. 8 marked the poet’s 125th birthday, and to celebrate here’s a short list of the most intriguing, but often overlooked facts about her life. 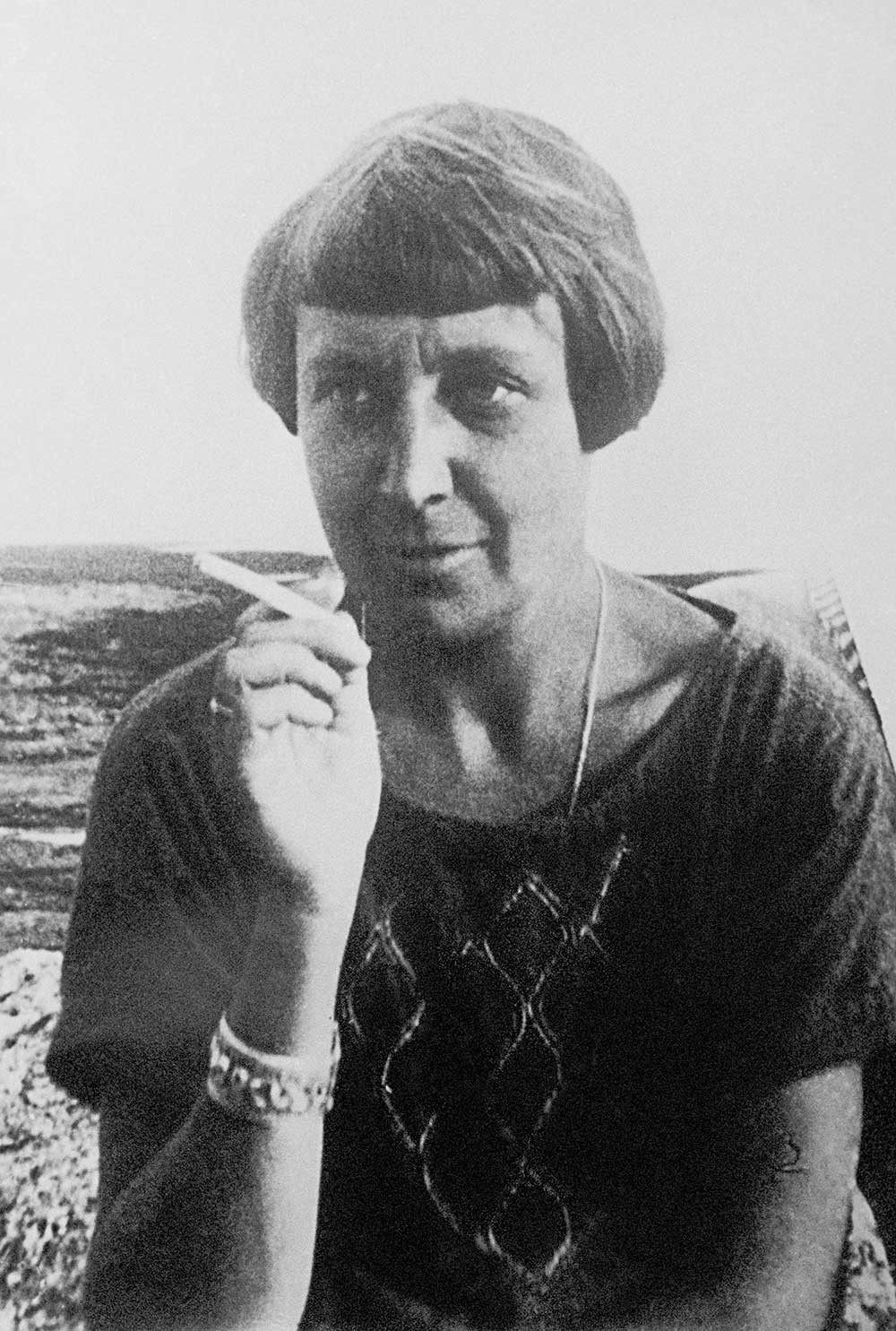 1. She was a child prodigy and a polyglot

Marina Tsvetaeva came from a very artistic family. Her father was a professor of fine art who founded the Pushkin Museum of Fine Arts, and her mother was a concert pianist, one of Nikolai Rubinstein’s best students. Perhaps because she was surrounded by art and music, Marina was an extremely precocious child. She began writing poetry at the age of and took rigorous piano lessons. At 16 she was studying at the Sorbonne in Paris, and around the same she started writing poetry in French and German as well. Her first book of poetry was published when she was just 18-years-old. By the time she was an adult, Marina could speak and read in Russian, French, German, and Italian, and her letters to renowned poet Rainer Maria Rilke were written in German.

2. Marina had a ‘complicated’ relationship with her mother

Maria Alexandrovna (Marina’s mother) suffered many disappointments in her life. The first: After having an affair with a married man whom she loved, Maria was forced to marry Ivan Vladimirovich Tsvetaev. Together they had two daughters, though she desperately wanted sons. Maria was disappointed yet again when she discovered that her eldest, Marina, was giving up the piano to write poetry, and discouraged her from writing. When Marina was a girl, she learned of her mother’s unhappiness in her diaries:

“…having married a widower with two children to the misfortune of those children and of others, while loving and continuing to love the other one…” (as Simon Karlinsky quotes her in his book Marina Tsvetaeva: The Woman, Her World, and Her Poetry (1985).

So as Karlinksy writes, Marina felt unwanted by her mother and often daydreamed of being adopted by an imaginary devil. She said she had “a frenzied wish to become lost” in the city of when she was as young as three-years-old. When Marina was just 14 her mother died of but continued to be a central figure the poet’s writing and development, including in her memoir, My and Music.

Marina had at least two well-known relationships with women: The first, with poet Sophia Parnok, and the second, with actress Sofya Evgenievna Holliday. She documented her relationship with Parnok in the autobiographical novella The Story of Sonechka. At times, Marina would scoff at the social expectations of sexual identity in her diaries and letters: 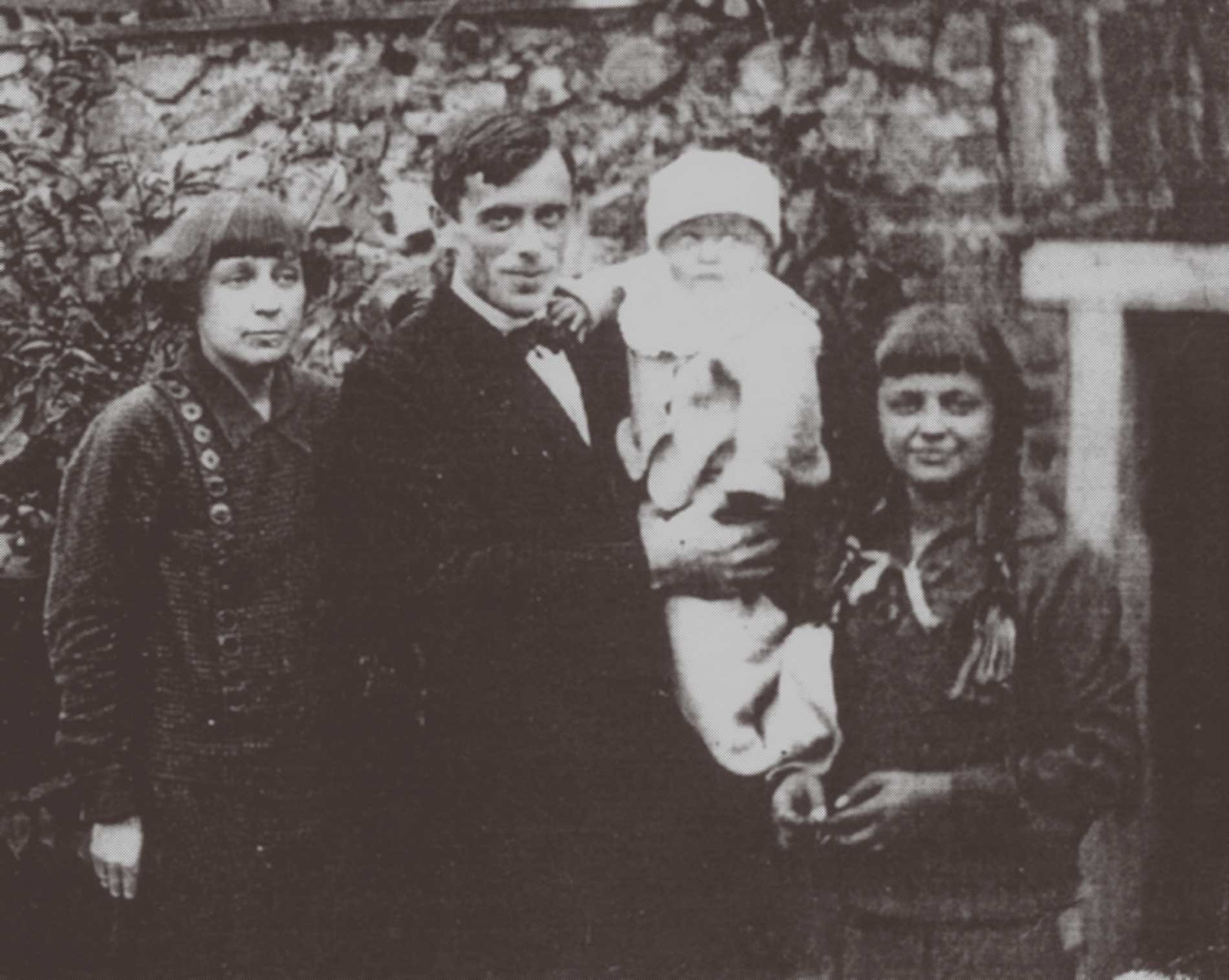 Marina Tsvetaeva with husband and children in Prague

4. There are still unanswered questions about Marina’s suicide

In 1939 she returned to Moscow after spending almost three decades in exile. She and her son Georgy (called often “Mur”) joined her daughter, and husband Sergei Efron. According to the Oxford Companion to English Literature, Alya’s fiancé was an NKVD agent tasked with spying on the family. On Aug. 31, 1941, in a state of utter Marina hanged herself. However, there are several notions as to why the famous poet committed suicide. Some say she was visited by NKVD agents who forced her to hang herself. The scholar Irma Kudrova offers three more possibilities concerning the poet’s death: 1. Marina’s sister, Anastasia, insisted that the poet kill herself in order to save Mur - 2. She suffered from mental illness - 3. She feared recruitment by the NKVD.

5. She viewed poetry as a source of life

Herpoems are famously difficult to translate, and this is partly because of the author’s philosophy of language and her relationship to poetry. She believed that words had a direct connection to the essence of “things” - to the spirit of life. Joseph Brodsky once remarked that: “Between word and action, art and life, for her there was no comma, no hyphen; Tsvetaeva put an equal sign between the two.” In fact, Tsvetaeva thought of poetry as a source of life itself:

Poems grow like stars, like flowers,
Like the beauty a family never needs.
And there’s only one answer possible
To praise, the apotheosis: Why to me?

We sleep—and then, between the paving stones,
The divine visitation, quatrefoil.
Understand me, world. The poet’s dream reveals
The law of stars, the formulas of flowers.

Trans. by Paul Schmidt, The Bitter Air of Exile, 94.