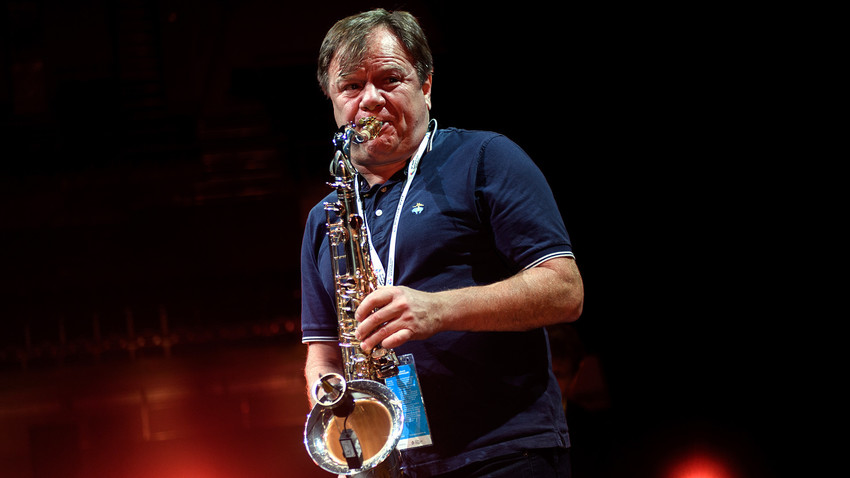 Evgeniya Novozhenina/RIA Novosti
He is one of Russia’s most famous musicians and an organizer of festivals.

Igor Butman is Russia’s most famous saxophone player and the organizer of many annual jazz festivals in Russia. Among them Triumph of Jazz in Moscow and St. Petersburg, Aquajazz in Sochi, Skolkovo Jazz, and more.

Butman grew up in the Soviet but moved to the U.S. in 1987 where he studied at the Berkley College of Music. In 1993, he returned to Russia and became a jazz bridge between Moscow and New York, playing in Russia with the likes of Eddie Gomez, Lenny White, John Abercrombie, and Joe Lock.

Supporting young artists is very important for Butman. “Our musical school is young, but there’s a lot of passion in our jazz,” he said this year. “Our foundation is a powerful army of classical musicians and we have a very strong academic school.”

Music in Russia jazz On this day