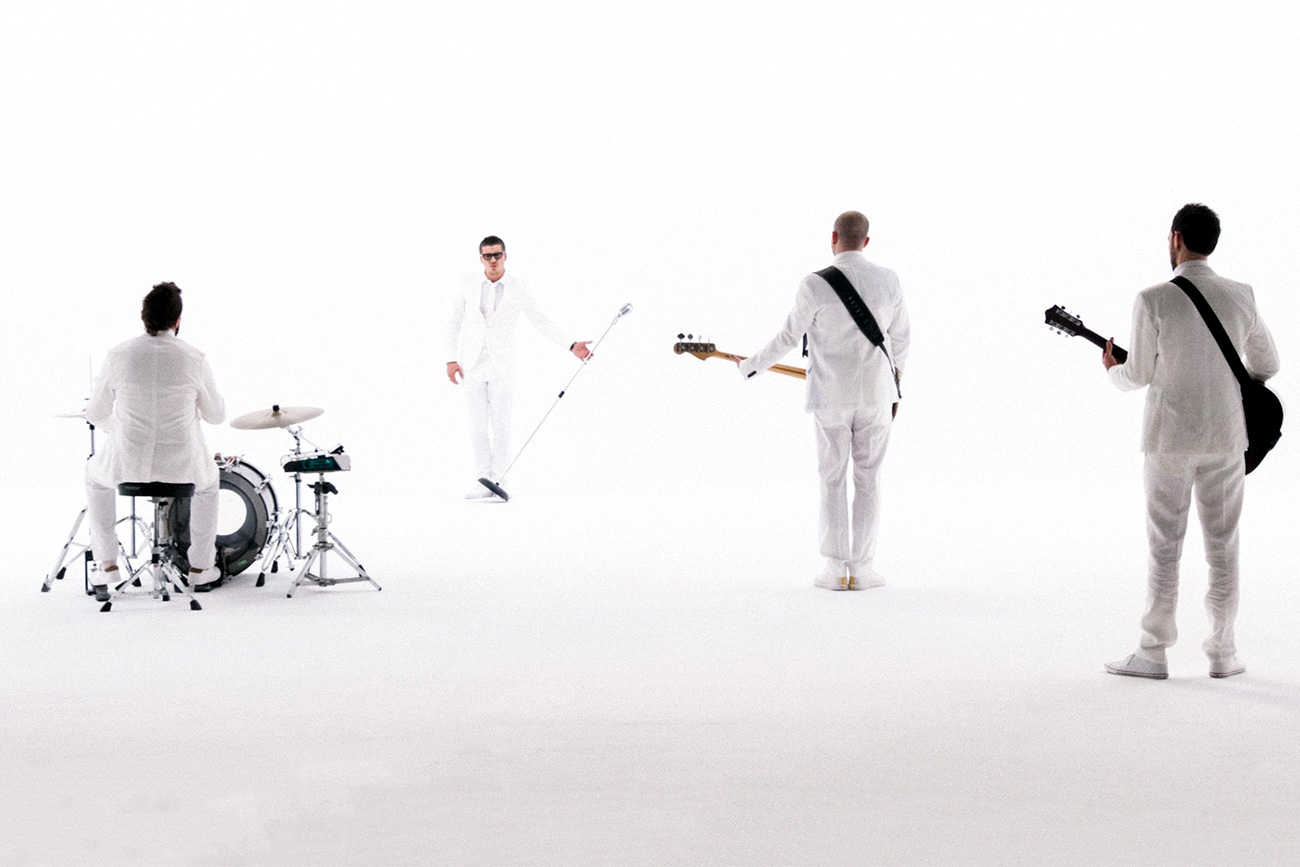 One of the most famous Russian musical group Therr Maitz.

Therr Maitz
Have you ever heard about these musicians? Even if not, include them in your playlist – you won’t be disappointed.

In Soviet times, there was an expression that crystallized the prevailing sentiment about jazz music, which was largely associated with the West and frowned upon as a result. People used to say: “Today he plays jazz, tomorrow he’ll sell out his motherland.” But in the last 25 years, jazz has flourished in Russia.

Igor Butman is Russia’s most famous saxophone player and the organizer of many annual jazz festivals in Russia. Among them are Triumph of Jazz in Moscow and St. Petersburg, Aquajazz in Sochi, Skolkovo Jazz, and more.  Butman grew up in the Soviet Union, but moved to the U.S. in 1987 where he studied at the Berklee College of Music. In 1993, he returned to Russia and became a jazz bridge between Moscow and New York, playing in Russia with the likes of Eddie Gomez, Lenny White, John Abercrombie, and Joe Lock.

Supporting young artists is very important for Butman. “Our musical school is young, but there’s a lot of passion in our jazz,” he said this year. “Our foundation is a powerful army of classical musicians and we have a very strong academic school.”

Frontman Anton Belyaev was fascinated by jazz as a teenager. At just 14-years-old, he was already performing in bands. In 2004, he created Therr Maitz, who play their own songs in English. The group was recognized as the best Russian group according to the 2016 MTV Europe Music Awards. Therr Maitz is often a guest at European music festivals including Sziget, New Wave, and Alfa Future People.

Noteworthy young artist Alina Rostotskaya sings in both Russian and English. She’s not only a vocalist, but also writes her own songs.

“I think that improvisational music is now broader than straight-ahead jazz”, said Rostotskaya to the Jazz Map magazine in 2013. “I want to go my own way. Respecting the classics, performing, developing, but moving in some Russified direction.”

Alina Rostotskaya, Flying over the city, in Russian

Pianist Daniil Kramer is one of the major figures of Russian jazz. For many, if his name is on the billboard then the concert is definitely going to be a success. Kramer is not only a bright composer and sensitive to different styles, but also an experienced teacher, TV-host, and public figure. He’s also the art director of many Russian jazz festivals in Saransk, Yekaterinburg, Samara, and other cities.

Music by The Kikipickles jazz band combines the rhythm of New Orleans, the fascinating melodies of Broadway, and the eccentric sounds of street artists. They often improvise during their performances - so each one is different.

The Kikipickles at the Krakow's main square

The Kikipickles use unexpected instruments: A washboard, tambourines, banjos, rattles, and more. The tuba as the bass makes the sound of the ensemble even more distinct.

Brilliant musician Ivan Farmakovsky is one of the leading jazz pianists in Russia. So far Farmakovsky has released three albums, two of which were recorded in New York in collaboration with outstanding U.S. musicians: Ryan Kisor, Ugonna Okegwo, and Gene Jackson.

The founder of the Cigar Hall band is Valention Lakodin: Jazz vocalist and contrabass player. Lakodin represents the new generation of Russian jazzmen. The band mixes traditional jazz with R&B, soul, and funk.

Pianist and master of smooth jazz and soul, Vladimir Agafonnikov founded this jazz band in 2004. Since then, they have been actively involved in international festivals, receiving prestigious awards at music competitions in both Germany and Poland. The Agafonnikov Band performs both their own original hits and covers.

Vadim Eilenkrig is a prominent Russian trumpeter, teacher, and TV host. His first solo album was released in 2009 on the Igor Butman record label in collaboration with musicians Chris Parker, David Garfield, and Randy Brecker.

Vadim has developed his own distinctive style and unique sound - and alongside his crew, is one of Russia’s most recognizable and popular jazz musicians.

Six young vocalists formed this improvisational jazz sextet. The audience at their concerts often look around for musicians, so skilled are they at imitating the bass guitar, saxophone, and drums.

To Russia with love: 6 American songs about world’s biggest country