Winter Palace illuminated red in commemoration of the 1917 Revolution 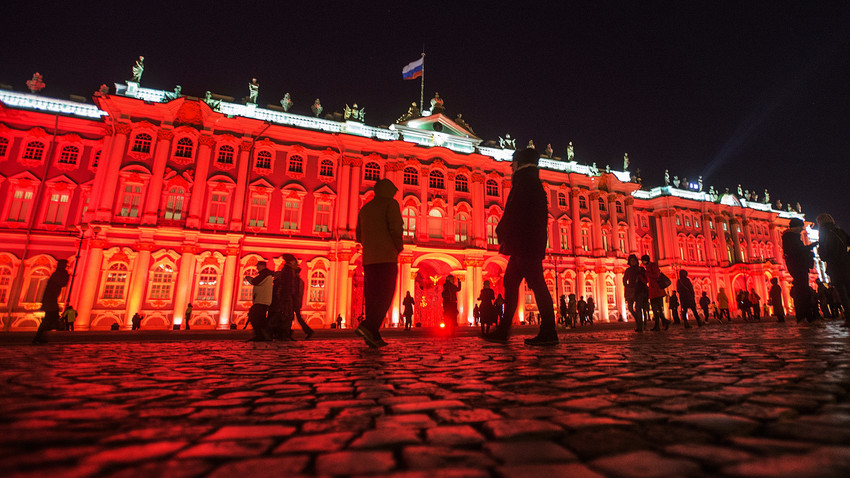 The Storming of the Winter Palace light show in St. Petersburg.

Aleksandr Galperin/RIA Novosti
For one night, the Hermitage was returned to the same color it had been painted during the Revolution 100 years ago.

On the evening of Oct. 25, St. Petersburg residents bore witness to an amazing spectacle: the Hermitage, the city’s most important museum, once again became red, just as it had been during the 1917 Revolution.

In addition, they restarted the clock in the White dining room, which had been stopped during the Revolution at 2:10 am. It was at this time 100 years that Bolshevik soldiers and sailors entered the Palace and arrested the remaining government figures. 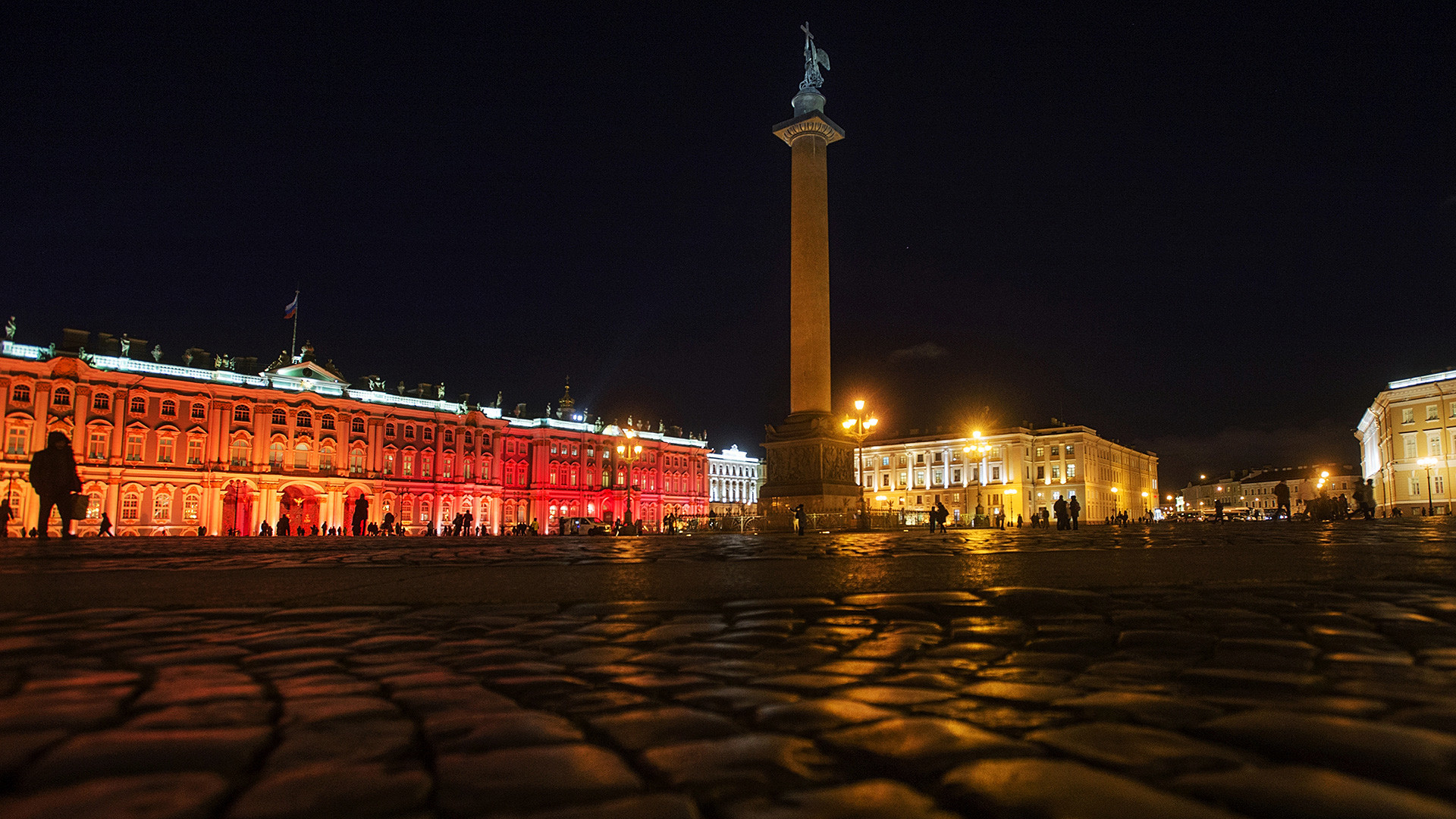 The Storming of the Winter Palace light show in St. Petersburg.

The Museum also opened an exhibition dedicated to the anniversary of the 1917 and staged a music and poetry extravaganza on the Palace Square. The exhibition will be open until Feb. 2, 1918.