Pindosy, Frogs, and Fritzes: mocking nicknames that Russians give to some nations 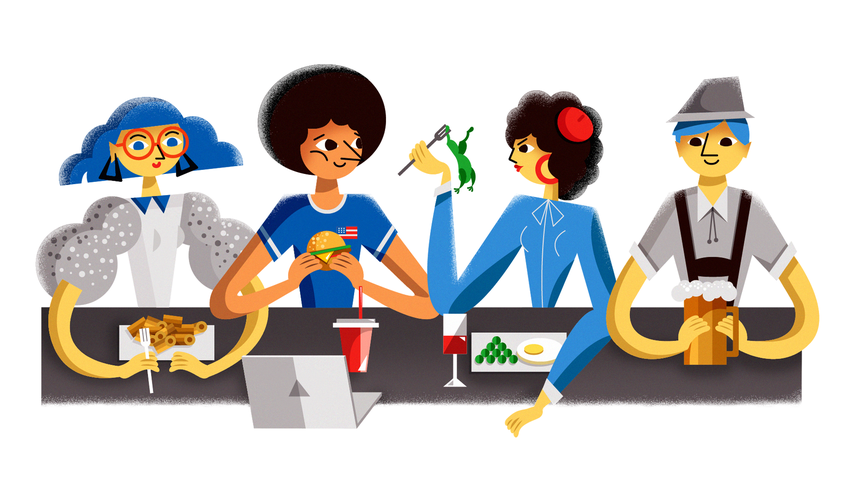 Stereotypes exist anywhere and Russia is no exception, so some Russian words used to mock the other nations are a bit strange

Natalya Nosova
Hopefully you’ll never be the target of these politically incorrect words from an irate Russian, but on city streets and in public transportation you might overhear some Russians making fun of other nationalities with these.

People everywhere like to make fun of other nations. Unfortunately, national and cultural differences sometimes generate animosity that leads to stereotypical and rude nicknames used to ridicule other groups.

In Latin America, if you’re Caucasian, you might be referred to as gringo. Meanwhile, the French like to call  boches. This happens everywhere – some people just like to be nasty. So, it’s no surprise that Russia has its own list of offensive nicknames for other nations. Here we go.

The name “Yankee” is quite common, and the British first used this for Americans during the Revolutionary War (1775-1783). Today, the entire world, including Russia, continues this tradition in order to ridicule Americans. But what’s with the mysterious Pindosy? That’s a tough one.

According to the most popular version, this nickname is quite old, and in the 18th-19th it was in fact used to describe Greeks. The Pindus Mountains are in northern Greece, and Russians who lived on the Black Sea coast at that time had some conflicts with the Greeks who sought refuge there, fleeing the Turks. And so, the Russians called them .

Fine, but what does this have to do with Americans? The word , almost forgotten in the late 20th century, suddenly was revived during the Balkan wars, when both Russian and American peacekeepers served side-by-side in the former Yugoslavia.

The word became associated with stupid and ill-bred, yet cunning and dangerous people (and it was also a bit reminiscent of several Russian curse words). So, Russians made the word a nickname for the Americans, who they didn’t like at all.

While is the most complicated one, other pejorative names are easier to understand. Some Russians call the French , which literally means “ people,” and this is because of a deep-rooted stereotype: the French are believed to enjoy eating frogs.

Of course, this is an exaggeration. While frog legs are a delicacy of French cuisine, they are quite an exotic one, and few French have tried this dish. Still, other nations go ahead and mock the French for this. Russians are not the only ones – in the 19th century the British press portrayed France’s Charles X as “King of frogs,” and the Americans today still use this word to denigrate the French.

Russia and Germany have had a long (and a bit troublesome) relationship, so there’s no surprise that Russians have pejorative nicknames for Germans. To begin, the Russian word for Germans, , is rooted in the word (dumb).

In the Middle Ages, when Germans visited Moscow, the locals were disappointed with the inability of their guests to answer in Russian. Since medieval Russians rarely ever saw foreigners and were no , to put it mildly, they decided that these Germans were absolutely unable to speak – the word was born.

Today, is a proper word with no pejorative connotations. Instead, Russians might call Germans Fritzy or Hansi, which are more offensive. These nicknames were born during World War I when Russian soldiers realized that Fritz and Hans were the most common names among their German captives. In a similar way, Germans and other nations often call Russian “Ivans.”

Food nicknames again! While not every Frenchman eats frog legs, delicious pasta is truly something that every Italian and is one of the country’s national symbols. Oddly enough, some Russians use it to create a disrespectful nickname.

Makaronniki literally means “macaroni people.” This type of pasta is also very popular in Russia, so it’s not so nasty a nickname, and can even be considered mildly friendly in a poking-fun sort of way.