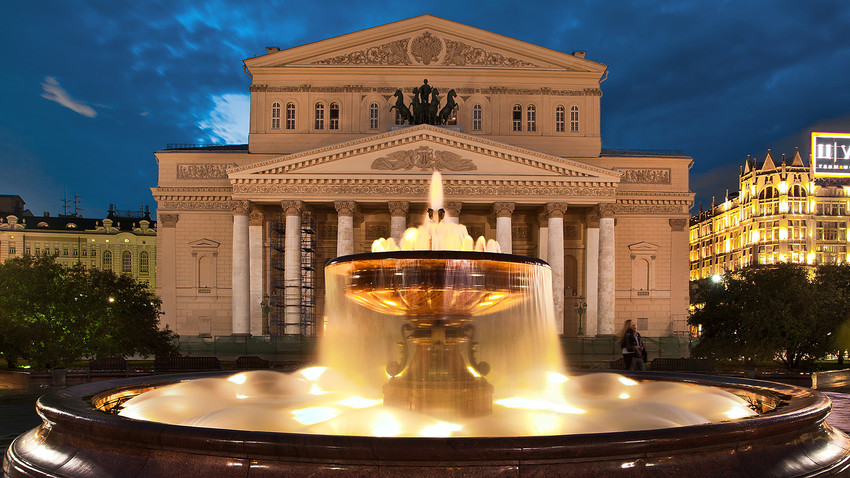 The Bolshoi Theater attracts many tourists.

Konstantin Kokoshkin/Global Look Press
Some people dream about seeing Swan Lake at the Bolshoi but think the tickets are far too expensive - think again. There are ways to park your behind in a seat without breaking the bank.

The most convenient way to buy a ticket for a classical Russian performance is to visit the theater’s official website and buy directly. It’s a great option if you know Russian because you can buy tickets online at almost any theater across the country. You can choose your seat from a plan and some theaters also show the level of visibility from each particular spot - just in case you don’t fancy a huge column obstructing your view.

Usually, the Bolshoi starts selling tickets three to four months ahead of each performance. Cheap tickets sell out very quickly so make sure to snap them up when you have the chance. For example, Bolshoi tickets for the Christmas fairy ballet The Nutcracker sold out by the end of October. The cheapest price was 1,000 rubles ($17)!

More and more Russian theaters are creating English versions of their websites, but not all. If you don’t speak the language, get a Russian friend to help - perhaps even buy them a ticket to say thanks.

If you have time, you can visit the theater’s office and ask a seller for a good ticket. The seller might not speak language but they can advise the best tickets or suggest discounts. Often a theater sells reduced tickets just before each performance if there are free seats. Also, many theaters have discounts for students (not only Russian) and seniors. For example, if you have an ISIC card, you can buy a ticket to the Mikhailovsky Theater in St. Petersburg with 50 percent discount.

There are several websites where you can buy tickets for theaters, concerts, and other events in Russia.

The biggest  Yandex.Afisha(switch to English at the bottom of the site), (in English), Kassir(only in Russian), Red Kassa(only in Russian). They all sell tickets with a small margin, but it’s easy to use them to navigate events, especially if you’re not sure which performance to see. 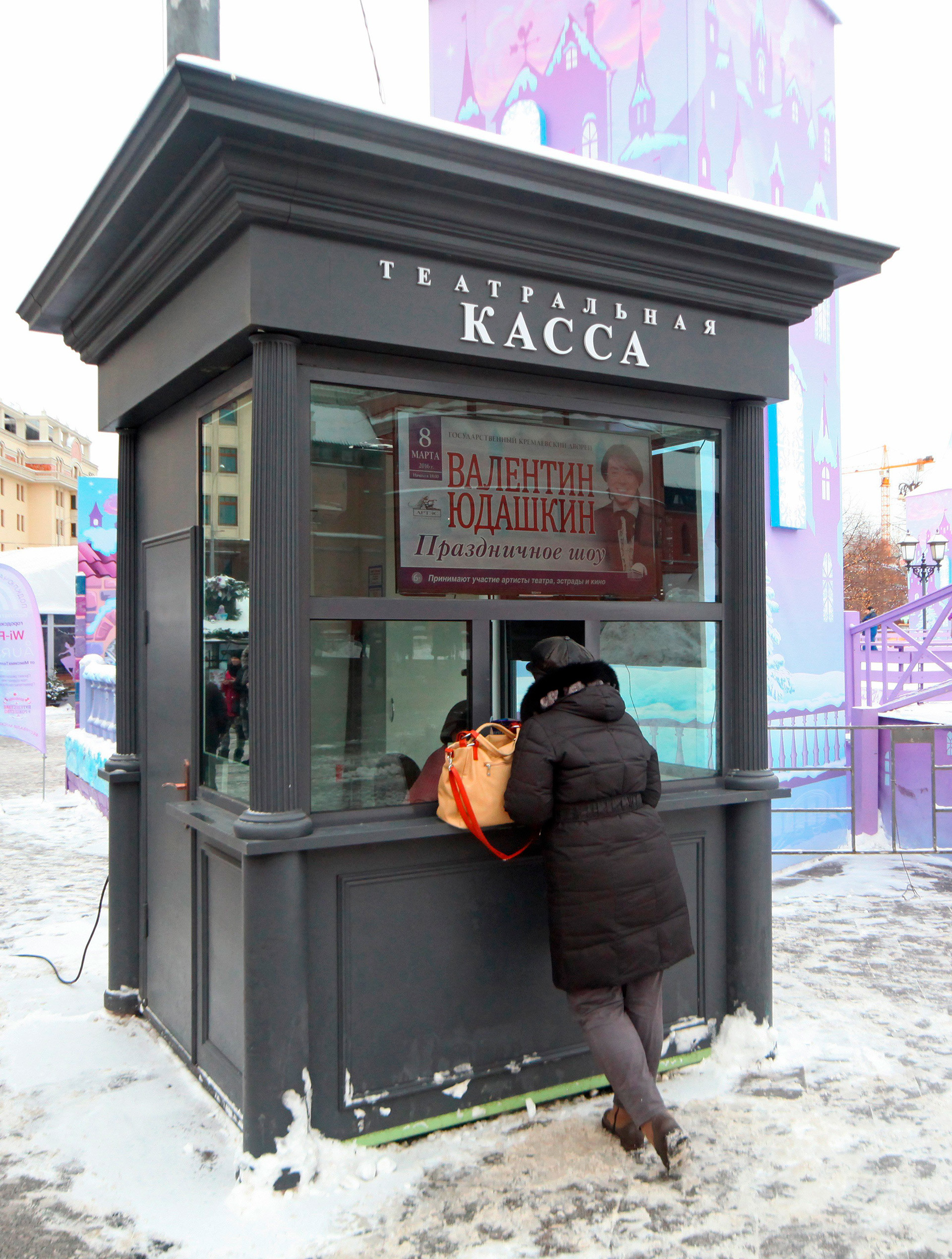 You can find the theatrical kiosk everywhere in Moscow.

are a lot of kiosks that sell theater tickets. In Moscow, for example, you can find them everywhere - even on the outskirts, but the most popular located near the Bolshoi (near the exit of the Teatralnaya Metro station). Be warned, these tickets are usually more expensive and there are no guarantees the sellers speak English. 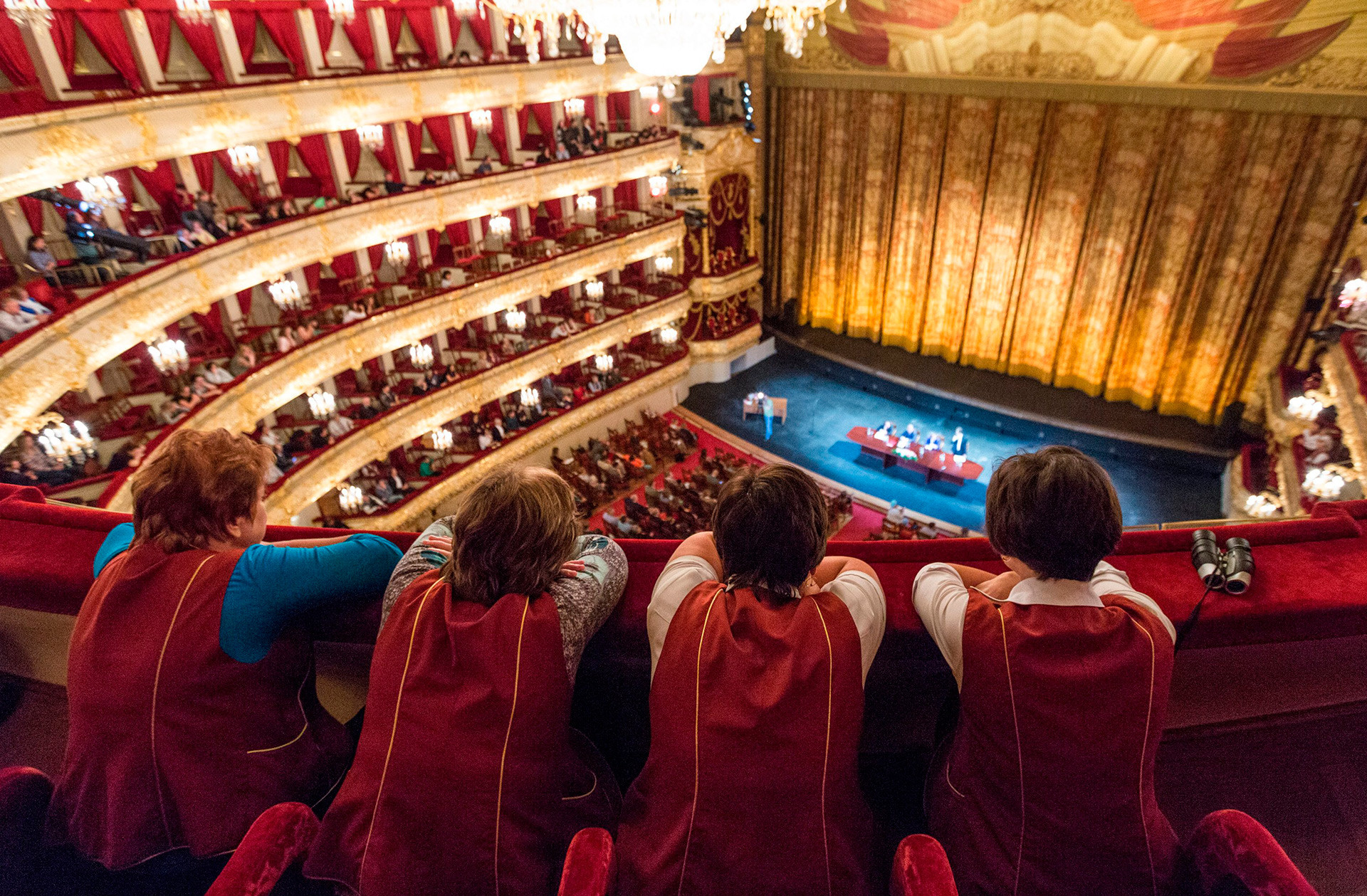 There are several places where you can buy tickets for theaters, concerts and other events in Russia.

in every country, you can find people peddling tickets near the entrance right ahead of the performance, but we don’t recommend parting with your cash this way because they these guys have been known to sell counterfeits. If you’re lucky, a genuine person might be selling but it’s always safer to go through the official routes.

“Two years ago my parents visited me in Moscow and we decided to go to the Bolshoi Theater,” says Elena Mazzetti from Italy, who lives in Moscow.

“There were no tickets on the Bolshoi’s website, and we thought that we wouldn’t be able to see the performance, but when we were passing by the theater, we saw a man selling tickets in front of the box office. At first, we didn't believe him, thinking that the tickets may be counterfeit. But we wanted to see the show, and the price was not very high, so he agreed to come with us to the entrance. The ballet was excellent, with Svetlana Zakharova performing. But actually I don’t recommend buying tickets this way, it’s better to think about them in advance.”

10 most popular English-friendly theaters in Russia