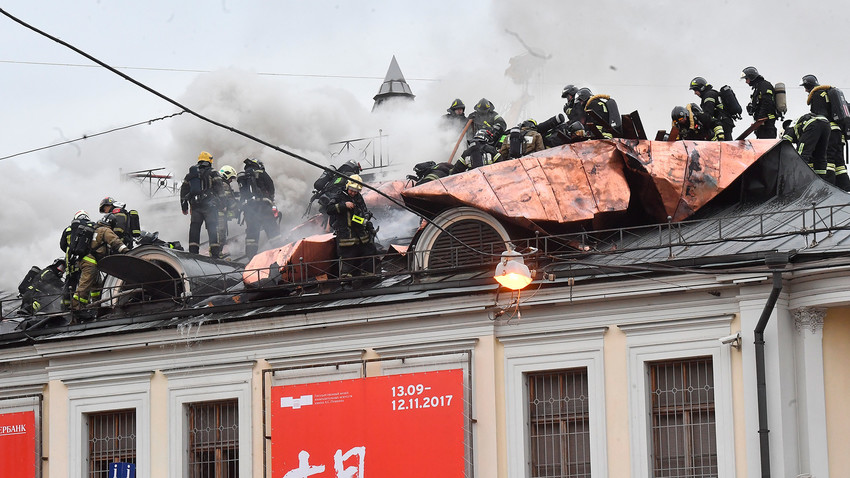 A museum representative assured reporters that the its valuable collection was not damaged or in danger.

Alexey Kudenko/RIA Novosti
Blaze forces visitors and staff to evacuate building, but damage is not serious.

A fire broke out in the Pushkin Museum on Volkhonka Street in the center of Moscow. The blaze started in the ventilation system of the largest museum of European art in the city.

Soon after the smoke appeared, the museum’s employees and visitors were swiftly evacuated and teams of firefighters arrived on the scene. A museum representative assured reporters that the its valuable collection was not damaged or in danger.

The old building keeps some excellent examples of European fine art from the 19th and 20th centuries, including paintings by Claude Monet, Auguste Renoir, Vincent van Gogh, Wassily Kandinsky, and many others.