The most impressive Soviet war memorials outside Russia

Culture
Boris Egorov
There are hundreds of monuments in Europe commemorating the Soviet victory over Nazism and the courage of Soviet soldiers. If some of them are buried in oblivion, most are still properly cared for by local authorities and common people. Russia Beyond presents the most breathtaking examples. 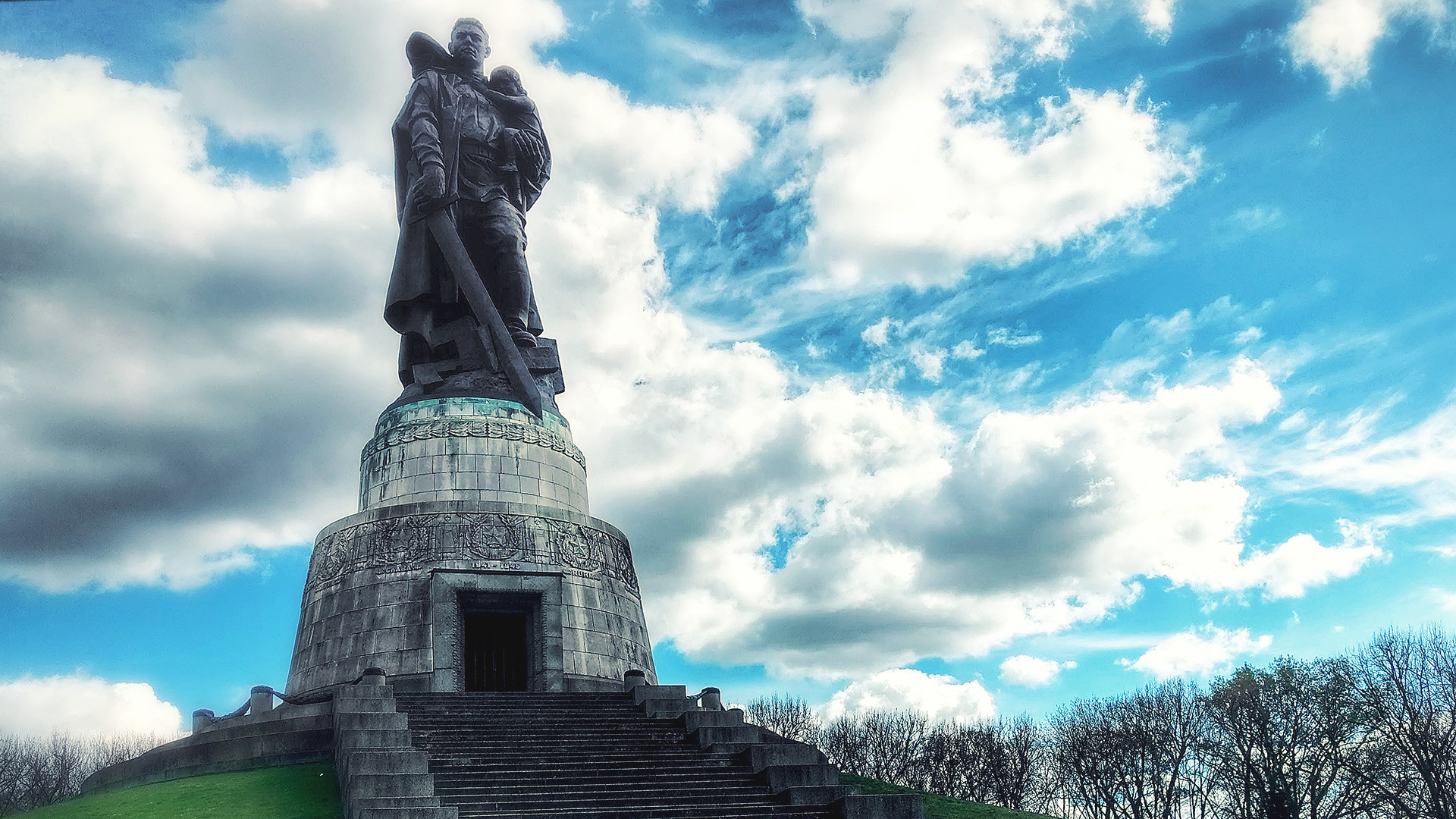 The monument to the Soviet soldier in Berlin’s Treptower Park is, probably, the most well-known Soviet war memorial outside Russia.

The 12-meter high soldier, standing on the remains of a broken swastika, holds a little girl he has saved (such cases really took place) in one hand and a sword in the other. According to the first plan of the sculptor Evgeny Vuchetich, he was due to hold a machine gun, but Stalin suggested a sword instead.

2. Heroes' Monument of the Red Army in Vienna 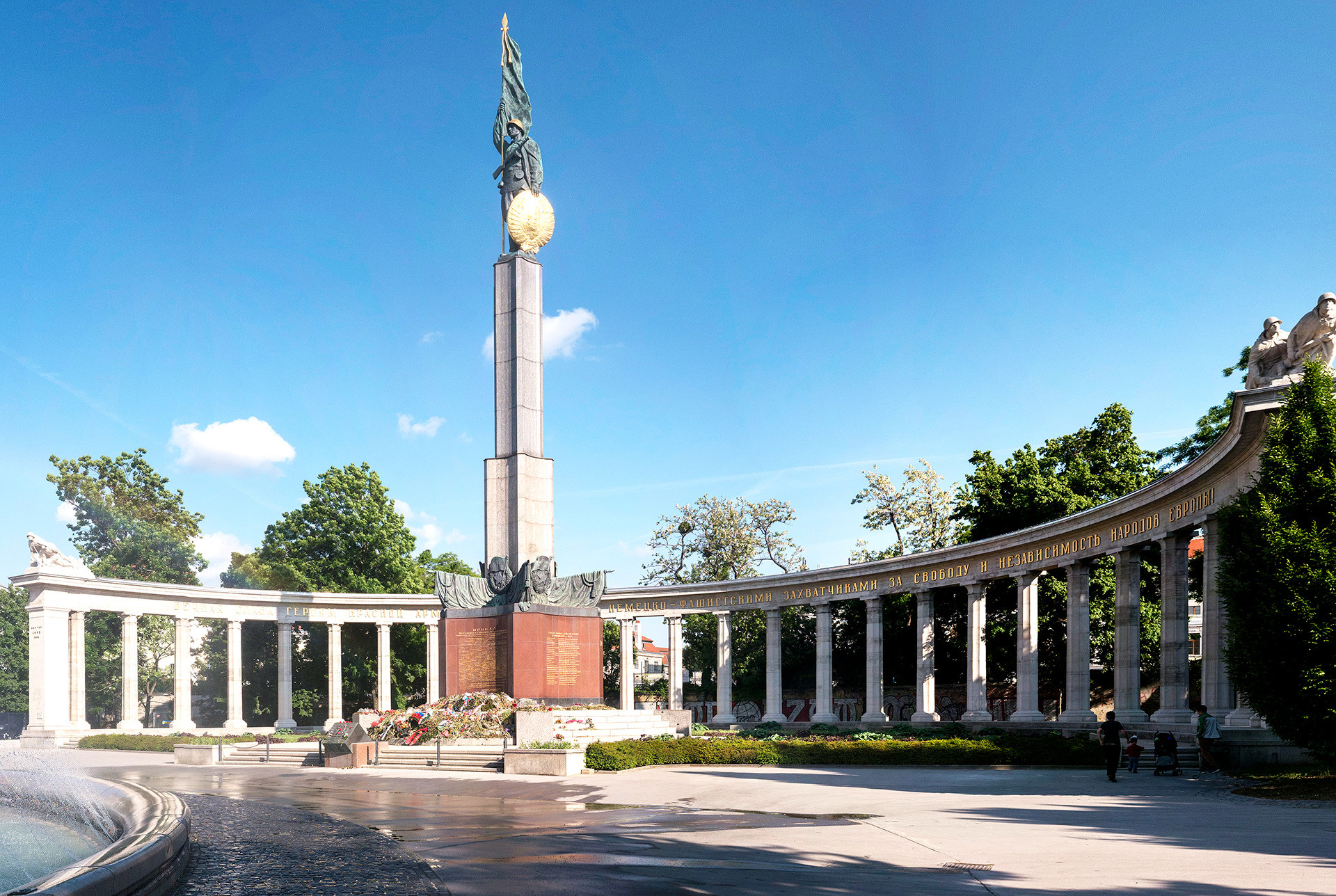 The Soviet War Memorial in Vienna, known as the Heroes’ Monument of the Red Army, commemorated the 17,000 Soviet soldiers who died during the Vienna Offensive in April 1945.

The memorial complex includes a balustrade composed of 26 columns and a sculpture of a golden-helmeted Soviet soldier, holding a Soviet flag. 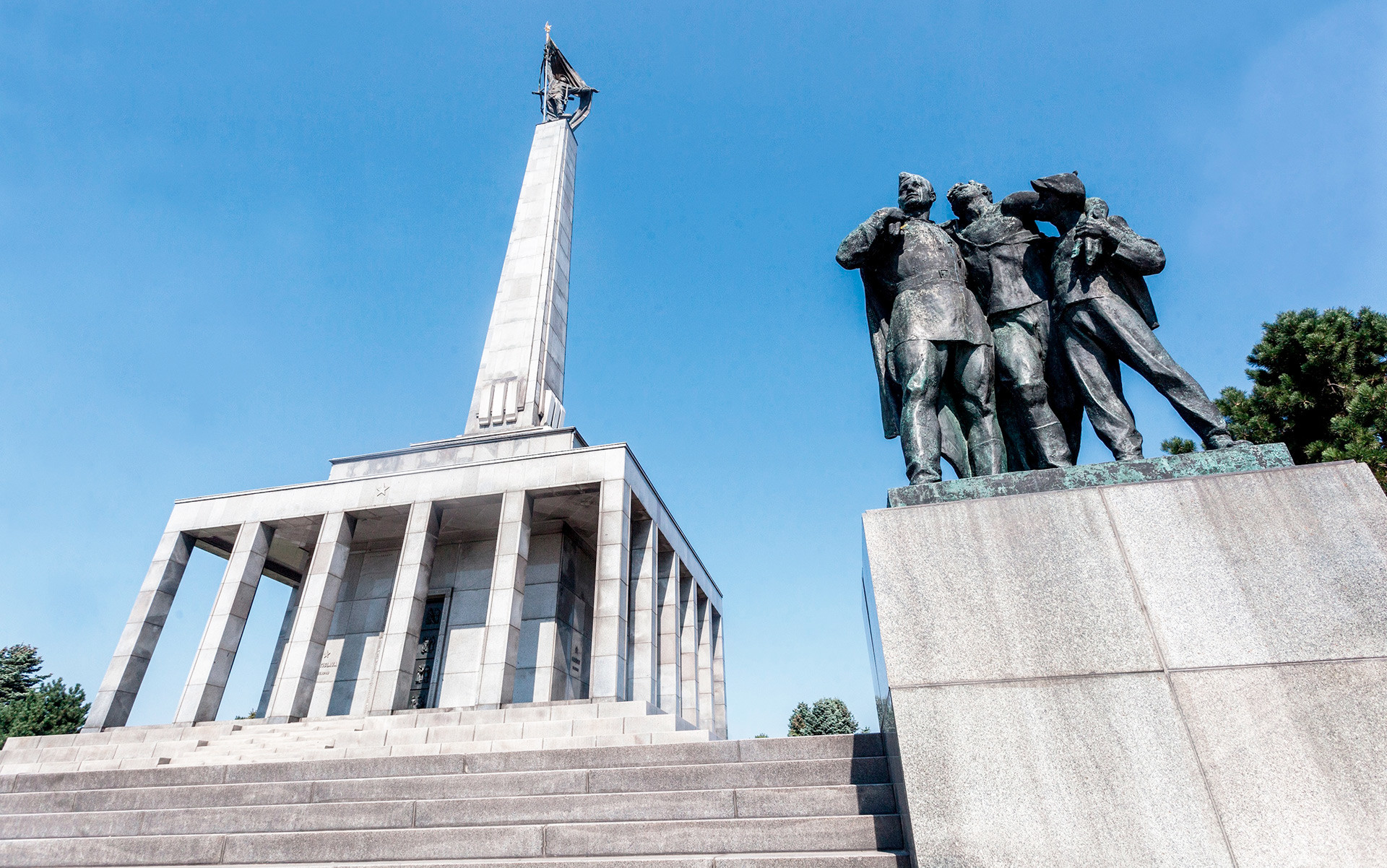 The Soviet war memorial complex in Bratislava, known as Slavin, impresses the viewer by its sheer might. Atop the 39-meter high pylon stands an 11-meter sculpture of a soldier.

There is a cemetery here with six mass and 278 individual graves of the 6,845 Soviet soldiers who participated in the liberation of Bratislava in April 1945. 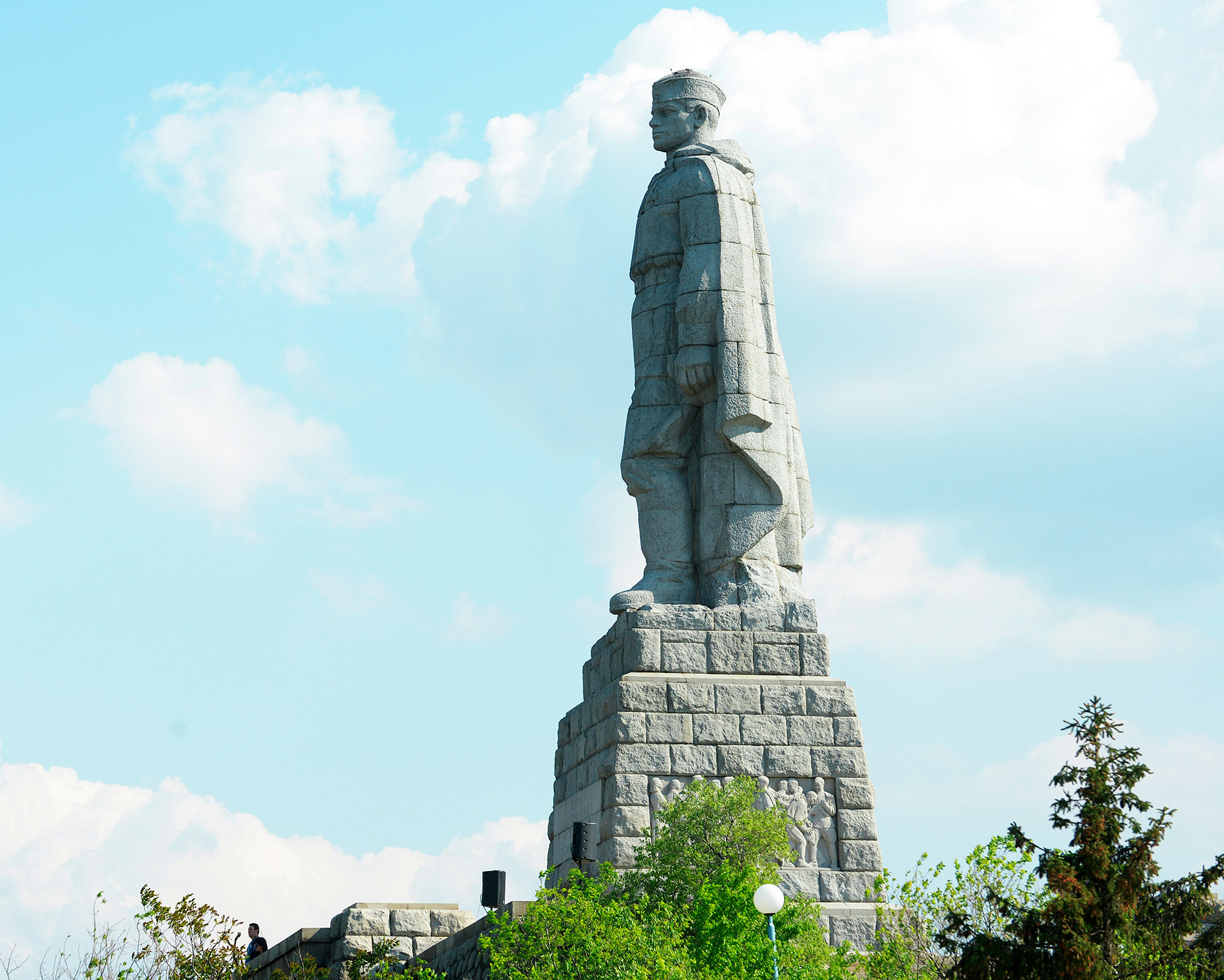 The initiative to install a monument to the Soviet soldier came from the common people of Plovdiv without any prompting by the local authorities.

The 11-metre monument nicknamed “Alyosha” (an affectionate diminutive of the Russian name Aleksey) is an unofficial symbol of the city.

5. Victory Memorial to the Soviet Army in Riga 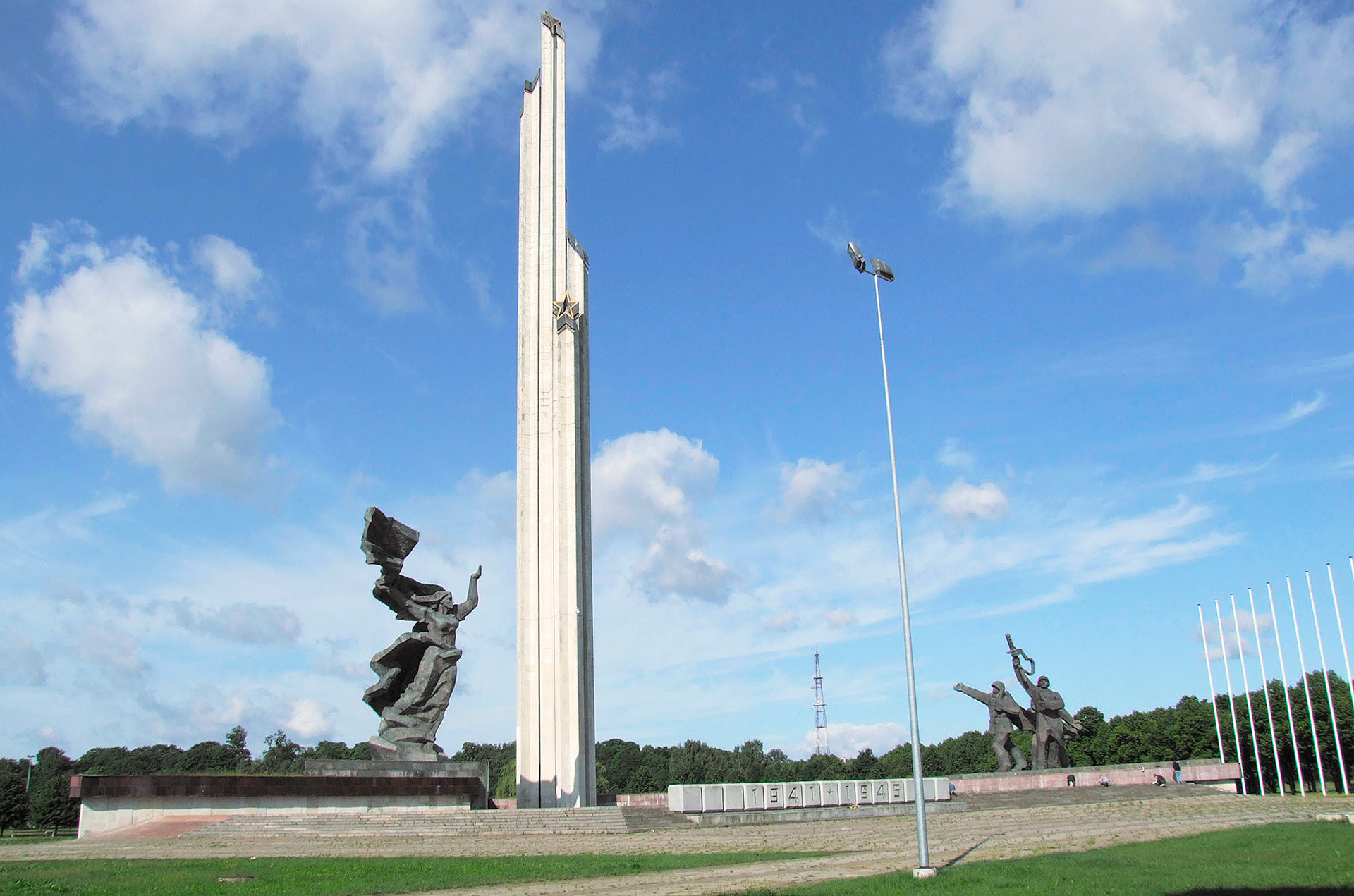 The complex, consisting of a 79-meter tall obelisk and two groups of sculptures, commemorates the liberation of Riga and Soviet Latvia during the Great Patriotic War.

Nowadays, the place is a traditional gathering point to mark Victory Day on May 9 for thousands of local inhabitants. 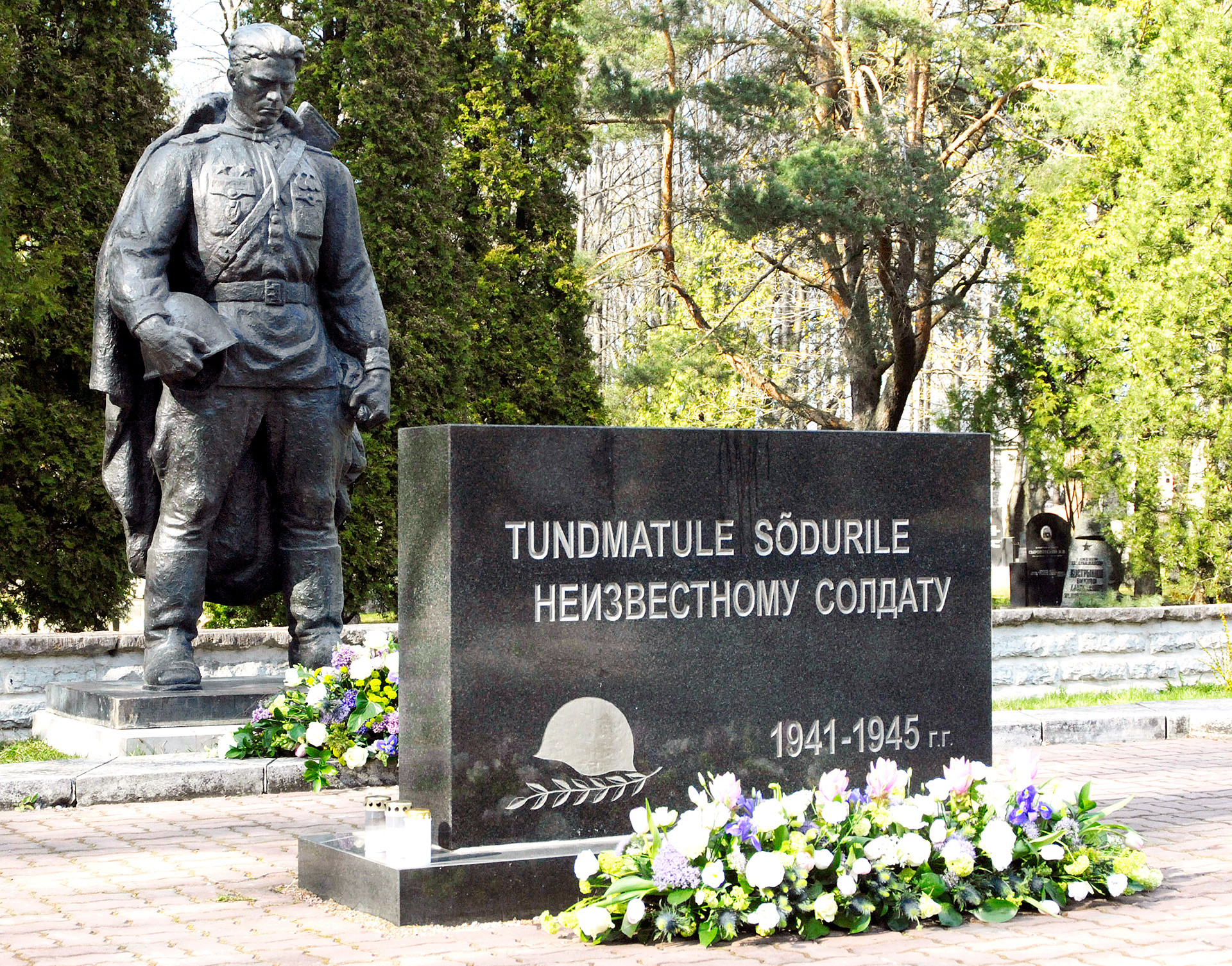 The Soviet war memorial in Tallinn had a hard fate. In April 2007, the Estonian government decided to move the “Bronze Soldier” and the graves of 12 Soviet soldiers buried nearby out of the city center to the Military Cemetery.

The decision caused mass riots among the Russian population of Tallinn, and worsened bilateral relations between Russia and Estonia. 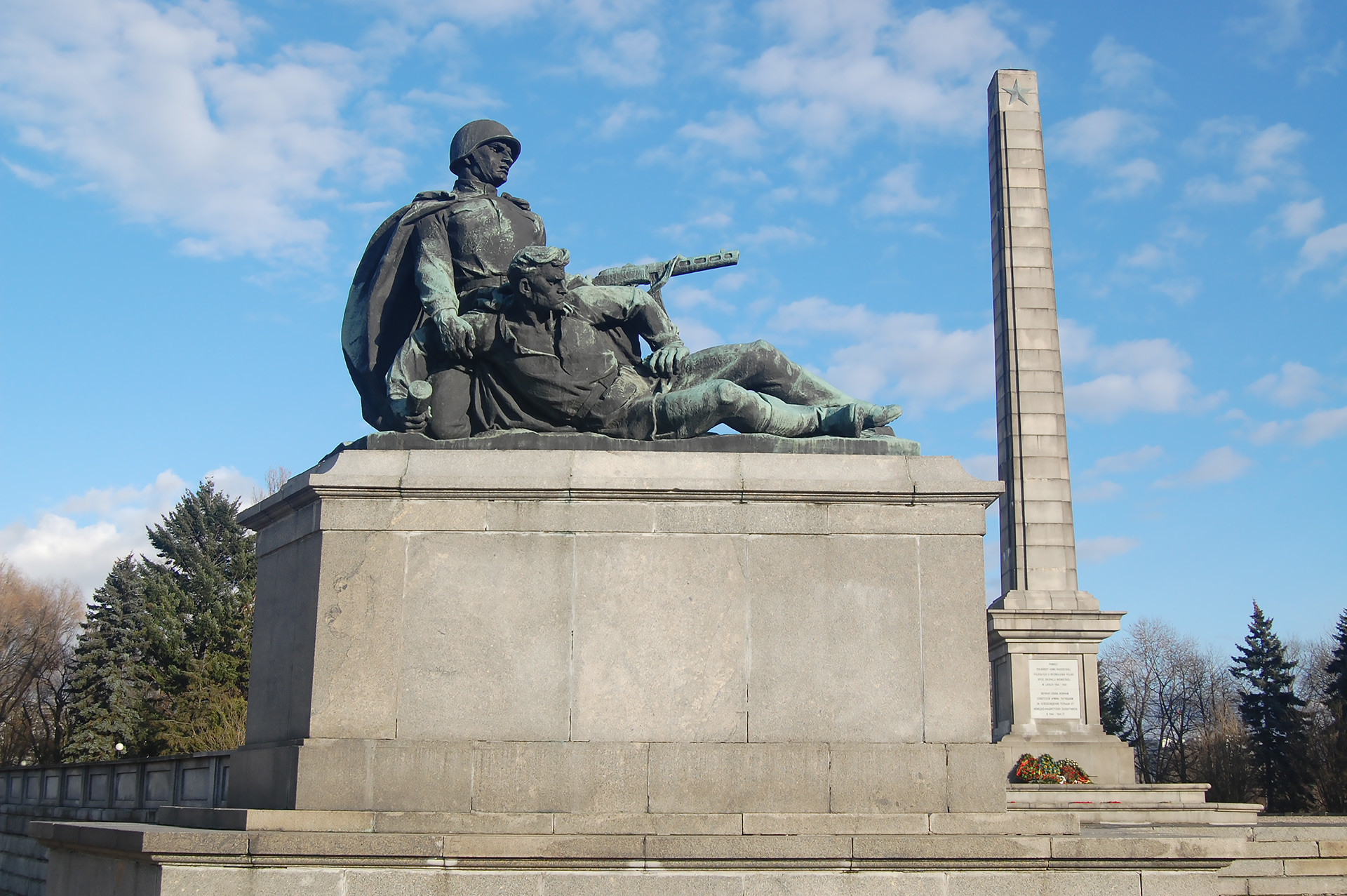 The 21,468 Soviet soldiers who died while liberating Warsaw were buried at a memorial complex in the southern part of the city. The complex consists of  a 38-meter obelisk and two sculpture groups. 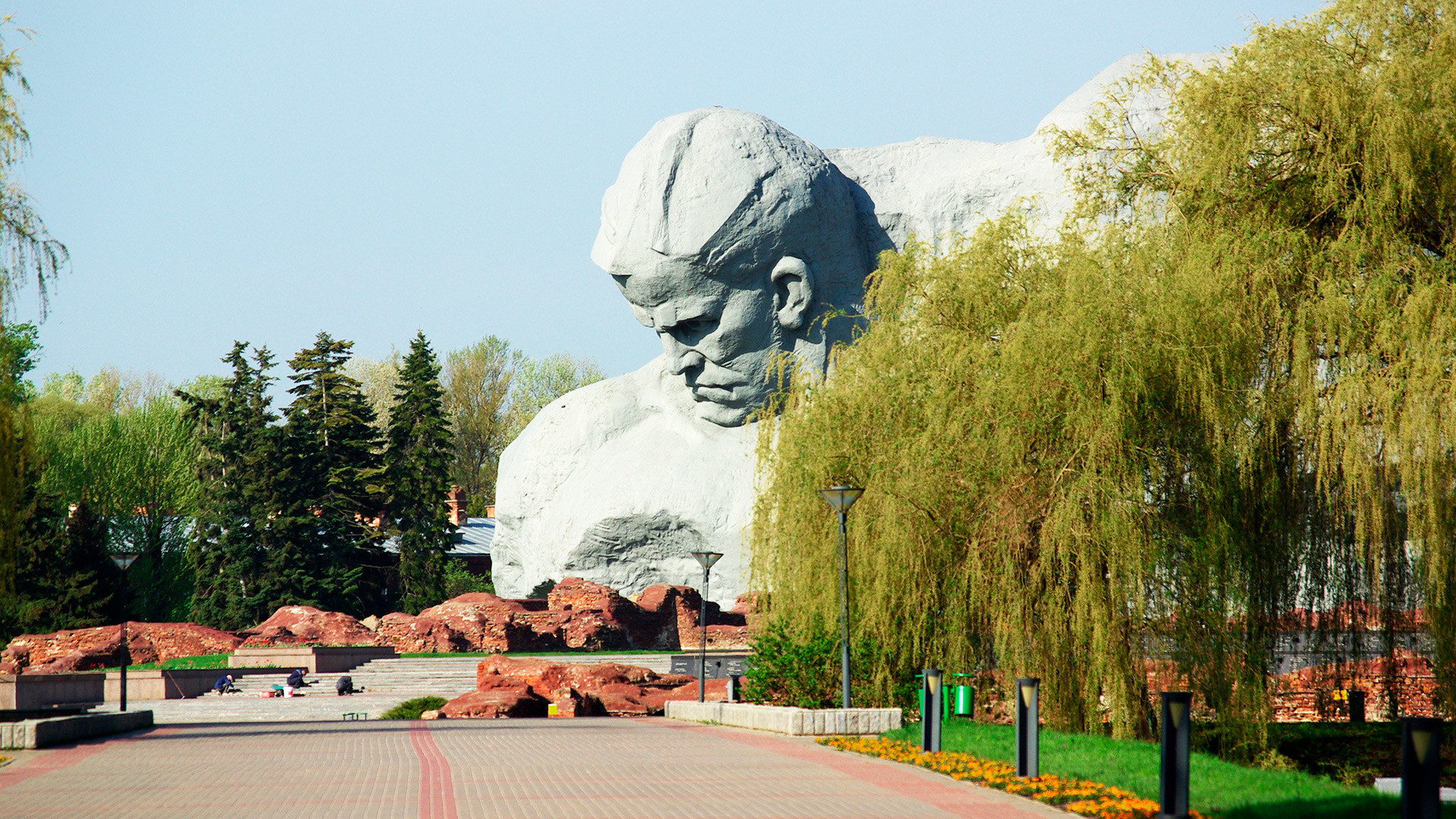 This huge memorial complex commemorates the courage of the Brest Fortress defenders, who were the first to fight the enemy on June 22, 1941.  It comprises barracks, gunpowder bunkers, forts and other fortifications, the Obelisk, the “Courage” Monument and the sculpture "Thirst."

This is the largest Great Patriotic War memorial complex in the post-Soviet space.

9. Monument to the Liberator Soldier in Kharkiv, Ukraine 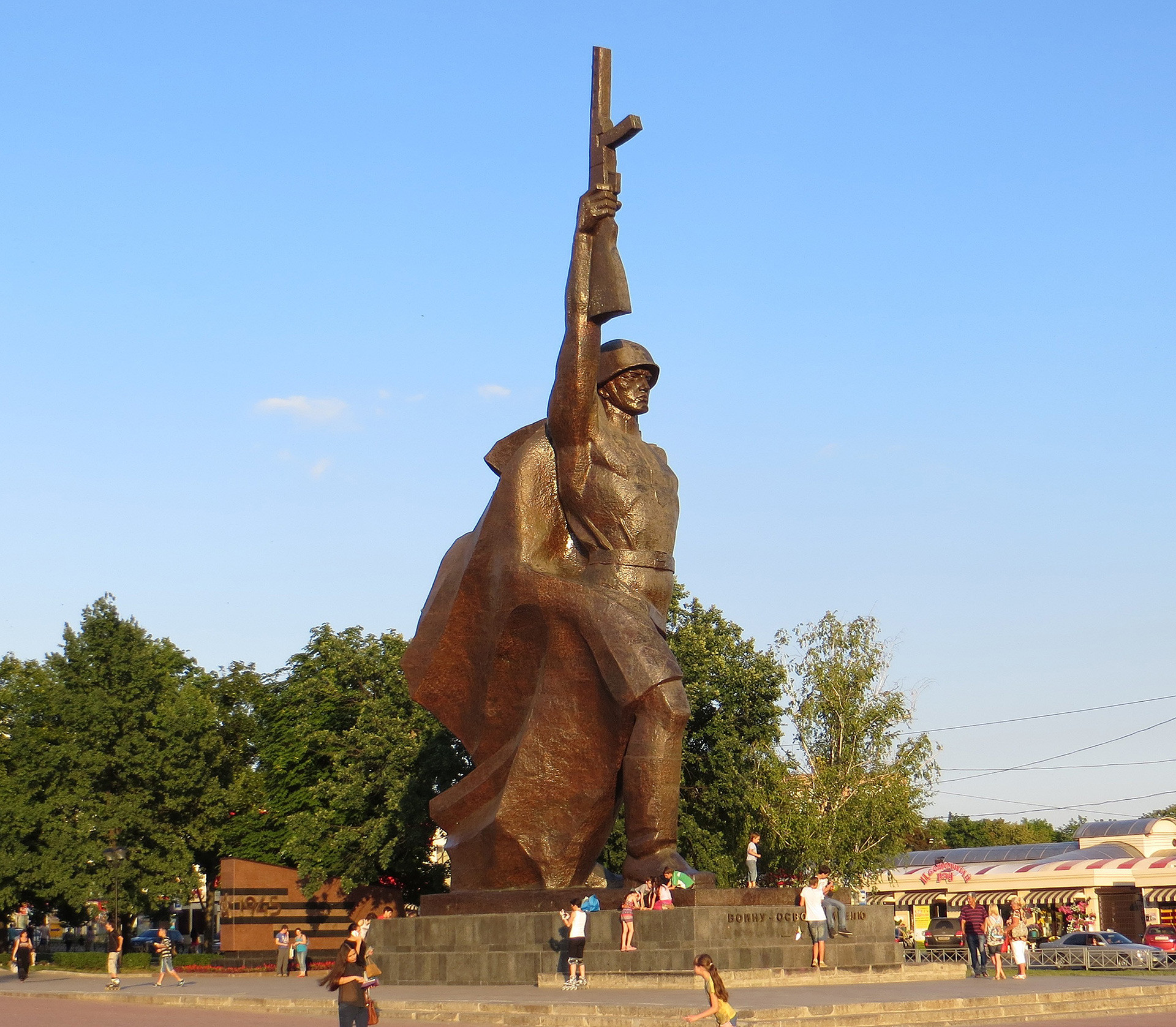 This huge sculpture of the Soviet soldier is affectionately known as “Pavlusha” (a diminutive of the name Pavel) by Kharkiv residents, following the example of Plovdiv’s residents with their “Alyosha.” 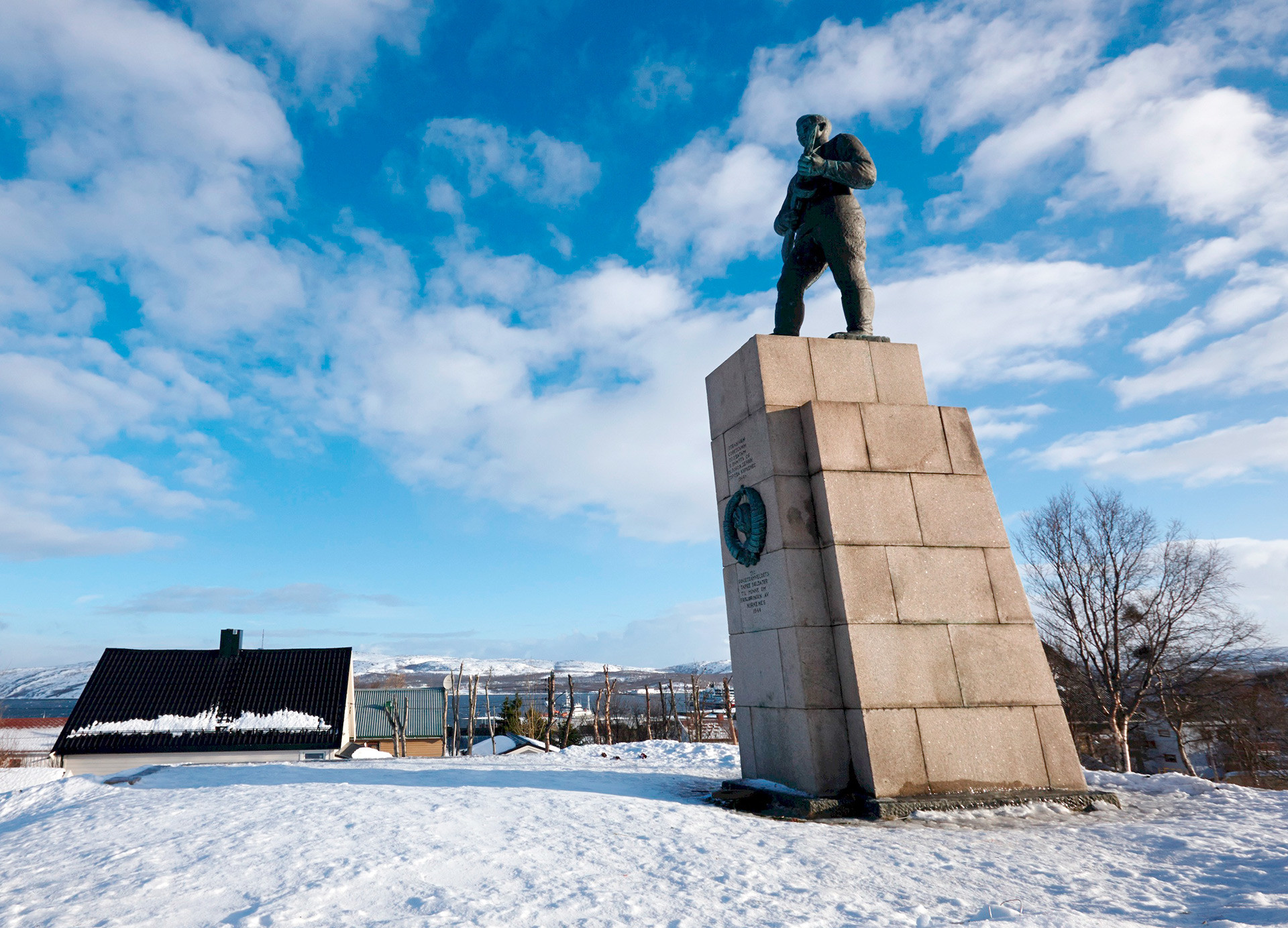 The monument to the Soviet soldier was installed by the residents of the northern Norwegian town of Kirkenes as a mark of gratitude for the liberation of Finnmark County during the Petsamo-Kirkenes Offensive in October 1944.