Treasures of the Moscow Metro: Grey Line where a Tree of Soviet Nations grows

Culture
Boris Egorov
The stations on the Grey Line of the Moscow Metro are in fact not grey at all, but quite colorful. Most of them are devoted to interesting subjects or figures, so if you’re a huge fan of chemistry, drama or history, hop on board! 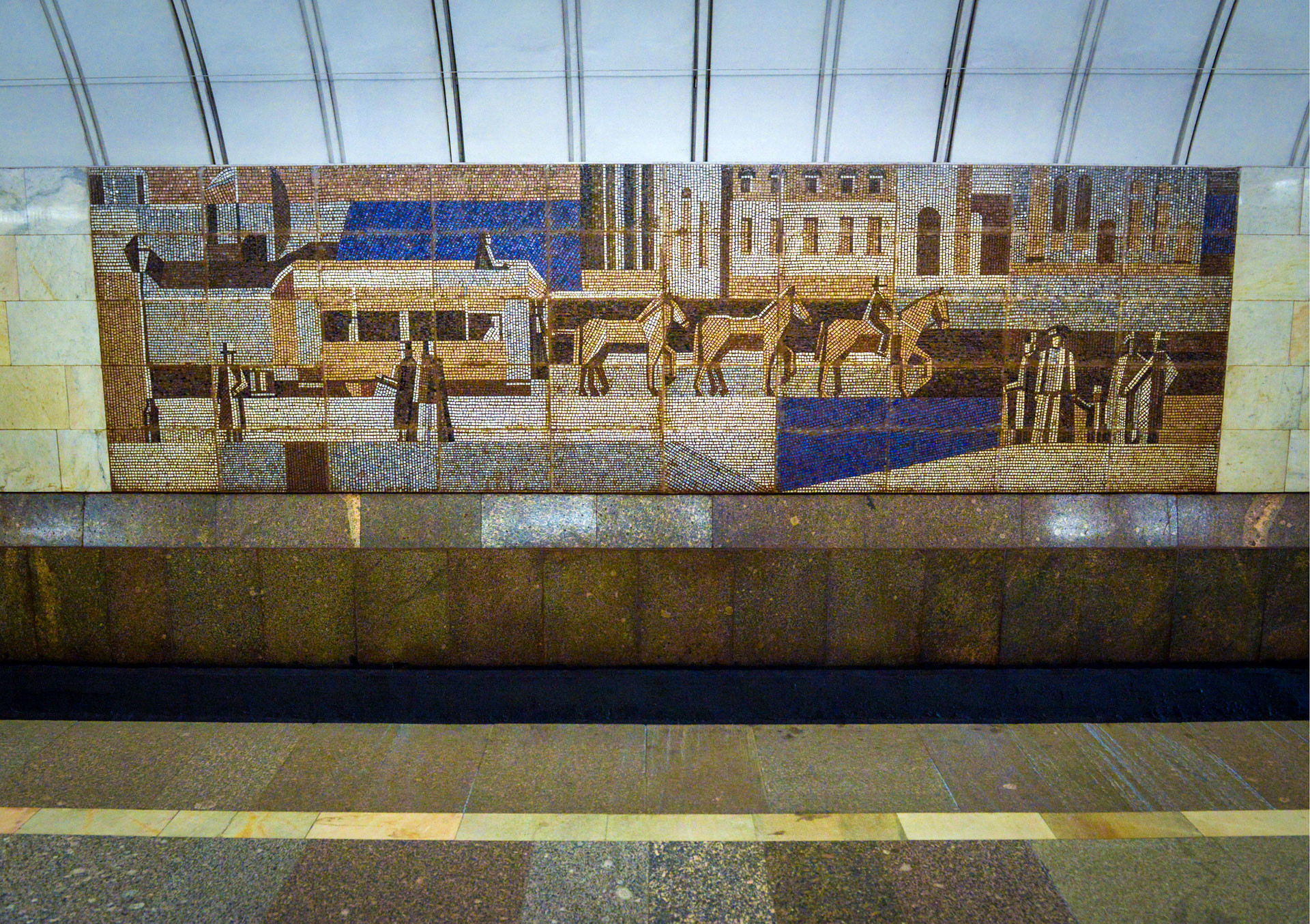 The decoration of Savelovskaya metro station is devoted to the history of public transport. One can find four cobalt mosaics on one wall that show a horse-drawn carriage, a steam locomotive, an electric multiple-unit train, and a railway engine.

The mosaics on the opposite wall are the same, just with a different color scheme. 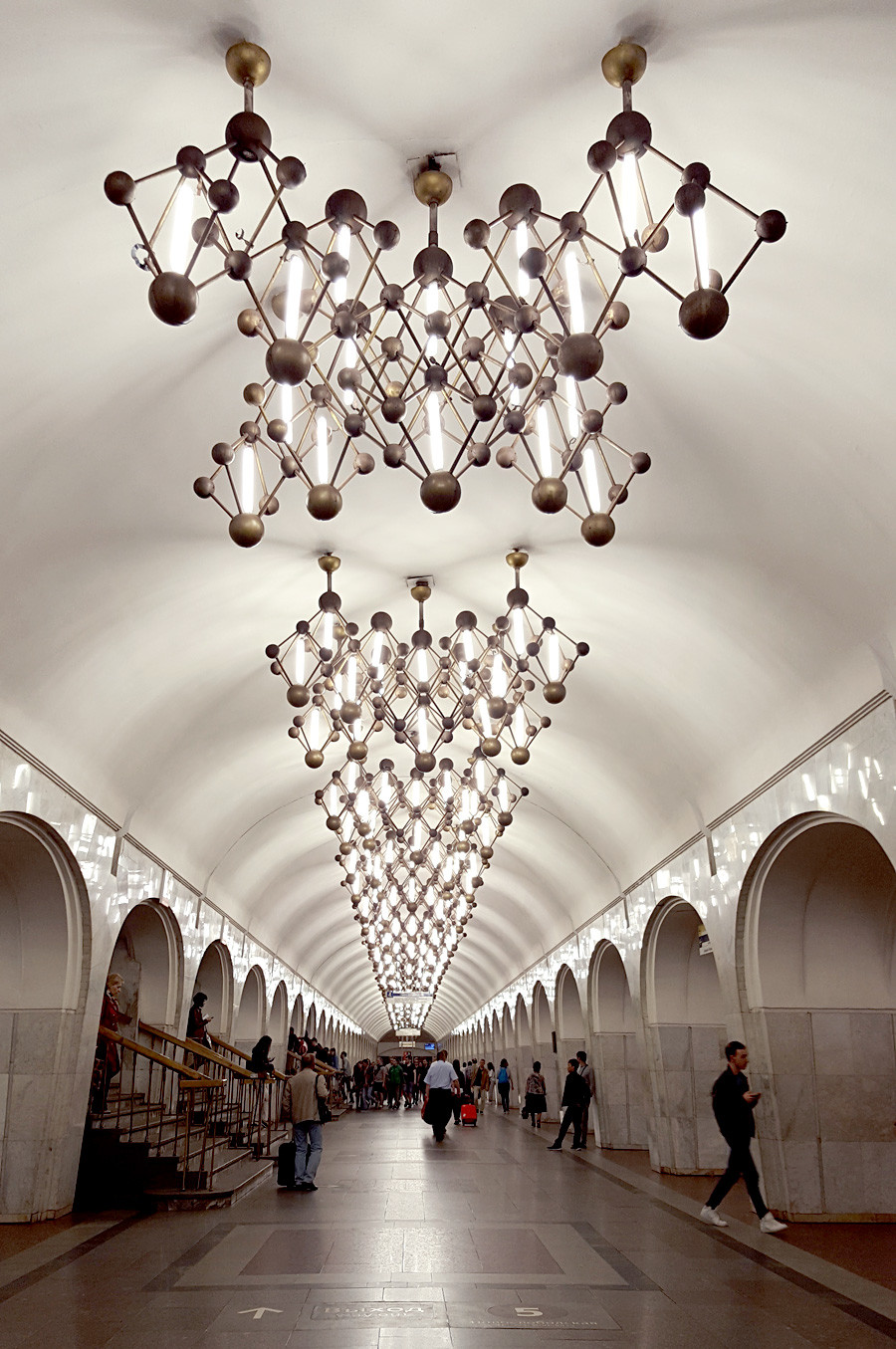 Mendeleyevskaya is sure to be a big hit among chemistry fans. Russian chemists actively participated in the design of this station, which is devoted to the famous Russian scientist Dmitry Mendeleev. That’s why one can find unusual images of the electron density of molecules on the walls. The lamps were designed as crystal lattices, and one can see bas-reliefs of Mendeleev and the periodic table at the end of the hall. 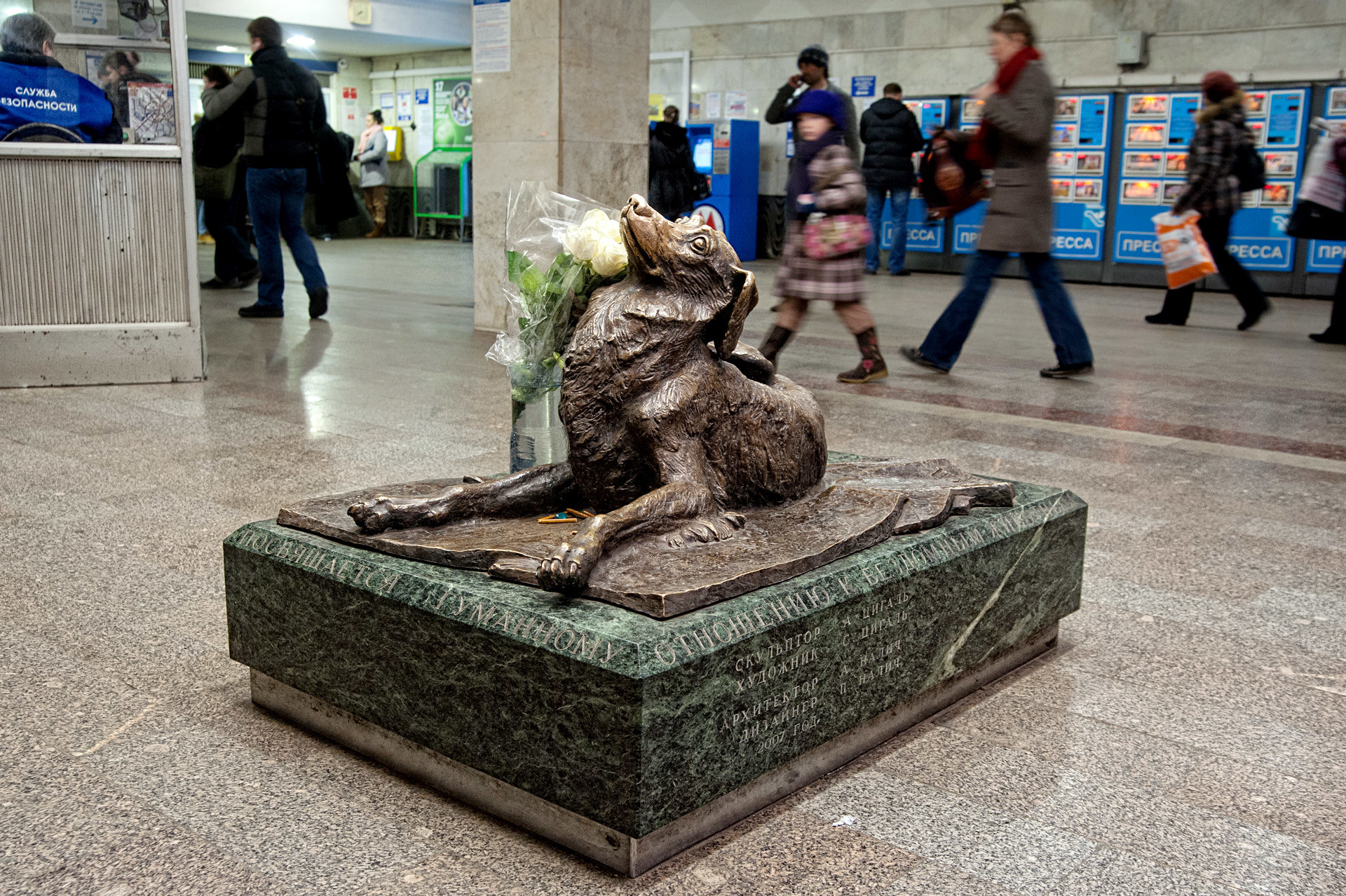 What’s more, in the entrance hall there stands a monument dedicated to all homeless dogs known as “Compassion.” The monument was inspired by a homeless mongrel dog named “Boy,” who lived at the station and was stabbed in 2001. 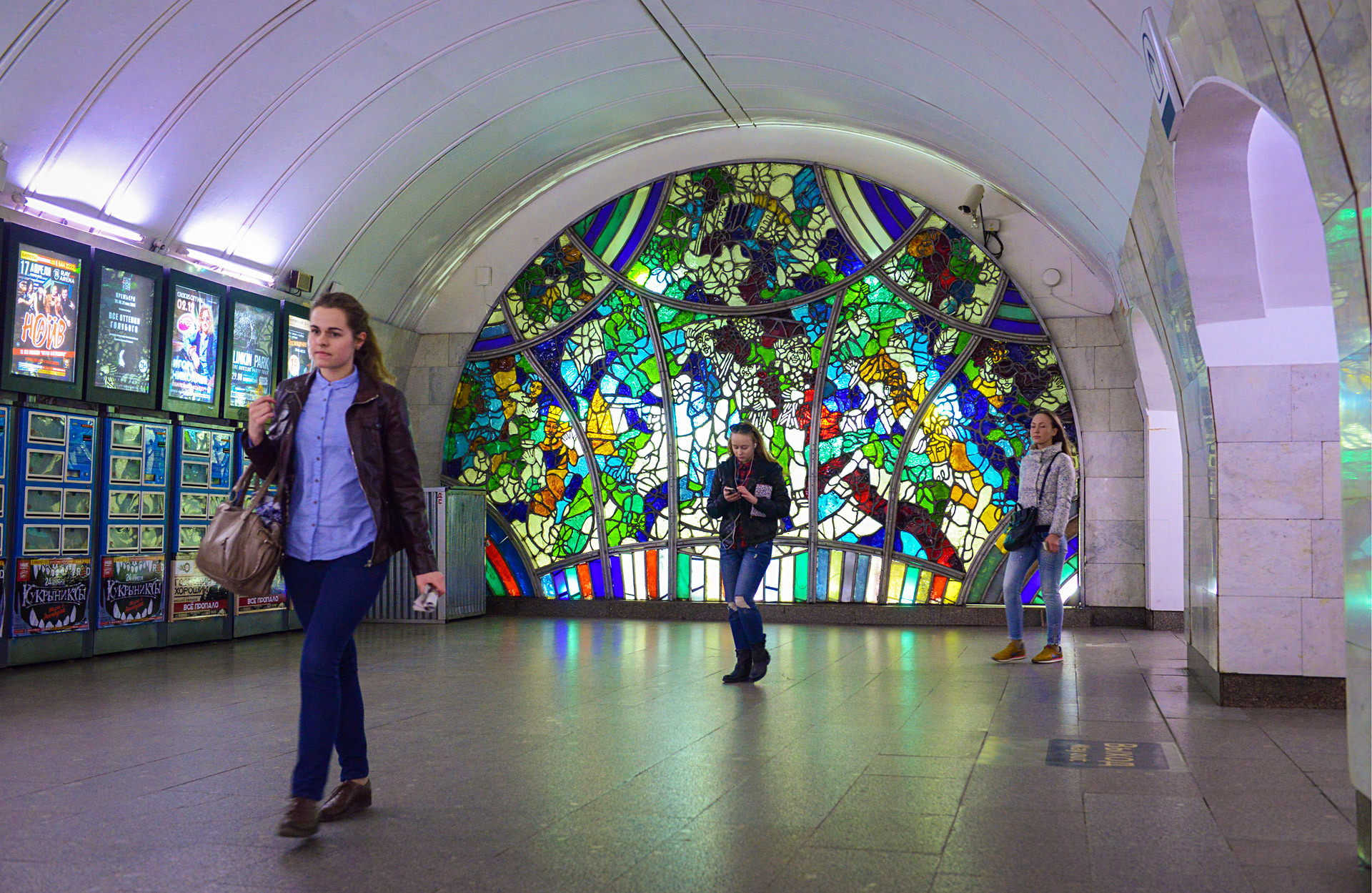 This is the closest station to the one of Moscow’s oldest circuses—the Moscow Circus on Tsvetnoy Boulevard, and was certainly designed appropriately. For instance, in the underpass one can see a huge colorful illuminated stained glass entitled “Circus artists.” 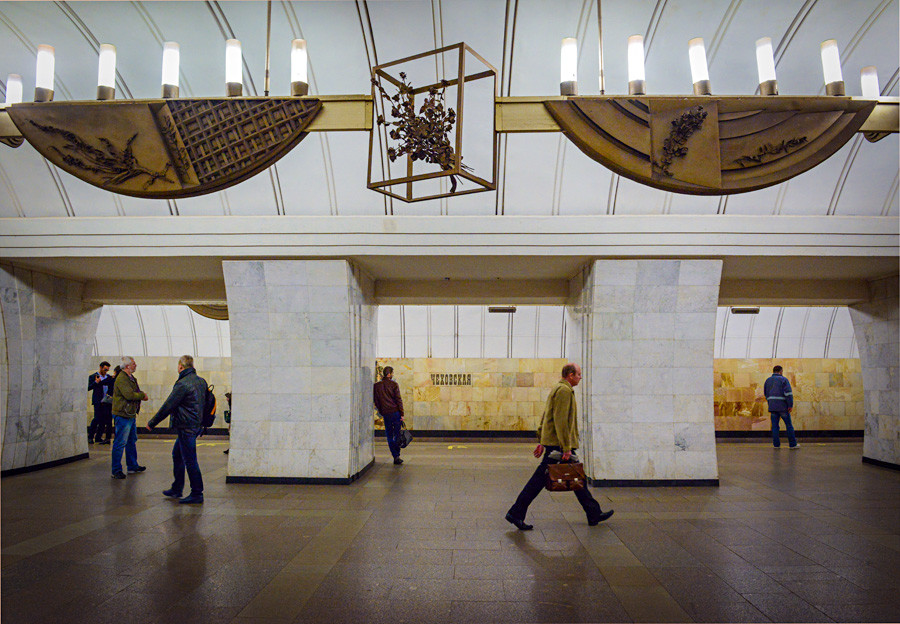 Admirers of works by the great Russian playwright Anton Chekhov will appreciate Chekhovskaya. The station walls are adorned with mosaic images based on works by the playwright. The lamps feature metallic bunches of flowers and drapery. 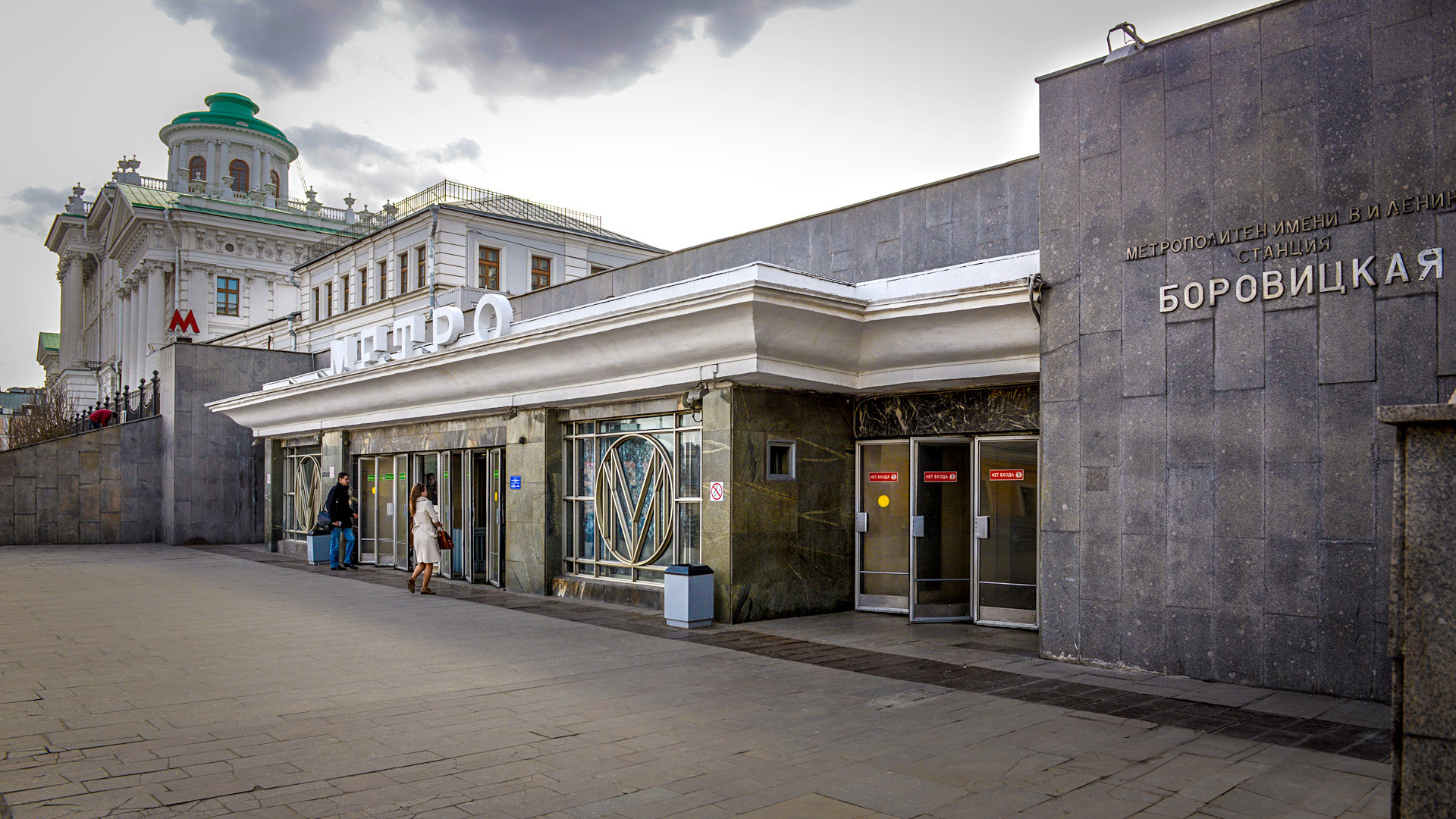 Borovitskaya station got the name in honor of one of the Moscow Kremlin’s towers that is situated nearby, and the Kremlin became the main motif of station’s decoration.

At the end of the hall one can see an image known as the “Tree of Soviet nations,” showing a huge tree growing out of the Moscow Kremlin. Among the leaves are images of typical representatives of all Soviet nations dressed in national costumes – from Central Asia to the Baltics. 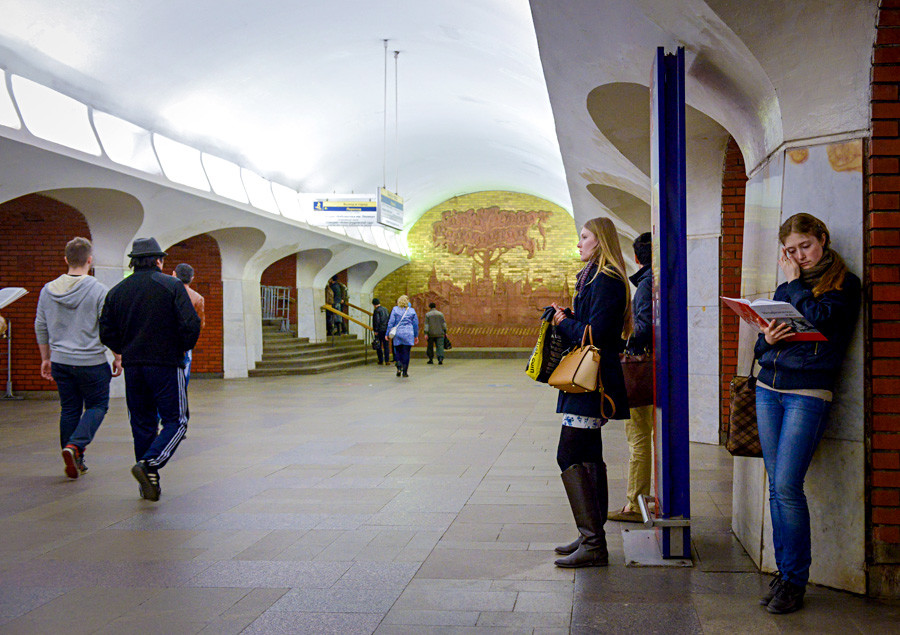 The white marble in the station’s design symbolizes the Kremlin as it had been until the 15th century, when it was made out of white stone. The red brick lining refers to its current state. On some of the bricks you can spot small miniatures made in a primitive, old-fashioned style, including a stone fortress, dolphins swimming in the sea, an artillery gun, a car, a cosmonaut and others. 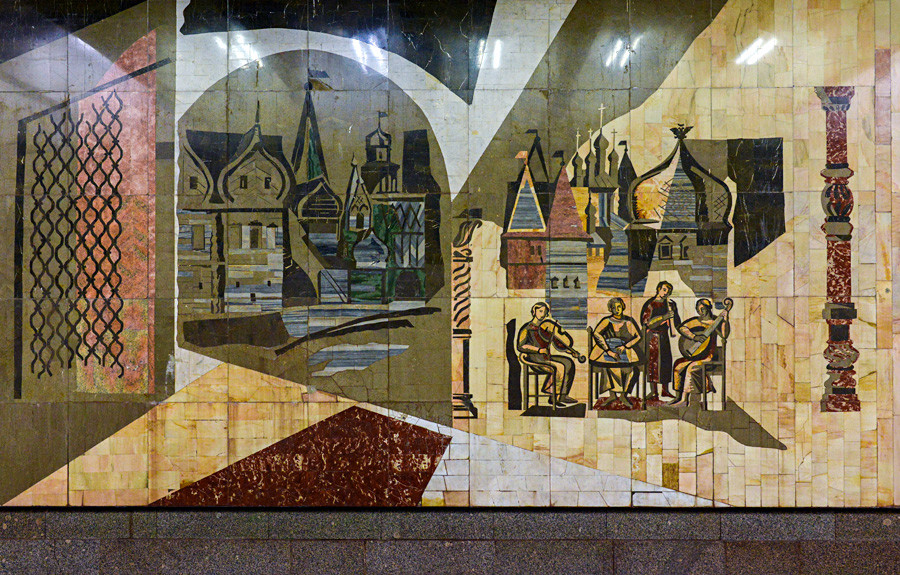 Almost the whole area of the walls at Nagatinskaya metro station is decorated with huge images dedicated the ancient history of Moscow. Kremlin builders, chroniclers, artists and warriors are all on display. 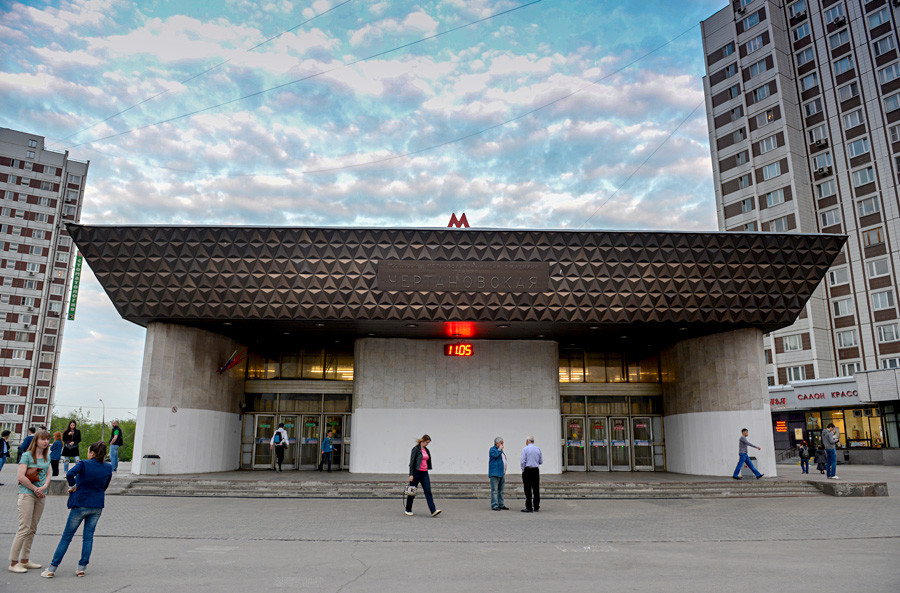 If Nagatinskaya depicts builders of ancient Moscow, Chertanovskaya is dedicated to builders of the new, Soviet Moscow. A huge mosaic on this theme can be seen in the so-called southern entrance hall. 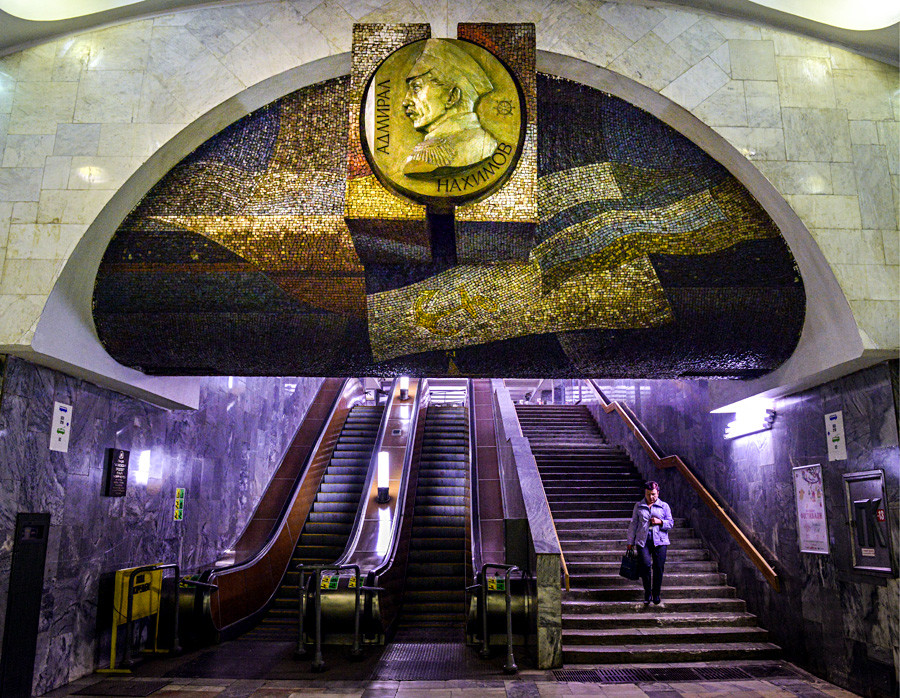 The station is dedicated to the outstanding Russian admiral Pavel Nakhimov, who won a decisive victory over the Ottoman fleet at the Battle of Sinop (1853), the last major battle between sailing-ship fleets.

One can see a huge medallion with the admiral’s profile above the entrance for escalators. On the opposite side of the hall, there is a sculpture composition with the figurehead of a ship’s prow and anchors. 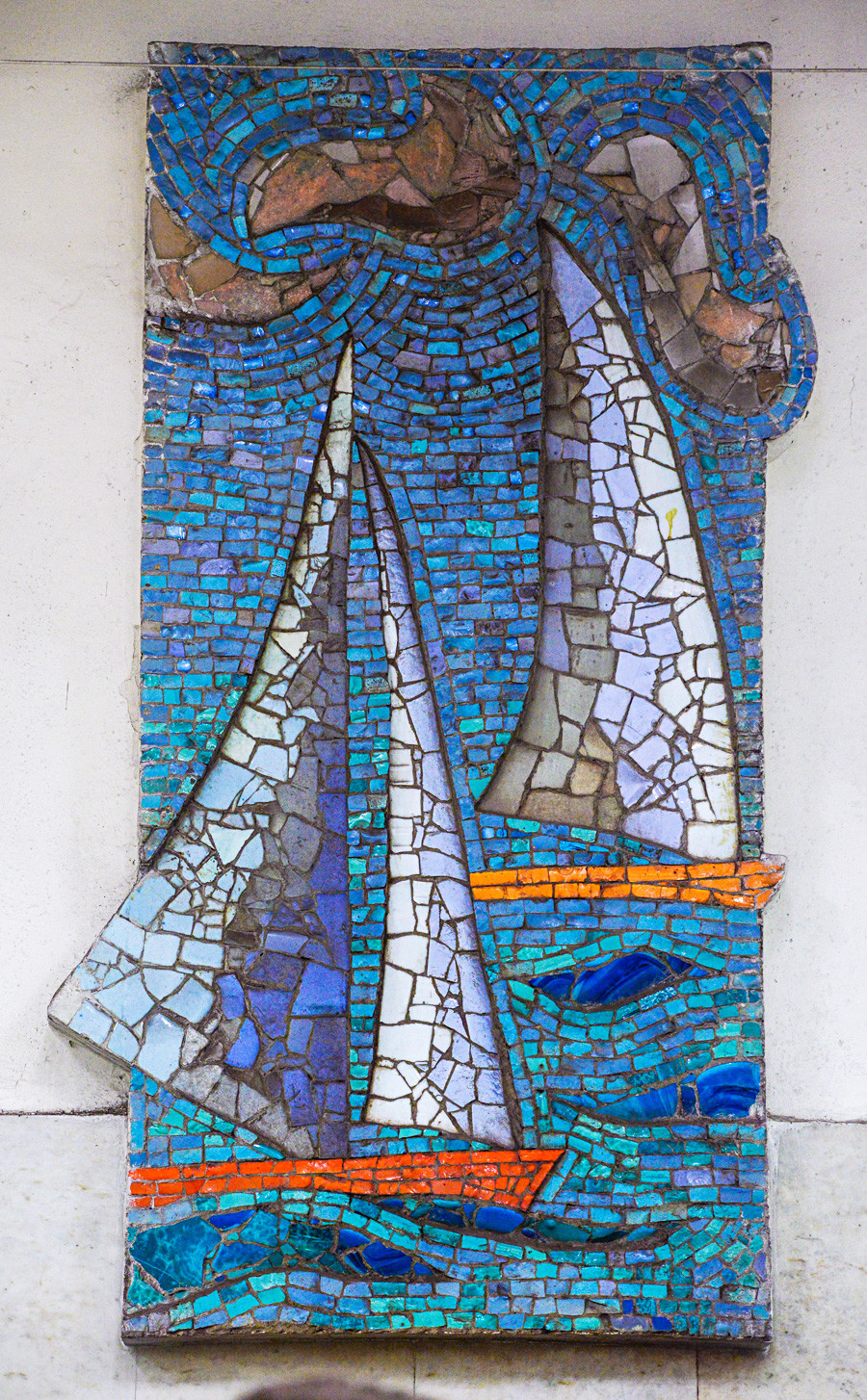 On the walls of the station, dedicated to Sevastopol’s heroic history during the Great Patriotic War, one can see many colorful mosaics with images of the city’s main sights and the Soviet Black Sea Fleet.