Culture
Alexandra Guzeva
We all get sweaty palms while doing something for the first time – while driving or flying a drone in the sky to take some pics. Here are a few tips from one of Russia's top drone photographers to give you confidence. 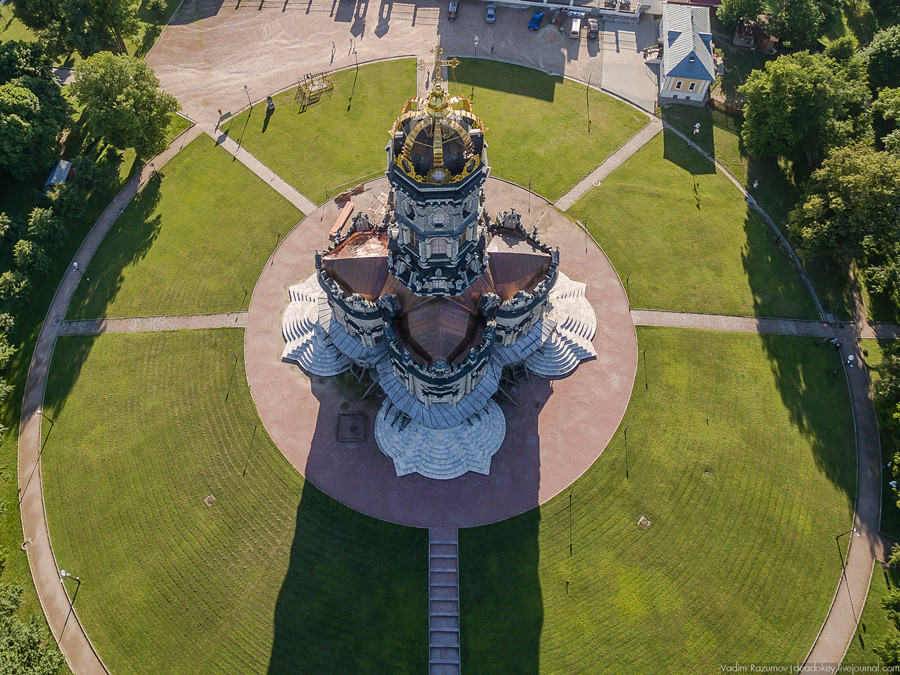 Church of the Sign of the Blessed Virgin in Dubrovitsy

Having the ability to take aerial photos t a drone without getting into a helicopter has become a major opportunity for Vadim Razumov. He is a popular blogger and photographer, constantly contributing to leading Russian media and to such travel magazines as National Geographic. In his LiveJournal called “The of the Russian ” Vadim has already published reviews and photographs of about 700 estates around Russia. 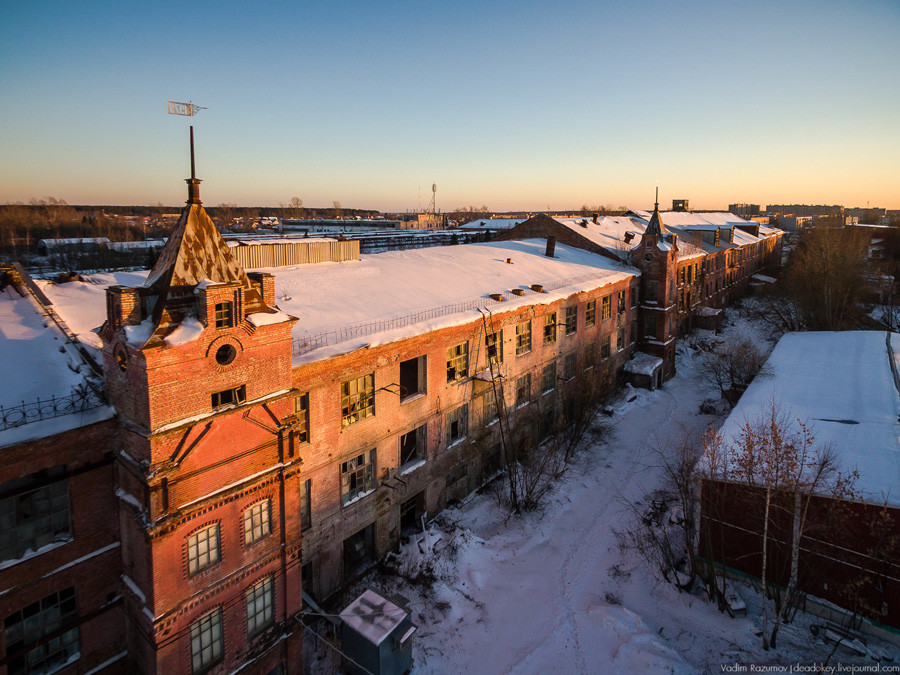 “I fell in love with aerial photography because of the opportunity to shoot panoramas of , and reveal an unusual angle of the objects, and even to see foundations of destroyed buildings from the sky,” Vadim told Russia Beyond.

So, what are his tips for wannabe cameraman-pilots? 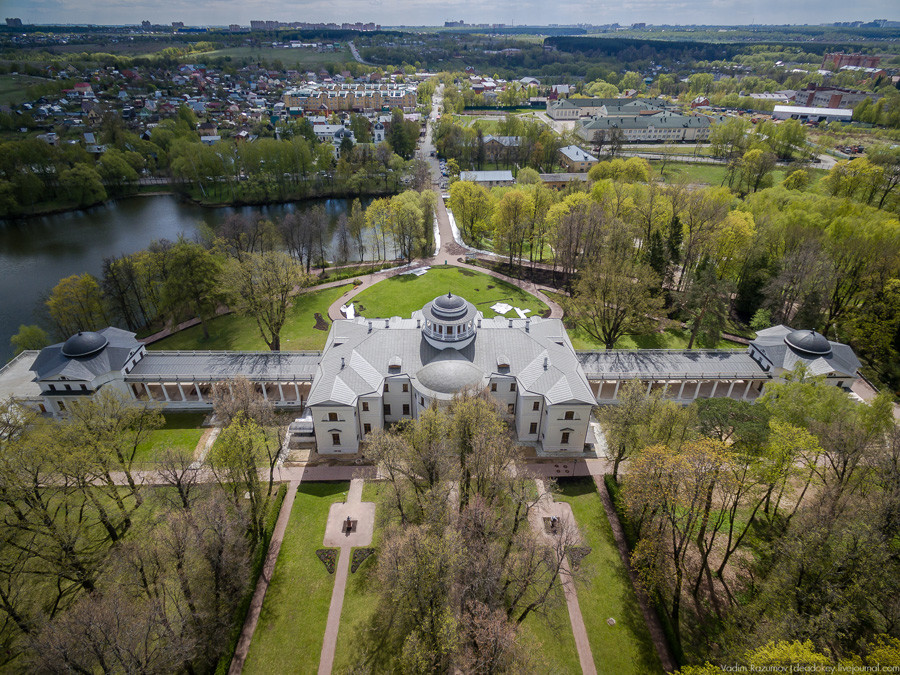 “It takes around 5-10 hours on average to shoot one or another object,” Vadim says. “But when you have to take photographs from a quadcopter, it can last ral days. Not to mention the time spent for reaching the place, which is sometimes a remote village hidden in forests.” Why do you need several days? Vadim explains that he shoots in different weather and light conditions to catch the rain, sunset, night and sunshine.

2. Paperwork is boring but 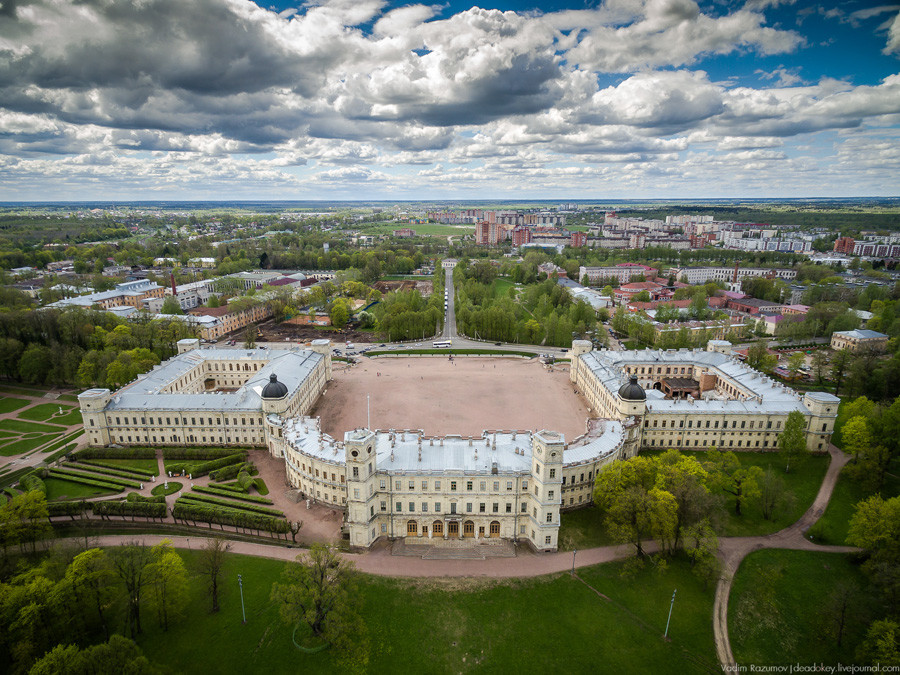 of the most technically complicated and expensive shoots for Vadim was aerial footage of the Gatchina . “You need to have permission for filmi museums,” Vadim says. 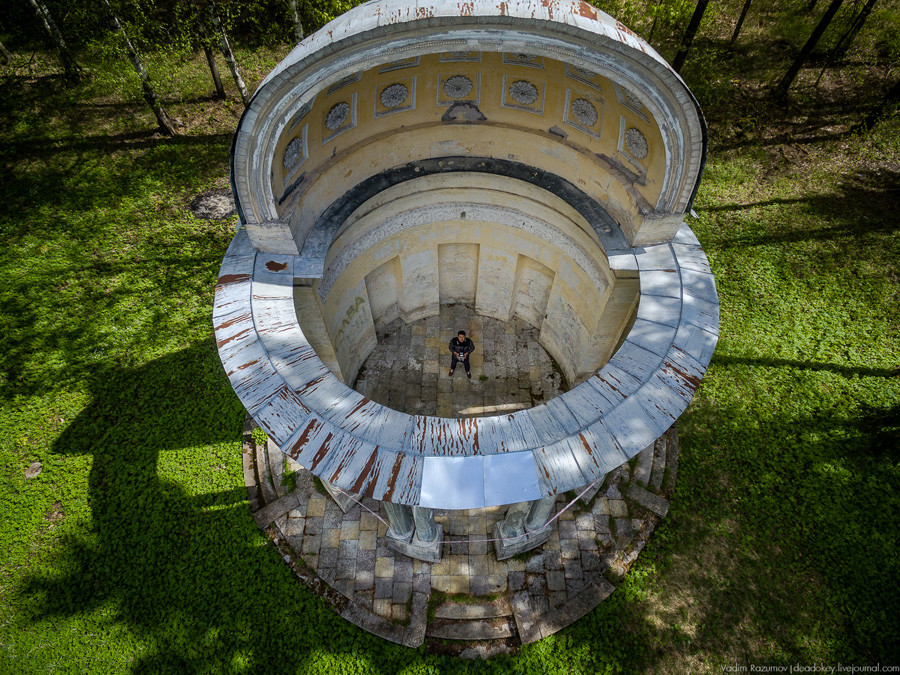 Vadim Razumov inside the Eagle Pavilion in Gatchina

“If you get along with the museum administration, you can be lucky enough to reach places that aren’t shown to tourists. Vadim managed to take stunning shots of the Eagle Pavilion with all the small details. “I’ve even done there my most famous copter selfie,” he laughs.

3. For the best pictures you have to take risks 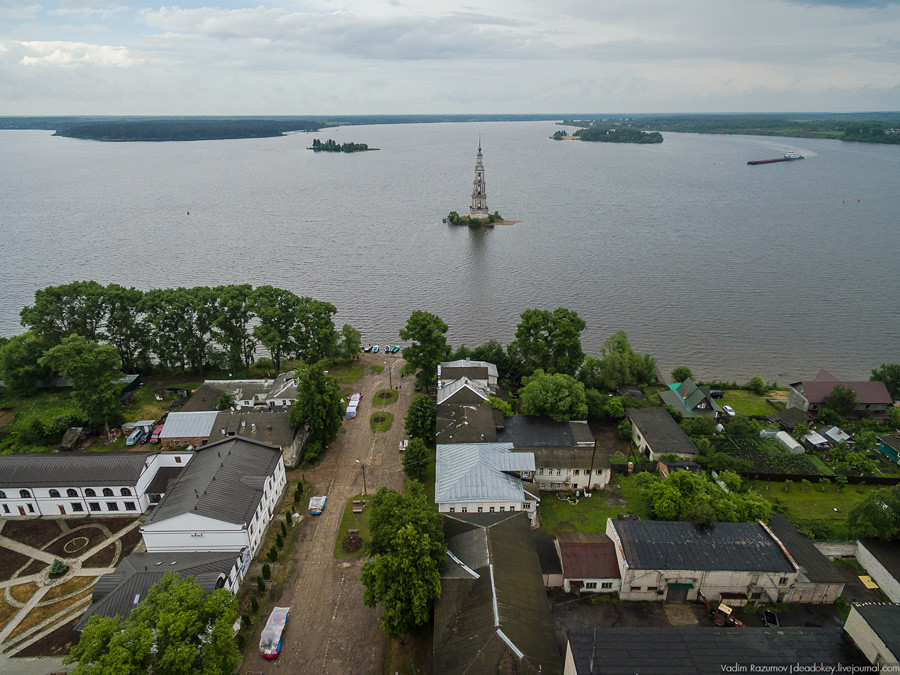 “My work doesn’t exclude the extreme,” Vadim says. There is a picturesque flood bell tower in the town of Kalyazin, Tver Region (around 100 miles from Moscow) that is considered a true Bermuda triangle for drones, with hundreds of ‘birdies’ having crashed there. 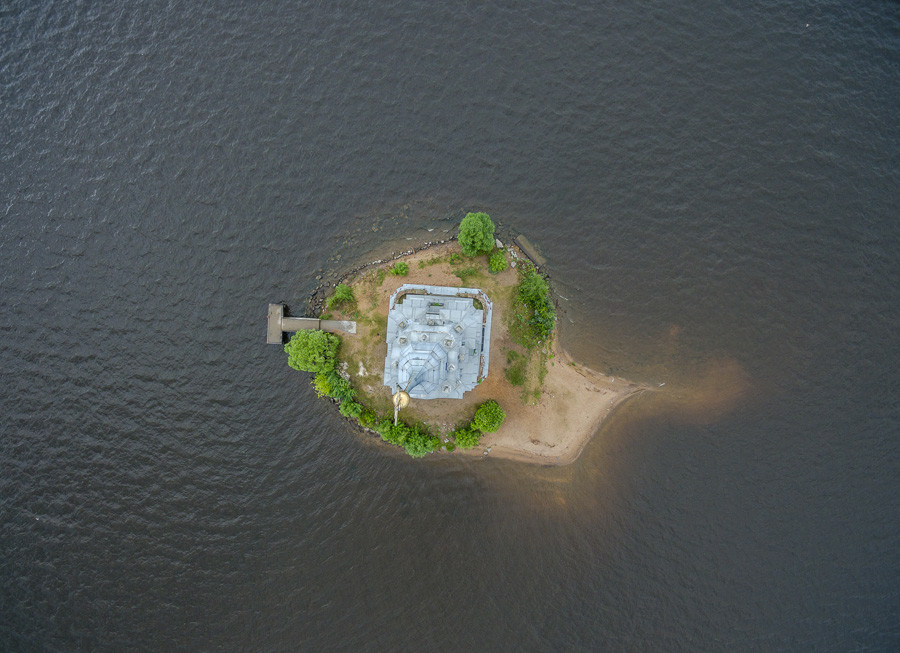 “The risk with the Kalyazin bell tower was that I flew really close to its spire,” he says. Eventually, he got lucky, took breathtaking pictures and managed to get the copter back. 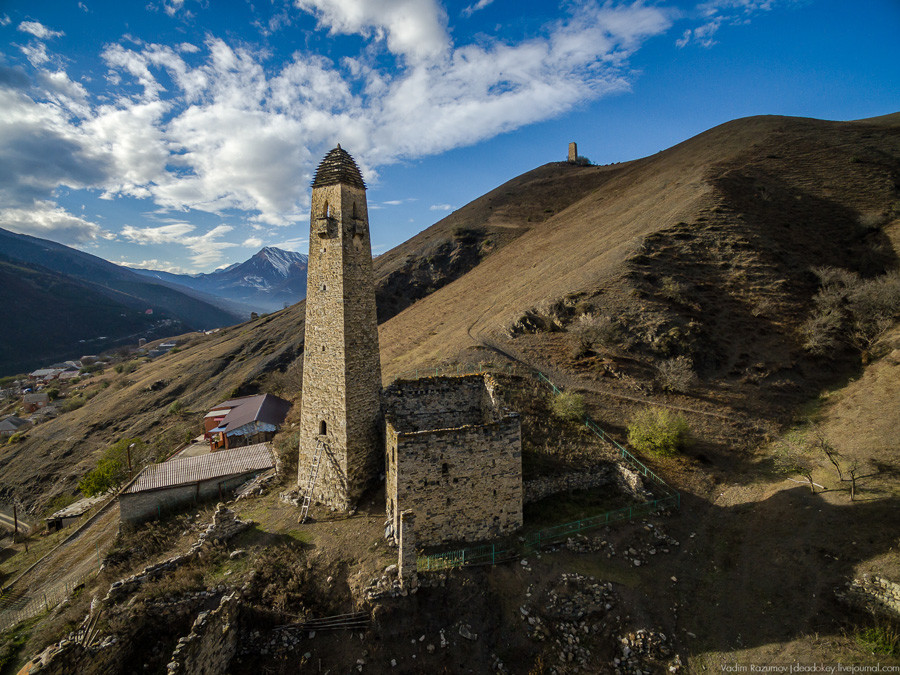 Vadim has suffered accidents too. Once during in Russia’s Caucasus republic of Ingushetia, a quadcopter lost connection with the remote controller and flew into a waterfall. Later Vadim managed to find it practically undamaged. “I found out that it was an issue covered by warranty, not weather conditions, pilot error or any interference from the secret service” The copter was fixed and now is in use again.

4. Don’t limit yourself to aerial photos to show the beauty of the place 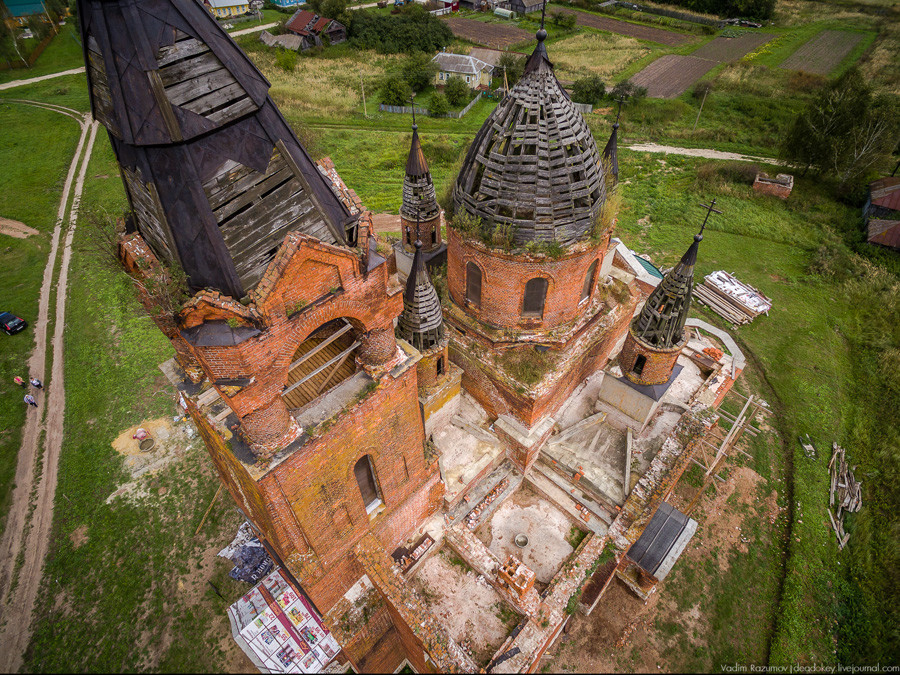 “In architectural I use the drone only for general views and plans. In addition to these shots, I always take artistic photos, capture the textures, details, interiors decoration of facades decorations with a professional camera.” 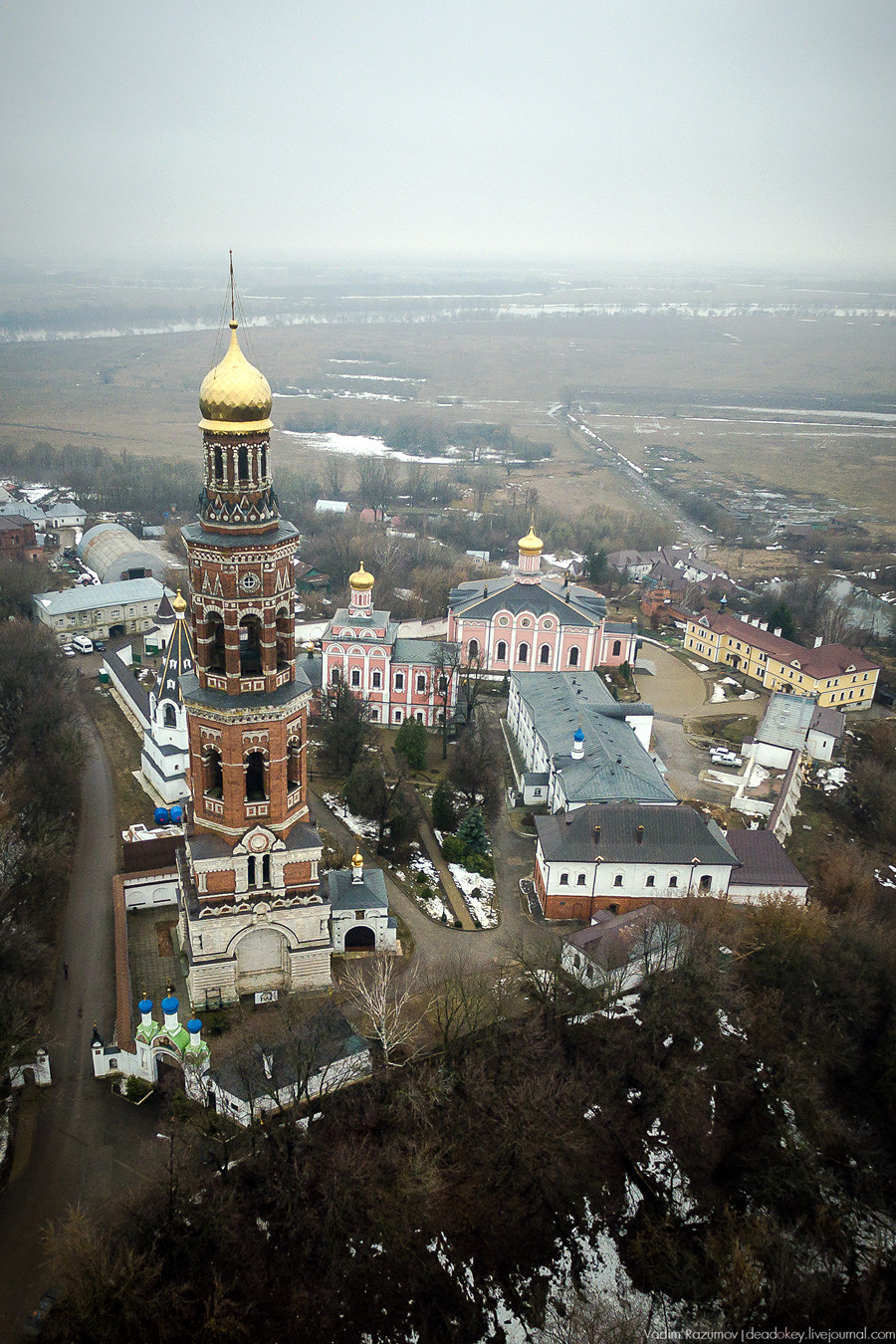 Now that you know how to operate your bird take a closer look at some St. Petersburg palaces you must visit before you die.