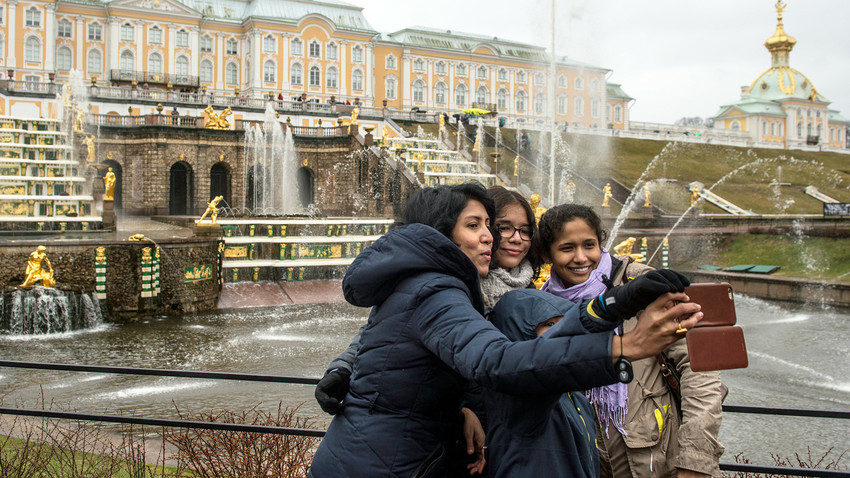 Tourists pose for photographs against the background of the Grand Cascade fountains during the opening of the summer season at the Peterhof museum-reserve.

The Peterhof state museum near St Petersburg has become the most visited in Russia during 2017, with over 5.3 million visitors, according to the Russian Ministry of Culture. The museum’s deputy head Roman says it’s 200,000 more people than last year, and 40 percent of the visitors were foreign tourists.

Peterhof is a small town 47 kilometers from St. Petersburg. In the 18th and 19th centuries, it was the summer residence of the Russian tsars, and is sometimes referred to as the "Russian Versailles." The palace and gardens along with the town are recognized as a UNESCO World Heritage Site.