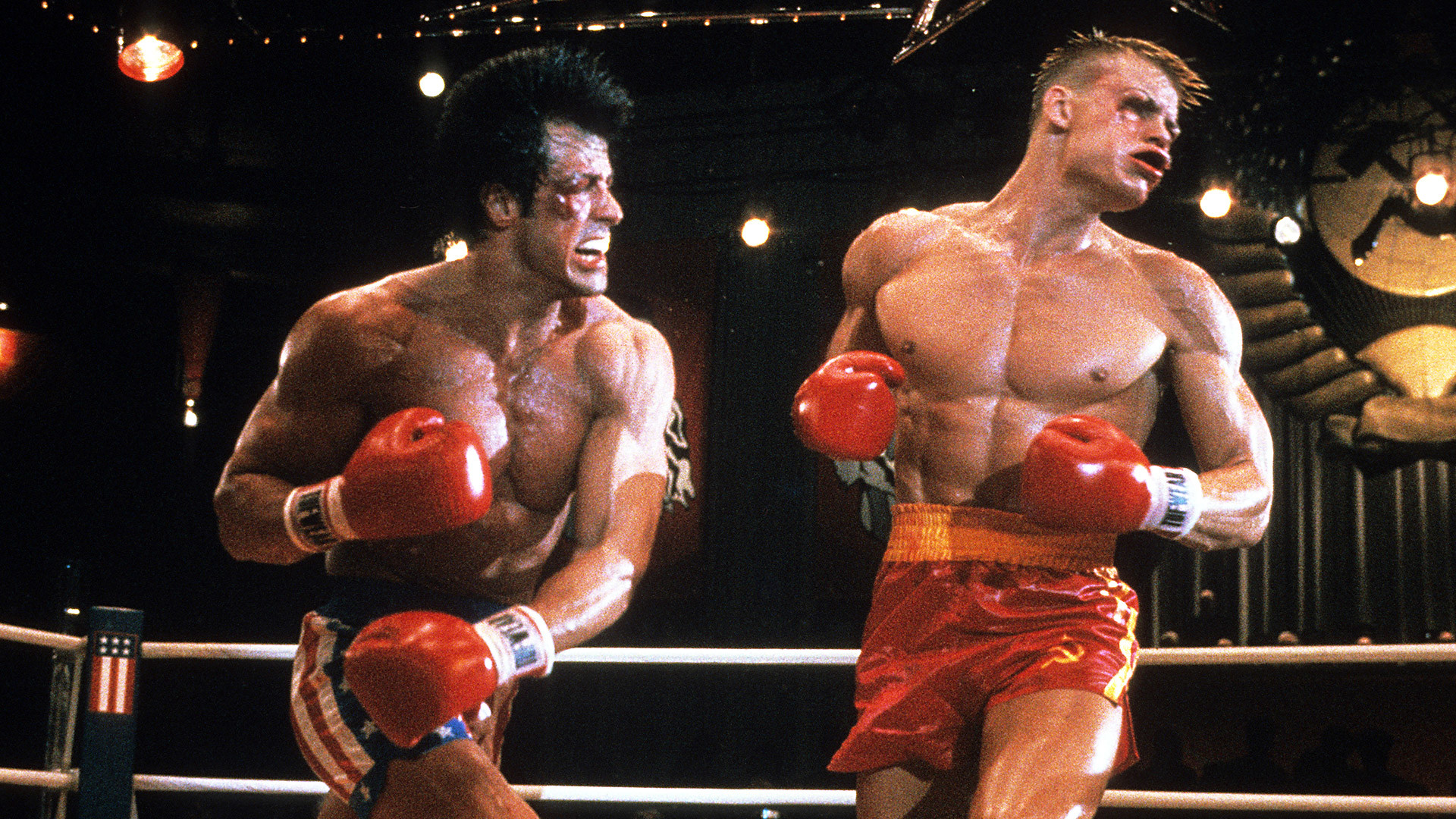 Stallone punches Dolph Lundgren in a scene from the film 'Rocky IV', 1985.

Getty Images
The conflict between the protagonists of the Cold War impacted all areas of life, and sport was no exception. Sport competitions between Soviet and U.S. teams were so fierce and brutal that they resembled real battles. Russia Beyond presents the best movies about the East-West war on the sports field.

This biopic follows the life of one of the most skillful and talented Soviet hockey players, Valery Kharlamov, whose number was 17. The culmination of the movie is the Canada-USSR Summit Series of 1972, in particular the first match in Montreal. There was little hope that the Soviet hockey players would be able to overpower the glorified Canadian professionals on foreign ice in front of a hostile crowd. But the Soviet team performed a miracle and won the match 7:3 with two goals scored by Kharlamov.

This movie tells also about another miracle on ice, but this time by American hockey players. In the final of the 1980 Winter Olympics in Lake Placid, the U.S. team confronted the “Red Machine,” which had won gold in the four previous Olympic Games. Considered invincible, the Soviet juggernauts were surprisingly defeated 4:3 by the U.S. team, the youngest in the tournament, consisting exclusively of amateur players from college teams.

This film was based on the dramatic and controversial men’s basketball final at the 1972 Olympic Games in Munich. The Soviet players had the advantage during the whole game, but at the end the Americans held a slender 50:49 lead and began an early celebration after the final whistle. But it was premature — due to technical problems with the scoreboard, it was decided to replay the last three seconds of the game. Even then it wasn’t over. Due to a mistake by the timekeeper, the final three seconds were replayed a second time, which is when the Soviet team finally took its chance. A long pass across the whole court to Alexander Belov with a 2-pointer in the last second brought the Soviet team a 51:50 victory. In protest, the U.S. team didn’t participate in the award ceremony, and refused their silver medals.

The movie concentrates on the chess confrontation between the superpowers, a less physical but no less dramatic Cold War rivalry. Unlike hockey and basketball, chess was a “sport” in which the Soviets were untouchable. The Americans were desperate to challenge this domination, something impossible until the appearance of the young genius Bobby Fisher. Pawn Sacrifice tells about the tense series of matches for the world title between Fisher and the Soviet grandmaster Boris Spassky that took place at the 1972 Championship in Reykjavik, Iceland. Defeating Spassky, Fisher became the second American (after Wilhelm Steinitz) to win the world title and broke the Soviet stranglehold on the 64 squares.

Unlike other sport dramas, Rocky IV is not based on real events, but embodies the harsh confrontation between the West and the East, the USSR and the U.S. Famous boxer Rocky Balboa is eager to avenge the death of his former rival and later friend Apollo Creed, who died in the ring during a bout with the Soviet champion Ivan Drago. Drago is a real machine—cruel, emotionless, and stone cold with enormous power. Rocky makes inhuman efforts to defeat Ivan at the showdown in the Soviet Union and even wins over the hostile crowd.

The Cold War impacted all sides of life. Here you can find out how Soviet and U.S. radio stations waged an ideological propaganda war against each other.