Fashion trend: Where and how to buy Russian football scarves 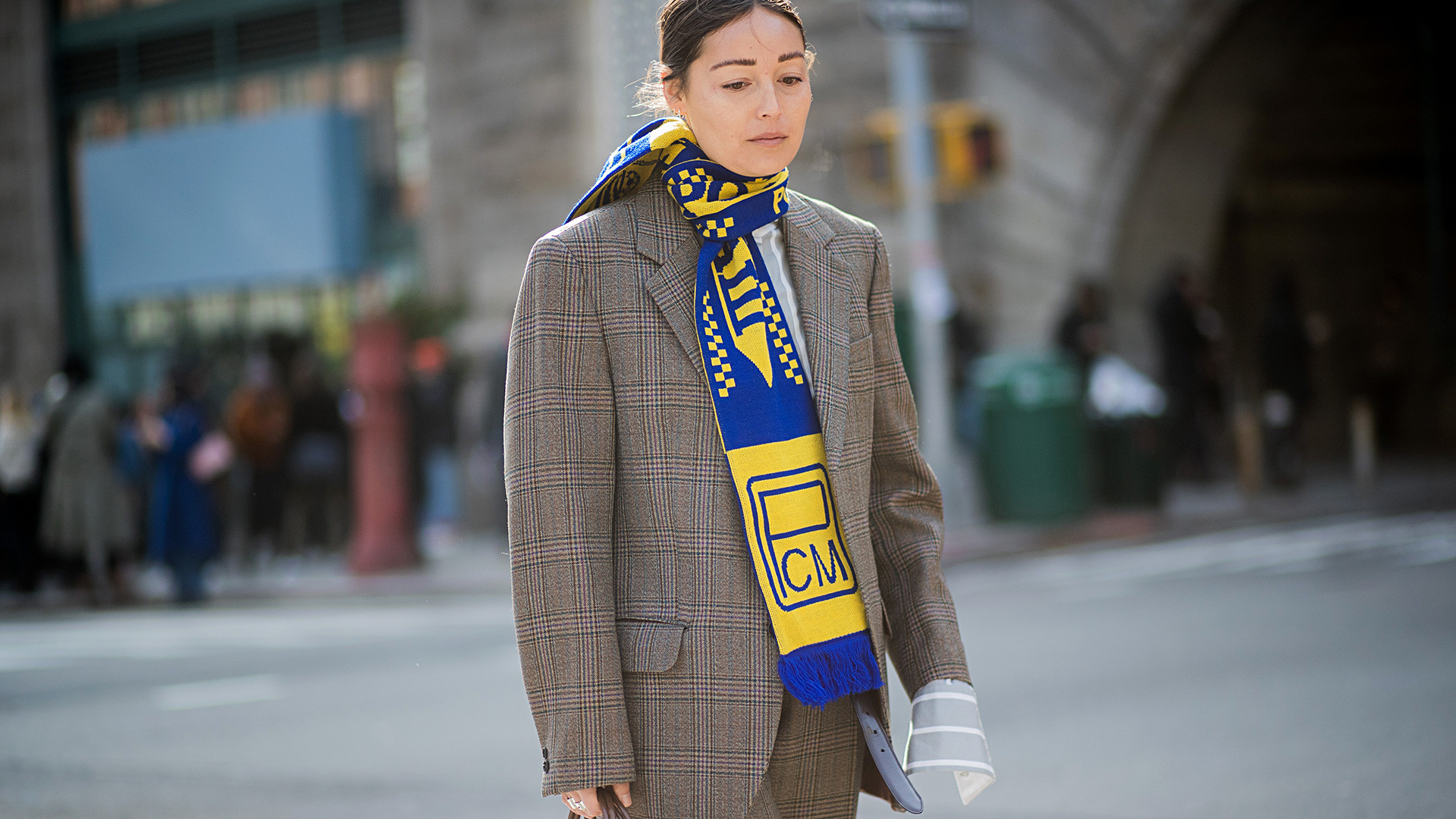 Getty Images
While Russian football (soccer) club scarves are often waved at fashion weeks in global capitals, as well as on the pages of Vogue, Russia Beyond has the scoop on where you can buy one.

Fans of Rostselmash, a small football club in Rostov-on-Don (1,000 km south of Moscow) suddenly found themselves the most stylish people in the world. For this they have to thank designer and fashion editor Rachel Wang, who wrapped the accessory around fans’ necks during Fashion Week in New York and landed on the pages of Vogue.

“It’s nice to realize that for 20 years you lived your life without knowing what’s fashionable, and then bam! You’re a trend,” joked one of the fans.

Indeed, football club scarves are one of the hottest street-style trends, and on the eve of the 2018 World Cup in Russia here’s your chance to own one.

The scarf of this Moscow club appeared at Fashion Week in Paris in 2016. CSKA is a seven-time Russian Cup champion, and the first Russian club to win the UEFA Cup. “Red and blue” fans love to show off their torsos during matches, demonstrating their resilience to the cold and their devotion to the team.

You can buy the team scarf online and have it delivered to anywhere in the world, or just walk into one of the club stores in Moscow. 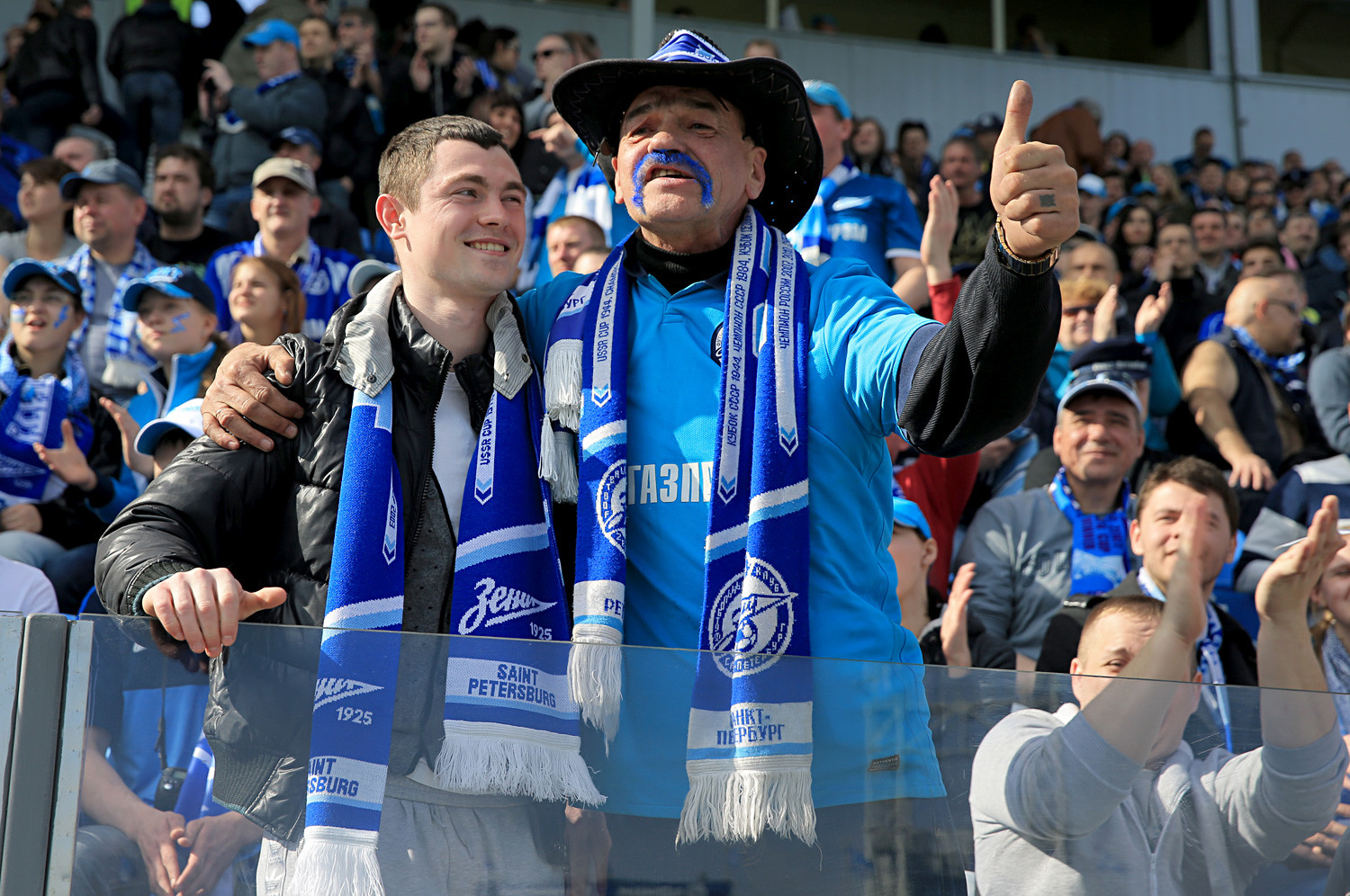 This club’s city is St. Petersburg, and Zenit has the most expensive jerseys in the Russian Premiere League. In 2016, the team was the most profitable club in Europe according to UEFA. Order a scarf here (international delivery), or buy it in St. Petersburg at these stores. 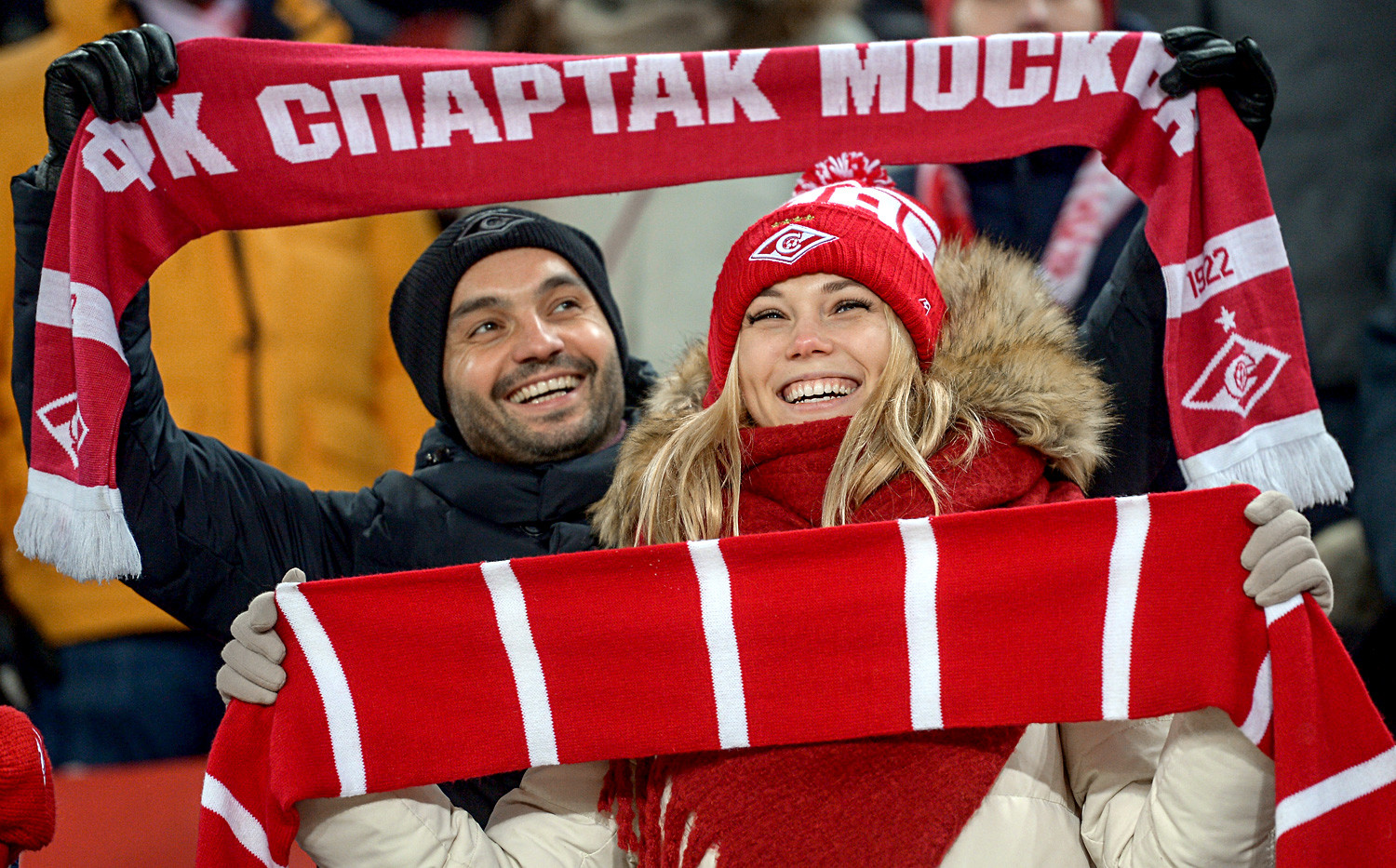 This is another Moscow club, a ten-time Russian champion and Zenit’s archrival. According to Yandex, this is the most popular club in Russia. Spartak has two official stores in Moscow, and only a Russian-language page at its online store. Despite this, deliveries are still made everywhere in the world. 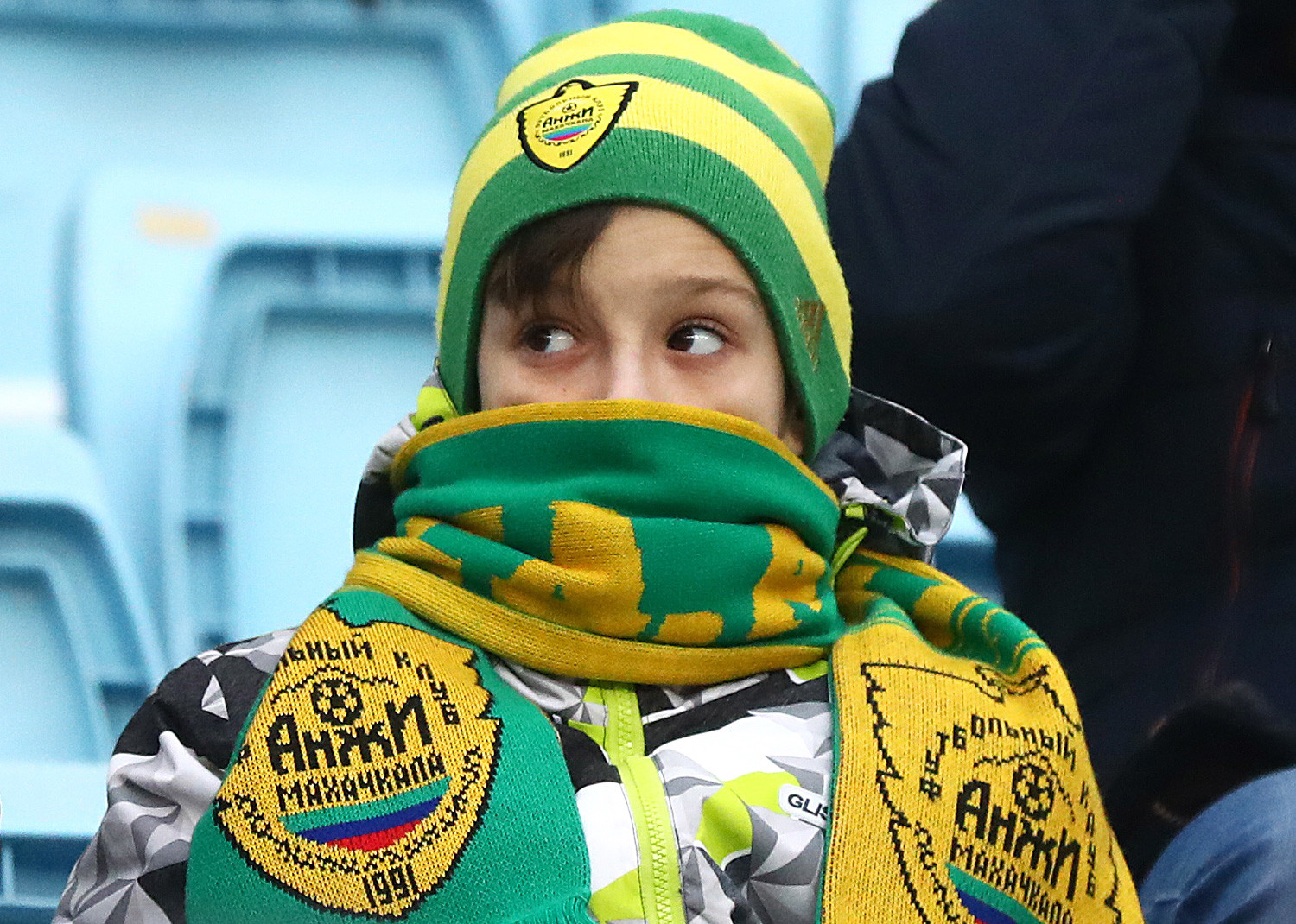 This Dagestani club from Makhachkala (1,800 km south of Moscow) plays in Russia’s Premier League, and while it’s the leader in goals conceded, Anzhi also scores a lot. In 2014, the club was eliminated from the European Cup later than any other Russian team, and in 2017 it played on the same level as the championship leader, Spartak.

The club delivers throughout Russia and to other countries in the Customs Union. The best way to find an Anzhi scarf is at a Moscow or St. Petersburg store through the Avito shopping platform that has many outlets. 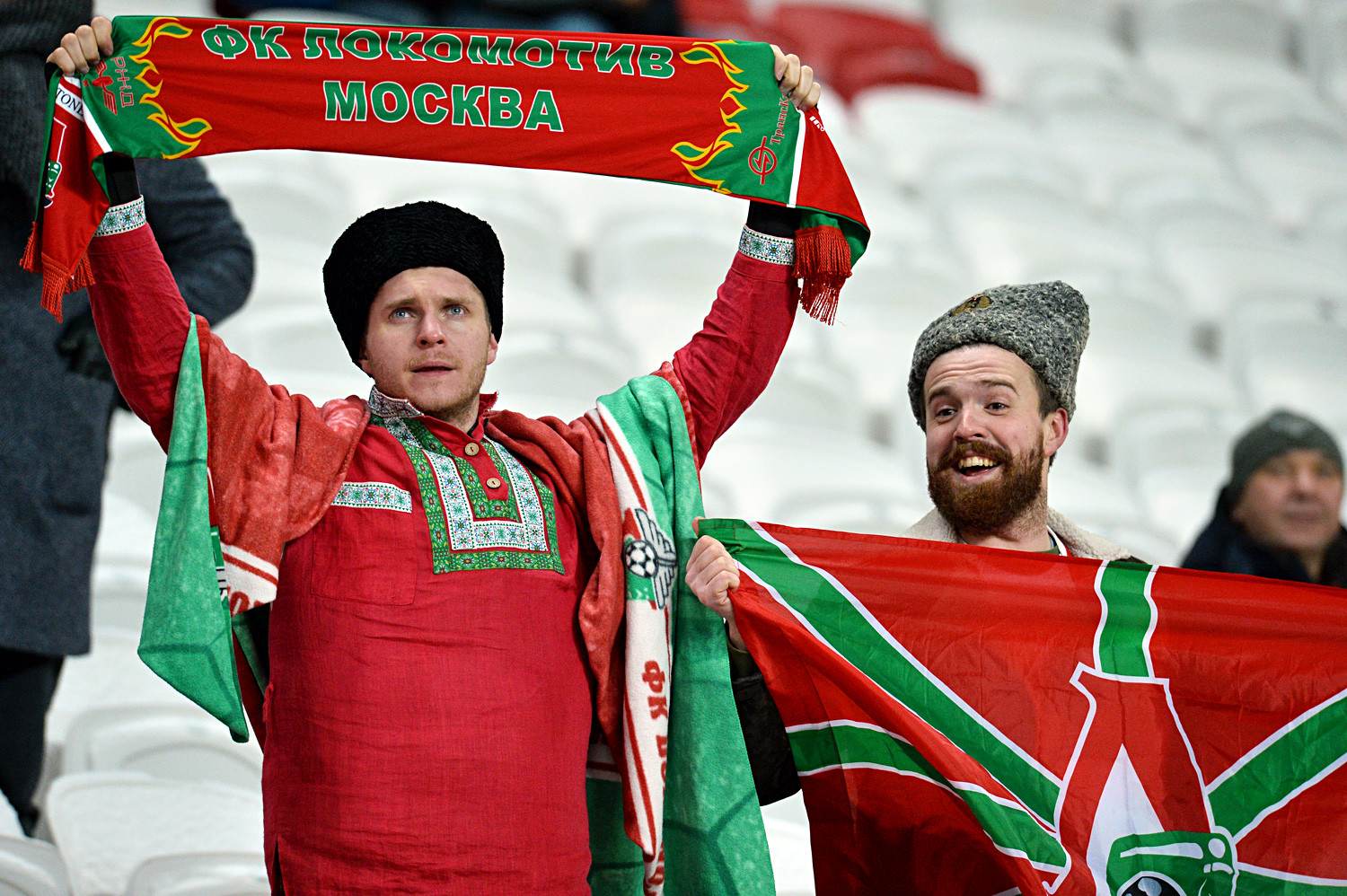 The club was established in 1922, and in 2017 it caught up to CSKA in terms of victories in the Russian Cup: a total of 7. The Internet store delivers throughout Russia and to the airports of Sheremetyevo, Domodedovo and Vnukovo. For further information, write to shop@fclm.ru. 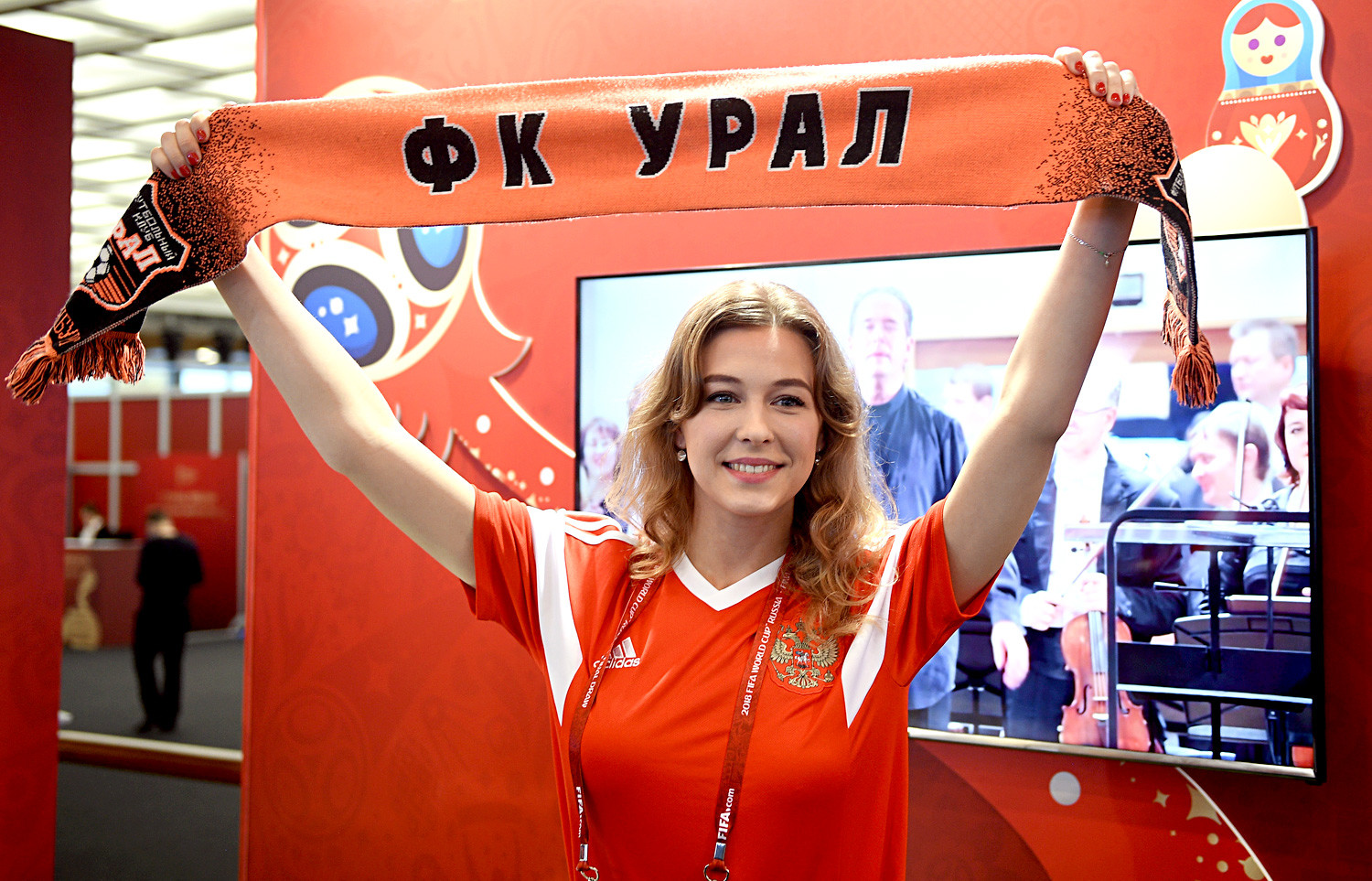 Unlike Lokomotiv, its rival in the Russian Cup FC, Ural from Yekaterinburg (almost 1,800 km east of Moscow) was a finalist last year for the first time. While it didn’t win, it has experience in the European Cup: in 1996 it reached the semifinal, losing to Dennark’s Silkeborg. The Internet store delivers throughout Yekaterinburg (one of the hosting cities of the 2018 World Cup). The city also has an official retailer. 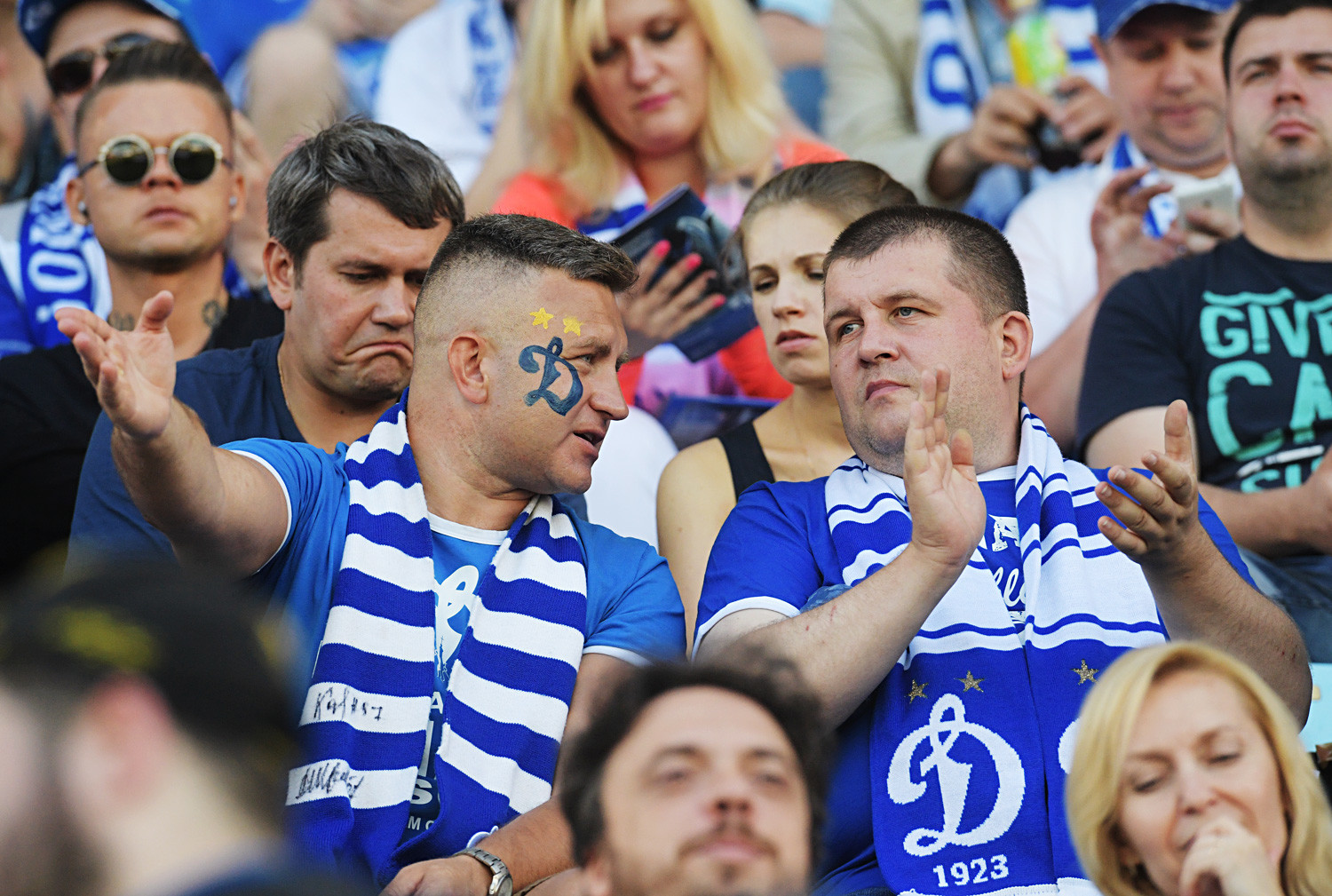 This is one of the most successful clubs in terms of titles and one of the oldest, founded in the time of the Russian Empire in 1907. Today, the club is part of the Premier League, but its heyday was in the Soviet period. It won its last Russian Cup title in 1995.

This is the official Internet store with delivery throughout Russia. Dinamo scarves can also be found on eBay. 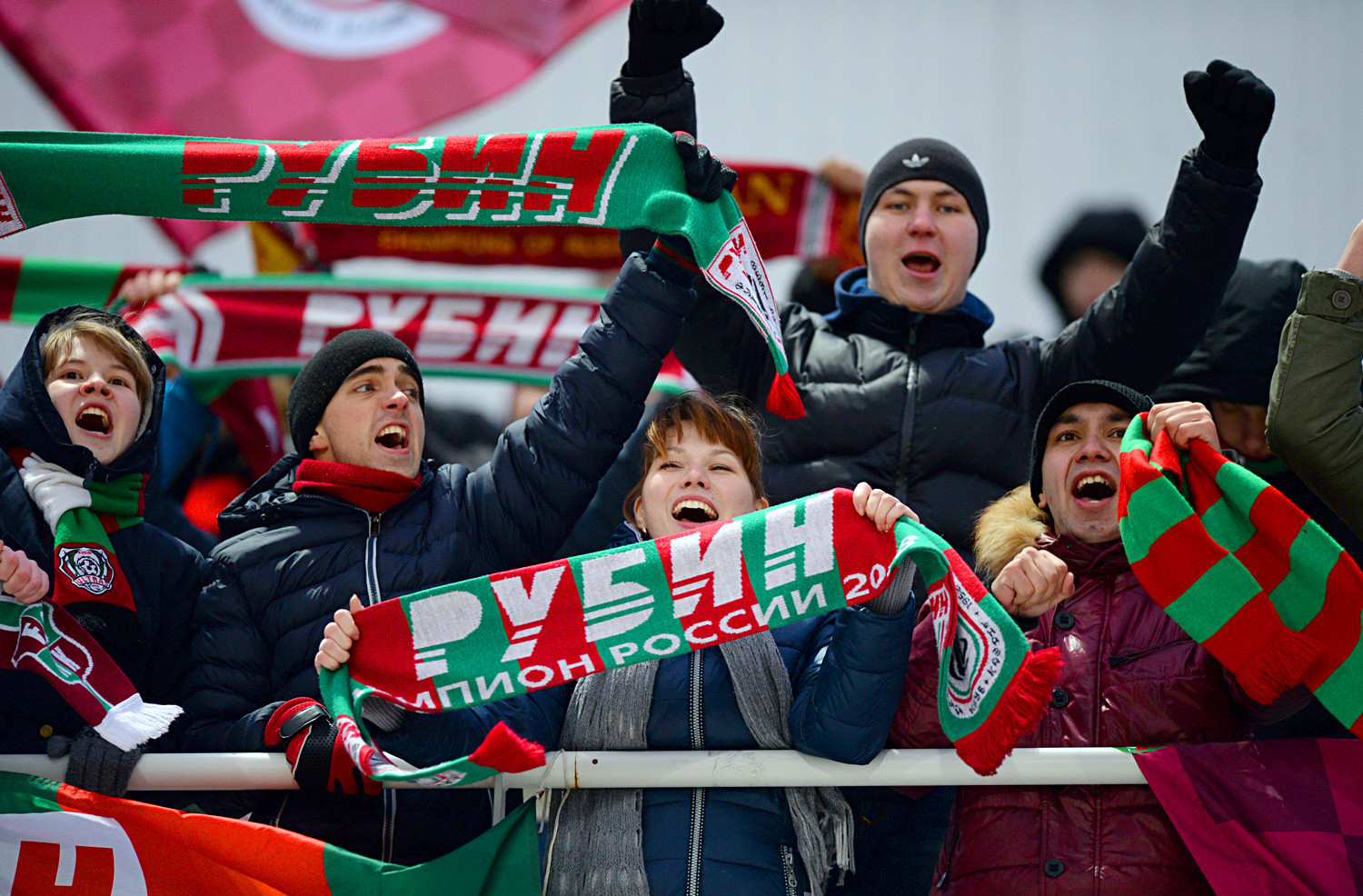 This club from Kazan (815 km east of Moscow) was one of the leaders in Russian football in the second half of the 2000s. For almost 50 years, no one knew the true significance of its name, and only recently it became known that the name does not refer to a ruby, but rather to a factory named Rubin that supplied radars for military planes assembled at the Kazan Aviation Plant.

The club’s brand store (only in Russian) delivers throughout the world. Kazan is also a 2018 World Cup hosting city, and scarves can be bought in the store located at the Central Stadium. 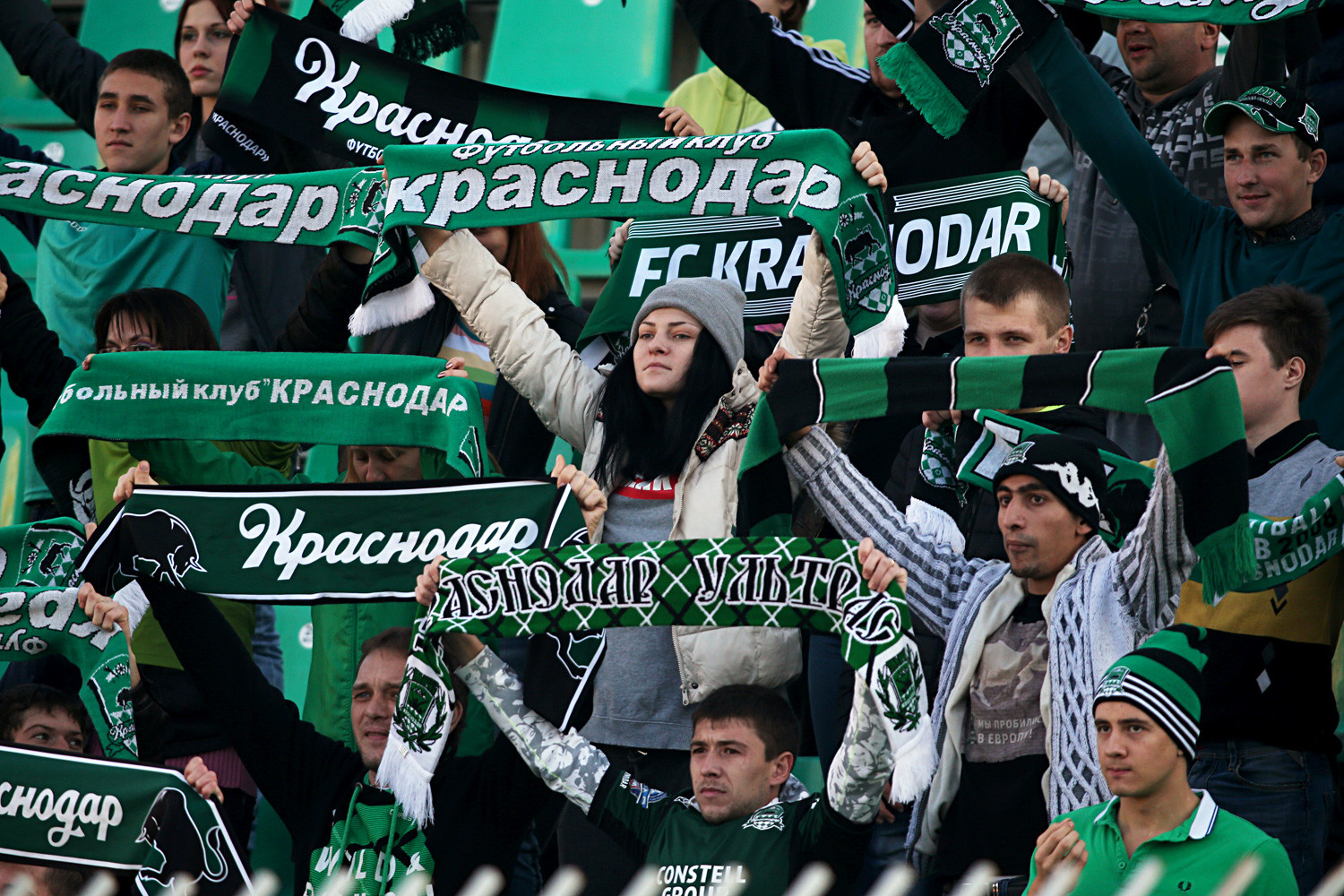 This young club from Krasnodar (1,450 km south of Moscow) went from the lowest division in Russian football to the Premier League, where it is now ranked fourth. You can order a scarf through the official Internet store (with delivery throughout Russia), find it on eBay or go into one of the stores in Krasnodar. 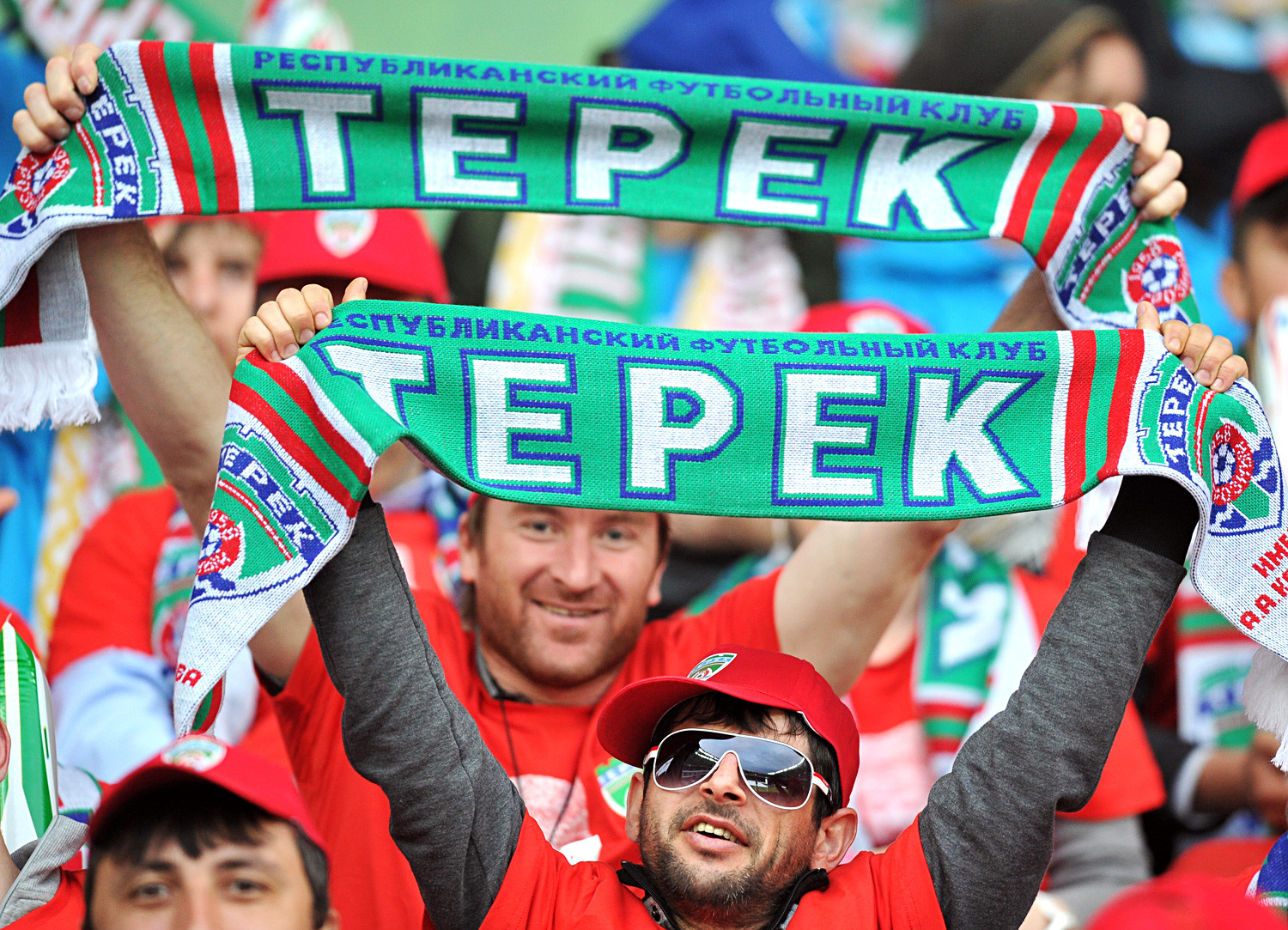 This club from Grozny (1,850 km south of Moscow), which won the Russian Cup in 2004, has changed its name several times in its history. For many years it was known as Terek, but in 2017 the name was changed to Akhmat in honor of Chechnya’s first president, Akhmat Kadyrov. Therefore, it’s difficult to find an Akhmat scarf in a store. Still, the Terek scarf can be found in Grozny at the team’s official store in the Berkat shopping center, or on Avito.