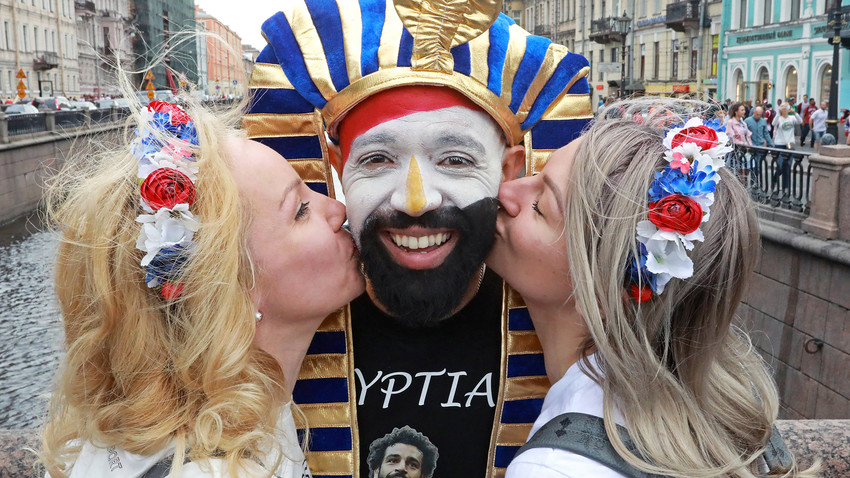 Sergei Konkov/TASS
The cities of Russia are ablaze with the colors and sounds of hordes of football fans from across the globe, each with a story of their own.

Below are some of the most festive social media moments posted by visitors in the first days of the 2018 FIFA World Cup™ in Russia. We'll be back with more coverage of what our guests get up to as the World Cup progresses.

Let’s start with these four guys. For who could forget the four amigos from Mexico, who crossed the ocean on their old school bus with a cardboard cutout of their friend, whose wife didn’t let him go! This is them driving down Moscow’s Mokhovaya street, near the Kremlin.

And by the Moscow State University…

This young lady in Argentinian kit says “My dream has come true – at the World Cup I worked with the best team in the world! You are crazy for living in this country. No sleep and jetlag, but anticipating Saturday!

Philipp from Munich swears by his love of Moscow, even comparing it to Berlin. This is what he ran into around Aleksandrovsky Sad, at about 2AM on June 17. 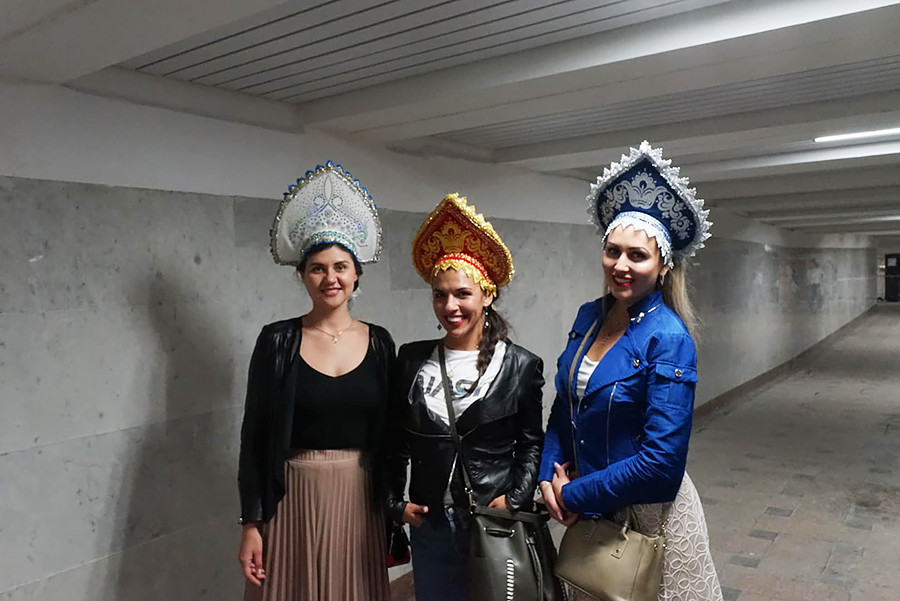 …but then had to contend with Russian traffic on the way to Japan’s game with Colombia: Moscow is a lot of traffic, and there are many accidents. An accident caused a traffic jam, and a sudden change of lanes caused an accident.The accident or the jam first or the chicken first or the egg. This area is just like South America. We'll be there in the morning of the Japanese game.

Then there’s this guy from Nigeria, who’s lived in Moscow for years, and came out to support Team Russia.

His name is Kenny and he goes by the nickname “Black Putin”. Born in Nigeria, living in Moscow for 8 years now, says he’s never experienced racism here in Russia #WorldCuppic.twitter.com/hRVRiKJihV

Vetaran Zambian footballer Kalusha Bwalya has remarked upon St. Petersburg’s beauty ahead of the Morocco-Iran meet.

Colombians collide with the Moscow metro ahead of their trip to Saransk. Accordions seem to tie our two nations together quite eloquently!

And the Peruvians join in the fun to some Russian music in downtown Saransk.

This guy's only been about a day, but has already made some Russian friends in the Fan Zone.

With the World Cup well underway now, international fans continue to arrive in droves. Don't forget to check back for more coverage of their antics - you might spot yourself in there! But while you're waiting,  do check out the Russian football team's 10 most beautiful wives and gilrfriends, as well as our photo coverage of the World Cup fever hitting Moscow!