10 Russian books that will help you in any life situation 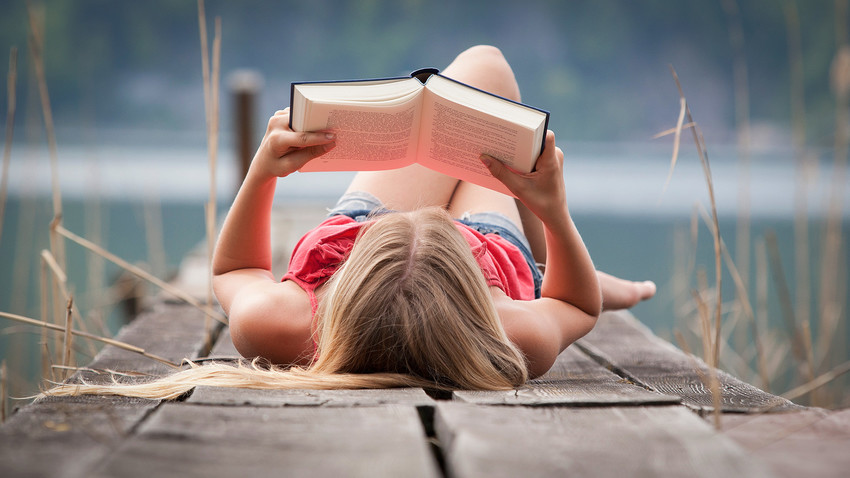 Getty Images
While this list doesn't feature 'Anna Karenina' or 'Crime and Punishment,' it does include other masterpieces by great Russian authors that might prove useful in different situations.

1. To cope with a painful breakup – Ivan Bunin's Dark Avenues 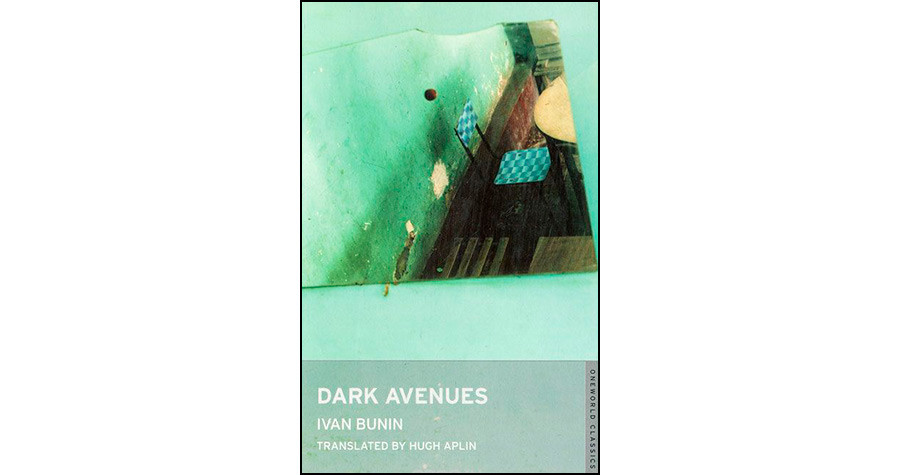 The Russian literary canon is virtually devoid of sex, so this collection of stories reads almost like erotica. Each could be adapted into a version of 9½ Weeks with a touch of mysticism. But the restraint that they show is beautiful. They'll make dream of new romantic liaisons, not fear fleeting romances and enjoy life to the max! By the way, Bunin received the Nobel Prize in Literature, coming ahead of Maxim Gorky, the main Soviet writer of the day.

2. To find the meaning of life – Leo Tolstoy's The Death of Ivan Ilyich 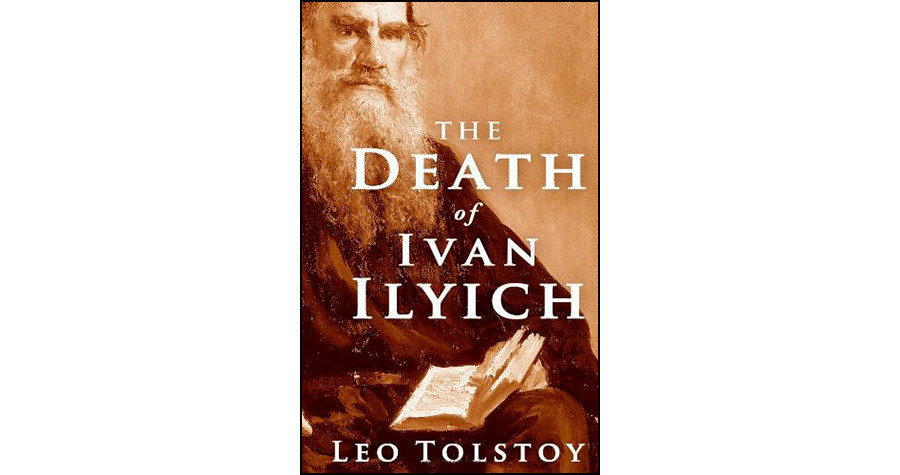 This novella depicts, in graphic anatomical detail, the slow death of a sick civil servant. He led the life of a righteous but was devoid of a spiritual life. In the face of he saw deceit and hypocrisy in and realized that he had lived his life in vain. This is a book about the fear of death and its approach.

Writer Vladimir Nabokov considered this to be Tolstoy's most perfect work.

3. To have an adventure without leaving your sofa – Alexander Pushkin's The Captain's Daughter 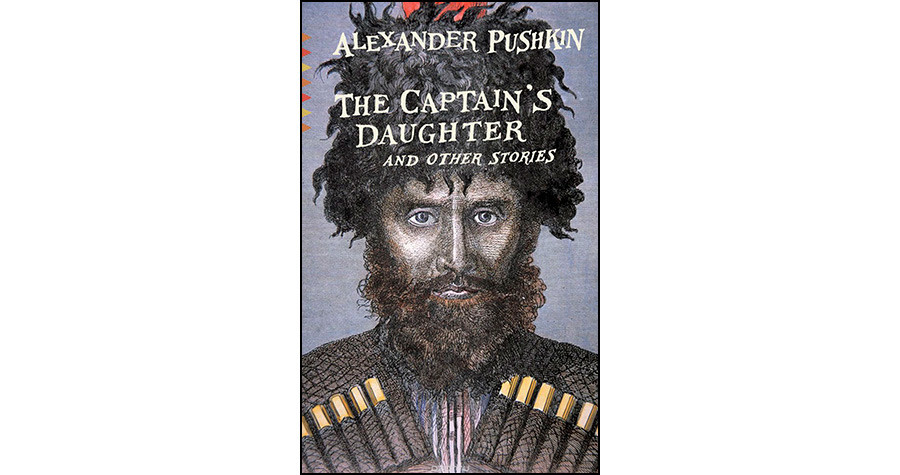 The moral of this book is that good deeds are never in and are rewarded hundredfold to those who do them. Having once given his warm sheepskin coat to a stranger in a snowstorm, Pyotr Grinyov seems to have done something stupid, but in the end, it was this act that saved his life. Without any more spoilers, in a this is an incredible story about love, honor duty set against the backdrop of a very interesting period in Russian history: the peasant uprising led by Yemelyan Pugachev, who claimed he was Emperor Peter III.

4. To take a break from TV series – Mikhail Sholokhov's And Quiet Flows the Don 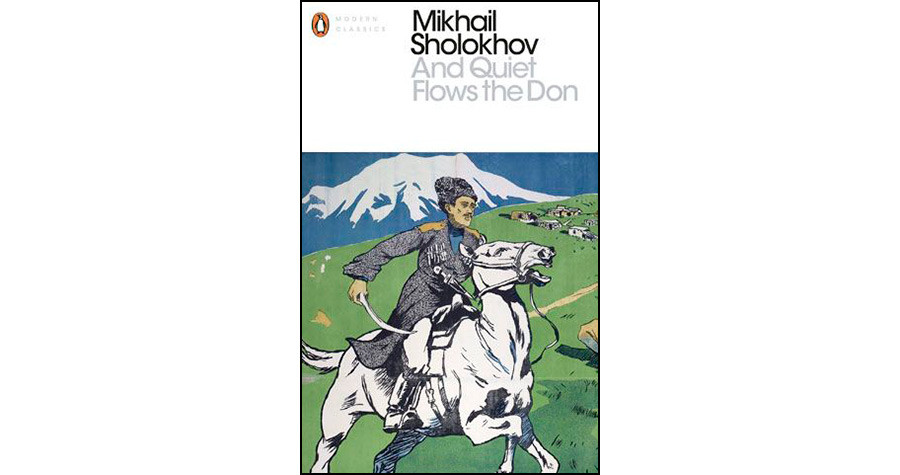 Everything changes and turns upside down when the peaceful life of a Cossack village is upset by the Bolshevik Revolution and Civil War. Brace yourself for four volumes of a fascinating read about how a husband leaves his wife and then returns, how a brother is prepared to kill his brother, how people are torn between the Communists and the White Guard, betraying one another.

Sholokhov is another Russian winner of the Nobel Prize for Literature. However, for a long time academics debated the authorship of And Quiet Flows the Don, arguing that all other works by the same author were of much poorer quality. Yet, an expert assessment concluded that the novel was indeed written by Sholokhov.

5. For quality beach reading – Mikhail Lermontov's A Hero of Our Time 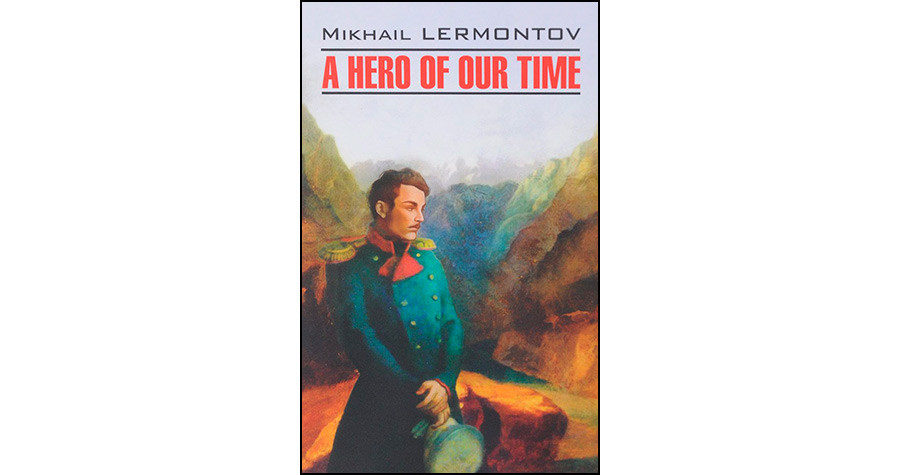 This novel has everything: sea, mountains, love, destiny, and, of course, a riveting plot. Grigory Pechorin is young but he has already seen much of life. He has grown tired of the hypocritical conventions of high society and is disappointed in women. It seems that his soul has grown cold and is no longer capable of strong feelings.

Seeking thrills, he goes to war, abducts the daughter of a Circassian prince risking a blood feud, gets involved in a night operation run by smugglers, starts an affair with a noble young woman just out of boredom. In short, he is a true enfant terrible of the 19th century!

6. To have a hearty laugh – Sergei Dovlatov's Pushkin Hills 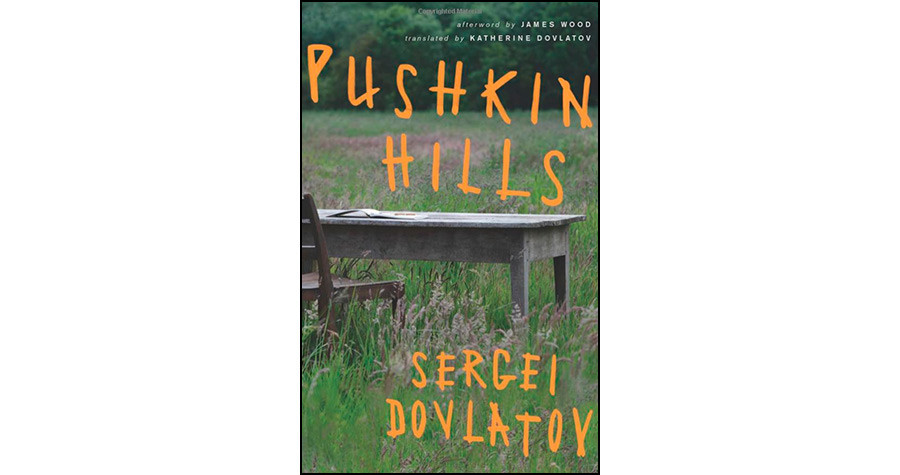 A divorced man is looking for extra work and gets a job as a guide in a remote rural museum devoted to the poet Alexander Pushkin. Most museum staff are women, who soon start falling over to attract the attention of the newly arrived man. You are bound to laugh your head off at the protagonist's witty jokes (even though they were invented in the USSR) and at the recognizable, caricature-like characters.

7. Life is not so bad after all – Maxim Gorky's The Lower Depths 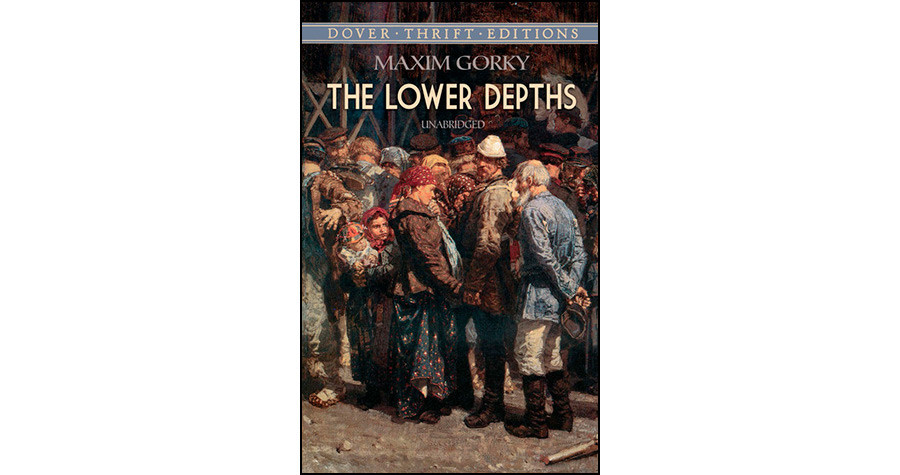 Proletarian writer Maxim Gorky, a man of very humble origins, was one of the first authors to portray the life of homeless children, beggars other fringe characters. The play depicts the life of a shelter where these characters find themselves - each has an unusual life story, but all have ended up in society's "lower depths."

Incidentally, the play is still often staged in Russia and in and continues to be a hit with audiences.

8. To get rid of old things – Anton Chekhov's The Cherry Orchard 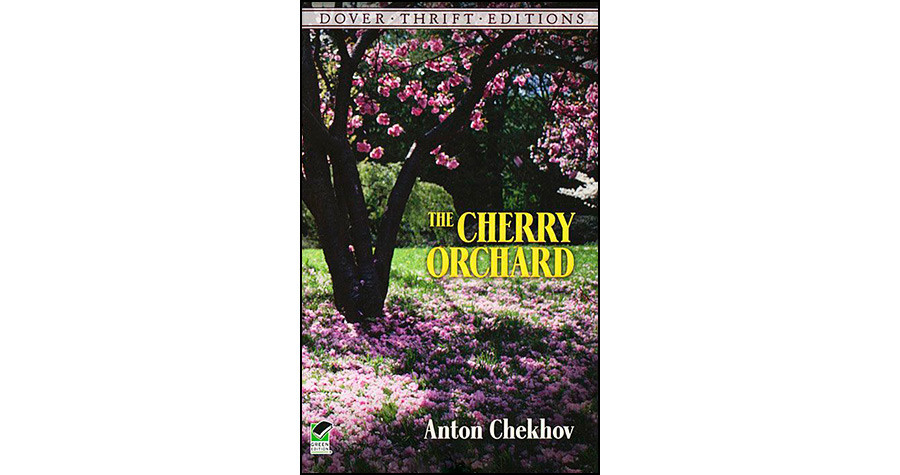 Landowner Ranevskaya is selling her estate and discovers that her cherry orchard will be cut down. She is upset by the news because she's convinced that without the orchard, life will lose all meaning. Yet, it is not all about the orchard – the fact is that she's not ready for change and is attached to the past. Be inspired by Chekhov's legendary play and change something in your life, or failing that, at least in your wardrobe.

9. To have a thrill – Nikolai Gogol's Evenings on a Farm Near Dikanka, and 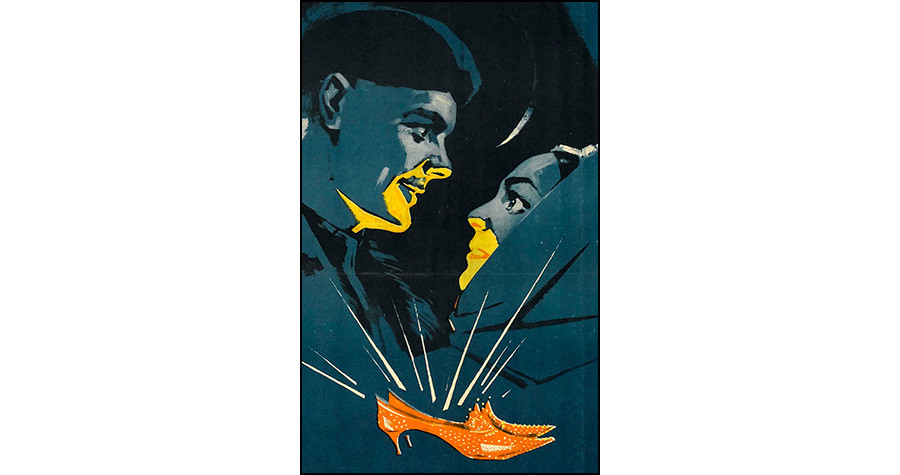 these collections of short stories, funny tales go side by side with horror stories – so think twice before including May Night, or The Drowned Maiden, A Bewitched Place, or Viy on your bedtime reading list. These stories feature the walking dead, evil spirits, and mystical creatures. It's hard to believe that the author of these tales is the same Nikolai Gogol who wrote one of the most satirical books in Russian classical literature – Dead Souls. 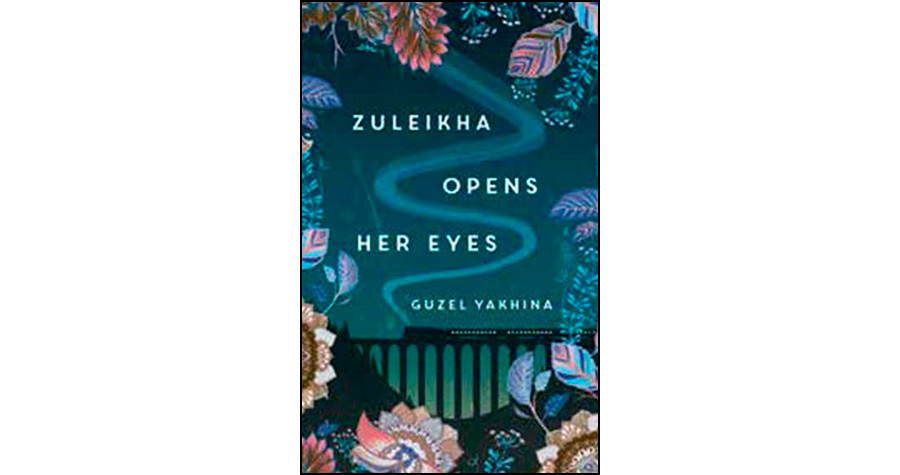 A young woman in a Muslim Tatar village lives under the yoke of a domineering husband and mother-in-law. They treat her like a slave. When the Bolsheviks come to power, the husband is killed, and the woman is sent to a labor camp. There, she feels more freedom than in her previous life, discovers that she has hidden talents and forms a close personal bond with one of the guards…

This is the only 21st-century book on our list. Immediately upon its release, it was translated into more than 20 languages.

Take our quiz: 10 films based on Russian books that became Hollywood classics