Why Russians build churches on trains and ships (PHOTOS) 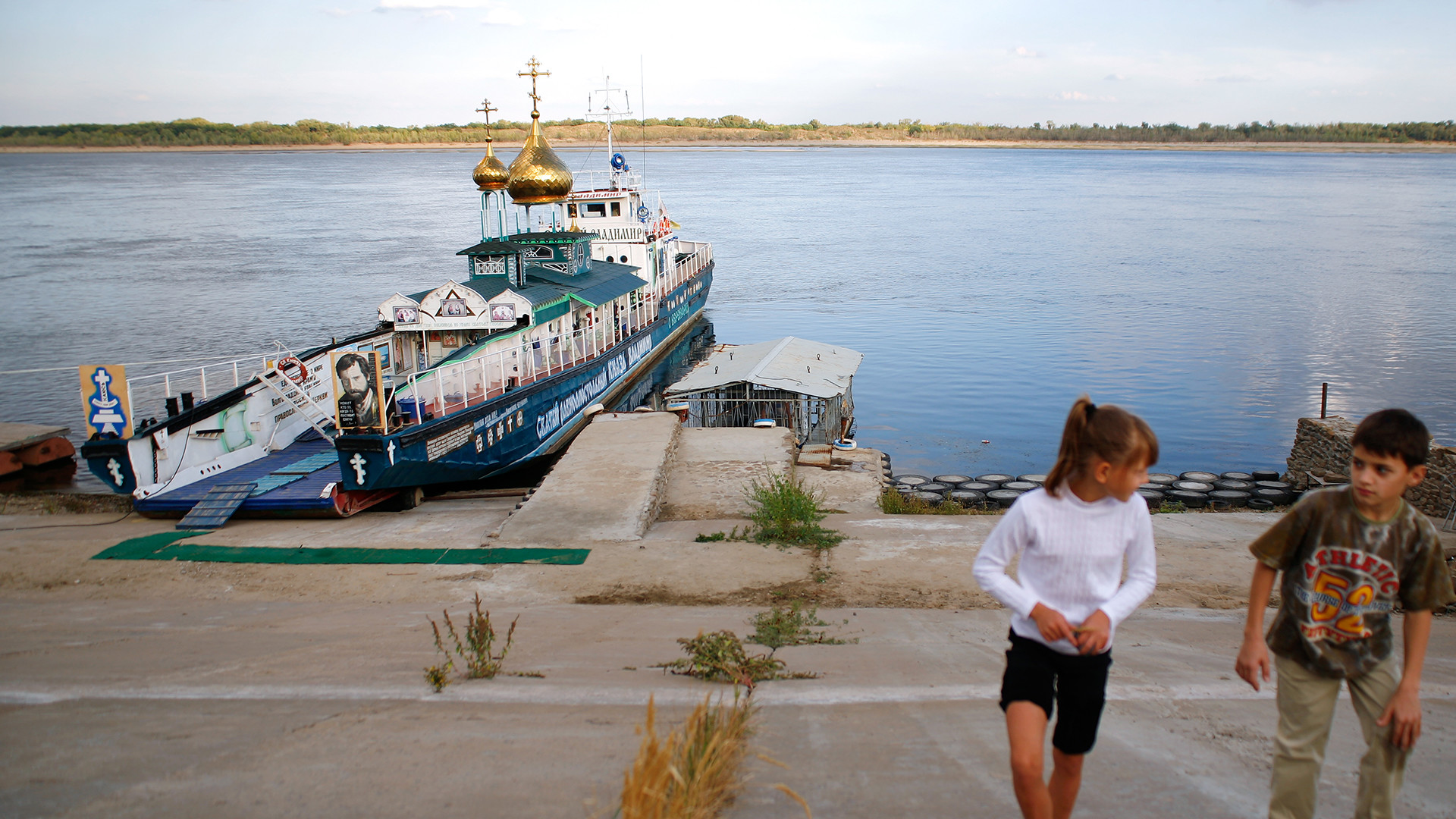 Kirill Braga/Sputnik
These unique churches come in many shapes and sizes but they all have one thing in common - they move!

Portable churches dedicated to missionary work have been popular in Russia from the mid-18th century and they’re wheeled out and shipped to every corner of the country, to places where there were no permanent churches. Today these mobiles churches are built in the most extraordinary ways.

Train churches appeared in the Russian Empire in the late 19th century. A bell gable, consisting of a cross and three bells, was placed above the front door of the carriage and a huge iron staircase connected the platform to the bell tower. Until 1917 some train churches were specially built for the north of Russia, more specifically for Siberia and the Urals. 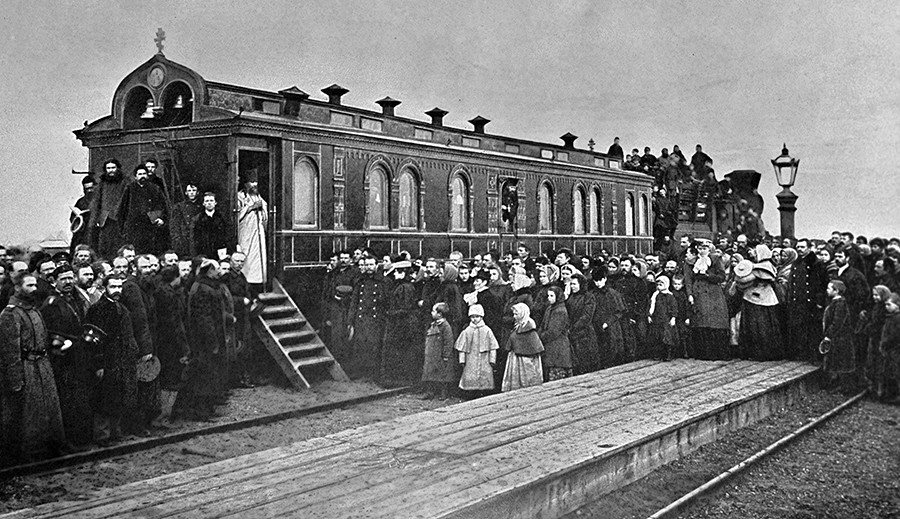 A clergyman beginning service near a railroad chapel car on the West-Siberian Railway. A photo from Anton Chekhov's collection. 1898.

The Russian Orthodox Church currently has around 10 train churches which are used to transport holy shrines and hold sermons. These carriages can be attached to regular trains and train destined for a pilgrimage site, for example. 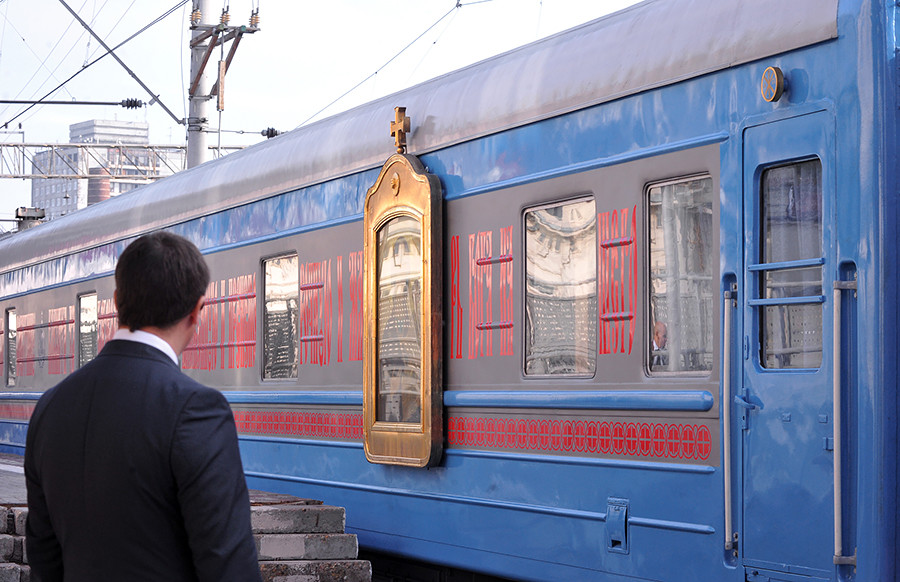 A train with a temple carriage arrives at Moscow's Kursky station from St Petersburg.

A train church, just like a regular church, contains an altar, iconostasis, and a small bell. There’s even a small library inside. 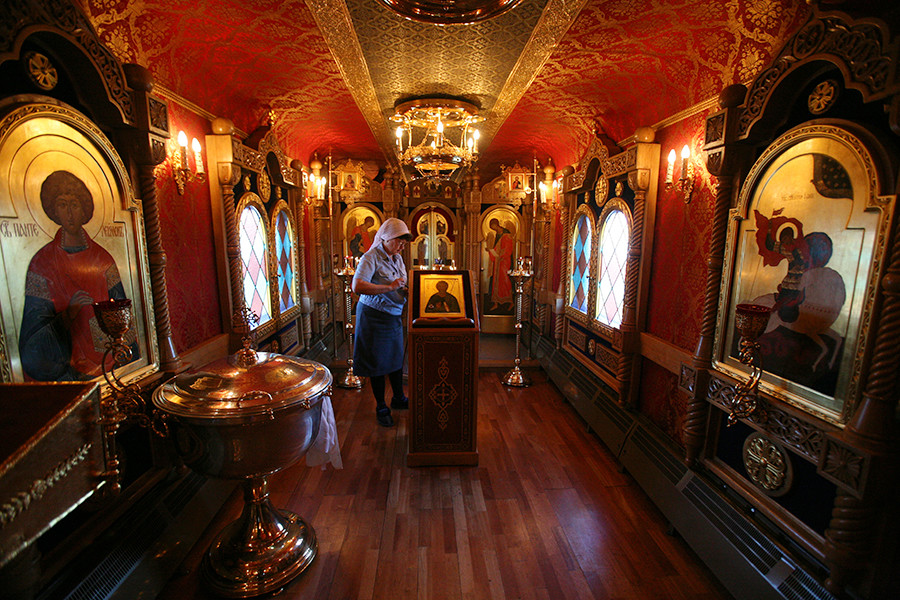 The church train car, a part of the missionary train "For Spiritual Rebirth of Russia" traveling through the Novosibirsk region.

In Nizhny Novgorod, they’ve built a temporary shrine inside one of these carriages, while they complete a church nearby. The local railway gifted this carriage to a local eparchy and it was later turned into a church. 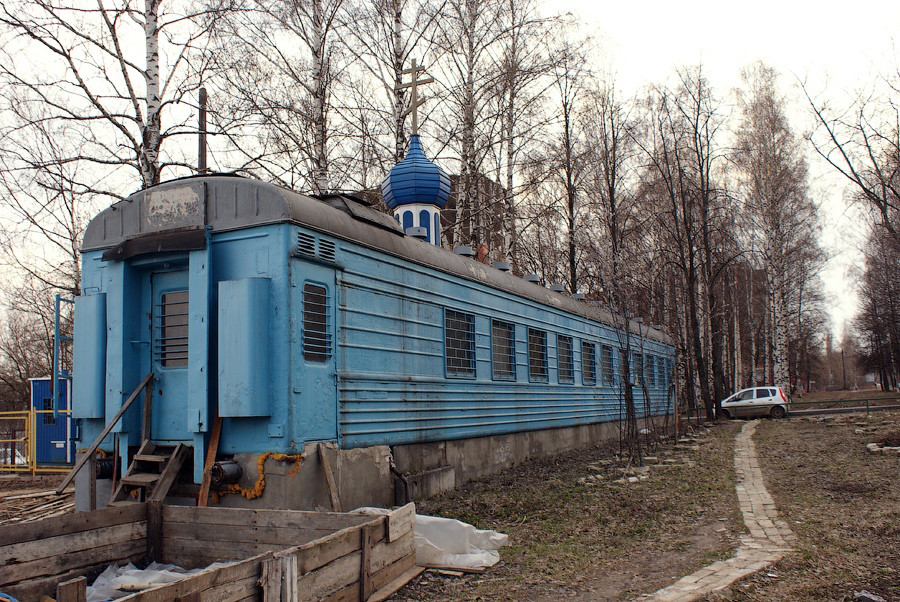 In 1910 the first steamboat-church was built in honor of Nicholas the Wonderworker. The church was built in an English ship dating back to the mid-19th century and the project was financed by Astrakhan merchants. The floating church was used for missionary work on the Volga. 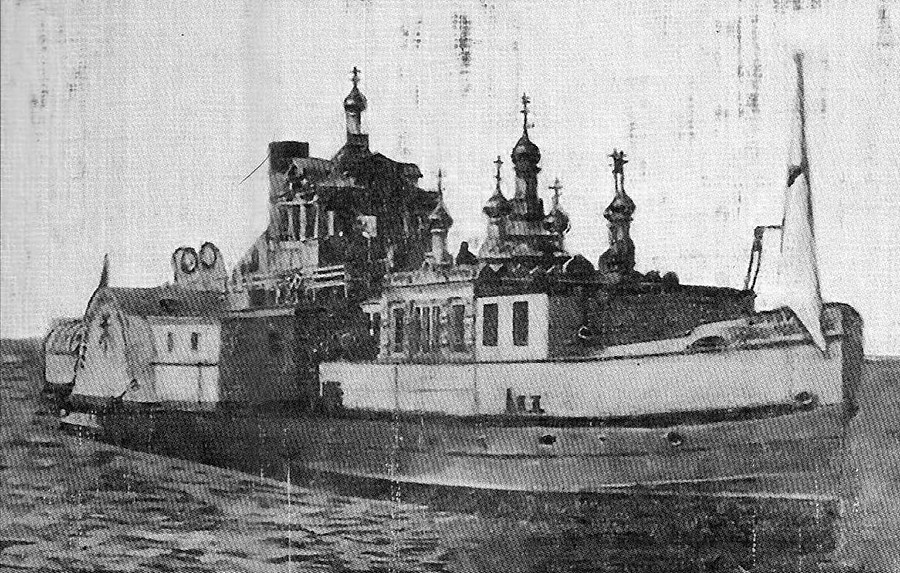 In post-Soviet Russia, the first floating barge-church appeared in Volgograd in 1999. 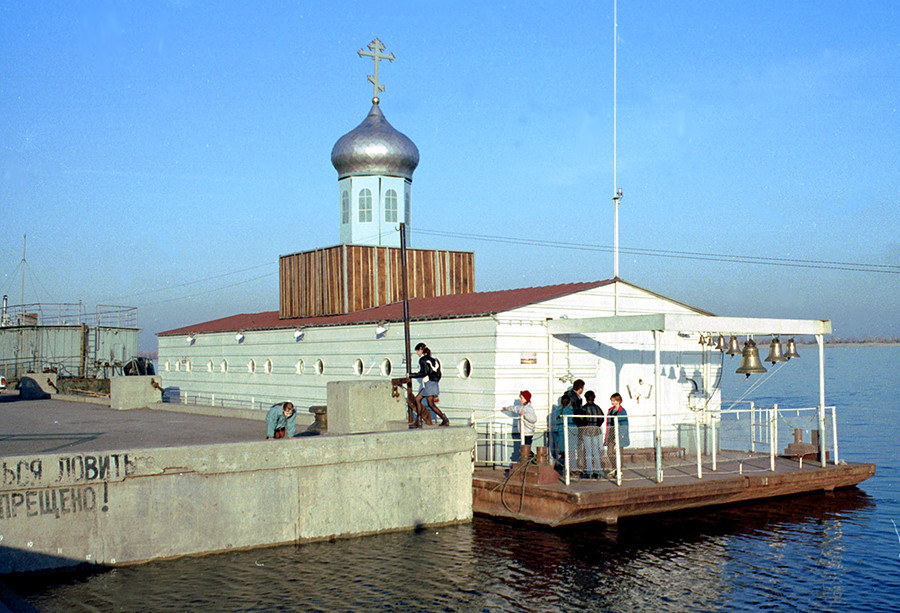 The floating cathedral "Saint Innokenty" tied up at the Central embankment of the city of Volgograd. 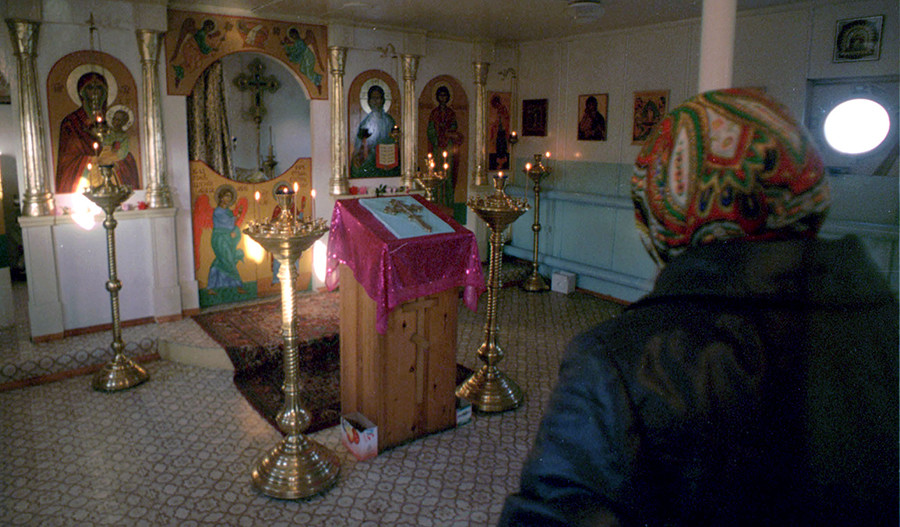 The floating orthodox cathedral "Saint Innokenty" tied up at the Central embankment of the city of Volgograd.

In 2004 a floating church was built on a large landing ship called “Olekma” in Volgograd. The ship, which was a gift from the Ministry of Defense, was named after St. Vladimir. 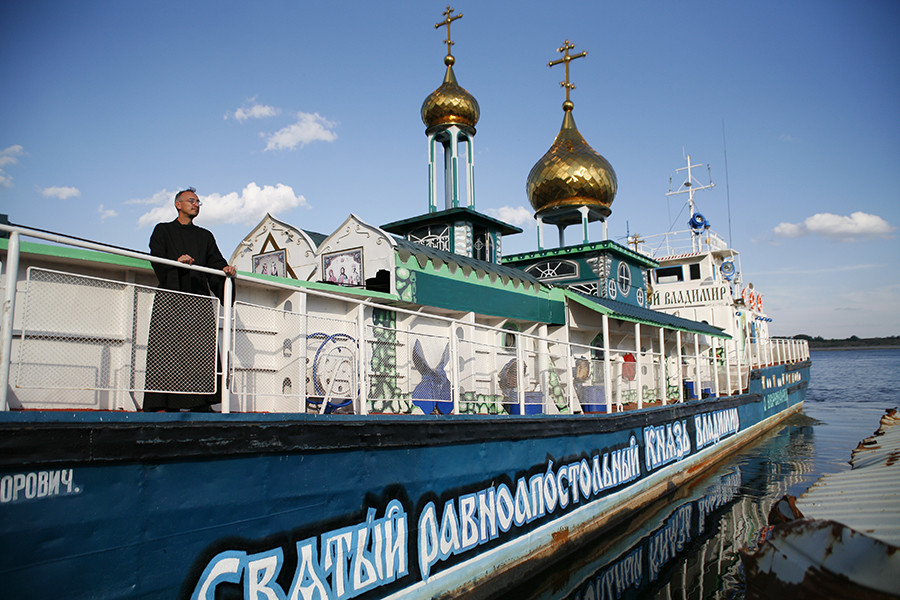 At least two dozen other floating churches, made from barges and tugboats, sail along the Lena, Aldan, and Vilyuy River. 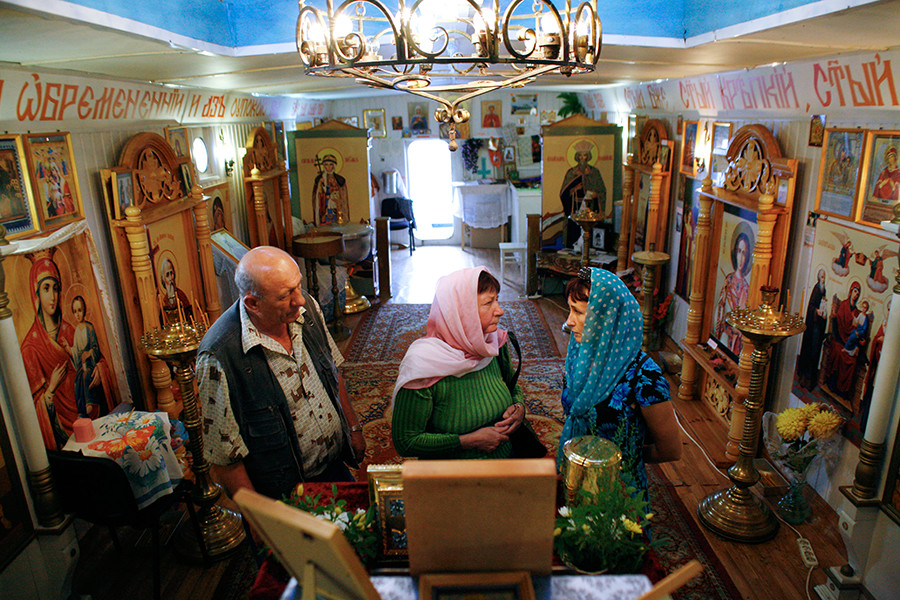 In Tatarstan, you can find a bus-church decked out with domes and equipped with essential church supplies. The local orthodox priest sits behind the wheel and drives the bus to remote villages around the country. The priest sold his car so that he could build the church out of an old LIAZ bus. Volunteers and helpers travel with him. The bus can hold up to 50 parishioners. 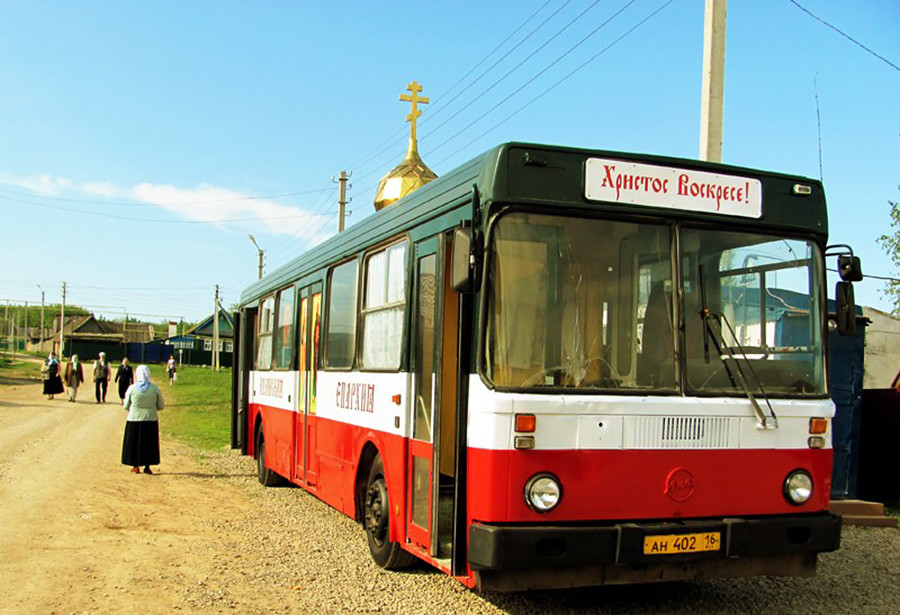 In the Ivanov Region, a church dedicated to Vladimir the Great has been built from an old GAZelle car. You’ll find icons inside the car and an orthodox painting on the exterior. Local priests travel all over the region in this car so that they can carry out religious services and sacraments like baptisms. 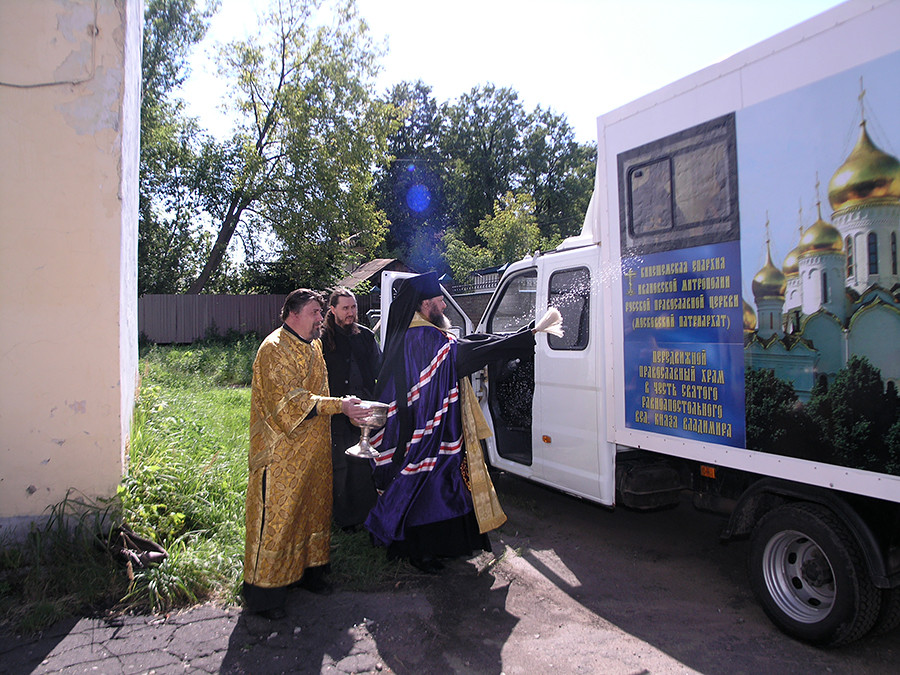 Mobile churches built in the back of trucks (usually KAMAZ trucks) are commonly found in the Russian Army. They started to appear in the early 2000s. Only two people are needed to construct the church and the interior can hold up to 100 worshippers. Not only is there enough space for an iconostasis and church utensils inside, but you can also fit a monastic cell, water heater, and an automatic battery charger.  All icons are firmly fixed onto the walls and a dome with a cross is mounted on top of the truck. The exterior is painted with camouflage colors. 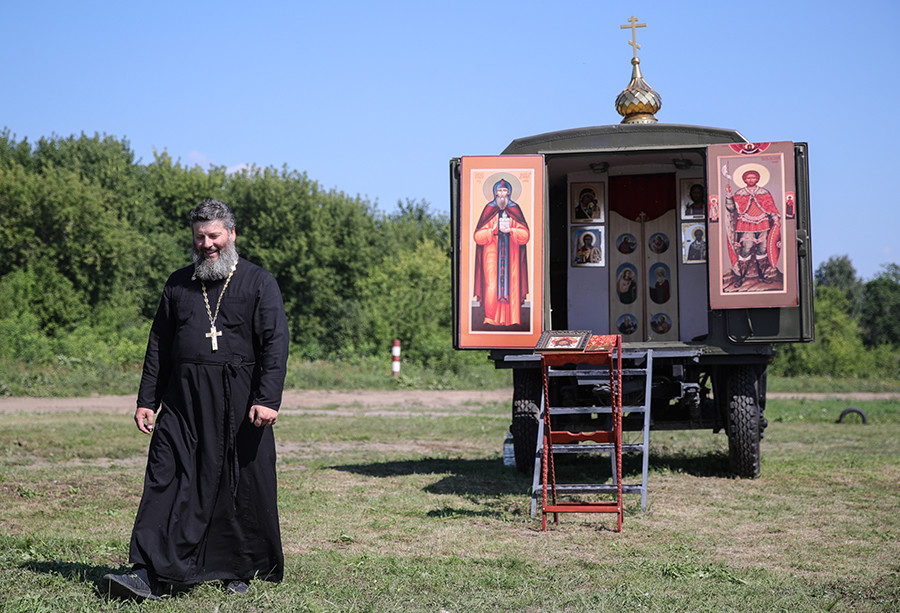 A Russian Orthodox priest near a mobile chapel, during the Open Water contest between pontoon bridge units at the 2018 International Army Games.

The Orthodox Church sometimes hires out planes and helicopters, equipped with church utensils, to carry out large-scale sacred processions and transport holy shrines. They usually fly to Russia’s borders or specific regions within the country on these planes. 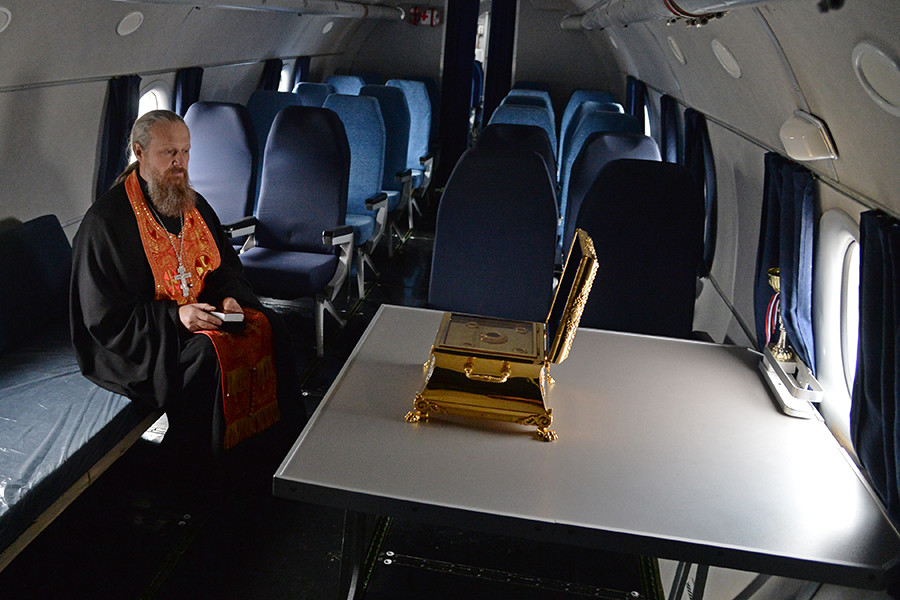 Metropolitan Nikodim of Chelyabinsk and Zlatoust during a service by the icon of St.George and his holy relics on board an aircraft.

Another unusual type of mobile church is used by the Russian Airborne Troops. Mobile flat-pack churches are dropped right out of a plane. Folded up the church weighs nearly a tonne. 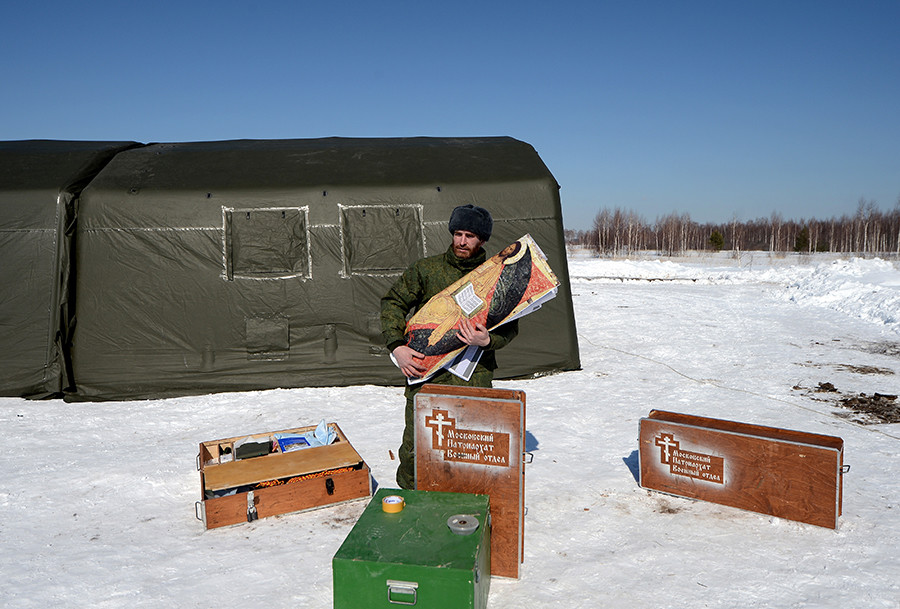 A chaplain near a mobile church set up at a landing spot, during a field airborne training exercise for military chaplains in the Ryazan region.

Only priests brave enough to parachute out of a plane are put in charge of assembling the church.