Culture
Russia Beyond
Yuri Pimenov towed the party line and was one of the most famous artists of the official Soviet art. He created propaganda paintings with scenes of idyllic life in the USSR. Whether they are accurate or not, they were completed in an incredibly talented way. 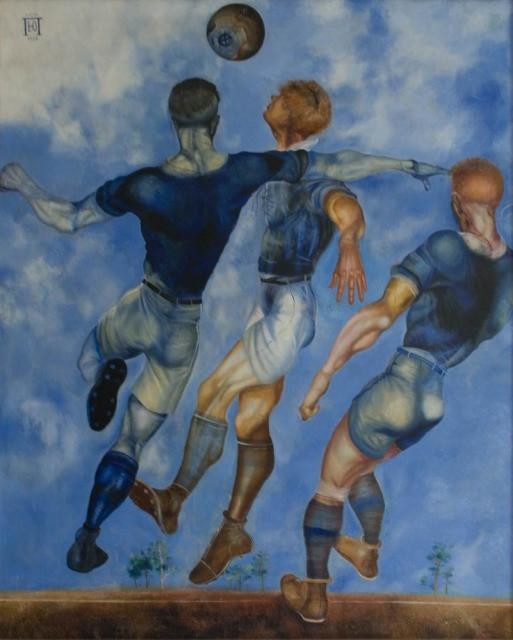 Soviet propaganda worked hard to promote sports to the masses. Soviet workers had to be healthy and slim to be able to commit the normatives in labor. Pimenov depicted strong athletes who seem not to run, but float above the field. Soon, the Soviets would have a long affair with soccer. 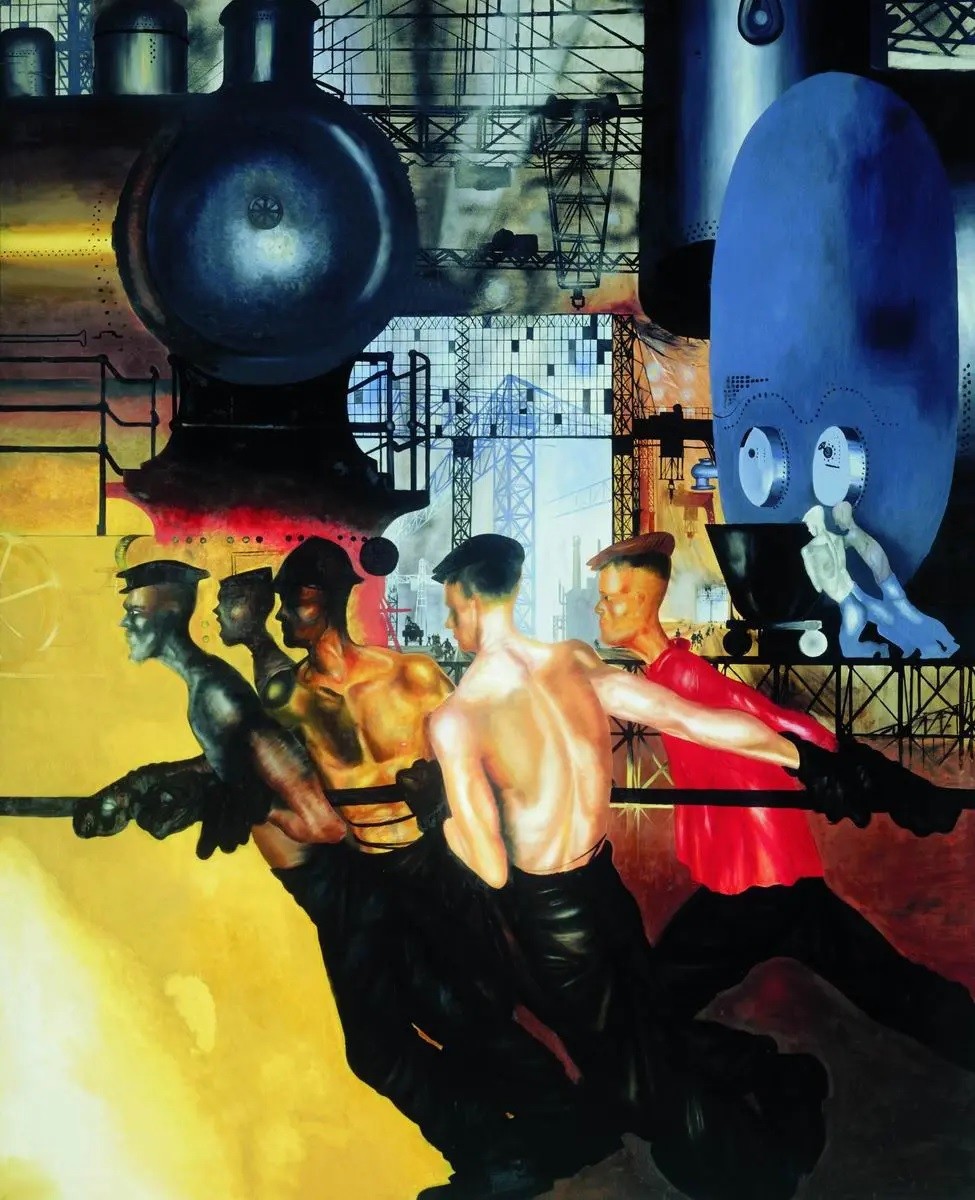 Proletarians were the ruling class and the most important people in the new Soviet country, so they were always praised and poetized. In the 1920s, Pimenov’s paintings had avant-garde allure and were not as realistic as his later works. The official art implemented in the 1930s had to be clear to the masses. 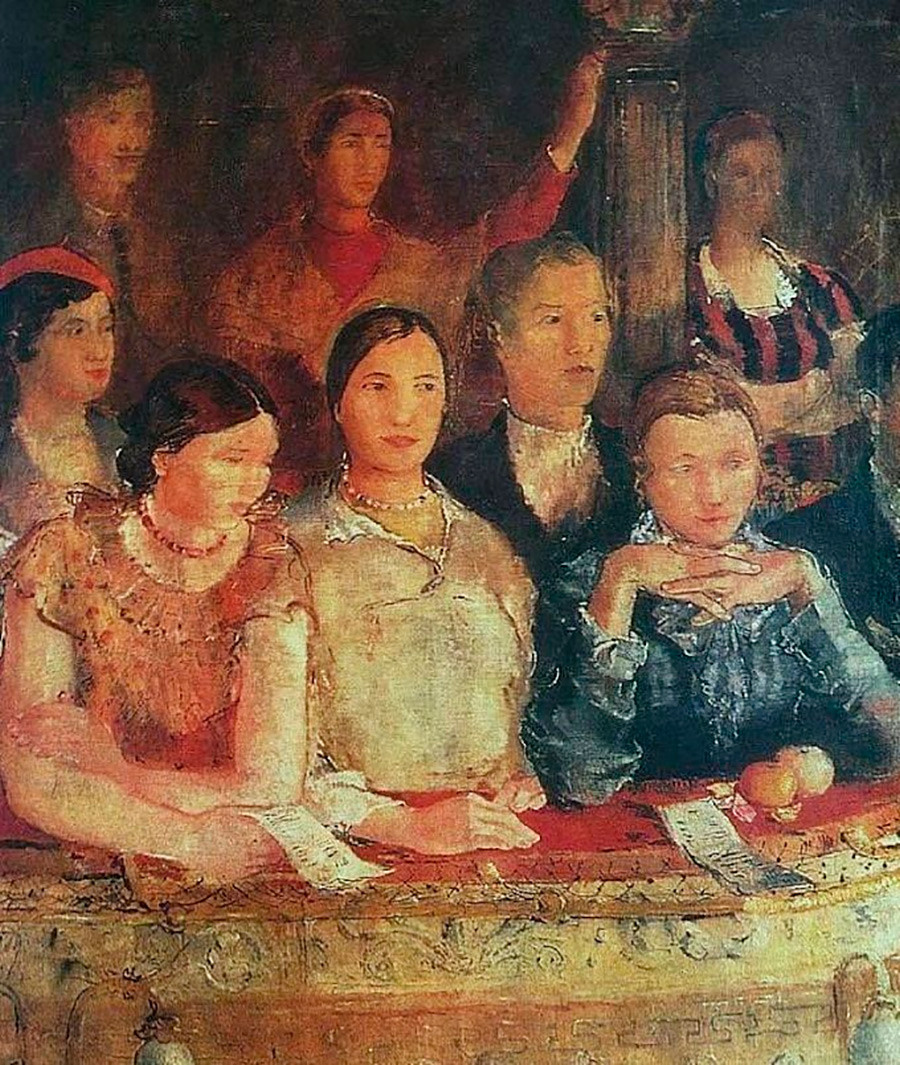 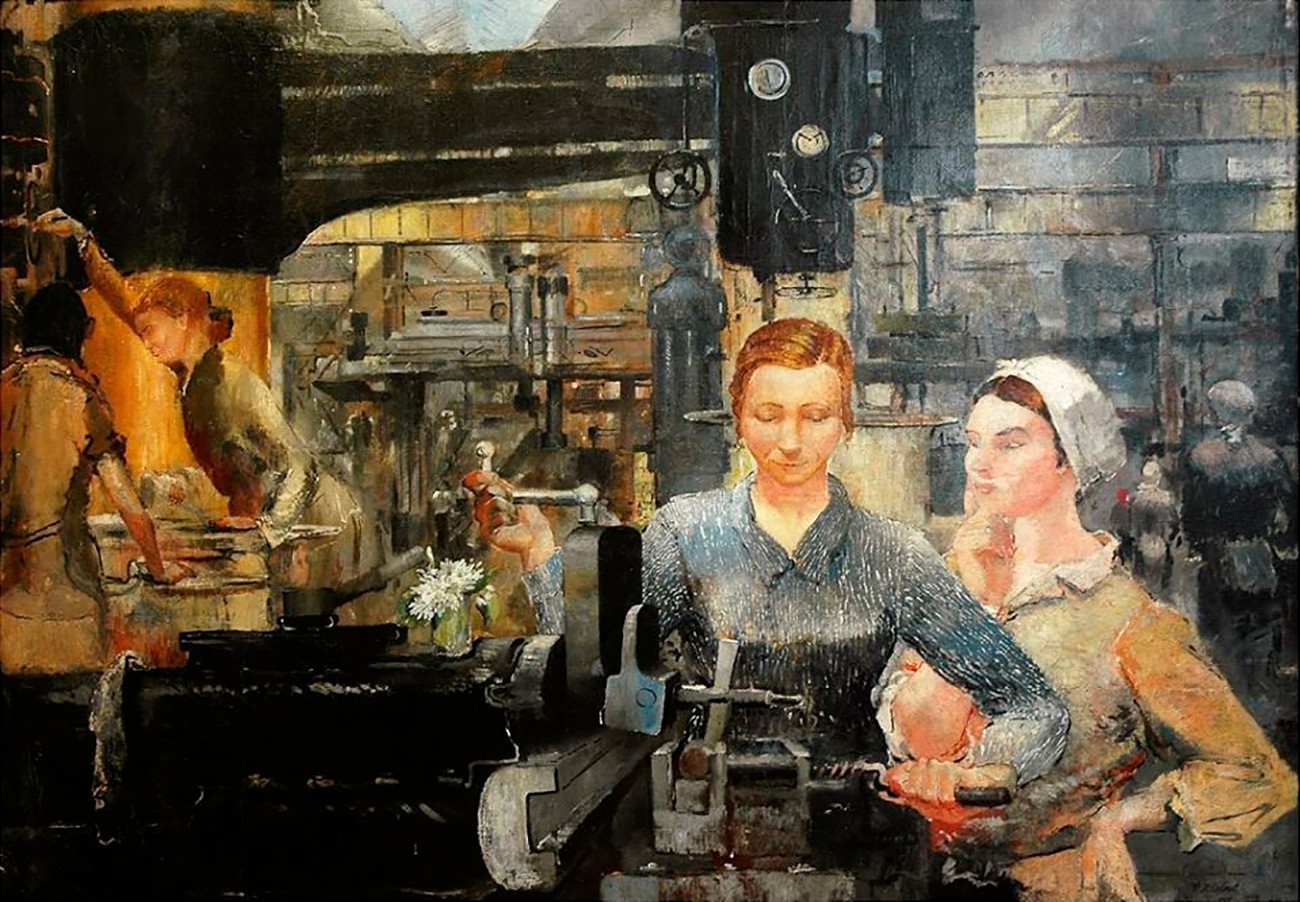 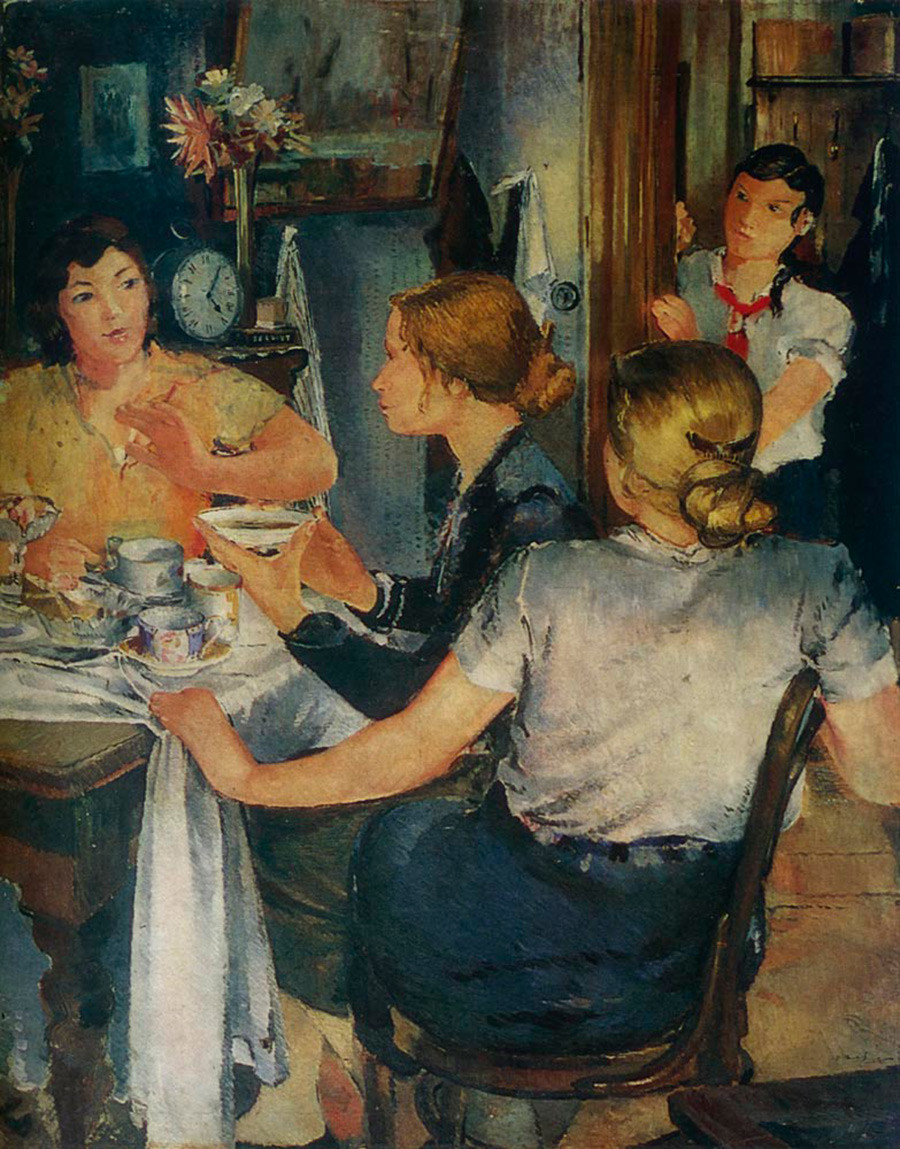 Labor feats were among the main topics focused on by Soviet artists. Yuri Pimenov was among those who glorified the life of heroic workers. The three parts of this canvas show women in the theater, at work, and drinking tea at home. 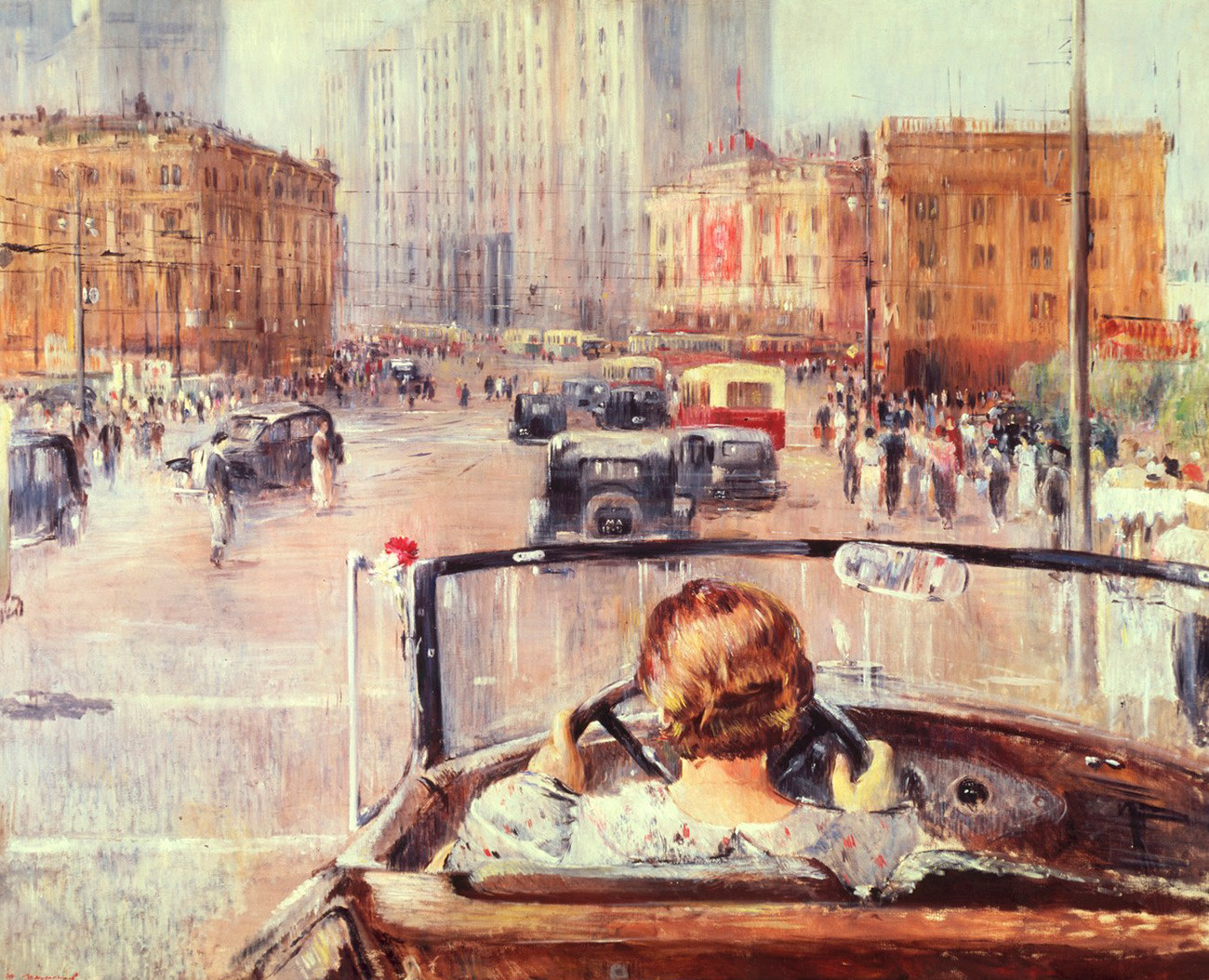 Probably the most famous painting by Yuri Pimenov is his “New Moscow,”' an example of quintessential socialist realism. In the 1930s Pimenov painted many beautiful views of Moscow, which was undergoing massive renovation work, spearheaded by Stalin. A woman driving was a rare thing and symbolised a new era. The painting is an optimistic view of the future, while in reality the 1930s were the darkest years of Stalin’s purges. 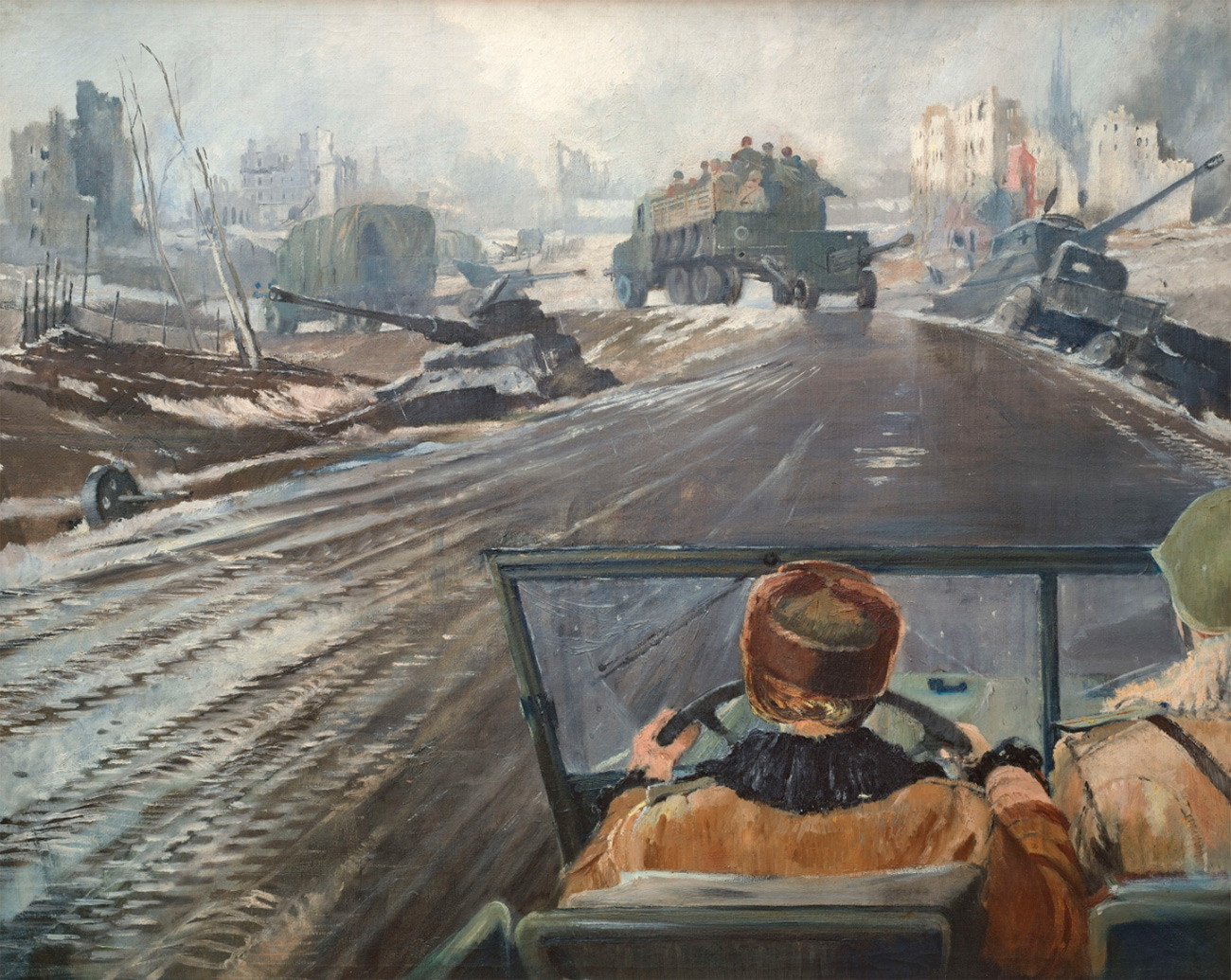 In the 1940s Pimenov turned to war. In this image showing the frontline of WWII the artist uses the same composition evident in his “New Moscow” work. The method highlights the contrast between war and peacetime. There is no happy future ahead – only war. 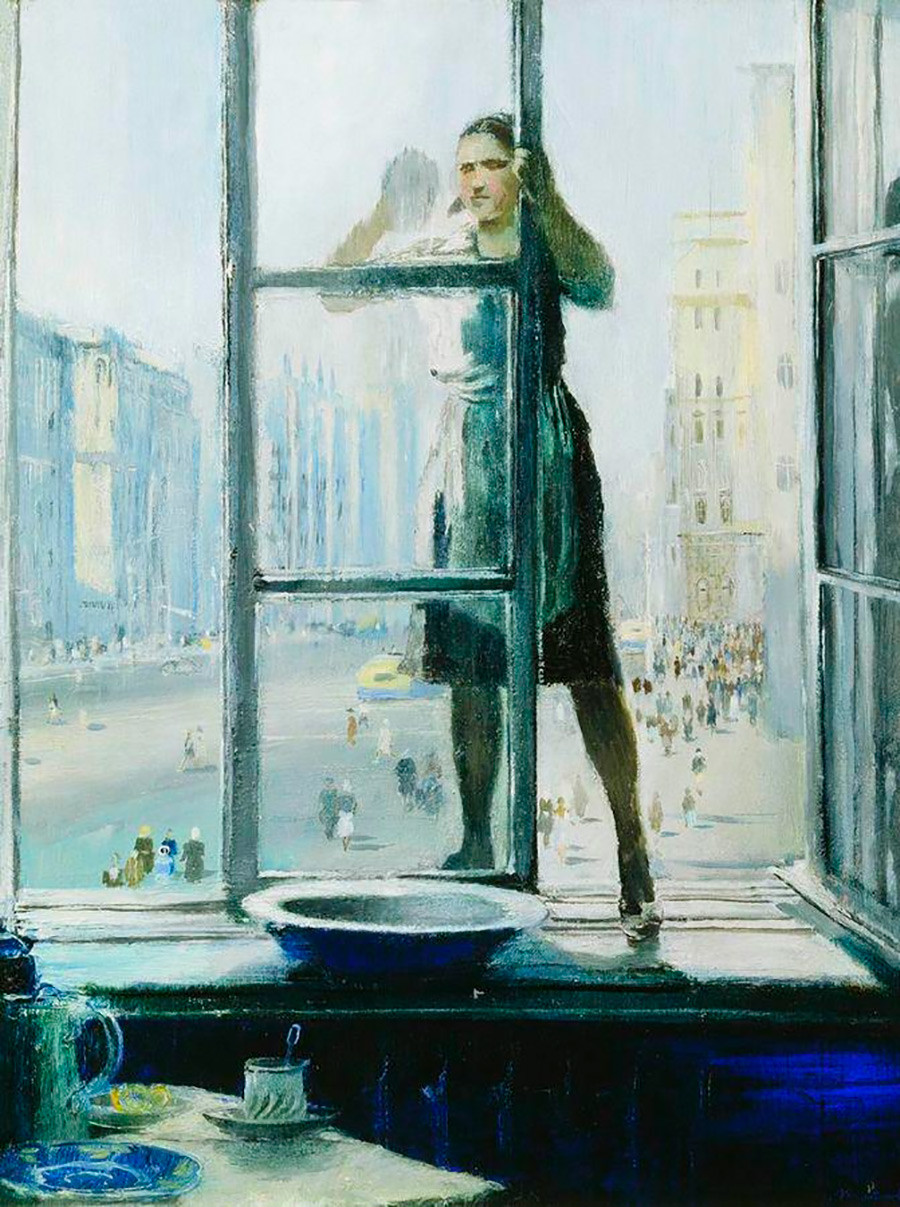 The artist once recalled he was once asked why he always drew women workers in dirty clothes. People thought it was a state order, but Pimenov saw poetry in grubby overalls. 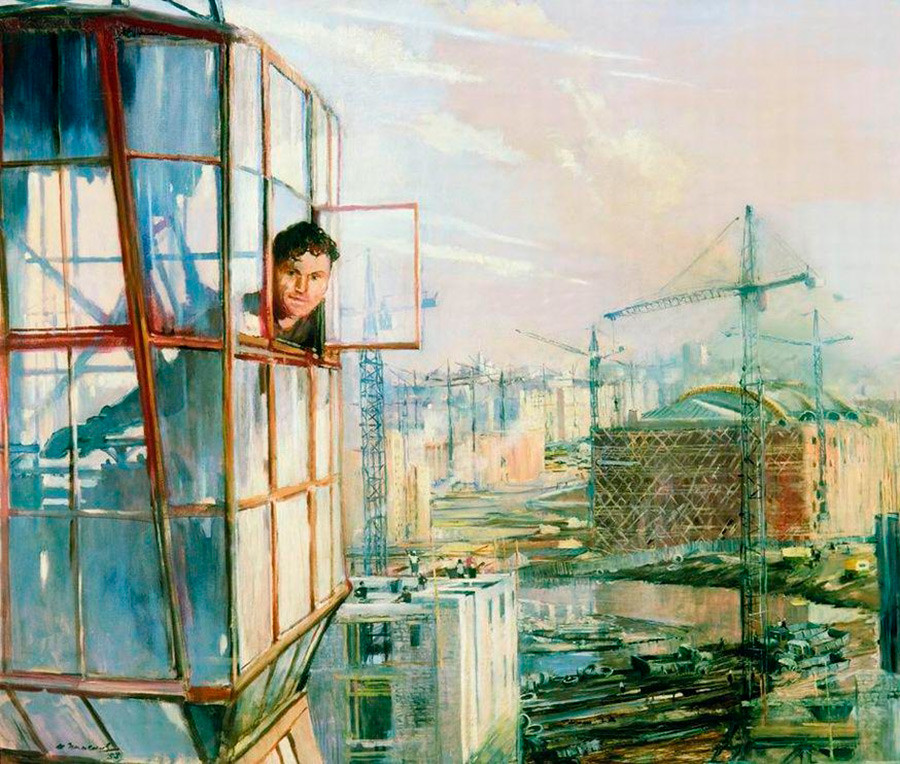 All official Soviet art was essentially propaganda and artists were encouraged to romanticize the massive construction works of the post-war 1950s. People looking forward to a new life tomorrow were depicted by Pimenov. 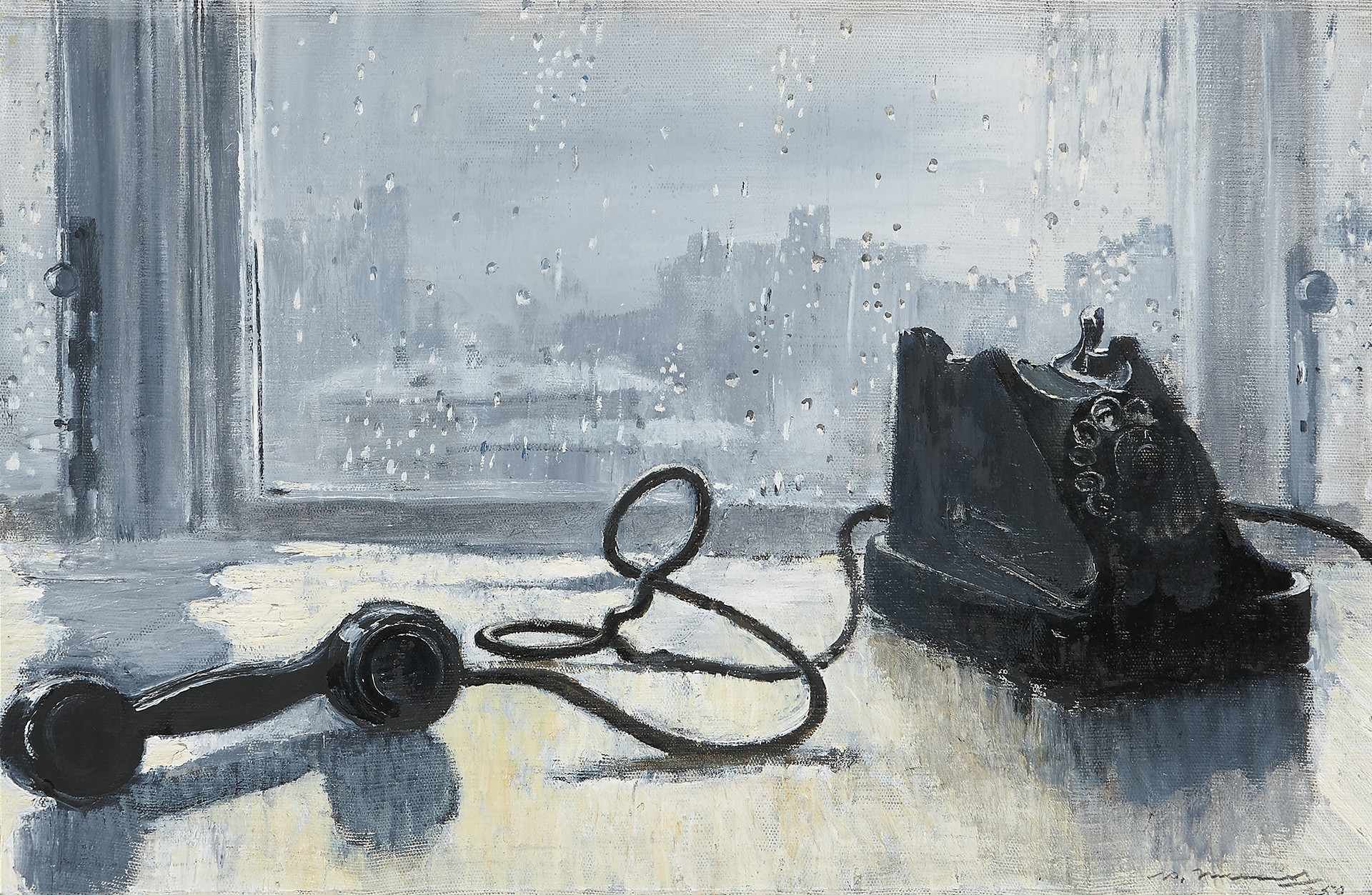 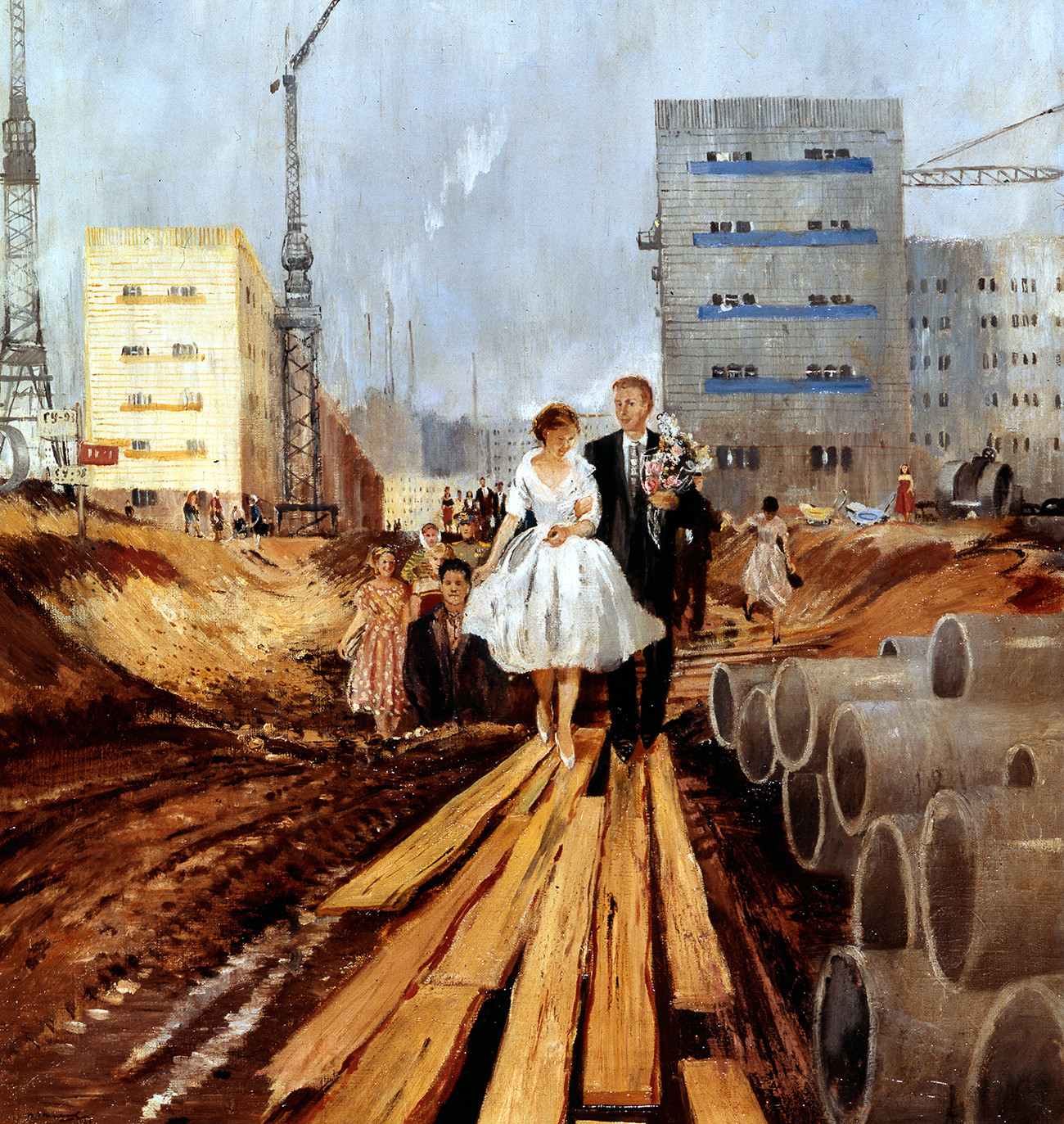 Pimenov and his peers created an association of artists who reflected the ideas of communism and socialism in their works. Happy healthy people and the building of a new country – just like on this canvas. 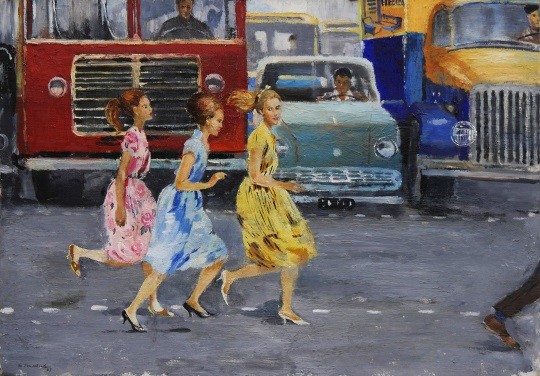 In the Khrushchev thaw, girls were no longer depicted in labor or military uniforms, but in colorful summer dresses once again. Everything around was to be full of life and hope for the future. 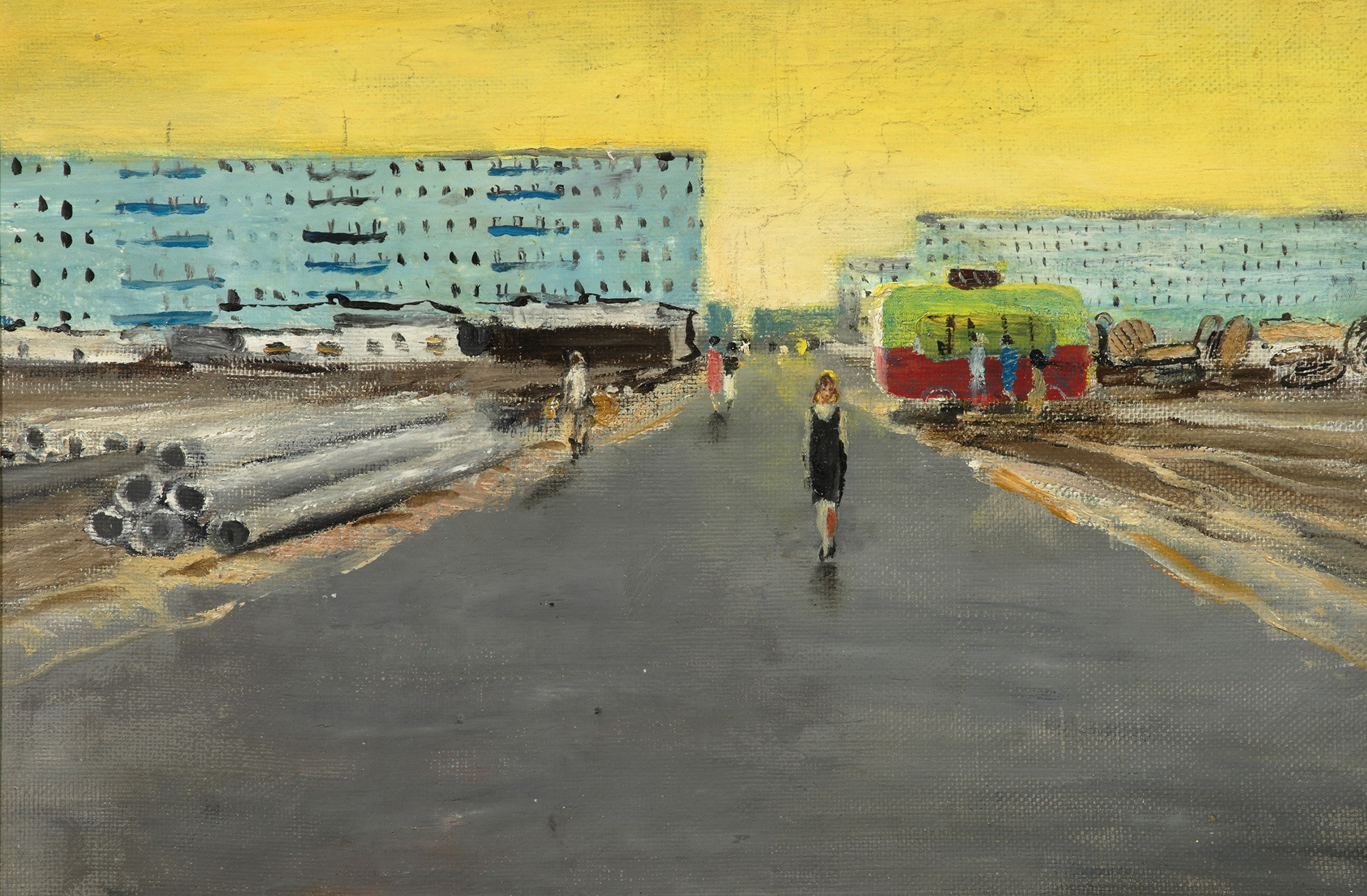 Pimenov dedicated a series of paintings, New Districts, to housing construction. And he never gave up drawing his favorite Moscow sketches. 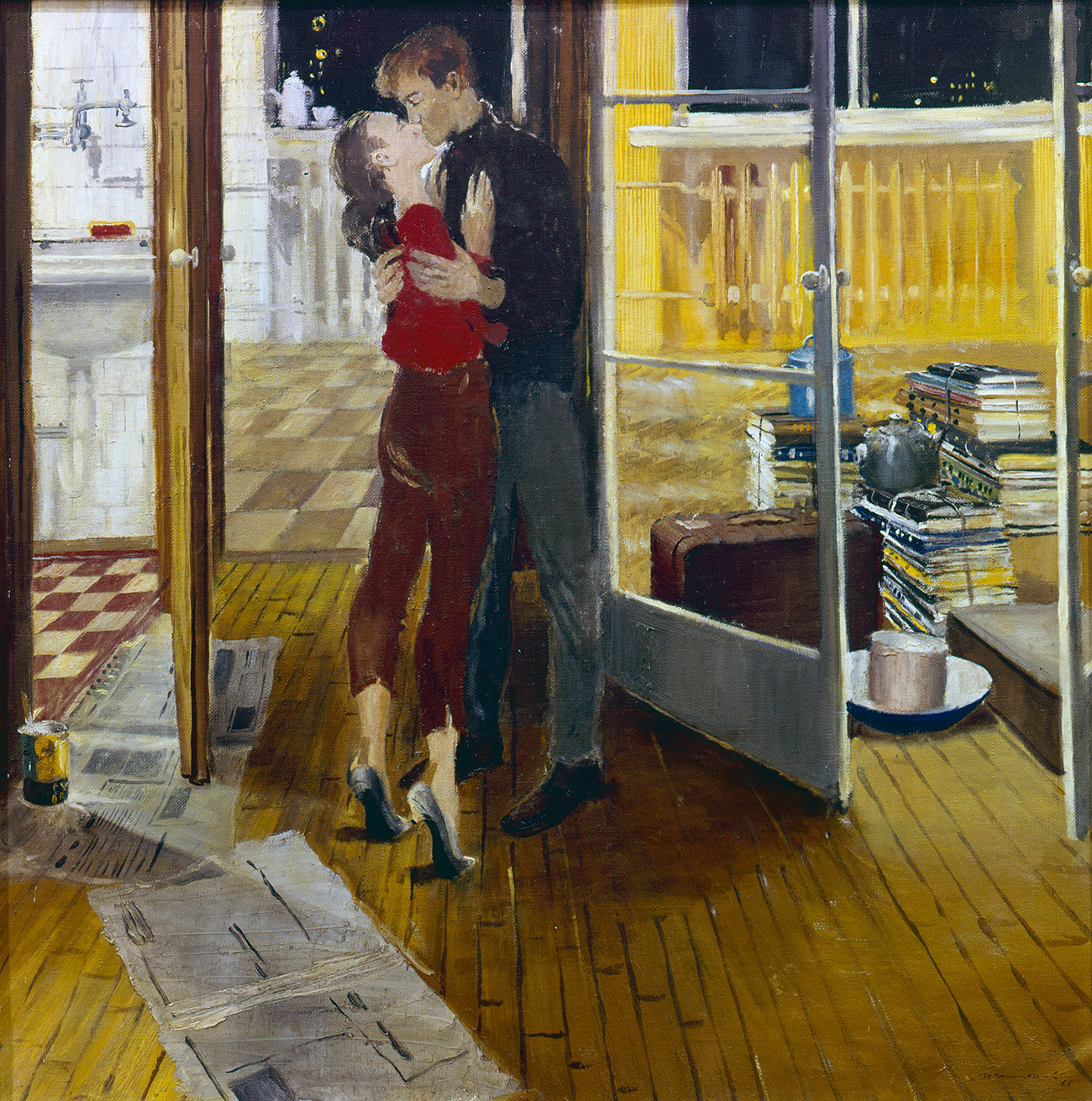 And what happens after big construction works end? People move from crowded dorms and communal living areas into their own new apartments. Finally they have space for a private life. 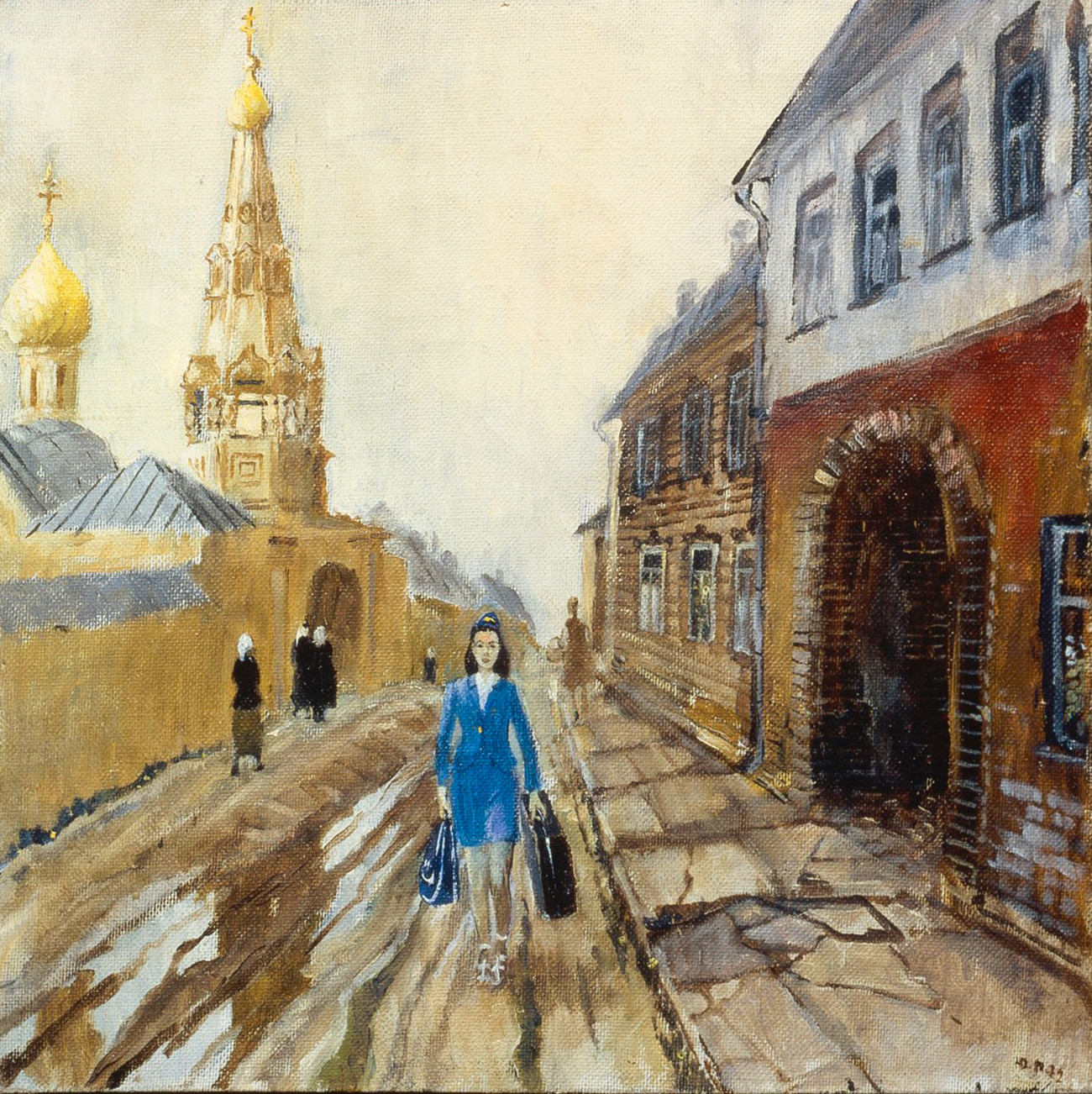 Pimenov called himself a “realistic impressionist.” He wanted to catch every single moment: From how people started their mornings to how they traveled back home. Loads of his paintings also portrayed Moscow’s contrasting cityscapes.