5 artworks from the Romanovs exhibition in Buckingham Palace

Culture
Alexandra Guzeva
Faberge and historic portraits our countries shared before the Revolution feature in the London show.

Russia and the UK share more than five centuries of joint history - most of it close and friendly. A new exhibition due to start in the The Queen's Gallery of Buckingham Palace on Nov. 8 explores the royal connections of the Romanovs and Windsors (formerly the House of Hannover), which became relatively close in the late 19th and early 20th century. Here are some of the most interesting exhibits. 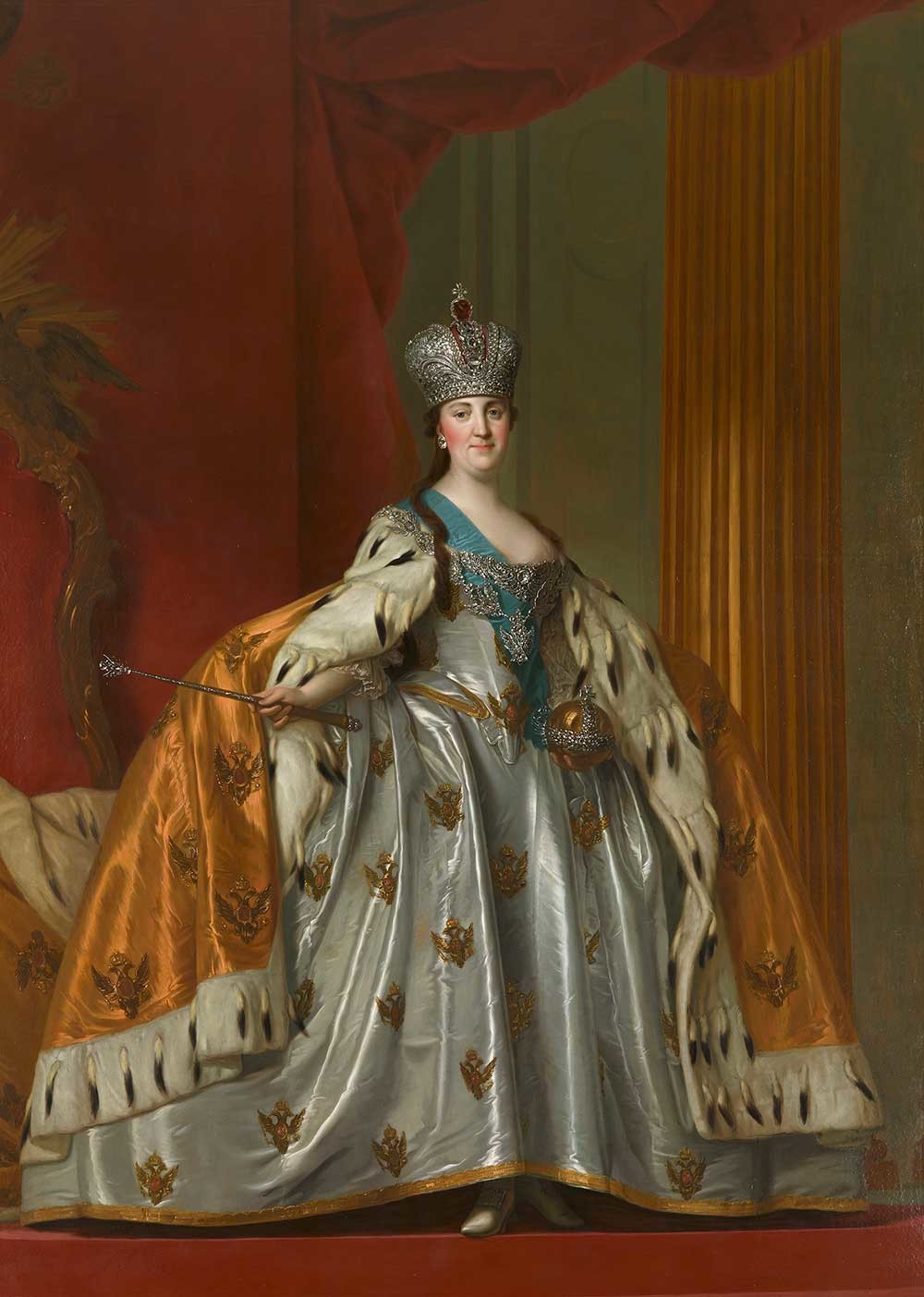 The coronation portrait of Catherine the Great by Vigilius Eriksen was most likely a gift to George III who never visited Russia, but maintained a strong interest in the country. A number of books relating to Russia, including the first description of the country in French by the mercenary, Jacques Margeret, are to be found in his library. 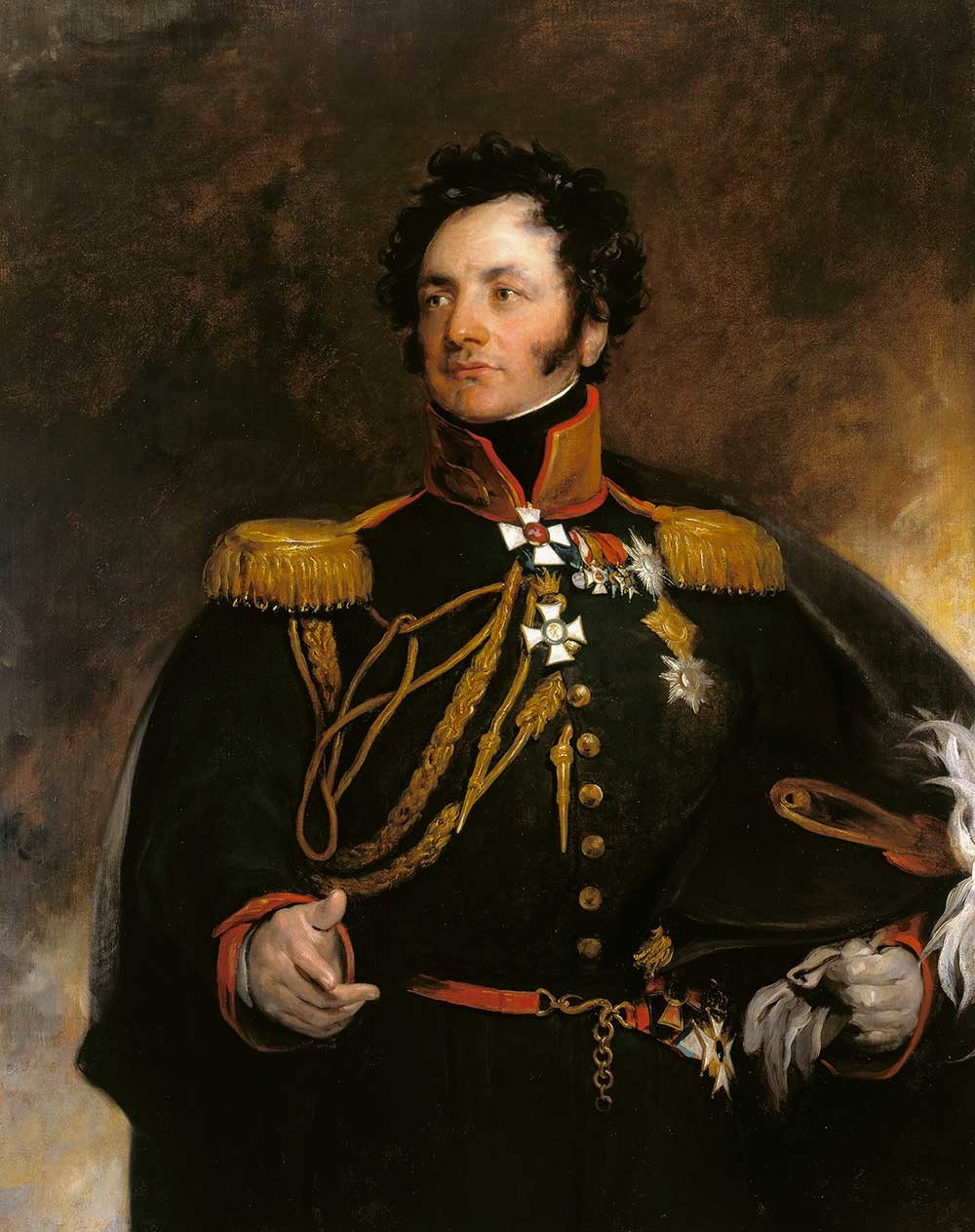 It was George IV who commissioned Sir Thomas Lawrence to paint portraits of the key Russian officers involved in helping to defeat Napoleon - General Fedor Petrovitch Uvarov, Emperor Alexander I's Aide-de-Camp, among them.

George Dawe was another English portraitist who captured images of Russia’s great generals, also including Uvarov. Many of his works now decorate the State Hermitage museum’s hall of glory. 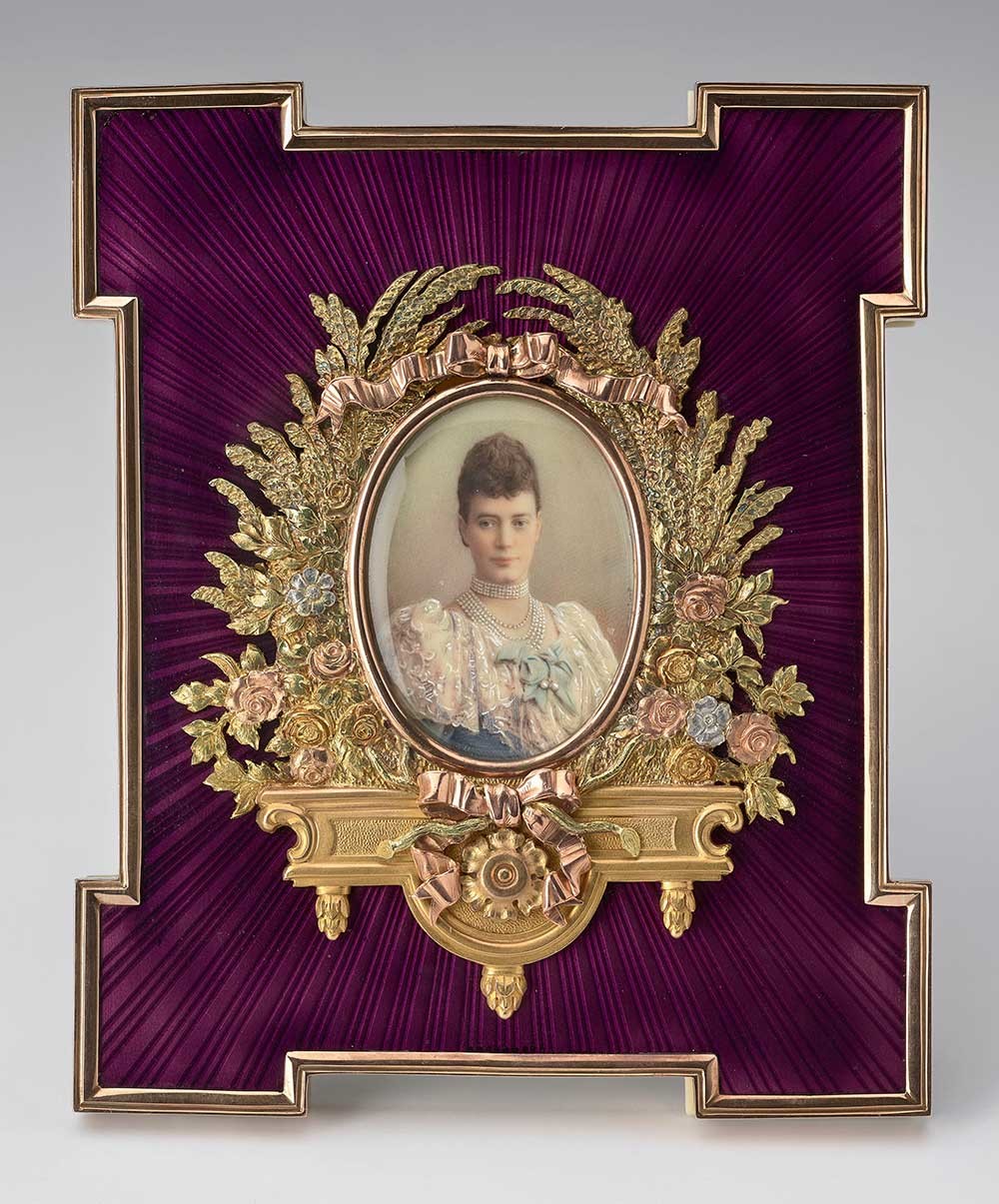 Three European royal houses were linked in an interesting way: Two Danish princesses and sisters married two crown princes of UK and Russia. Alexandra of Denmark became the wife of the future British King Edward VII, while Marie became wife of the future Russian Emperor Alexander III (where she became known in the Russian style as Maria Feodorovna).

This portrait was among many of Faberge works that entered the Royal Collection because of the shared tastes of the sisters Queen Alexandra and Empress Maria Feodorovna. 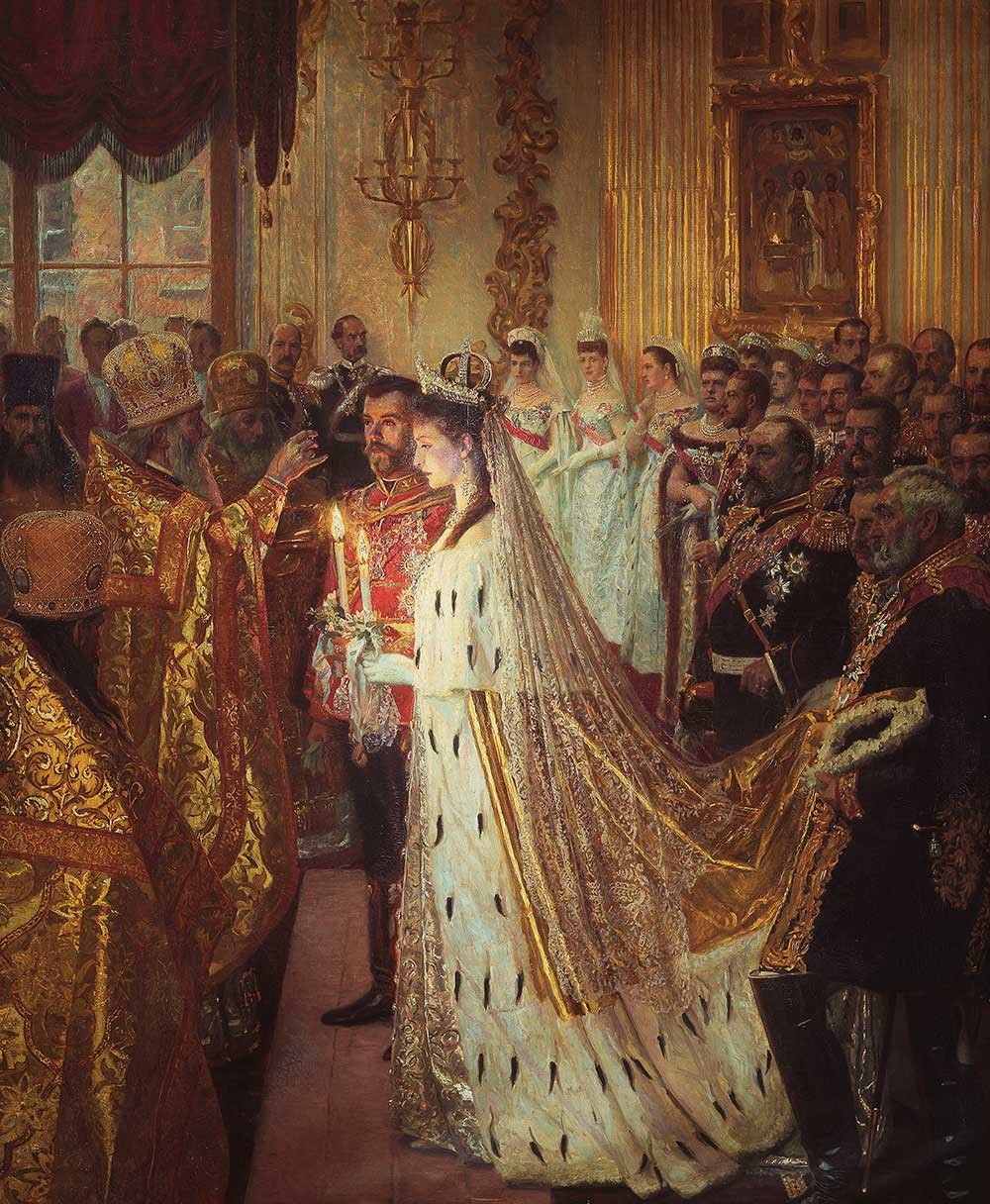 The Danish artist Laurits Regner Tuxen was commissioned to record significant events in the lives of the three royal families. This example of his handwork shows the wedding day of Nicholas II and Queen Victoria’s granddaughter, Alix of Hesse, 1894 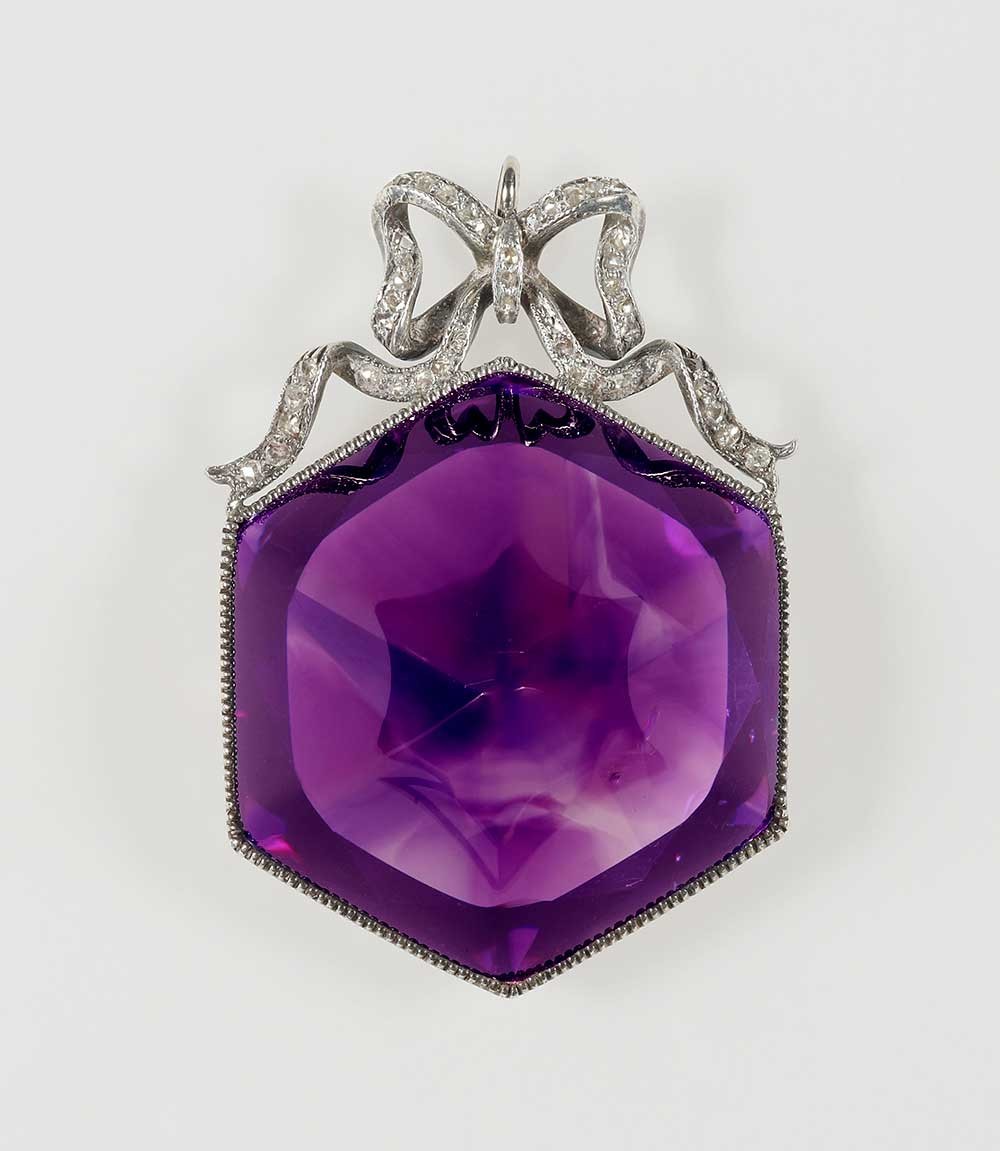 The last time the Romanovs visited England was in the summer of 1909, when they attended the annual regatta at Cowes on the Isle of Wight and dined with the British royal family on their yachts. During the visit, the Princess of Wales (later Queen Mary) was given a diamond-set Fabergé brooch made from a Siberian amethyst, a stone famous for its intense purple hue.