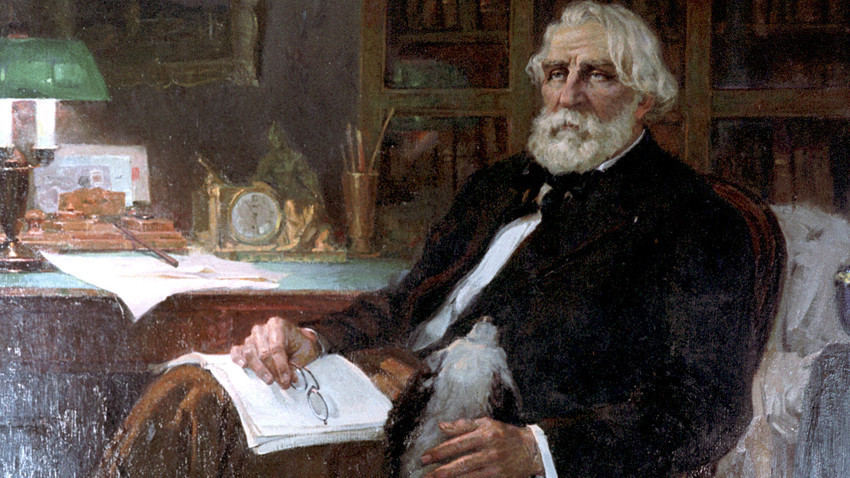 Sputnik
If you've waded through the works of Tolstoy and Dostoevsky and are wondering if there's anything else with the same depth and degree of artistic mastery, this list is for you.

1. The Hunting Sketches: learn about the lives and lifestyle of provincial serfs

Having returned from abroad, a Russian hunter travels around with his canine sidekick, recording stories told by ordinary peasants.

A serf by the name of Khor, though unable to read, still has a head for business and has even managed to get rich. He curries favor with the landlord and lives apart from the other peasants.

Arina, meanwhile, serves as a maid under the wife of a St. Petersburg count. The household maids are not allowed to marry, so when Arina becomes pregnant by a footman, the count banishes her to a village. Her child dies, and the local miller buys her as a serf and marries her.

This collection of stories made Turgenev wildly popular with Russia's reading class. However, the censor who allowed its publication was dismissed on the personal orders of Tsar Nicholas I. Turgenev's criticism of serfdom was too blatant. It is perhaps one of the few books in 19th-century Russian literature in which nobles play second fiddle to simple peasants.

2. Fathers and Sons: study the philosophical attitudes of Russian nobles in the mid-19th

gloomy intellectual Bazarov, accompanied by a young optimistic friend, visits his father and the latter's uncle. They converse at length, but cannot agree: the younger generation refuses to give ground on its , the then fashionable negation of all rules of decency, morality, and even God. The older generation does not accept this new outlook. In his denial of everything, Bazarov also rejects the love of an intelligent and independent woman.

From this book, Russian society learned about the existence of nihilists, as represented by Bazarov. Turgenev also highlighted the folly of excessive emancipation and introduced a caricature character - a lady who smokes and misquotes ideas picked up from high-brow books.

Anyone remotely acquainted with Russian literature has probably heard of this novel. In Russia itself, the title has become a byword, and regularly crops up in conversation. The novel plunged the Russian people into a philosophical rethink of the eternal question of "fathers and sons" and intergenerational discord (incidentally, the title in Russian is the more inclusive "Fathers and Children").

3. Asya: shed a tear over unrequited

Germany, the narrator meets a strange couple, and his sister Asya... Or is it his sister? The narrator and Asya are drawn to each but are not destined to be together.

It should be said that Turgenev's fictional women are deep and well-developed characters whose experiences run the full gamut, whose feelings are real, and, most importantly, whose morals are more firmly grounded than those of their male counterparts.

There aren't many happy ends in Russian literature and even fewer happy love stories. If you can't find a translation of Asya and the Russian original looks intimidating, try First Love. Reading this, you'll be dabbing your eyes even more.

4. A Nest of Gentlefolk: pine for the dying world of aristocrats as depicted in War and Peace

The nobleman Lavretsky has lived in Paris for a long time, but when his wife cheats on him, he returns to the family estate somewhere in central Russia. There, he falls in love with the young, principled, and deeply religious Liza. But no sooner does he confess his feelings for her than he learns that his legitimate (and supposedly dead) wife has also returned...

This somewhat decadent novel is about the degeneration of "noble nests" and the desolation of country estates that once overflowed with life. The musical evenings and discussions of literature and politics have dried up, as everyone has left for the cities or foreign lands. Even the people themselves seemed smaller and dimmer, Turgenev remarks nostalgically.

5. On the Eve: be inspired to drop everything and follow your beloved to the ends of the earth

Elena, no ordinary pampered young lady, is eager to help the destitute and impoverished, the sick and animals in need. Her strong nature has produced an even stronger and capacity to love. One day, she meets a Bulgarian who is obsessed with liberating his country from the Turks. But he cannot renounce this debt of honor for the sake of love.

After Turgenev witnessed the February Revolution of 1848 in France with its pogroms and piles of dead bodies, his former revolutionary spirit waned. However, he was still keen to portray a hero whose zeal and passion for change was all-consuming.