‘Huge and loud’: 4 facts about Russia’s most famous singer 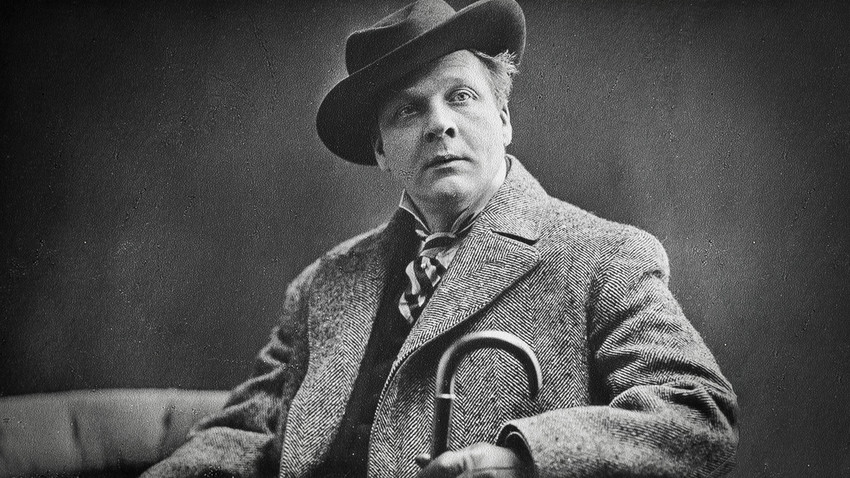 Union of photoartists of Russia/russiainphoto.ru
Feodor Chaliapin was the first performer to be awarded the title of Soviet People’s Artist. He also earned a star on Hollywood’s Walk of Fame.

1. A peasant in the empire’s best theater

“I am staying in bed… and reading… and recalling the past: theaters, cities, hardships, and successes. How many roles I have played! And it seems not that bad. So much for a ...” wrote Chaliapin in one of his letters shortly before his death in 1938. 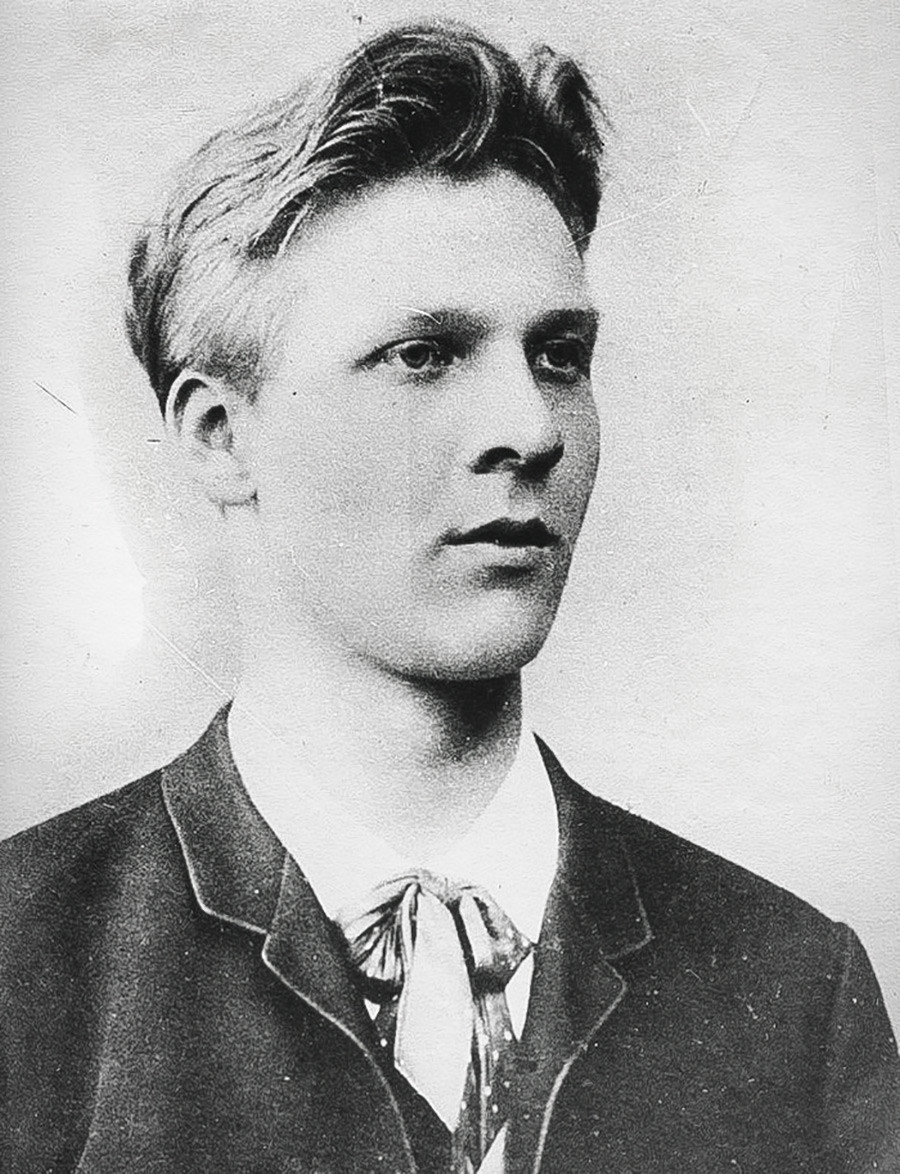 Chaliapin was of common origin and that mattered a lot in Imperial Russia. However, despite his lack of a distinguished pedigree, he became fantastically popular and his unique reverberating bass was heard in Russia’s best opera houses. The Tsar ordained him His Majesty’s Solo Singer. After the Revolution of 1917, he became Art Director of the Mariinsky Theater in Petrograd, one of the country’s most renowned.

His voice was also highly praised in the West, and he had a sensational debut in Milan’s La Scala in 1901. They say that Chaliapin’s performance was one of the main attractions of the first Russian Seasons organized by Sergei Diaghilev in Paris when Europe discovered Russian art. Huge in stature and loud, Chaliapin was also considered a symbol of Russia in the eyes of many foreigners.

The key to Chaliapin’s success was the fact that he was not only a great singer but also a great actor. He impressed audiences with his artistic temperament, playing his best tragic parts, such as Mephisto, Don Quixote, and Boris Godunov.

2.  from desperation to fame

Chaliapin started to sing in a church choir at age and became fascinated by opera at age 12 when he saw and heard it for the first time in a Russian provincial theater. He later became a performer in a touring company, often moving about. However, he was often broke, desperate and thought about suicide. 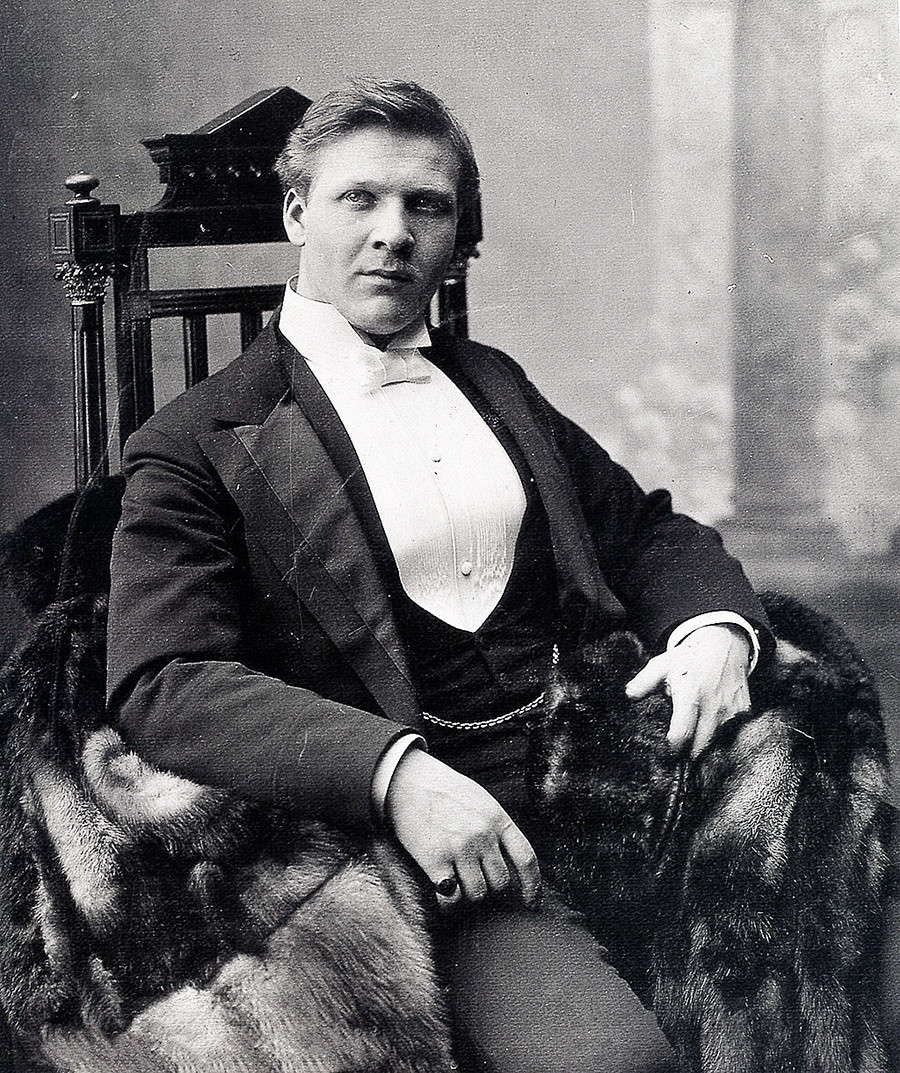 Despite his lack of a distinguished pedigree, Chaliapin became fantastically popular

His springboard to success was an invitation to the Russian Private Opera of the famous Russian philanthropist Savva Mamontov. Starting from the late 1890s, he achieved the status of a star and his fame only grew. However, he never forgot those tough earlier days and later recalled that his mother died of hunger.

3. Scorned by the liberal intelligentsia

Now famous, he started to enjoy what some people call a hedonistic lifestyle. He also had a reputation as a person close to ordinary folks, and he used to sing not only opera but also folk songs, such as Along Piterskaya or Dubinushka. One of his closest friends was Maxim Gorky, the famous writer who sympathized with leftist radicals and their ethos of serving the toiling masses. Chaliapin also supported the idea of a revolution, a sentiment which was widespread at the time. And yet he fell out of grace with a large part of educated Russian society. 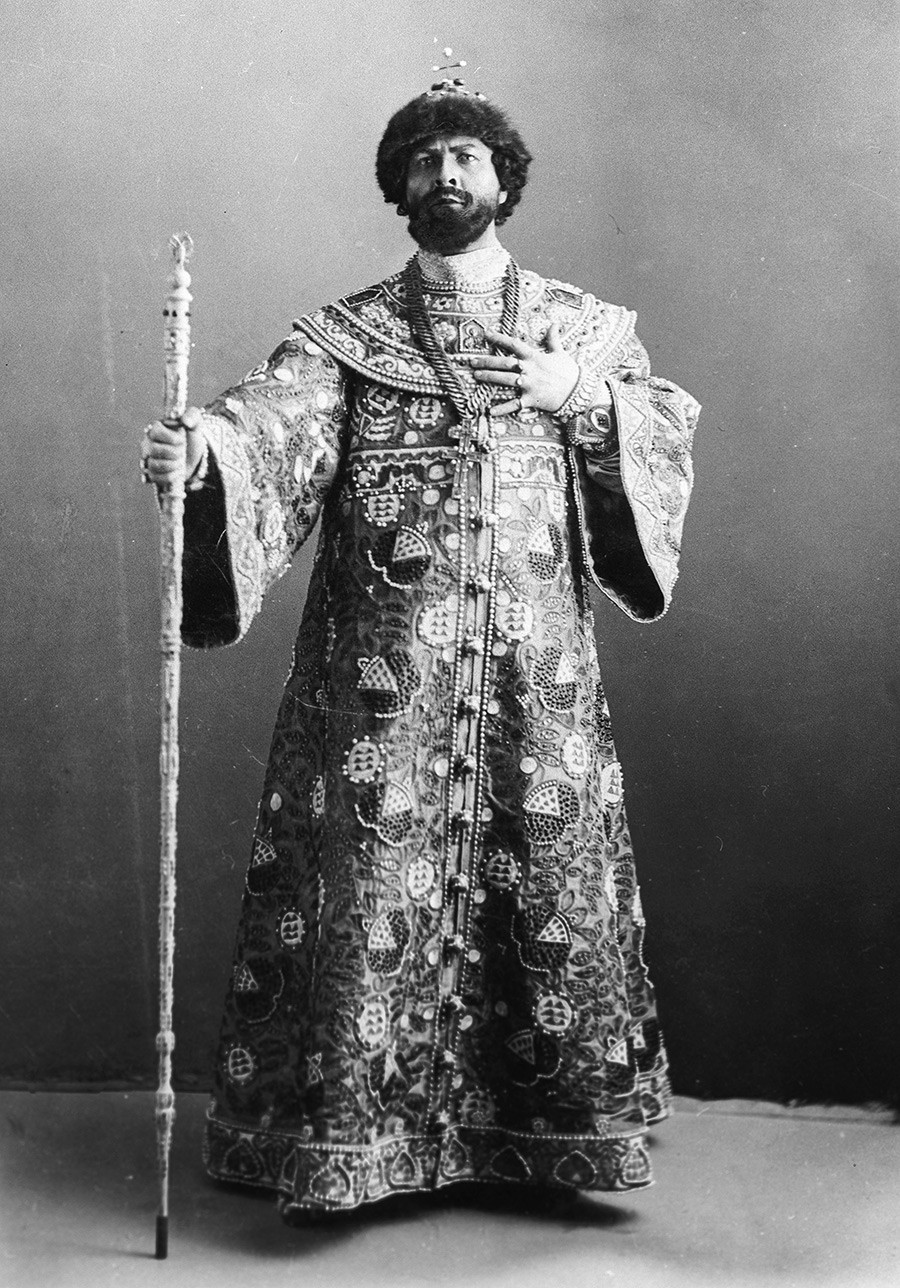 In 1911, during a performance at the Mariinsky Theater, when Tsar Nicholas II was in attendance, the audience asked the singer to perform the national anthem. Chaliapin obliged and got down on one knee. This was the day when he was granted a title from the tsar.

The scandal that followed was furious. Many Russian celebrities hurled abuse and insults at him. For many the tsar was a reactionary figure, and it took Chaliapin years to restore his reputation.

Already used to luxury, Chaliapin had problems surviving the Revolution of 1917 and the Civil War period with its hardships. Sometimes he was paid for his singing with a sack of potatoes. He also worried about his many children: he had 11. 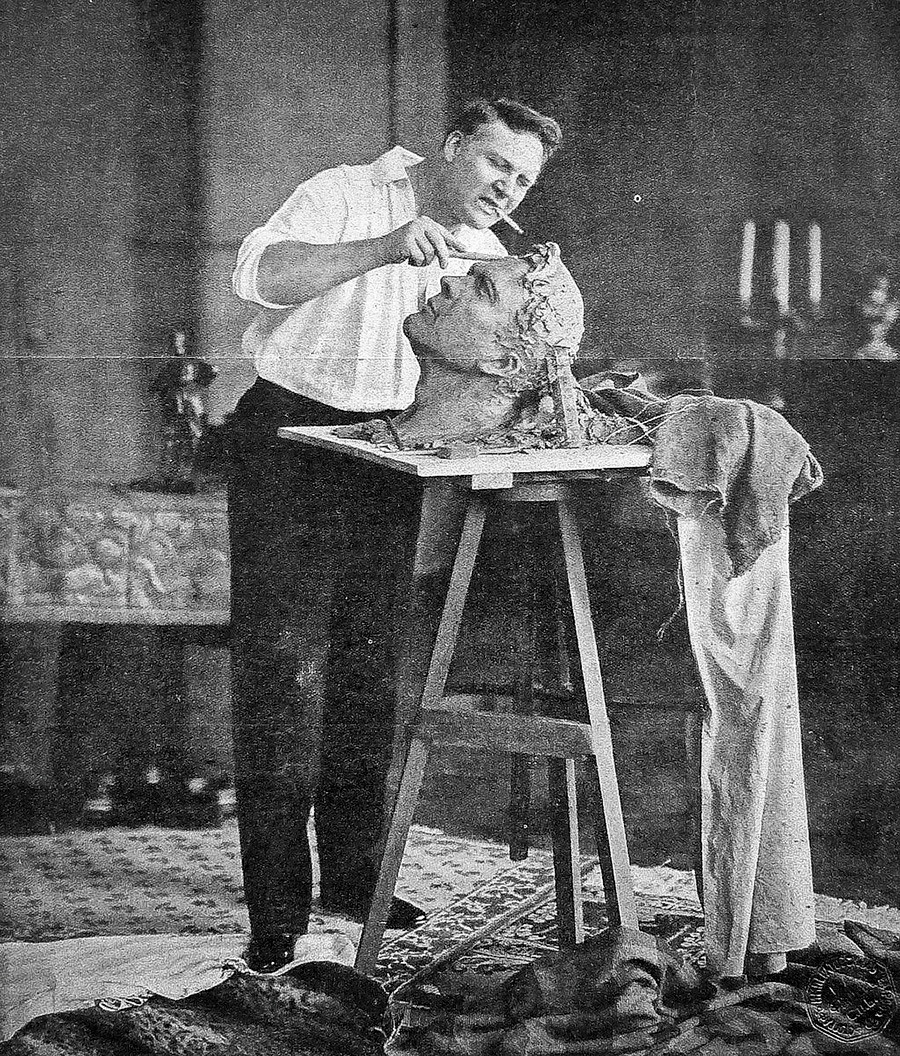 Chaliapin is making his own portrait sculpture

The attitude of the new socialist authorities was ambivalent. On one hand, they made Chaliapin the first People’s Artist of the Soviet Republic, but on the other hand, they considered  him as a “bourgeois element.” His property was confiscated, and his residence searched. So, he started to think about and admitted later that it was a hard decision. “It seemed to me at the time that it would be wrong, first of all, before myself:‘You wanted the Revolution, wore a red ribbon, and ate the revolutionary porridge, I told myself then. But when the porridge was over you decided to leave. It’s bad’” (link in Russian).

In 1921, Chaliapin got permission to leave Russia, and he went to the U.S., but eventually settled in France. However, it wasn’t clear that he would never return to Russia. One incident made his return impossible. In 1927, the singer decided to help the children of Russian emigrants in France who were mainly from the White movements, and thus, of course, they were the political opponents of the Bolsheviks. The Soviet press and some among the Red intelligentsia depicted it as Chaliapin ’s open support of Soviet Russia’s sworn enemies. He was stripped of the title People’s Artist and deprived of Soviet citizenship. It’s said that when the Soviet ambassador informed Chaliapin about this decision the singer cried. 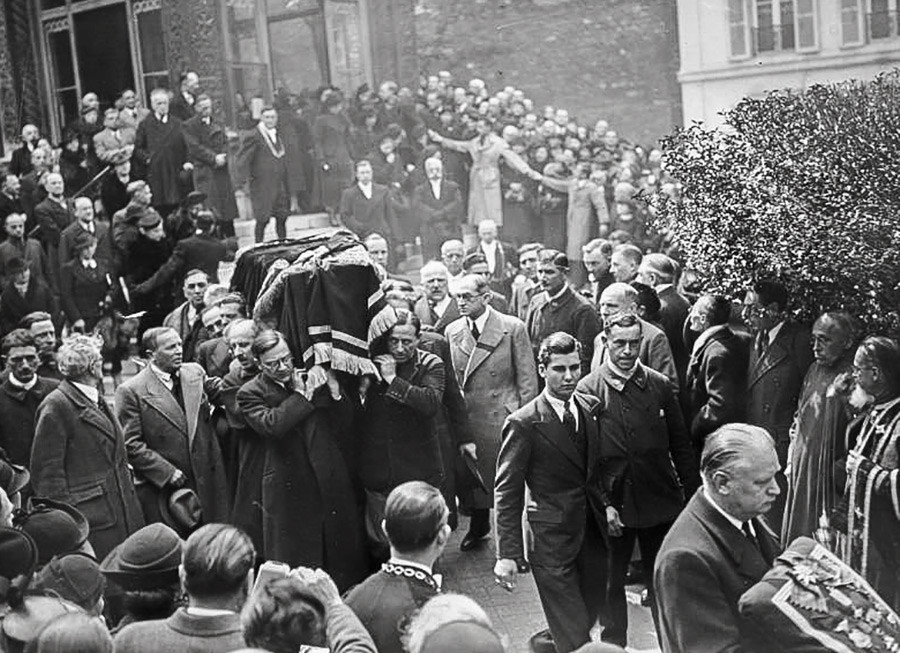 Nevertheless, Chaliapin enjoyed much popularity until his death. Starting in 1921, he sang in the Metropolitan Opera for eight seasons, enjoying much success and critical acclaim. He again flirted with cinema (after playing in the Russian movie, “Ivan the Terrible”), and appeared in Hollywood’s “Don Quixote.” His Soviet title was returned only in 1991. His ashes were brought back to Russia in 1984.