5 reasons you must know Alexander Solzhenitsyn 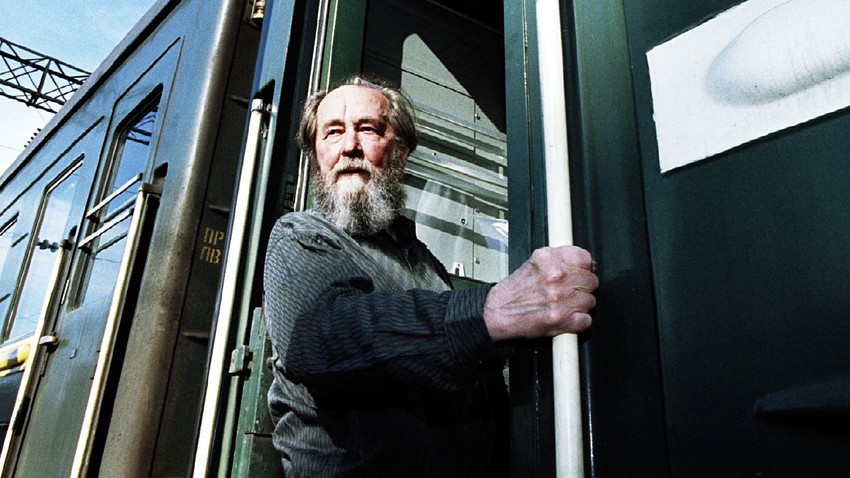 Reuters
December 11 is the 100th anniversary of Alexander Solzhenitsyn’s birth. Why is it crucial to know his literary works and biography to understand Russia and its history?

1. He criticized the Soviet government from the position of an avid supporter of the Communist ideology 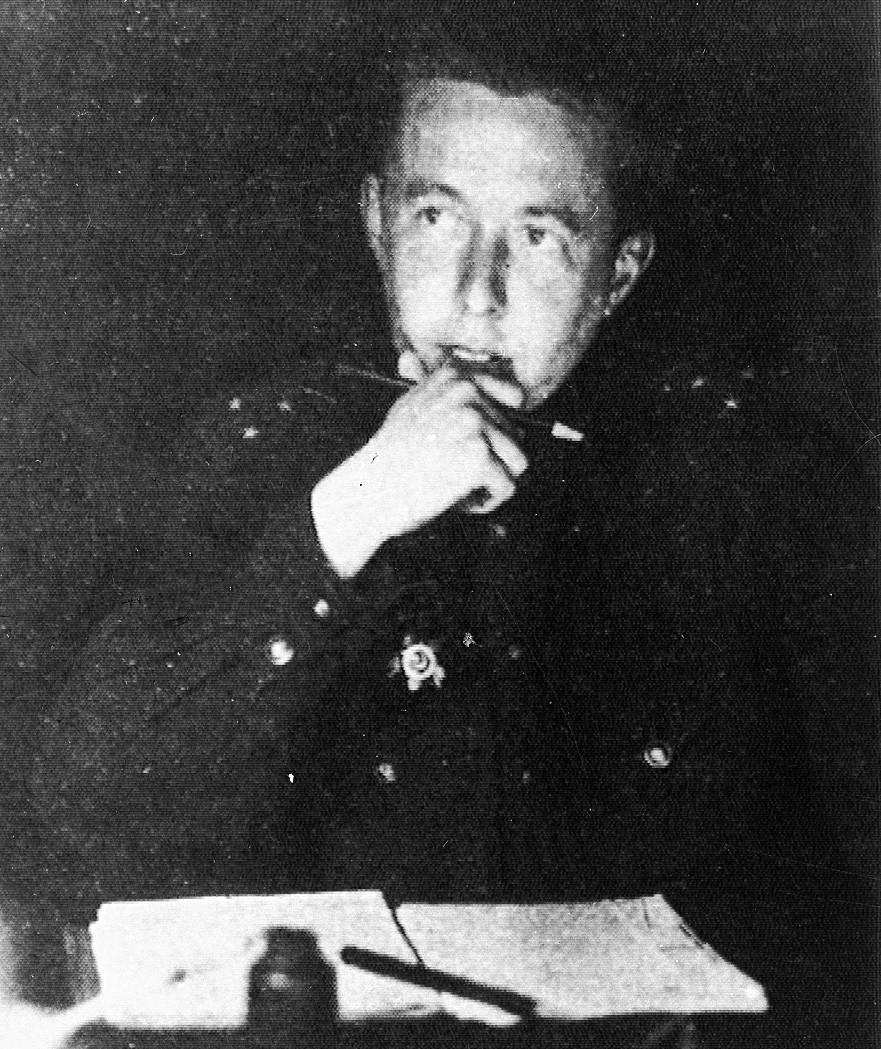 Russian writer Alexander Solzhenitsyn is seen as a captain in the Soviet Army in 1944.

Solzhenitsyn was first arrested in 1945, while serving in the Soviet army, because of letters that he wrote from the front lines to his friend. Solzhenitsyn at the time was an avid supporter of Lenin’s ideas, and he criticized Stalin for betraying socialist ideology. So, when Solzhenitsyn criticized the policies of the Soviet government, he had done his homework and knew what he was talking about. That’s why he was considered so dangerous and was sentenced to eight years in labor camps.

2. He survived Soviet labor camps and risked writing about 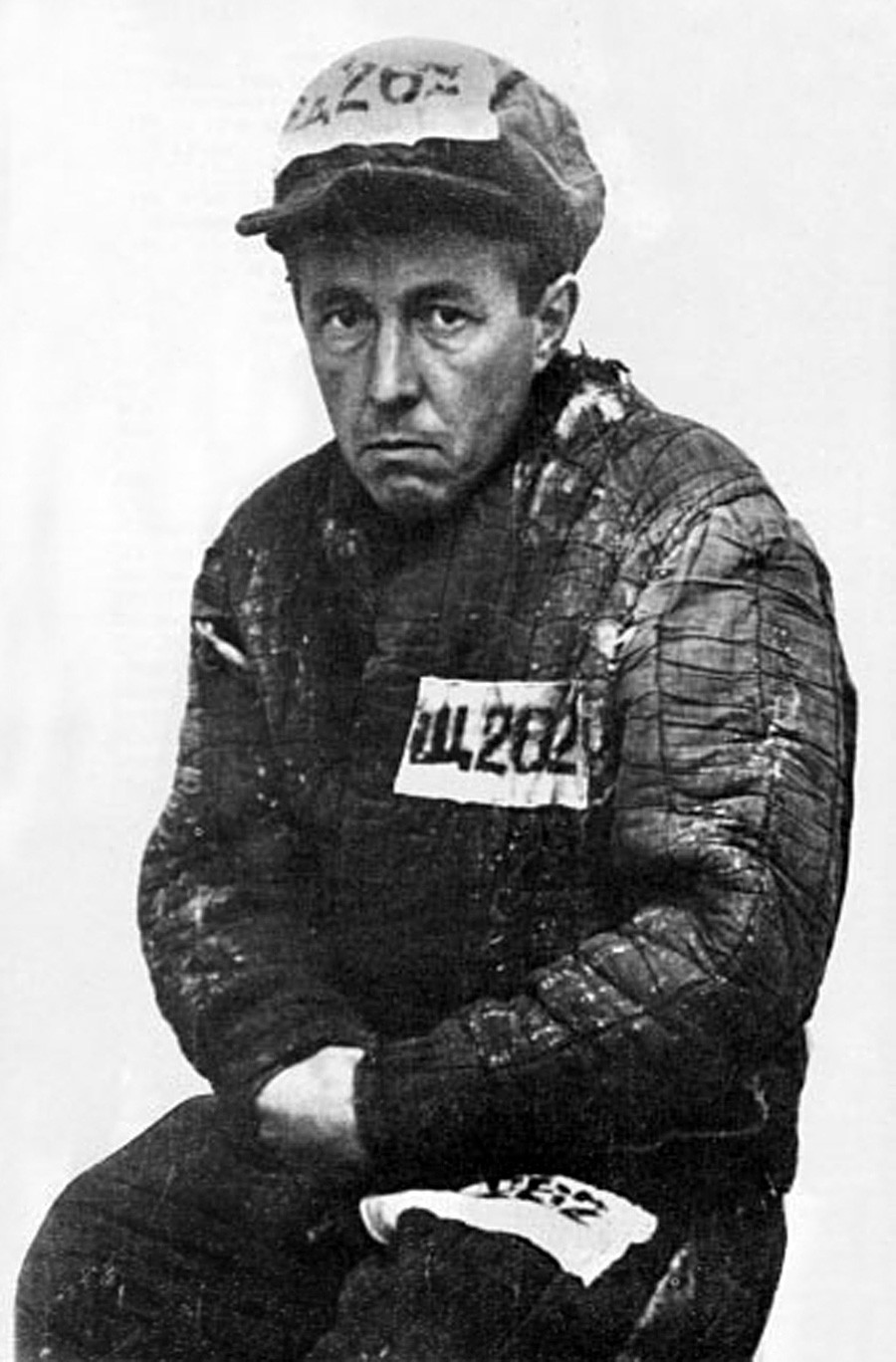 Alexander Solzhenitsyn in a convict's robe.

began his sentence as a forced laborer building houses in Moscow for a year. Next, he spent two years in sharashkas – secret research and development laboratories in the Soviet labor camp system. Solzhenitsyn was a mathematician and conducted scientific work with other political convicts. But after a conflict with the wardens, Solzhenitsyn was transferred to a  hard labor camp in north Kazakhstan, where he witnessed some of the most brutal hardships of the Gulag.

This experience allowed Solzhenitsyn later to describe the appalling and deadly conditions of Soviet labor camps in his prose, and eventually to tell the world about it. In 1953, his sentence was suspended, but he was exiled to Kazakhstan.

3. He was so dangerous that the KGB tried to assassinate 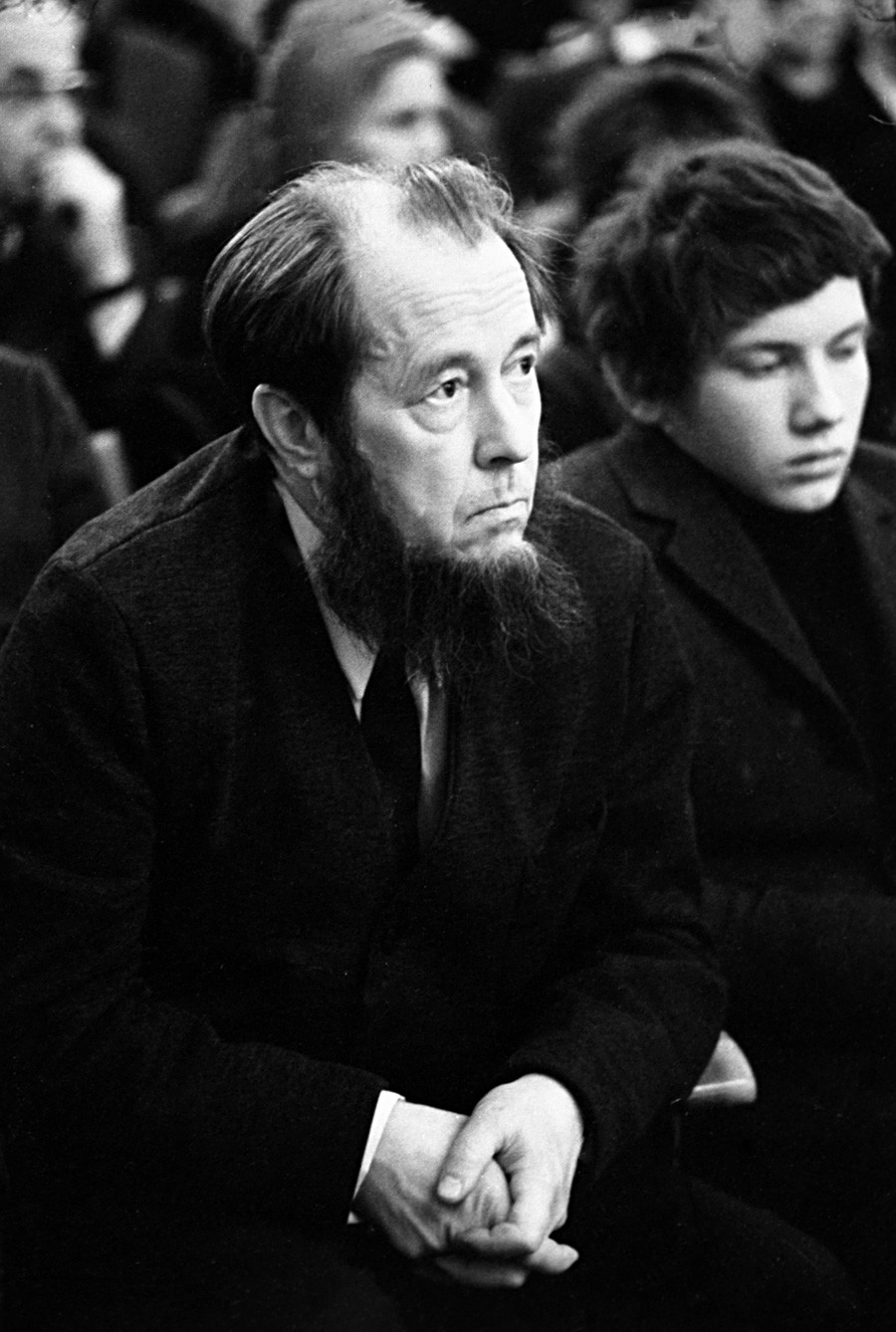 Alexander Solzhenitsyn in December 1971, 4 months after the assassination attempt.

the denunciation of Stalin’s cult of personality, the charges against Solzhenitsyn were dropped and he returned to central Russia. In 1957, he was rehabilitated and after that, he continued his work. His stories about labor camps, most notably One Day in the Life of Ivan Denisovich, were published in magazines and were met with the astonished reaction of Soviet and Western society. The book was even nominated for the Lenin Prize in literature.

When other stories, no less hostile to the Soviet regime, were published, the KGB resumed its pressure. In 1965, they confiscated his archive. Solzhenitsyn’s works were again banned when Leonid Brezhnev became General Secretary of the Communist Party. The KGB even organized a unit for surveillance of Solzhenitsyn. He was excluded from the Union of Writers, and a campaign against him was unleashed in the press. At this time, however, he was already published abroad, nominated for the Nobel Prize, and his stories proliferated in samizdat. Also, he made many public appearances, criticizing the Soviet regime. The game was on. The KGB offered him to leave the country, but he refused.

During Solzhenitsyn’s trip to the city of Novocherkassk, a KGB agent followed him and injected the writer with poison. As Solzhenitsyn recalled, “I don’t remember any puncture but in the middle of the day my skin on the left side of my body started to ache. By evening, it got worse, a large burn; by the morning it became immense – the whole left left side, belly, and back…” His torment lasted for three months. Later, research showed that the writer had been injected with a possibly lethal dose of ricin, but somehow managed to recover.

READ MORE: 5 books by Alexander Solzhenitsyn that you should read

4. He was one of the few dissidents who spoke out in the West – and not always in favor of Western 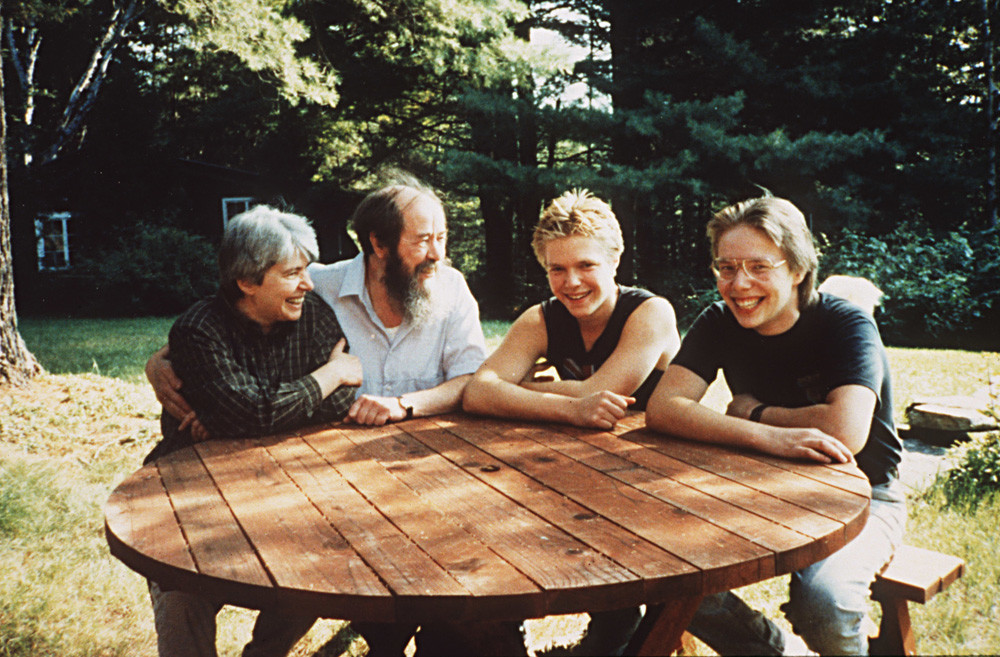 Alexander Solzhenitsyn in the U.S.

1974, Soviet authorities decided to deport  Solzhenitsyn. He was detained and sent to Germany; his family was allowed to leave a month later. They settled in Zurich, and Solzhenitsyn resumed his anti-Soviet activities with unbelievable zeal. However, he didn’t try to flatter or conform to the preferences of the liberal western media. With his mix of Orthodox and Communist ideas, he uttered support for Franco’s dictatorial regime, which enraged the liberal press. He also criticized fellow dissidents and anti-Soviet writers. Solzhenitsyn didn’t compromise in favor of anyone. Now despised by liberal western journalists, he emigrated to the U.S. and settled in Vermont, where he lived in seclusion.

5. He didn’t stop criticizing the Russian government even when Yeltsin and Putin revered him 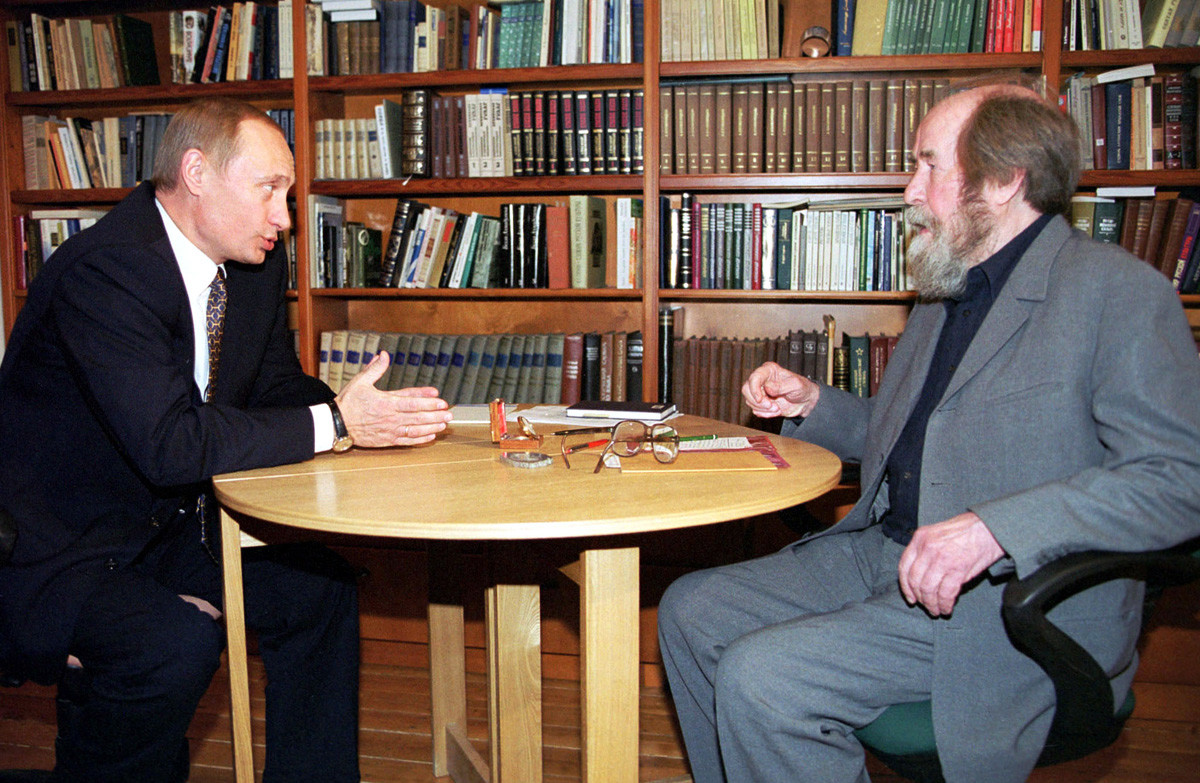 In 1990, Solzhenitsyn’s Russian citizenship was reinstated. A lot of his works were now freely published at home. In 1992, Boris Yeltsin had a long phone conversation with him, and in 1994, the writer returned to Russia, gave a speech before the State Duma and was presented with a flat and a dacha in Moscow. But when in 1998 he was awarded the Order of St. Andrew, Russia’s highest award, he refused because he still detested the Russian authorities and their actions – mainly, the privatization of state property and the First Chechen War.

Later,  during Vladimir Putin’s time as President, Solzhenitsyn accepted some lesser awards, including the State Prize of the Russian Federation, although he remained skeptical about most of the Russian government’s actions.