Culture
Anna Starostina
Some implemented, some on the drawing board, from the contextual to the kitsch, we look at Russian architectural projects around the globe from New York to Nepal. 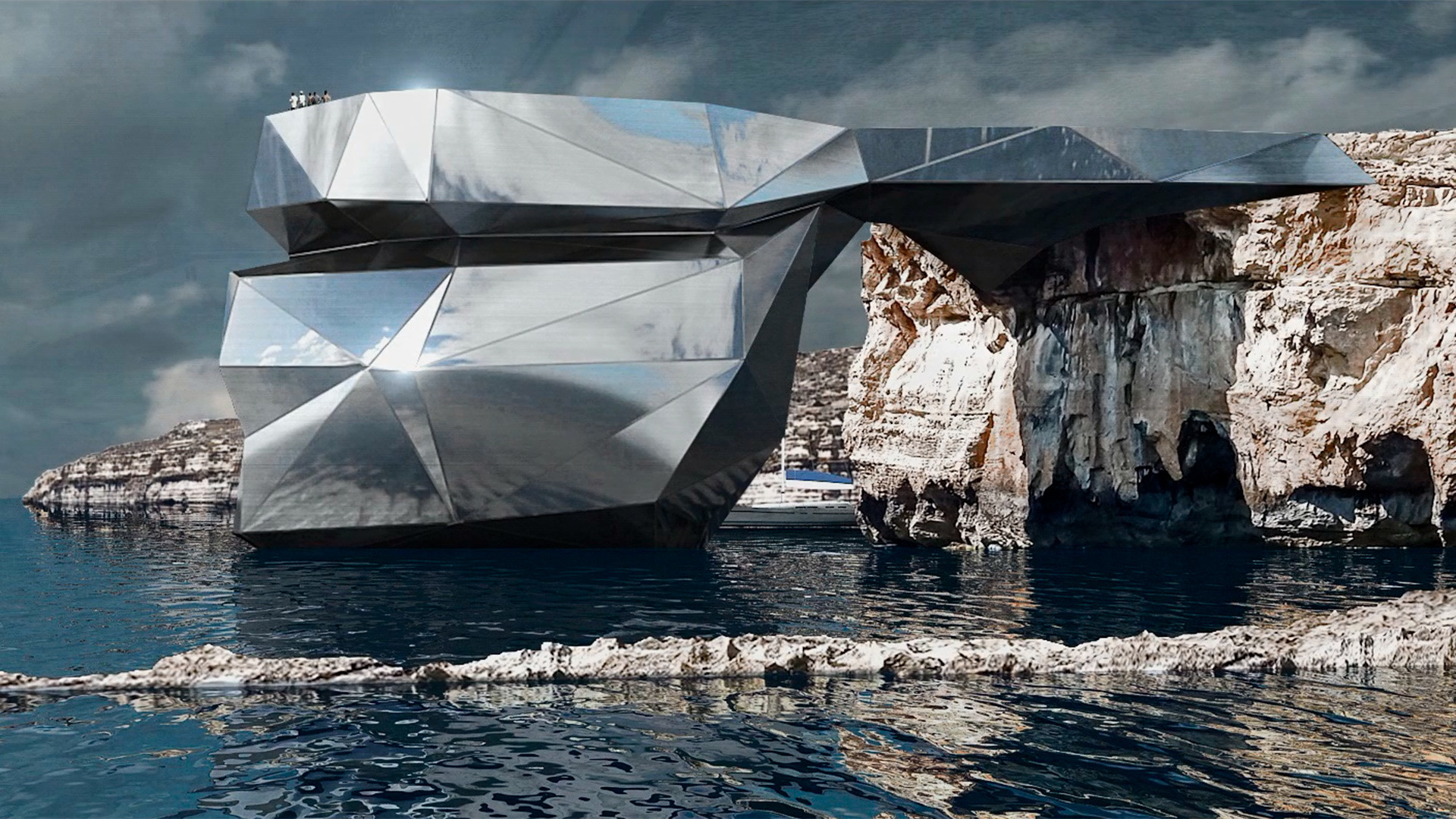 According to his idea, the sea-swallowed arch will be recreated in the form of  five-story exhibition space, about 5,000 square meters in area. The entire structure is to be fitted with mirrored steel panels, so that the sun and water glare are permanently reflected in the sharp facets, emphasizing the gravity, allure, and ambitiousness of the edifice. 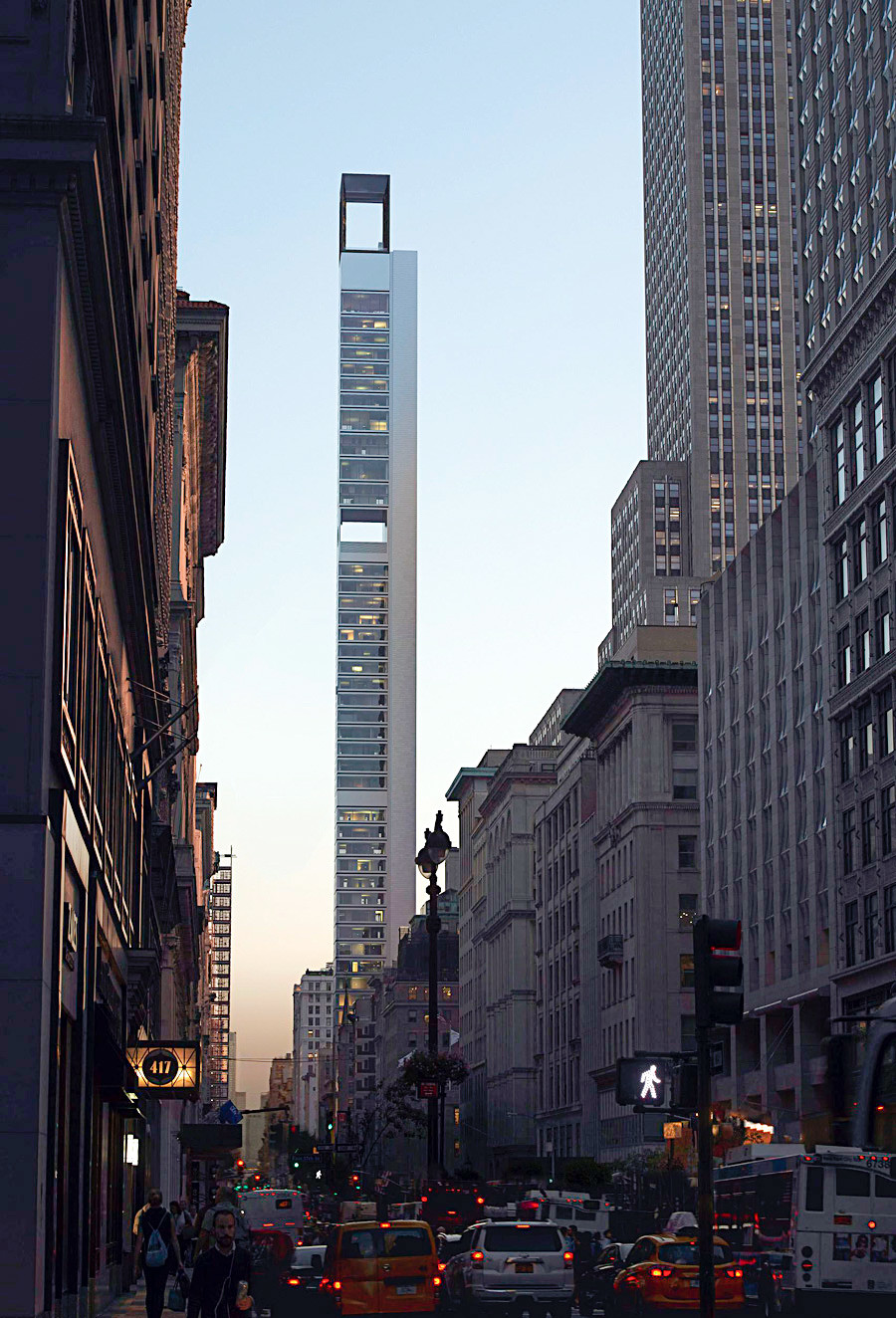 This residential skyscraper on Fifth Avenue in the heart of New York is already under construction. The completed building will be more than 300 meters high. The team, led by Yuri Grigoryan, proposed a narrow structure with just one apartment per floor, with the stiffening core and all utility lines isolated on the west-facing side. The result will be a flexible support-free living space with jaw-dropping end-to-end views.

On top of that, the architects have managed to achieve high energy efficiency: the blind southern facade of the utility supply core will be fully lined with solar panels, and one of the technical levels will be occupied by an ice container as part of the room conditioning system. 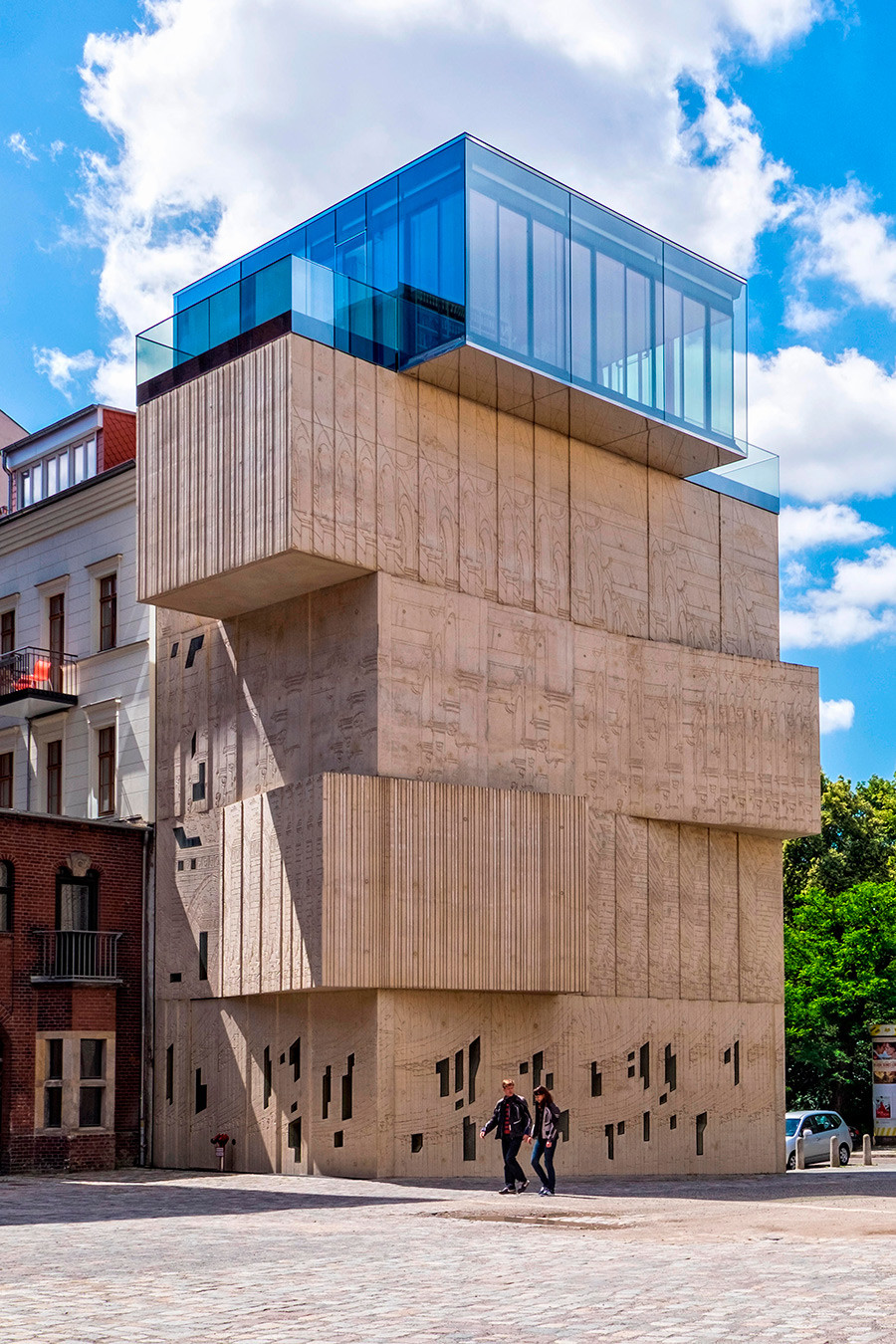 Successfully completed back in 2013, the project was one of the most seminal events in the history of modern Russian architecture. The chamber building with an area of just under 500 square meters is designed to hold a collection of architectural drawings assembled by one of the founders of Speech Bureau, architect Sergey Tchoban.

His first acquisition was a drawing by 18th-century theater set designer Pietro di Gottardo Gonzaga, fragments of which were used in the artistic concept of the facade. The building’s concrete walls are almost devoid of windows, and act as a kind of thermos, providing high energy efficiency and helping to maintain the indoor temperature and humidity necessary for storing works.

4. Shelter for climbers in the mountains of Nepal, GAFA Architects 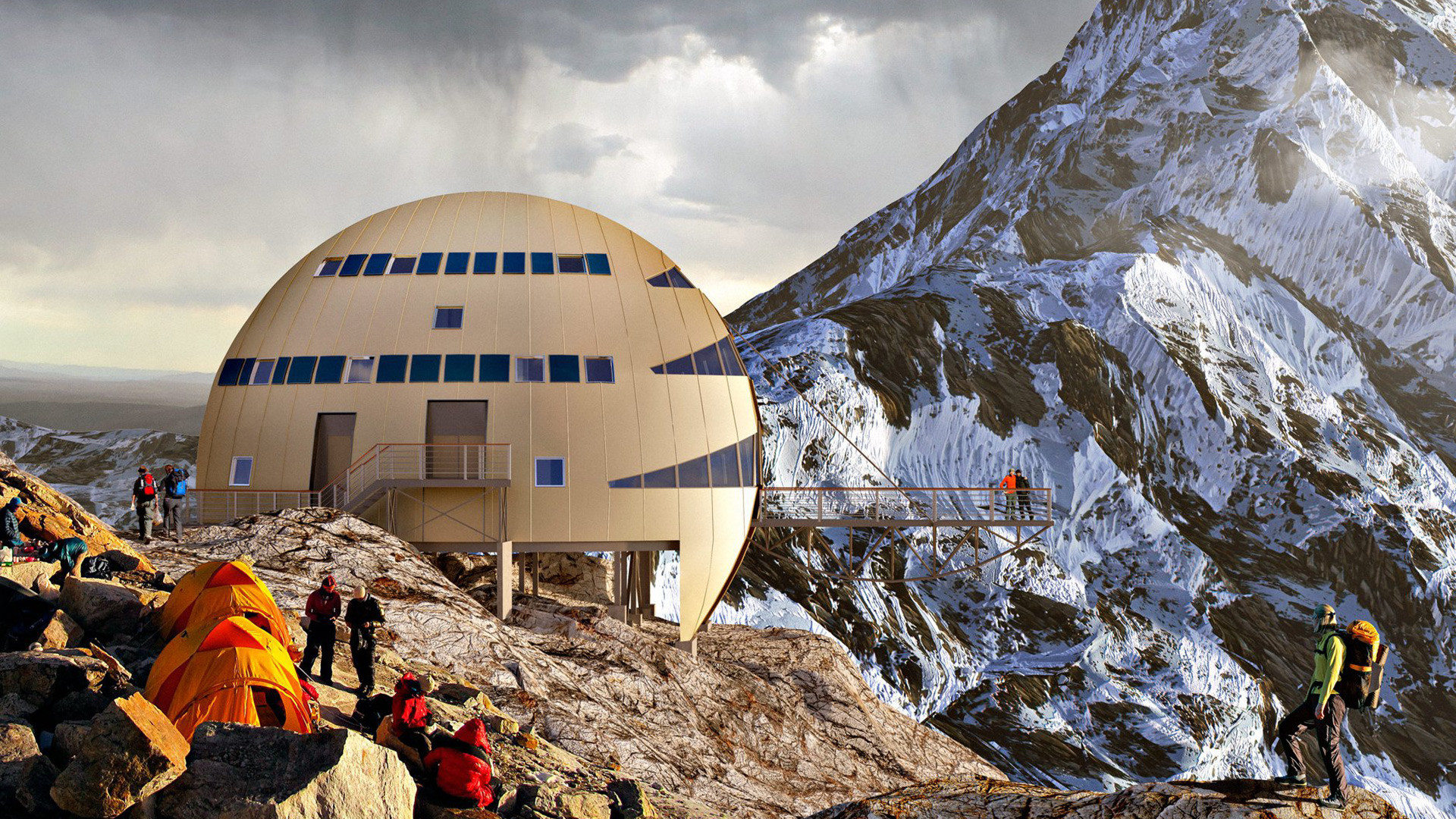 This unusual project was originally developed for an international UNESCO competition. The architects conceived a small recreation center (just 150 square meters) in the Himalayas at an altitude of 4,600 meters as a symbiosis of various associations: tent, pagoda, mountain its “architectural” analogue—a shikhara temple tower, the Nepalese greeting gesture, and even the Moon. This would have highlighted the building’s unique identity, blended into the harsh while offering much-needed psychological comfort to mountaineers. But after a devastating earthquake in Nepal, the project was revised and is now being implemented as a satellite communications base. 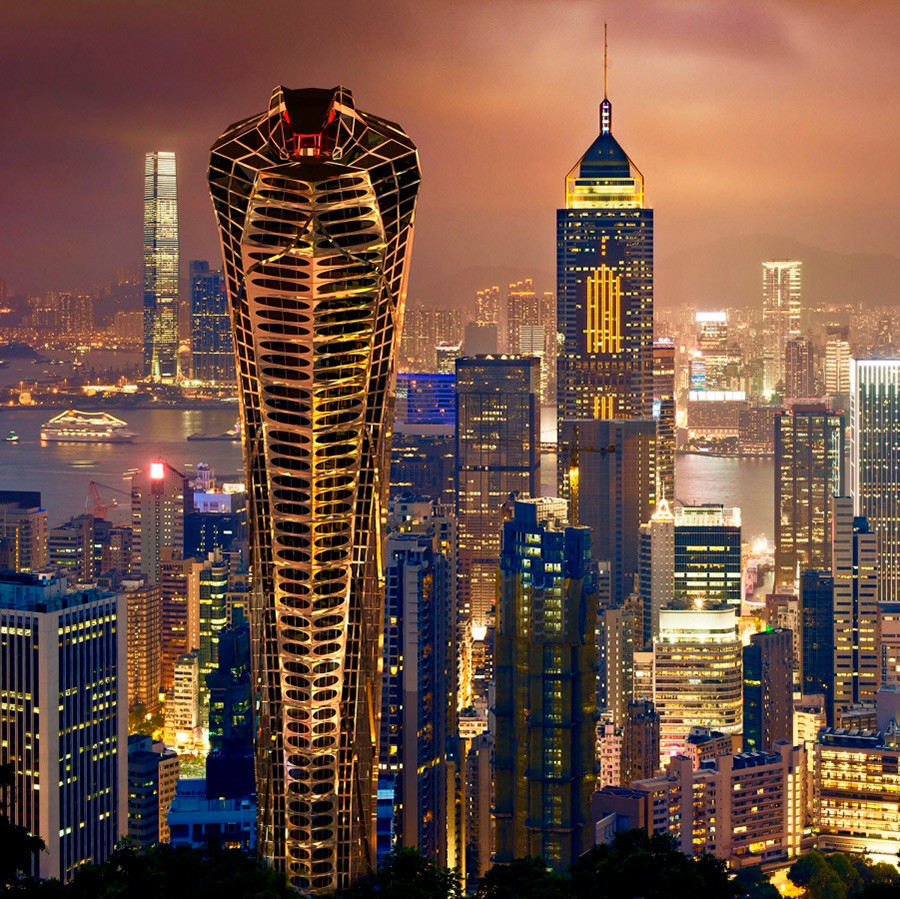 Russian ex-banker and now just Monaco resident Vasily Klyukin has his finger in many creative pies. architect is just one of his various incarnations. His openly kitsch projects are offered to cities worldwide. This high-rise in the form of an upright cobra was dreamed up in the context of Asian culture, in which snakes and dragons are revered as guardians of treasure and as symbols of immortality and wisdom. But visualizations of the project depict the garish silhouette not only against a backdrop of but daringly intertwined with London and New York as if demonstrating its versatility. Housed inside could be offices and apartments, while the open jaws are envisaged as a restaurant terrace or night club. Bright, dynamic illumination is de since snakes shed and change their skin.