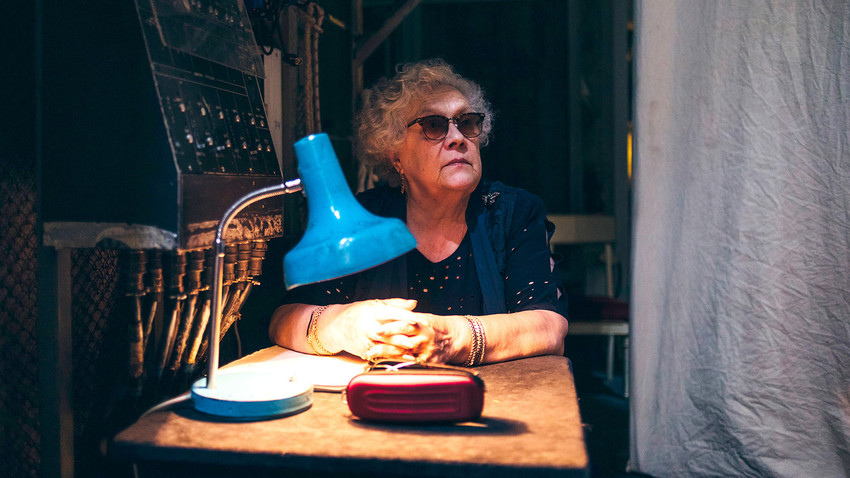 Mark Boyarsky
Nowadays, most theaters have stopped using prompters, but the Maly Theater cherishes this tradition and regards prompters as indispensable.

Some people always keep their "finger on the pulse," but Larisa Andreyeva literally keeps her finger on the text. Her long manicured fingers glide across the page without stopping for a second. Andreyeva has a rare profession – she is a prompter at the Maly Theater in downtown Moscow.

How do you imagine a prompter? A person crouched in a box under the stage, bent over a notebook with only their head sticking out, hidden from spectators by the prompter's "shell". 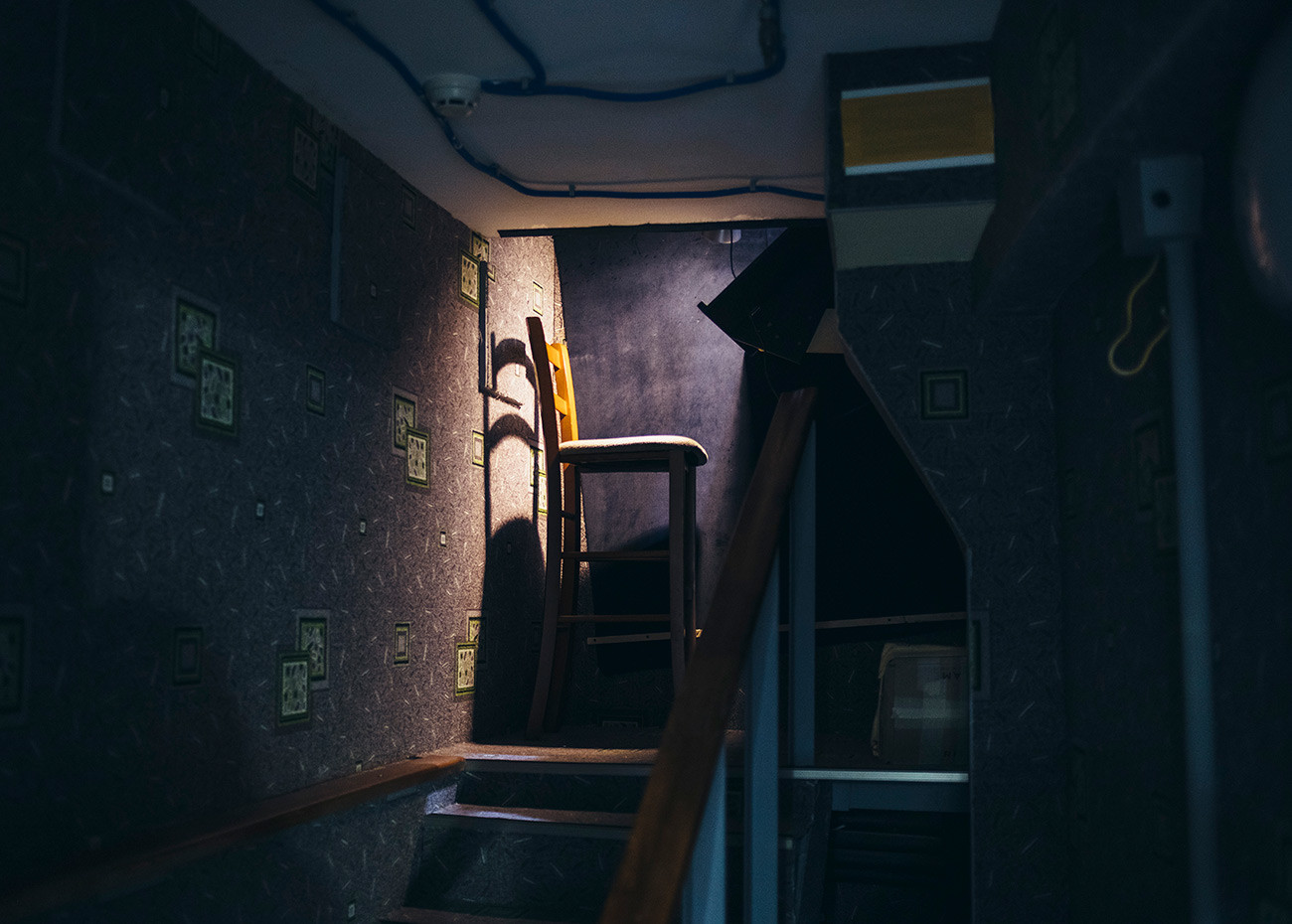 The prompter's box in Maly Theater

"All the dust comes in through the tank peephole, as I call it, and I'm dreadfully allergic to dust and can't put up with it for even five minutes – I start coughing and sneezing. Once, someone in the first row said 'Bless you!' and I almost flipped out," says Andreyeva.

That's why she stopped using the prompter’s box a long time ago and now works from backstage – she sits in the wings, either stage left or right, depending on the set. A small desk with a lamp is always ready for her arrival. She keeps a cup of tea close by because her throat feels dry all the time. 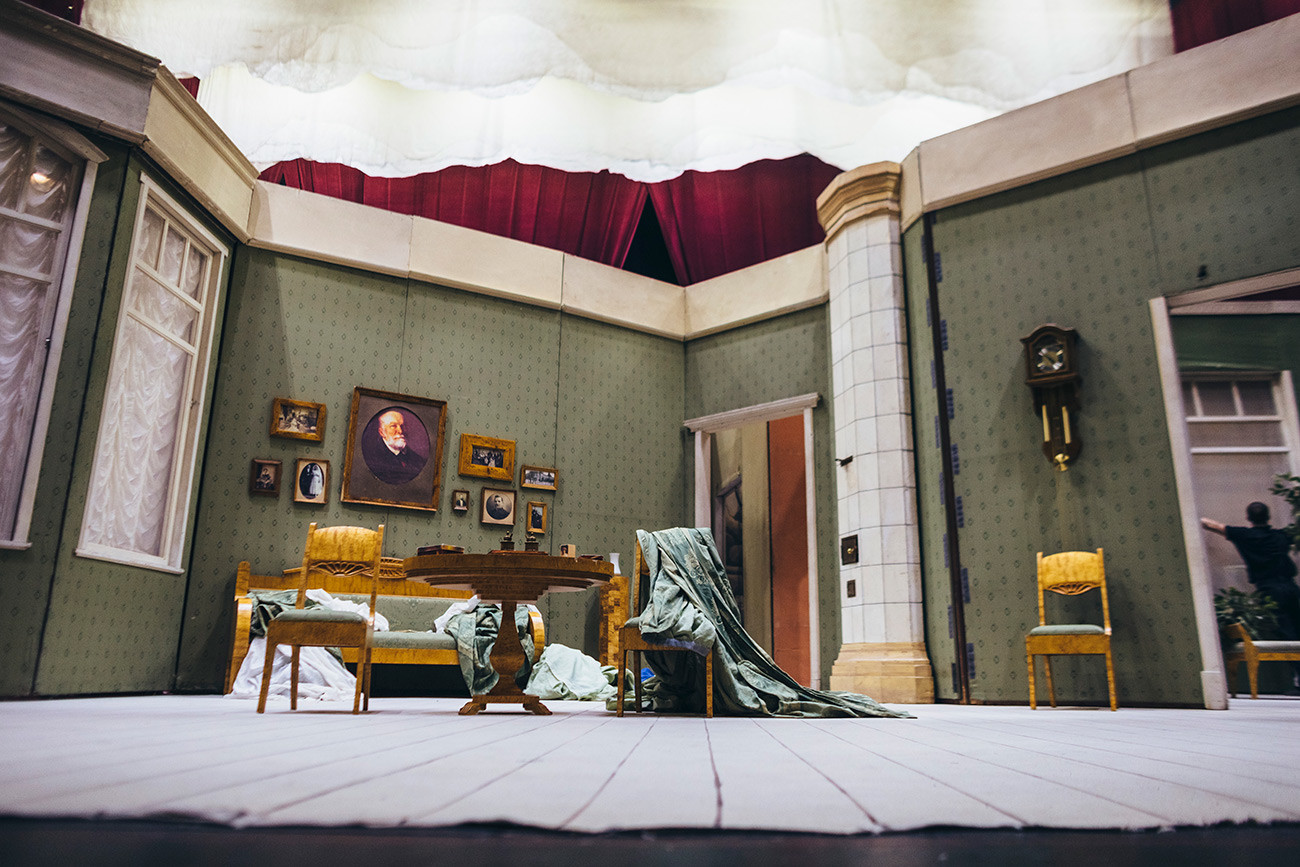 View of the stage from the prompter's box

Today, she arrived in the theater just an hour and a half before the start of the performance, The Cherry Orchard, which has been in the theater's repertoire for many years, so no special rehearsal is needed. Andreyeva has been involved in this production since its premiere, so she knows everything about everyone – who says what and when, and why someone suddenly goes silent. "They can stay silent for a whole five minutes, and I will stay silent because I realize it’s part of the performance."

Andreyeva became a prompter by accident – in her youth she worked as an actress at a theater in the city of Kurgan. Once, both prompters were sick and the actors needed help. Then, one of them suggested to Andreyeva that she try out the role herself: "It might be useful in life." That's how the young actress became a part-time prompter. 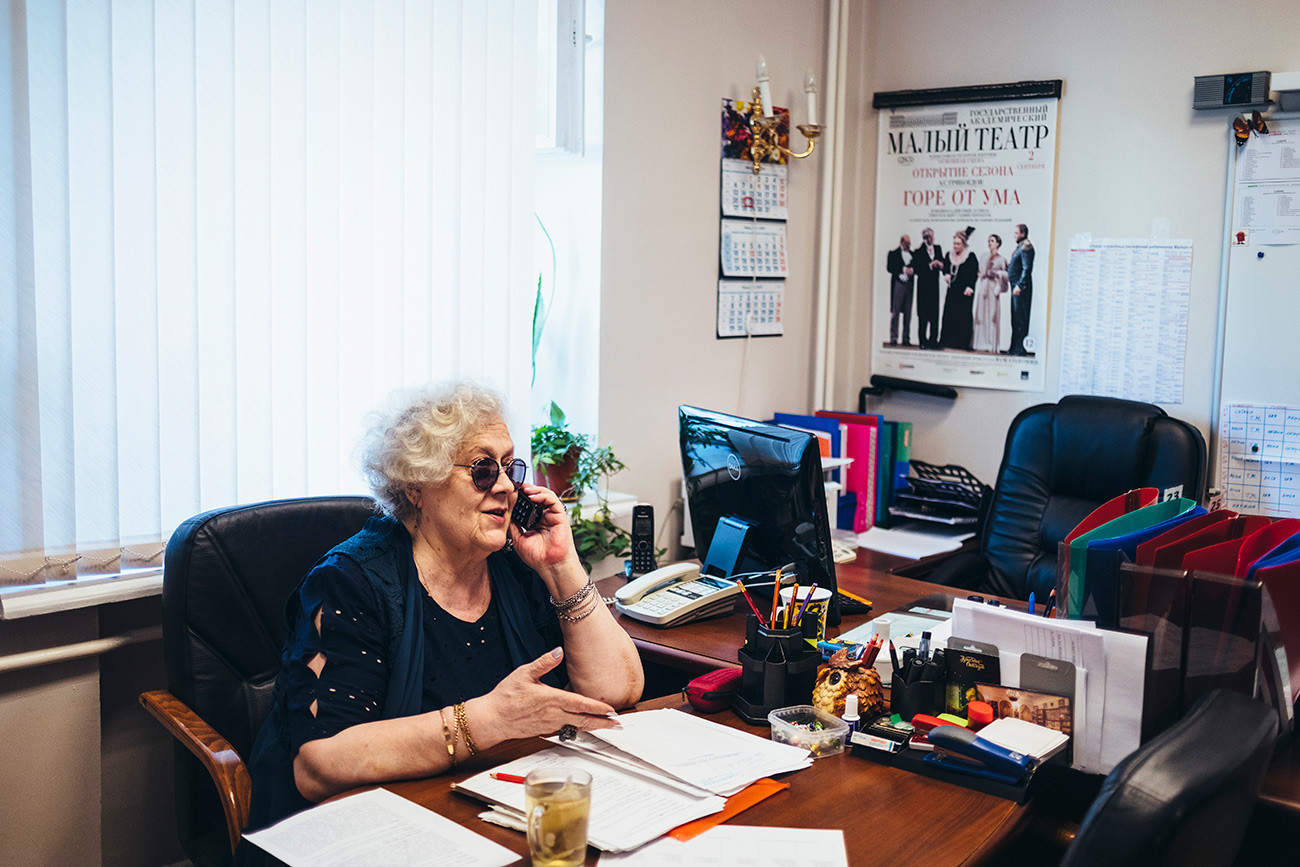 Larisa Andreyeva in the theater office

During her years in Kurgan, Andreyeva played many roles and became a Merited Artiste of Russia. Then, in 2003 she moved to Moscow and was looking for a job, and chance brought her to the Maly Theater, which needed a prompter at the time.

Initially, it was very difficult emotionally to leave her acting career, and Larisa is reluctant to talk about that time. "Time heals all things, however, and now, if they asked me to join the acting company, I would never agree," says Andreyeva.

"My profession is not just dying – it is already dead," Andreyeva says. The Maly Theater is one of the two remaining drama theaters in Moscow that still use prompters. At the final stages when preparing for a production, stage managers in some theaters will do rehearsals with actors, but in other theaters the actors have to cope on their own. At the same time, in opera theaters, including the Bolshoi, the profession of prompter is in high demand. 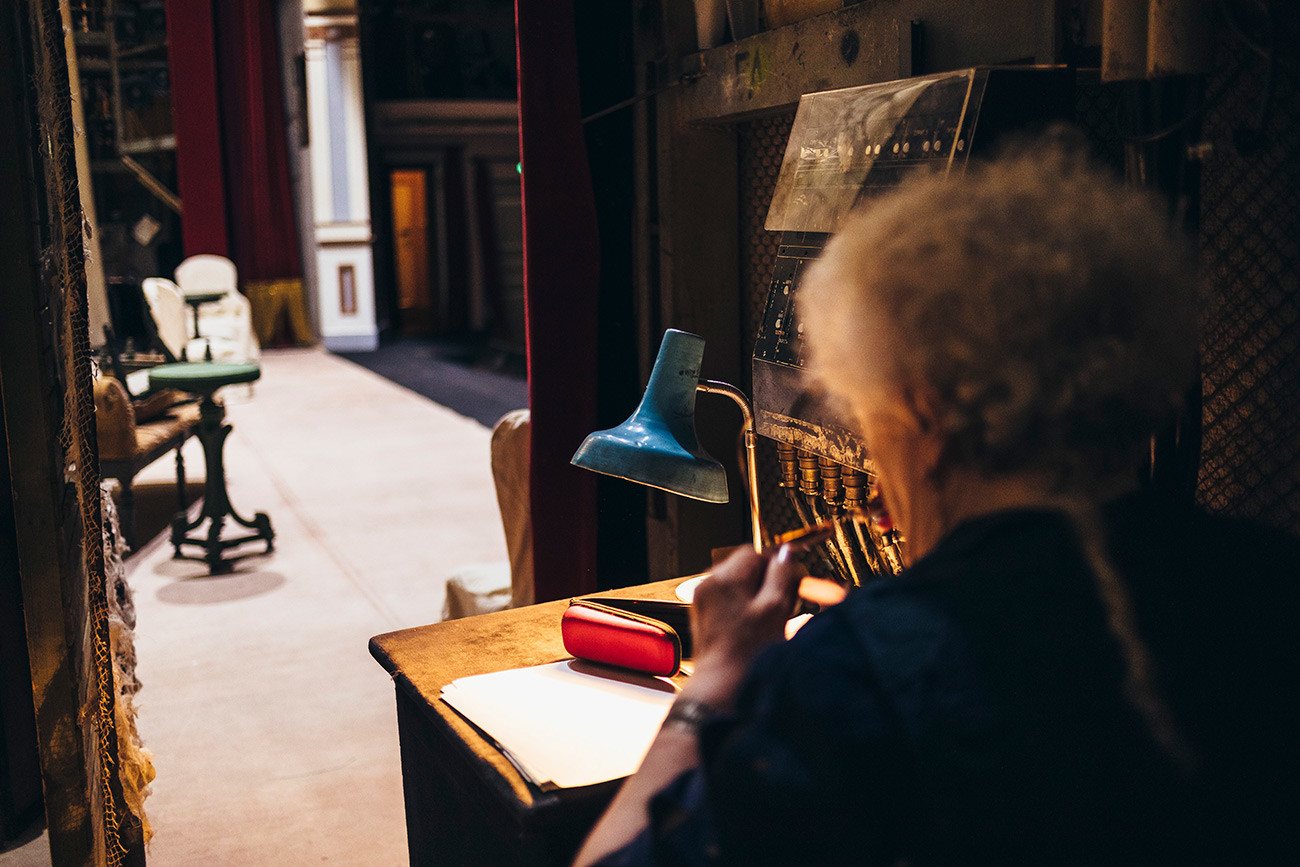 At her workplace at the Maly on Bolshaya Ordynka St.

The art of prompting is not taught in Russia; rather, it's an intuitive job. At the Maly they can teach those who want to join the profession. Recently, a young woman started working at the theater, and Larisa thinks she has the right instinct for the job.

Currently, five prompters work at the Maly Theater. Of course, an actor can use an earpiece or some other piece of technology, but it's psychologically important for actors to work with prompters. 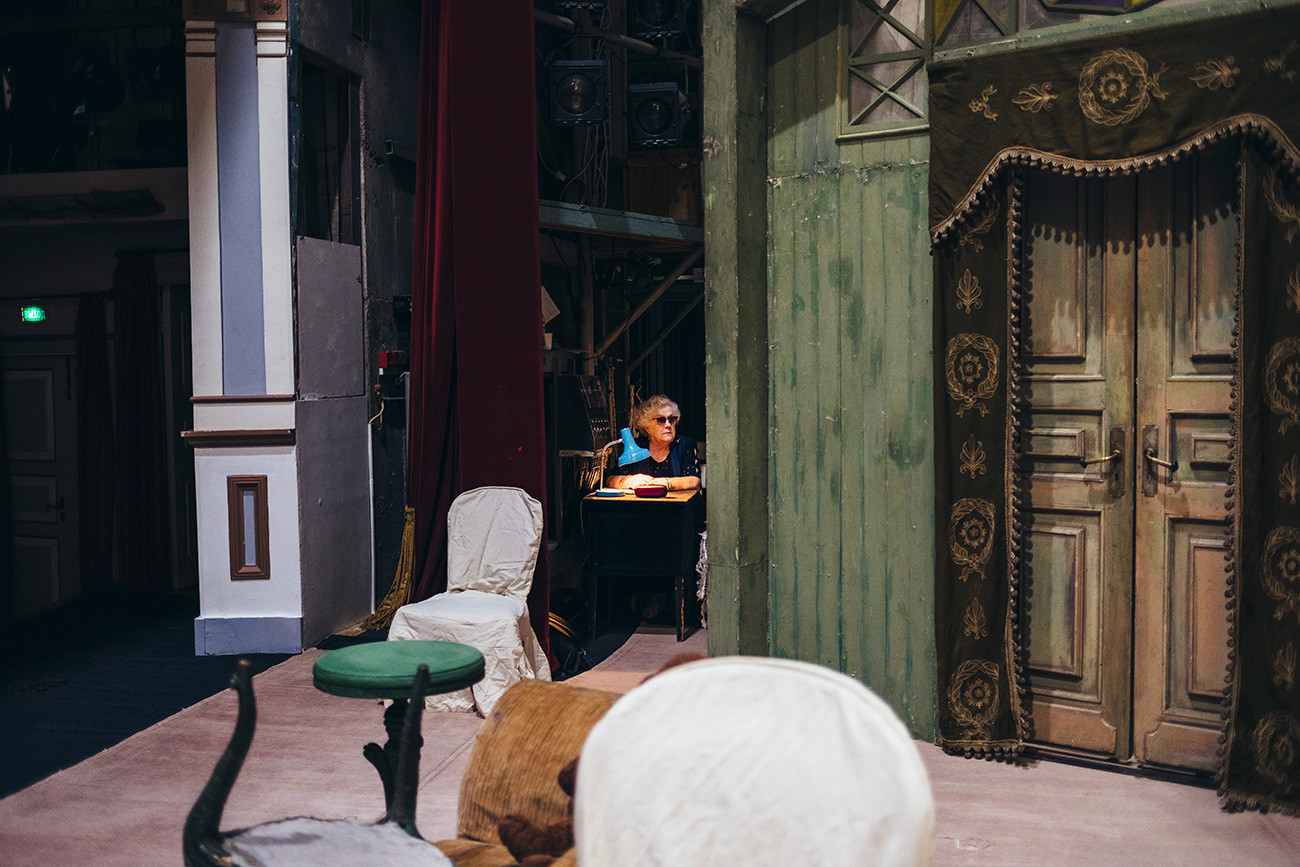 "At the Maly everyone knows that, come what may, the prompter is going to be there. When we go on tour, the first thing they ask is whether I’ll be sitting stage left or right," says Andreyeva. When there's a new stage with unknown acoustics – the prompter is their trusty backup.

A psychologist for actors

The working copy of the prompt text looks like a complex musical score, with dozens of marks that only a professional can understand. In some places part of the text is crossed out – the director decided to cut this. In other places a sentence is underlined – an actor keeps forgetting it. An exclamation mark – one has to pay special attention to this moment. A tick – the actor pauses here. Three ticks – a long pause. 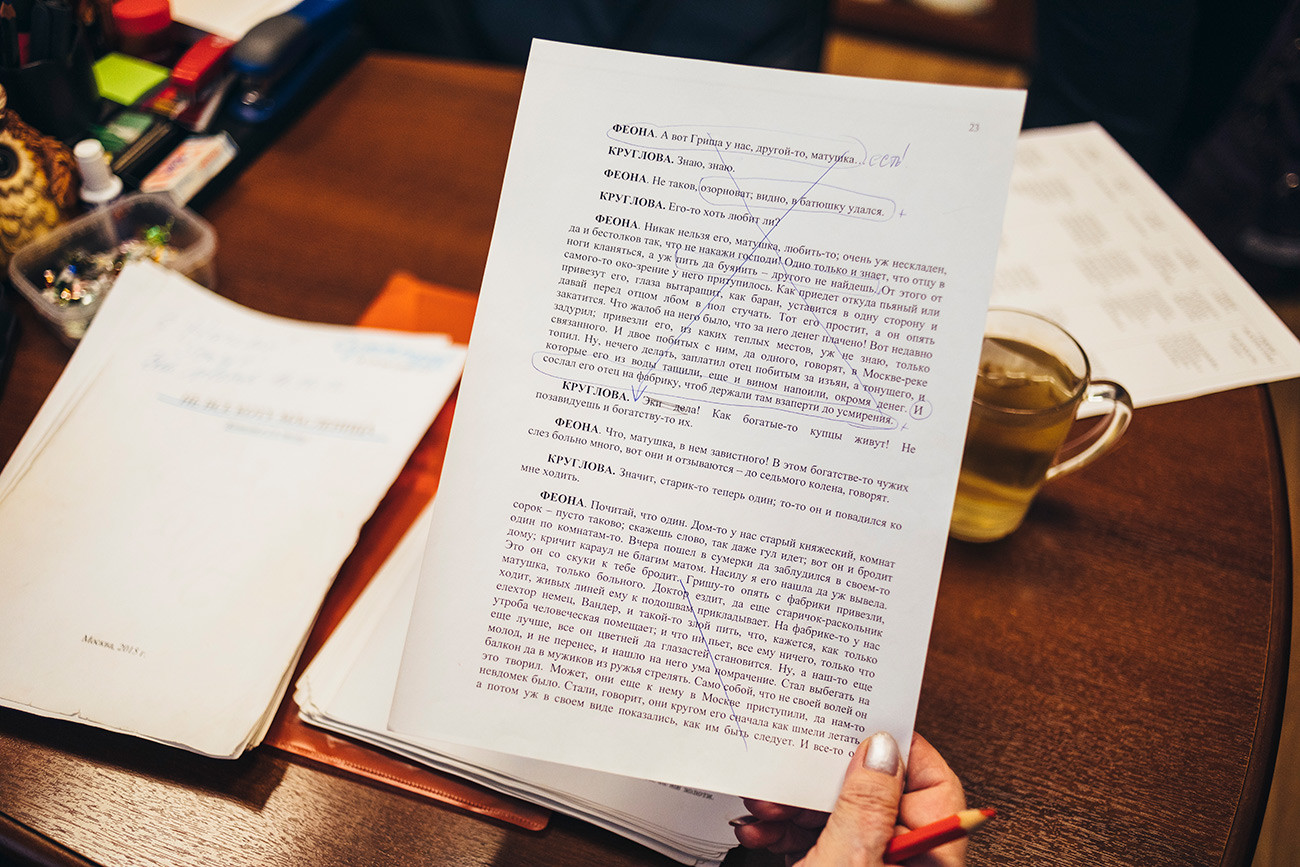 The working copy of the prompt text

The actors don't have to turn their heads in different directions looking for Andreyeva's desk backstage. She very well knows who needs help and at what moment. The Russian word for "prompter" – suflyor – comes from the French souffler, meaning “to breathe” or "to blow." Thus, a prompter is someone who lightly but precisely blows words in an actor's ear. At the same time, the spectators are unaware that anything is going on.

Sometimes Andreyeva's prompts involve not just words but also the action on stage: "Go right", "put it down" or "hand it back". The actors say that they can already lip-read what she is saying. 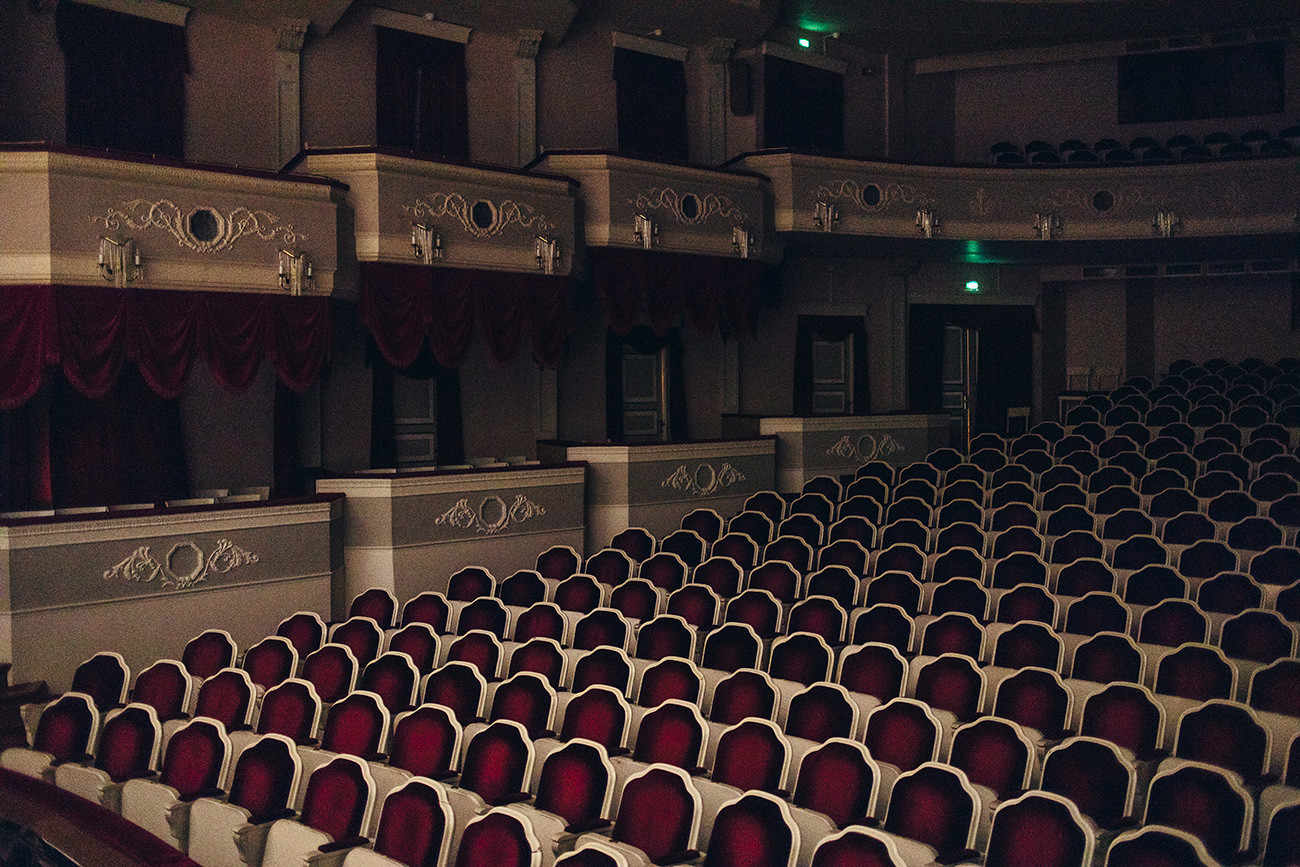 Andreyeva tells us “the only joke about prompters". It’s opening night, and the lead actor goes to the prompter before the start of the performance and says: "Today you can relax, there’s no need to prompt me, I know everything." The first call comes. The same actor goes to the prompter and says: "You know, you'd better keep an eye on me." The second call comes. "You know, that monologue, remember the one I mean? Watch out there." And finally the third call. "Every word, I beg you!" 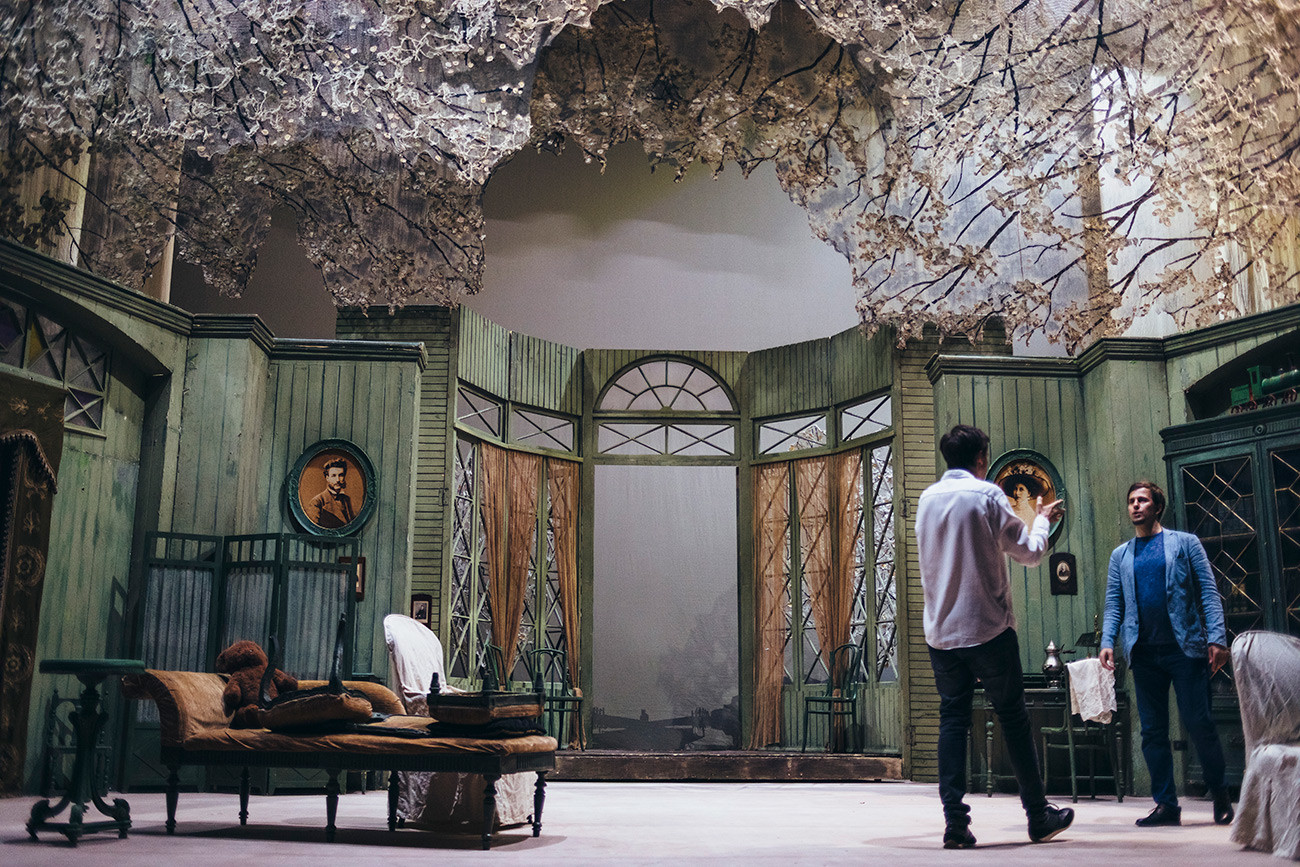 Andreyeva never tires in repeating the same script day after day because no performance is like the previous one – each time it is played differently. In fact, sometimes she marvels at a new interpretation or emotional nuance that the actor has come up with.