Meet Joanna Stingray, the American who jumped the Iron Curtain and married a Soviet rockstar 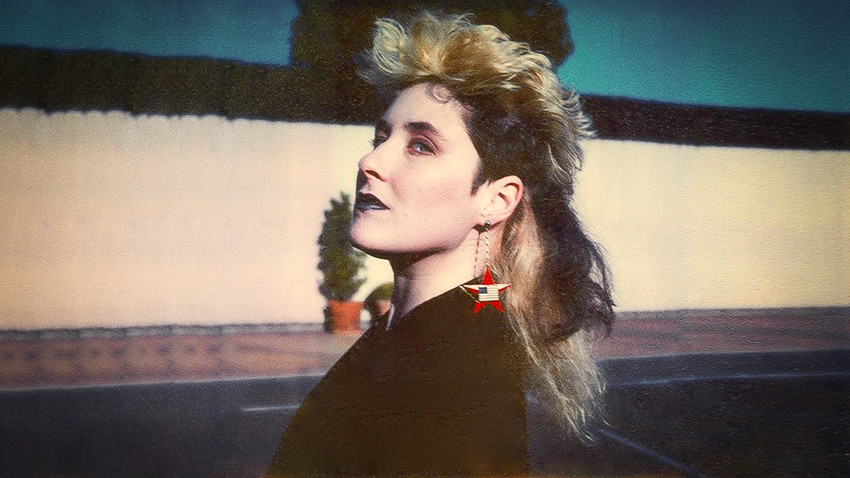 Joanna Stingray
Tailed by the KGB and FBI, rubbing shoulders with Soviet underground rock legends, and daily life in the USSR – her new book 'Stingray in Wonderland' is a real page turner.

“I remember the day when I, like Alice in the famous fairytale, fell into a rabbit’s hole. It was March 1984 and my airplane landed in Moscow’s international Sheremetyevo Airport,” writes Joanna in her new book Stingray in Wonderland (Published in Russian by AST, 2019).

Venturing over the Iron Curtain wasn’t something she ever dreamed of, but everything changed after a spontaneous trip to the USSR. There, she married more than one Russian musician and became the first Russian rock producer in the U.S.

Born in LA, California in 1960, as a child Joanna was told that the USSR was an evil country. Her father Sidney Fields directed a popular propaganda film about the Soviet Union called The Truth About Communism and warned his daughter against traveling to the USSR. “I believed my dad without question,” she writes. “Russia was of no interest to me at all at that point.” 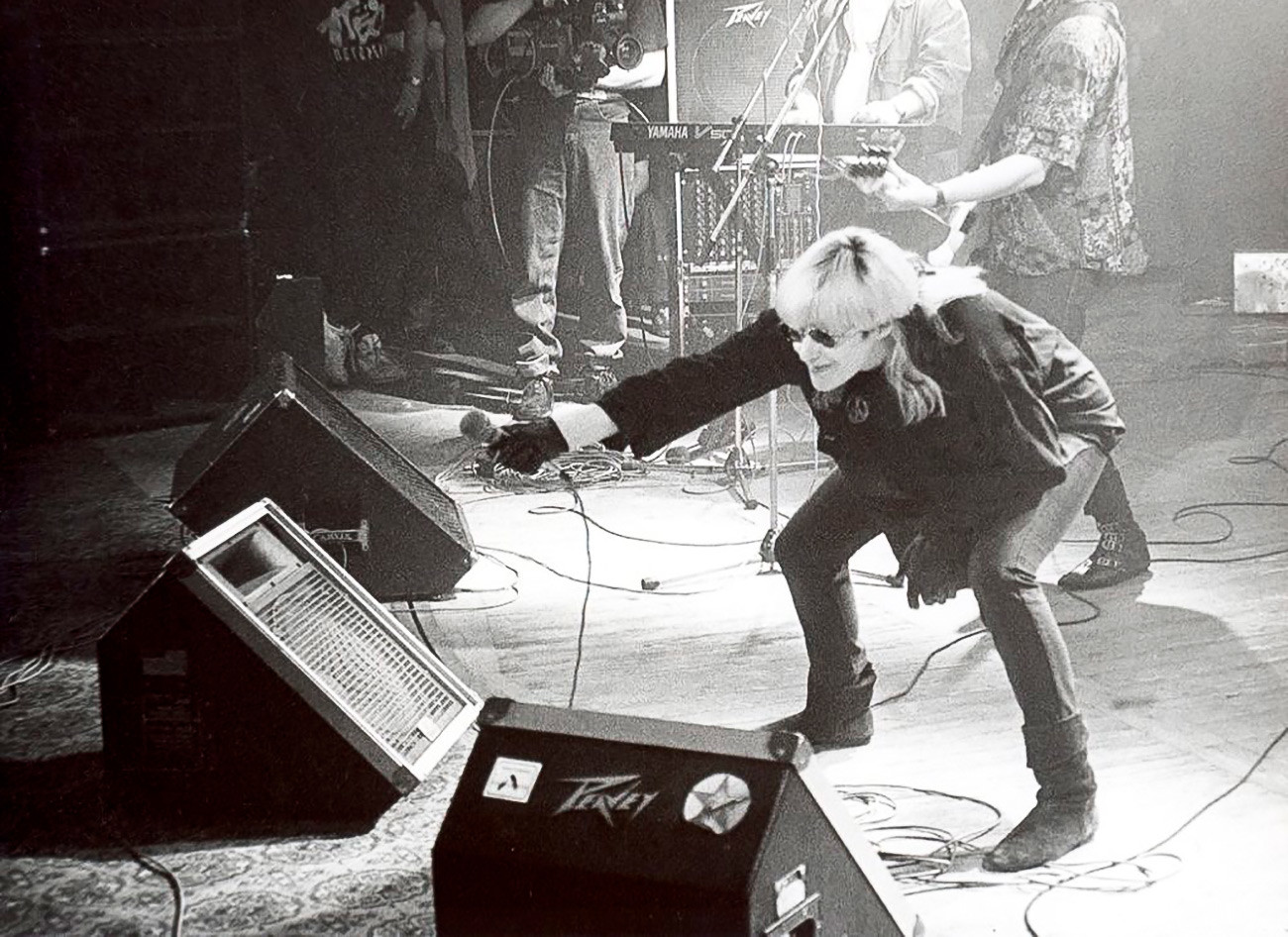 Her parents later divorced and her mum married a wealthy lawyer. Joanna eventually focused on becoming a rockstar, but in 1984, when her music career derailed, fate pointed her in the direction of the USSR, where her sister was headed as part of a student exchange program. “I couldn’t predict how important this trip would be for my future,” she writes. 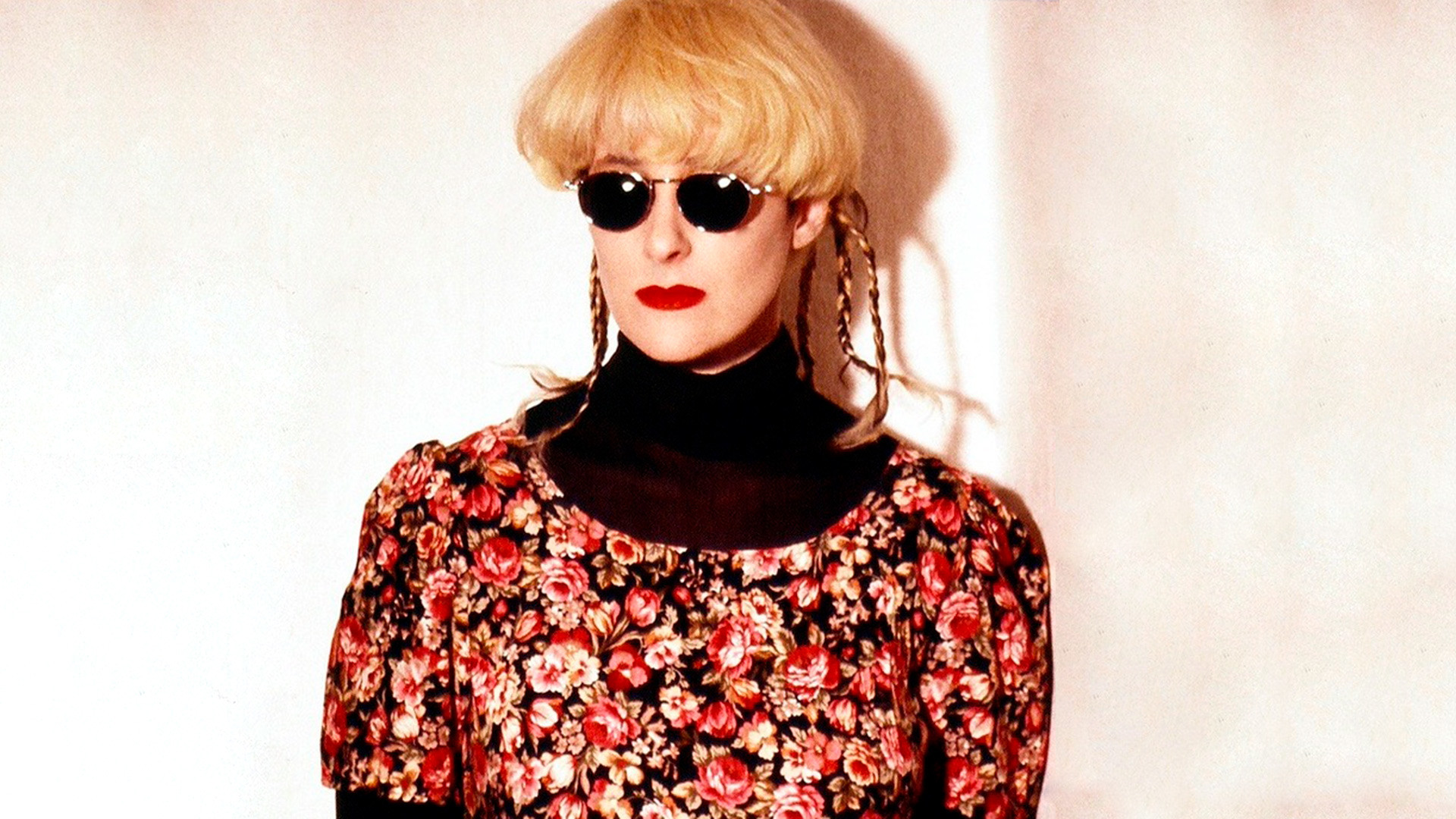 Falling in love with Russia

After her first visit in 1984, when she met Boris Grebenshikov (who she calls “a Russian Bob Dylan”) and other widely-known figures of underground Russian rock in Leningrad (now St. Petersburg), Joanna was hooked. 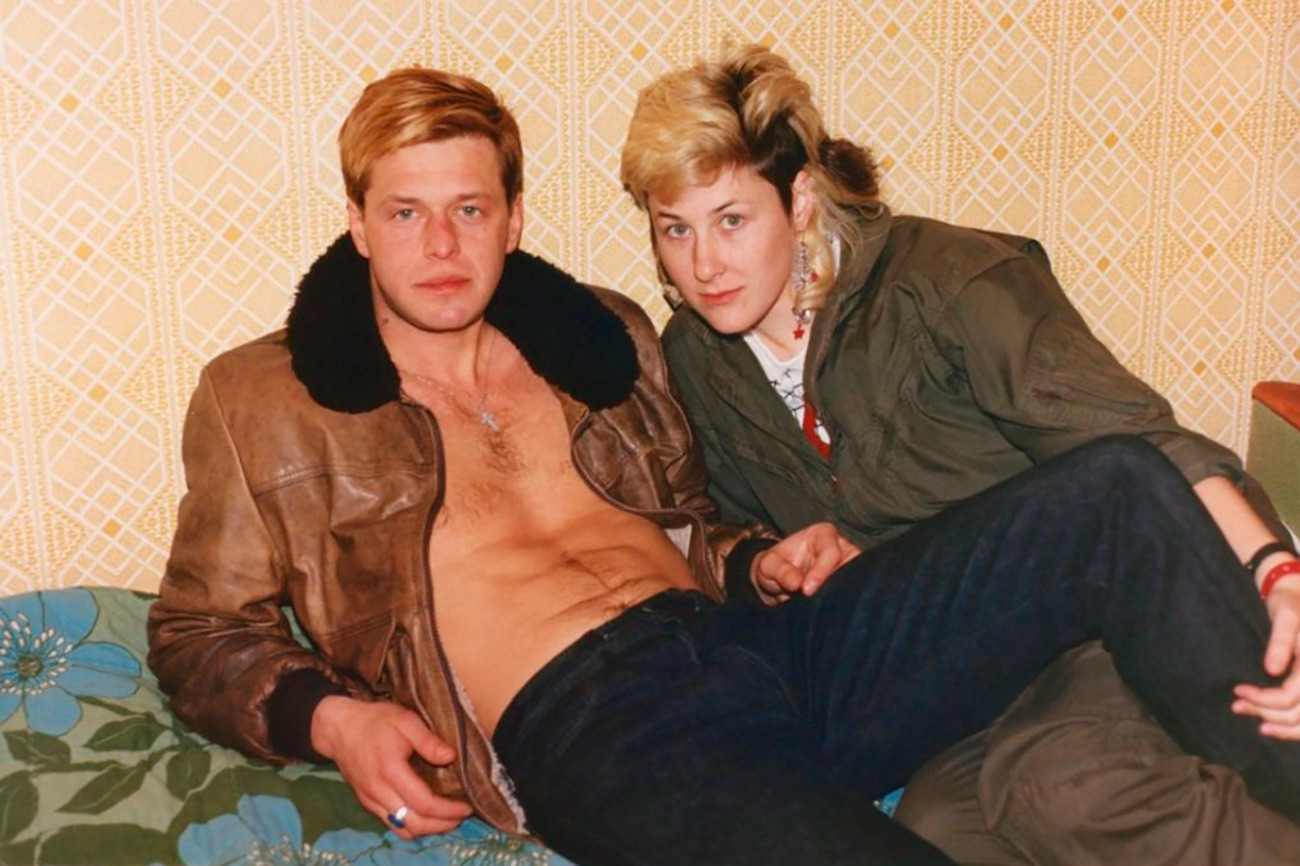 “I hadn’t left yet but had already started to plan my next visit. Short meetings with these musicians and the center of the city, which was a bit rough but so charming, opened up something for me I never thought existed while back at home,” she remembers. Joanna grew fond of the local lifestyle and wasn’t deterred by having to stand in queues for groceries or using old newspapers instead of toilet paper.

An enemy of both states?

In the years that followed she frequently visited the Soviet Union, smuggling American-made gifts to her Russian friends and Russian music to the U.S. She even released the first compilation of “enemy rock” – it was called “Red Wave – 4 Underground Bands From The USSR” (1986).

From the start, Joanna was followed and even interrogated by Soviet KGB agents, and approached by the FBI back home – both agencies thought she was a spy. During one of her first encounters with the KGB, she was locked in a room by two agents. “Suddenly, out of cigarette smoke, two suited men appeared before me,” she writes.

Everything that followed was like something out of a Hollywood movie as they angrily questioned her in broken English. “I understood that once I told them my name they’d never let me come to the USSR again,” she recalls. “Almost out of breath, I heard myself say: ‘I’m an American citizen. If you want to know my name, call the consulate.” They eventually let her go. 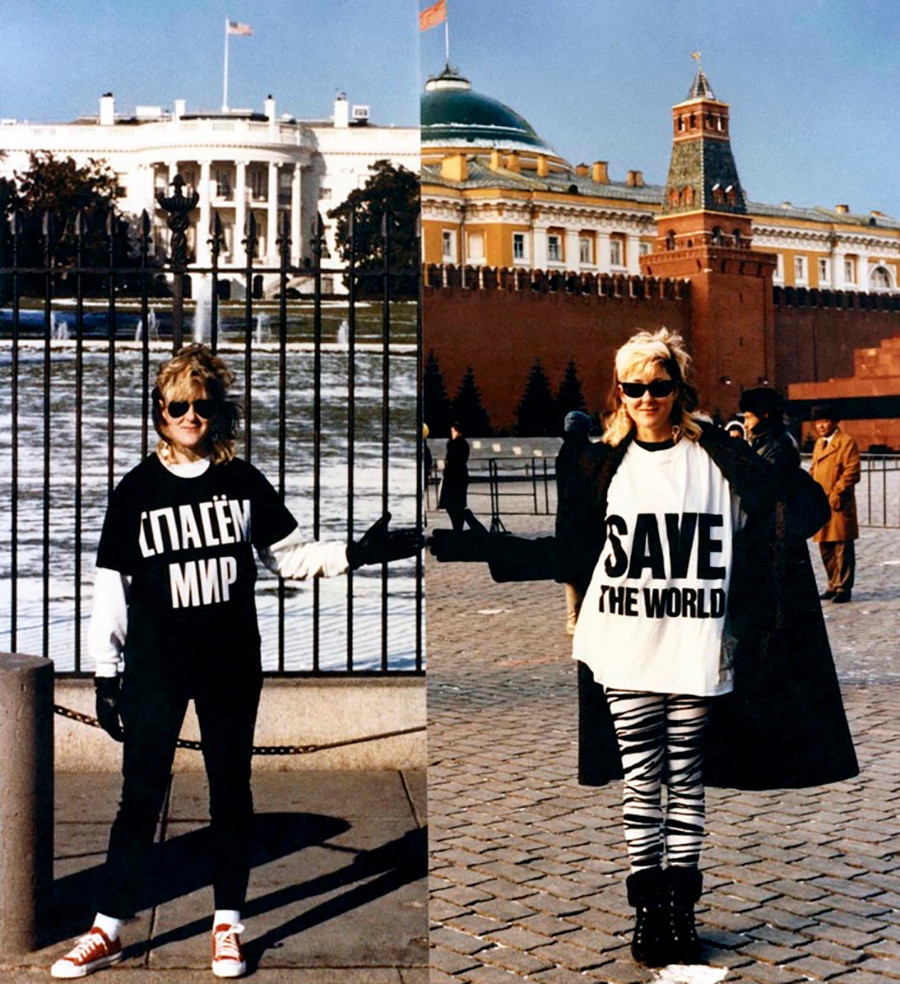 Married to a Russian

Then in 1987, when she was set to marry guitarist Yuri Kasparyan, her visa was blocked. For some reason the Soviet authorities blacklisted her, but she didn’t give up. Her mum even told her that maybe it was a sign for her to let go of the USSR. “I can’t live without Russia!,” she screamed back at her. “It’s in my blood. I’d rather be in a Russian jail than in your luxury house!”

After months of waiting, she eventually found a way to return and marry. She changed her name from Fields to Stingray and traveled to the USSR from Helsinki, which allowed her to stay for a few days without a visa. “November 2, 1987” I repeated as if spellbound,” she writes. “The fact I got married so easily proved not only my faith in my fairytale-like destiny, but also what I already knew about this vast bureaucratic country: Russia wasn’t a scary well-managed machine but rather a sort of a monster from under the bed...It sometimes took months for information to travel between organizations and cities, even getting lost on the way.” 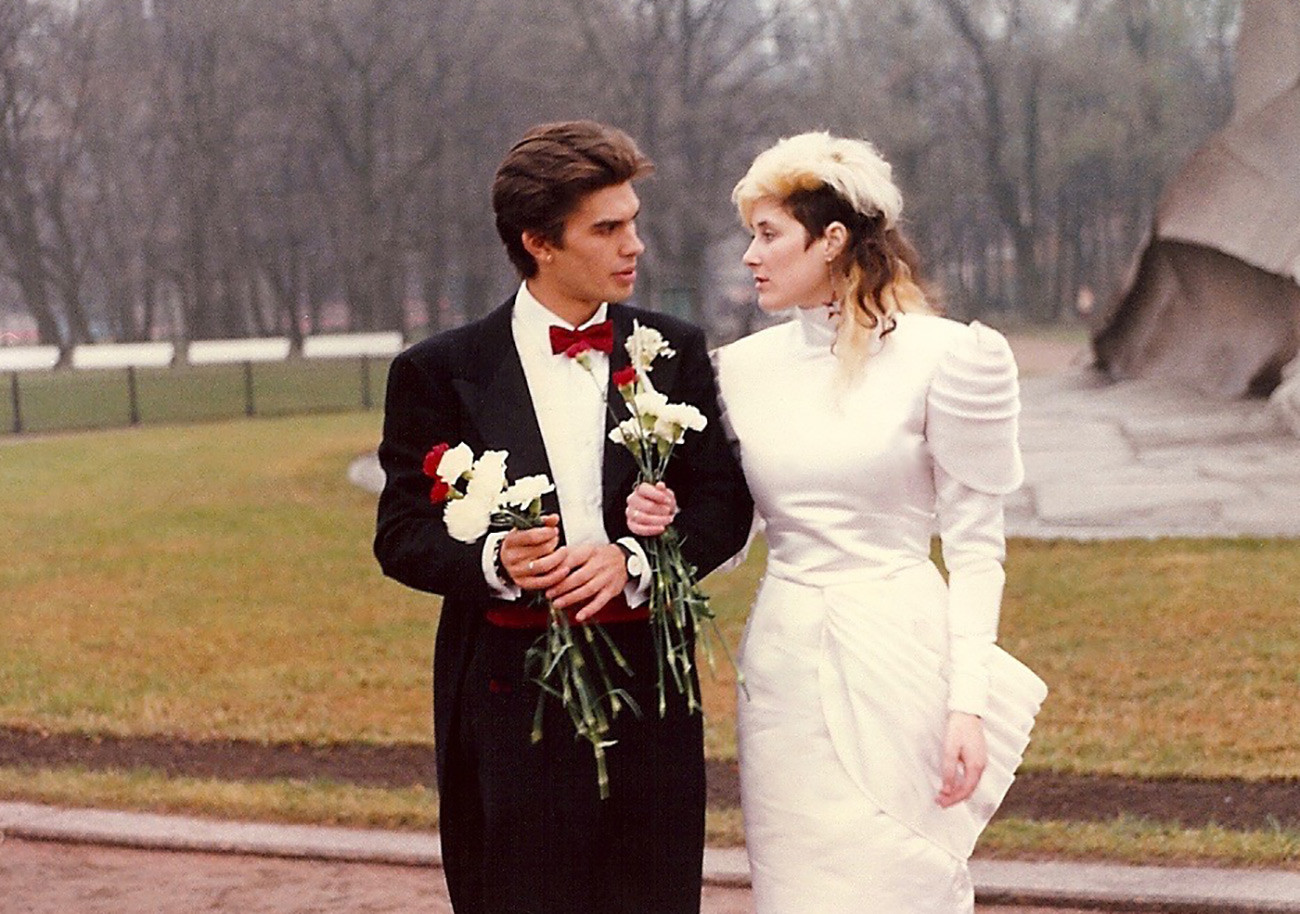 The marriage didn’t last though: Yuri and Joanna divorced in the early 90s before she started a family with another Russian musician, Alexander Vasiliev. They moved to America because of Joanna’s concerns about environmental pollution and the general instability in what is now the Russian Federation. 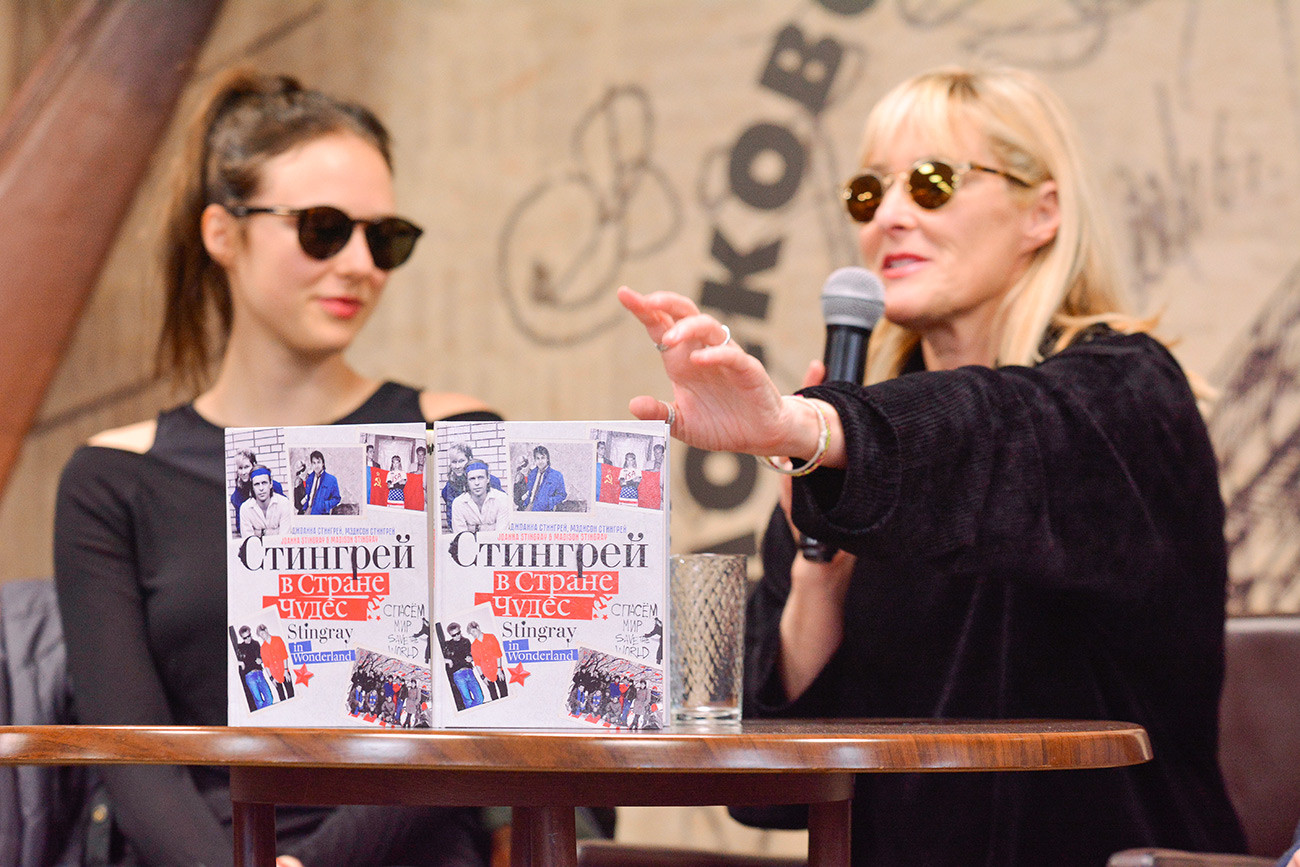 Joanna Stingray and her daughter Madison returned to Russia 30 years later to present her book "Stingray in Wonderland" published in Russian. April 1, 2019

In 2004 she returned to Russia, this time with her daughter Madison. After 10 years her marriage to Vasiliev came to an end – Joanna is now wedded to a fellow American but she still loves Russia. Recently, in early April, she came here again with Madison to present her new book.

*Quotes from the book are translated from Russian.