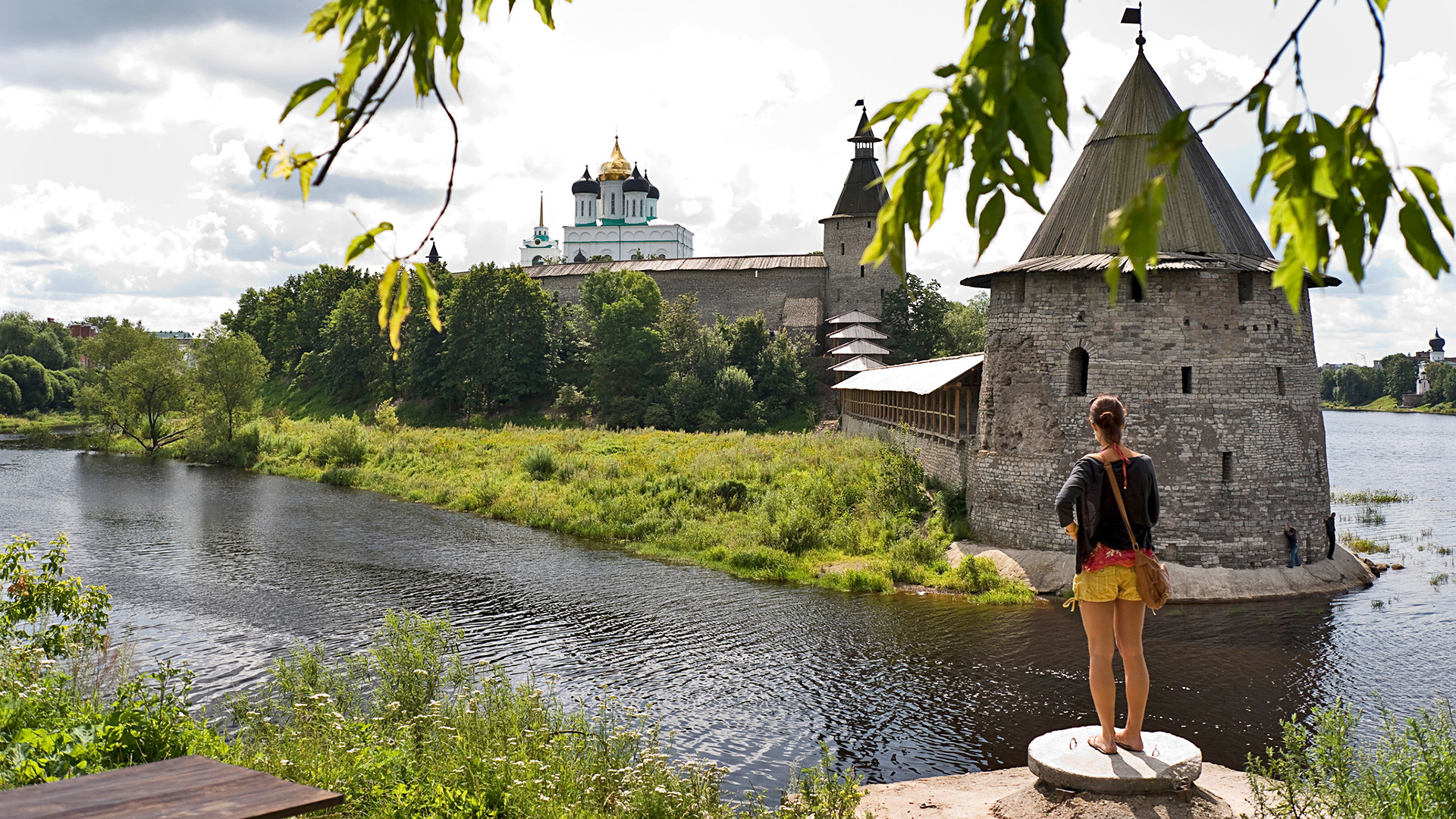 Legion Media
On July 7, UNESCO’s World Heritage List grew longer - six new cultural sites were added to the list, including a group of ancient monuments located in Russia’s city of Pskov, brought together under the “Churches of the Pskov School of Architecture” nomination.

Located in one of Russia’s oldest cities, this group of monuments features churches, cathedrals, monasteries, fortification towers and administrative buildings built by the Pskov School of Architecture. The buildings feature such characteristics as the cubic volumes, domes, porches and belfries, with the oldest elements dating back to as far as the 12th century. 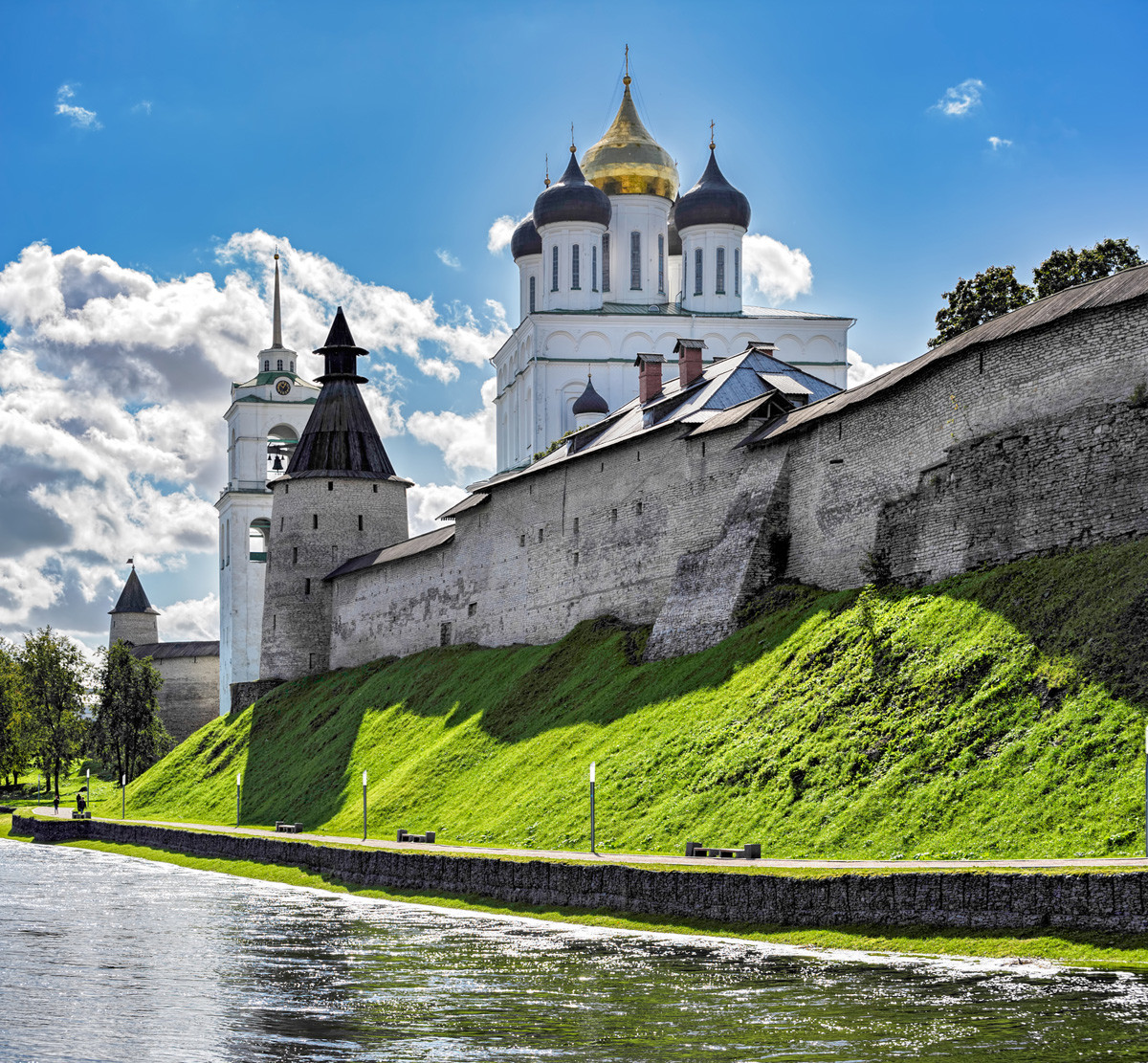 The ensemble of the Kremlin: the Trinity Cathedral with a bell-tower, 17th century, 1830

One of the leading architectural schools in the country that reached its peak in the 15th-16th centuries, the Pskov School was inspired by the Byzantine and Novgorod traditions and contributed to the subsequent development of Russian architecture. 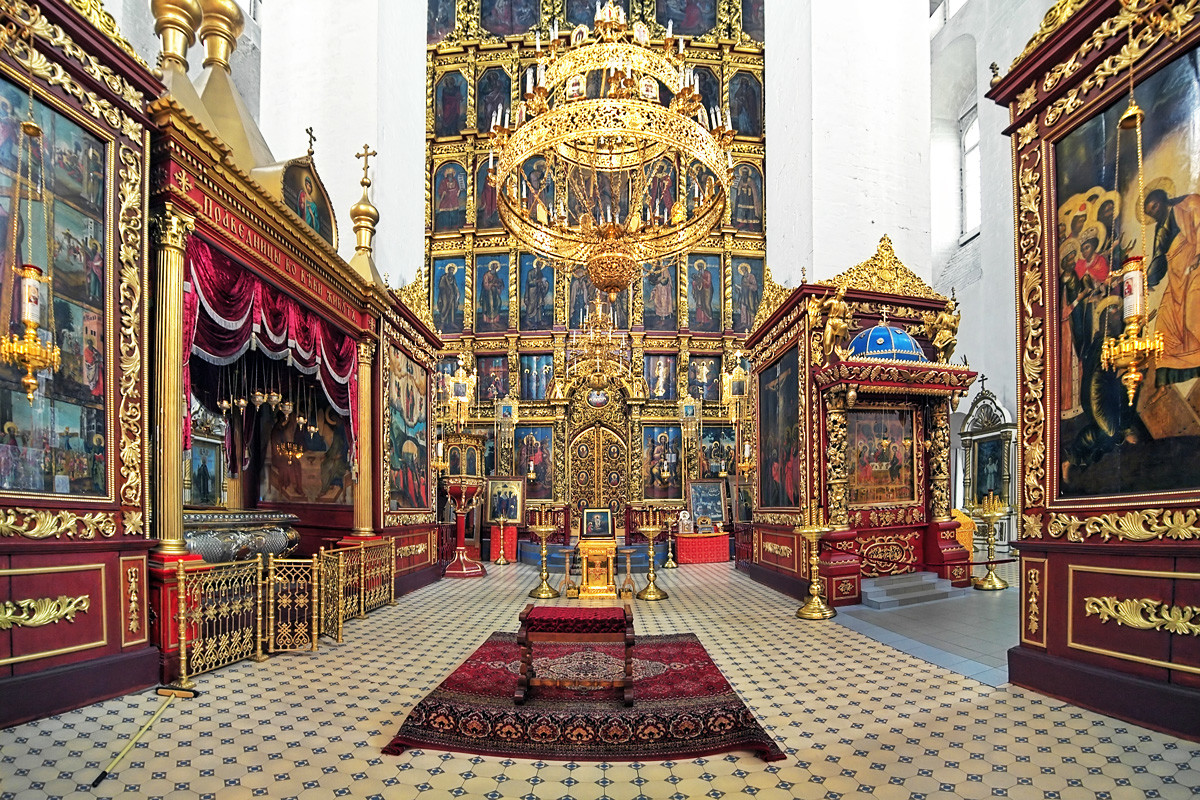 The interior of the Trinity Cathedral 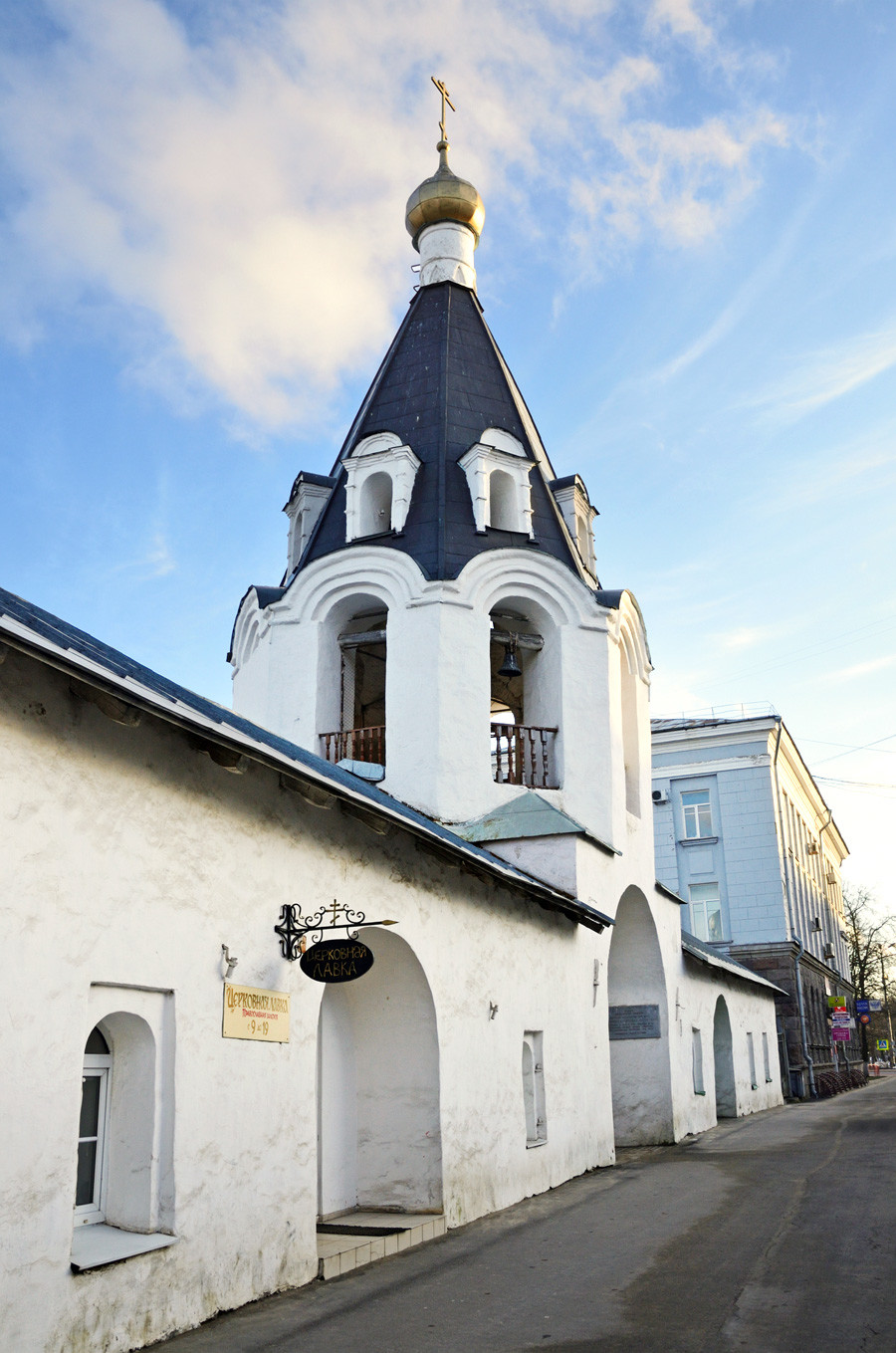 The bell tower of the Church of the Archangel Michael, 14th century

Among the monuments included in the list are the Pokrovskaya (Intercession) Tower (15th century) and Gremyachaya Tower (16th century) of the Pskov Fortress, the churches from the 12-15th century, and the buildings of the Spaso-Mirozhsky Monastery Ensemble dating back to the 12th century. 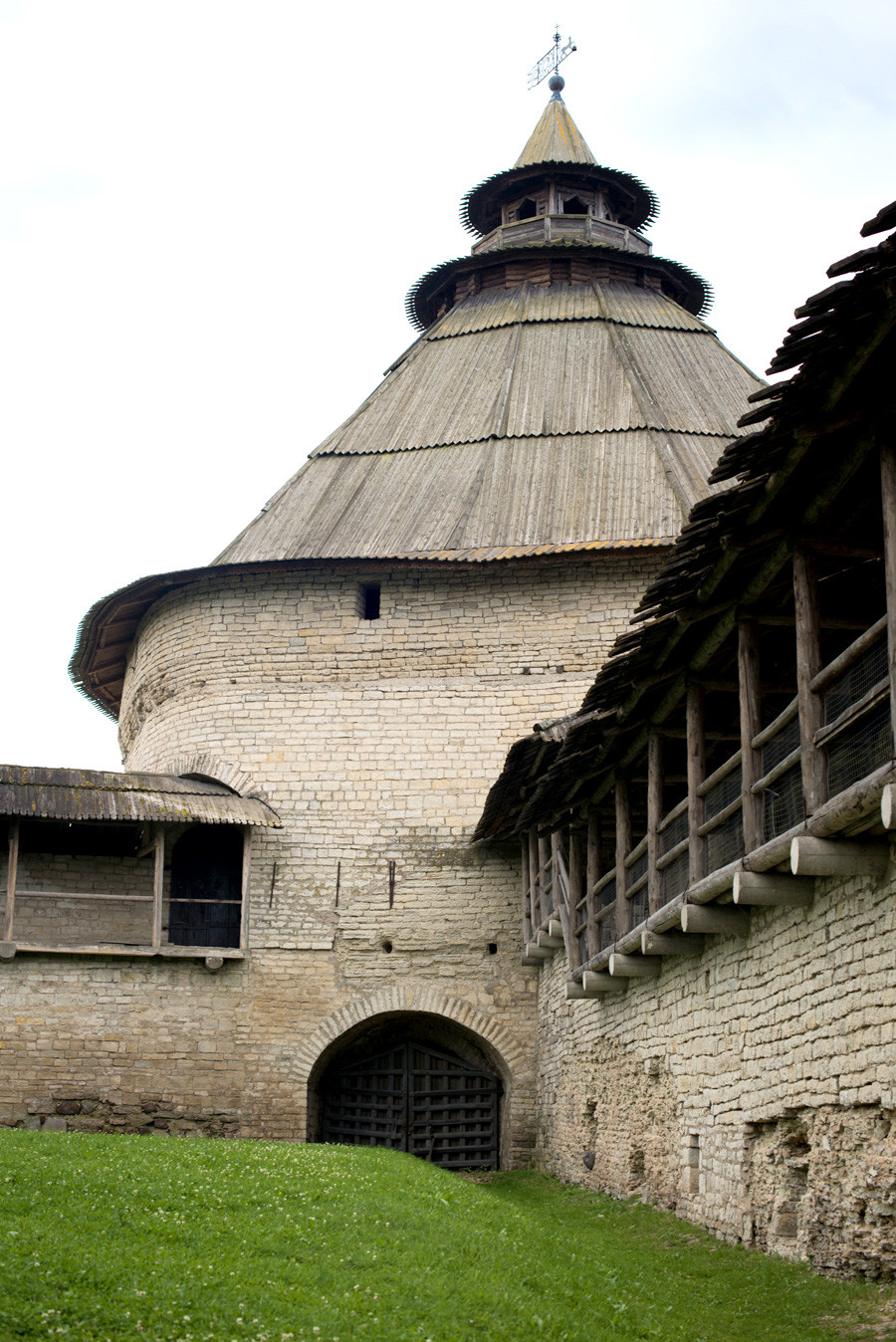 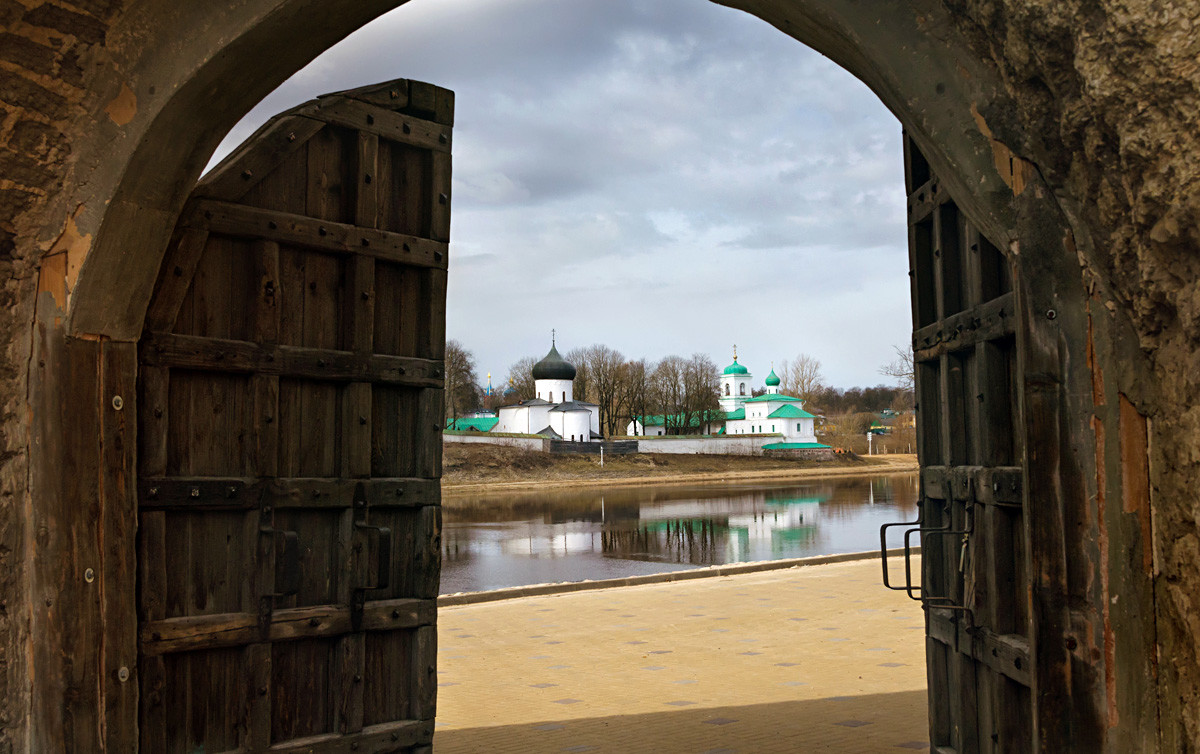 The Transfiguration Cathedral, 12th century, of the Ensemble of the Spaso-Mirozhsky Monastery

During the 1917 Bolshevik Revolution, many churches around the country were destroyed, but many of Pskov’s monuments survived. “Pskov was lucky because few buildings were destroyed after the revolution. During Soviet times, only a couple of churches were closed, a few were destroyed during the war, but most of the churches that are gone were built in the 18th century. All the ancient buildings survived,“ Taisiya Kruglova, a Russian historian, told RFE/RL. 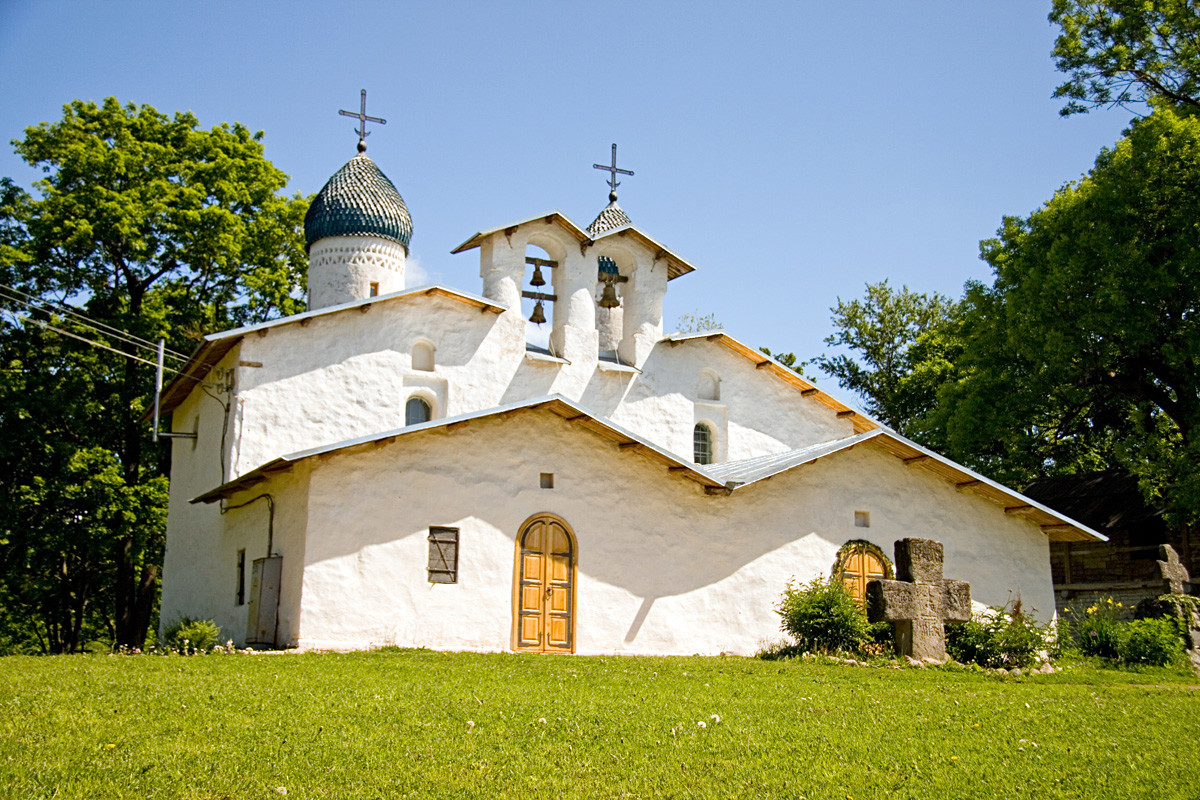 The Church of Pokrova (Intercession) ot Proloma (at the breach in the wall), 15th-16th centuries 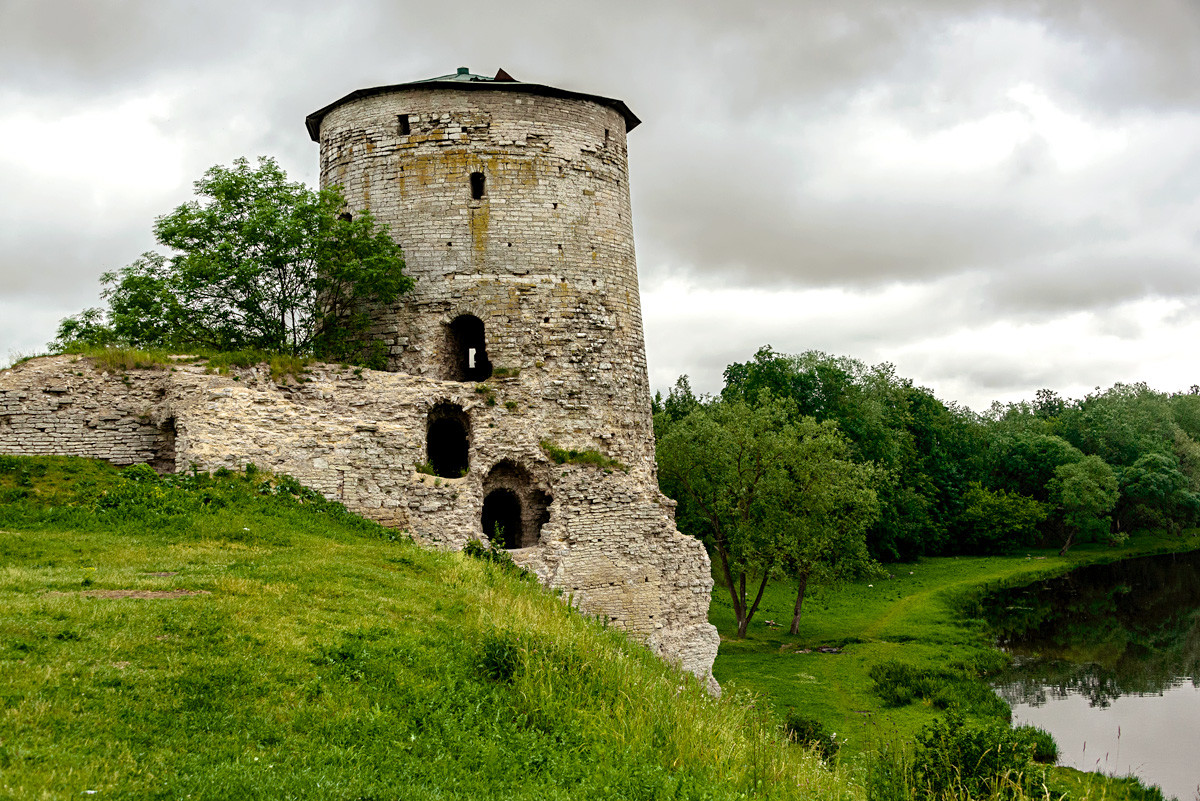 The complex of fortress buildings of the Outer Town: Gremyachaya Tower, 16th century

Up until the 18th century, Pskov played the role of a fortress city - its ancient fortification buildings were used up until the Great Northern War (1700-1721). After a 9-month German occupation in 1918, the city came under Bolshevik control and some historic monuments were looted. During WWII, Pskov was captured by the Germans once again - this time, many of the city’s buildings were destroyed. Only around 15 percent of buildings survived, with many monuments damaged. With the end of the war in 1945, Soviet authorities named the city among the 15 ancient Russian cities to be restored. 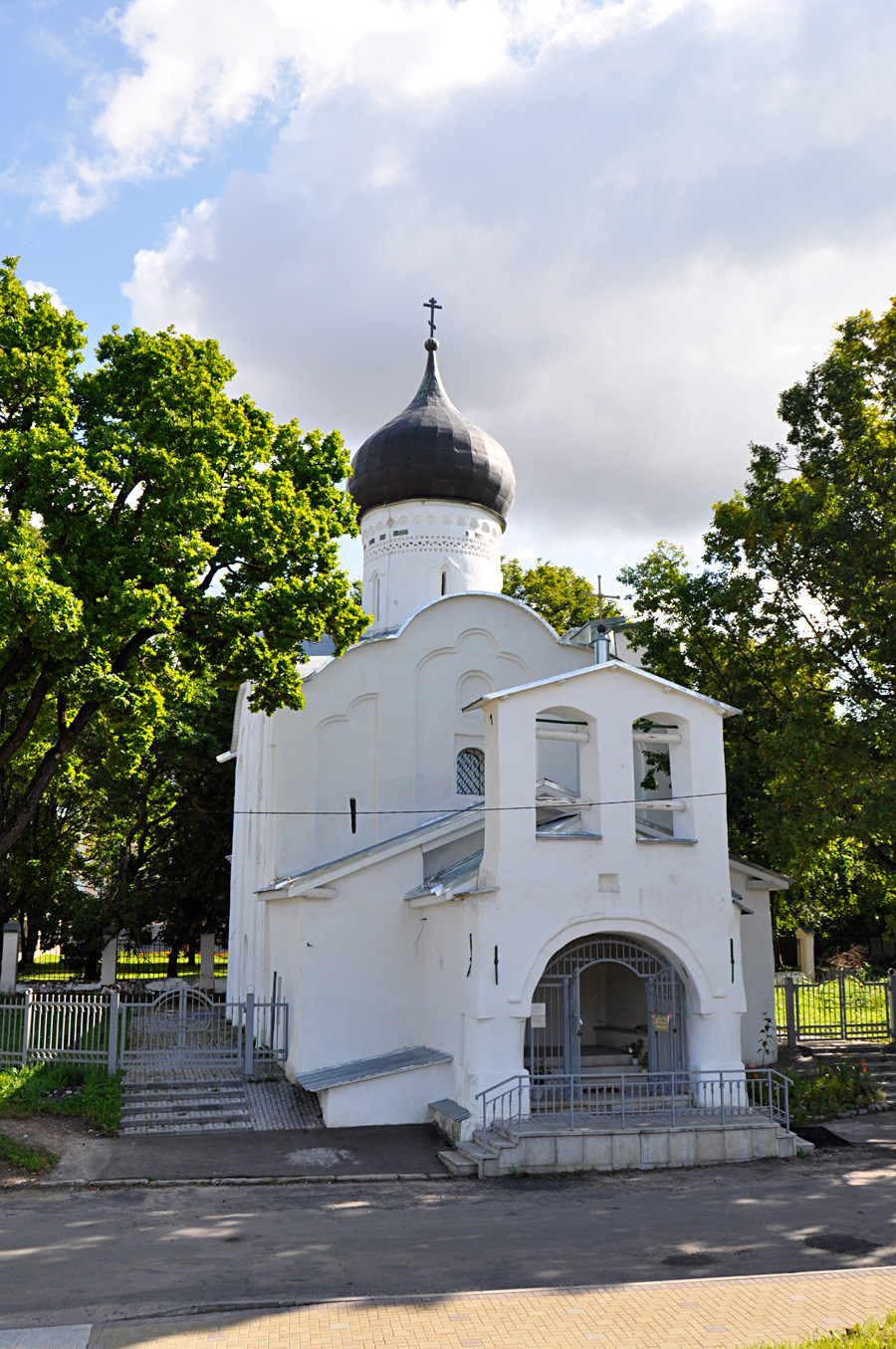 The Church Georgiya so Vzvoza (Church of St. George by the road leading up the bank), 1494 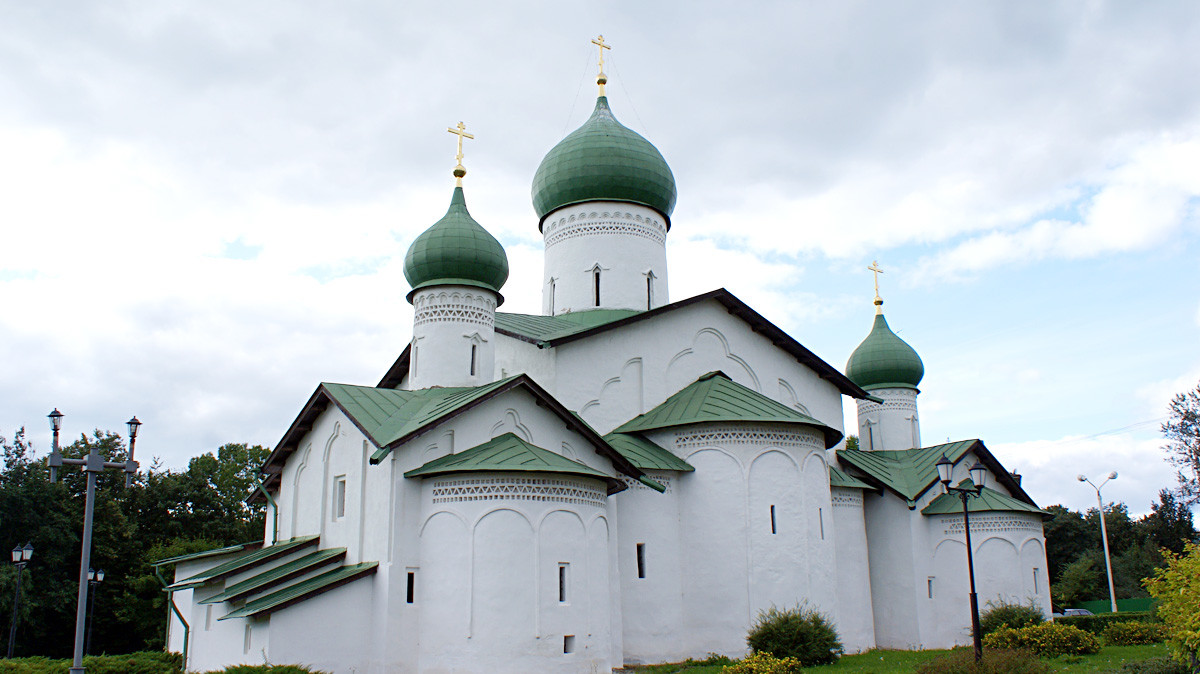 The Church of Theophany with a belfry, 1489

Authorities of the Pskov region hope that UNESCO’s decision will help increase the flow of foreign tourists visiting the region. “We worked hard for this,” says the governor of the region, Mikhail Vedernikov.“On the one hand, (the inclusion) means we’ll have a certain responsibility, because it will be harder to carry out renovation works of the buildings. But, on the other hand, this step means an acknowledgment of the unique value of our cultural and historic sites. Plus, it’s a good motivation for more tourists to come.” 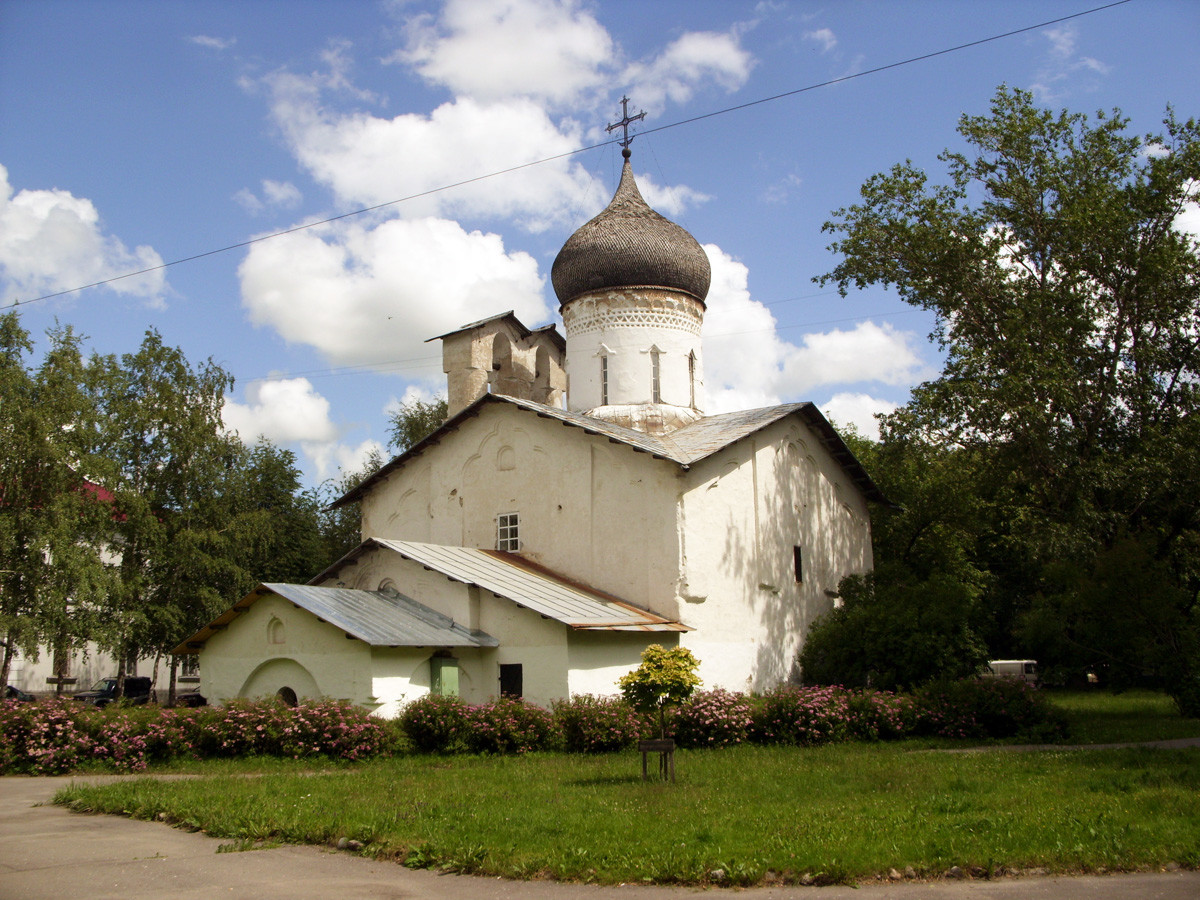 The Church of St.Nicholas so Usokhi, (from the dry place), 16th century 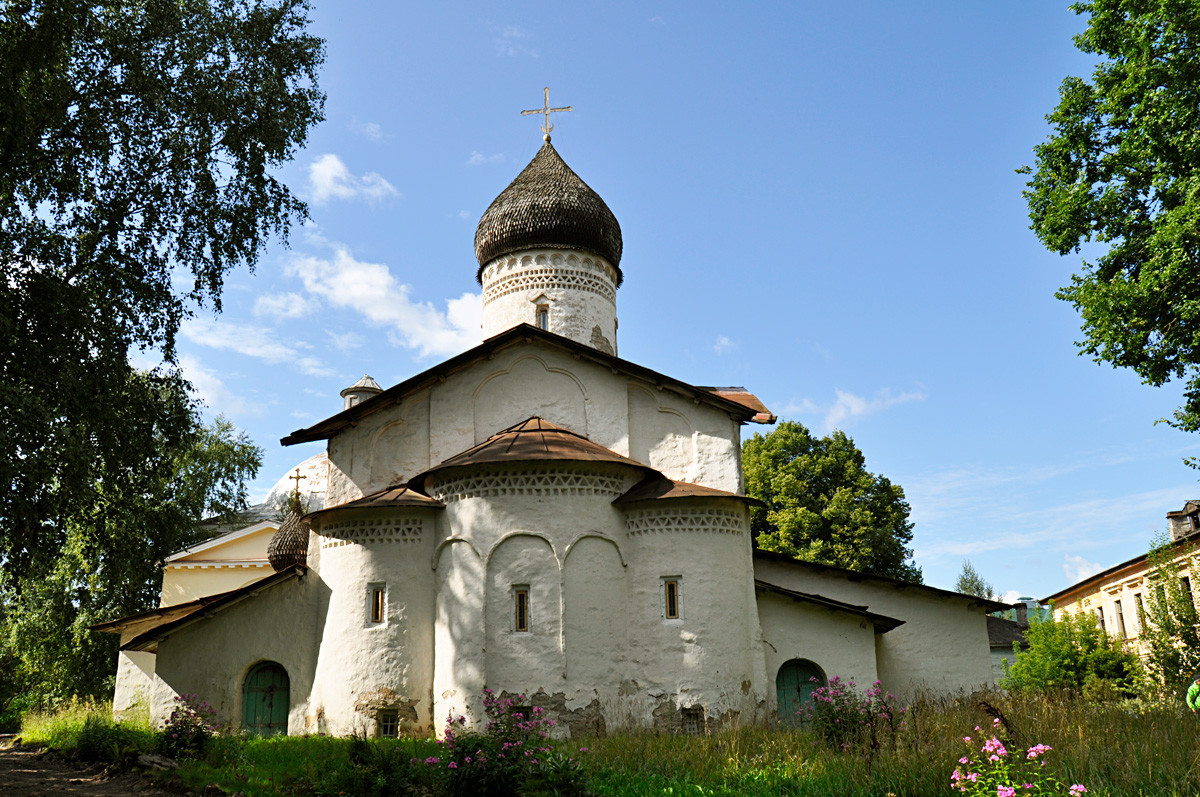 According to the governor, the “Churches of the Pskov School of Architecture” collection features 10 of Pskov’s ancient monuments. “We compiled the list very carefully, because it’s possible to make it two or three times longer. But the thing is, we won’t be able to restore the monuments that get protected by UNESCO independently: there is a complex procedure for arranging the works, which include significant limitations. So we nominated just these 10 buildings, as they’re in good condition,” he explained. 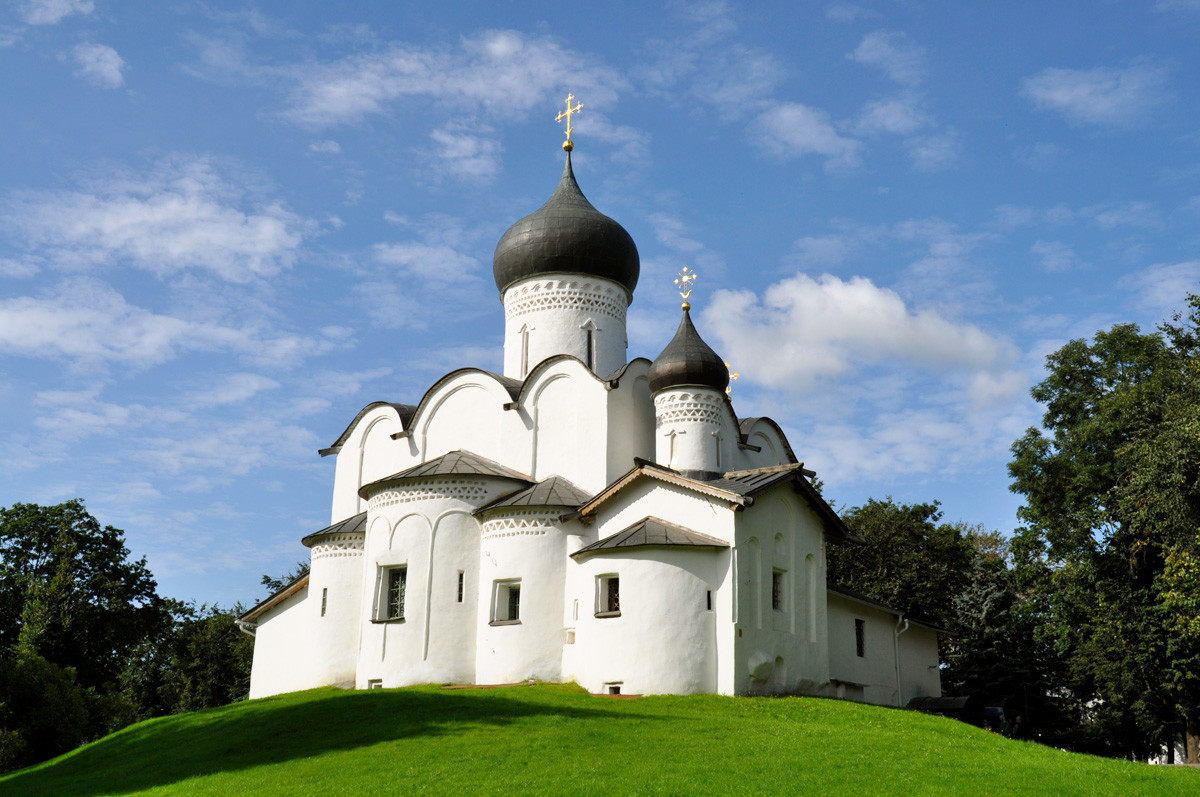 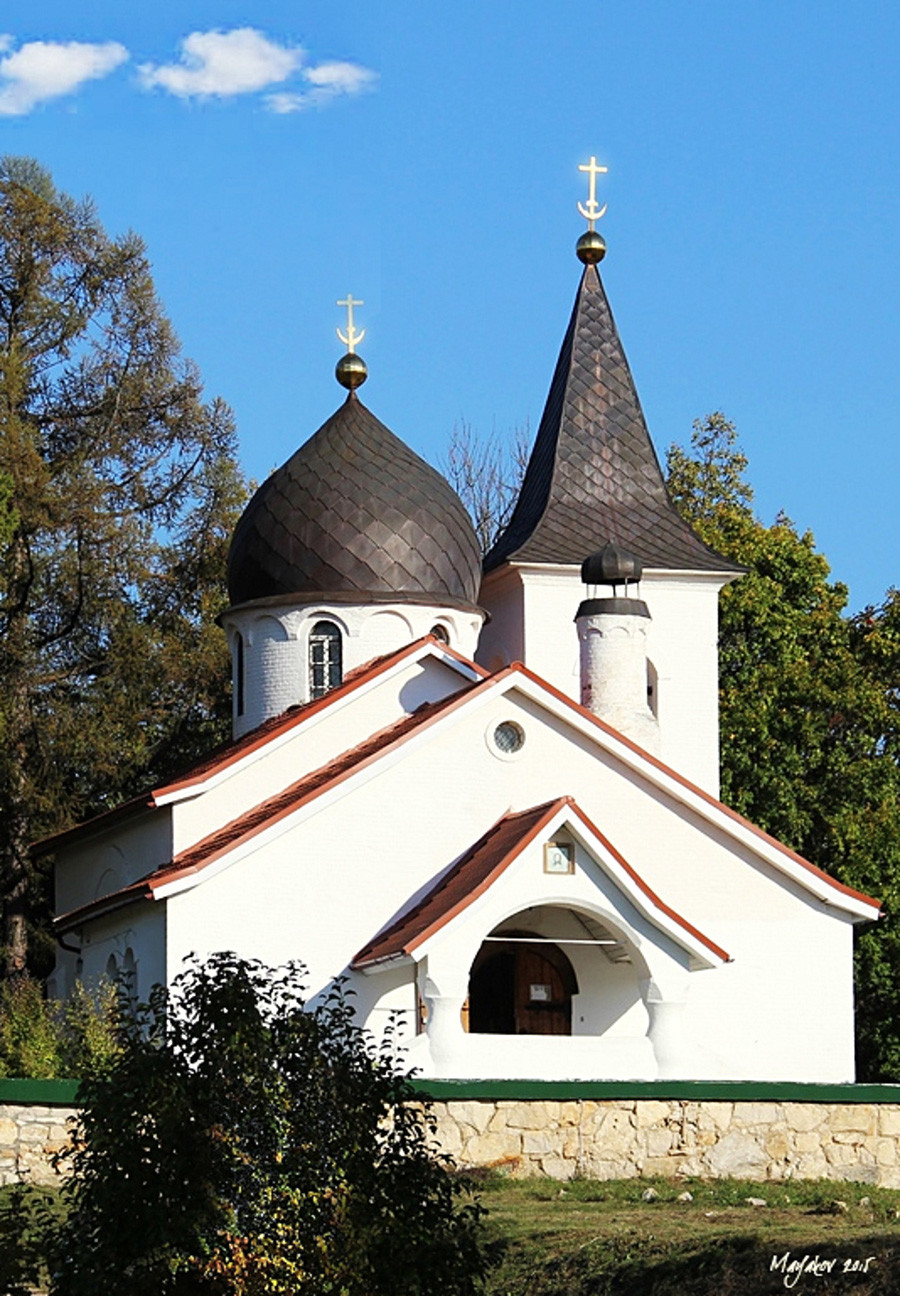 The “Churches of the Pskov School of Architecture” has become the 18th cultural site in Russia to be included in the UNESCO World Heritage List. Among them are such well-known monuments, such as the Kremlin and Red Square, the Kizhi Pogost, the White Monuments of Vladimir and Suzdal, as well as the Cultural and Historic Ensemble of the Solovetsky Islands.