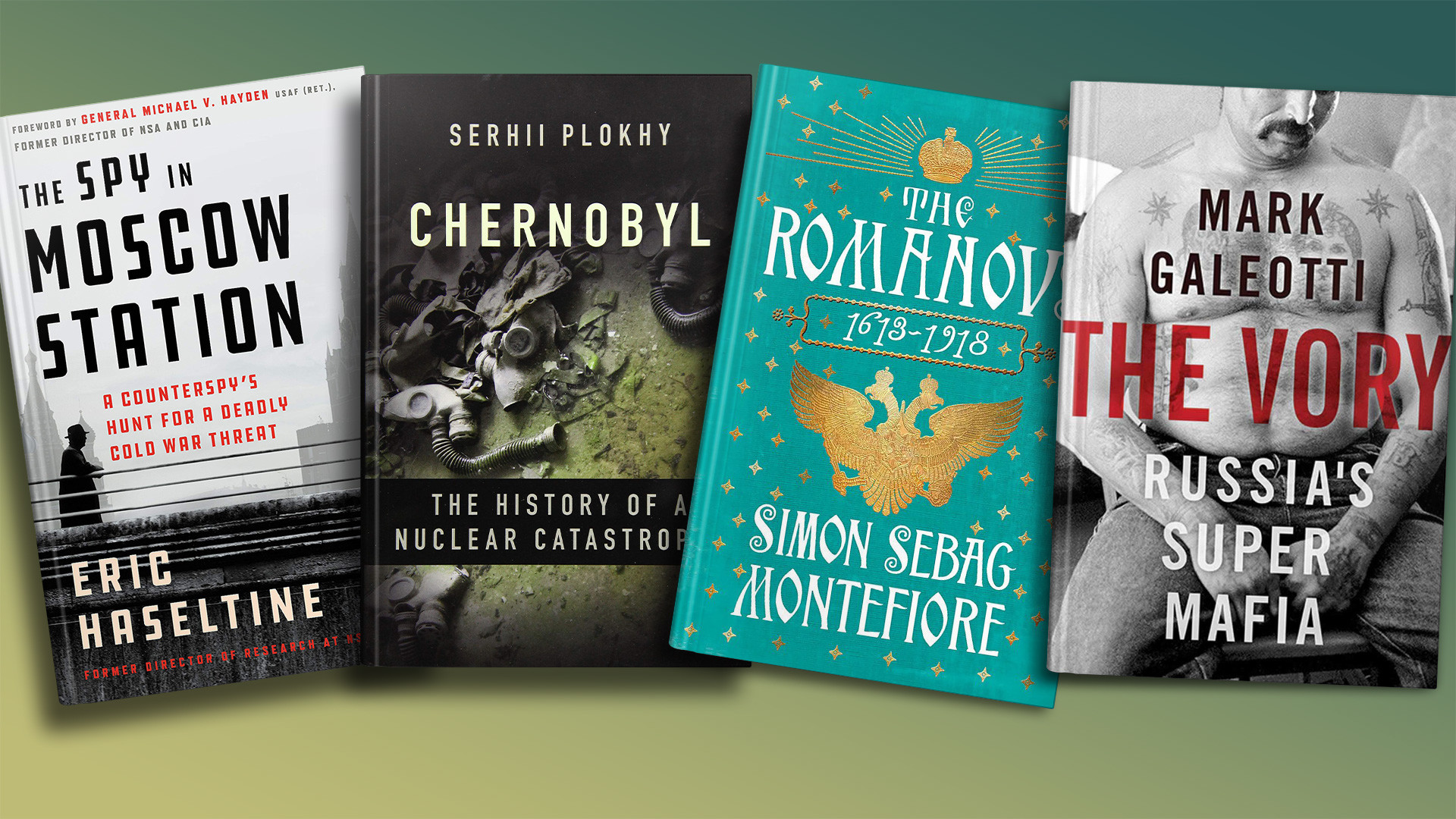 Basic Books, Thomas Dunne Books, Weidenfeld & Nicholson, Yale University Press
Writers from all over the world are interested in this vast and cold land, and they investigate all things Soviet and Russia from different angles. In some cases, it’s an extremely gripping reading.

If you were captivated by HBO’s Chernobyl series, then this book is a must-read. It’s a minute-by-minute reconstruction of what actually happened on the night of the world’s most destructive nuclear disaster.

Serhii Plokhy is a Ukrainian-American scholar, and wrote numerous historical non-fiction books including the award-wining The Last Empire, which is about the collapse of the USSR.

In 2017, the English-speaking world saw the long-awaited translation of Belorussian writer and Nobel Prize winner Alexievich's sketches about World War II. The book was originally written in 1985. She wrote down an oral history of women on the front lines, and this documentary book is a monument to their ‘unwomanly courage’. Prepare to be terrified by what these women had to overcome - and prepare to cry.

This book is described by critics as masterful. It’s about the first Soviet president who initiated Perestroika, glasnost and thanks to whom the Berlin wall fell.

The book was written after much research and several informal interviews that the author made with Gorbachev. The former leader was very sincere and openly talked about the hesitations he had. A previous book by Taubman was devoted to another Soviet leader - Nikita Khrushschev.

4. Eric Haseltine - The Spy in Moscow Station: A Counterspy's Hunt for a Deadly Cold War Threat

Often referred as a political detective story, this is a story of the Cold War 1970s and Soviet-American spy rivalry, intrigue, and traps but without the modern technologies.

“If you think ‘The Americans’ [a series about KGB sleeper agents] isn't riveting enough, then you'll love this toe-curling nonfiction thriller,” Amazon says in its intro.

5. Simon Morrison - Bolshoi Confidential: Secrets of the Russian Ballet from the Rule of the Tsars to Today

Vodka, Tolstoy and ballet are three main stereotypical symbols of Russia. Simon Morrison decided to unveil all the mysteries behind the curtains of Russia’s main ballet stage- the Bolshoi Theater.

Sex scandals, suicides, and intrigues... fans of the movie Black Swan will be pleased to read these intriguing facts (and rumors).

This is a best selling saga of Russia’s Imperial-era ruling dynasty from its beginning in 1613 and up to its fall in 1917. The author pays special attention to intimate issues and believes that behind every political decision is a very personal moment.

While it’s an interesting read, we don’t advise treating it as a historical textbook. Montefior was filmed as one of experts in Netflix’s Last Tsar series, which was heavily criticized for dozens of factual mistakes.(Alongside with this book, Montefiore has written numerous books about different episodes in Russian history, including a story about the young Stalin, and the love affair of Catherine the Great and Potemkin).

7. Petra Couvée and Peter Finn - The Zhivago Affair: The Kremlin, the CIA, and the Battle Over a Forbidden Book

Journalists and scholars Petra Couvée and Peter Finn spent many years uncovering the startling truth about the CIA's involvement in the first Russian-language publication in the West of Boris Pasternak’s novel, Doctor Zhivago.

8. Julian Barnes - The Noise of Time

While it’s not pure non-fiction, we just couldn't ignore this amazing book. This biography of Soviet composer Dmitry Shosktakovich was written by the brilliant British novelist, Julian Barnes. Actually, the author bases his work on the book by Solomon Volkov, "Dialogues with Shostakovich." So, the book is inspired by facts, but with a little of the author's fantasy about how his character might have felt. This book will give you a terrifying and full picture about how it was for people in 1936 to wait each day and night in fear of being taken by the police and sent to prison.

The author was lucky enough to see the first day of the new Russia after the collapse of the USSR in 1991. He was working in Moscow in the early 1990s and took pictures of the streets and people, and witnessed those incredible changes firsthand. This photo album, with the author’s comments and stories, will give you a great understanding and feeling about that turbulent time. (Watch some photos from the album here.)

Vory is a transliteration from the Russian word воры, which means ‘thieves’, and it’s one of the rare books about Russia that was translated into Russian. British scholar Mark Galeotti spent years studying the Russian security services and Vladimir Putin.

This book explores the history of the Russian mafia from the early 20th century and up to the wild 1990s, and he writes that all current officials are also thieves. (Reading this book, keep in mind that Galleoti is a harsh critic of Russian state).

By the way, Galeotti’s next book is We Need to Talk About Putin, where he speaks out about “Why the West gets him wrong, and how to get him right”.