How did the Bolshoi (literally ‘Big’) Theatre get its name? 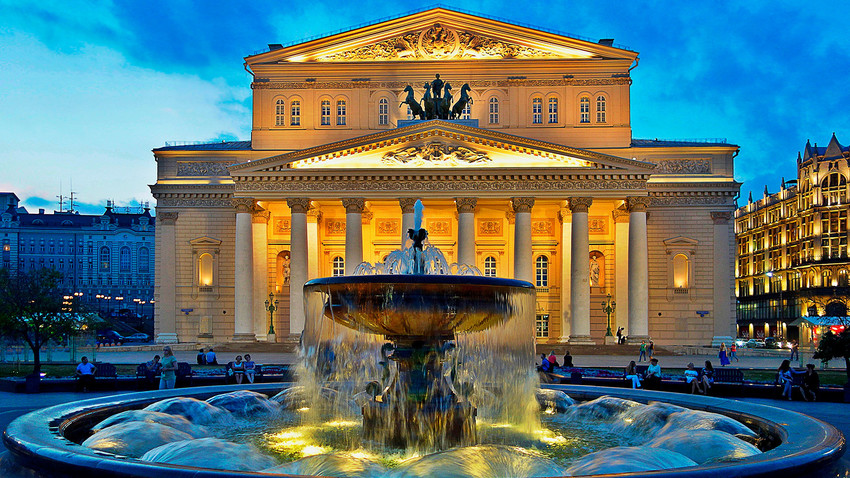 Getty Images
Yes, it’s a theatre. Yes, it is quite big. But actually, it is a bit more complicated than that.

There are few places in Russia’s capital that are as symbolic, as imperial and as deeply associated with Moscow’s history and spirit as the Bolshoi Theatre. It goes like this: the Kremlin, Red Square and the Bolshoi. Nothing else compares.

The Bolshoi, with its well-known operas and ballets, is Russia’s La Scala, Covent Garden and Opéra Garnier, so it is hardly a wonder why it is named “the Big Theatre” in Russian. But still, there are some historical peculiarities about this naming.

A theatre that burned a lot 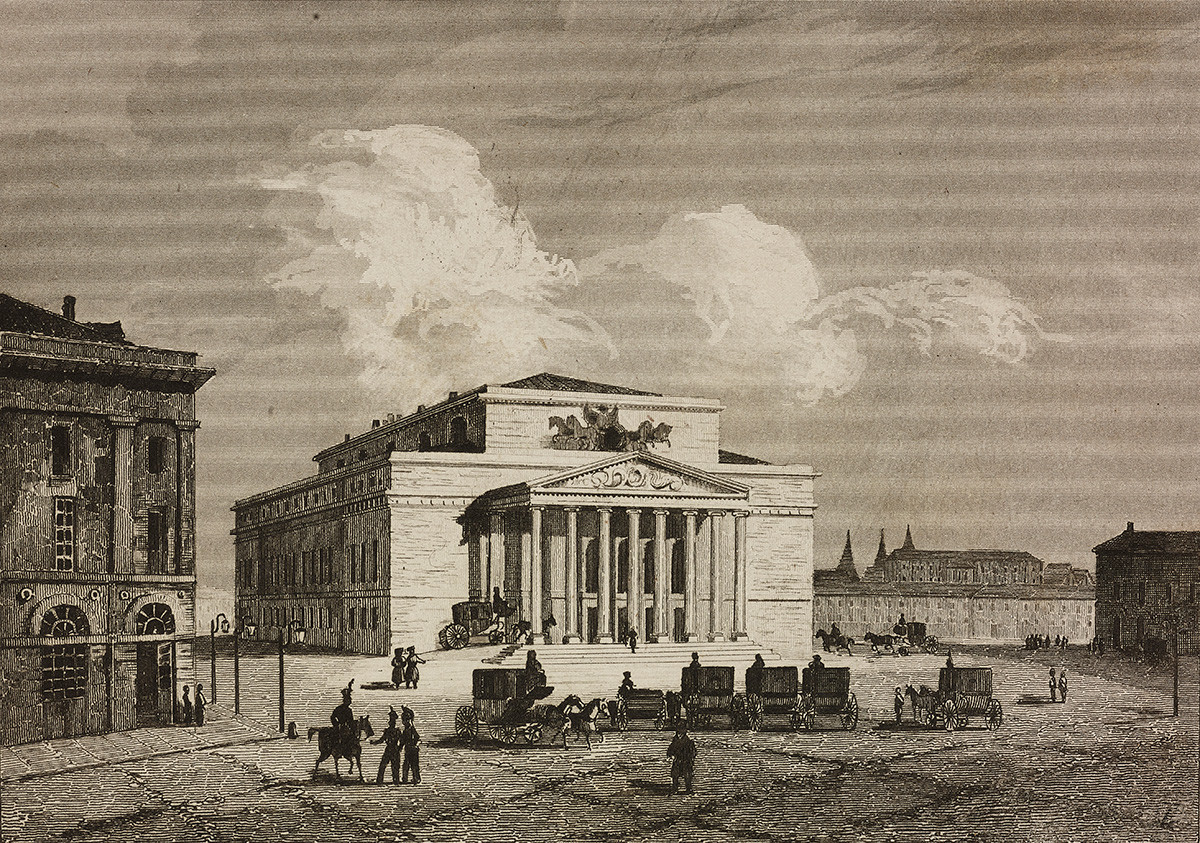 When one looks at Bolshoi’s impressive building with its columns and iconic chariot on the roof, it’s easy to imagine it coming straight from a bygone, ancient era  – when in fact, there is a troubled history of destruction and rebuilding behind the look. The place burned down four times!

The first fire happened even before the theatre opened its doors, just months after Empress Catherine the Great entrusted Prince Petr Urusov with establishing the theatre in 1776 – that’s the official date of Bolshoi’s founding. Later, Urusov went bankrupt and had to pass the theatre on to his companion, Michael Maddox, who, in his turn, handed it over to the state.

Back then, it wasn’t called the Bolshoi, but the Petrovka Theatre (as it stood on Petrovka Street), and until 1824 was considered a part of Moscow’s Imperial Theatres together with what would later become the Maly Theatre, literally ‘Small Theatre’.

The Bolshoi burned every several decades since the first incident: in 1805, 1812 (along with all of Moscow) and 1856. After that, the building got its modern revamping, and the fires stopped.

As for the name, it was officially called the Bolshoi Theatre after its grand opening in 1825, to separate it from the Maly Theatre right next door in the center of Moscow (the Maly is indeed far smaller, and stages plays, while the Bolshoi devoted itself to operas and ballets). Since 1919, the Bolsheviks renamed it The State Academic Bolshoi Theatre – Vladimir Lenin mulled banning it altogether as a citadel of old-regime art, but, fortunately, changed his mind.

A universe of a theatre 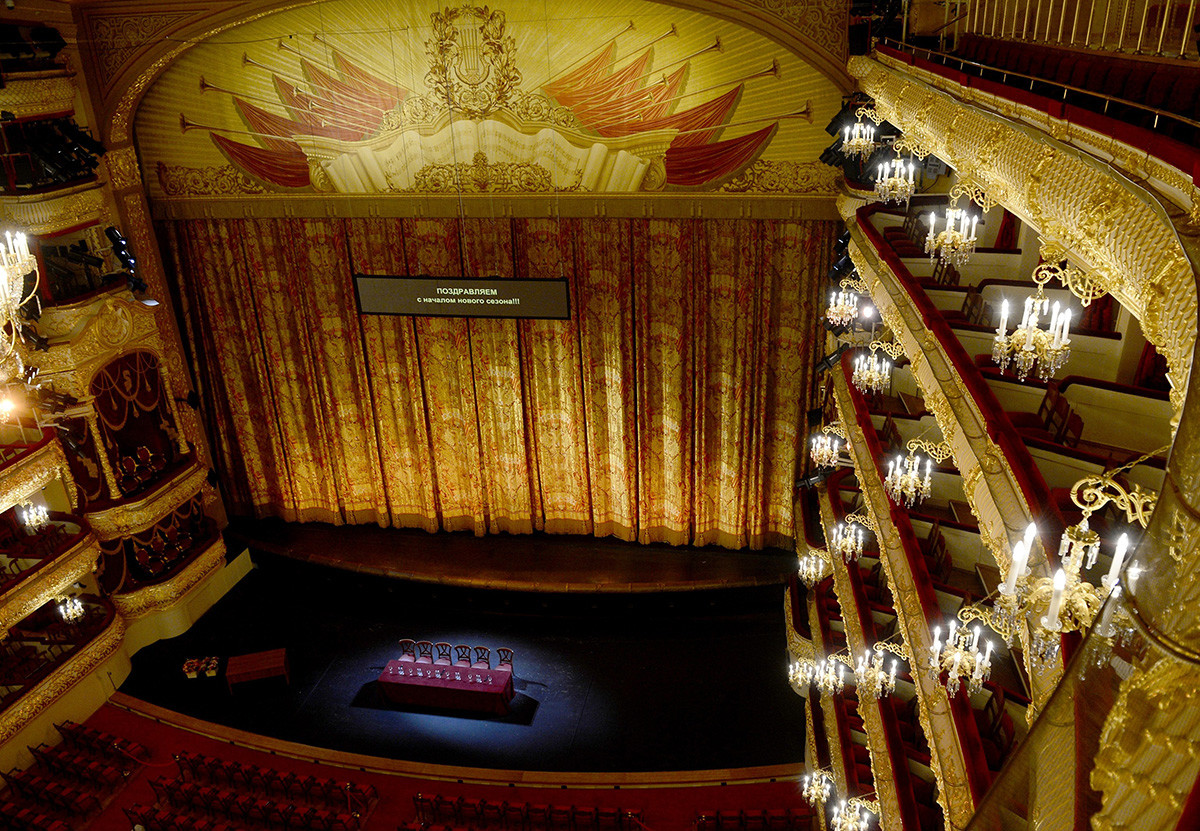 The Bolshoi is actually much larger than even the eye can tell at first glance. David Leigh, an opera singer who performed there several times, explains on Quora: “In order to really understand this, you’d have to go backstage. The theater has two public auditoriums, 3 restaurants, an indoor courtyard with a fountain, several hundred coaching rooms, four costume shops, dozens of huge rehearsal rooms, a private, indoor theater the exact dimensions of the main stage, complete with orchestra pit (this is insane…), and an entire hospital for dancers and musicians.”

Though Leigh has  experience of singing at the Met, the Lincoln Center and other great operas of the world, he admits: “No opera house in the world has ever made me feel as dwarfed as the Bolshoi did.”