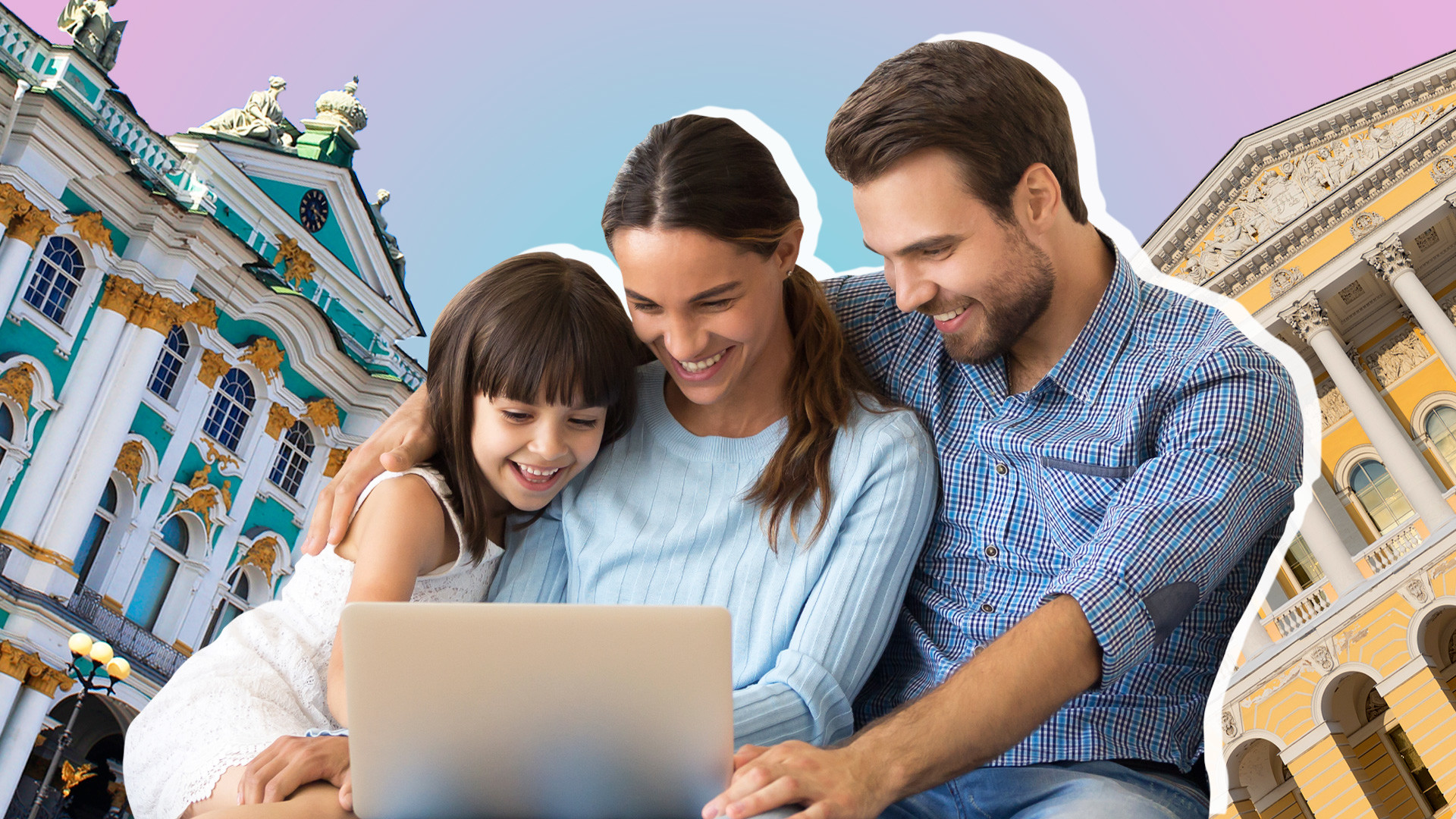 Getty Images, Legion Media
There is no need to fly to Moscow or St. Petersburg to visit these museums. Their collections are digitized and available online - for free! 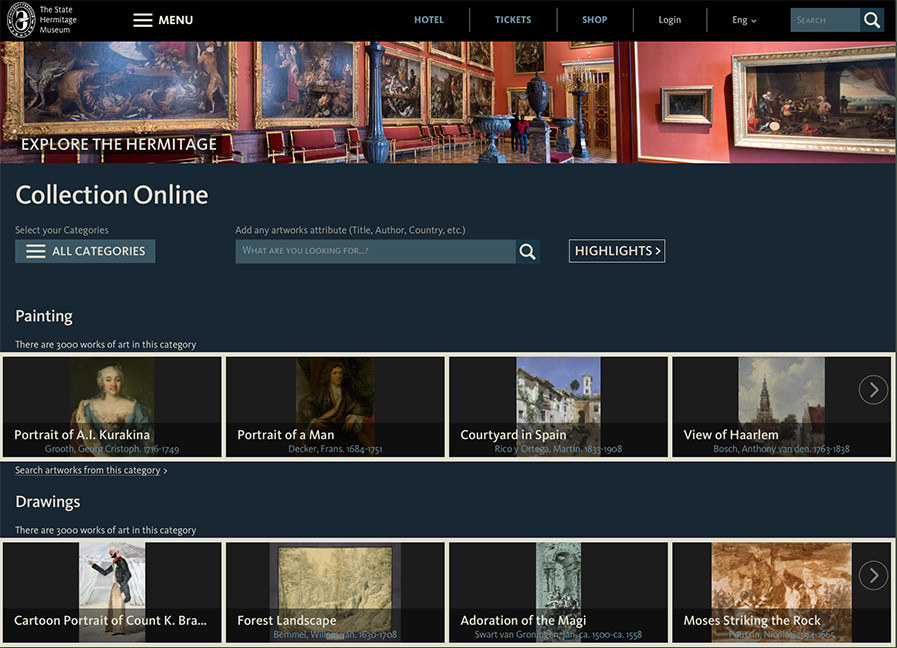 One of the biggest and most famous museums in the world is impossible to tackle in one visit, even if you spend the whole day there. So, instead of trying to, take a “walk” down its seemingly endless halls step by step with the Google Art project guide or check out the Hermitage website where a digital archive has been uploaded with very convenient navigation through the genres and titles.

In the ‘Highlights’ section, you will find all the most important and rare items that you should know about the Hermitage collection: paintings of famous Russian and foreign artists, the Faberge eggs, select sculptures and jewelry. 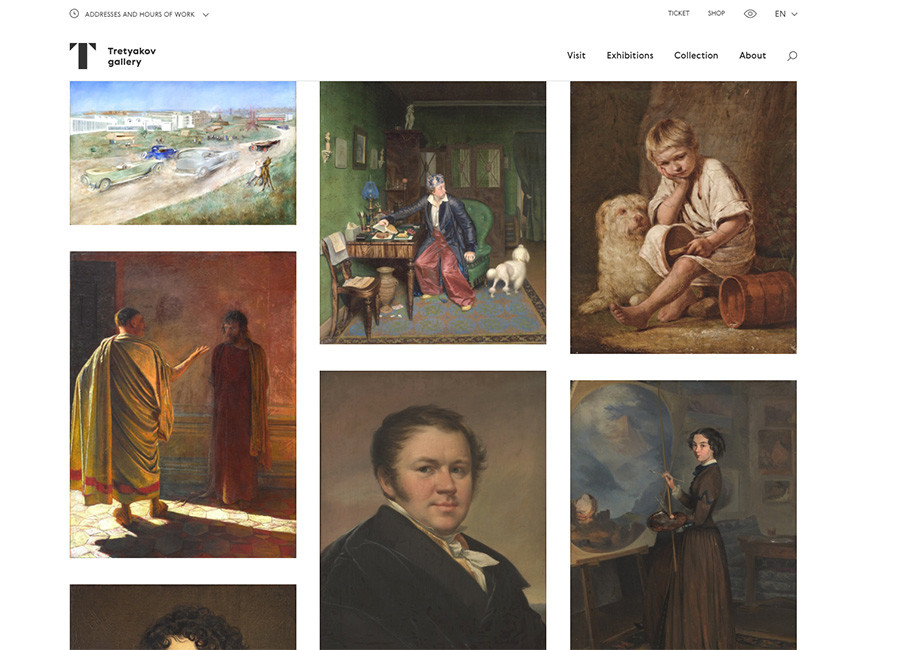 Another very important Russian museum that you should visit before you die - at least online. It is home to some of the most famous paintings by Russia’s most famous artists; essentially, Russia’s main national fine art treasure is held here.

So take a stroll with Google in 3D or hang out on their official website, which has roughly 180 thousand of the gallery’s collection digitally stored. By the way, the website comes in 12 foreign languages, while the online gallery in Russian and English. 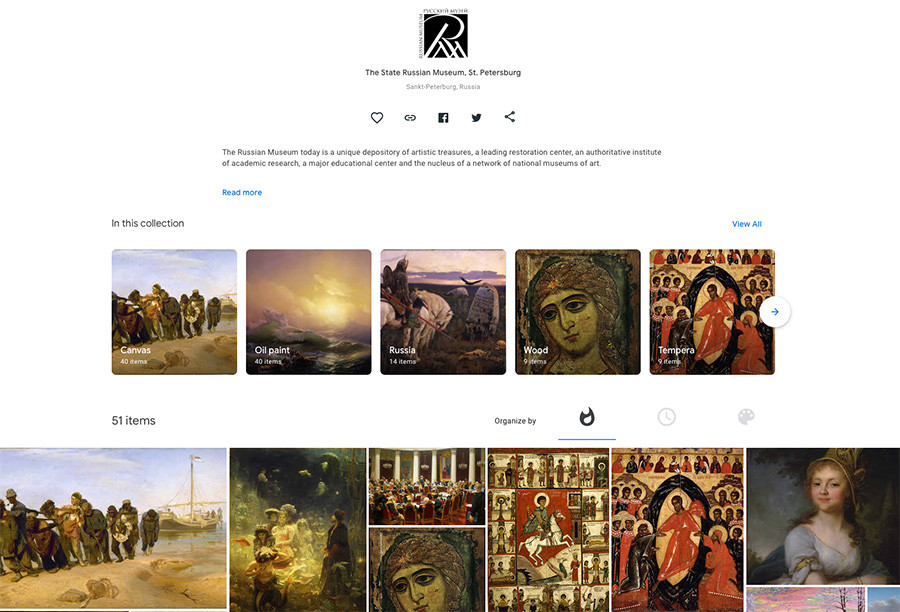 Another preserve of Russia’s national treasures is spread across several buildings in St. Petersburg, but its online version allows you to overview the highlights and main treasures, without walking those long distances. And they are categorized by the historical periods and types of arts.

At the same time, the Google Art Project guide provides a 3D tour within the walls of the main building of the Russian museum - Mikhailovsky Palace. 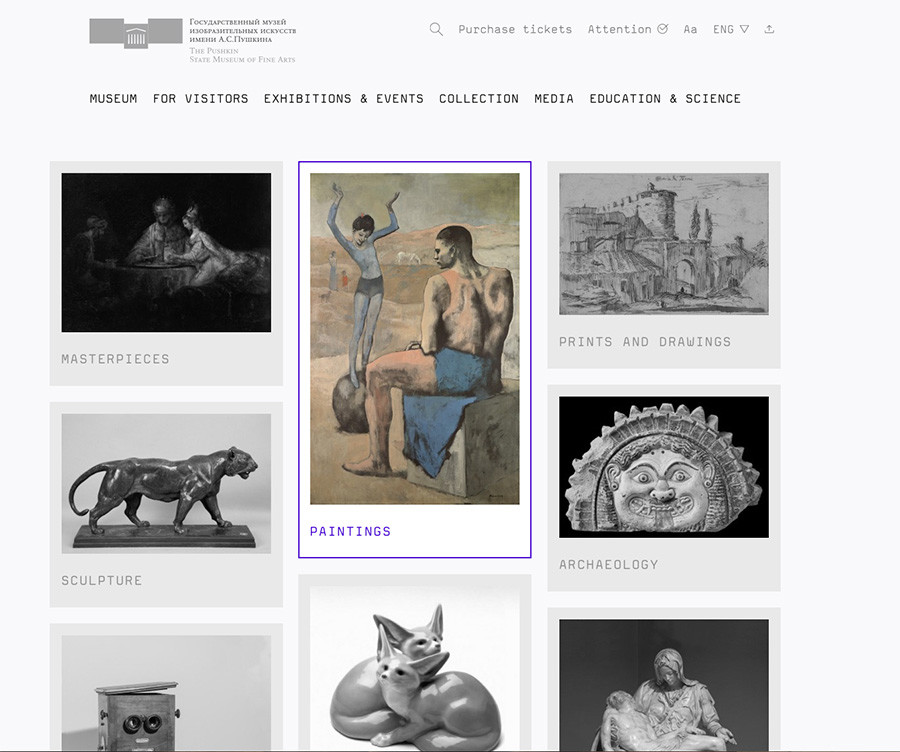 From Sumer civilization artifacts to ancient Egypt and Greek sculptures and architecture, this museum was opened during the time of Nicholas II, Russia’s last tsar and was the first one of its kind in Russia. It has the biggest collection of perfectly made copies, which have given and still give Russians a great chance to see what the world’s most important treasures look like.

You can both take a stroll down the museum’s halls with the Google Art Project guide, or take a nice and interactive virtual tour on their website (available in a range of languages). 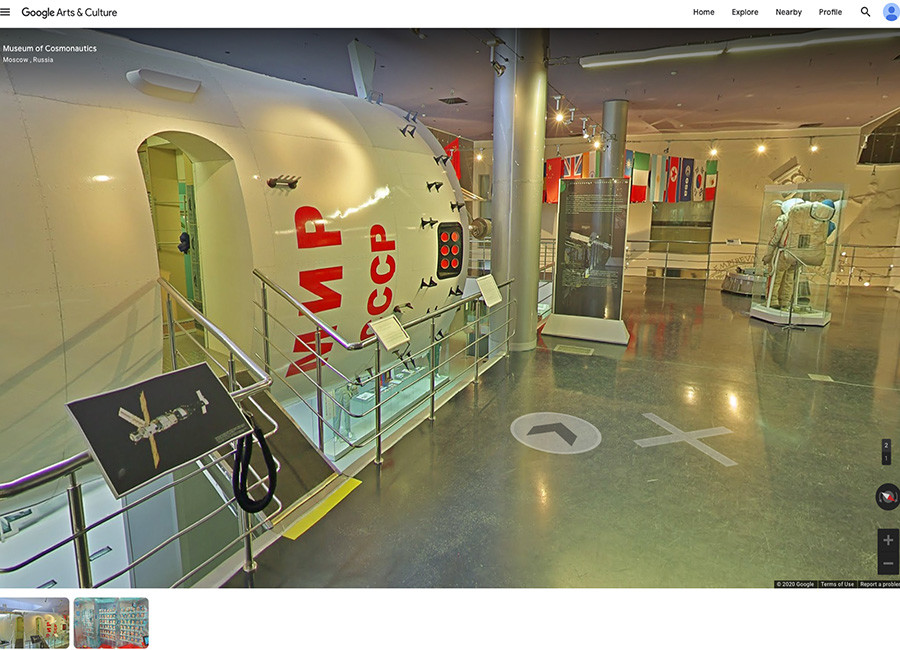 Stepping inside the MIR space station, taking a look at the space suits of the various cosmonautic legends and exploring space in many different ways - all of this “edutainment” is possible with the Google Art Project guide.

The museum also has a large collection of not only cosmonauts’ and astronauts’ photos and portraits, but also some of their real life personal belongings. 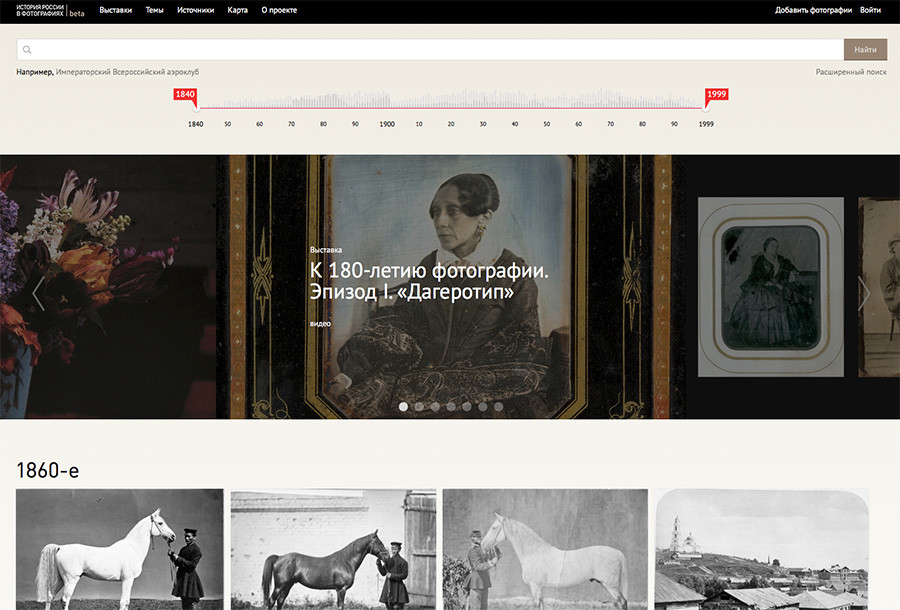 The museum has launched a large scale online project called Russia in Photos, into which it has uploaded more than 100 thousand photos from its archive. Users have supported the initiative and now keep uploading photos from their private collections.

The website has a nice timeline options, where you can choose the specific year and see an overview of the photos from that particular time period. The main problem is that the website has no English version, so far. 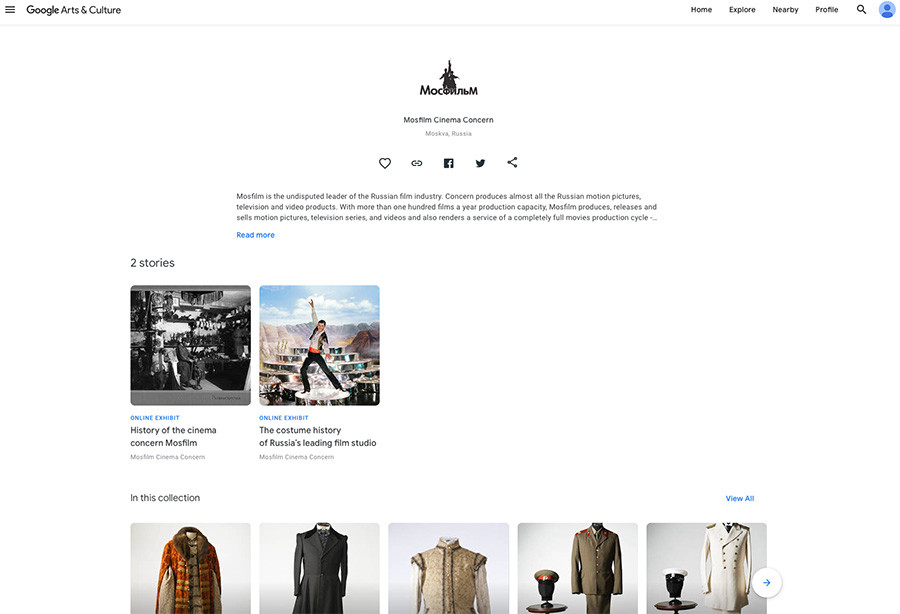 For cinema buffs it should be extremely interesting to walk around with the Google Art Project guide and stumble onto one of the biggest collections of Soviet film posters, costumes, decorations and famous items that were involved in a filming process. The museum of Russia’s most famous film studio even has a collection of cars that have been used in the more iconic movies.

While the studio’s official website lets you walk around the movie studio’s territory, which almost looks like a Russian Universal Studios theme park, complete with  props and sets from all kinds of movies, as well as themed pavilions, that can transform into anything upon the director's imagination!