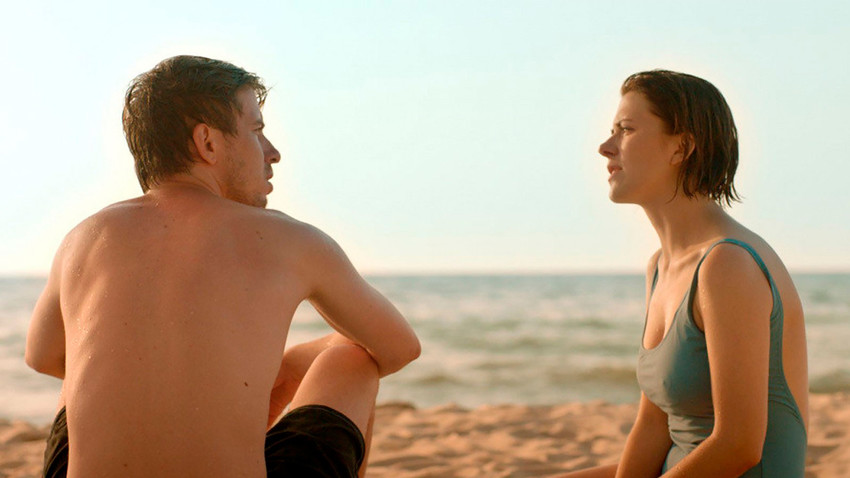 Nigina Sayfullaeva / Premier Studios, 2019
Tired of mushy rose-colored romcoms where everything is so perfect it sucks? To make you feel better, we compiled an alternative list — about betrayal, unsuccessful marriage, and heartless breakups (worse than by SMS). If you're alone this St Valentine's Day, there’s something here for you.

In a nutshell: A realistic melodrama about a young married couple whose love dies as easily as it sparked. The film paints an all-too-true portrait of the millennial generation.

She's a web designer at a hipster agency who likes wearing bright outfits, watching arthouse movies, nightclubbing with friends, and waxing philosophical over a glass (or several) of wine. He's a taxi driver, wears cheap boring clothes, thinks arthouse is a yawnfest, and prefers playing video games and downing vodka with beer. They're both about 25, and somehow ended up together... The viewer witnesses the slow death of their marriage, detailing every stage of alienation. The story is true-to-life: a couple gets married young, then realize they're incompatible. One wants personal development, the other just to be loved.

In a nutshell: A drama about the life and love of a pair of medical workers drowning in routine. It’s about relationships that “don’t go anywhere” and unbearable pain.

Ambulance medic Oleg lives in a bedsitter with his wife Katya. She's also a doctor, in an emergency room. They met at medical school. One day, during a family celebration, Oleg receives an SMS from Katya sitting next to him: “We need to get a divorce.” This two-in-one film is at once a complex portrait of two close people and a biting social drama about the Russian healthcare system. Khlebnikov’s picture, widely proclaimed as one of the best in 2017, won the Grand Prize at Kinotavr, Russia’s main festival of auteur cinema.

In a nutshell: In the director’s words, this is a story about love and soul-corroding betrayal.

She’s a doctor, he’s her patient. Hooking him up to an ECG machine, she calmly tells the stranger: “My husband is having an affair with your wife.” The film unfolds as if under a magnifying glass, taking the viewer through a gamut of human emotions all provoked by the infidelity of a loved one. Serebrennikov is first and foremost an outstanding theater director, and this film breathes theater — from the scenery and staging to the acting itself. So don't expect too much realism from him. But in terms of artistic imagery, it’s a great movie. Ideal for celebrating St Valentine's Day by yourself.

In a nutshell: This classic melodrama tells the sad story of a devoutly loving, but excessively loyal Russian beauty at the turn of the 19th century. It is loosely based on Alexander Ostrovsky’s play Without a Dowry.

An impoverished noblewoman tries to marry off her daughters, arranging countless receptions at the family home. Two promising suitors take an interest in her youngest, Larisa, and the girl makes her choice, which turns out to be a mistake. A Cruel Romance was a huge hit in the Soviet Union, and remains extremely popular to this day. In terms of plot and passion, this multi-part film is vaguely reminiscent of Santa Barbara (very popular in Russia in the 1990s), but without the permatans, bleached teeth, and happy endings.