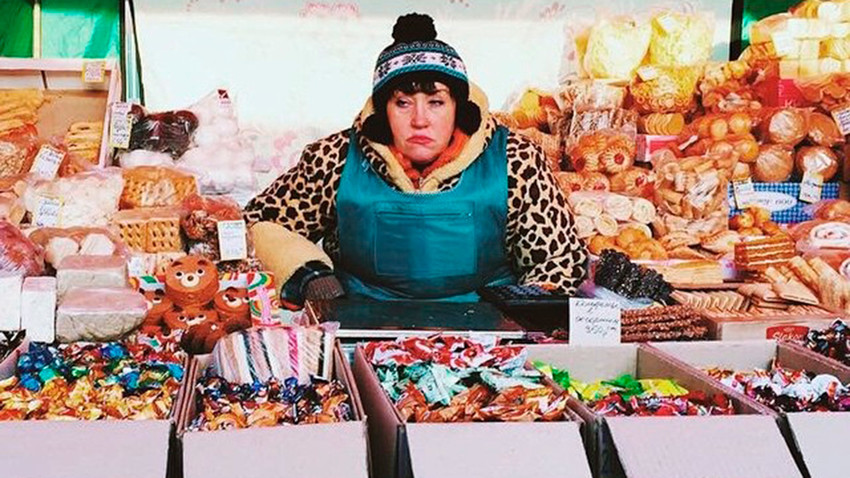 sadrussia
These photographers and designers are all about blending the depressing with the ironic - an often uniquely Russian trait. If you desire to really get to the bottom of what our country is culturally, this is a great place to start your visual journey!

“How to smile in sad Russia” - such is the short description for the Sadrussia Instagram account: gateways, garage boxes, shabby building entrances, limbless storefront dummies, rusted yachts, and of course, meat patties in a frying pan. Could anyone be inspired by such expressions of random ‘beauty’? Depends on how you look… 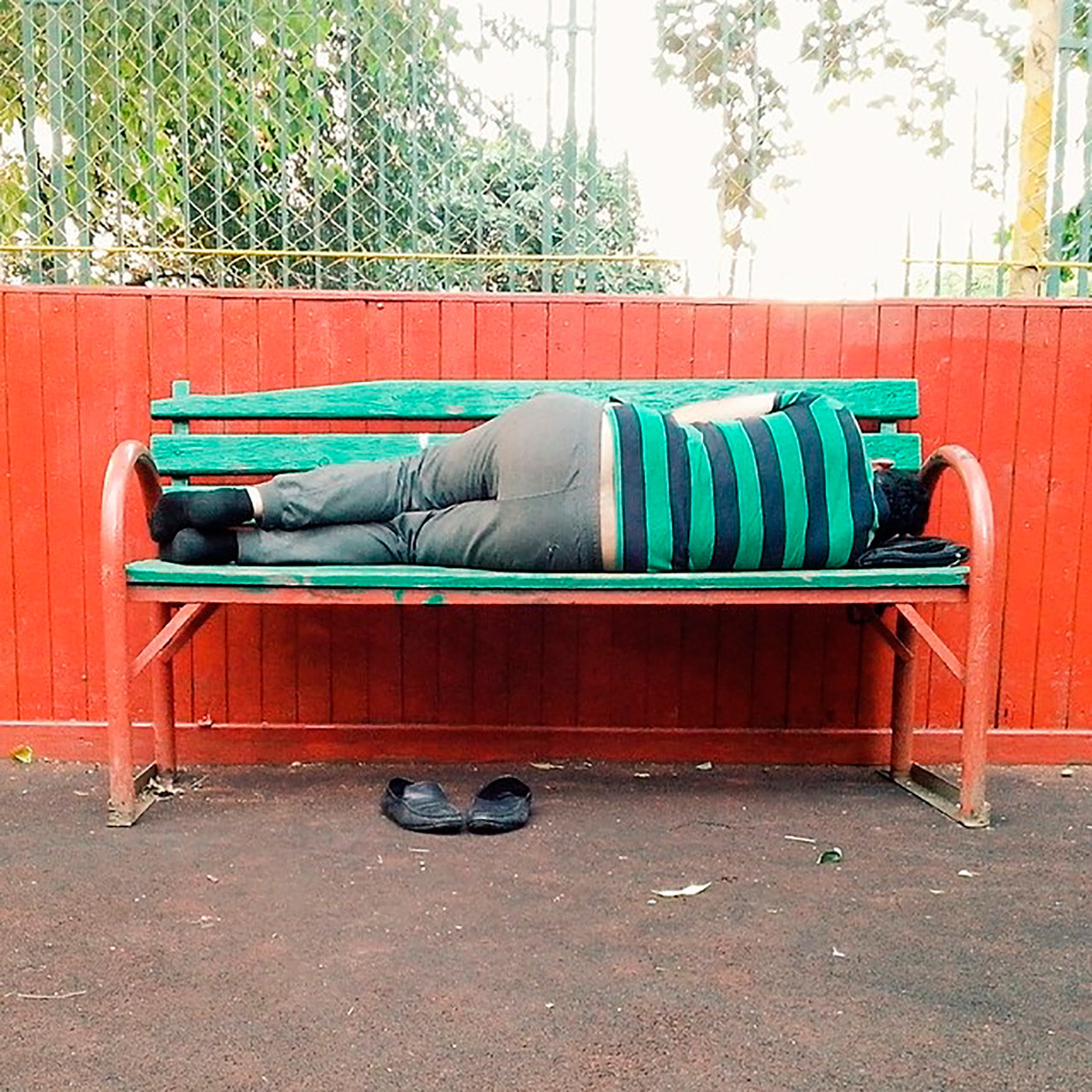 “We inject beauty into the more sad parts of the Russian experience”, IP Mazurov (name changed at the person’s request) - one of the account’s co-creators, told Russia Beyond. 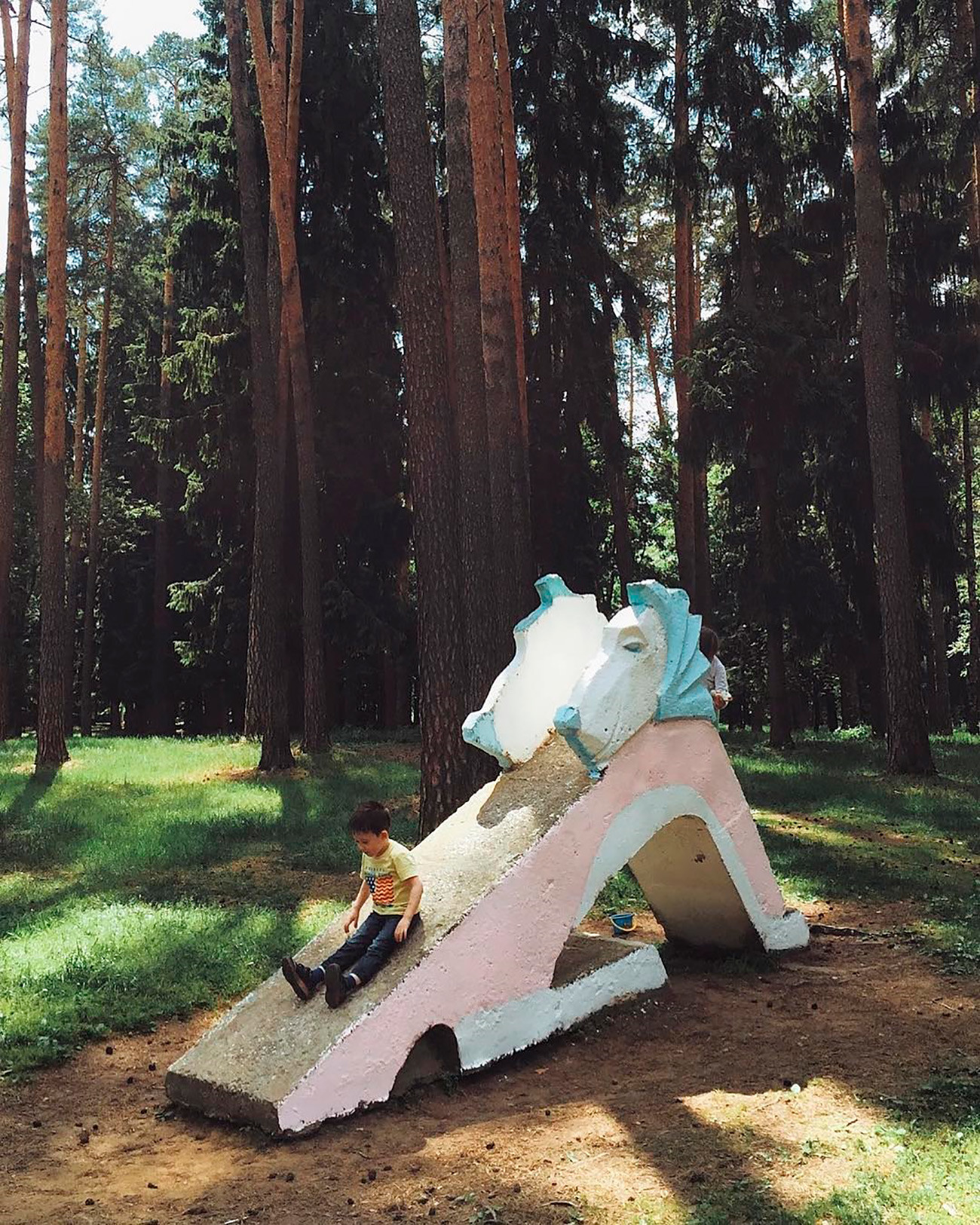 In response to the question about why sadness seems to feature so centrally in his images, Mazurov replied: “Sadness is one of the base emotions inherent to Russia, it lies at the surface. However, at its core, in actuality, there is a wealth of self-irony, and consequently - oodles of happiness.” 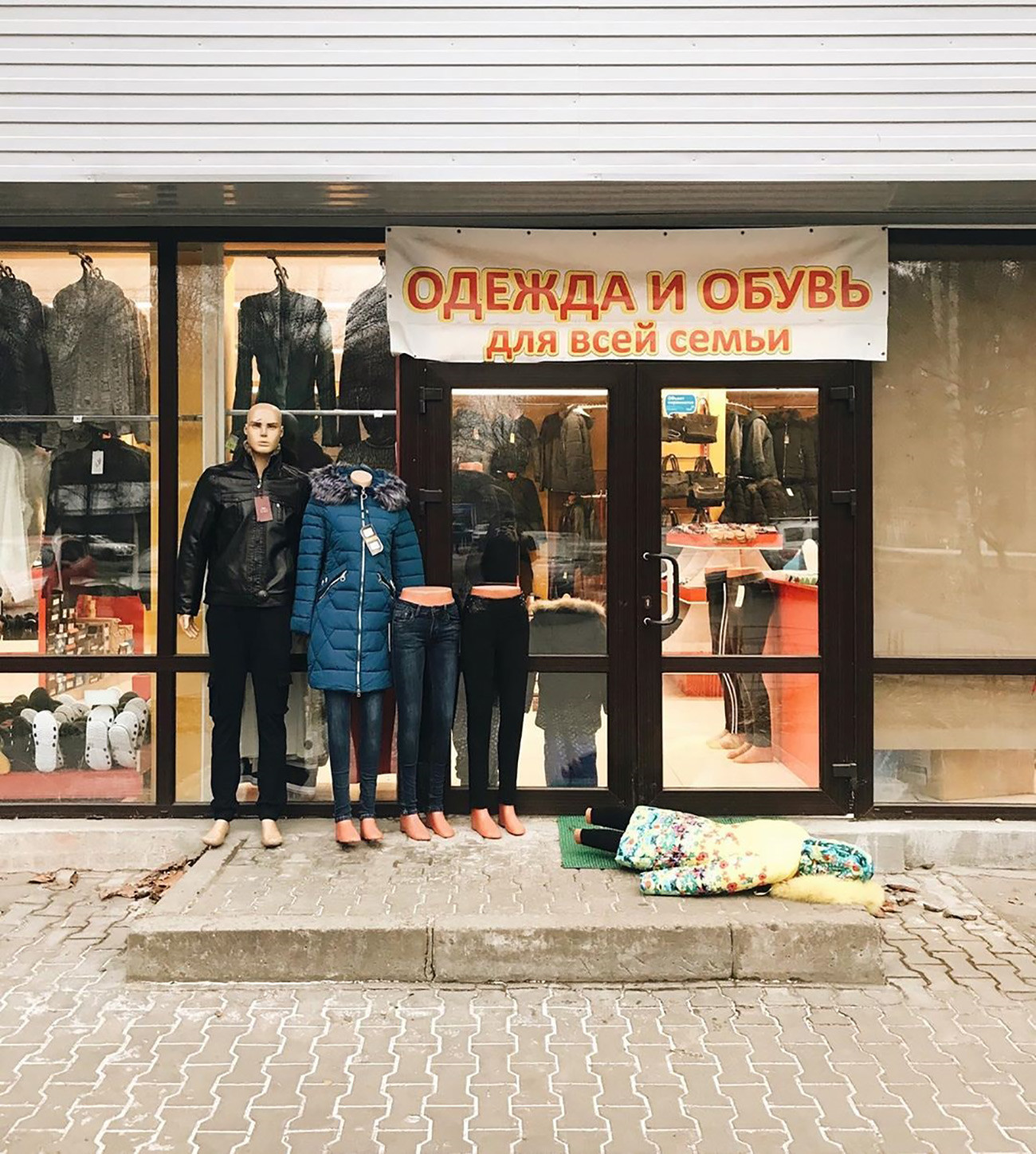 The sign for the store reads “Clothes and footwear for the entire family.”

“It all began six year ago. It was a dreary winter, full of black ice on the roads - a sight that practically begged to be used as inspiration for a photo project on Russian sadness. And so it transpired that a group of us little by little began to take these shots, separately at first. Then we began showing each other our works, and having a blast about it. And that’s how Sadrussia was conceived.” 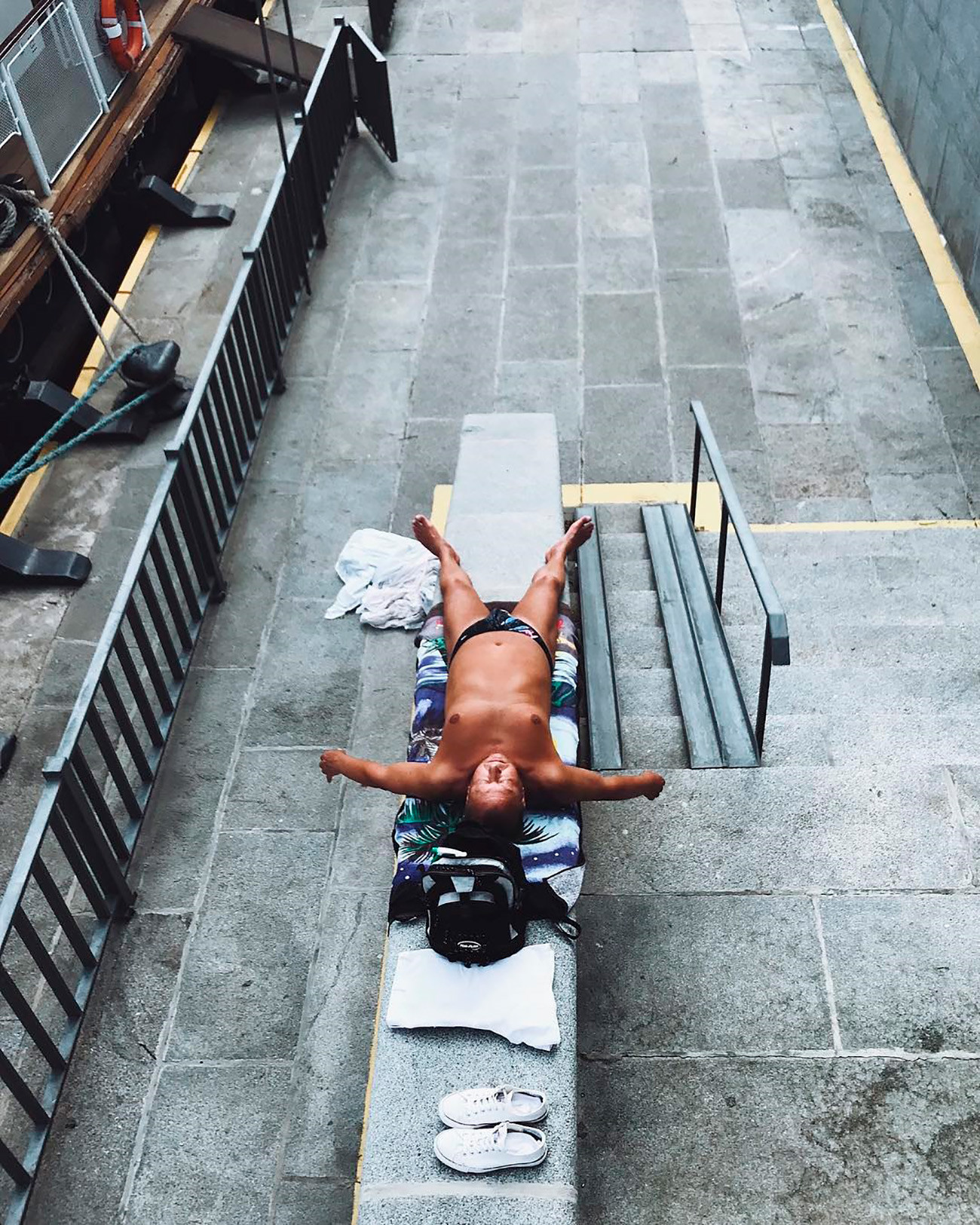 Four more people are on the project besides Mazurov, all of them going by their own handles: Viktor Nuar, Doktor Patrik and Artur Proval. “We’re all around 30, two designers, a motion designer and a photographer. Three of us are from Korolyov, and one from Rostov. But we all live in Moscow and St. Petersburg these days - our Russia travels are mainly dictated by work and family commitments.” 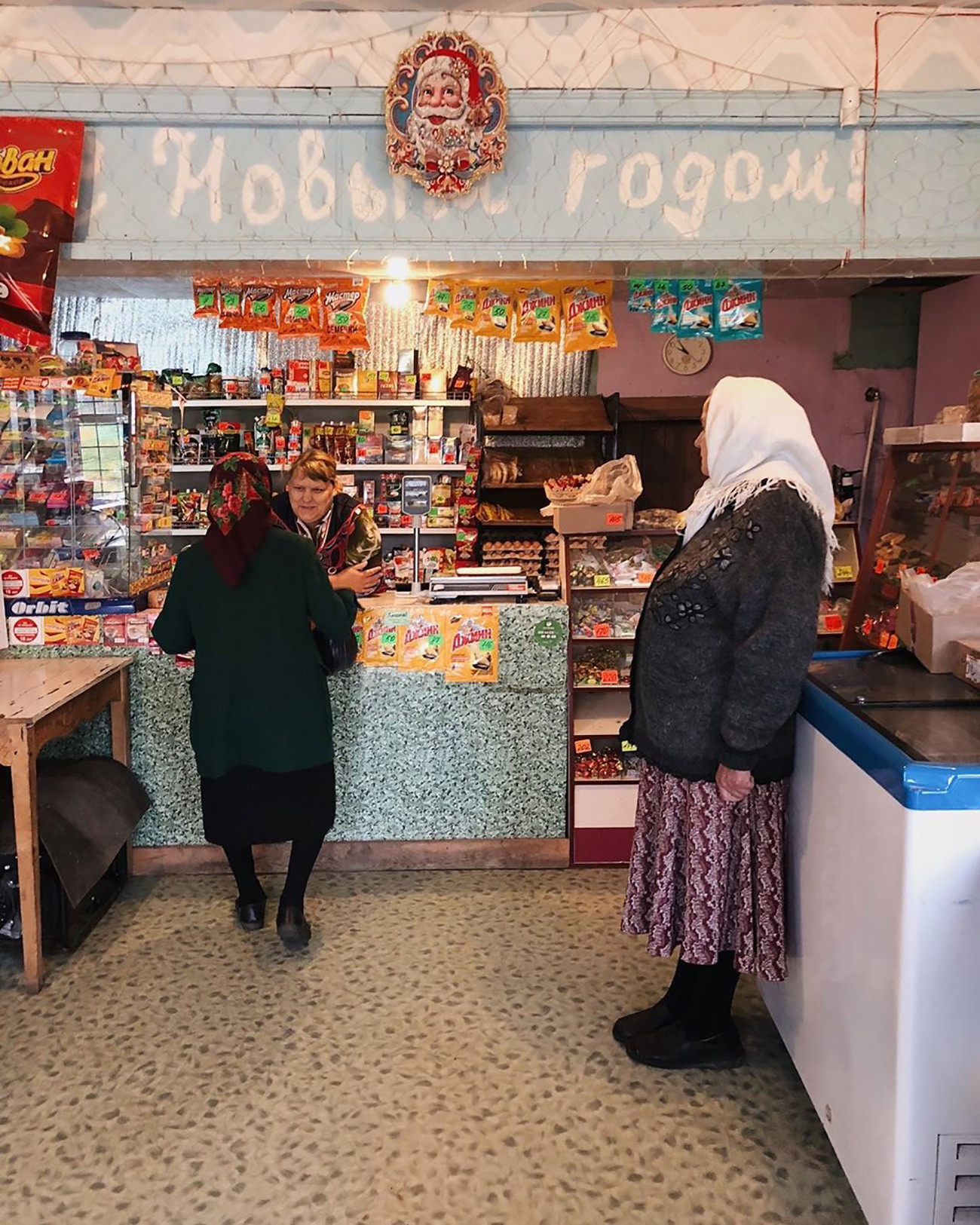 “How do you spend your weekend, guys?”

The account is operated in English, Mazurov says, adding that this isn’t necessarily out of special consideration for the foreign audience. 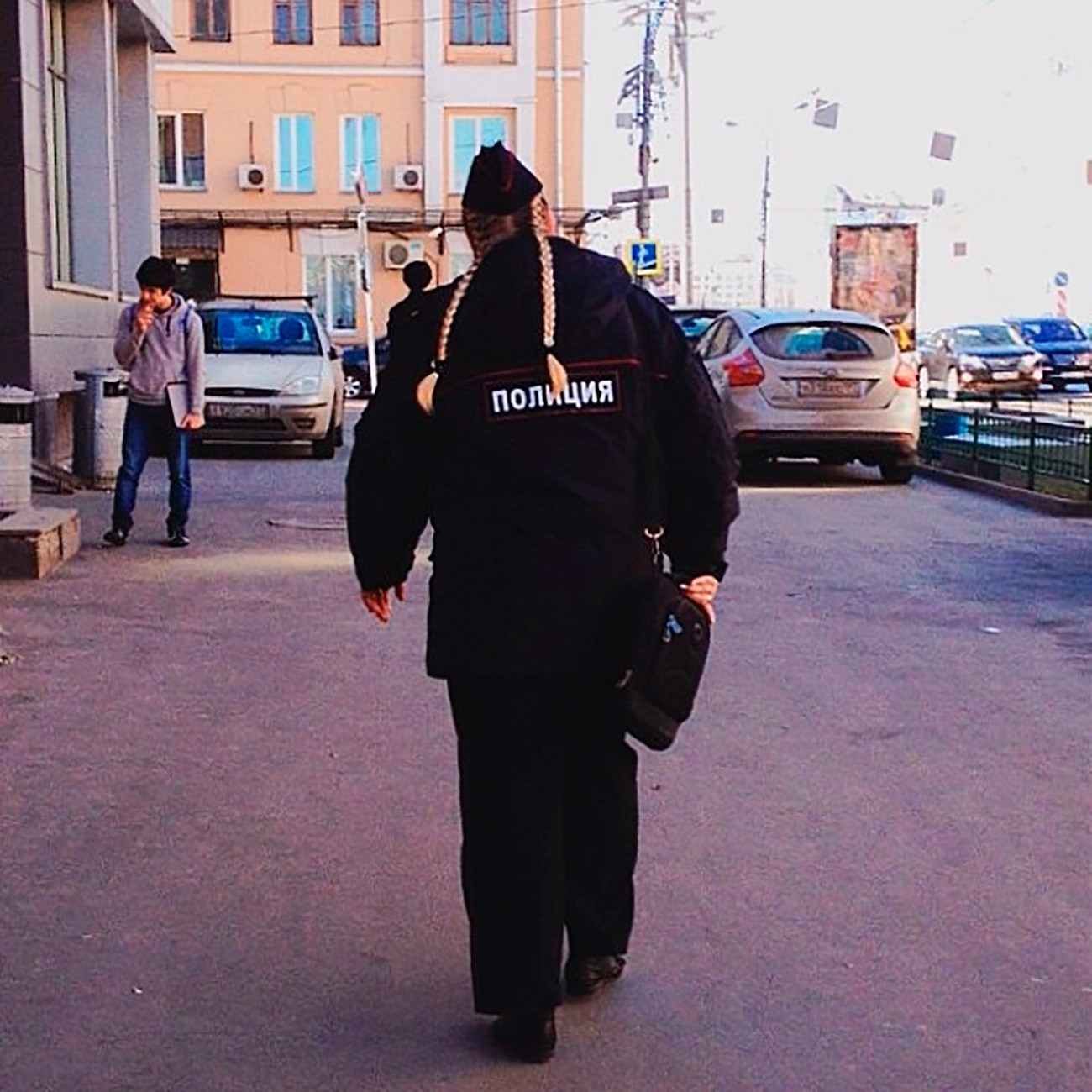 “It was the concept from the beginning - that our account is supposedly run by foreigners residing in Russia. To write about all these specifics of Russian life, its aesthetics and unique features in English - pretty funny. And it did start as innocent fun at first, but had later become a whole vision in itself”, IP Mazurov remembers. 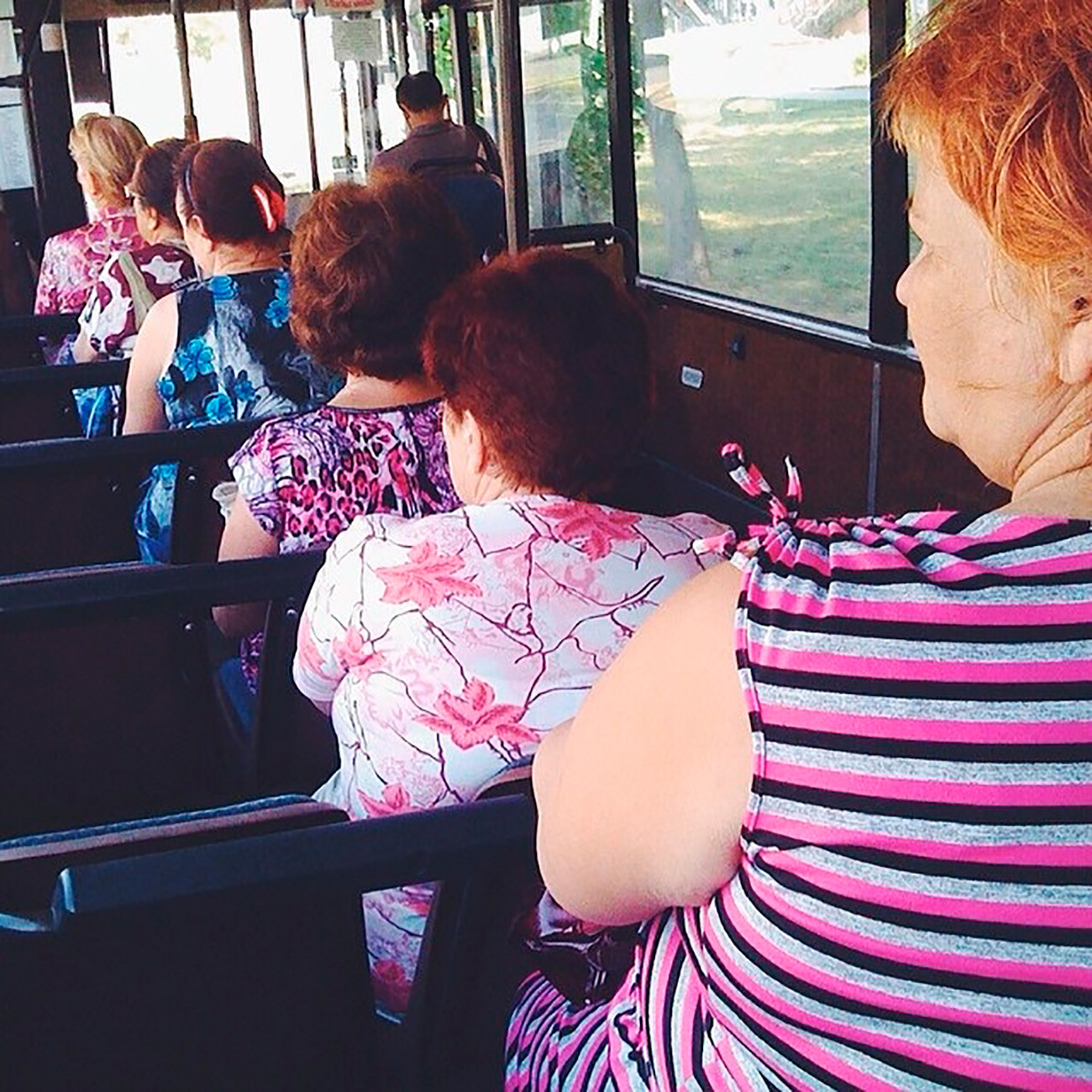 “No one knows why so many babushkas use public transport in the mornings. Some people believe it’s kinda a conspiracy or a secret gathering at 6 am every day”.

Many of the pictures elicit mixed feelings - something Russians refer to as “laughing through the tears”. “I can say from experience that foreigners adore Russian aesthetics. I know that the Finns, for example, get a real kick out of that. The French, meanwhile, like to take photos of multi-storey apartment blocks in Khimki, as they don’t have their own. But on the whole, the kind of Russia that we show isn’t a very noticeable aspect to them, I believe. When they arrive here, it’s for the most part a typical touristic affair.” 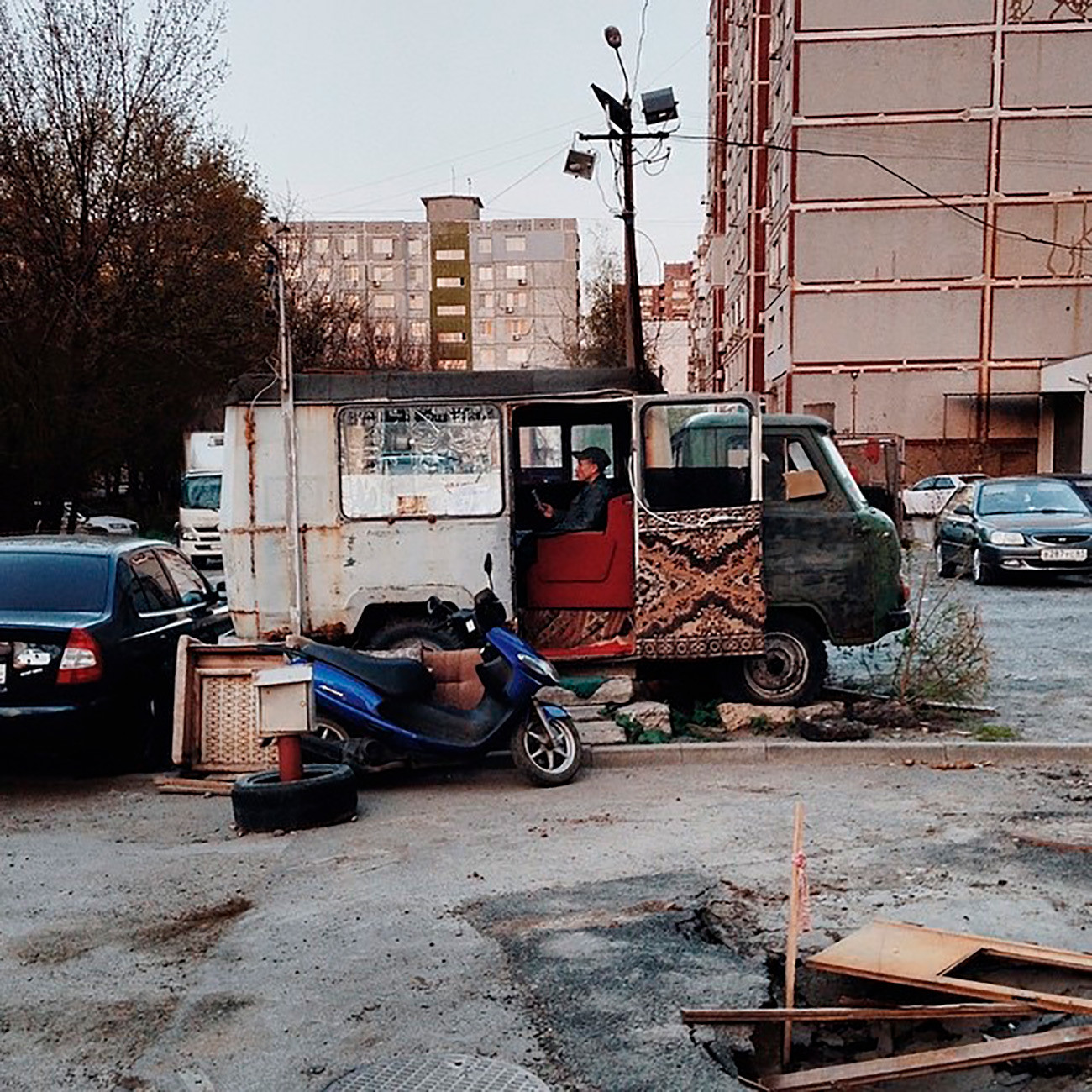 “Our friend Sasha from Rostov-on-Don rent an amazing room on @airbnb. We decided to help him and advertise his cosy corner. “This room is not far from the center and really close to supermarket Magnit. In the room there is a TV and a sofa, I wouldn’t disturb my guest because I am sleeping in the driver’s cabin. I will also give you a scooter so you could easily get to the city center””.

“So, what tends to catch our eye the most? I would say that Russian conceptions of luxury are definitely at the top!”, IP Mazurov confesses, listing as an example an old ‘Volga’ set against a backdrop of Moscow-City business district highrises.

Or a rusted yacht, slowly making its way past panel housing.

"All of this is about luxury, which every Russian strives towards, but invariably ends up contaminating with his rusty Russian drabness. He is not comfortable swimming in luxury without it.” 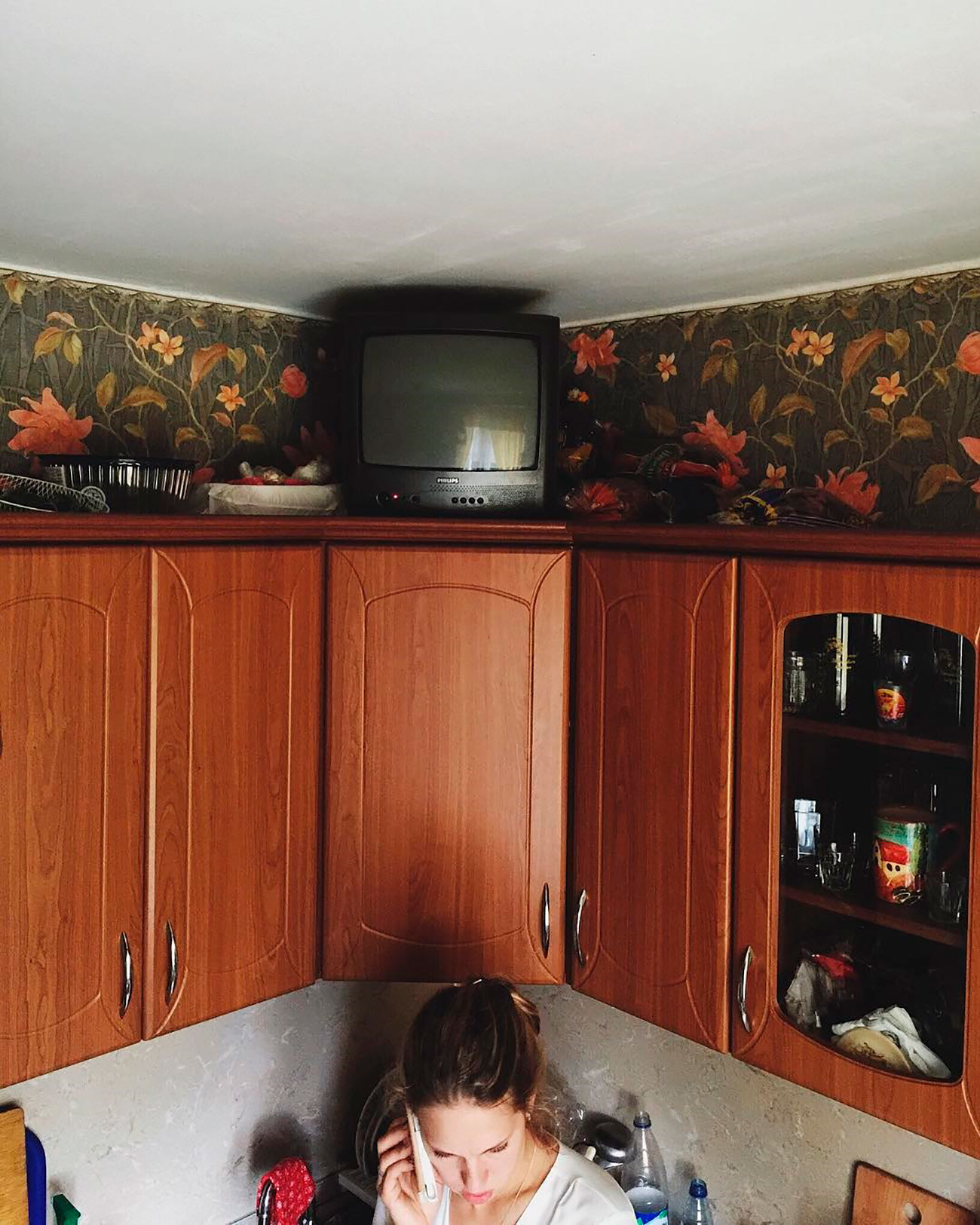 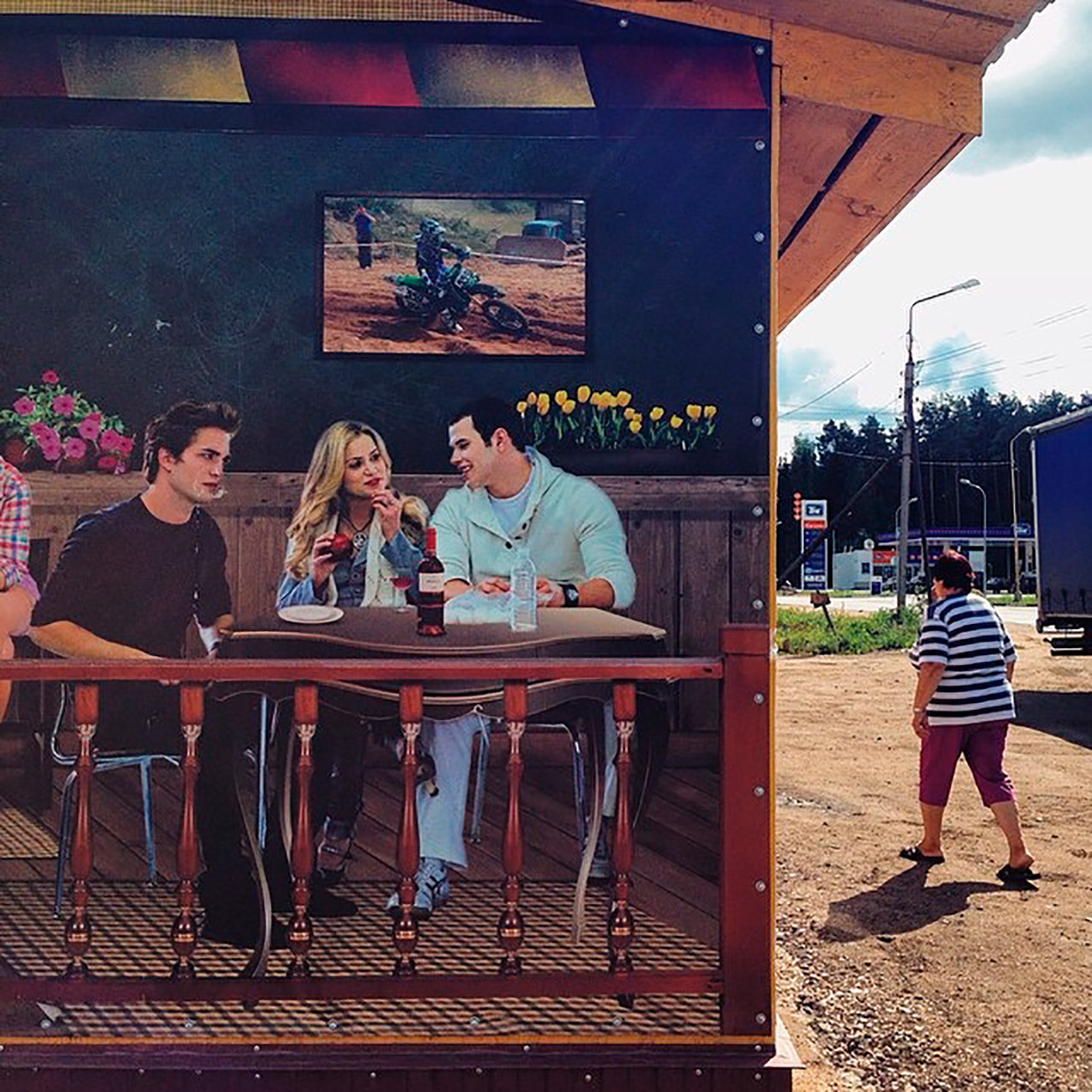 “Even the twilight hasn’t come yet, but Svetlana is already going to dinner with friends in the local Moto-club”.