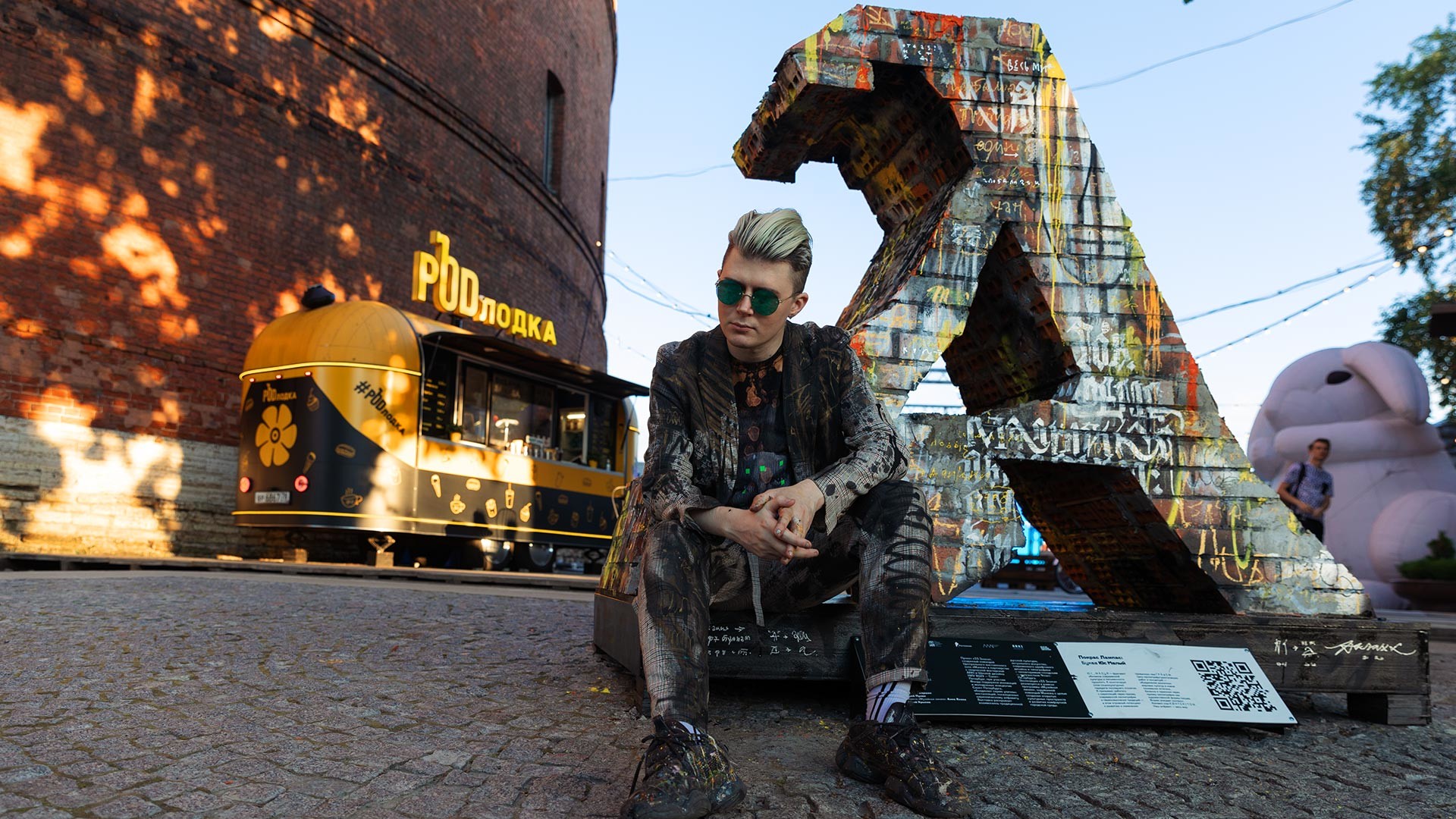 Irina Kolpachnikova/Manege
St. Petersburg artists recently unveiled the ‘33 Signs’ project - that’s the number of letters in the Russian alphabet. You can now see the entire history of the Cyrillic alphabet across the city’s streets and learn how the Russian alphabet has been linked through the centuries.

Giant Russian letters suddenly appeared in different parts of St. Petersburg. The ‘33 Signs’ art project organized by the Manege Central Exhibition Hall comprises 15 modern artists. Each of whom presented their own grapheme of the Cyrillic letter, but also those that have long disappeared from the language. 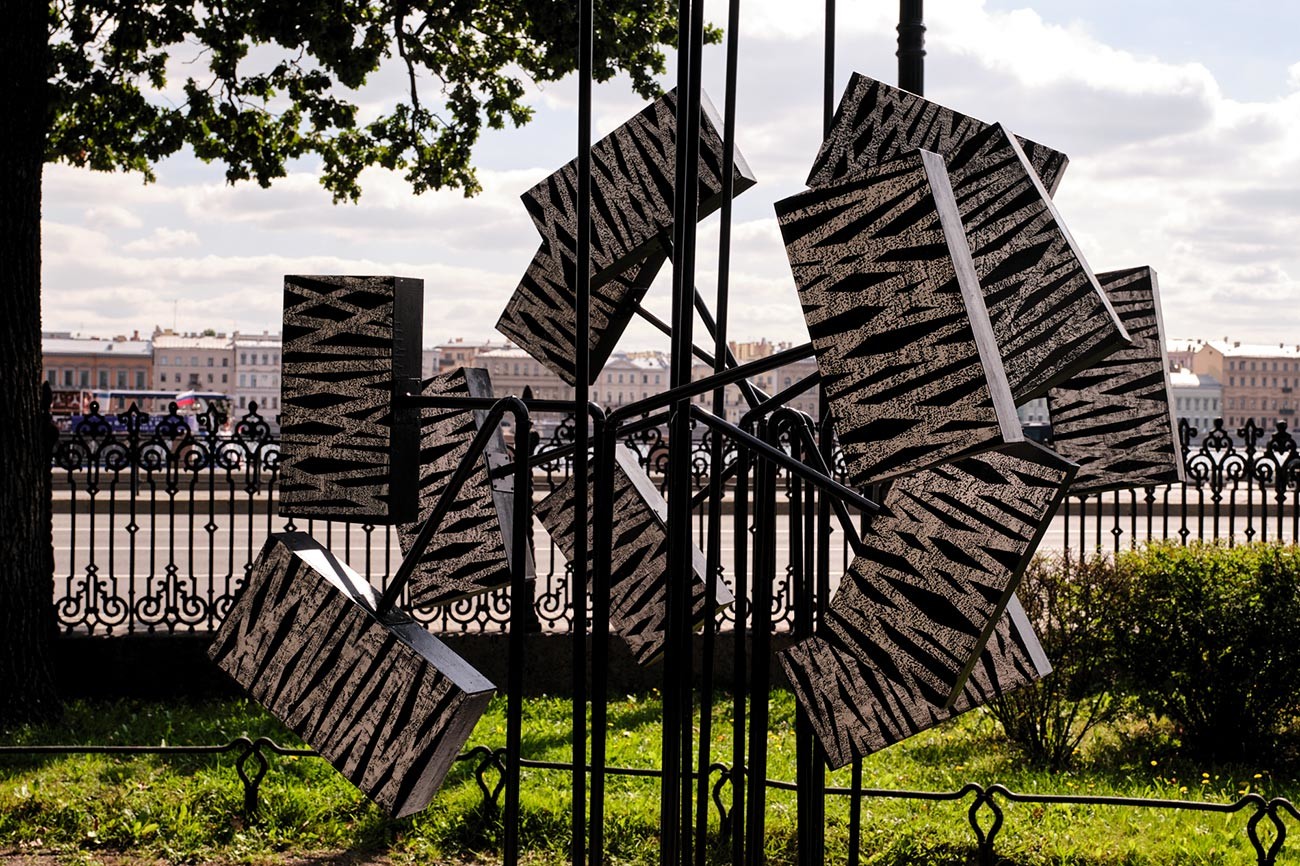 According to project curator Mitya Kharshak, it was in St. Petersburg where the most significant reform of the Russian language initiated by Peter the Great took place. “The ‘33 Signs’ exhibition is a declaration of love to the Cyrillic alphabet,” he said. 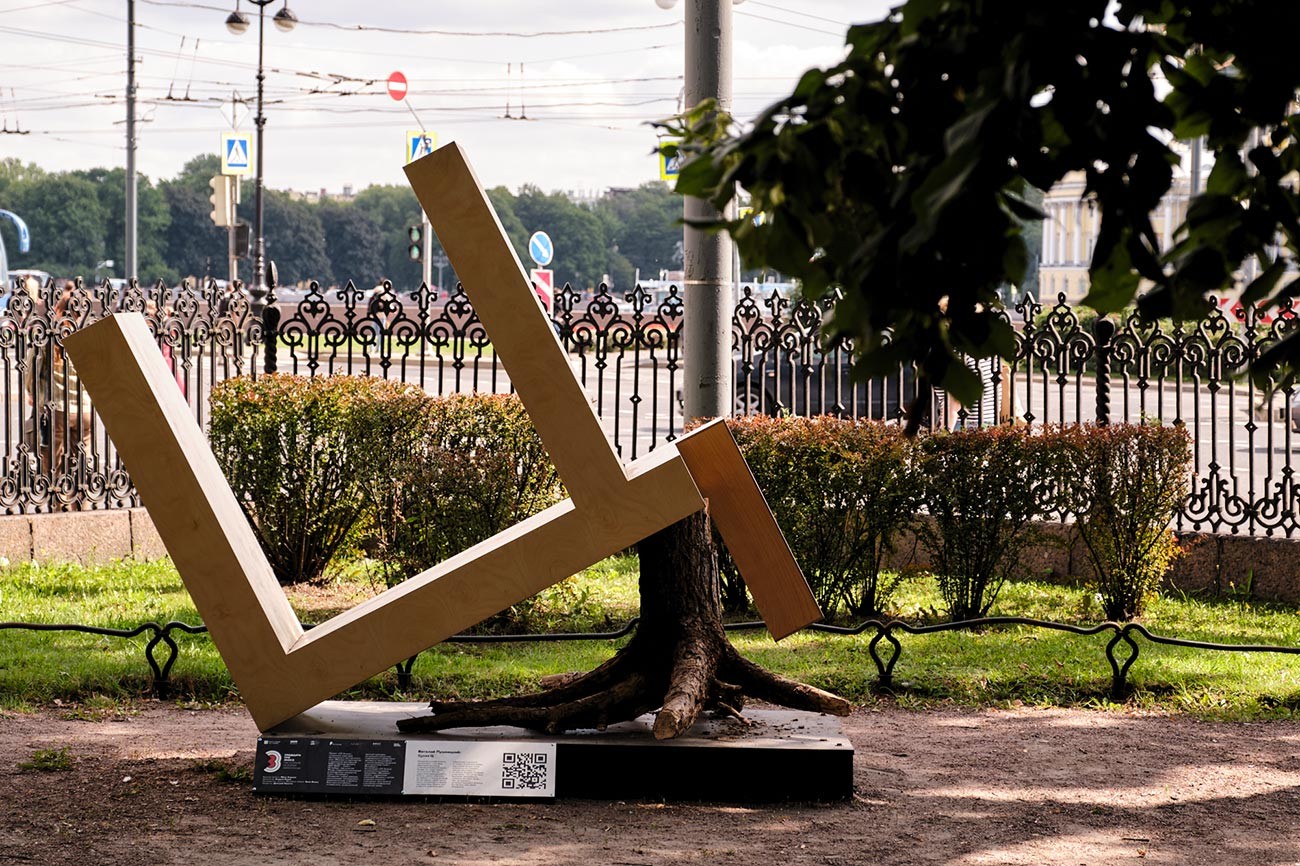 The exhibition starts at the Manege center with a Cyrillic Labyrinth installation that tells the story of the Russian alphabet. 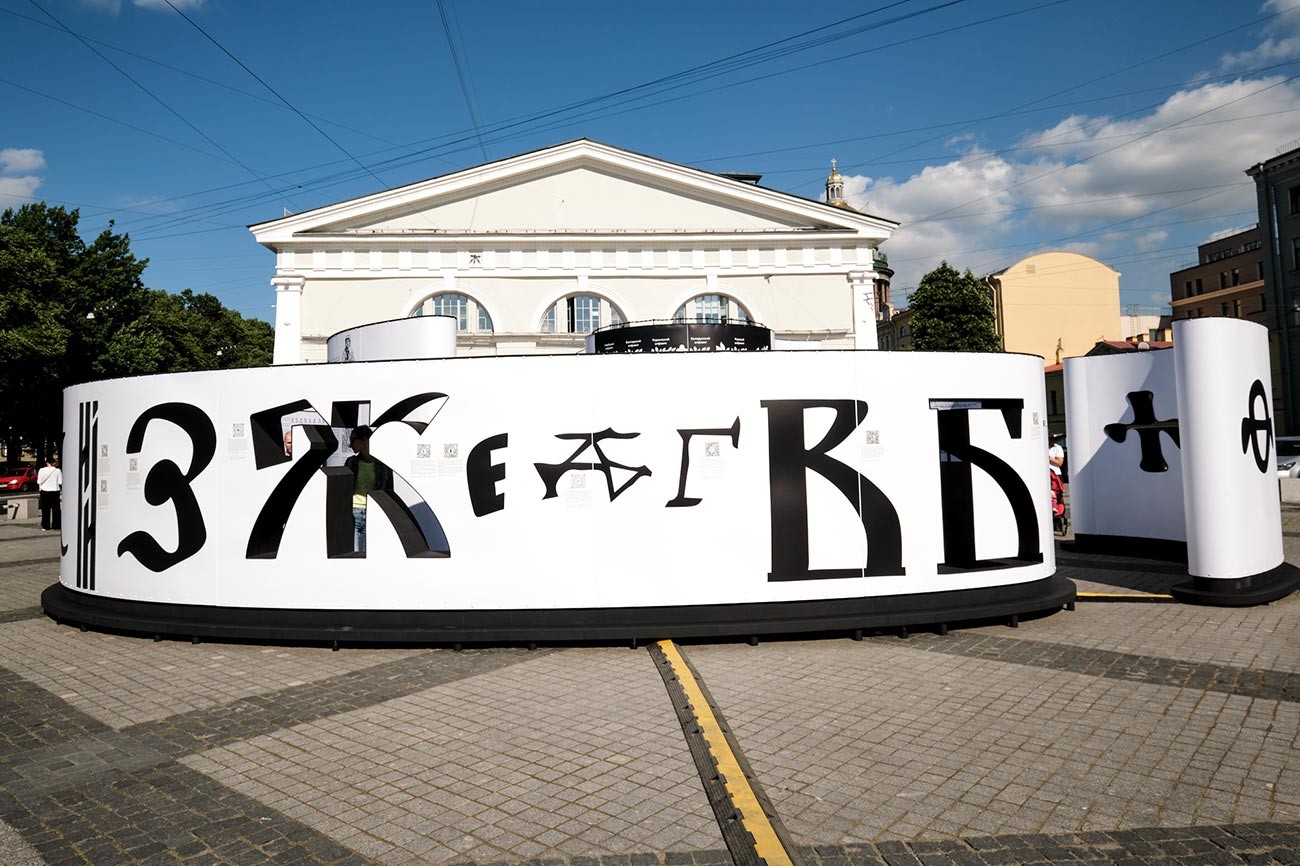 From above it looks like the A letter, the first in the alphabet. 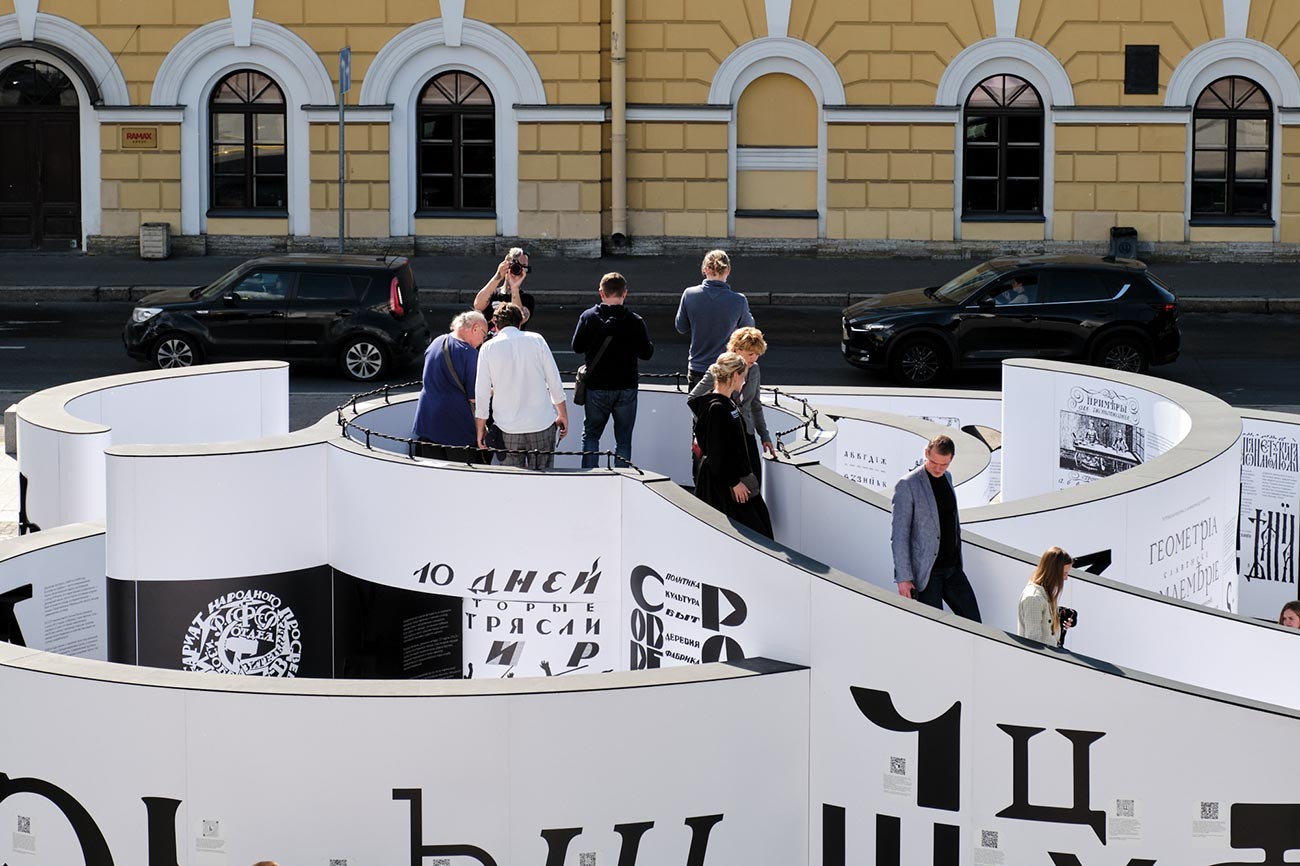 On Vasilievsky Island, there is the ‘Я’ (“Ya”) letter, made in the shape of a huge BBQ grill - that’s how the artist Peter Bely reflexed on a large number of abandoned grills after a weekend in nature. 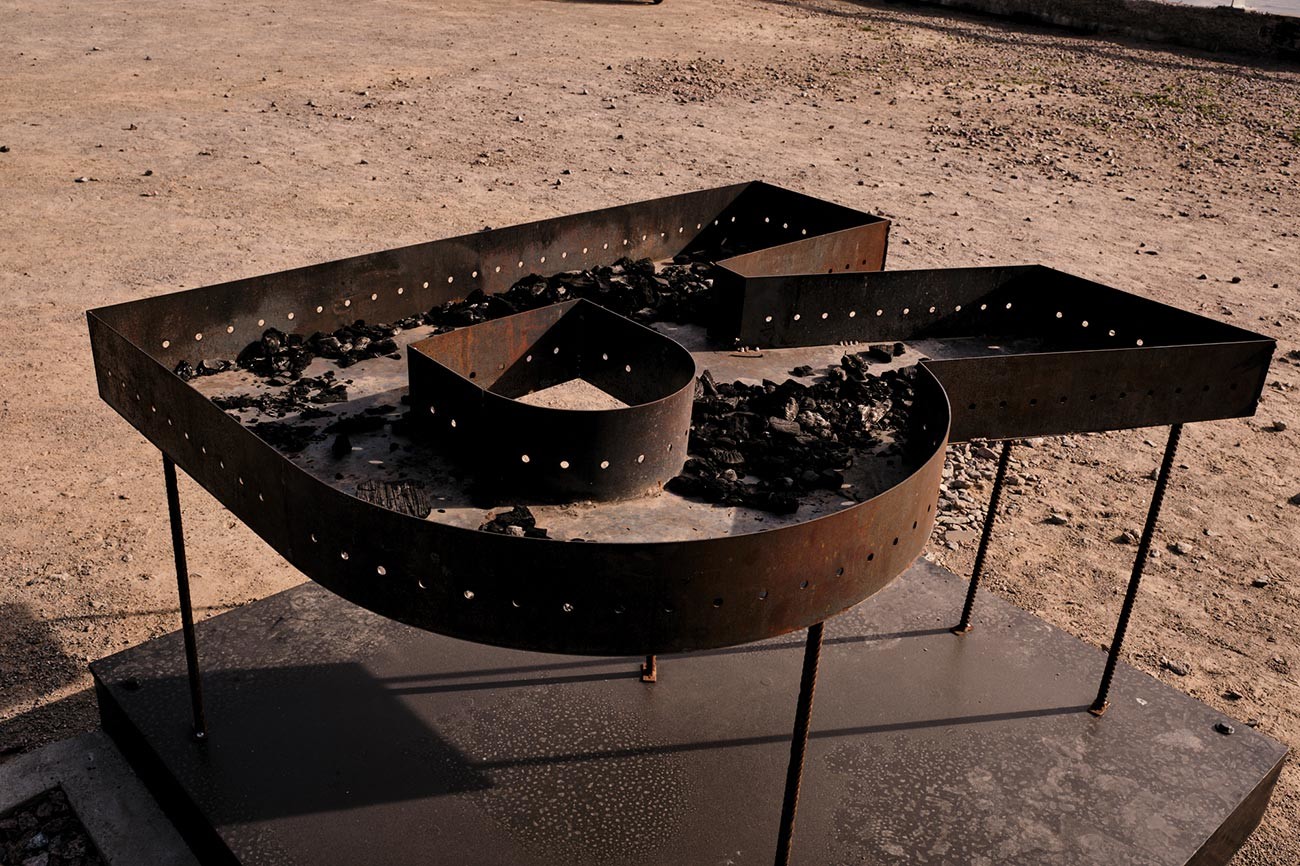 Next to the Mars Field a large letter ‘Ё’('Yo') appeared, with a height of more than 4 meters. 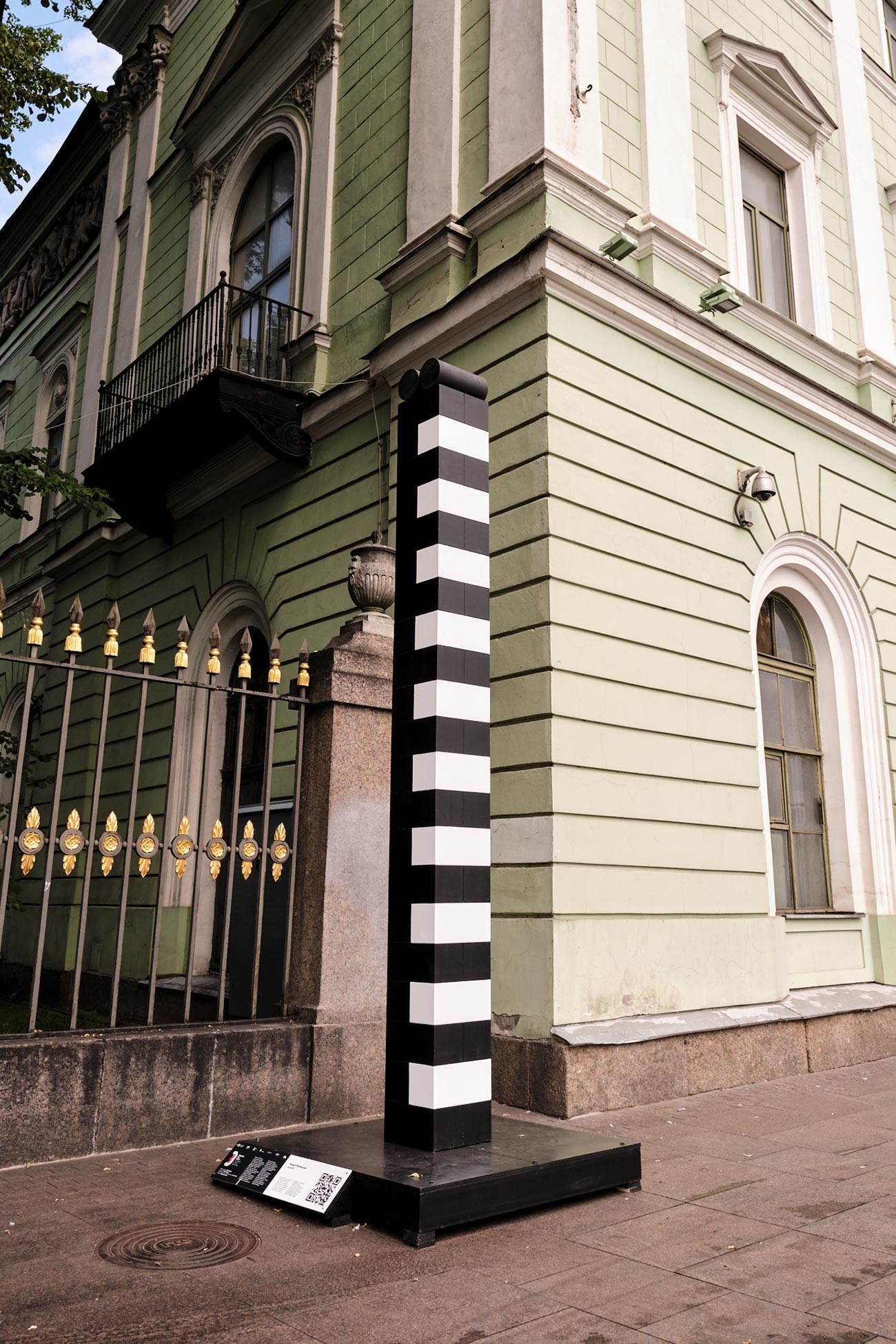 The ‘Ш’ (“Sh”) letter, which looks similar to the inscription from a children’s ABC book, and filled with balls, located at the Sheremetyev Palace. 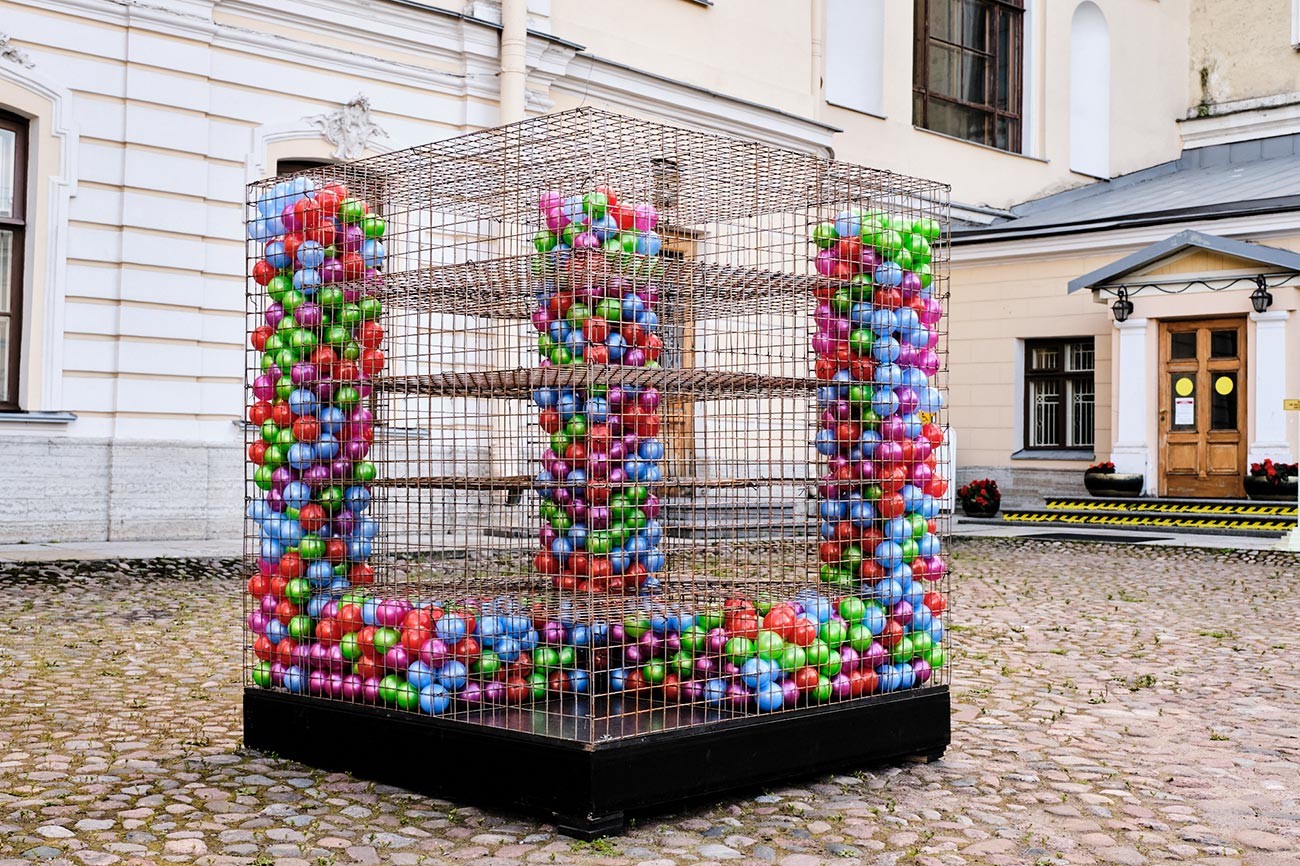 The ‘Х’ (“Kh”) letter was placed on Zayachy Island, where the Peter and Paul fortress is located. It is made up of separate elements in the form of arrows that show the direction of movement. When a person walks around the letter, they get the impression that the installation is moving. 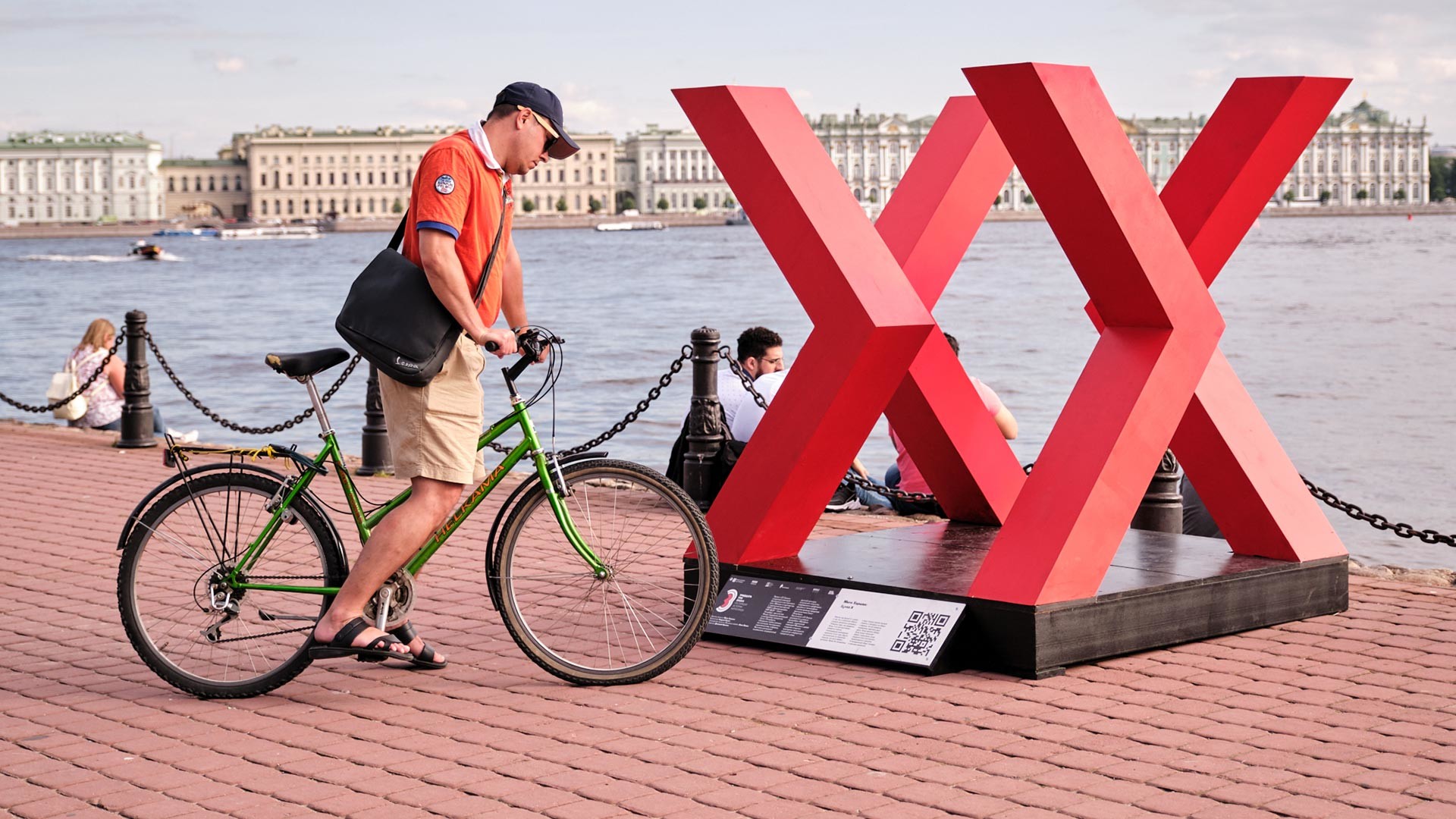 In addition to modern letters, artists also created installations in the form of Cyrillic letters that have since disappeared from the alphabet, which will seem unfamiliar even to many Russians. 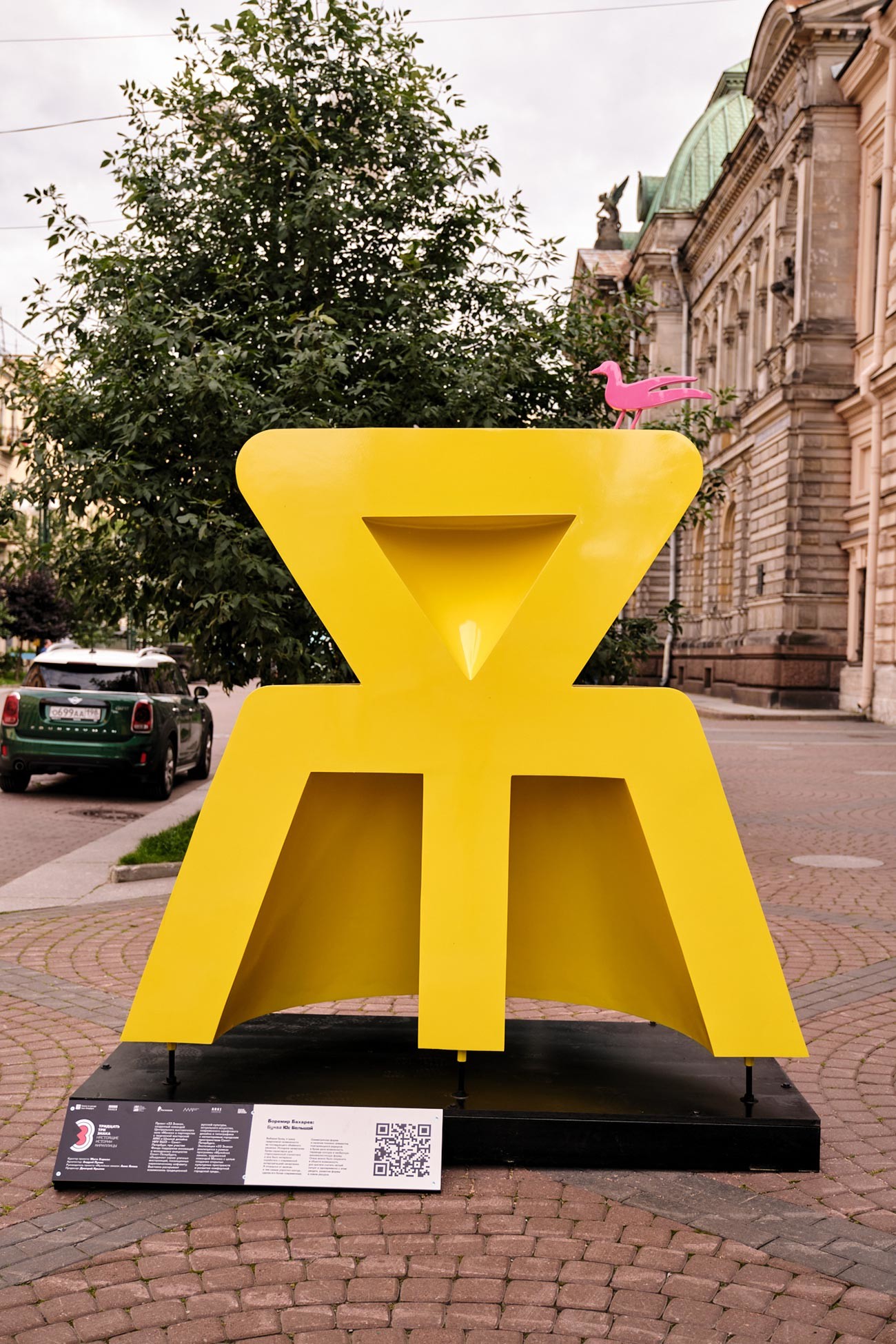 For example, large and small ‘Yus’ letters that look like crosses and a ‘Yat’ letter that looks like a navy anchor. 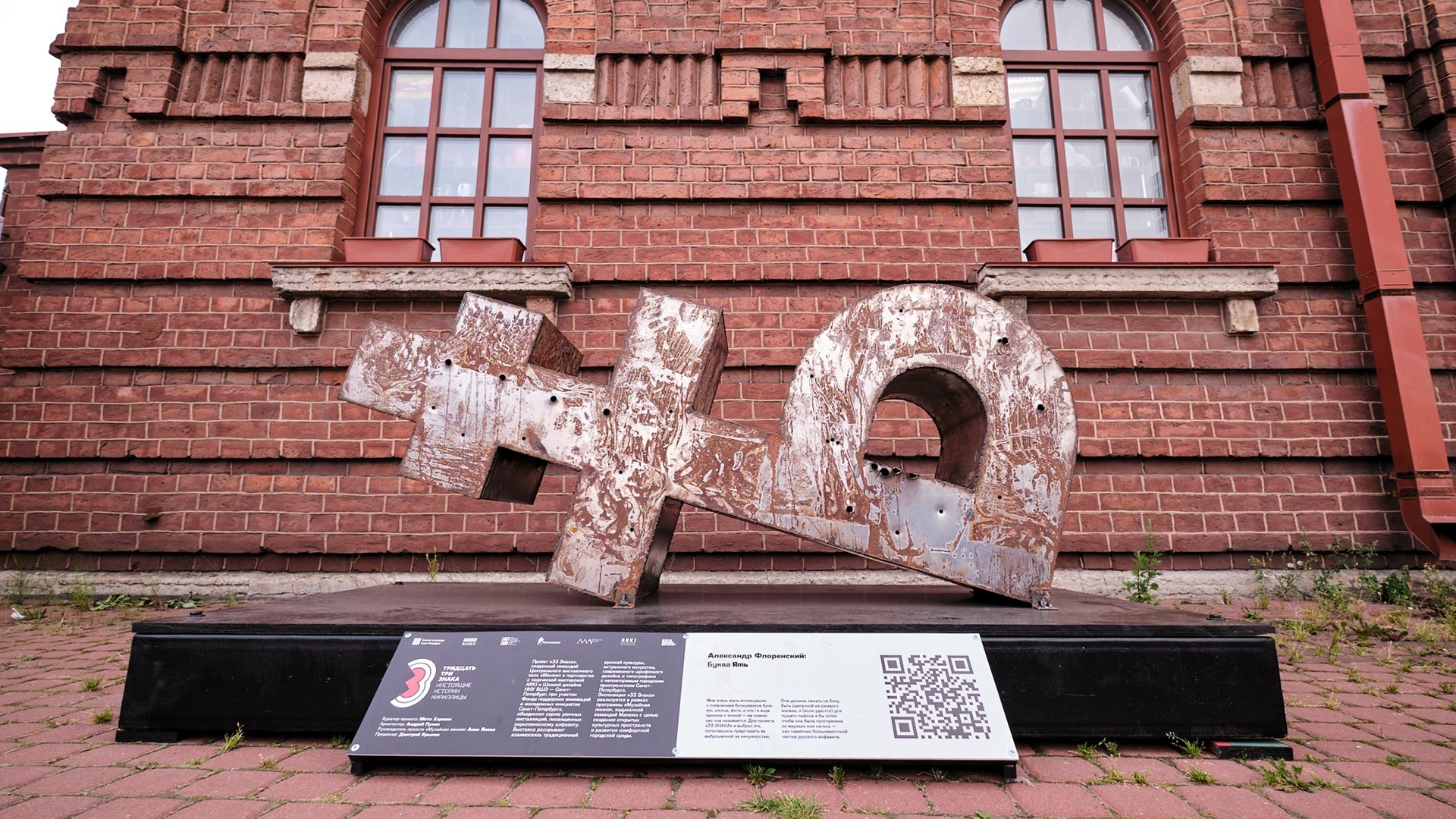 The letter installations will remain on display until mid-October. 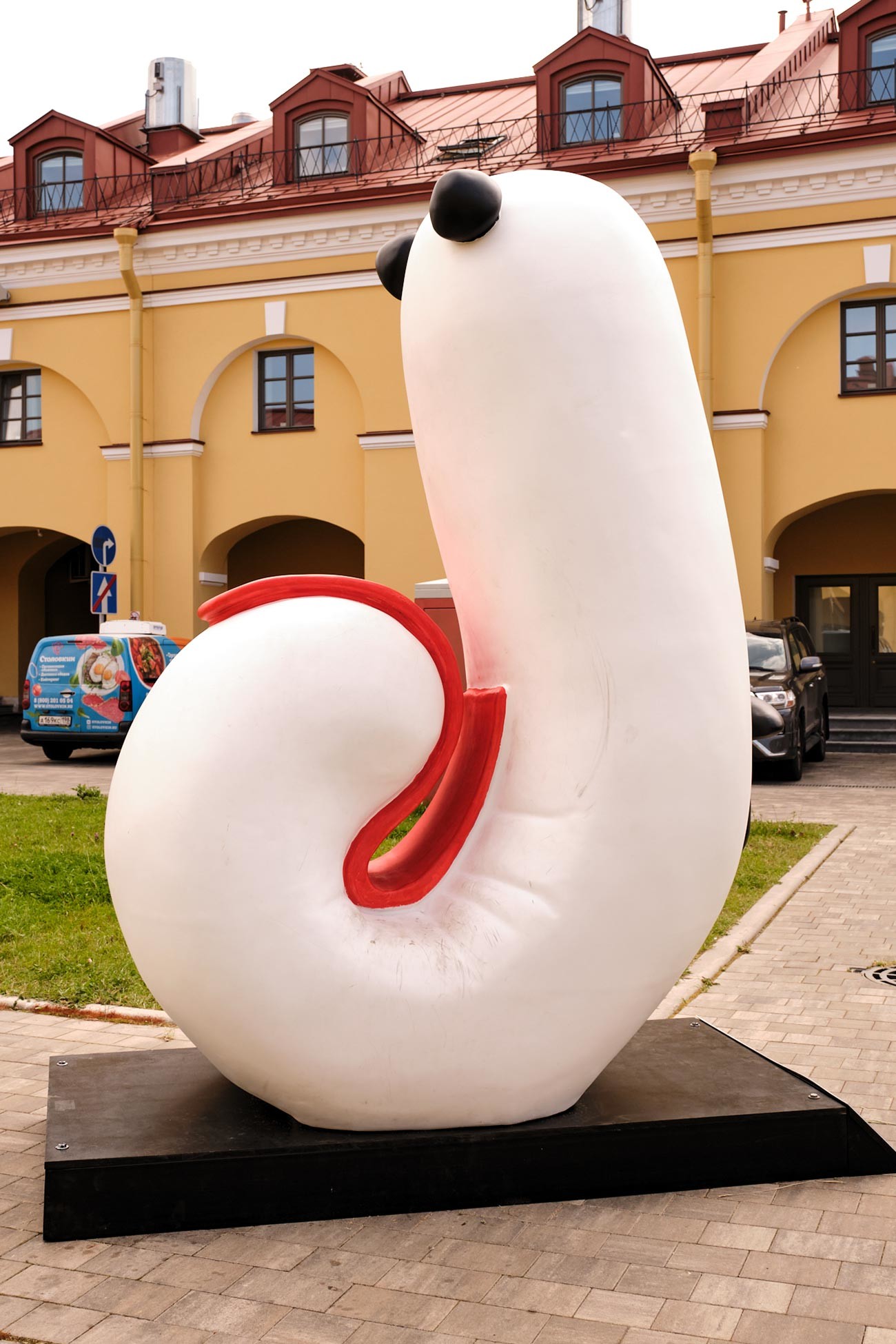