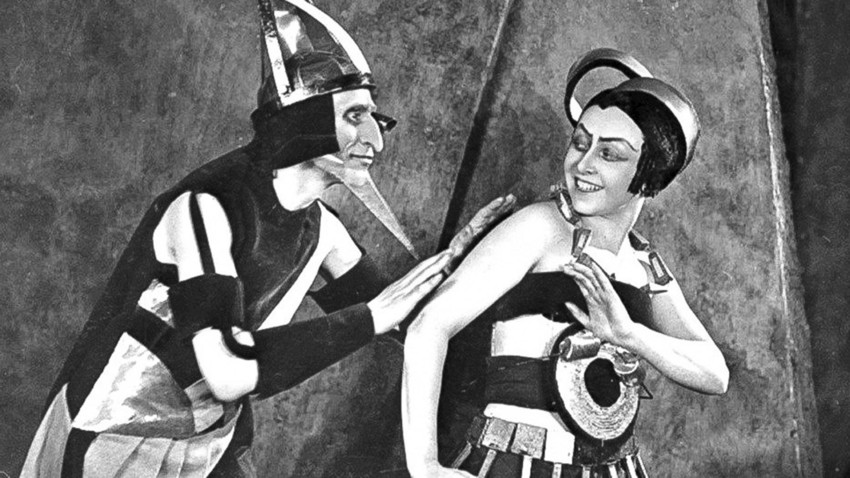 Yakov Protazanov / Mezhrabpom-Rus, 1924
The list comprises the most outstanding of early Soviet movies, from an eccentric sci-fi flick to an avant-garde drama about the revolution. 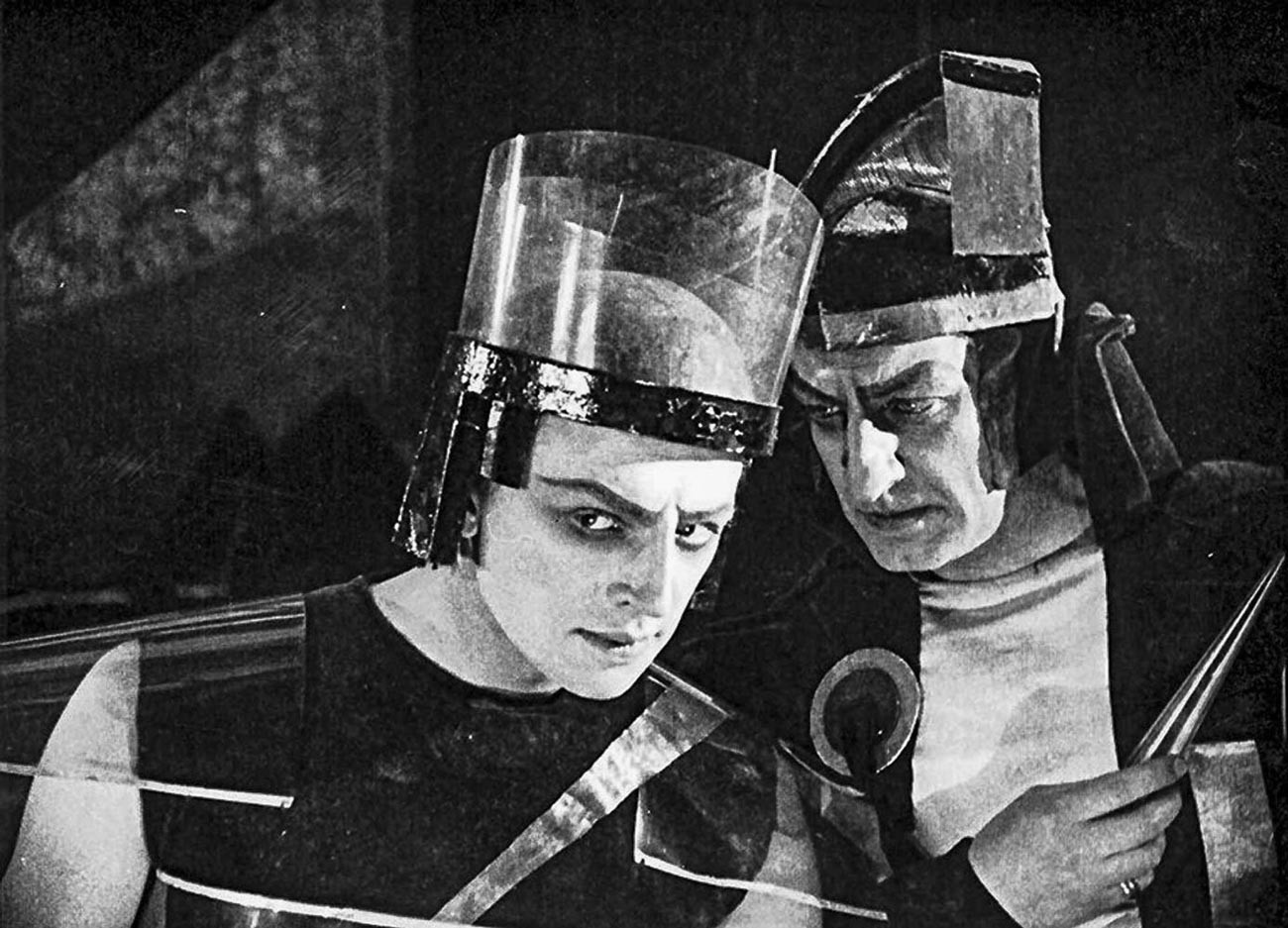 As an extravagant sci-fi movie about a mission into space and interplanetary wars, back in 1924, Aelita was far ahead of its time. In this loose adaptation of Aleksey Tolstoy’s novel of the same name, vivid scenes of everyday life in Moscow in the first years of the Soviet economic reforms are intricately intertwined with sci-fi scenes about a flight to Mars and a meeting with Aelita, the ruler of the Red Planet. As could be expected from revolutionary cinema, one of the plotlines revolves around an attempted rebellion by a “proletarian” section of the Martian population against their oppressors. 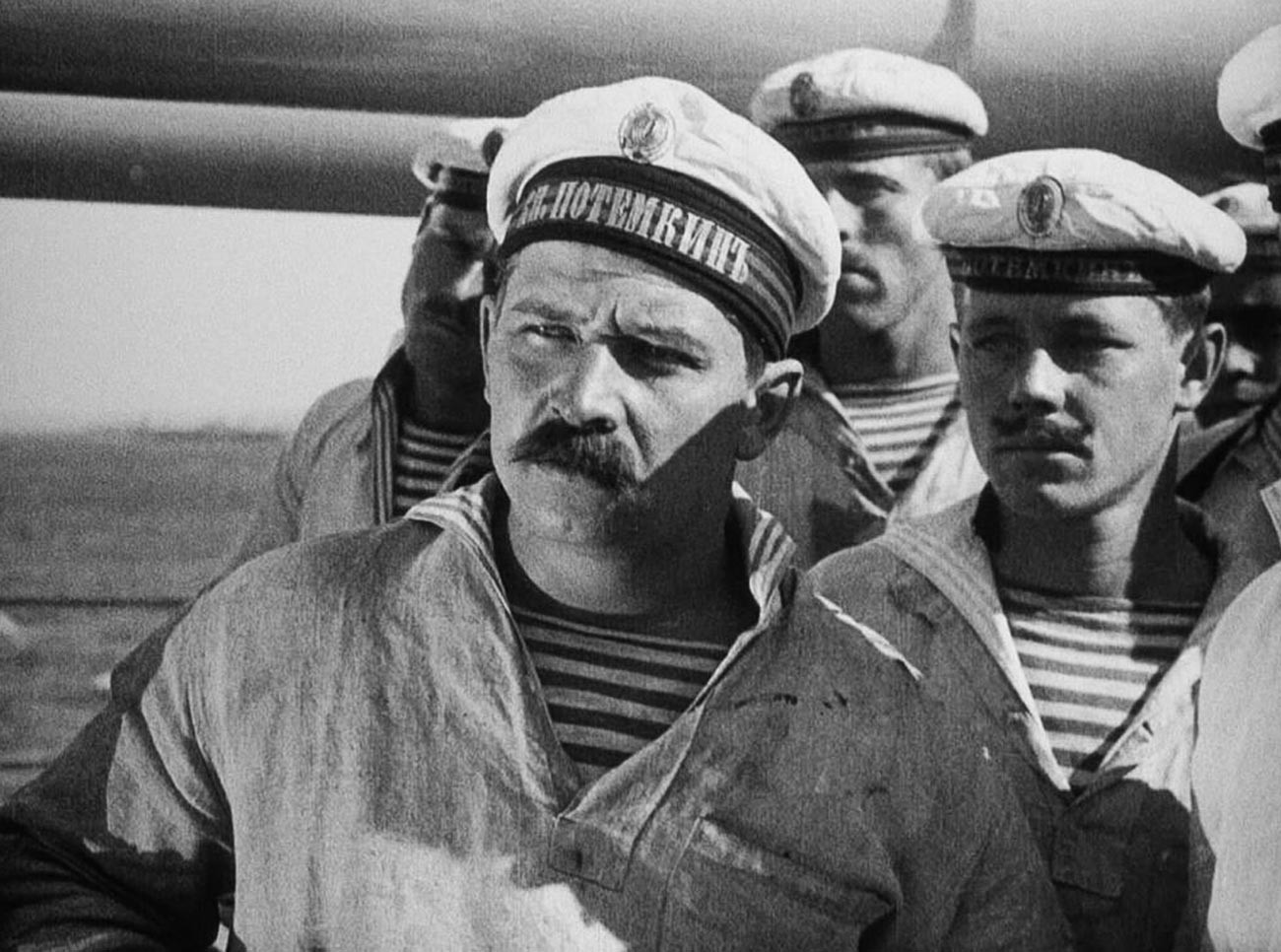 June 1905, the Russian Empire. Sailors on a Black Sea Fleet battleship stage a revolt: they had been served a soup cooked with rotten meat and when they refused to eat it, their leaders were sentenced to death. The revolt over meat quickly turns into a revolt against imperialism and the battleship “escapes” from the squadron, refusing to serve in the Imperial Navy.

Eisenstein’s movie, which was based on real events, has become one of the most cited movies ever. The masterpiece, which the 27-year-old Eisenstein had been commissioned to make for the 20th anniversary of the first Russian revolution, turned out to be revolutionary, not just in its form, but even in its music: The score was written by Edmund Meisel, a Berlin-based futurist composer. Following its sensational first screening at the Bolshoi Theater, the movie instantly propelled the Soviet Union to the ranks of leading filmmaking nations and became a staple of Soviet propaganda - so powerful was its original cinematic language. Take, for example, the hand-painted red flag that appeared in more than a hundred frames: in the era of black and white cinema, it had a stunning effect. 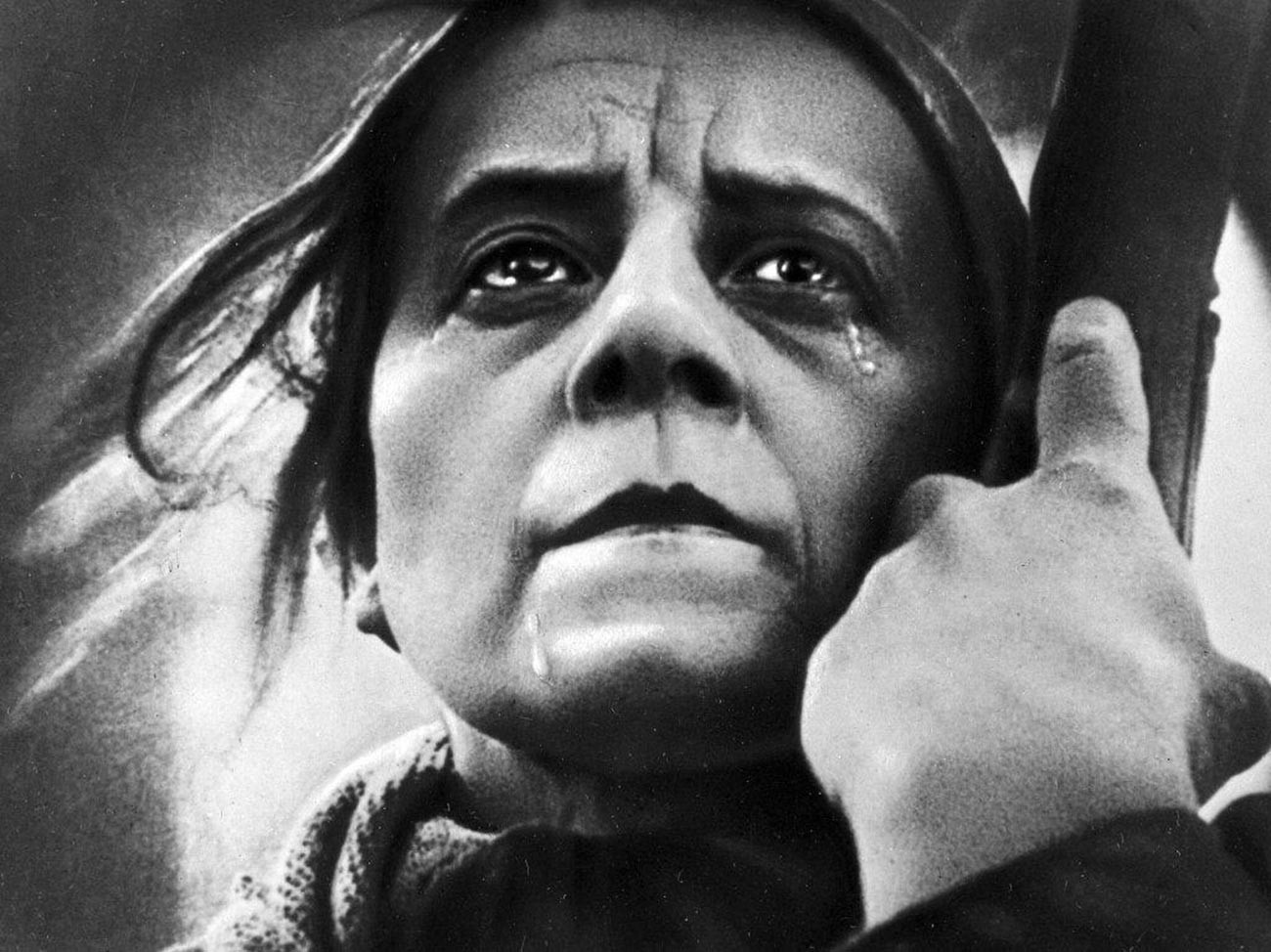 Another titan of Soviet silent film was Vsevolod Pudovkin. A newcomer to the world of cinema, he saw the development of this art form completely differently from most of his venerable contemporaries. In 1927, Pudovkin directed Mother, based on the novel by Maxim Gorky, a drama about a proletarian uprising and a story about a family. His main technique for creating characterizations was not acting, but editing, which prompted the famous quote about Pudovkin: “He has done in the cinema what Dickens did in novels.”

In 1978, movie critics ranked Mother as No. 3 on the list of 100 best films in the history of cinematography, while a founding member of the Motion Picture Academy, Douglas Fairbanks, noted: “After Battleship Potemkin, I was afraid to watch Soviet films, because I thought that Potemkin was a one-off. However, now I am convinced that the USSR is capable of producing exceptional films and that, cinematically, Mother is up there with the best.” 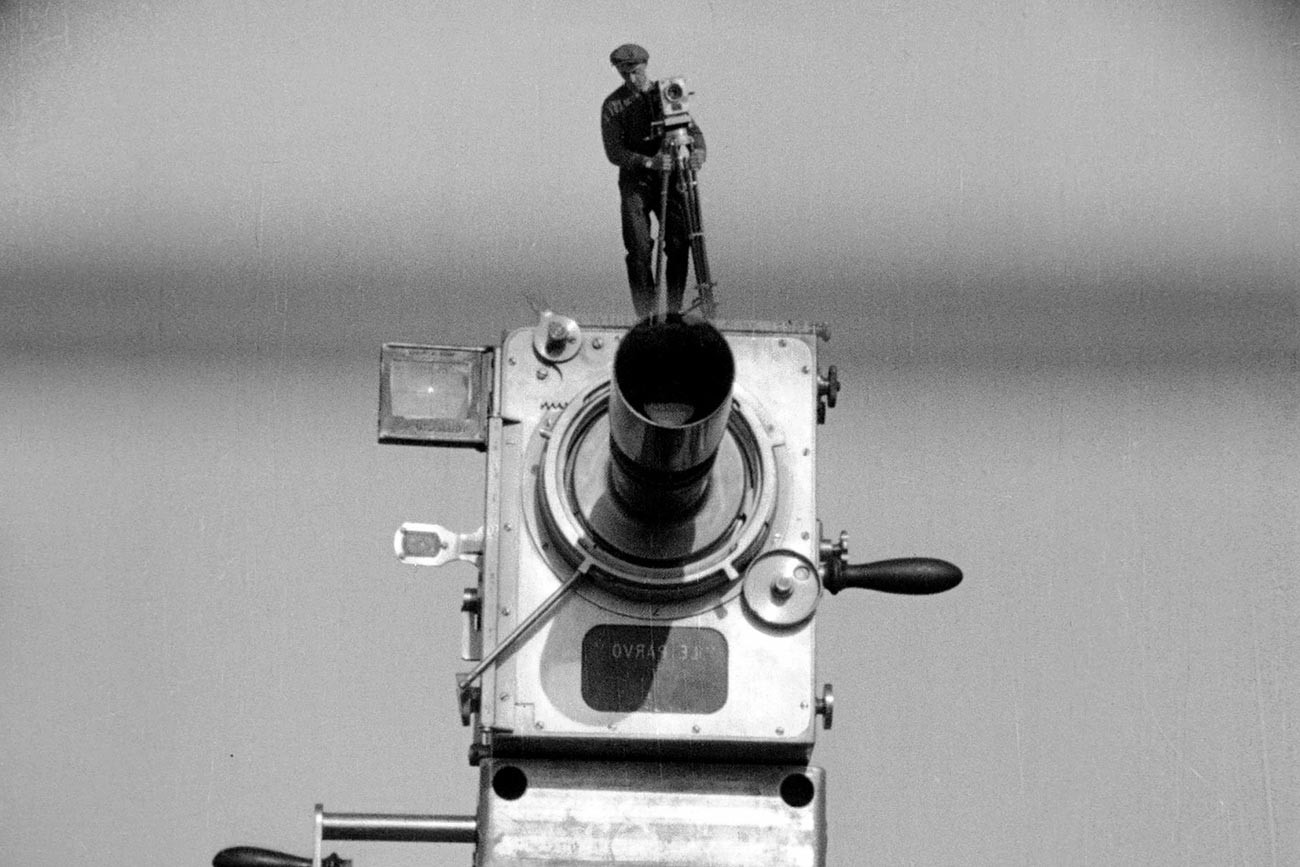 Even in the period of the revolutionary avant-garde, Dziga Vertov stood out for his radicalism. When it came out 90 years ago, his movie was savaged by the critics and rejected by the public, who found it shocking. In effect, each of Vertov’s films at that time - Cine-Eye, A Sixth Part of the World and others - was an attempt to “kill” traditional cinema and create a new “optic”. His documentary film Man with a Movie Camera became the culmination of these experiments.

The silent compilation of scenes from the city life of an ordinary person in the USSR, some of which last only a second, demonstrated the full range of Vertov’s artistic quest for a new cinematic language - from slow motion to double exposure. With time, this movie has become a kind of a manifesto and a practical guide for filmmakers around the world. In fact, this is exactly what Vertov sought to achieve, having written in the credits: “This experimental work is aimed to create a truly international, absolute language of cinema based on its complete separation from the language of theater and literature.” 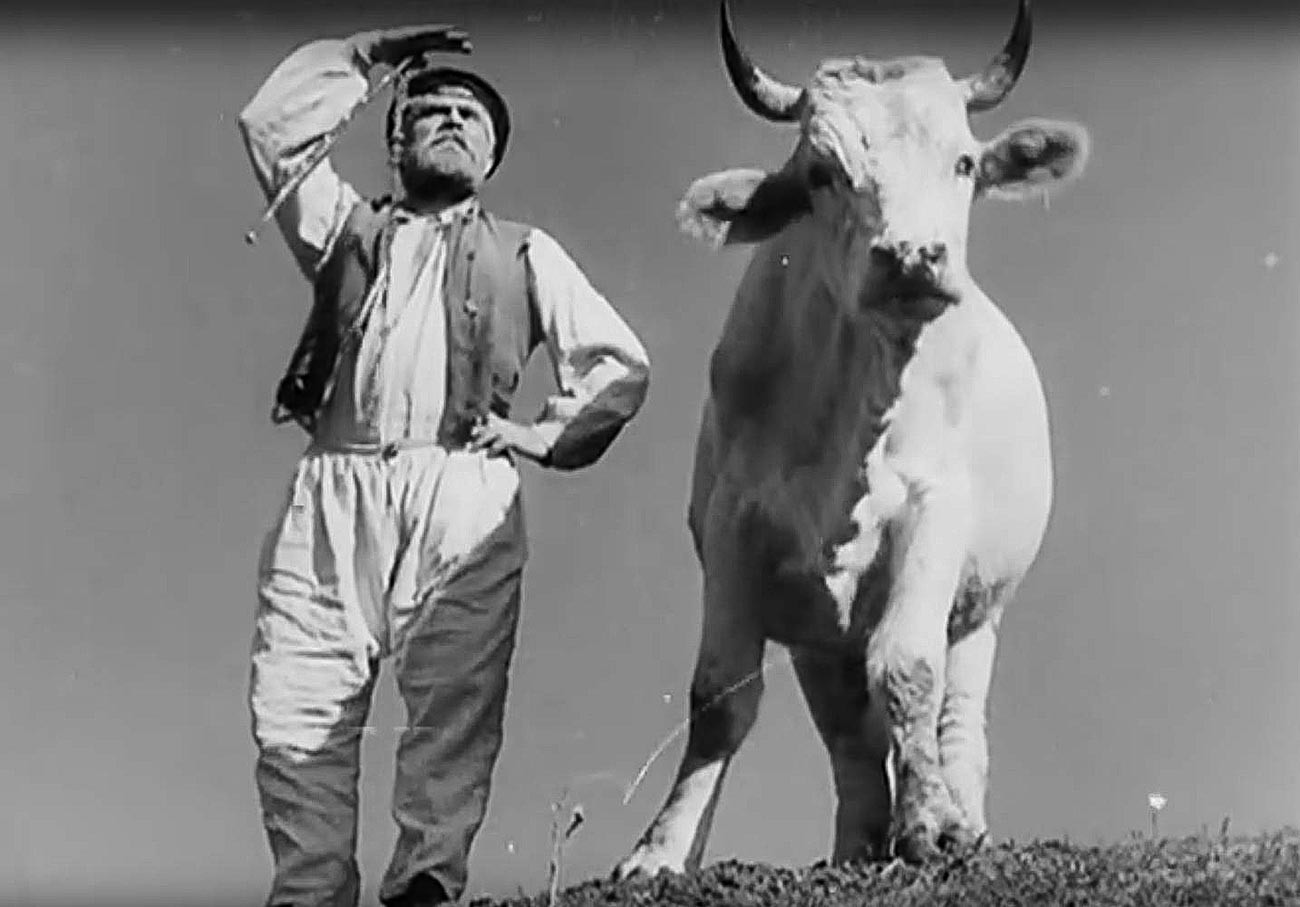 Earth is the first Soviet movie about collectivization. On the surface, its plot is driven by a class conflict between the kulaks (wealthy peasants) and the poor, but fundamentally, it is based on a colossal shift in the world order: the transition from an agricultural community to industrialization. “Things will never be as they were before,” is Dovzhenko’s note on the script, which fully captures the leitmotif of the movie.

An ordinary Soviet village gets its first ever tractor, which will plow a symbolic boundary between private and collective land, while the village itself, which had seen no change for decades, lives through a string of dramatic events.

For Dovzhenko, as for many of his contemporaries, the revolution was an uplifting event, a starting point for long-overdue changes. That is why his movie is full of rejection of symbols of the past, including traditional religion. But even its ideological zeal did not save Earth from criticism at home. The full version of the movie got its general release only 40 years later: all because of the naturalism that Soviet censorship found unacceptable. For example, in one scene, peasants fill the tractor’s tank with their urine, thus “elevating” it to the status of livestock through a “pagan ritual”, while in another scene, a naked bride mourns her murdered groom. However, in the West, the movie was recognized as one of the most poetic ones in the history of cinema. In 2015, UNESCO included Earth on its list of masterpieces of world cinema.