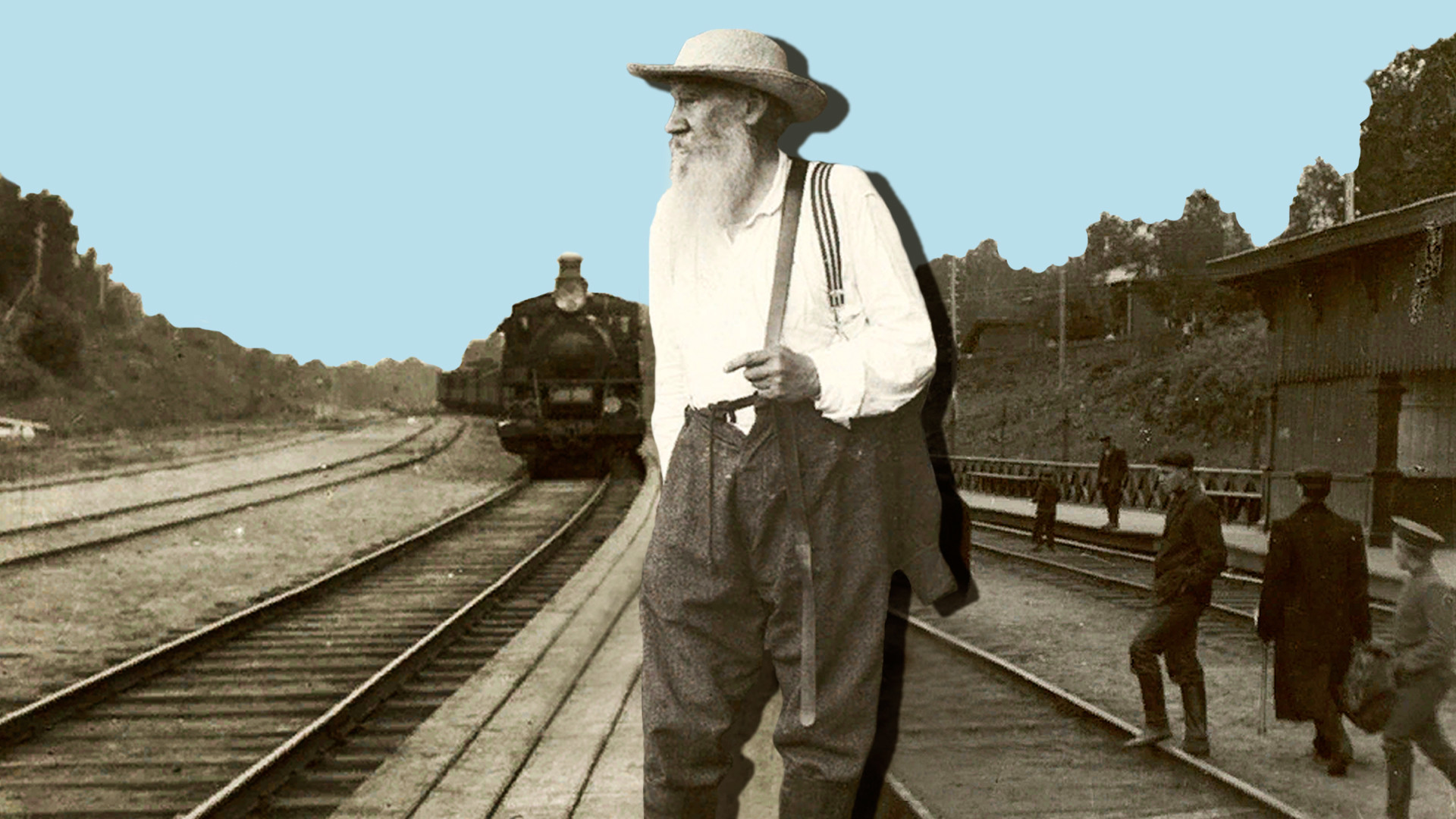 Vladimir Chertkov/L.N.Tolstoy State Literary Museum; Russia Beyond
Ten days before his death, the 82-year-old Tolstoy ran away from home and hid from his wife. What prompted such a rush of blood? What happened to him afterwards? And how did Russia react to the news of the great man's passing away?

On Nov. 20, 1910, one of Russia’s most illustrious writers breathed his last. The old man's eccentric night-time dash from his Yasnaya Polyana estate in the Tula Region turned into a detective story that was lapped up by the press. The whole country was gripped from beginning to unhappy end.

For many years, the exemplary family man Leo Tolstoy had spouted the virtues of family values. For him, love, marriage and children constituted the meaning of life, together with continual spiritual self-improvement. However, in the 1880s, having turned 50, he experienced a powerful inner transformation. The writer became disillusioned with the Orthodox Church and with marriage as the sacred union of man and woman. 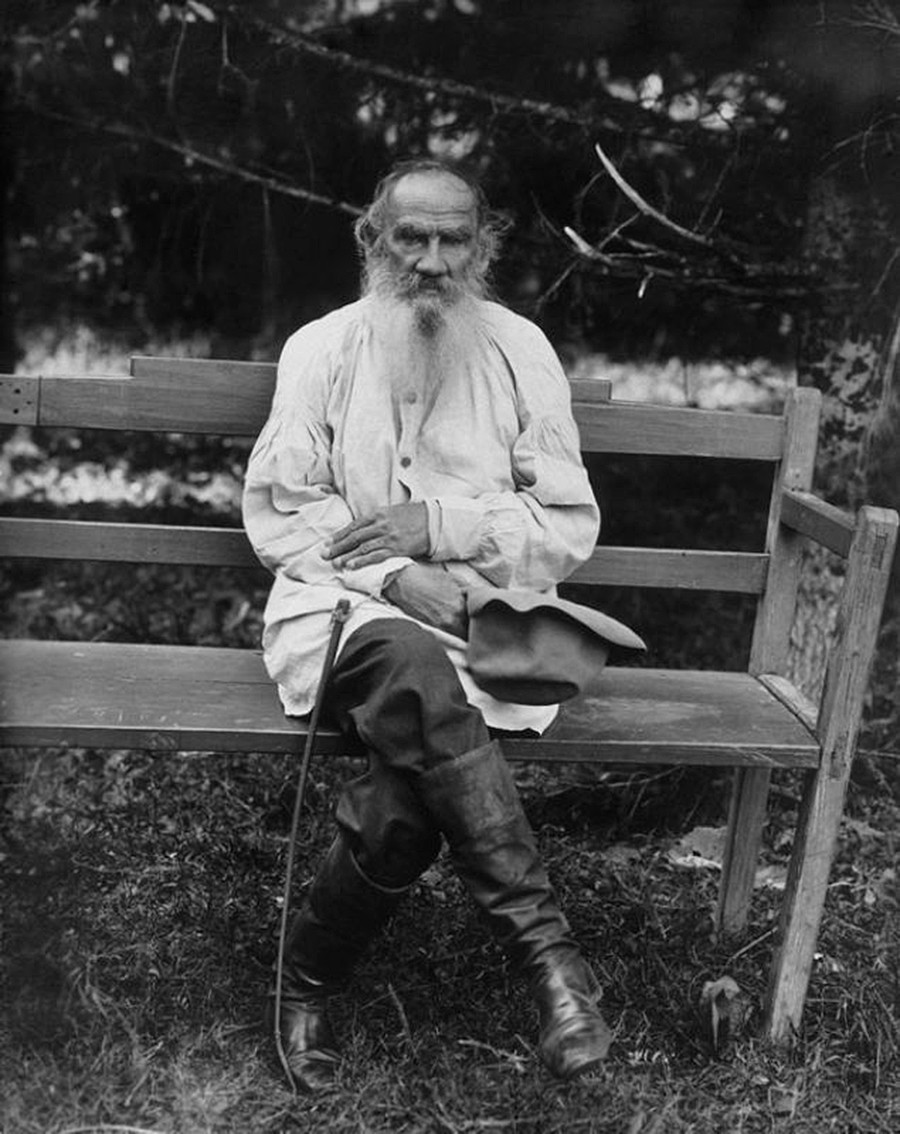 His attitude to private property also changed, and he sought to offload his wealth, donned his now trademark peasant shirt and headed off to work in the fields around his estate.

He even decided to forfeit the copyright to his works, much to the chagrin of the family. Tolstoy’s long-suffering wife, Sofya Andreevna, was strongly opposed. After all, it would deprive the family of funds and Tolstoy's numerous children of an inheritance.

In these fits of passion Tolstoy had the support of his admirer and personal assistant Vladimir Chertkov. It was he who suggested to the writer that he leave his family, since his new philosophy was seemingly lost on them. Chertkov became an ever-present irritant to Sofya. The atmosphere in the family home turned sour, as the spouses did nothing but bicker. 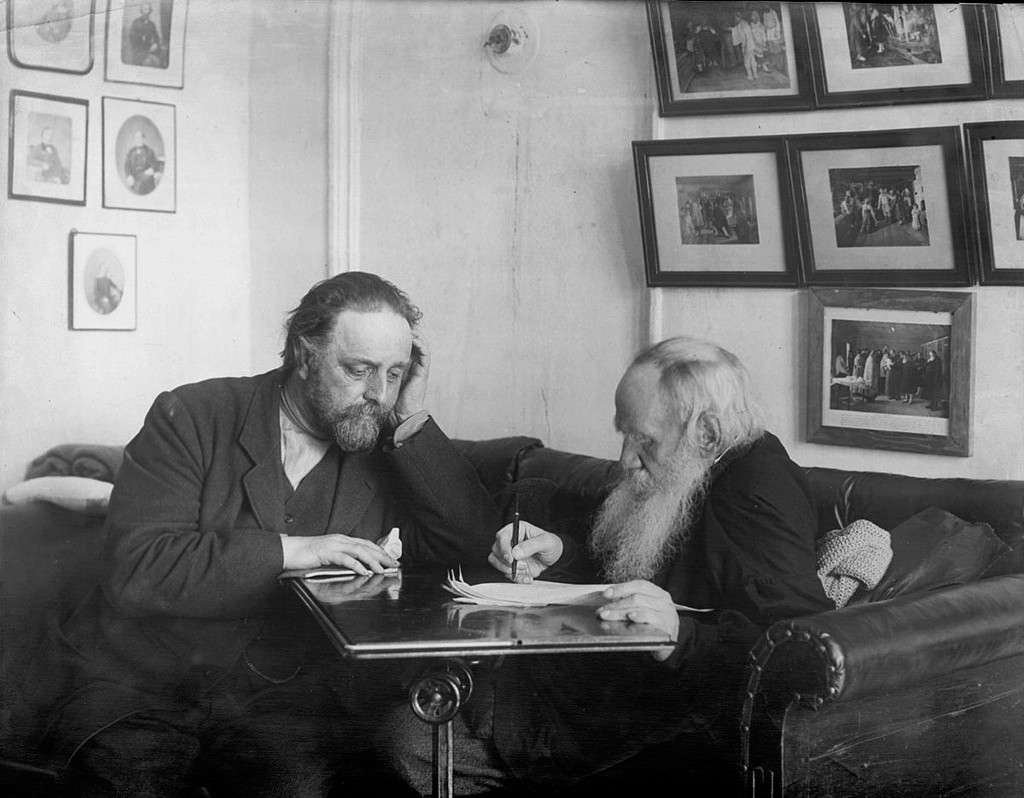 “Today he screamed out loud that his most fervent desire was to leave the family,” Sofya Andreevna wrote in her diary in the summer of 1882. A week later, another row erupted when Sofya accused her husband of having an irresponsible attitude to the family coffers, whereupon he stormed out with just one bag of personal items.

"Halfway to Tula, he turned back because his wife was close to giving birth. The next day, their youngest daughter Alexandra was born," writes Andrei Zorin in his biographyLeo Tolstoy (part of the Critical Lives series). Alexandra would grow up to be her father’s personal secretary, devoted friend and assistant. All the rights to his works he bequeathed to her.

Twelve years later, Tolstoy was itching to leave again, and even wrote a farewell letter to Sofya: “Until now, I could not leave you, thinking that I would deprive my children, while they were small, even of that tiny influence that I could have upon them.” However, he never handed over the letter and stayed put. 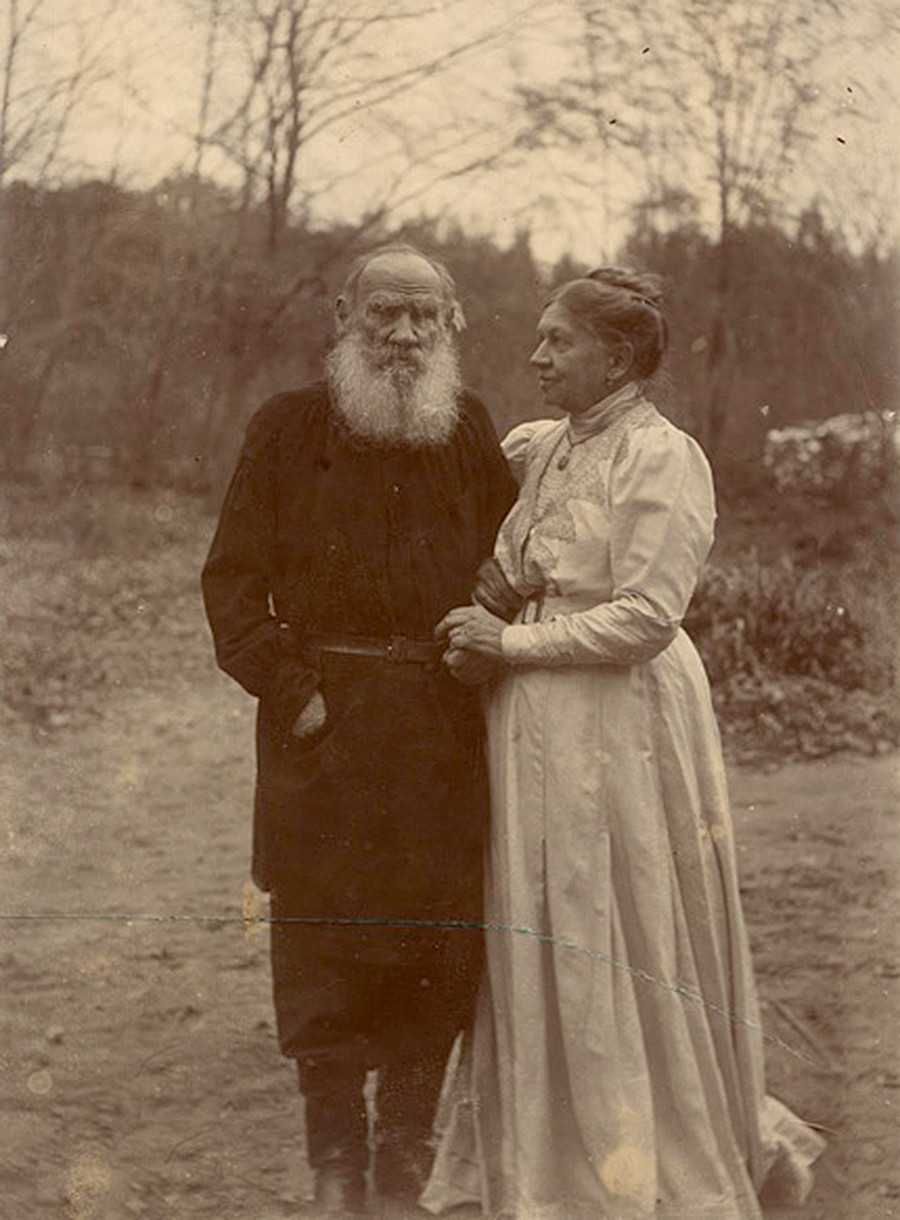 Later, Tolstoy turned down the Nobel Prize in Literature when his nomination was still only a rumor. He also did his best to avoid a large celebration of his 80th birthday in 1908.

Finally, on the night of Nov. 10, 1910, Tolstoy secretly fled, taking with him only a few things. He was accompanied by his personal physician Makovitsky, who was awakened suddenly in the middle of the night and suspected nothing of Tolstoy’s true intentions. Come morning, Alexander's daughter gave her mother a letter in which Tolstoy announced that he was leaving for good. “I am doing what old men of my age are wont to do. They escape worldly life to live out their final days in solitude and silence,” wrote Tolstoy. 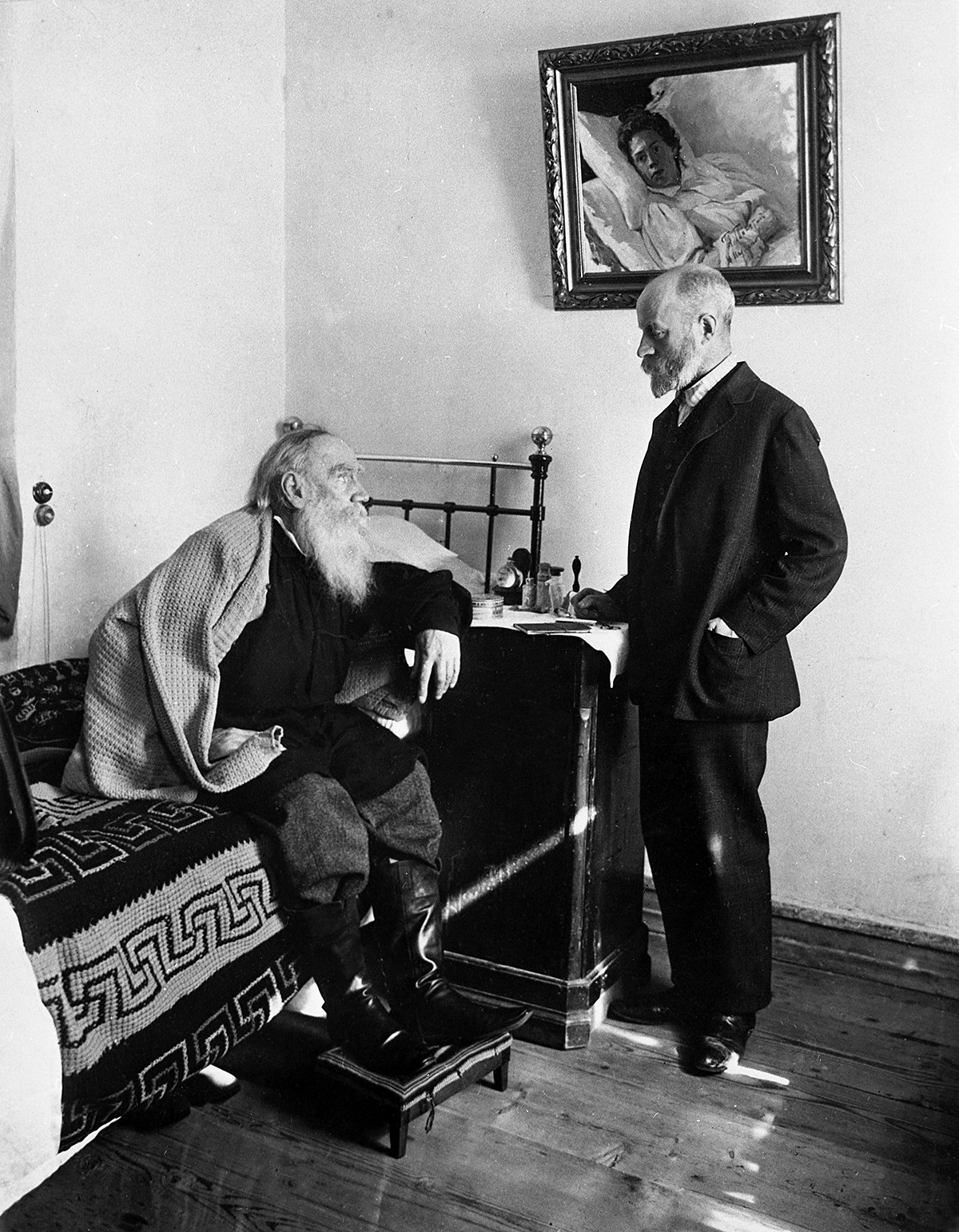 Tolstoy and his doctor, Makovitsky in Yasnaya Polyana, 1909

Sofya was in despair: Tolstoy already suffered from fainting spells, memory lapses and a bad heart. Life on the road could only end badly.

Tolstoy and his doctor decided to take a train to the nearby city of Tula. In his book Leo Tolstoy: Flight from Paradise, Pavel Basinsky writes that Tolstoy himself did not know his route or even destination: “... not only did he not know, he did everying he could not to think about it.”

The press soon got wind of Tolstoy’s eccentric act, and Tula reporters everywhere began to follow the writer and publish blow-by-blow accounts of his movements. "In Belyov, Lev Nikolaevich [Tolstoy] went to a café and ate eggs."

Taking a circuitous route, involving several train changes, Tolstoy eventually reached Shamordino Convent, where his sister lived, before deciding to travel south to Bulgaria. But on the way, he caught a cold, which led to pneumonia. His doctor decided to take the patient off the train at the next station.

Sofya telegraphed: “Lev Nikolaevich in Astapov with the stationmaster. Temperature 40°."

Today, this small railway station in Lipetsk Region bears the writer's name. In 1910, the whole country’s attention was fixated on Astapovo. On Nov. 13, a few days after leaving home, the seriously ill Tolstoy was taken to a room in the stationmaster’s house, since, despite the spartan conditions, it was the most comfortable place available. The writer was nearly unconscious and gasping for breath. Several doctors tried to resuscitate him, but he told them not to bother him and "submitted himself to God’s will." 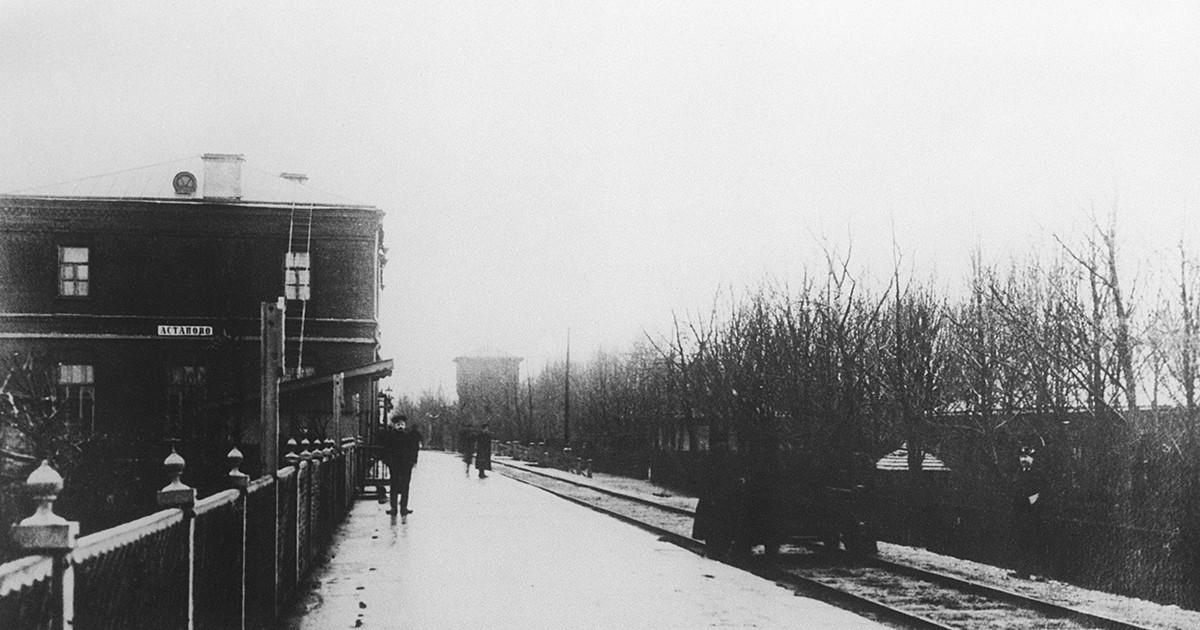 Tolstoy’s condition was of concern in the very highest circles of the land. Officials in the then capital of St. Petersburg convened meetings and issued orders to local police and station employees to report on his health as often as possible.

The first to visit Tolstoy was his assistant Chertkov. As for his wife, Tolstoy stated categorically that he did not want to see her and even feared her coming. At night, in a state of delirium, he would shout: “Got to get away, got to get away…”

All the same, Sofya did go to him, but, as Basinsky writes, “the doctors and all the children took the collective decision not to admit her and not to inform Tolstoy of her arrival.”

She was let in to see her husband only a few hours before his death, when he was already unconscious. She “approached him calmly, kissed him on the forehead, knelt down and said: ‘Forgive me’ and something else that I didn’t catch,” their son Sergey recalled. 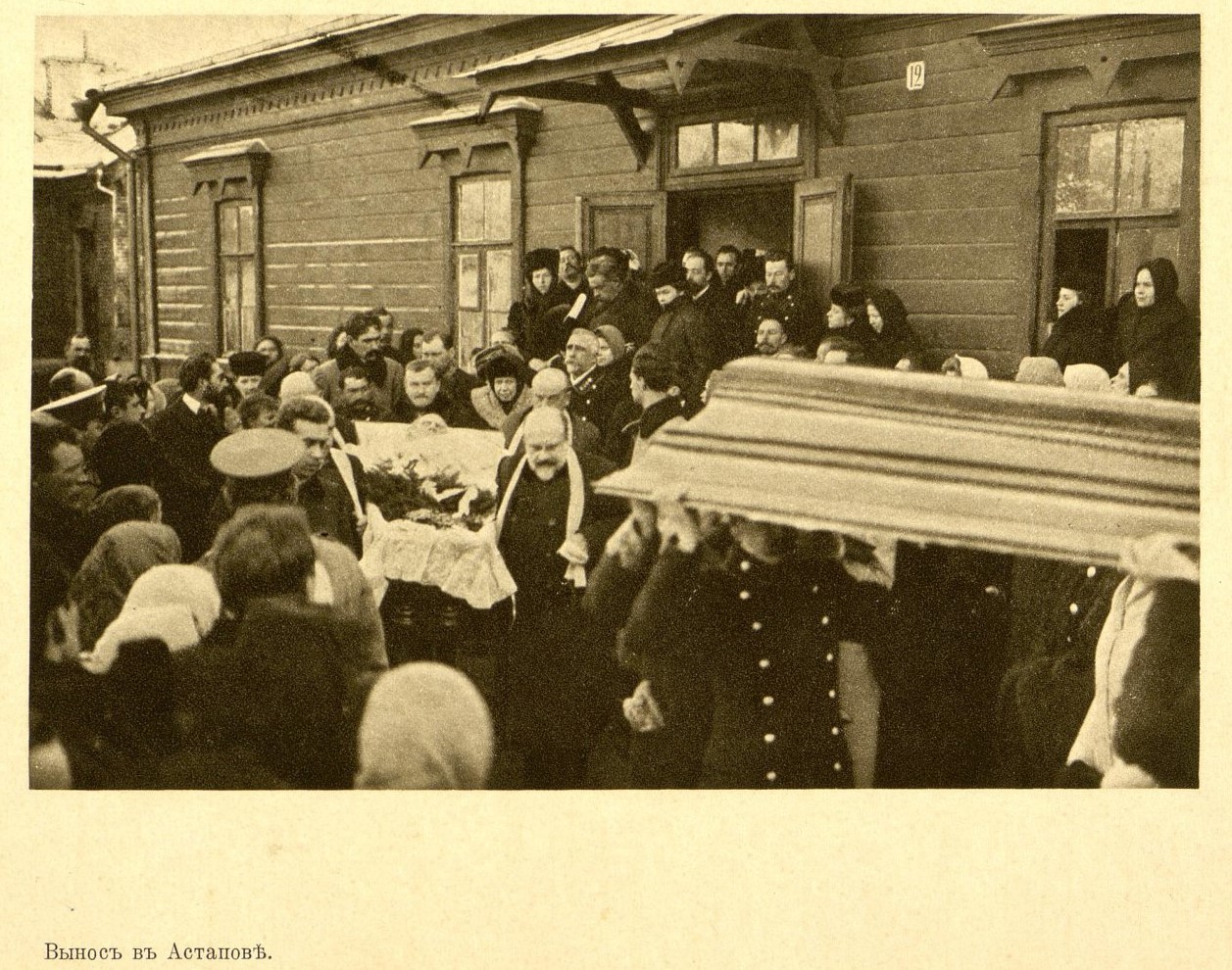 Tolstoy's body being carried out of Astapovo station, 1910

A huge crowd of people gathered at his Yasnaya Polyana estate to pay their last respects to the great writer. As Tolstoy himself had instructed, the ceremony was not Orthodox but secular, and his resting place bears no cross or memorial. He was buried under a simple earthen mound, which you can still visit today.