How LOVE was depicted by Russian artists (PICS)

Culture
Russia Beyond
Shy declarations of love, dates in haylofts and happy weddings in the middle of nowhere - take a look at these romantic moments in Russian art. 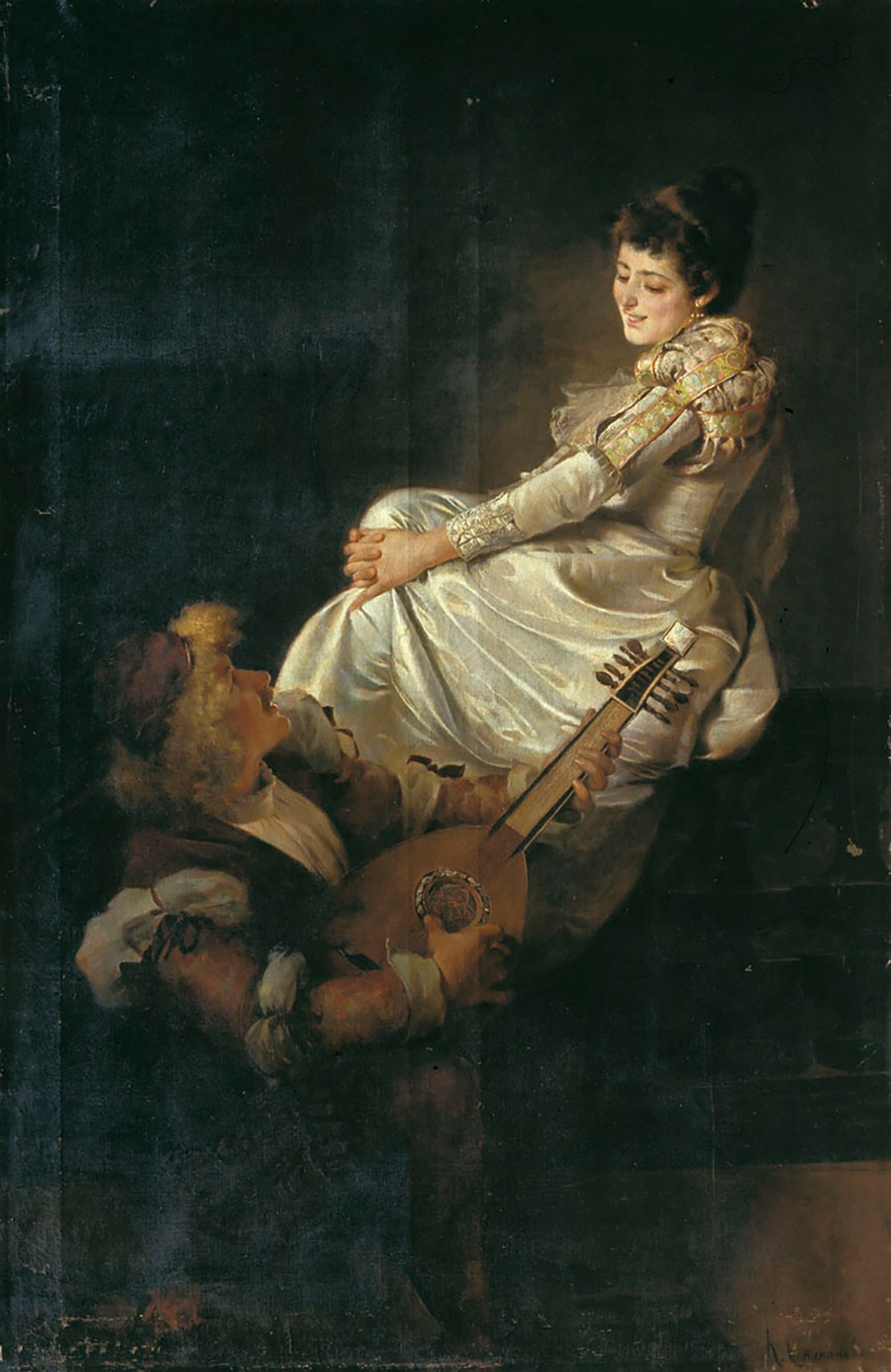 Could any woman resist when she hears a love song? It seems that this handsome guy knows the secret of seduction! 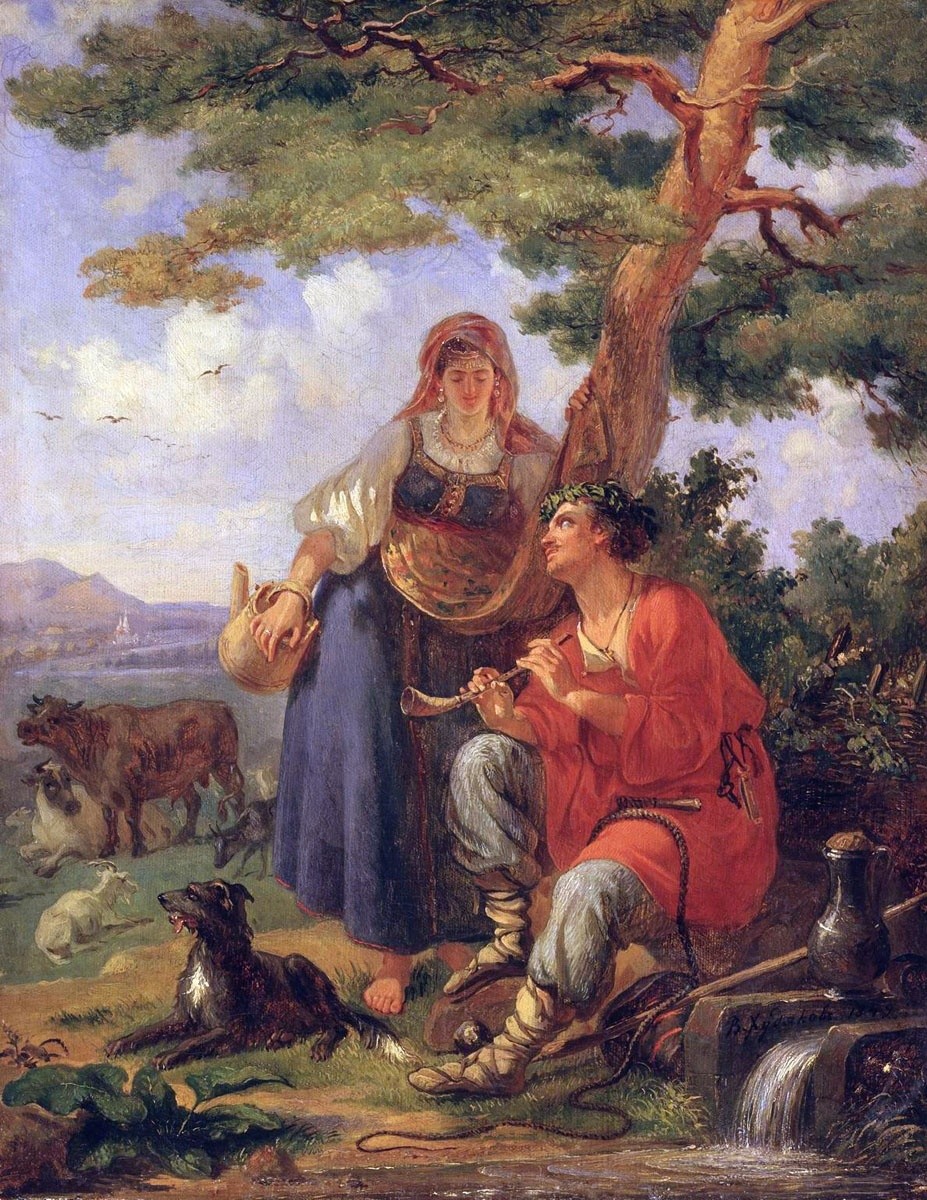 Despite this scene looking like an accidental meeting, we see the lady in her festive dress, earrings with big gems and a kind of tiara on her head. 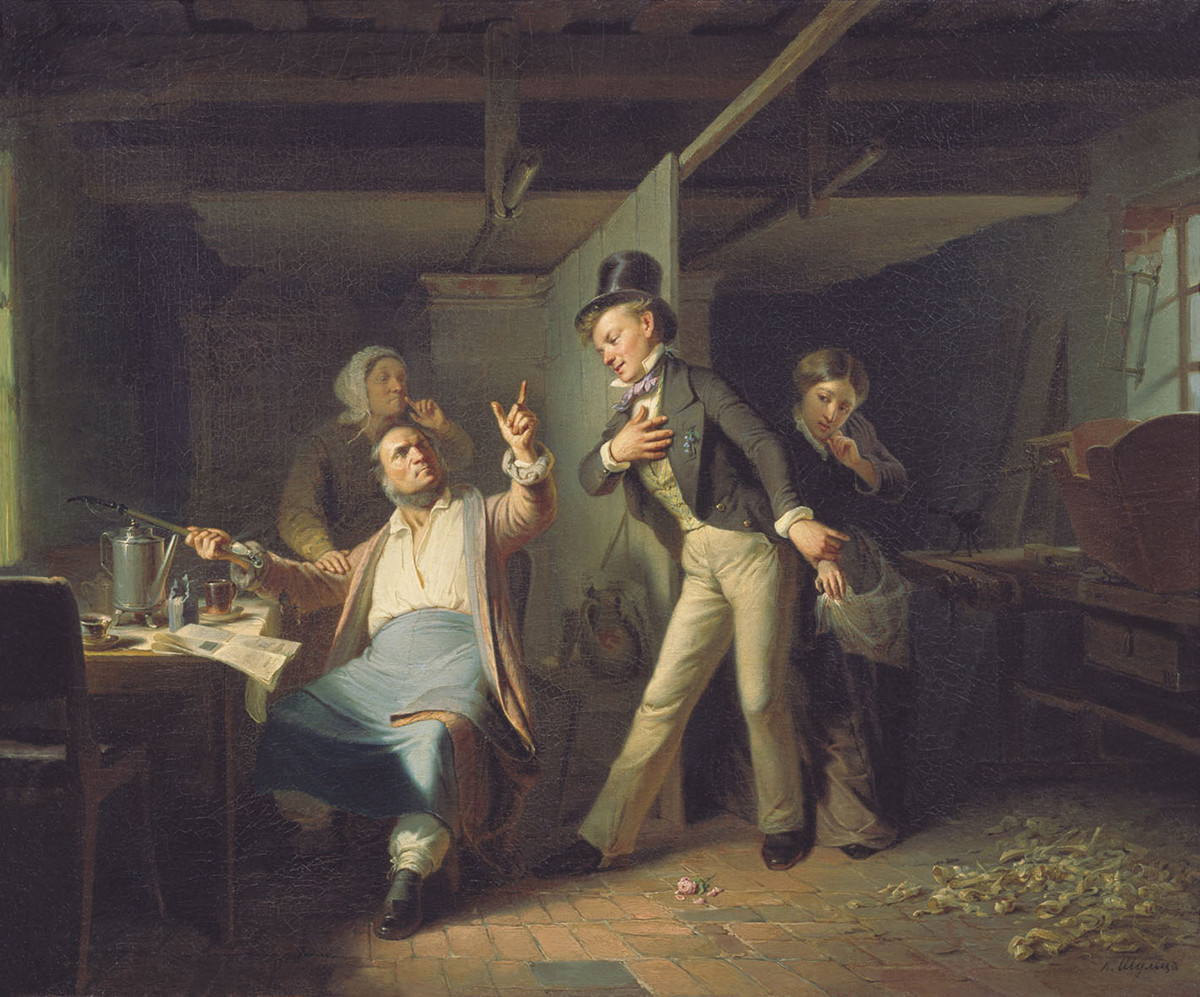 A carpenter’s apprentice asks for the hand of his master's daughter, 1856. Carl Schultz

Museum of V. A. Tropinin and Moscow Artists of his time, Moscow

The artist masterfully depicted a traditional domestic scene for his time. The poor student, wearing the most solemn costume, assures the father of his bride of his sincere love. The father doesn’t seem to believe him very much. 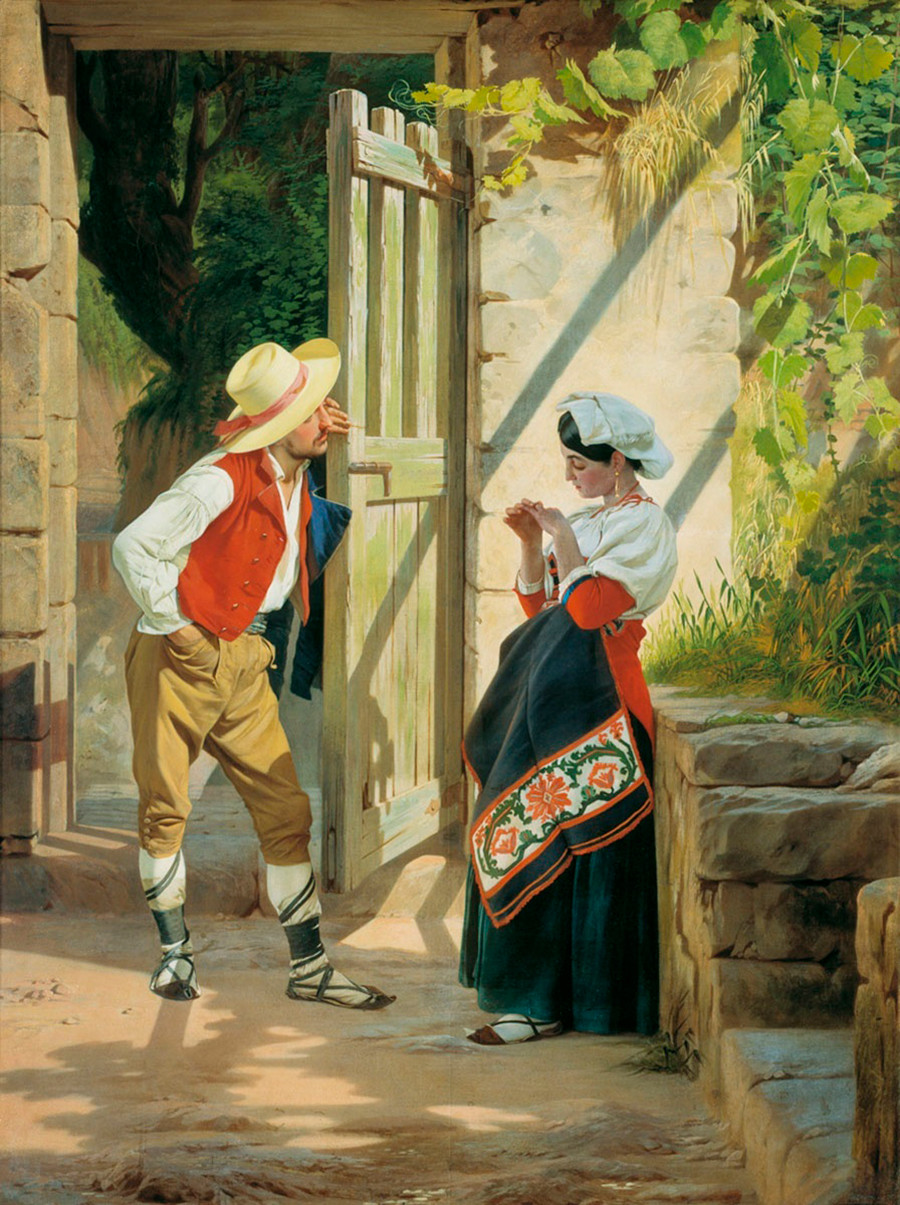 This scene was seen by the artist in Spain while on his travels. It depicts a lovers’ date on a hot summer day. 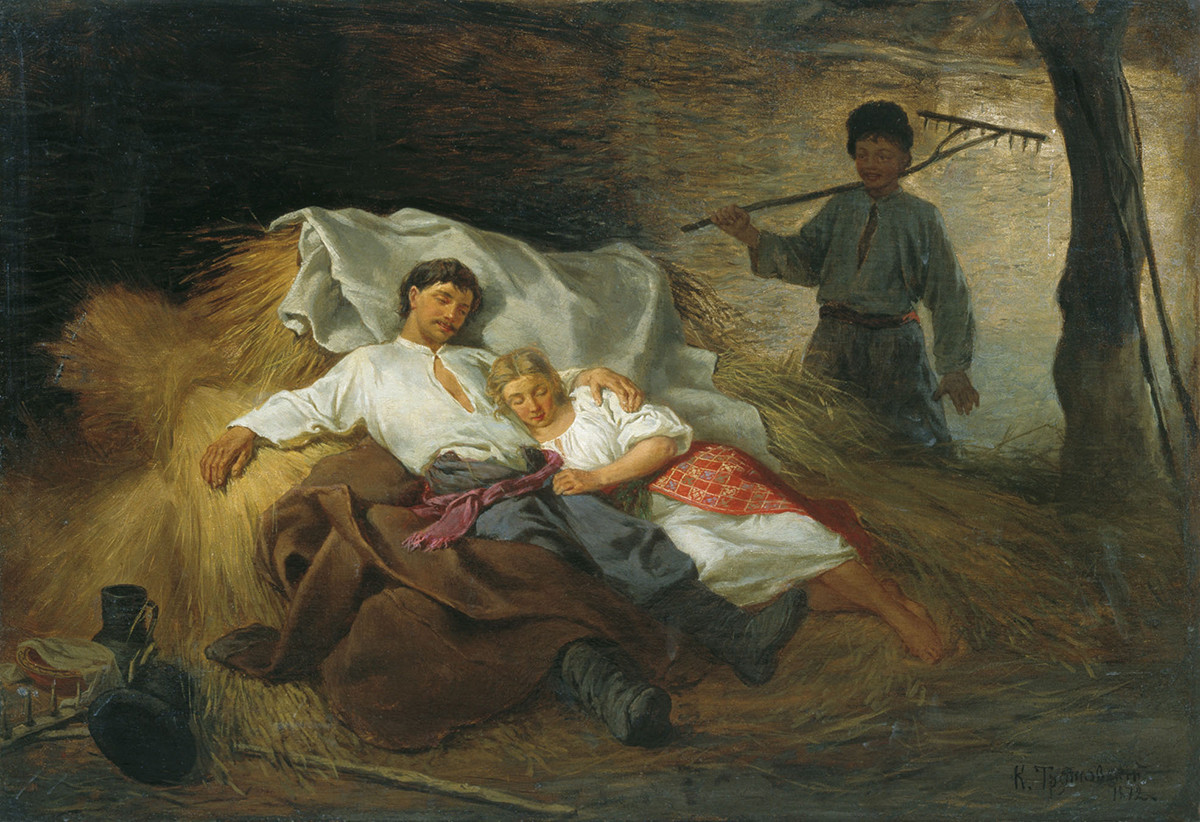 In a hayloft, 1872. Konstantin Trunovsky

Trunovsky devoted many of his artworks to rural life, depicting wonderful landscapes and the everyday situations of its dwellers. This is one of the most romantic of his paintings, when a couple rest in a hayloft… spotted by a local boy. 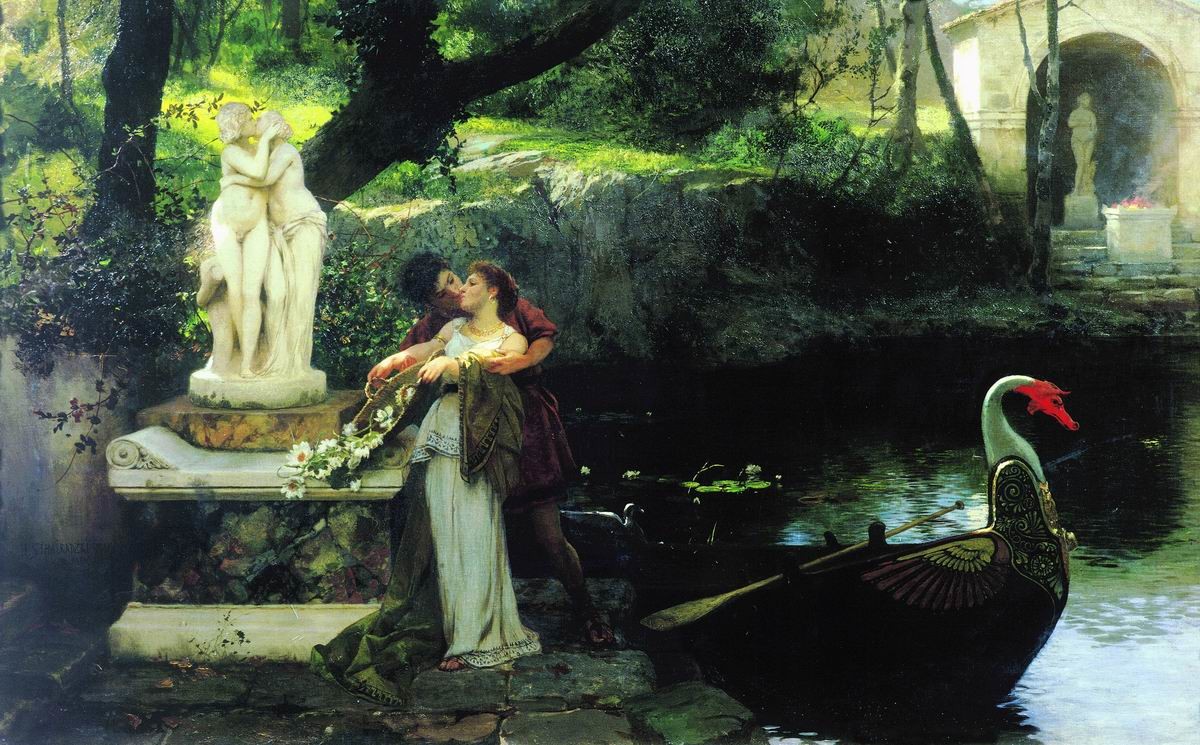 Following the example of the gods, 1879. Genrikh Semigradsky 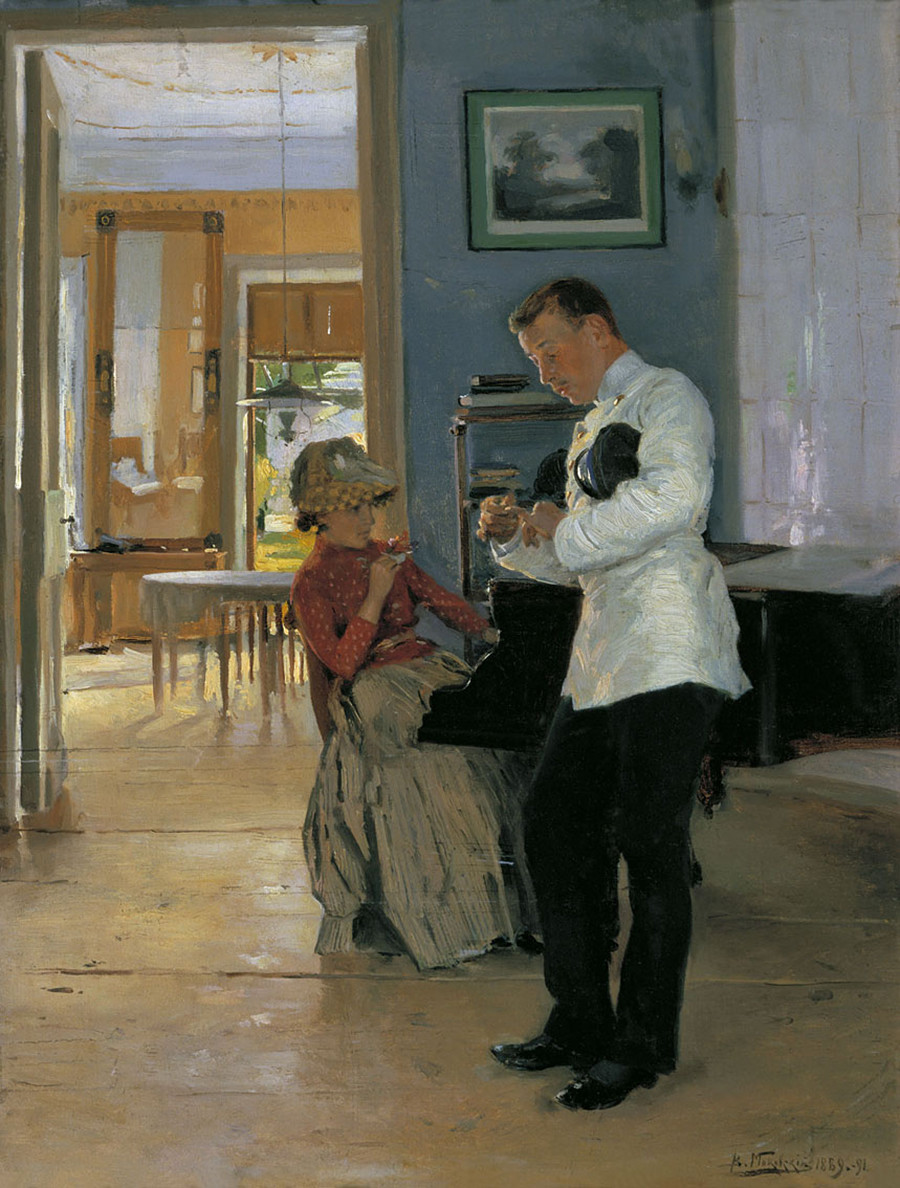 This very sincere and romantic painting depicts the declaration of love. A young man has come to his beloved to open his heart. She was playing the piano and didn’t expect his visit. Both look confused, but happy. 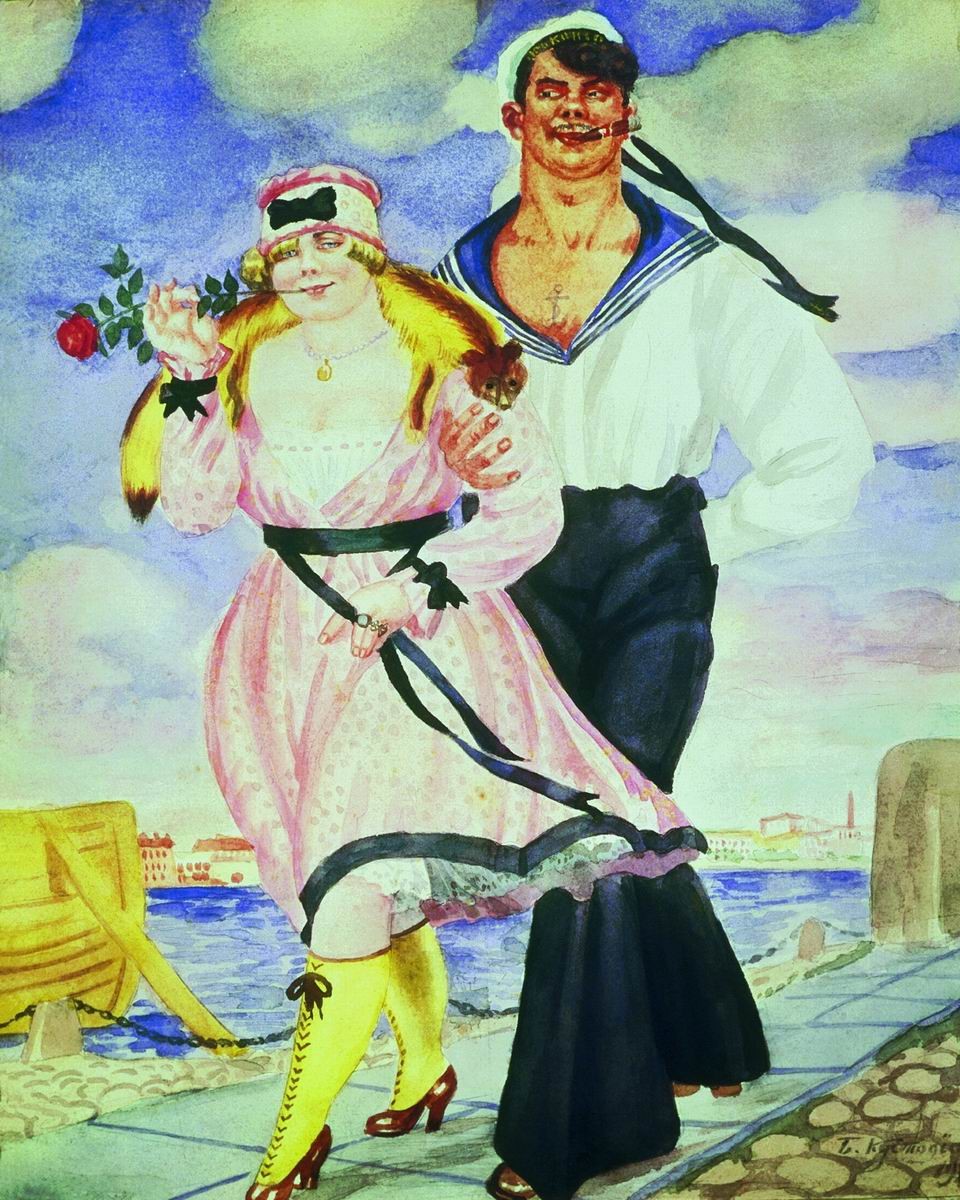 A sailor and a sweetheart, 1920. Boris Kustodiev

A merry sailor is walking with his lady who is wearing the most trendy dress of the 1920s. Wrapped with a fur cape with a fox’s head and holding a rose in her mouth, the woman looks very eccentric, but her cavalier isn’t too modestly dressed, either! 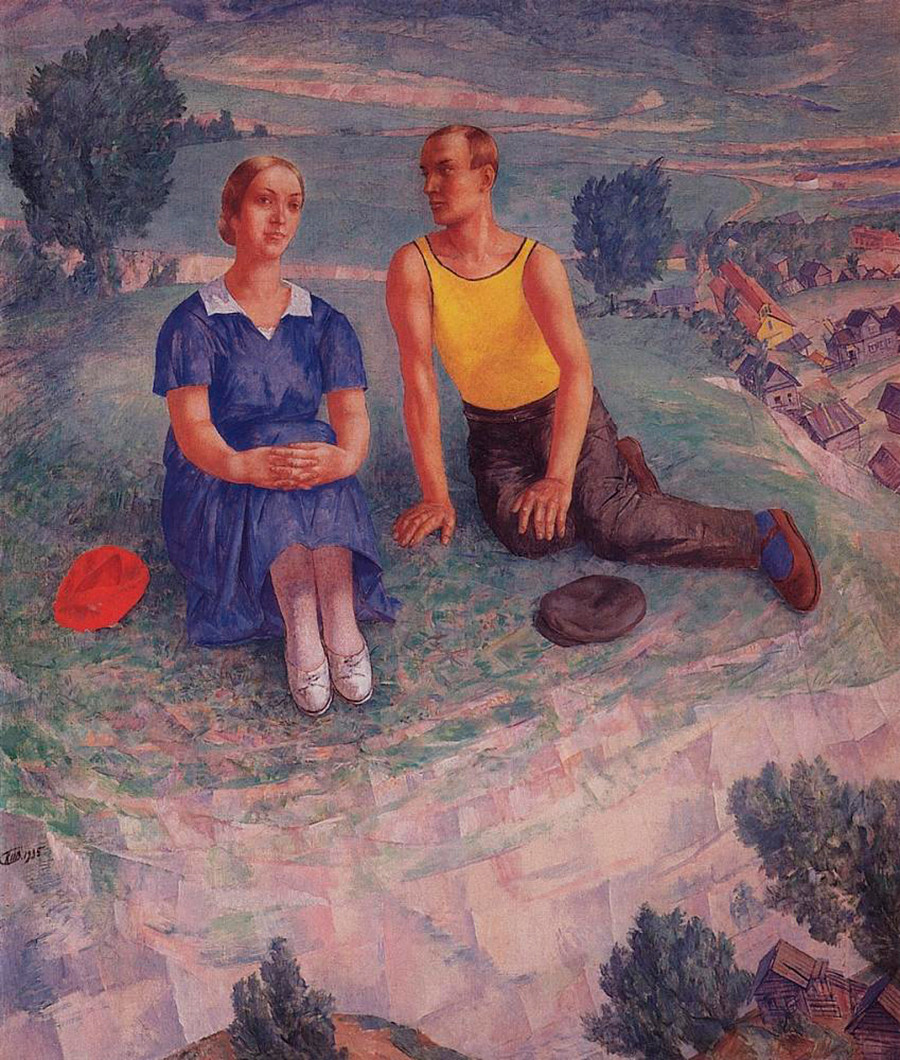 This artist depicted, in his very recognizable style, courting in the countryside. In spring, nature is waking up, and people attempt to find their love, too. 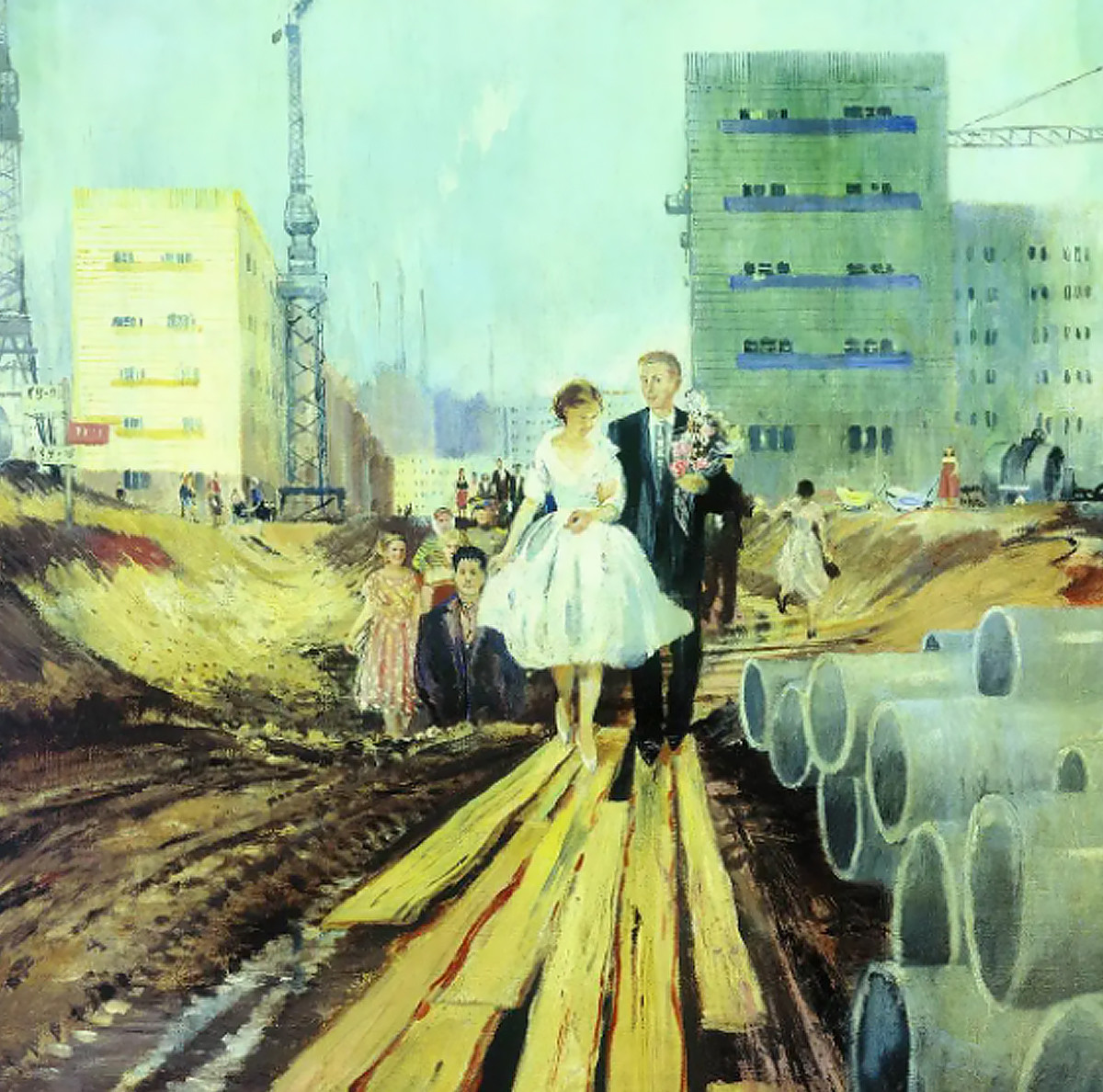 The artist devoted many of his works to the young people who built communism. This newly married couple looks happy even walking on a street under construction surrounded by an unfinished residential complex.