1. Calling in the special forces

In June, this video of an unusual marriage proposal took Russian social media by storm. In the video, the special forces stop a car, pulling out a couple and pressing guns to their heads. The soldiers then claim to have “found” a bag with white powder in the car. The woman looks scared. But in the end, they tear up the bag, pull out a wedding ring and the guy proposes to his girlfriend. She said yes.

This is not the only case when a man popped the question in such a strange way. In 2016, the same thing happened in Ussuriysk (in Russia’s Far East), when armed people stopped a woman in a car and then it just turned out to be a proposal. In 2015, the special forces simulated another woman’s arrest–she said yes too.

Daniel and Valentina were on a flight from Moscow to Tyumen. In the sky, the young man proposed to his love, having arranging everything in advance with the crew. After arriving, Valentina wrote about this “fateful flight” on Instagram. “I just got aboard the plane as a girlfriend and got off as a bride!" she wrote.

3. Make it seen from above 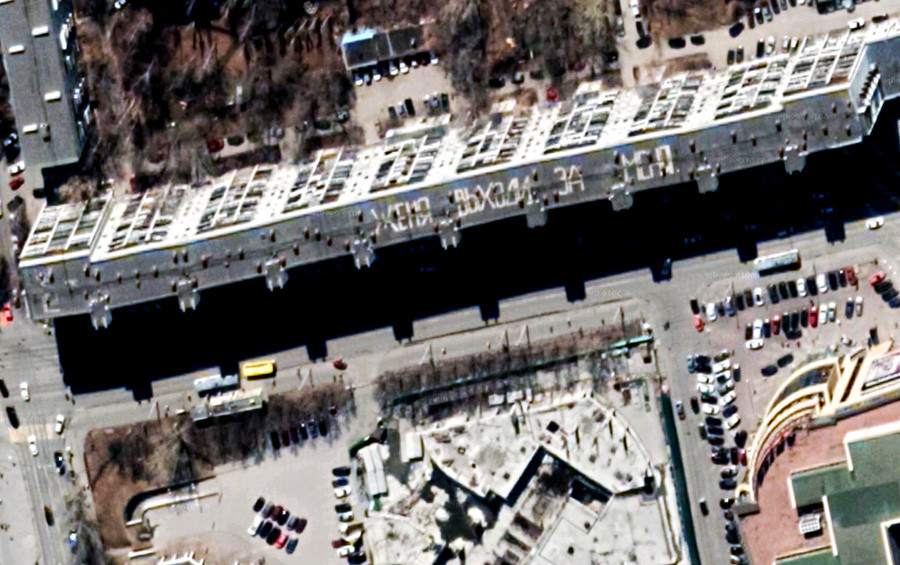 In Yekaterinburg, someone left the inscription "Zhenya, marry me" on the roof of an apartment building. A few years later, it has become a local landmark. We don’t know if the woman accepted the proposal and can only hope she said yes. The inscription is still visible on Google maps.

4. During a winter competition

A race at the Universiade 2019 in Krasnoyarsk finished in a very romantic way. While hosts were discussing the awards with a young woman working as a volunteer, a young man approached them and asked for her hand in marriage. As it turned out, he also worked on the competition’s organizing committee. He said he just wanted his girlfriend to remember this Universiade forever.

5. Instead of a washing machine

Another proposal from Krasnoyarsk. During break at a hockey match, spectators were given the chance to win a washing machine for sending a text message. When the winner, a young woman, was called out onto the ice, she got a box with a wedding ring instead of a washing machine. Everything had been arranged in advance by the groom.

6. With the help of eggs 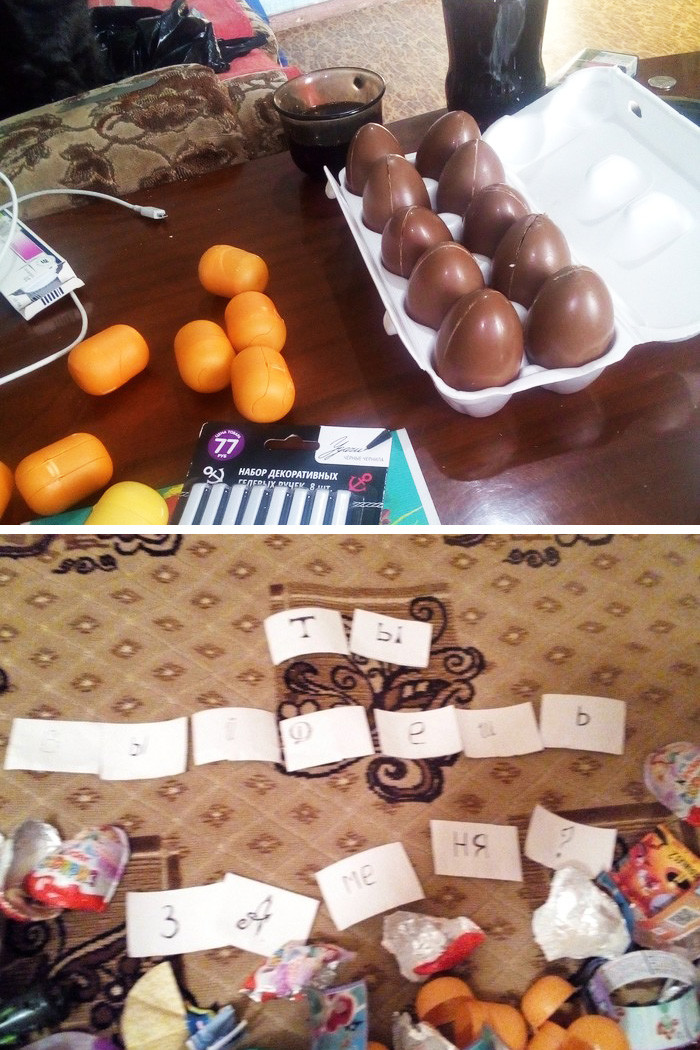 Another young man decided to make his proposal not only romantic, but also delicious. He bought chocolate eggs and put notes in each. When his girlfriend came home, he asked her to collect them all. She found all the notes and put them together to reveal the phrase "Will you marry me?” Of course, she agreed.

In Yakutia, a man chose a very exciting moment for his proposal: while skydiving. Down on the ground, the couple’s friends held up a banner with the marriage proposal so that it would be visible as they were coming back down to earth. "I saw the inscription: My love, marry me! This is twice as exciting as just the jump, I did not expect this," she said.