How much does it cost to get married in Russia? 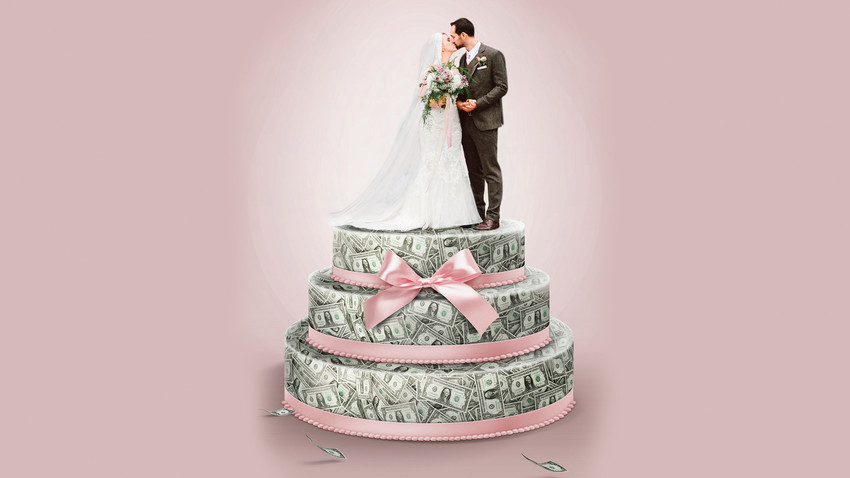 Getty Images, Nom & Malc/Flickr
Newlyweds talked to us about how long they saved up, what the most expensive thing was and whether one should take out a loan to celebrate the occasion.

An average wedding in Russia consists of registering at a ZAGS (the Marriage Registry Office), then an outdoor photoshoot with some beautiful scenery or landmarks, and finally, a massive dinner celebration at a restaurant. An application can be filed no later than one month in advance.

Strictly-speaking, there’s only one necessary step officially - the state tax (in 2019 it rose to 350 rubles, around $5). All other expenses depend on what the newlyweds can afford: some go for lavish old mansions, others opt for a wedding agency (about 10 percent of the total cost of the ceremony), while others still opt for a modest dinner with friends and relatives.

We asked several average-earning couples to gives us the lowdown on what they’d spent on their weddings. 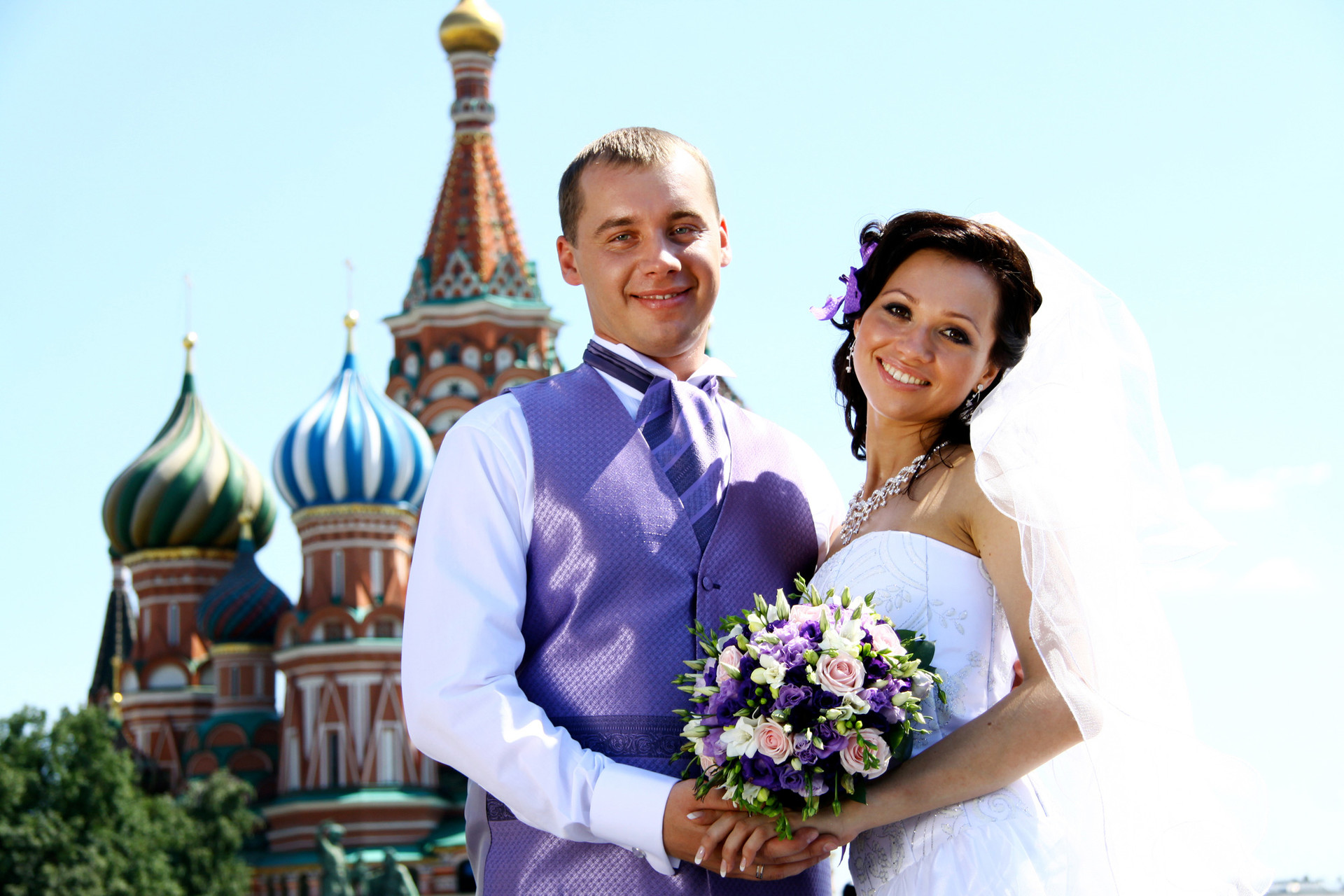 Tim is a U.S. journalist who married a Russian in 2009. The wedding was held in Moscow. First thing the newlyweds did was rent a large van to drive around town and take pictures. “We mostly did Red Square because my wife thought that is what my family would like to see, and she was correct”, Tim remembers.

The large banquet was held at a dacha. “Cooking all that food took like 3 days.”

The entire affair ran the couple about $3,000, including the rings. 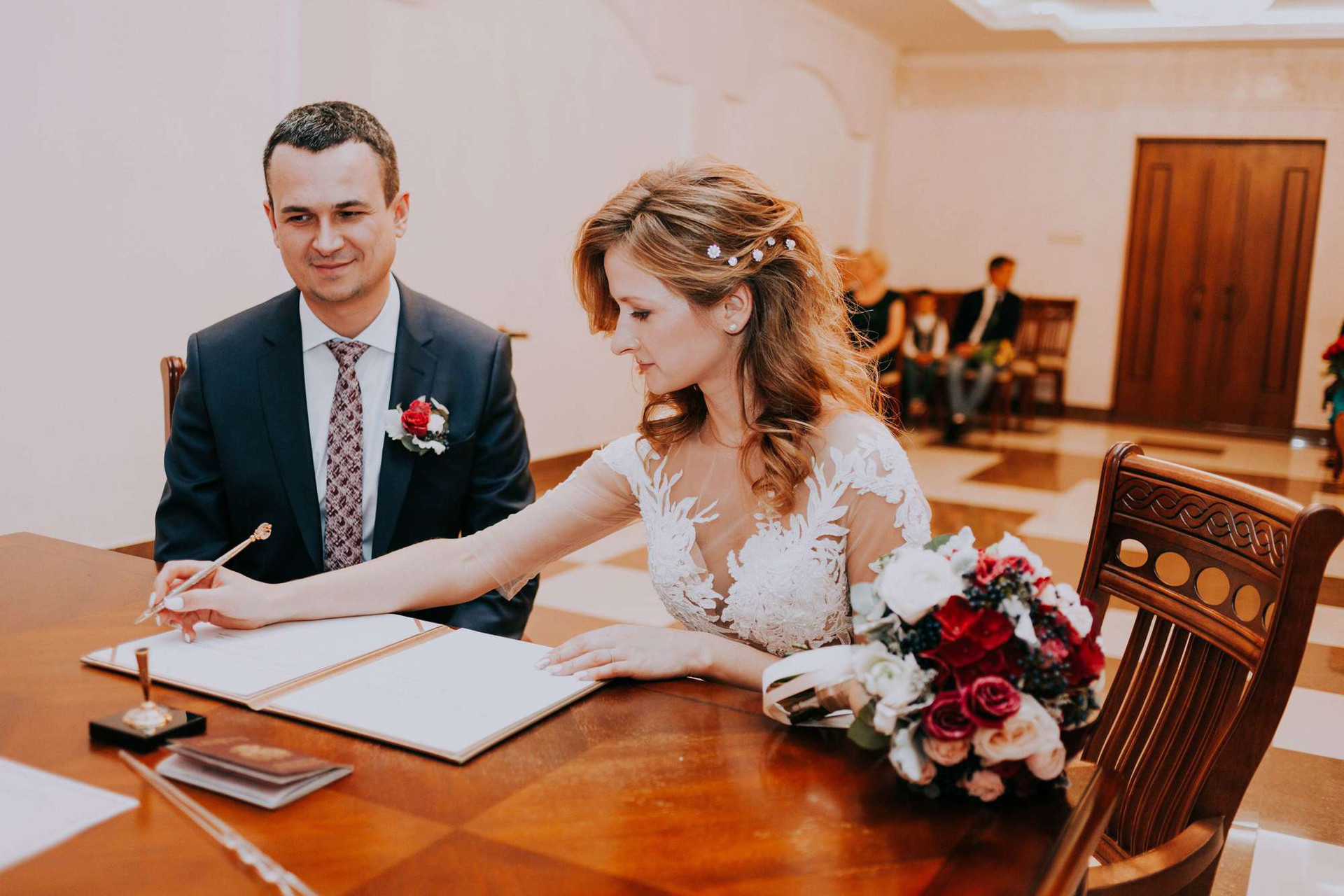 Julia moved to Yekaterinburg from Moscow to be with her boyfriend, who was working there. They decided to hold the wedding in the Urals capital in 2018. Only a close circle of friends and family was in attendance.

“In the morning we gathered at the studio for a photoshoot. At noon, we traveled to the Registry, before moving to one of the best restaurants in the city, at the Yeltsin Center.”

“We also had an art party - everyone drew under the tutelage of a painter. Our parents had only been introduced at the wedding. So it turned out to be a team-building exercise. Everyone took home a painting.” 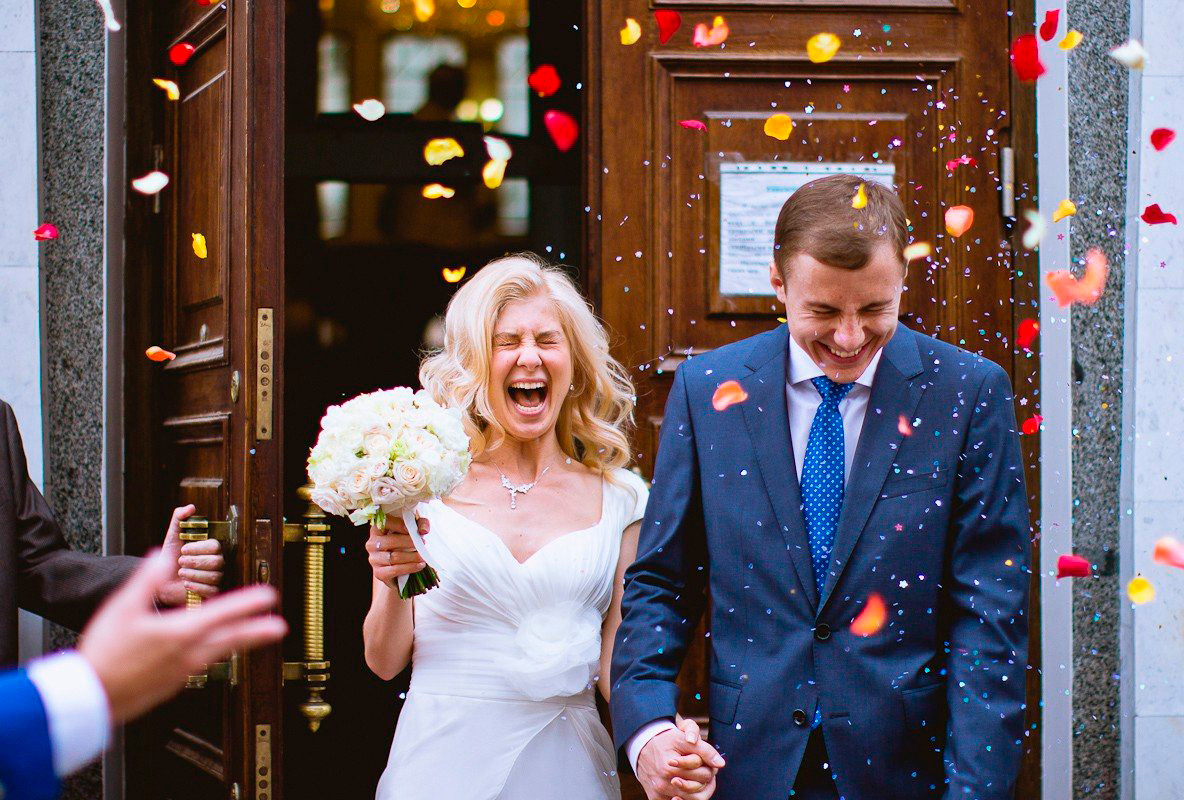 “Our parents wanted a real banquet and offered to pay, but we wanted to do everything ourselves,” says Maria, who married in 2015.

Registration and dinner for 30 were held at Griboyedovsky marriage registry - the most famous spot to tie the knot in Moscow.

The wedding took three months to plan, and the only thing Maria had to save up for was the wedding dress, which was tailor-made from high-quality cotton. Maria won’t say the exact price, but says it was more than 50,000 rubles ($775). She’s planning another photoshoot with it in future. 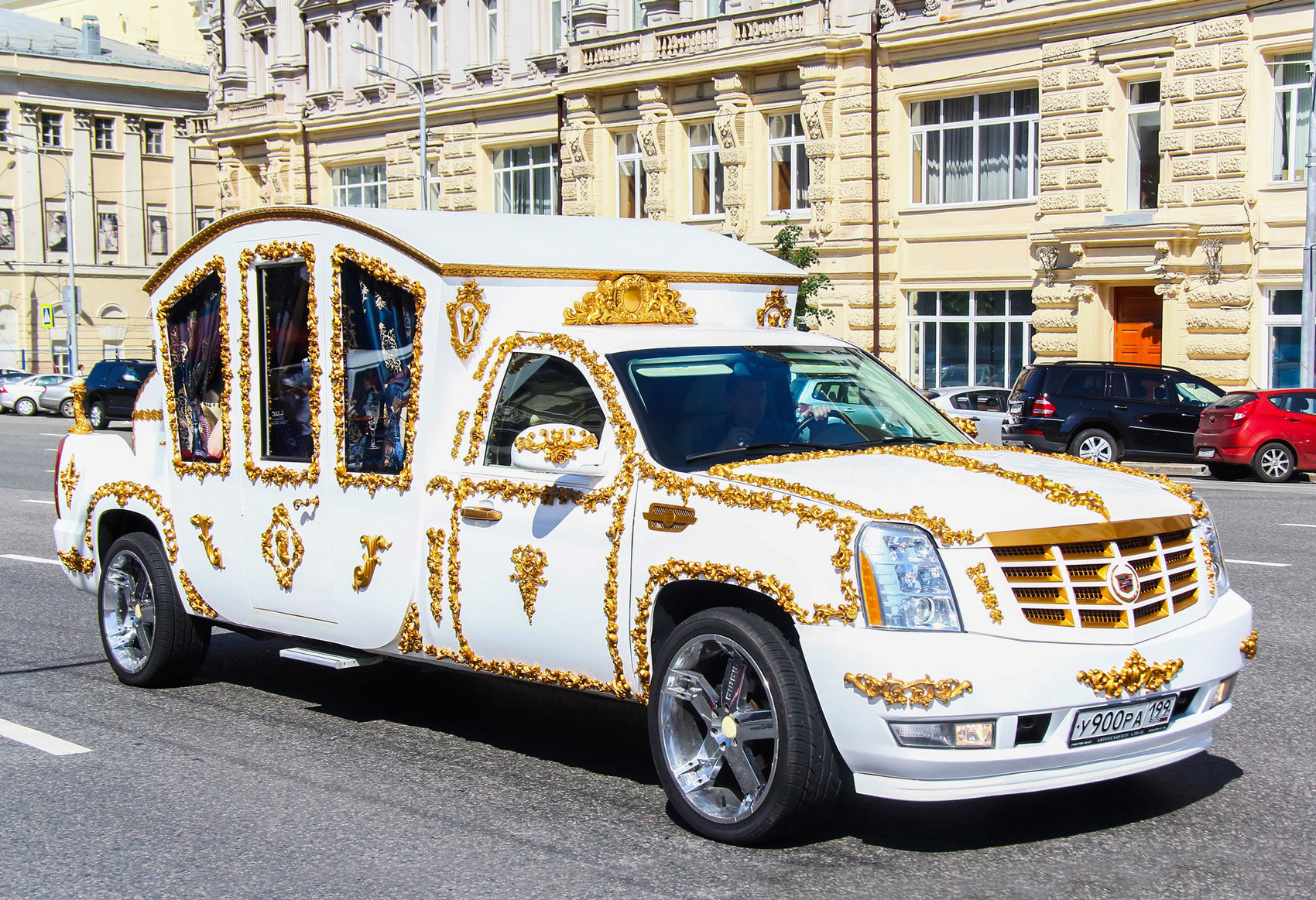 “I didn’t want a big wedding, thought it would be better to save up for a nice honeymoon trip, but my parents insisted on a classical wedding, and insisted they pay for the whole affair,” Yekaterina says. “They refused to take our money and covered the entire cost. They even had to borrow to make it work.”

The wedding lasted for two days during the summer of 2018: first the traditional signature exchange at Griboyedovsky, then a fairy ride down the Moscow for the newlyweds. The second day the party moved to a country club in the suburbs. The tent cost about 120,000 rubles ($1,850), a 70-person banquet at 5,000 rubles each ($77), and the dress was more than 30,000 ($460). “I deliberately went for a non-traditional, milky hue, so as to be able to wear it on other occasions”, Yekaterina says. 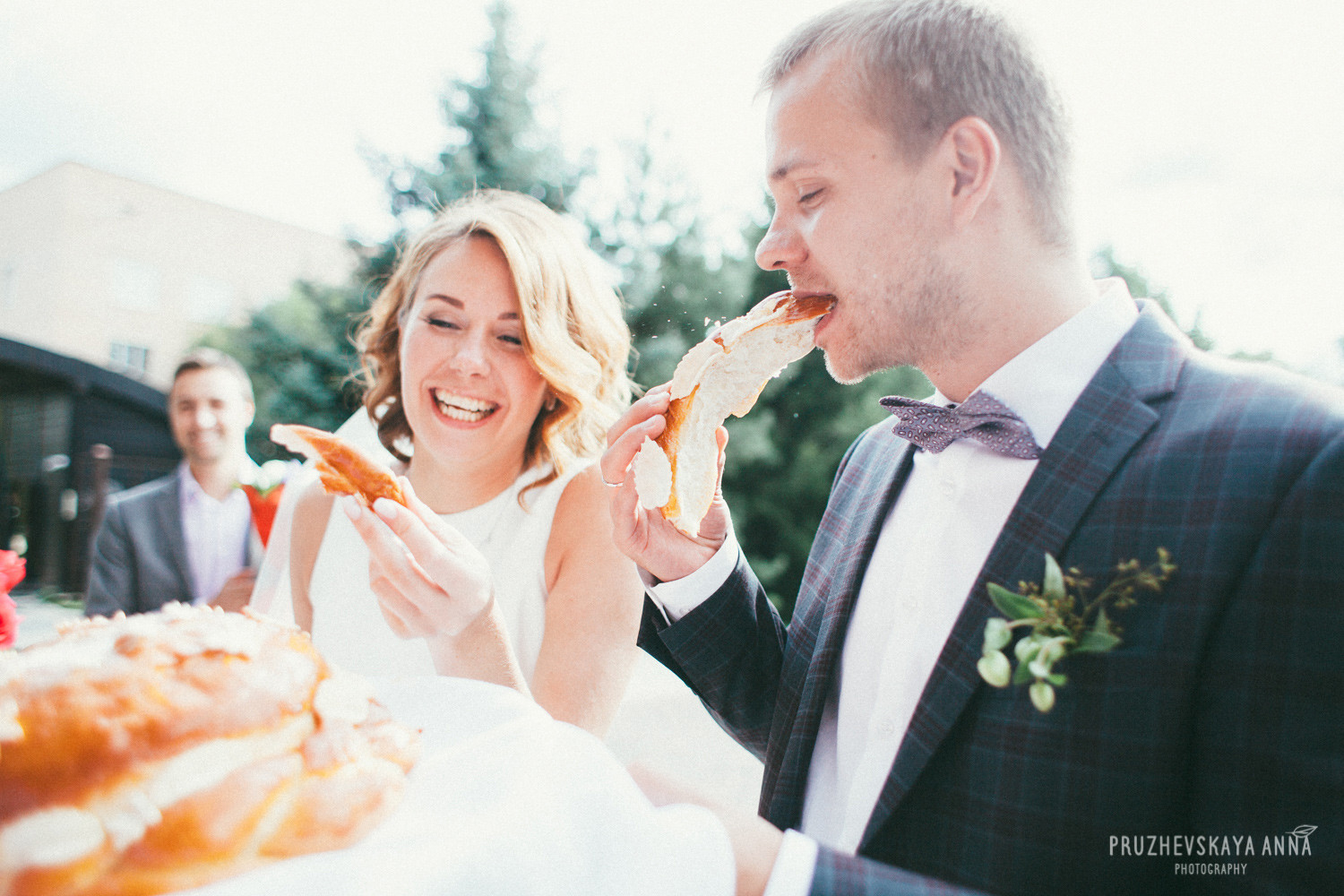 “When we were planning our wedding in 2016, I started asking couples I knew how much they had to spend, and everybody would say it was at least half a million - even those who had a relatively modest reception,” Anna remembers. “I thought, perhaps, they hadn’t had time to properly organize everything, and that my experience would be different, me being the queen of task management.”

Different options were discussed, ranging from a trip to Sochi to just a country club. In the end, by complete accident, as they were taking a walk around VDNKh, they spotted a recently opened restaurant with beautiful panoramic windows not far from where the ceremony was to be held, and decided it would be perfect.

“I had hoped to limit the cost to 200,000 - maybe a maximum of 300 - so, we didn’t save up especially, just paid it all out in instalments. If someone had told me that we’d be spending upwards of half a million rubles, I’d have cancelled the whole thing,” Anna says.

“Right now I can’t imagine how I could possibly save money here, but I have no regrets - everything was beautiful.”