Why Russian men turn into henpecked husbands (and enjoy it) 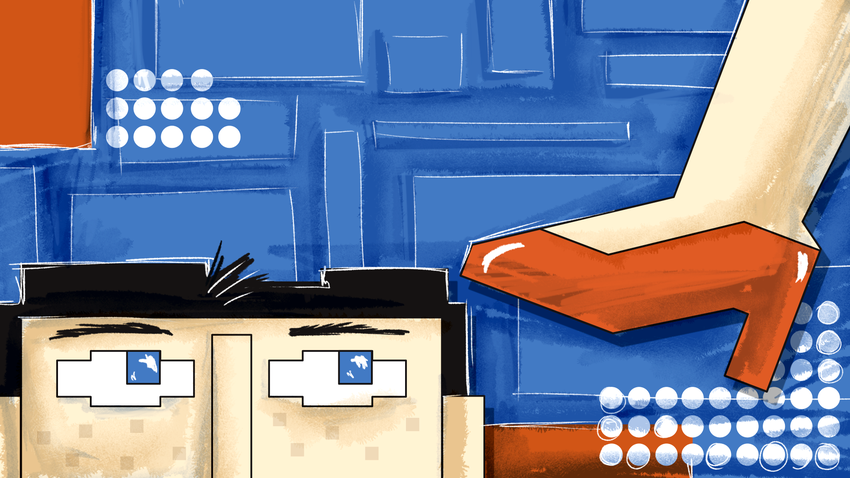 Natalya Nosova
To listen to men talking, they are all tough guys who are in charge of everything at home. But they are lying. It’s their wives who in fact wear the trousers.

I had a friend at school. His father, Uncle Vitya, was a loud and quarrelsome man, who enjoyed drinking and berating everyone around him - the neighbors, our football team, and even Brezhnev, albeit in a low voice. Uncle Vitya made a lot of noise at home, in the street outside the house, and at work. But there was one person in whose presence he went quiet - his wife, Aunt Larisa. No, she was neither a harpy nor a harridan - she was an ordinary Soviet woman and a perfectly nice person. But in her Uncle Vitya became amazingly meek. Sometimes, after a drink or two, he could fly into a temper. Then Aunt Larisa would say severely: "Vitya, calm down!" And, after grumbling a bit to save face, he would go .

At the time, in my childhood, I used to be greatly surprised by it: How could a man with such an unbridled temperament go as soon as he heard his wife's voice? Later I observed similar things in other families. And I have reached a very simple conclusion: Russian men are henpecked husbands. And they don't feel the slightest discomfort because of it. On the contrary, they actually enjoy it. No, of they don't admit it. They hide it. To listen to men talking, they are all tough guys in charge of everything at home. But they are lying. It is their wives who, at home, are in charge. It is their wives who are the tough ones.

At the same time, it is not that simple. Russia is a patriarchal country. In politics and business, this patriarchal attitude persists. A woman who aspires to become president provokes ridicule and even contempt. A woman who manages to set up an effective business often arouses suspicions that she has been helped either by her husband or her lover.

But the situation in the family is completely different. It is a performance that millions of Russians act out on a daily basis. Relations are based on a canny formula. Formally, the man is the head of the family and appears to decide everything. The wife appears to pay heed to his every word. But in the overwhelming majority of the exact opposite is true. It is the wife who decides everything - from the color of the wallpaper to where to go on holiday.

I've had the experience of two marriages. In the first, I really tried to play the role of the one in charge. I earned much more than my wife and it was I who decided where to go and what to buy. That often led to arguments because my wife was not prepared to obey all my decisions. And gradually I myself grew tired of my role as leader. Why bother, if there is a wife who can resolve many of the problems herself and will do it much better?

In my second I completely changed tack. My wife took care of almost everything, while I jokingly called myself henpecked. And that suited me. I know families where the husbands are businessmen, earning a lot of money and in charge of hundreds of employees. They are real bosses at work. But as soon as they enter their own home, they become quiet and resigned. At they have their own bosses - their wives.

For a long time I have tried to understand this phenomenon: Why are Russian men ready to be henpecked and why doesn't that in any way clash with their famous Russian temperament, even when a man is used to being the boss at work?

I think the problem here lies in the dysfunctional family model which emerged a long time ago under socialism. Men worked hard for long hours, and they had almost no time for the children. In Soviet daddy is always either at work, away on business, at the front, or in prison. Women - the mummies and grannies - had to take care of everything. Russian women are very strong; they are the strongest women in the world, I can say with pride and sadness. I, too, was brought up by my mother on her own since my father was a geologist and was always away on expeditions or some exciting travels. He loved hunting and kayaking down rivers on his own. And boys like me were growing up under the supervision of grandmothers and mothers who were mainly responsible for bringing them up. From their childhood, boys got used to obeying women and to the fact that women decided everything. And fathers were either relaxing in the evenings undisturbed, or were giving their sons a clip round the ears for poor marks at school, and their pedagogical responsibilities stopped at that.

Also, fathers used to drink a lot and so did not arouse excessive sympathy. So it was only natural that when a boy grew up he already accepted that a woman could be in charge at home, and it was a normal thing for him. He was ready to obey his wife. And to obey his mother, of course - hence these eternal conflicts in Russian families between a man's mother and his wife. Two strong women can't live peacefully side by side and share one man.

Something might change in Russian families in the not too distant future since women themselves now work a lot, are ready to give up many of their family responsibilities, and do not want to decide everything themselves. But it seems to me that our men are not keen at all to stop being under their wives' thumbs.

This column is a personal view. Russia Beyond does not necessarily share the author's opinion.