Just how sexist is Russia? 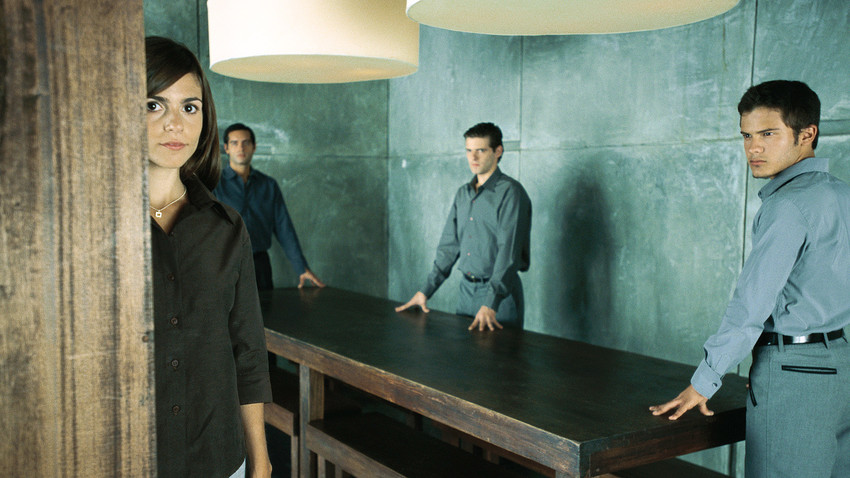 Getty Images
In polls, Russians say they stand for equal rights, but the reality is quite different.

In October, a schoolteacher in the city of Saratov asked to write about gender roles at home. After one schoolgirl wrote down exactly the same tasks for men and women - cook, wash dishes, tidy up the house, clean clothes, and pick the kids up at school - her sister took a photo of her notebook and posted it on Twitter with the words: “I think my sister handled this idiotic sexist task just fine.”

The tweet went viral on the Russian Internet, and not because of the task.

“Still sexist,” tweeted back one male user. “Where are drilling into walls, fixing furniture, taking out the trash, repairing the car, etc., etc.?”

Like many countries, Russia has a long history of mistreating women, and before 1917 it was a patriarchal society. Among the upper  women were viewed primarily as possessions and 'trophies' confined to the home. While peasant women worked just as hard as their menfolk, they were still strictly subordinate to their husbands, and brothers. The issue of sexism was never raised because no one could imagine that life could be otherwise.

With the advent of Soviet power, however, women became comrades and were given the right to vote, as well as equal rights for education and labor. All women, even former noblewomen, had to work as much as men. Soviet women fought during World War II, explored space and conquered Mount Elbrus. And nobody discussed sexism because salaries around the country were more or less the same.

Times have changed, and today women are not forced to work - there is no law on social parasitism as was the case in the Soviet Union – but still, most do. Therefore, the issue of equal rights is relevant.

Gender equality, except in politics 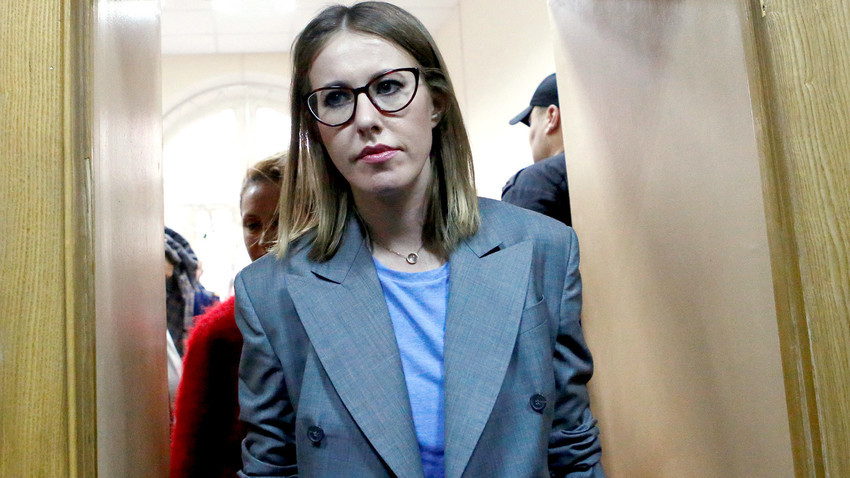 Russia ranked 75th in the 2016 Global Gender Gap Report of the World Economic Forum that evaluated 144 countries. This result is worse than in 2015 when Russia was 53rd. Interesting fact – Russia ranked 40-45th in terms of economic, education and health opportunities, but only 129th when it came to political empowerment.

The recent news about famous Russian journalist and socialite Ksenia Sobchak’s plans to run for president, and the reaction of many Russians, has highlighted the rare presence of women in politics.

There are only 64 women among the 446 deputies in the Russian State Duma, and female ministers are very rare. There have only been 14 in the last 100 years! 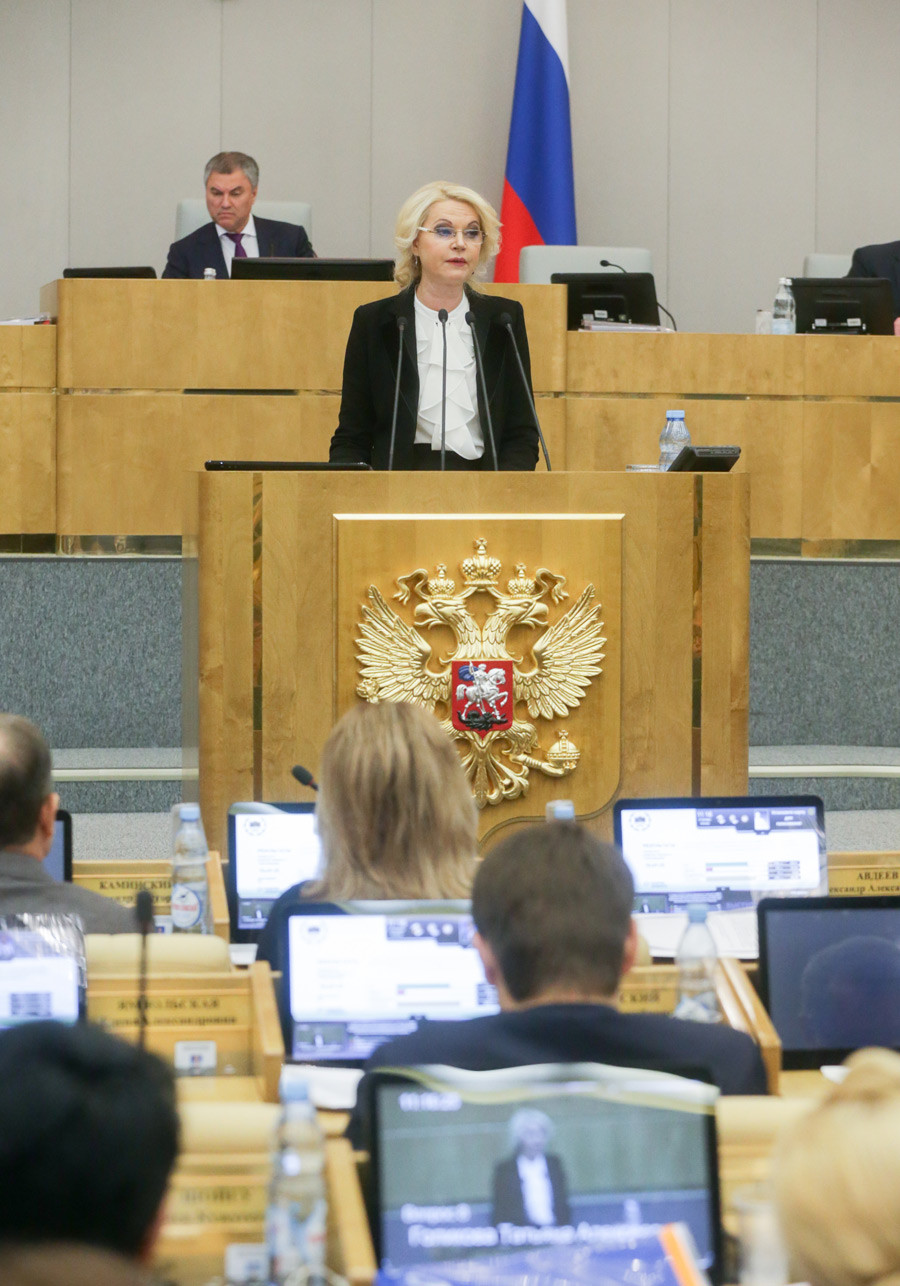 You’ll be surprised, but 33 percent of Russians are not against a female president, according to research by the Levada Center in March 2017. About 30 percent of respondents, however, didn’t approve of women in politics. At the same time, most Russians support equal opportunities for women and men.

According to the Russian statistics agency, Rosstat, in 2016 the difference in incomes between men and women was 27.4 percent (in favor of men). The economic gender gap in Russia is close to that in the U.S., where a woman earns 79 cents for every dollar a man earns (data of 2016), but more than in the UK, where men earned 18.1 percent more than women (Office for National Statistics 2016).

Unlike western countries, the gender gap is growing in Russia – three years ago, it was 25.8 percent. Some experts stress that gender discrimination at work can be hidden because many companies won’t hire women for certain positions: not only as an executive but also in so-called “heavy” work, as a subway train driver, for example. 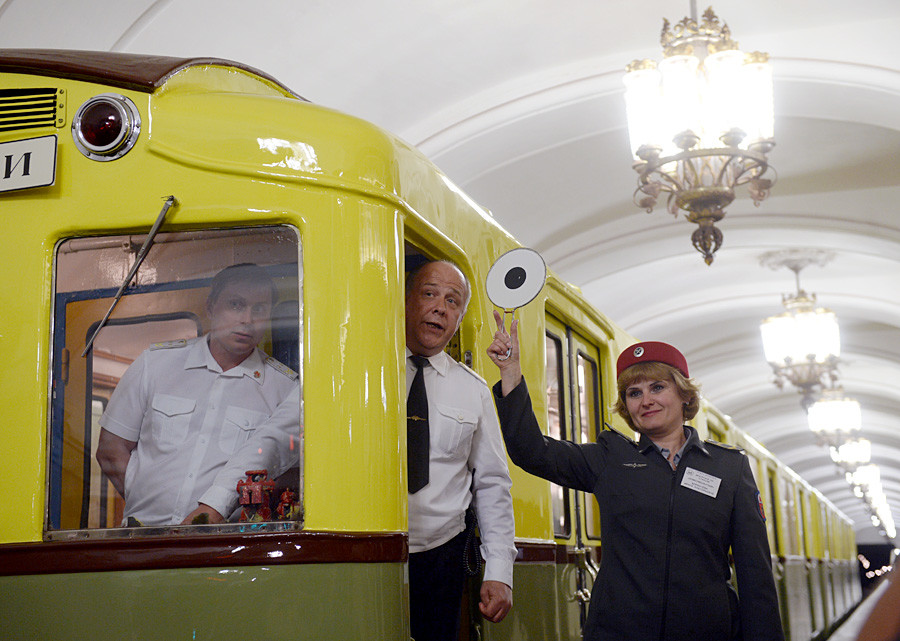 Launch of the Train Parade, at the Komsomolskaya Koltsevaya Metro Station.

The Russian Labor Code prohibits women to work in "heavy” and “dangerous” places, including the metro (except consumer services), as blacksmiths and more. In 2009, a Russian student filed a legal  the right to work as a train driver, but the Supreme Court rejected it.

According to the ASAP Recruitment managing partner, Liya Sergeeva, executive positions are usually offered to men in construction, engineering, and IT, reported the Moscow newspaper, Vedomosti.

Russian women in the beauty industry, retail and HoReCa have more career options than men, however. Also interesting is the 2016 research by the Rabota.ru website which shows that women salary expectations are 10 percent less than that of men for the same job. Maybe the salary could have been higher, but many women don’t even ask.

No wonder that 54 percent of Russians think a man should support his family, shows a recent VTSIOM survey.

When it comes to raising children and house cleaning, however, about 80 percent of Russians think a couple should do it together. 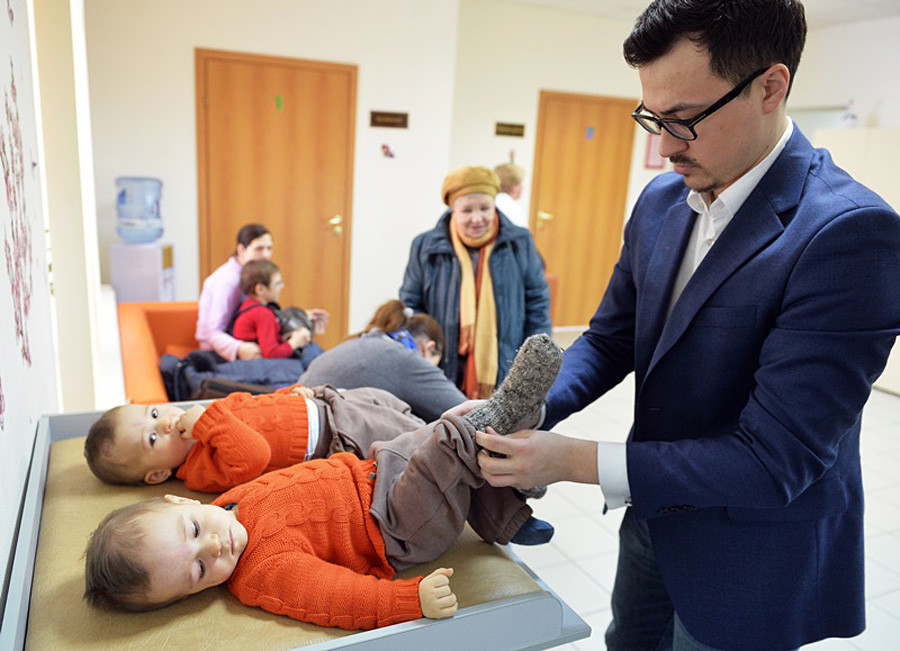 Russians think a couple should raise children together.

When talking about sexism, most people think it’s about women only. But in cases of divorce, a child will stay with the mother, and some Russian men believe this is unfair. In spring 2017, the “Father’s Committee” suggested that the initiators of divorce (in Russia women start 80 percent of such cases) should also pay child support.

However, Ludmila Aywar, leader of the movement, “For Women’s Rights,” called this initiative “populist,” and pointed out that such proposals appear when men have to pay alimony from true real salaries.