The banya through the eyes of Russian artists (PICS)

Culture
Alexandra Guzeva
Foreigners regard the banya [aka steam bath] as the main pastime in Russia. For Russians themselves, though, the banya is something quite commonplace, although not without its mystery and attraction, as reflected in the paintings of numerous artists.

Vasily Perov. The day before the women are to honor the bride-to-be - the ceremony of accompanying her out of the banya, 1870 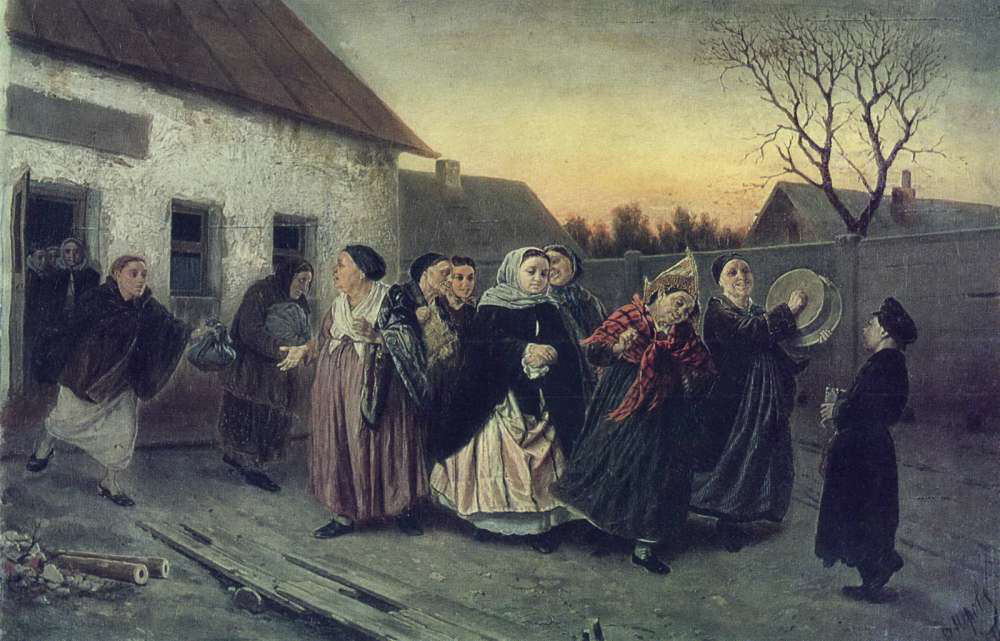 The banya had a special meaning for Russians. They only went to wash and swelter in the steam room on certain days and specific rules were observed. One of the main reasons to go to the banya was a forthcoming wedding. Also, one could stay in the banya half the day, not just wallowing in the steam, but also drinking vodka and eating. Perov’s painting shows a bride-to-be, languid after her steam bath, being escorted from the bathhouse. She is so lost in reverie that she has even forgotten to take her little bundle of clothes with her on the way out. 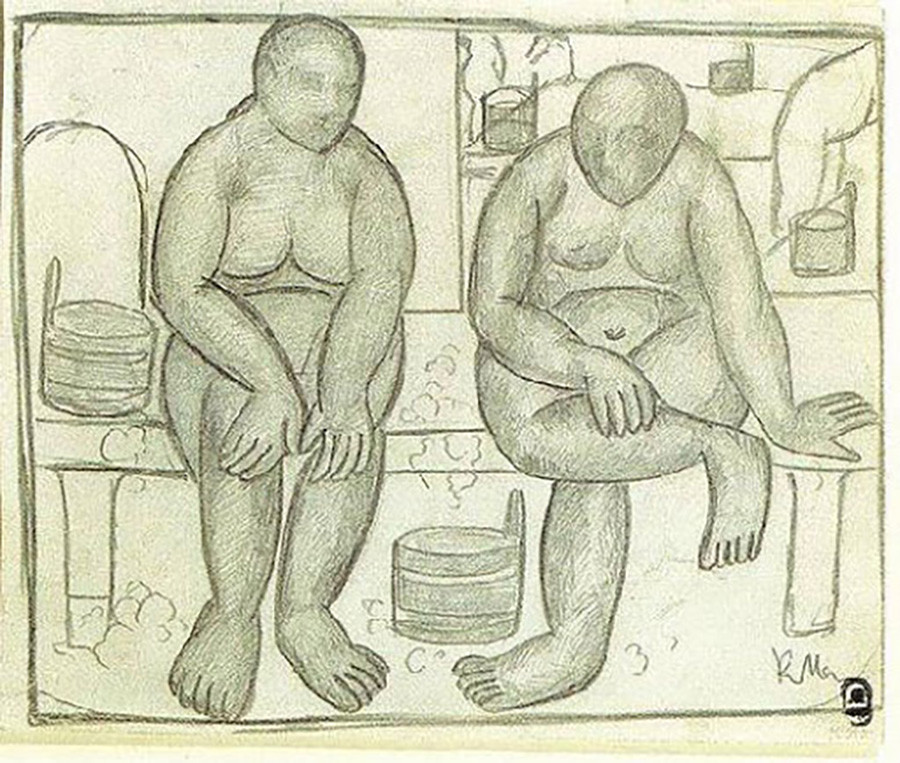 Even the founder of Suprematism and author of the ‘Black Square’ had his own interpretation of the banya. In this graphite drawing depicting a simple everyday scene the artist is already seeking his own style and “playing” with form, abandoning an accurate depiction of reality. 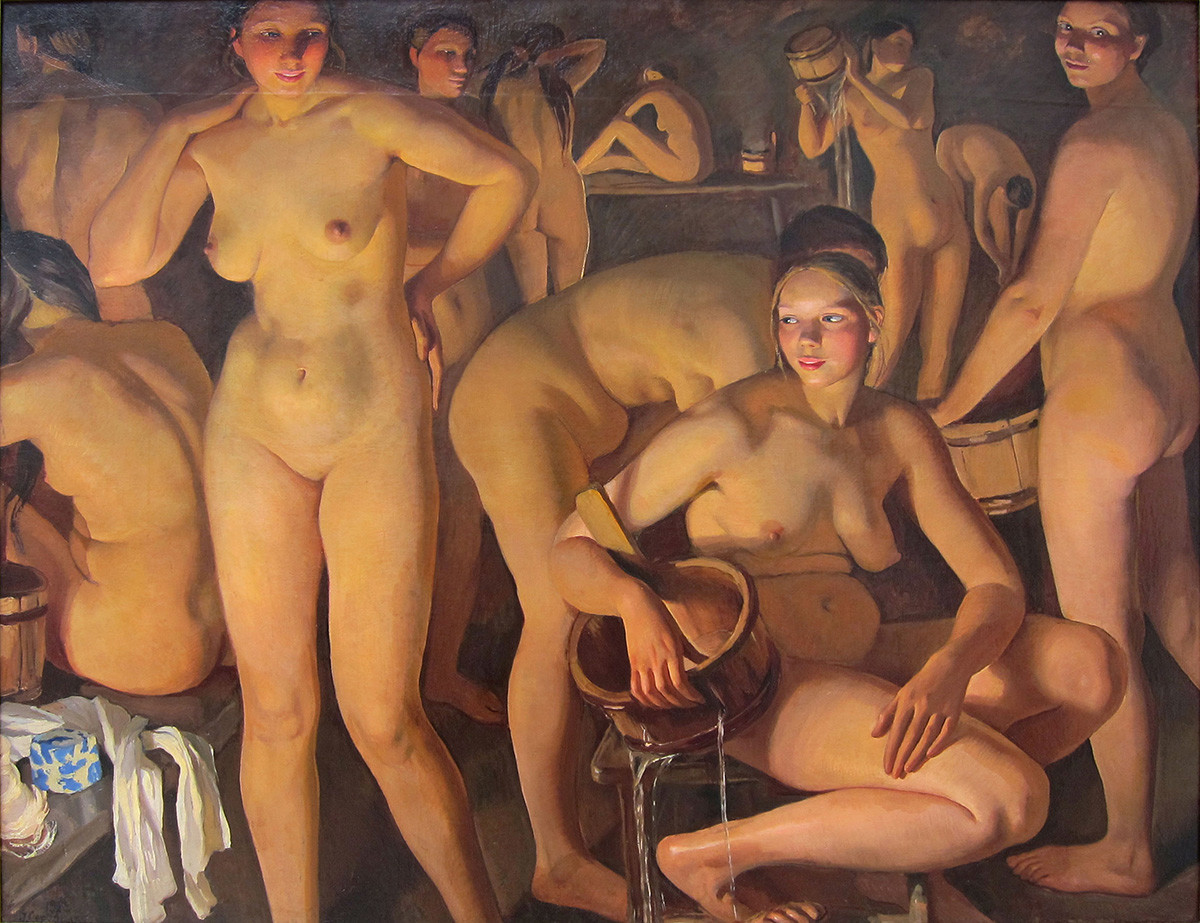 The Amazon of the Russian avant-garde celebrates femininity and the female form in the Modernist manner characteristic of her time. The female figures in her painting are ordinary peasant women and each of the 11 is shown attending to their own business. The artist worked for two years on this relatively large-scale - 135 x 174 cm - canvas, making numerous studies. 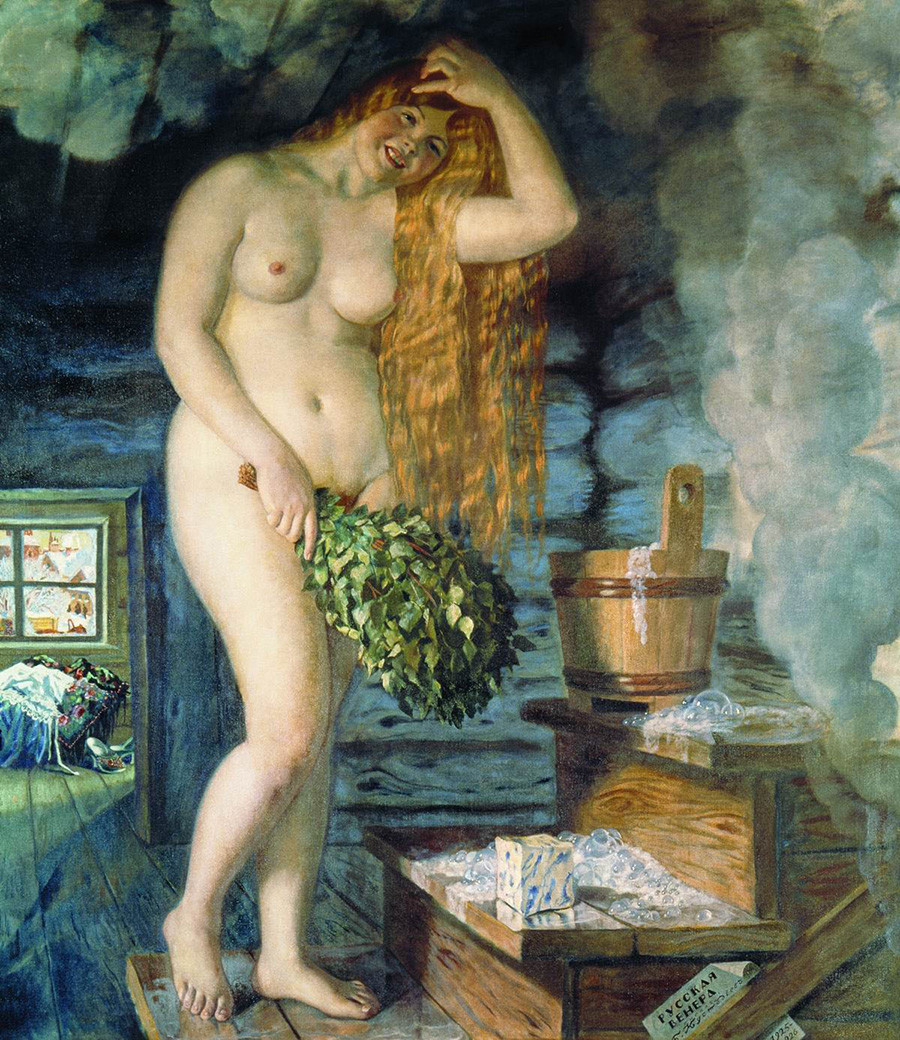 The title speaks for itself. As Russia’s main chronicler of the everyday life of the merchant class, Kustodiev depicted the ideal of Russian beauty according to the perceptions of the early 20th century. 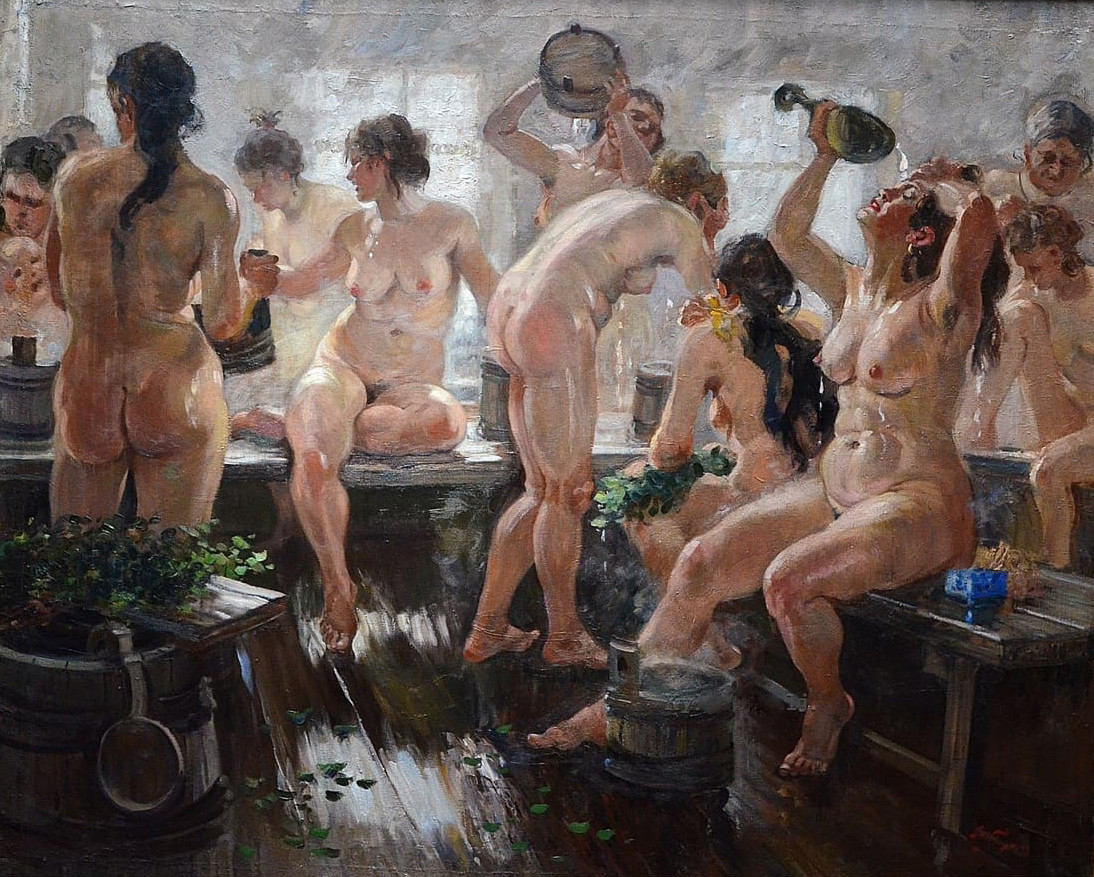 Stalin’s court painter was the author of such iconic Soviet works as Lenin on the Podium and I.V. Stalin and K.E. Voroshilov in the Kremlin. But he also executed “informal” works that reflected his talent as a painter. One of them is ostensibly a very Soviet genre scene set in a banya - and yet, the figures in it are almost Rubensian. 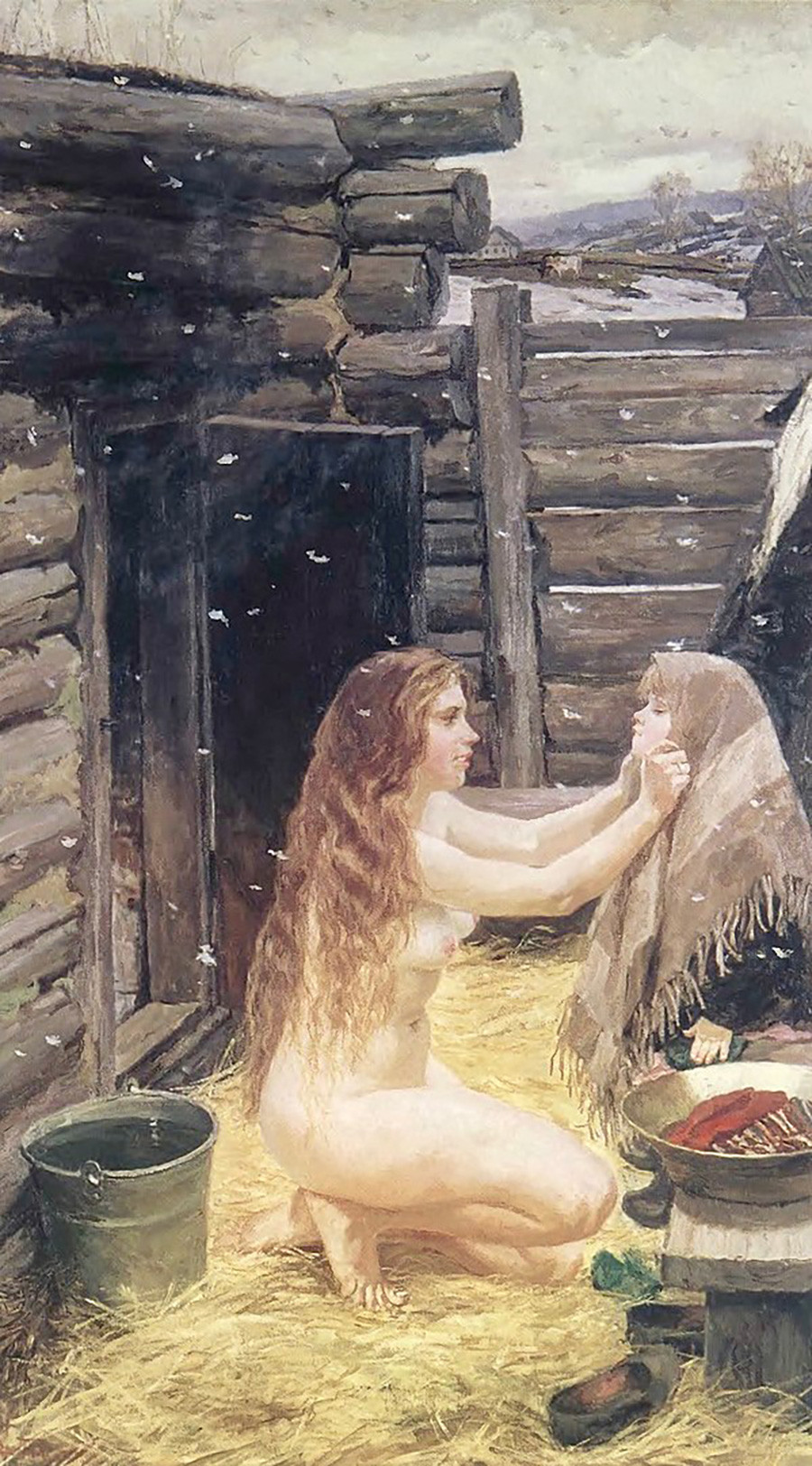 Naked bodies were practically absent from official Soviet art and that is why Plastov’s painting was a very bold experiment. On a large, 210 x 123 cm canvas, a nude girl dresses a child after the banya. 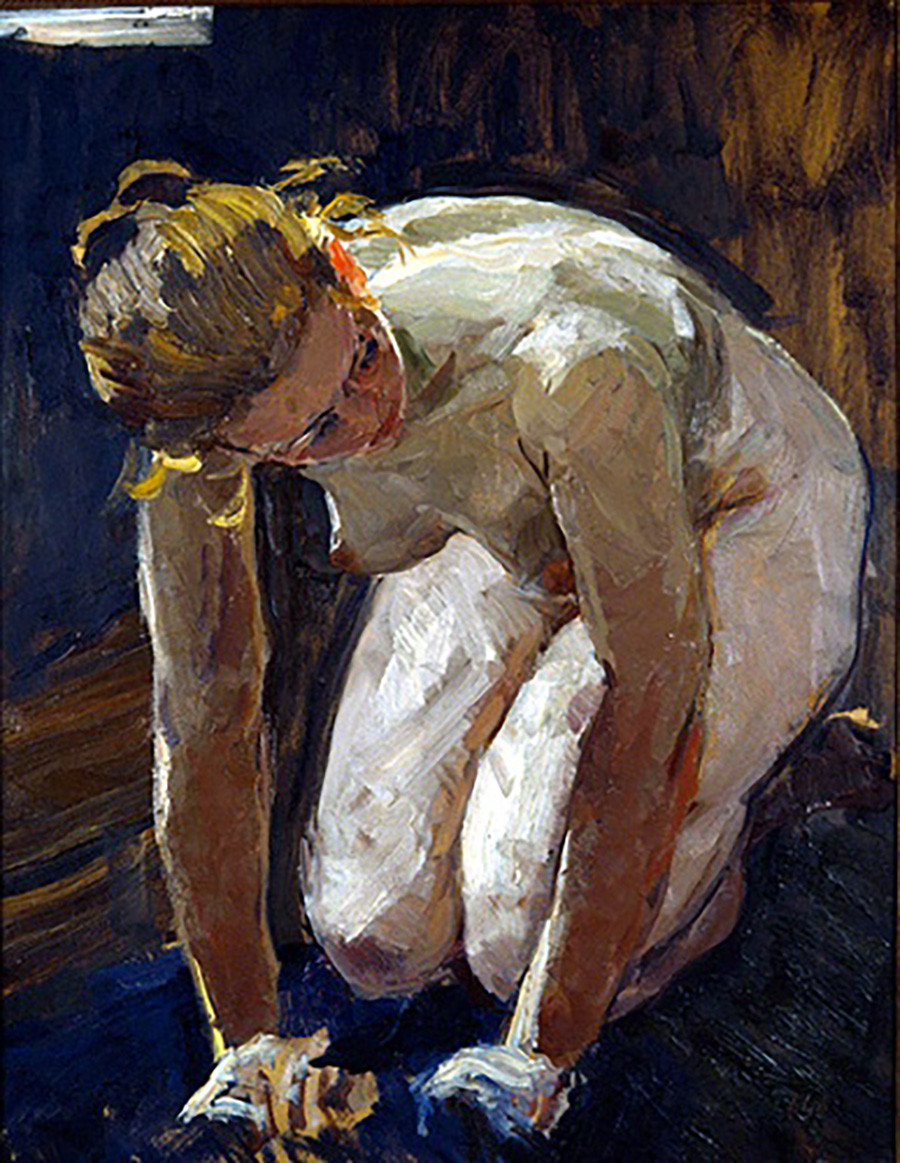 Apart from churches, rural subjects and still-lifes with lapti (bast shoes), Stozharov, a painter of scenes of everyday Russian life, also executed a series of studies on the theme of the banya. The women in these compositions are devoid of eroticism and are shown going about mundane activities - washing their hair, sitting in simple poses or doing the laundry.

Fyodor Samusev. After the Banya, 1960 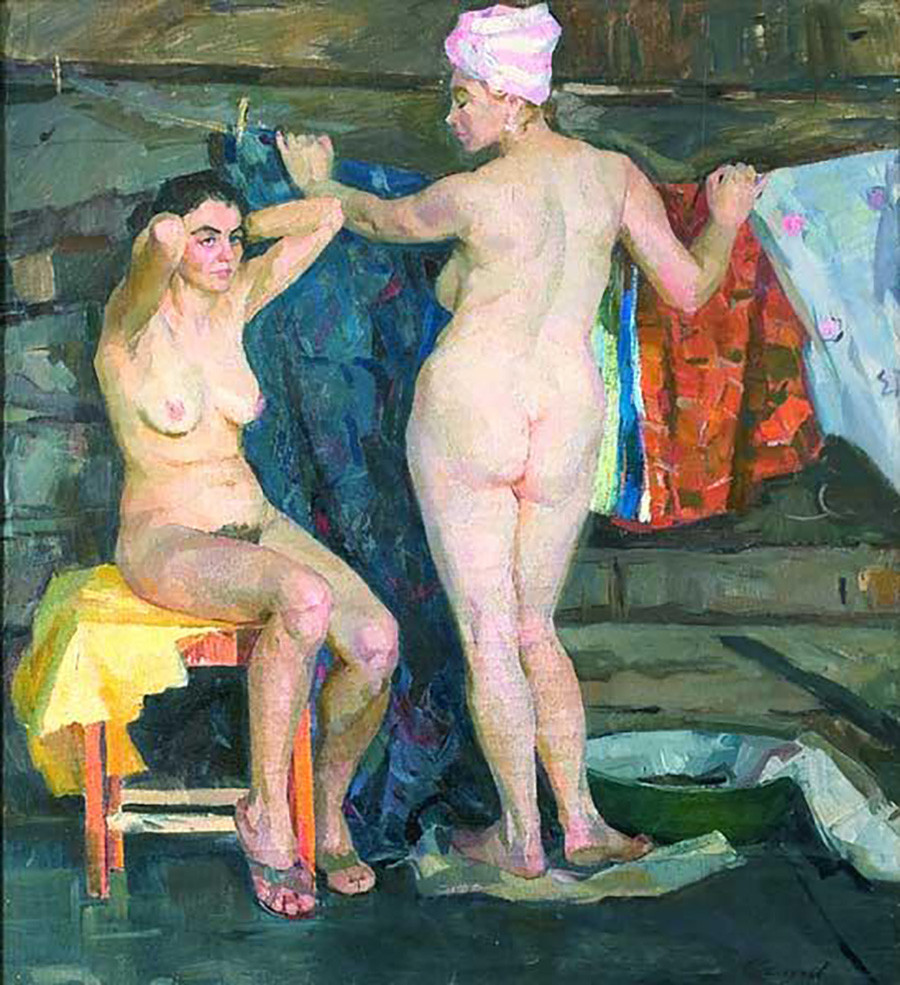 For many Soviet painters, banya subjects offered a suitable excuse to practice the depiction of the nude figure. As a rule, art college students also honed their skills on banya-themed subjects.

Alexei and Sergei Tkachev. In the Banya, 1974 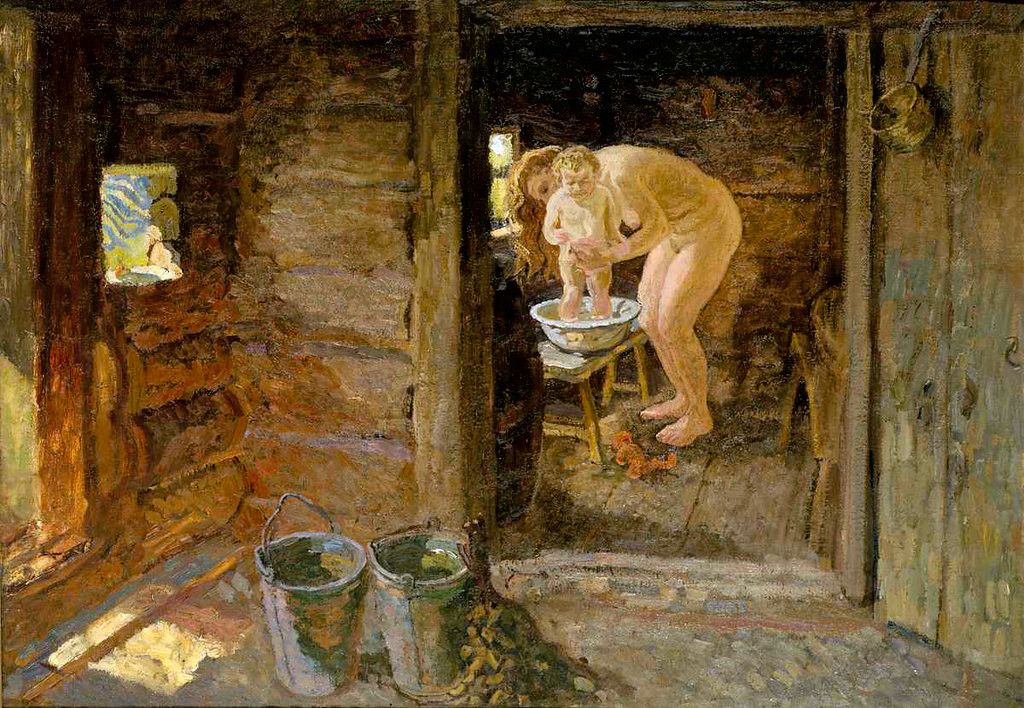 The Tkachev brothers painted a whole series of works devoted to the banya - in both winter and summer settings. They portrayed people after the banya, people rubbing themselves with snow or reclining in the steam room. This painting shows the now classic subject of a woman washing a child in a banya. 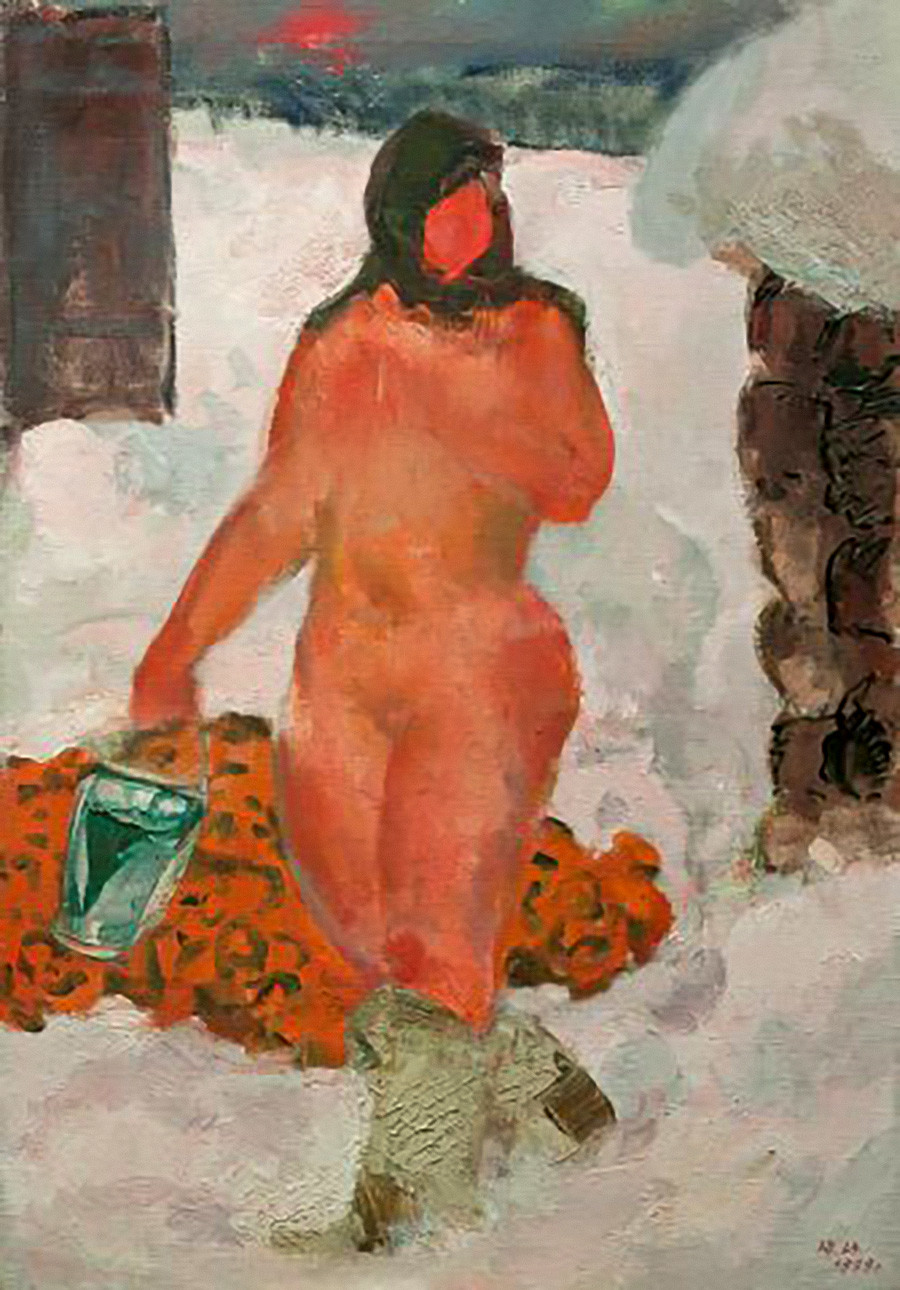 The artist spent his childhood furtively observing sweaty women emerging from a bathhouse, drawing water and going back in. That is why he describes this mysterious ritual as a real “Russian wonder”.