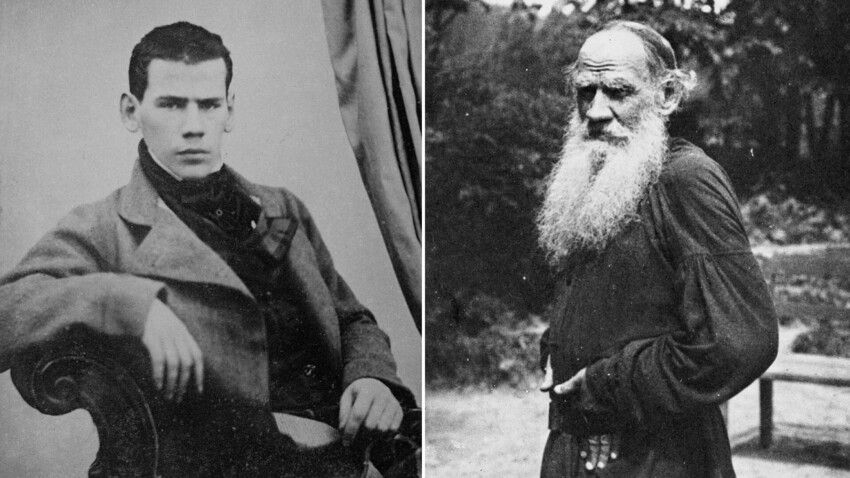 Leo Tolstoy / Public Domain
Russian classics did not always look the way that we know them now. Some went through significant transformations before “finding themselves”. 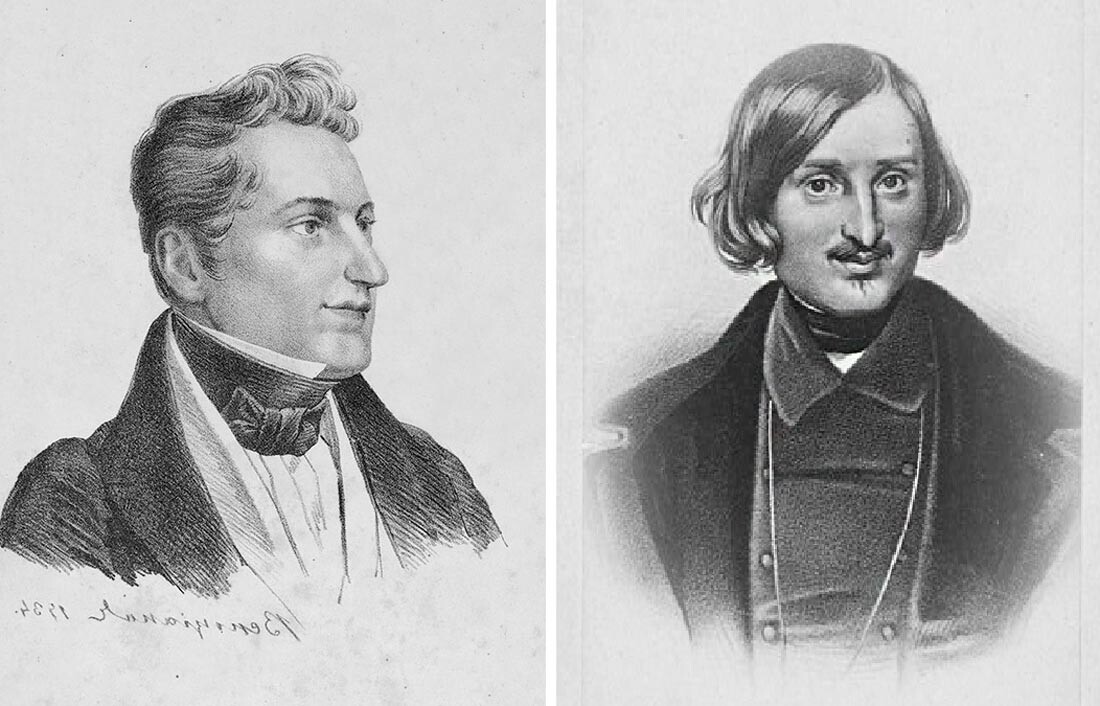 Having just moved from the province to St. Petersburg, a young Gogol tried to follow the fashion trends of the time. Moreover, he was doing so with a kind of morbid preoccupation by spending a lot of energy and money (which he did not have much of). His closest friend Gerasim Vysotsky once wrote: “I would like to ask you for a favor: Is it possible to order the best tailcoat for me from your tailor in St. Petersburg? Find out what it costs to sew the most excellent tailcoat in the latest fashion. <…> Write, please, what fashionable fabrics you have for vests and pantaloons. What’s your trendy color for tailcoats?”

Gogol’s school teacher Ivan Kulzhinsky recalled another amusing detail: “Gogol, while walking through the gymnasium, as if by accident, used to throw open the skirts of his coat with both hands to show the lining.” The lining was, of course, the most fashionable.

In addition, the young Gogol cut his hair short. A clump of hair stuck out on his head and, as the writer’s apprentices recall, he was made up of “sharp opposites of dandiness and sloppiness”. He did not like the tuft, so he grew long hair and a mustache, with which he made history. Some believe that the writer did so to hide his long thin nose, which he supposedly was embarrassed by. Whether this is true or not is not known, but there is one mention of Gogol describing himself as having a “funny face”. 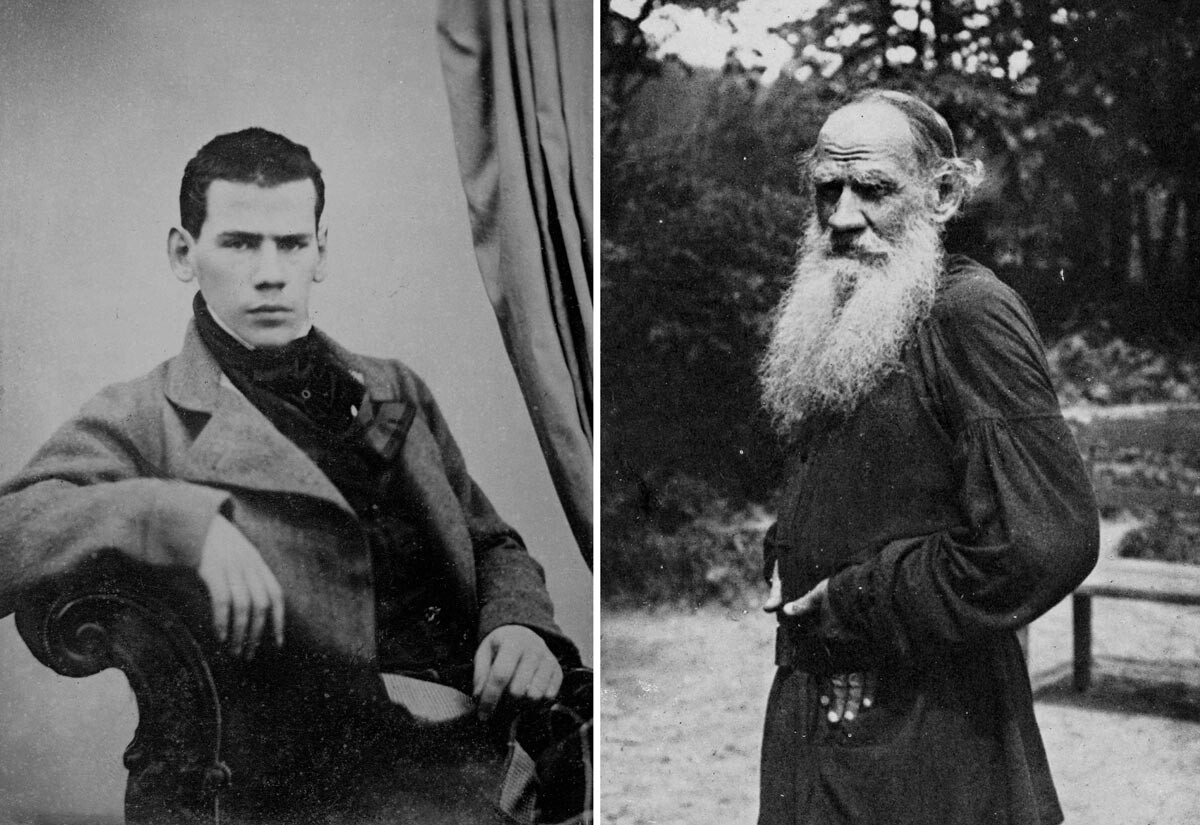 Before building the most successful career in Russian literature and becoming a radical anarchist, Leo Tolstoy served in the military as an artillery officer and fought in the Crimean War during 1854-1855. This largely determined his looks at the time. In the Russian Empire, the physical appearance of an officer was regulated by many rules. These rules prohibited growing a head of hair, so young Tolstoy was always smoothly shaven and neatly trimmed.

However, being an officer weighed on him. He repeatedly thought of resigning, and his rebellious temper started to be noticed by those around him. Tolstoy had constant clashes with his military superiors. The count sometimes even neglected the fact that officers needed to button up all of the buttons on their uniform. Senior officer Y. I. Odahovsky mentioned in his memoirs that Tolstoy’s appearance was “ugly, and especially spoiled by his huge, protruding ears”, but he spoke well, quickly and cleverly, carrying many people away with his speeches.

After retiring, Tolstoy immediately grew a beard, which would later become one of the most famous beards in Russian culture. He also changed his closet: the count refused to wear noble clothing and changed into simple, almost peasant-like clothes. 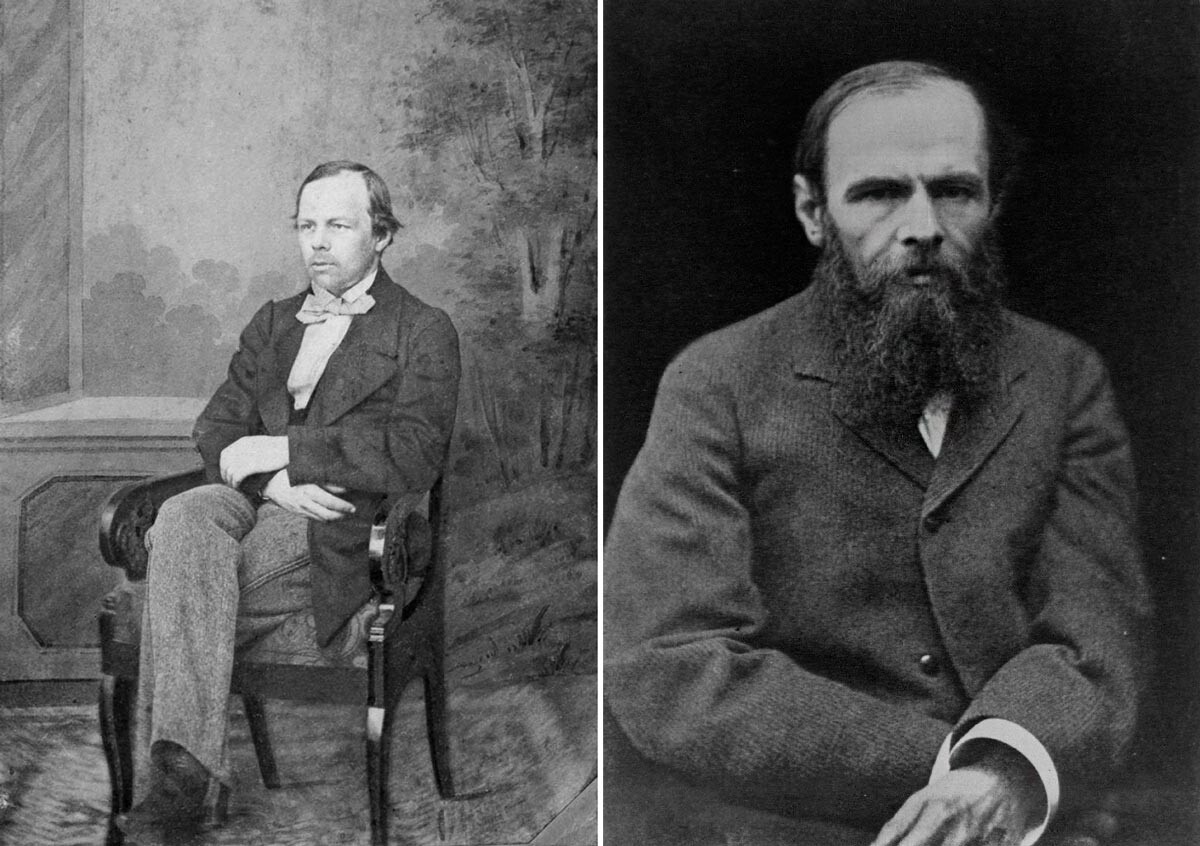 A young Dostoevsky did not have a beard and, in general, looked very different from his textbook image of a thoughtful ascetic with a sorrowful veil. On the contrary, those around him at the time did not find in him any “noble” aristocratic features and rarely complimented his appearance. “He was thin, small, blond, with a sickly complexion,” Avdotya Panaeva, a writer with whom the 25-year-old Dostoevsky was unrequitedly in love, once said about him.

Dostoevsky was even more critical and called himself a “quasimodo”. After graduating from an engineering school with the rank of field warrant officer, he followed the military standards on shaving. In 1849, he was exiled to Siberia for being a member of the Petrashevsky Circle (which consisted of opponents of the tsar). While in exile, he also had to serve - first as a soldier, then as a non-commissioned officer - and get his hair cut straight. Upon returning after ten years of exile, St. Petersburg greeted him coldly. Dostoevsky was forgotten and his grown non-commissioned officer’s mustache seemed terribly provincial. The thin, blond hair, which he had heavily anointed and smoothed, no longer grew on his forehead.

He decided to start his life anew by growing a beard. During those years in Russia, having a beard still meant that a person had nothing to do with the state system; officials were forbidden to grow beards. However, the thick beard idea did not work out well, either - it grew thin, which upset the writer, who was just starting to work on his appearance. 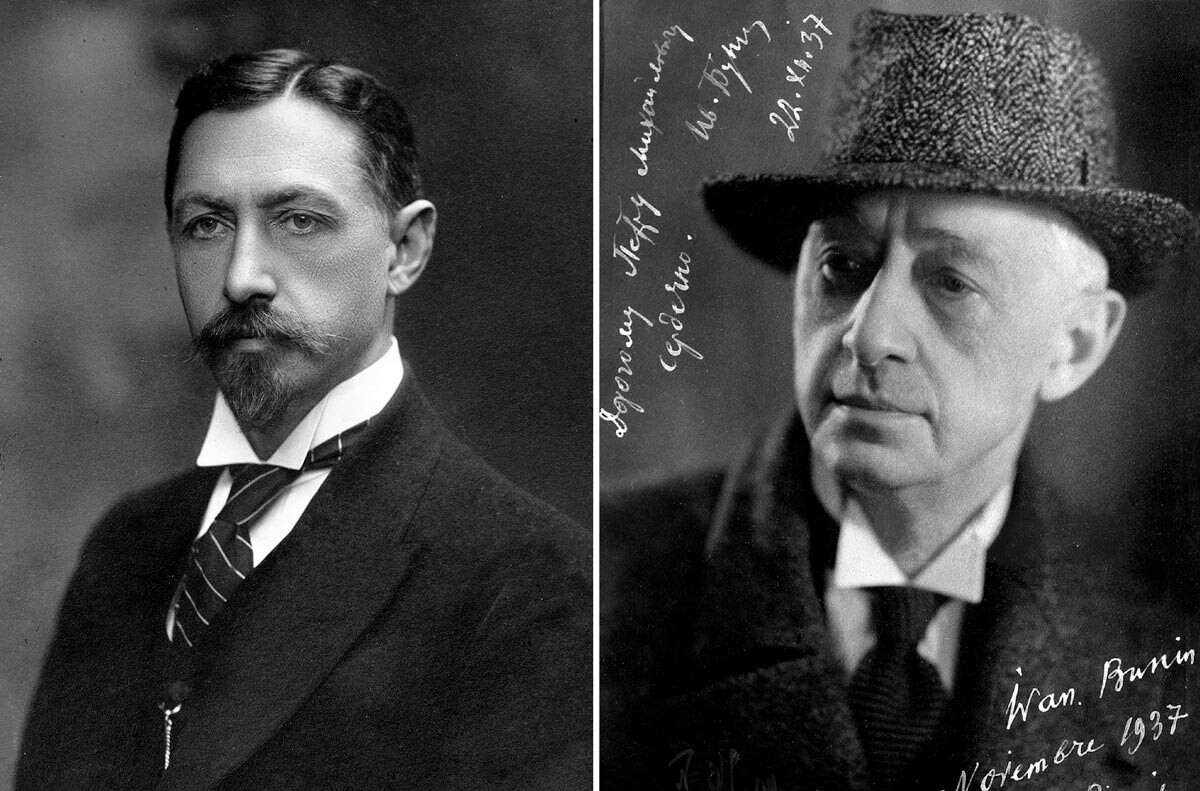 The revolution of 1917 forever changed not only the life of the writer Ivan Bunin, but also his appearance. His new look represented the “end of a beautiful era”.

Before the revolution, Bunin had already managed to become a part of Russian literature. He reached fame in the West and became an integral part of the literary elite. In photographs taken during the pre-revolutionary years, he looked like an absolute dandy: goatee, elegant suit, starched collar, dapper mustache. Being a conservative nobleman, Bunin did not accept the outcomes of the revolution and emigrated to Paris. With the revolution came an end to the contrived bohemianism and snobbery, which was inherent in his circle. The twenties brought simplicity and severity into fashion and the writer fully embraced the new trends. He gave up the old-fashioned facial hair and, like everyone else, shaved his face clean. In 1933, he became the first Russian to win the Nobel Prize in Literature. His literary style, rooted in the 19th century, did not change much, but in his reminiscences of old Russia, he more frequently raised the subjects of unrequited love, loneliness, decadence and death. Bunin’s appearance also changed - he became gloomier. 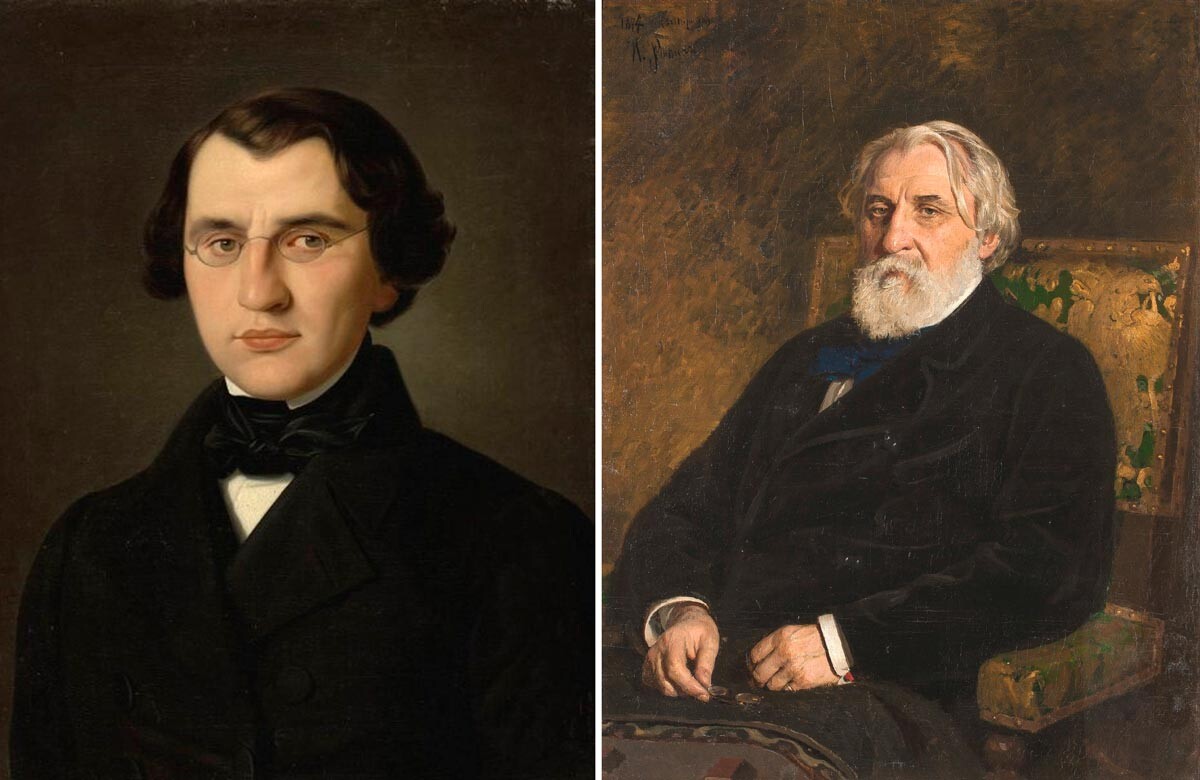 Turgenev’s long life was a stage full of cultural and political passions. This was probably due to his mildly indecisive character. First, a young Turgenev was humiliated by his mother, a despotic noblewoman from an old family and then by half of the literary community. Many called him a “liar”, a “hypocrite” and a “plagiarist”. The writer’s appearance and facial features only encouraged this attitude.

He had a high and thin voice that did not match his sturdy build, a smoothly shaven face and a small, limp chin. By the standards of the time, Turgenev had a slightly pretentious appearance. His closet included brightly colored ties and gold buttons. He changed his underwear twice a day and constantly wiped himself with a sponge dipped in cologne.

He began to grow out his beard and hair in the 1840s, which had a positive effect on his public image, especially when his hair started to turn gray, giving him an even more noble look.