How did a French-Polish girl end up becoming a pop star in the USSR? (PHOTOS + VIDEO) 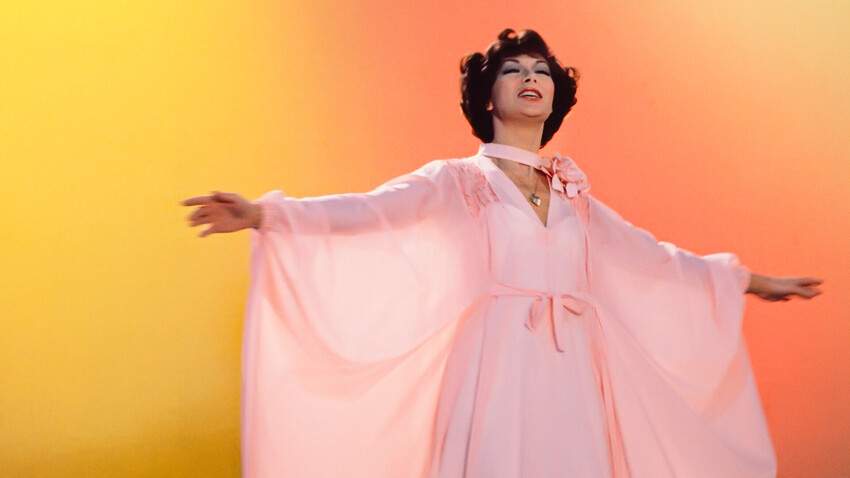 Yuri Belinsky/TASS
Edita Piekha was accused of promoting jazz, criticized for her accent, and suspected of having an affair with Yuri Gagarin. This is the story of the phenomenon of a miner's daughter who conquered the Soviet Union.

The small mining town of Noyelles-sous-Lens in northern France was a place where Polish guest workers had settled. Here, in 1937, a girl by the name of Édith-Marie Piecha was born to a mining family. Her father shortly died of the "miners' disease" - silicosis, caused by the constant inhalation of harmful dust. Édith's elder brother took his father's place in the mine, but he, too, died a few years later - from tuberculosis. Following difficult years spent under Nazi occupation, the family moved to Poland after the war. Édith was nine years old.

In 1965, when she was already a Soviet pop star, she would reminisce about the first town in her life and the events of that period in her song "City of My Childhood", one of her most popular hits: "Somewhere there's a city, quiet as a dream, buried up to its chest in drifting dust…" She already had unprecedented record sales and round-the-world tours under her belt.

"In France, where I was born, the war started in 1939. Our area was bombed because coal was extracted there and sent on railway wagons to Germany. I remember everything: the bombing and the bomb shelters they forced us to go into," Piekha later recollected in one of her interviews. 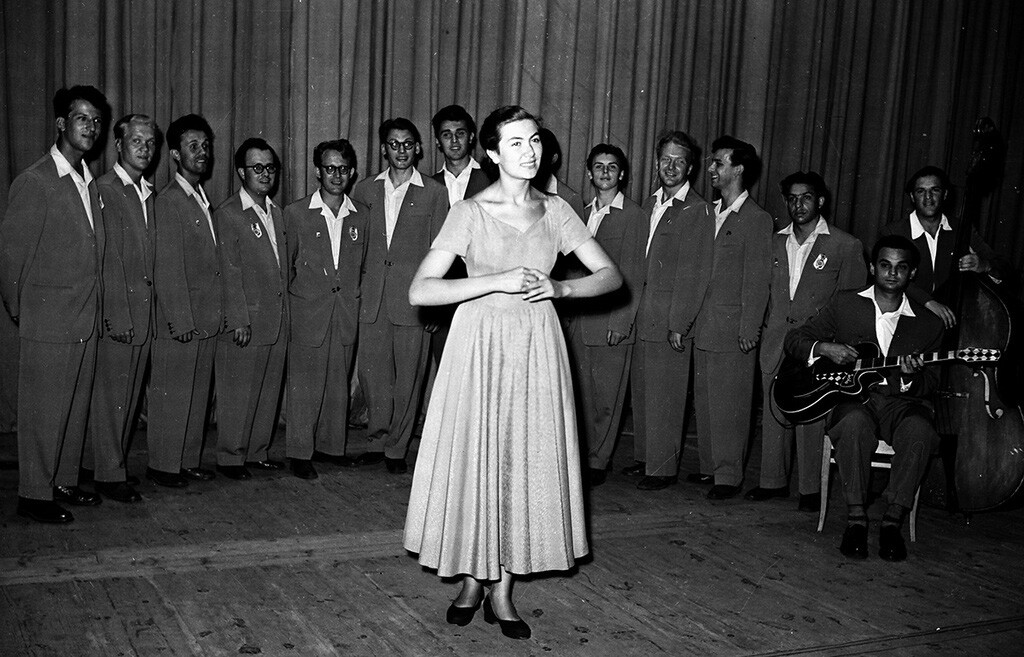 After the war, her stepfather, who was a Communist, said: "I am a Pole and you are Poles. Let's get away from these capitalists to People's Poland." So the family found themselves in the Polish mining town of Boguszów. It took nine days to get there, traveling in a freight wagon. There, too, they were short of money: "The best food in our family, i.e. meat dishes, went to my stepfather who worked as a miner. And I had a bit of soup," is how she described their financial situation. 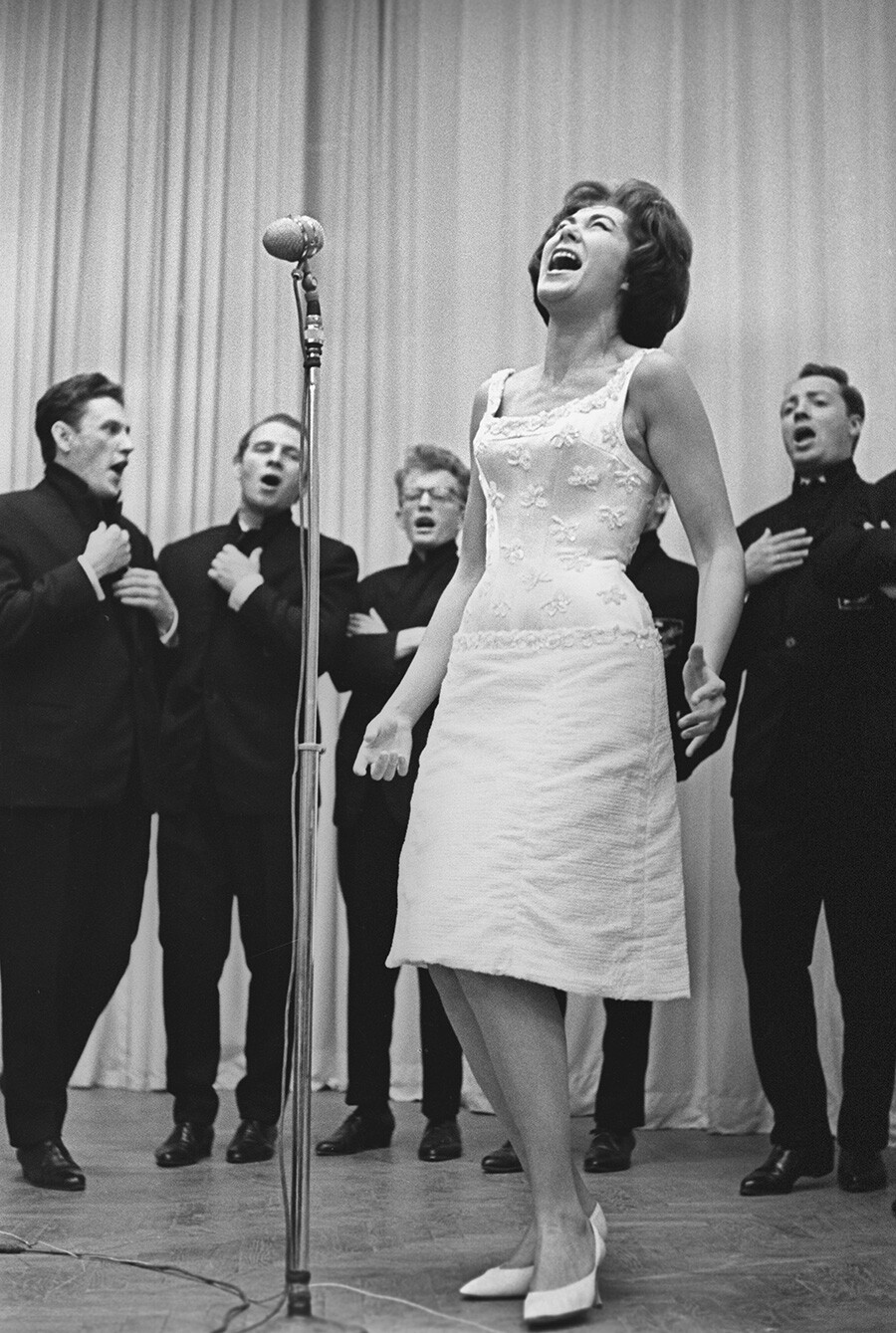 Édith was going to be a teacher, so she enrolled at a teacher training school. She started singing in the school choir, but this was merely perceived as a hobby. The turning point came in 1955 when Édith "drew the lucky ticket" - she was sent to study in the USSR (a rare and prestigious opportunity). She chose the Faculty of Philosophy at Leningrad University (there were no places left at the Pedagogical Institute) and left her family. At the train station her mother said: "You won't come back." And she was proved right.

Ski boots and a strong accent

At university, Edita joined a Polish students' choir. New Year's Eve 1955 was approaching and conductor Aleksandr Bronevitsky suggested: "There will be a soirée for professors at the Conservatory. Why don't you sing a song or two for them?" 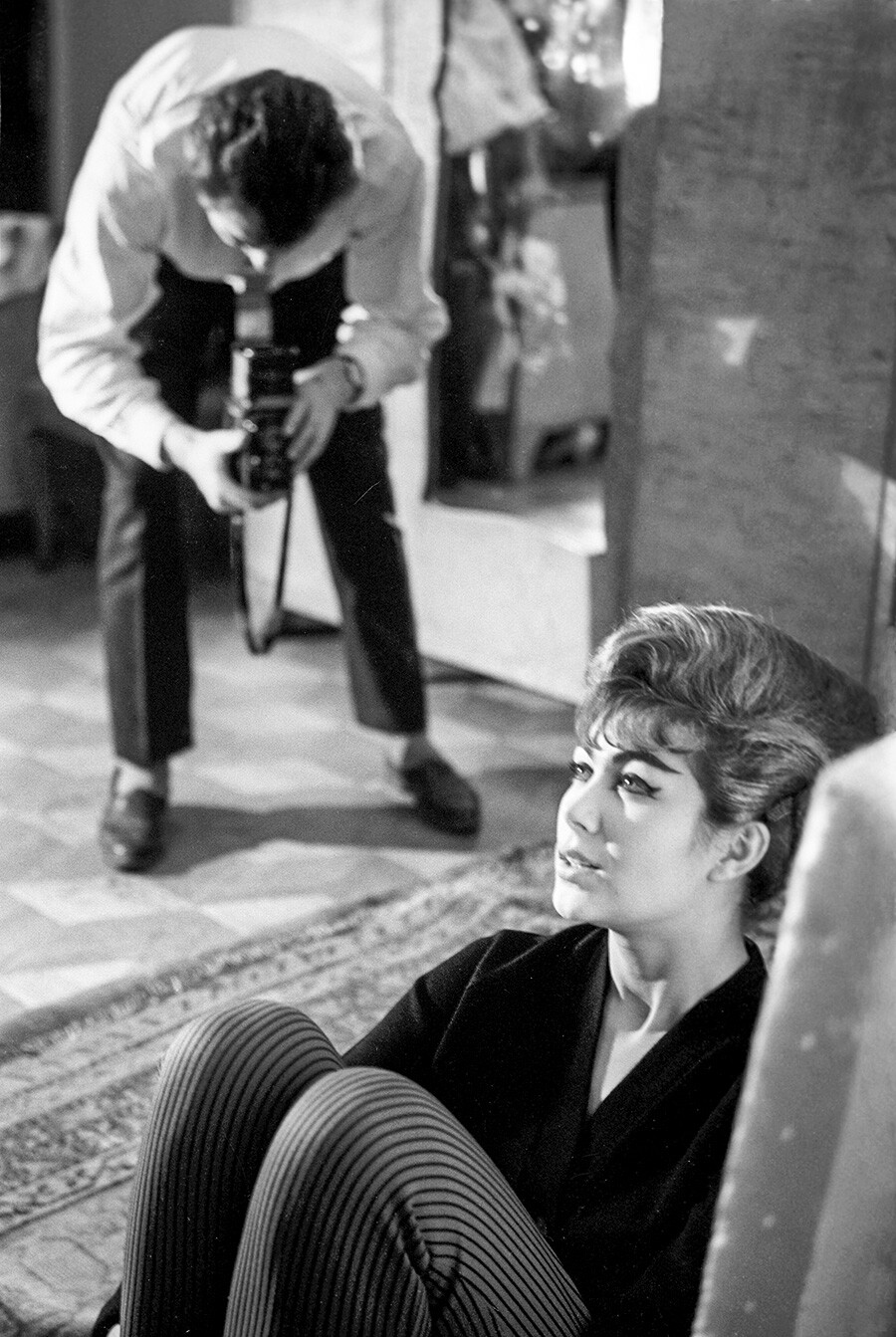 The 19-year-old Edita agreed, although she didn't even have a dress. She went onstage in a wool jumper, skirt and ski boots which she had bought with the first installment of her student grant. She believed she was very well dressed. "But there were ladies in the audience in stunning gowns and expensive jewelry. They listened to me very attentively and then suddenly there was a burst of applause. I was recalled for an encore four times," Edita recalled. 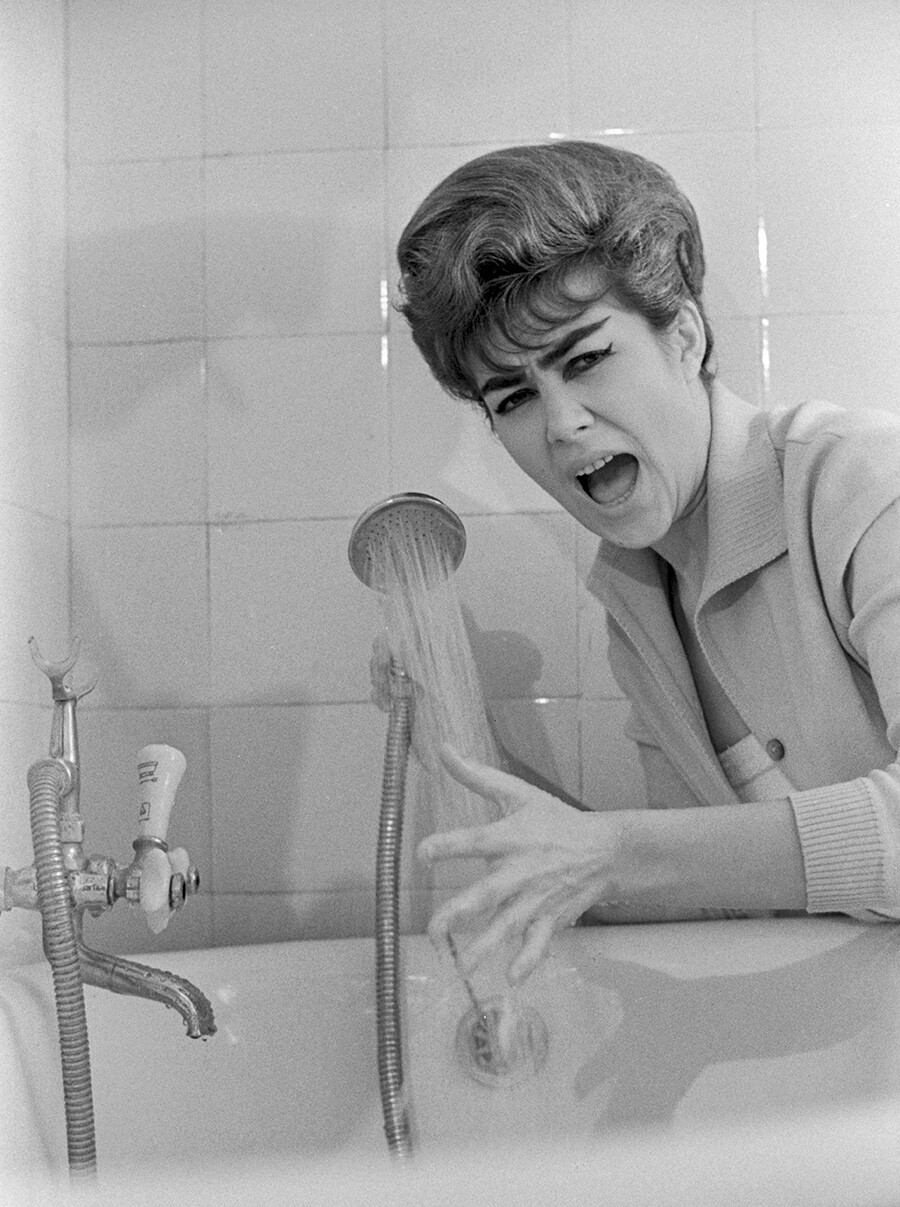 People started looking for her the very next day: her unusual voice, strong accent and striking appearance had left a strong impression on the professorial audience. That was the start of her fame. The band ‘Druzhba’ was set up immediately afterwards, with Piekha as lead singer. To combine university and the stage, she switched to being an external student, and for that she had to go to Moscow to speak to the minister of education. She had to learn Russian on the hoof, and she couldn't speak the language until the second year of her course. According to Piekha, she learned it literally by reading Karl Marx's Das Kapital (Capital), which she described as a "Communist Bible" of sorts.

Piekha was quite unlike other Soviet stage performers. She was the first to start actively engaging with the audience during concerts; she "broke away" from the microphone stand and moved freely around the stage in onstage outfits that were quite sexy by the standards of the time.

What is more, she not only modeled herself on international stage acts when it came to the style of her performances, but she looked a lot like a foreign star: "Sometimes officials criticized me for my accent and said I was a promoter of bourgeois ideology," Piekha recalled. 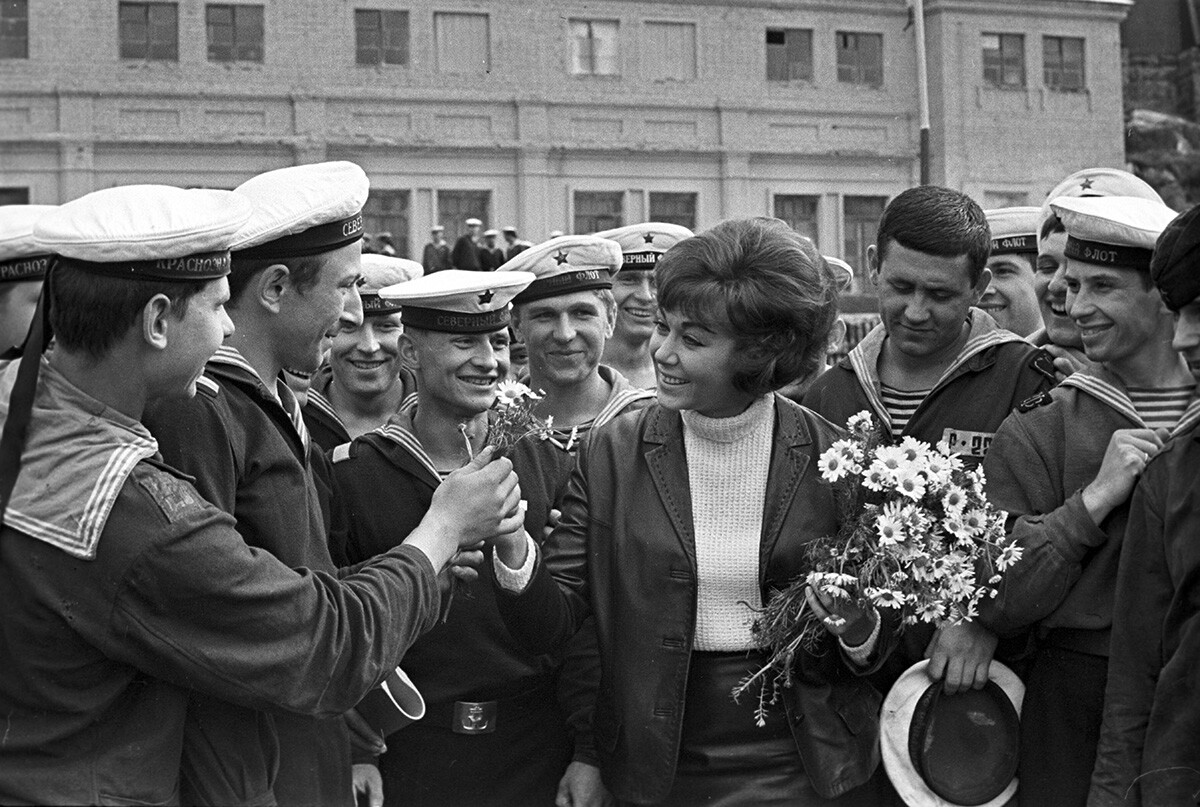 In 1959, Druzhba was almost disbanded - the group was banned for its alleged promotion of jazz (ideologically alien bourgeois music) and because its members were Stilyagi (Druzhba was the USSR's first countercultural pop group). Aleksander Bronevitsky (Edita Piekha's first husband) managed to keep the group going: he obtained permission for a special showing at the Ministry of Culture, after which some members of the ensemble were dismissed, and she continued to perform with Druzhba in its new incarnation. 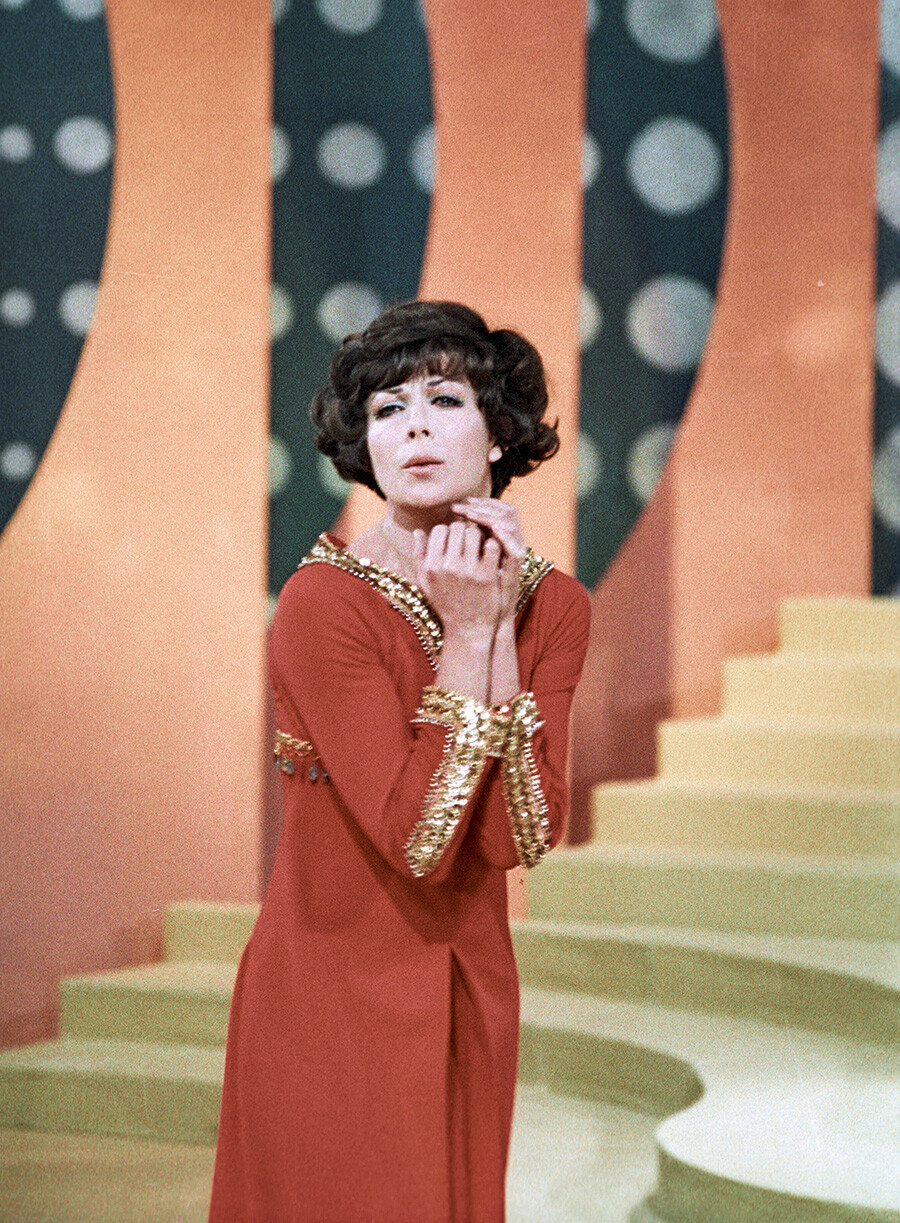 Edita Piekha genuinely liked to take risks. She sang not just the ballads and romantic and lyrical songs that the Soviet public adored, but also introduced the country to new musical and dance styles - jazz, the twist and the foxtrot. The authorities did not like it, but popular affection for the singer only grew.

"At one time, officials were preventing me, as someone of Polish background born in France, from being awarded the honorary title of People's Artiste of the USSR, asserting that it would be ideologically inappropriate. And it was only after people deluged the Communst Party with letters that I was given the title after all," Piekha said.

The singer made 20 records as a member of the Druzhba ensemble. Her "Our Neighbor", "It Just Happens", "City of My Childhood", "The Song Remains With You", "White Evening" and many others entered the golden treasury of Soviet pop. But in summer 1976 the singer left Druzhba and set up her own group, something that proved to her advantage.

Piekha performed at the famous Olympia Hall in Paris twice , once giving 47 concerts in a row there. She won plaudits in the U.S., Argentina, Germany and Italy. At Midem '70 in Cannes, she was presented with the top award, the Nephrite Disc, for having sold millions of records. 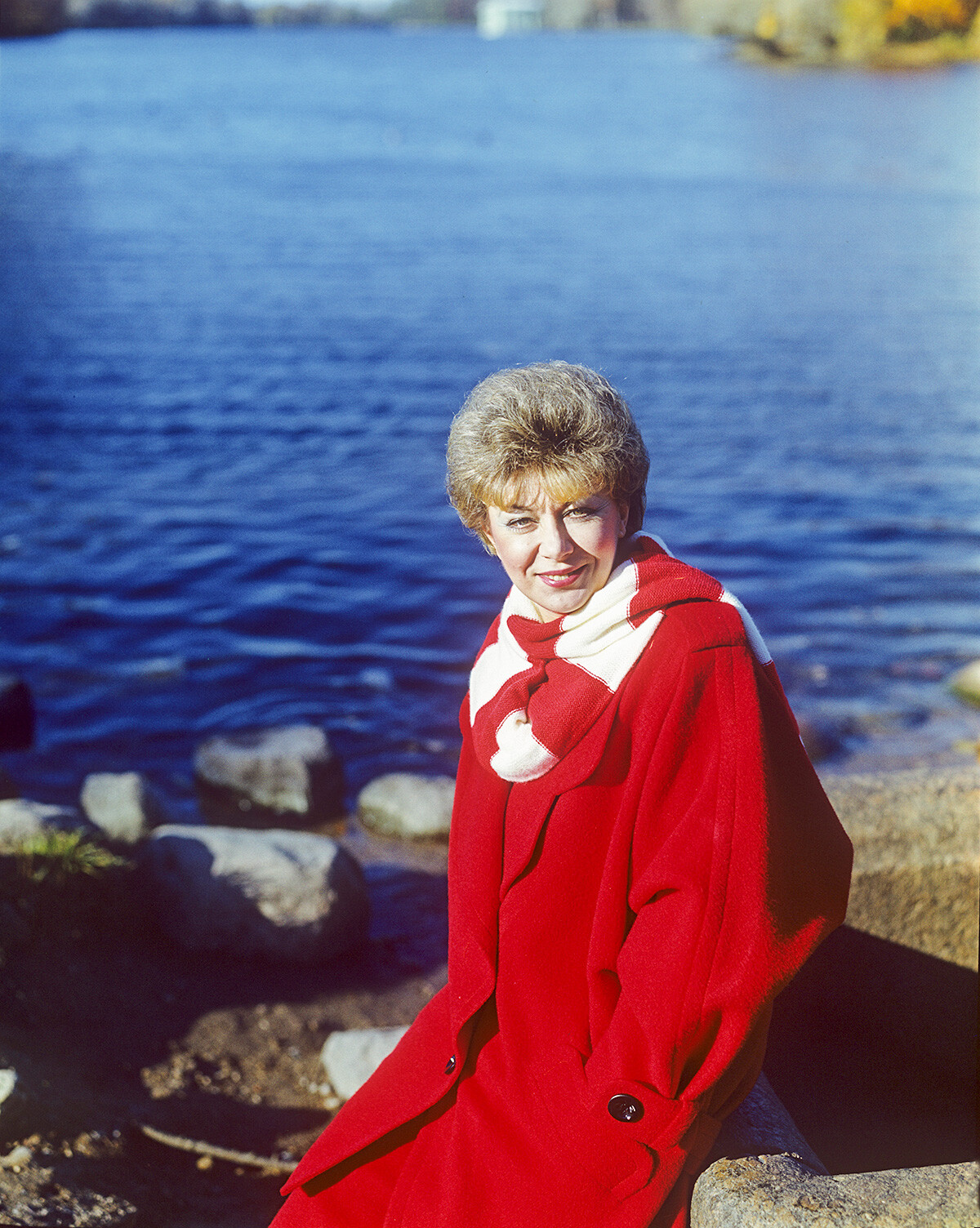 In the USSR, rarely did a musical broadcast pass without an appearance from her. She was adored by all - from caretakers and female janitors, to the party elite, artists and Soviet cosmonauts. There was even talk of a romance with Yuri Gagarin, but these were no more than rumors.

Edita Piekha also appeared on the silver screen, playing small but powerful parts, usually portraying foreigners. One of her most famous roles was as Western intelligence agent Josephine Claire in "The Fate of the Resident" (1970).

The singer married three times, but she confessed that she was not destined for an enduring marriage. "I think I'm already being greedy - you can't get everything in life. I didn't manage to make a nice family for myself, a comfortable home, and to be just a mom and housewife, and look after my husband. Completely different paths have beckoned and continue to beckon," she said.

Today Piekha lives in a house outside St. Petersburg, which she moved into at the start of the Coronavirus pandemic, and she rarely appears on stage because of the state of her health. She has two great-grandchildren, and according to her grandson, Stas Piekha (also a popular pop singer), she leads an ordinary life as a pensioner. 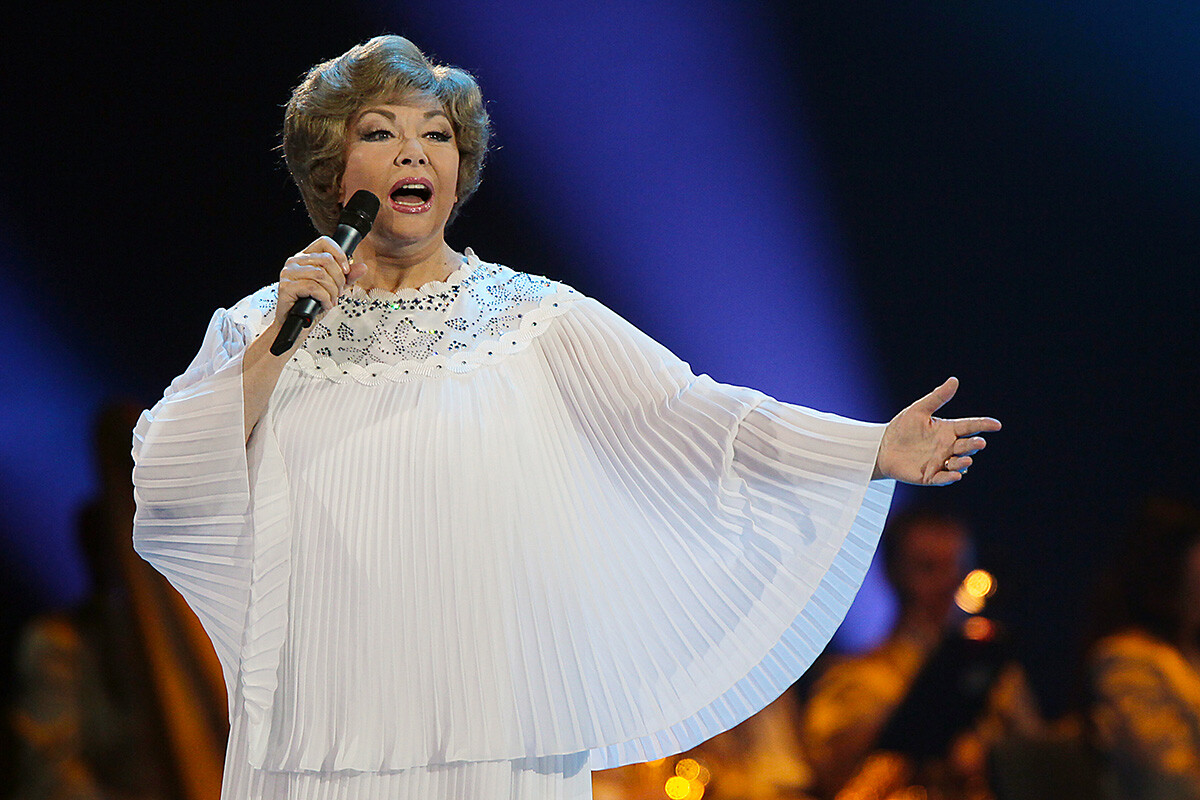 He believes that, in a different country, a recording artist of her caliber would be wealthy, in business, and would be involved in other pursuits. "But Edita has always been far removed from commercial considerations. She has no savings or connections, she has always been a loner devoted only to her profession… She remains with her greatness, with the baggage of the past and with her admirers, who, unfortunately, are already dying off through old age," says the grandson, adding that it has been her choice, and that he felt "no resentment" towards his grandmother.