‘Laskovy May’: The SHOCKING story of USSR’s first boy band 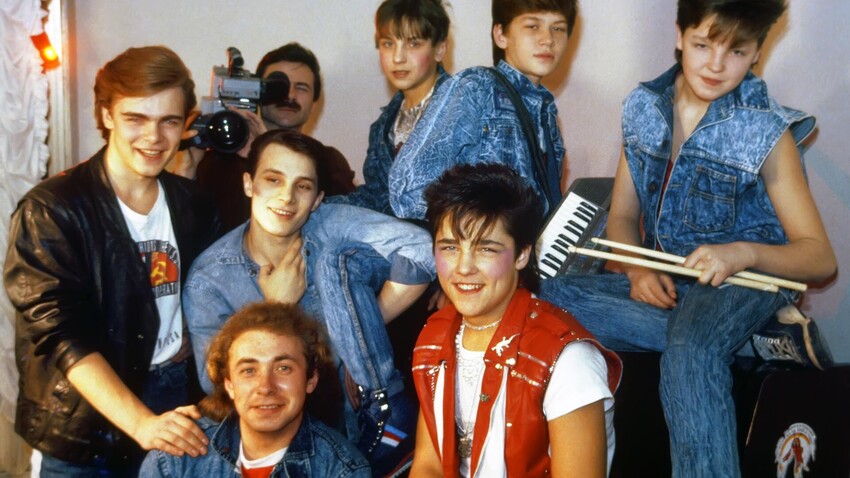 Alexander Shogin/TASS
Child abuse and exploitation, blackmail and murder: The genuine tale of the first ever Soviet boy band, consisting of orphans.

It’s 1989. Moscow’s ‘Luzhniki’ stadium is at full capacity. Some 200 13-15 year-old girl fans chuck their bras at the band performing on stage, while singing the words: “Summer is a fairy-tale world… Summer is the time of love for us.” Some are weeping; others are kissing the lead singer’s photograph. He is a 15-year-old boy from an orphanage, singing sappy songs about teenage love. The band is called ‘Laskovy May’ - or “Tender May”. 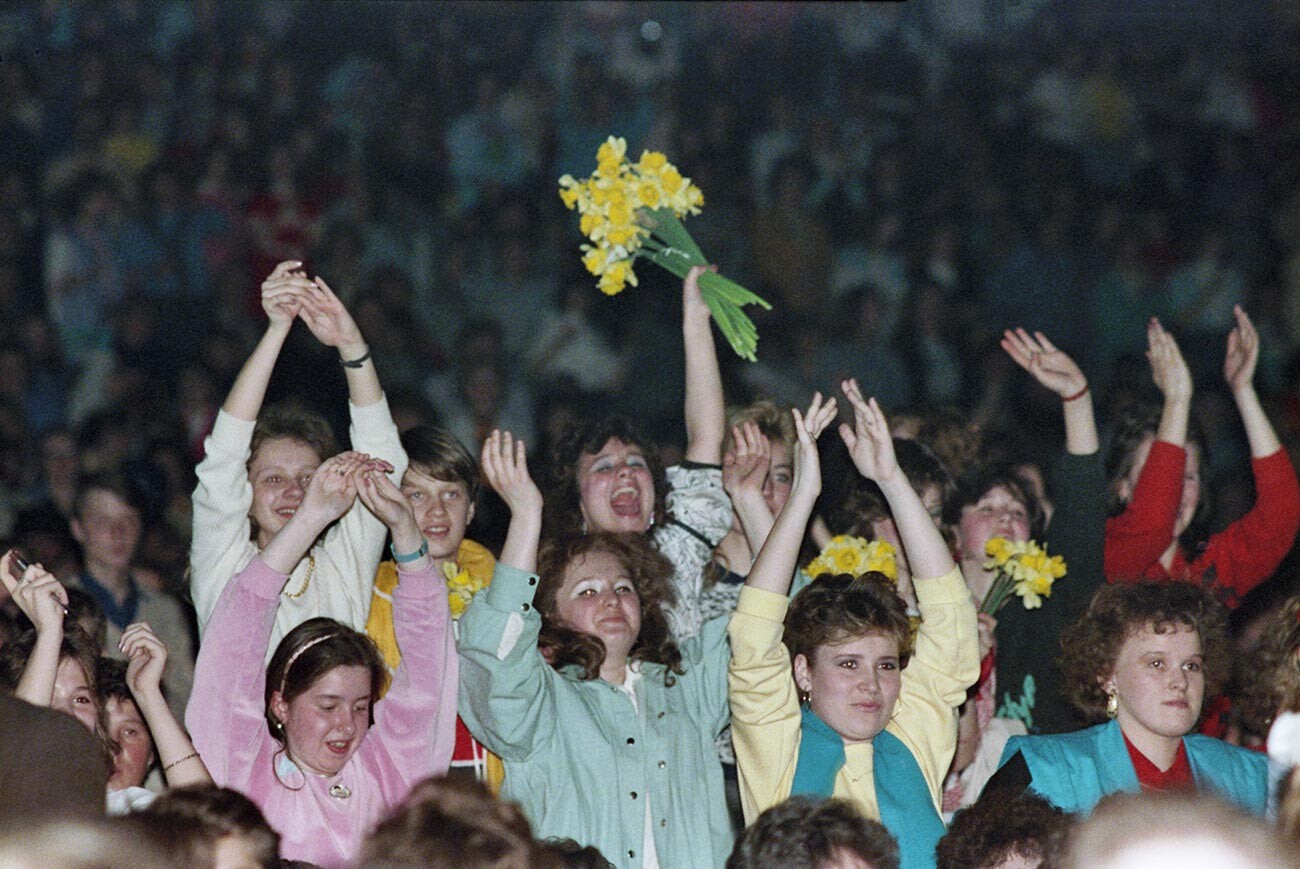 The USSR had never seen anything of this sort before: a teenage boy band driving an entire country insane, becoming a commercially successful pop project of unforeseen proportions that no other to this day has been able to replicate, was the stuff of fantasy. In 1989 alone, the band performed a staggering 2,500 shows, averaging four-five a day. How was this possible?

On June 23, 2022, Yury Shatunov - once the sweet 15-year-old boy - passed away from a massive heart attack. He was 48. We look at the history of the band, which reads more like a tragic tale of child exploitation.

Shatunov was 13 in 1986, when he and four other children at an Orenburg orphanage were offered a once-in-a-lifetime chance to become stars. The idea for the boy band came from 21-year-old local children’s music school teacher and songwriter named Sergey Kuznetsov. The boys’ first performances were held at the orphanage. 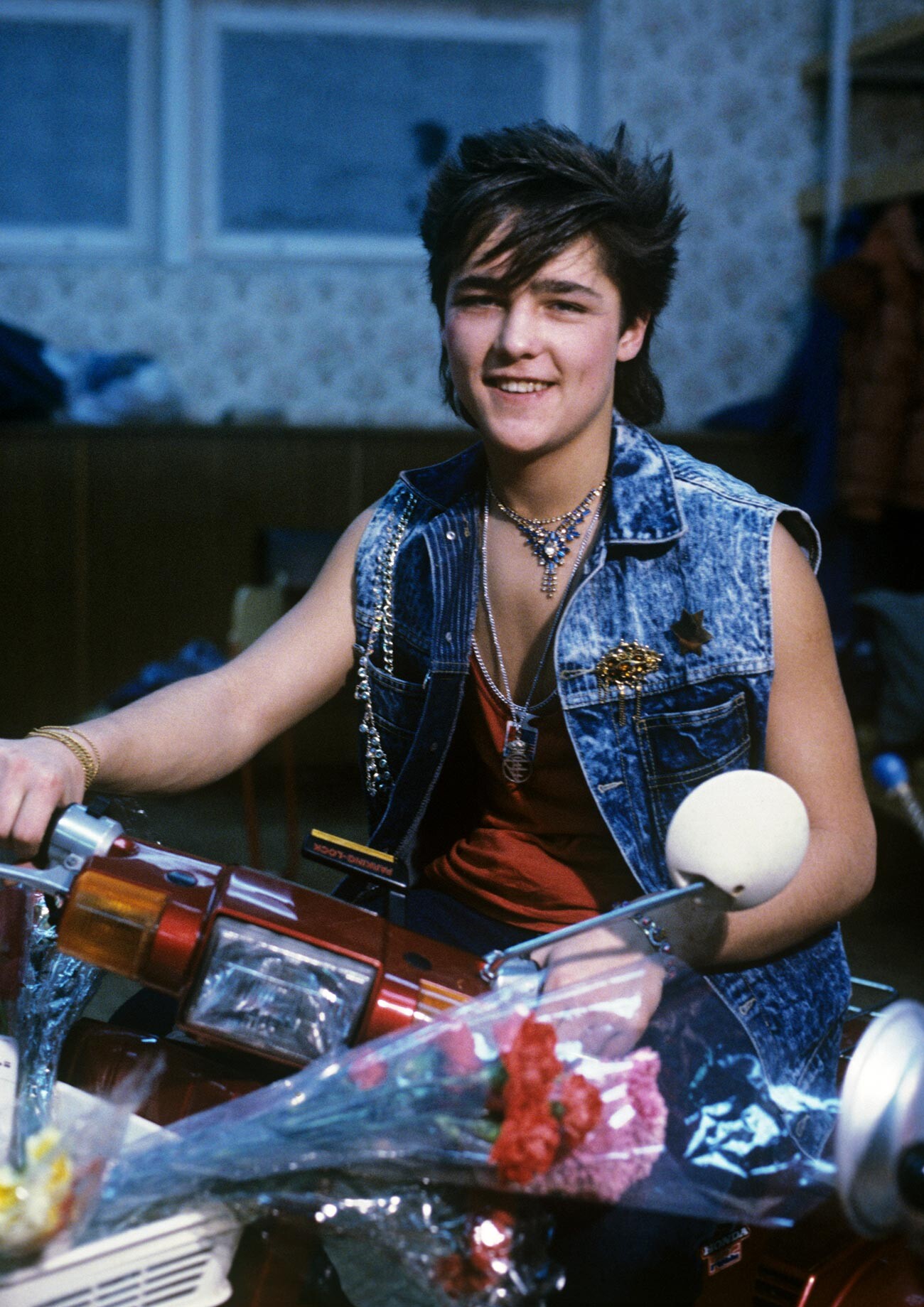 The name ‘Laskovy May’ originated three months after the creation of the band, at an orphanage arts and crafts festival. The band had nothing to call themselves when they first took stage. “So, we basically took a phrase from ‘Summer’- one of the songs,” Kuznetsov confessed. “The judges thought they were going to see boys take the stage wearing ties, but they instead sang a love song titled ‘Melting Snow’. There was a huge scandal and I was no longer allowed near the school.”

In the mid-1980s, in the golden era of American boy and girl bands, the only themes anyone could imagine a Soviet teen singing about was their love of their homeland, rescuing street animals or some other form of altruism. Teenage songs about love were out of the question, at least on an official stage: concert stages and TV were a different matter. “Before we came along, nobody ever dared to do what we did - to have a teenager singing not about ‘always being ready to defend!’ - but about his worries and feelings,” Kuznetsov said.

The only way to get through to the listener was bootleg cassette tapes, which is what Kuznetsov did. The band released their first album ‘Belye Rozy’, using reel to reel tape, and took the recording to a train station, of all places. In February 1988, he took the tapes to street kiosks around the station. Nobody wanted an amateur recording of orphan boys. Only Kuznetsov’s friend bought one. 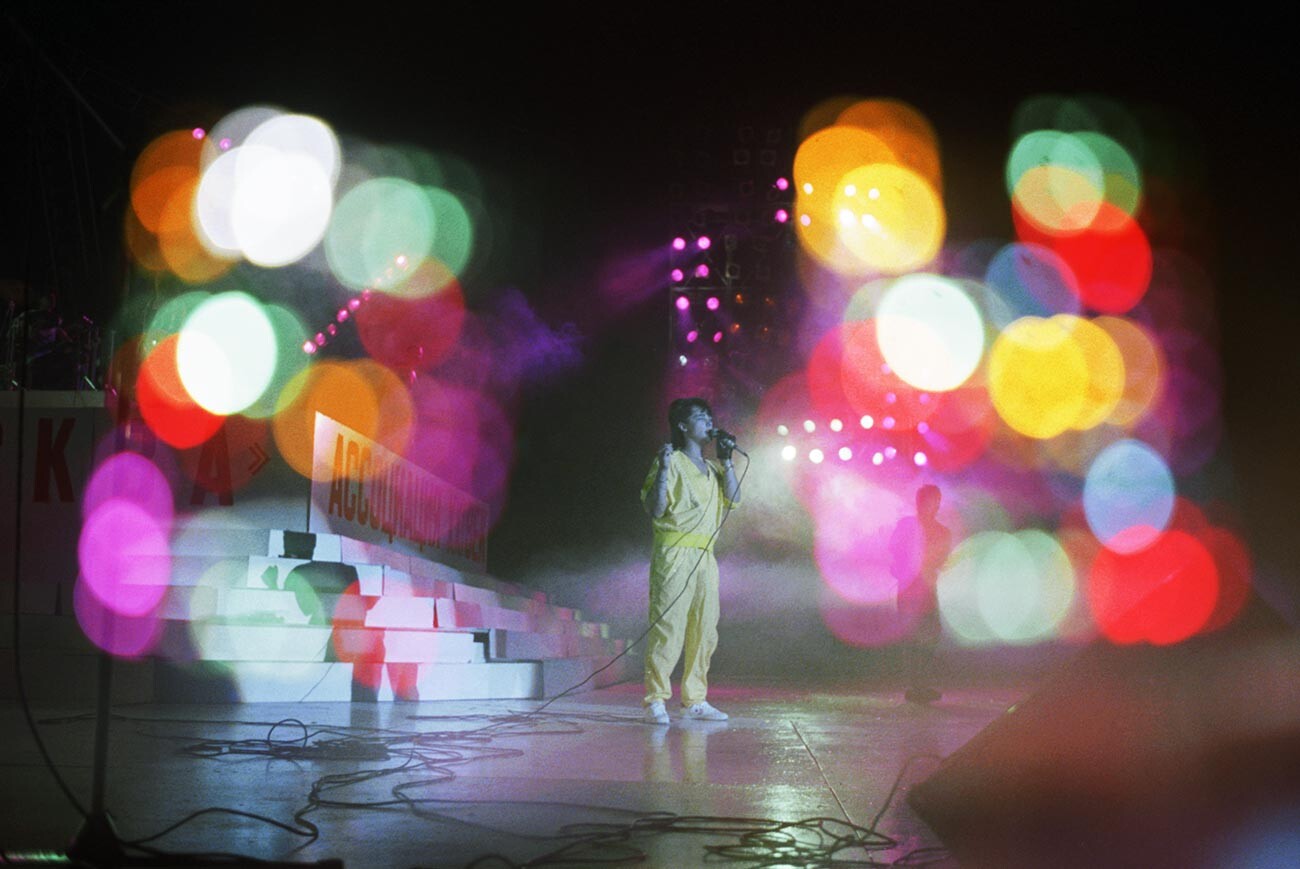 The story could’ve ended there. Kuznetsov had already been expelled from school, while Shatunov escaped school for a second time to be with his relatives in Kazakhstan. The band was practically over. However, two months later, the entire country would know their names.

The intercity trains bore fruit. The tapes given out to train kiosks spread across the USSR like wildfire. Simple songs about feelings and love, coupled with a youthful romantic aesthetic, took people’s hearts by storm. One such heart was that of producer Andrey Razin (a former orphan himself). He was already busy producing another pop band called ‘Mirazh’ (“Mirage”) and looking for new talent. “The orphans will do really well!” He later recalled thinking.

Some time later, Razin found Kuznetsov and - given that he was the author of the songs - relocated him to Moscow. 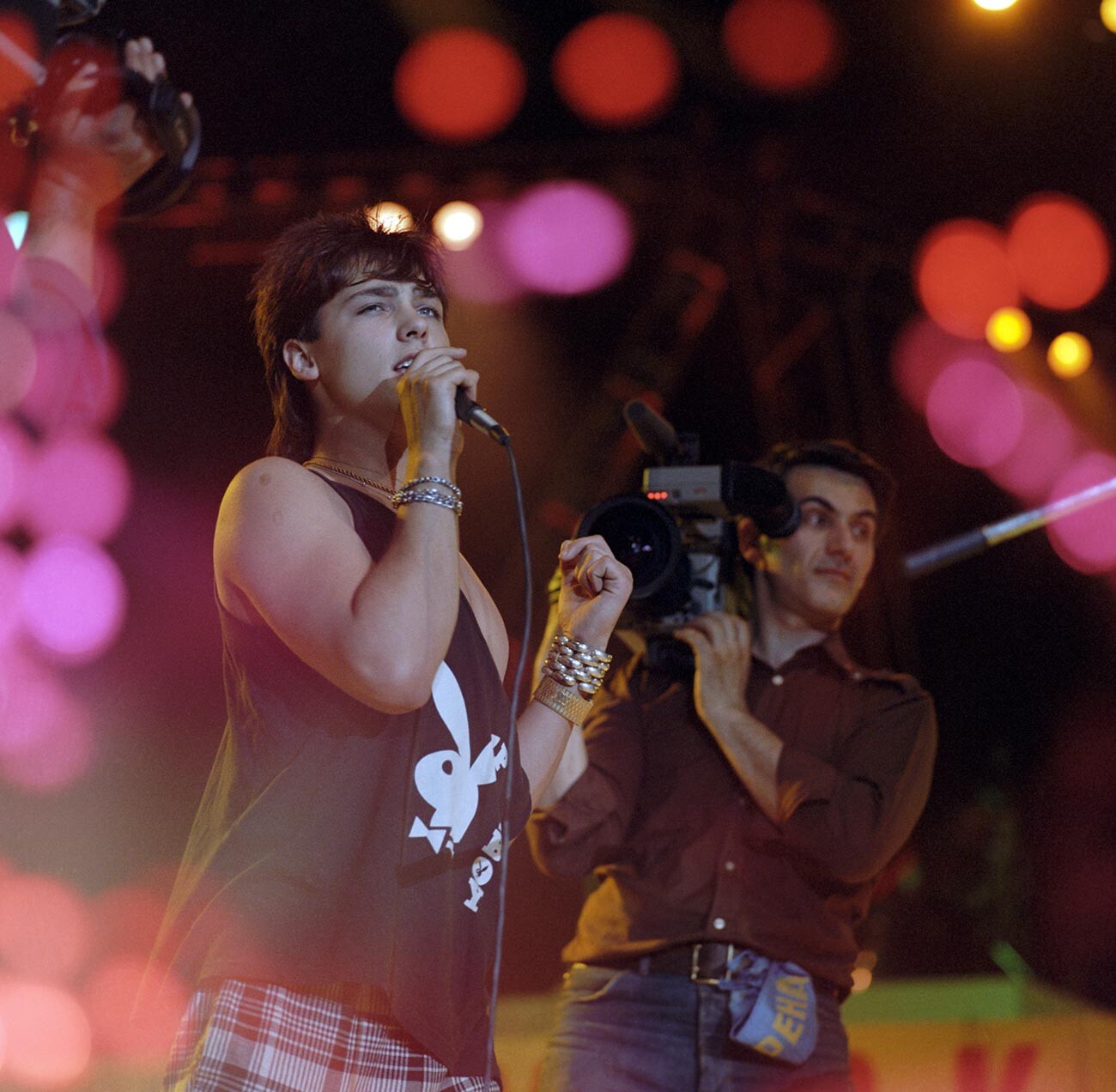 “On July 4, 1988, I set off for Mocow and, on the very first day, found out things that made me suspicious,” he recalled. “I discovered that Razin was using our music as a backing track for some other project called ‘May’, right in downtown Moscow, in Gorky Park.”

There were no copyright laws to speak of in those days. Despite his reservations, Kuznetsov and the boys signed a contract with Razin, who, unbeknownst to him, was on taking Soviet pop music into a whole new - Western - direction. At the peak of the band’s popularity, there were several official lineups alone (to say nothing of a dozen unofficial ones), which toured the country. Later on, using the same tactics, producer Frank Farian would begin to double and triple the legendary disco outfit Boney M. The largely teenage public didn’t really notice or mind and only helped proliferate the model.

“I remember going on stage once and singing in Shatunov’s voice for an hour and a half. You think anyone noticed? People were dancing, singing and enjoying themselves,” Razin himself confessed in an interview to Channel One once.

In order to make the video for the smash hit ‘Belye Rozy’ (“White Roses”) happen on public television, Razin concocted several legends. One of them claimed that he was General Secretary Mikhail Gorbachev’s nephew. He used a photo with the future president - the two were practically neighbors, both from Stavropol Region. The photo was taken by complete accident during Gorbachev’s visit to the region. But, thanks to that, the main government TV channel was willing to organize a video shoot in mere days. And after garnering more support from other government channels, Razin was able to begin publishing ‘Laskovy May’s own newspaper, which served as the band’s official information source, even available by subscription. 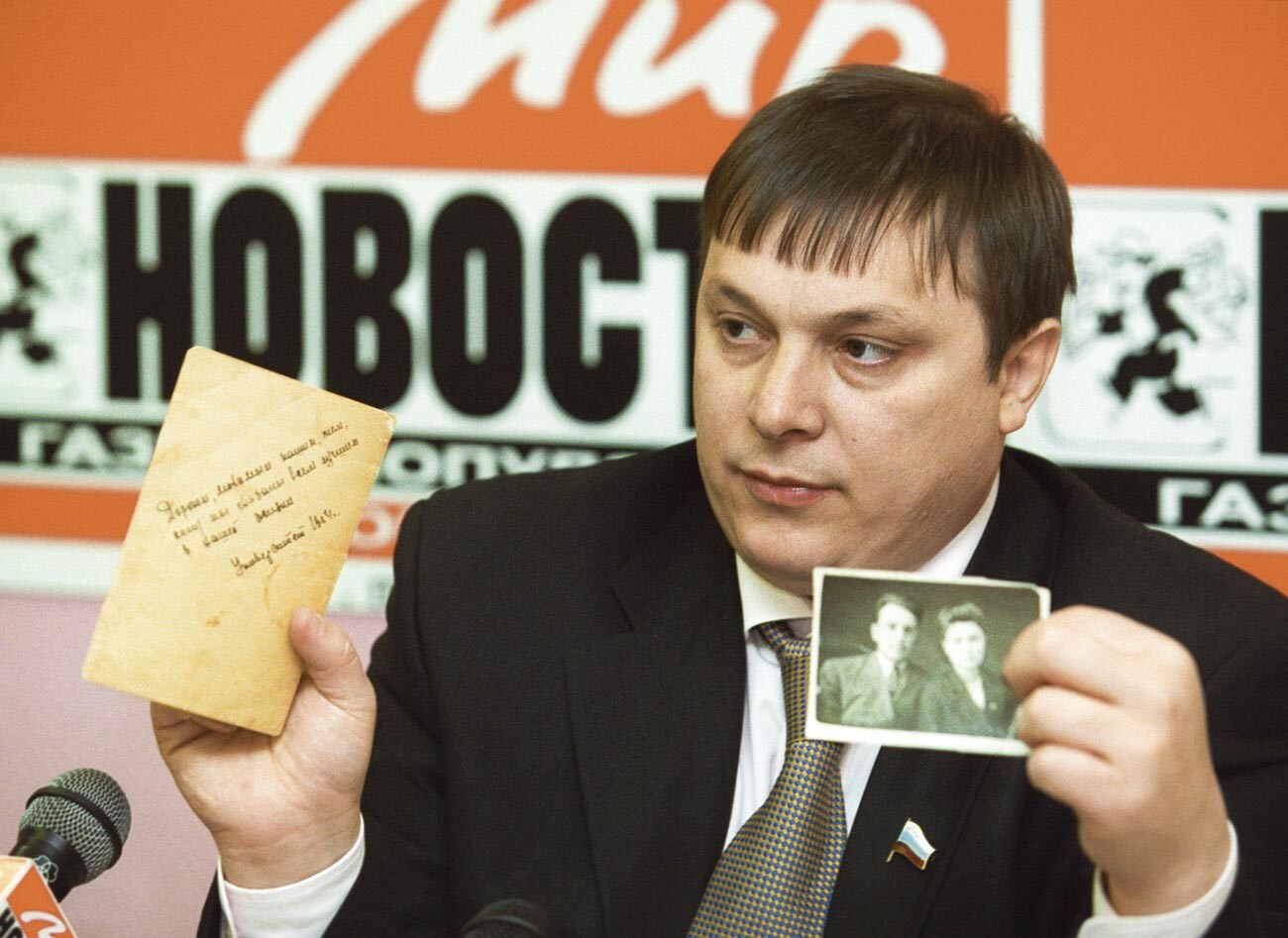 Lyrics about white roses freezing inside a teenager’s soul - or about the tender breath of a pink-colored evening - contrasted sharply with the band’s daring onstage antics. Moreover, the Orenburg orphans weren’t that different from Soviet late-1980s teenagers at large: all were experiencing more or less the same national reality.

Razin never tired of repeating: “The project’s concept is simplicity, accessibility and melodicity.” Those were the “three whales” on which ‘Laskovy May’s success was built. He claimed that looks, stage presence and voice (in that order) were key. However, there were other elements that ensured a grip on the teenage audience.

The five boys that Kuznetsov and Razin pulled out of the orphan school would later talk about their teachers being rough and, at times, even cruel in their treatment of them. The concert fee for a Soviet artist in those days was 14 rubles, with ‘Laskovy May’ receiving on average 30-50 rubles for a single performance. But they simply had no time to spend any of it. 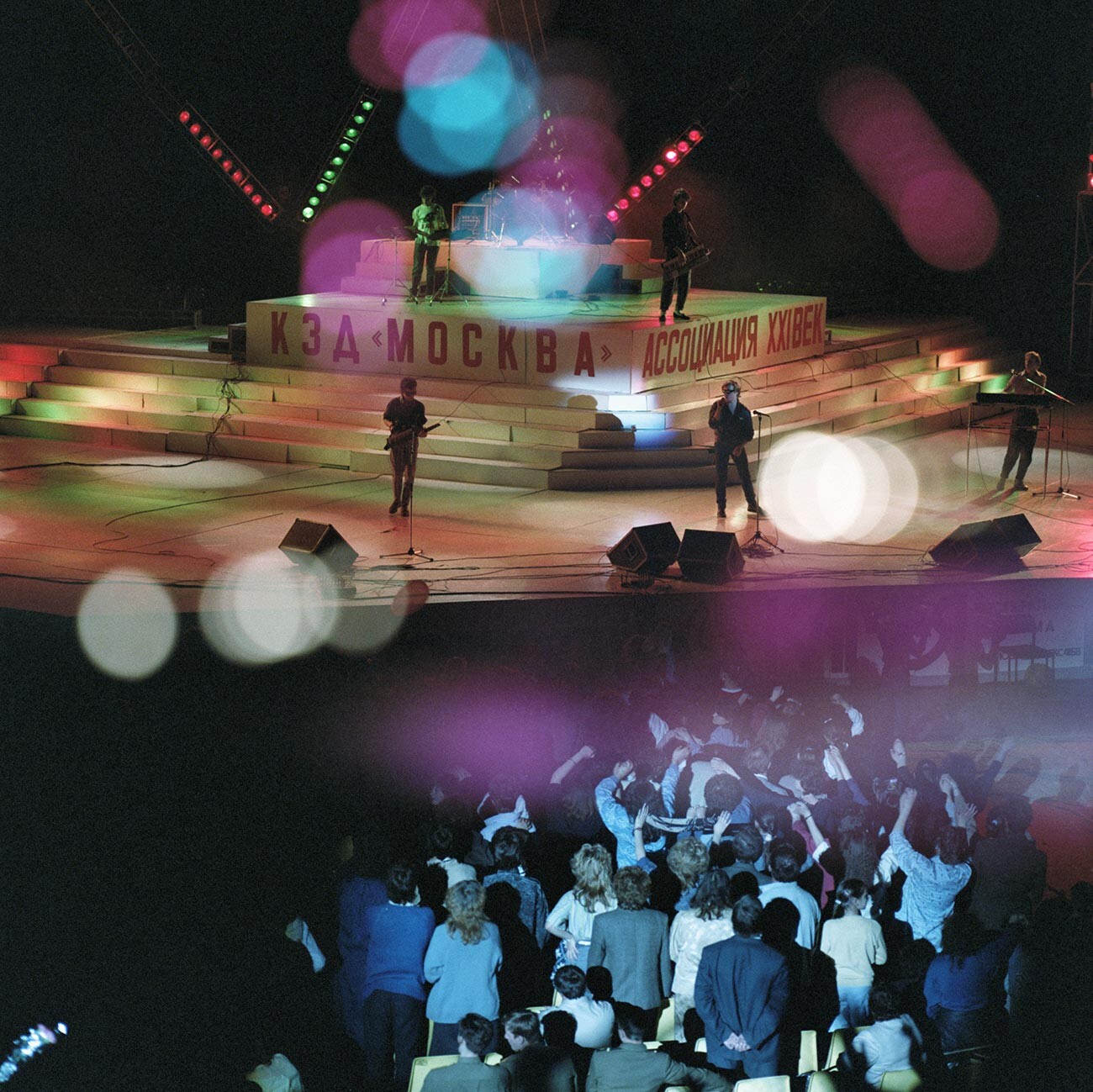 For the majority of the year, averaging five-six shows a day, they worked from 10 AM until late in the night. They didn’t sing their lines live, but, according to Kuznetsov, they all knew their roles very well. There was absolutely no time for them to even have a normal childhood.

For every slight on the boys’ part, they were forced to perform 20 shows for free. They were strictly banned from smoking, drinking or touching drugs - as well as sex with the fans. As Yury Shatunov would himself claim many years later, the director of the orphanage herself got a cut of the money the boys were making: she was his official guardian and, at the very start of his career, took his passport away, claiming it had something to do with document processing or some other official business. She made him work for free. “For two years, I worked for her, doing shows,” Shatunov later claimed in an interview. 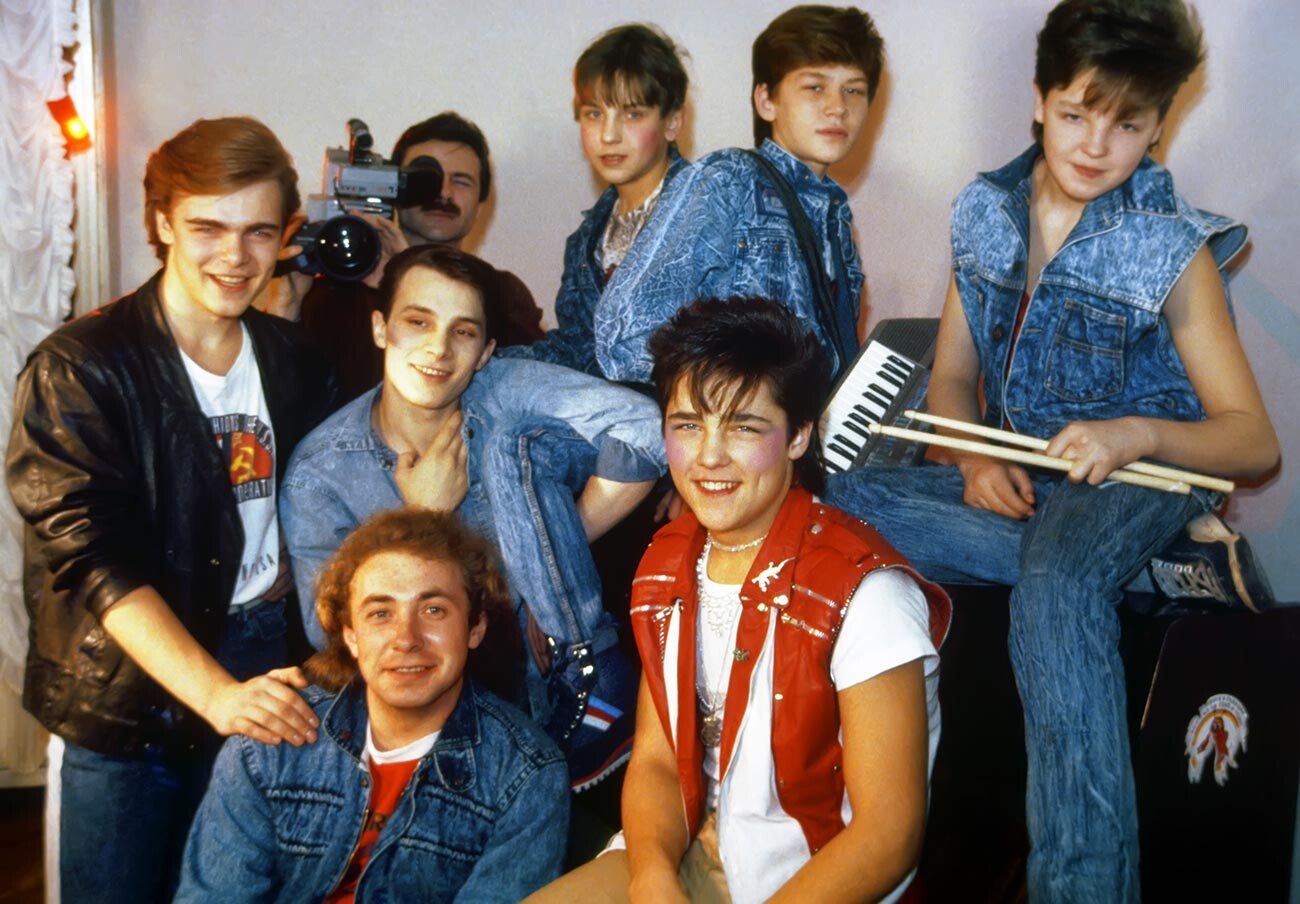 The summer of 1991 became the group’s last. Kuznetsov asked Razin for the proceeds from performing his work, but was declined. The question of money really escalated tensions within the band. After Kuznetsov’s departure, Razin continued to try to attract new young boys to the band. However, that winter, the group’s main star, Yura Shatunov, would leave and the cloned bands’ popularity, likewise, began to wane. Shatunov, who was by then 18, had left for Germany to study audio engineering.

The band fell apart at the peak of its popularity, having sold 47 million tickets over the course of its career. After the breakup, which coincided with that of the Soviet Union itself, the former artists fell into depression and, often, alcoholism.

One of the singers, Igor Igoshin, took his own life, jumping from a window on the fourth floor. Another, Maksim Sukhomlinov, was involved in jewelry, but was shot dead near Shatunov’s apartment building, dying in his arms (one version posits that the killers were actually hired to kill Yury himself). The drummer, Sergey Serkov, took odd jobs as a loader at the Slavyanskaya hotel. Konstantin Pokhomov, one of the singers, got a job as a wedding singer. Guitarist Sasha Priko played shows at a train station cafe in Nizhny Tagil and died of cancer in 2020. Sergey Kuznetsov, meanwhile, never won a single court case over the rights to his music and, today, suffers from cirrhosis and lives on disability benefits. 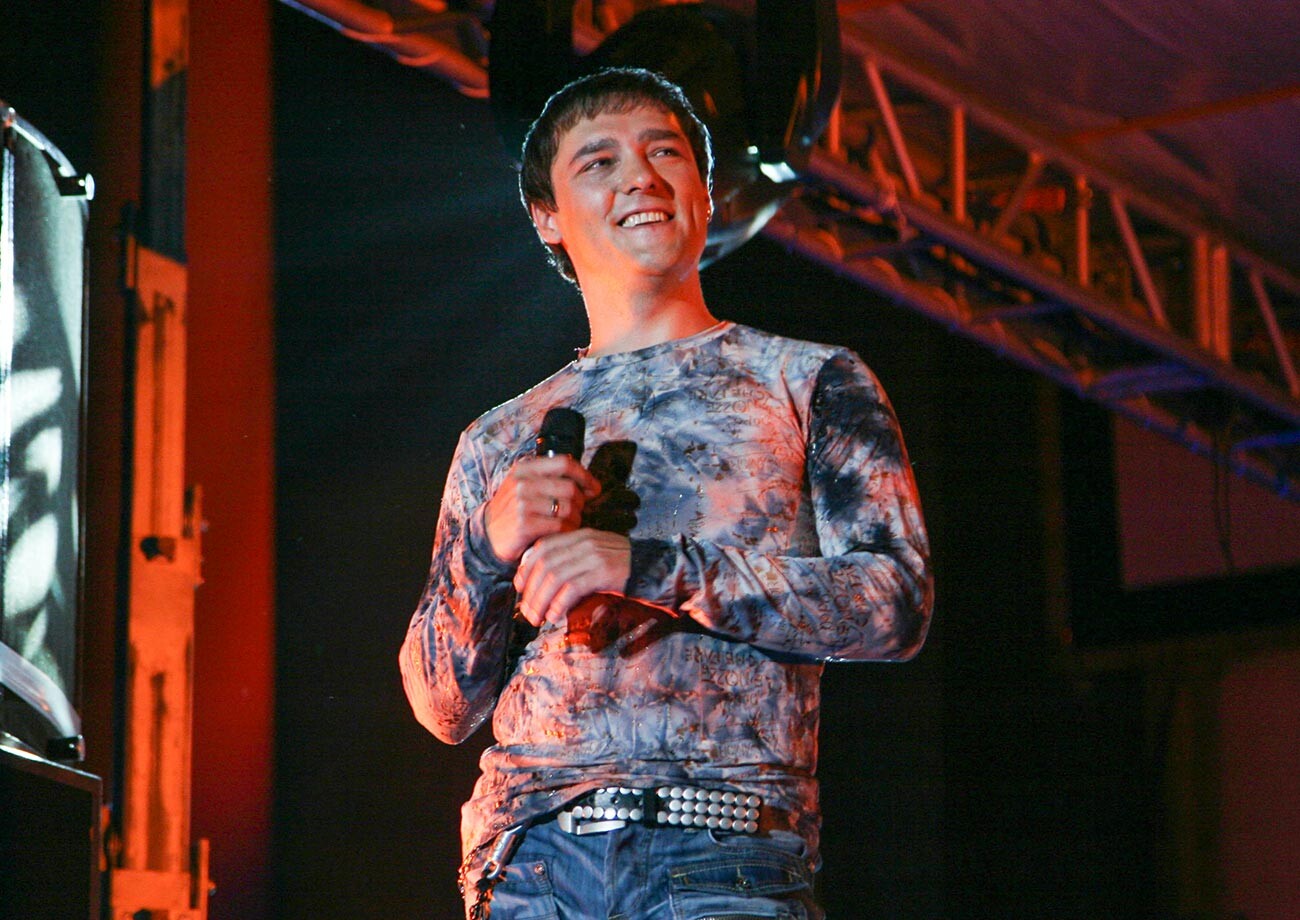 Out of anyone who had any relation to the band, Yury Shatunov was, perhaps, the most successful. During his stay in Germany, he started a family. In 2009, he went on a Russian tour, performing his ‘Laskovy May’ repertoire. According to him, the tour went well: many loved to get nostalgic with him over the old catalog.

In the same year, the movie ‘Laskovy May’ came out - supposedly, a biography of the band. But, Yury and the film’s producer Yefim Lyubinsky both confessed that the picture was far from the actual truth. The reality was rough, dark and no viewer would want to see that.

If you were to combine three movies together - ‘Terminal’, ‘Love, Actually’ and ‘Meet Joe Black’ - you’d get the real story of the band ‘Laskovy May’. “But I doubt anyone could accomplish such a thing,” Shatunov said once.