Mariinsky Theater's extravagant costumes & props: How they are made (PHOTOS) 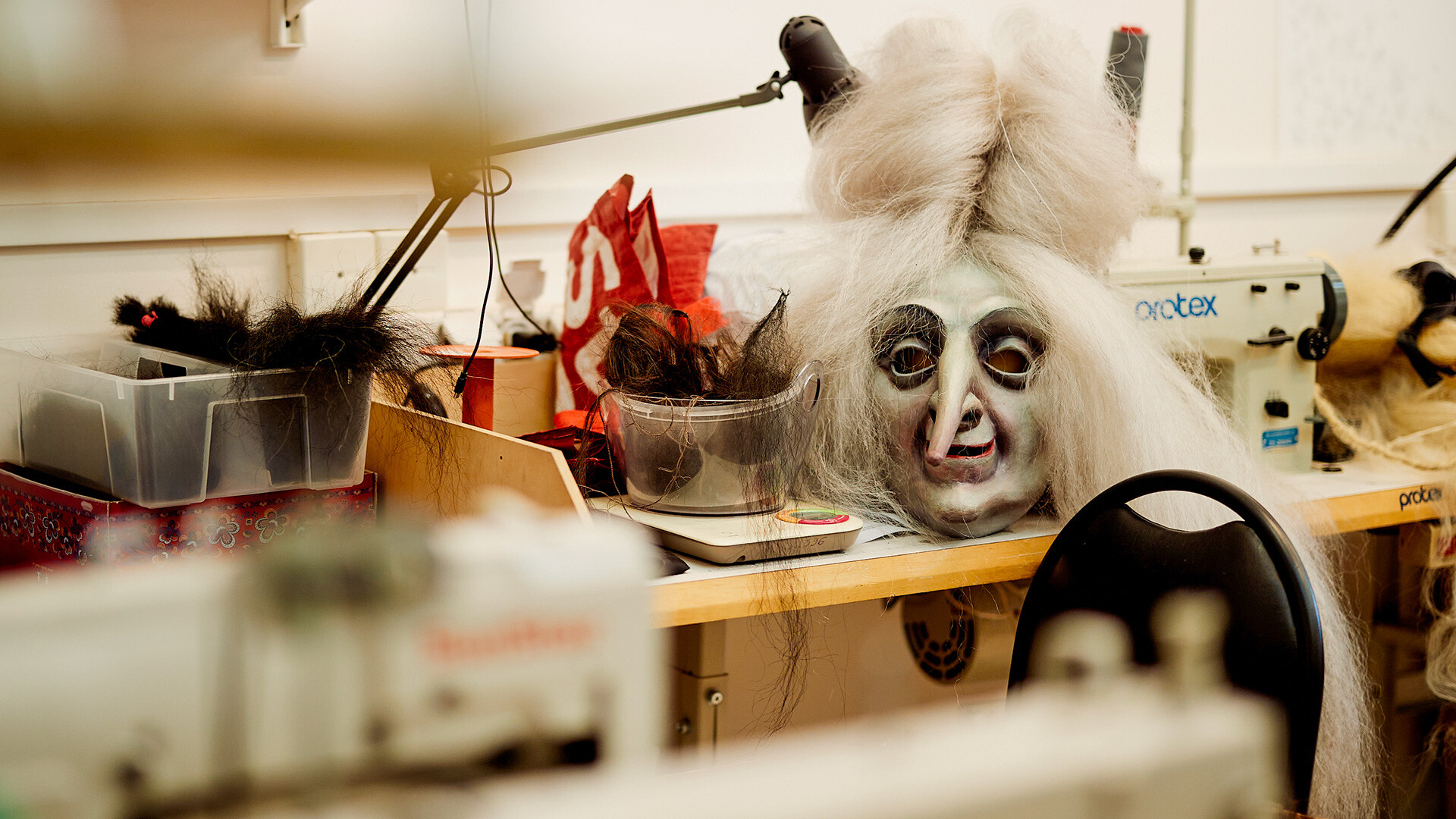 Mikhail Vilchuk
The costumes, props and sets of one of Russia’s most famous theaters, the Mariinsky, are created in the theater itself. We tell you about a tradition that has been maintained for almost a century and a half.

There are fifteen minutes left before the start of a performance on the historical stage of the Mariinsky Theater. In the narrow corridor in front of the makeup rooms, a standby cue is announced. The make-up artists quickly and confidently apply makeup. Costume supervisors look through their checklists for readiness of costumes for the next scenes. 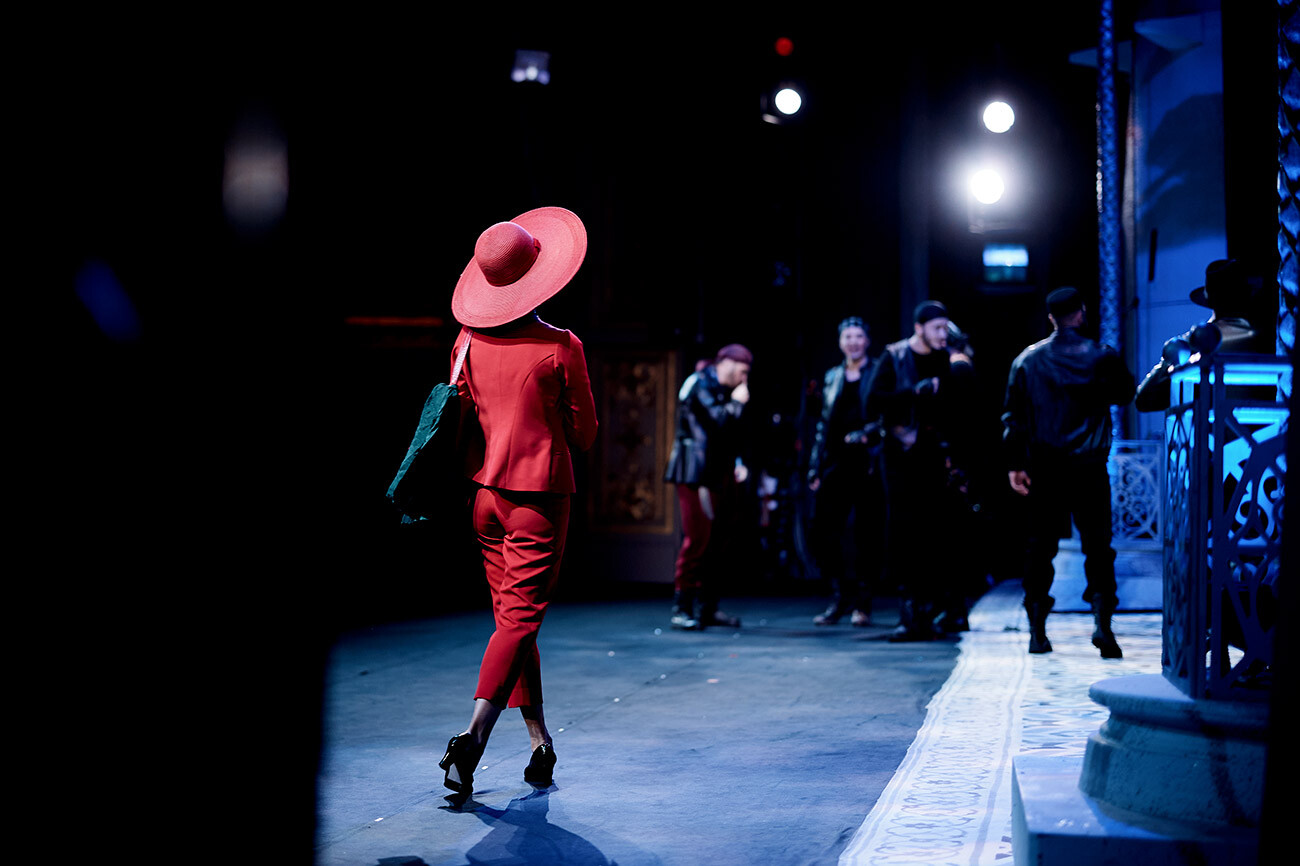 When the third bell rings, the actors go to the stage. While the orchestra plays the overture, the curtain is lowered. The mime artists prepare to act and the soloists take their seats. A cloud of fog from the smoke machine surrounds the performers. 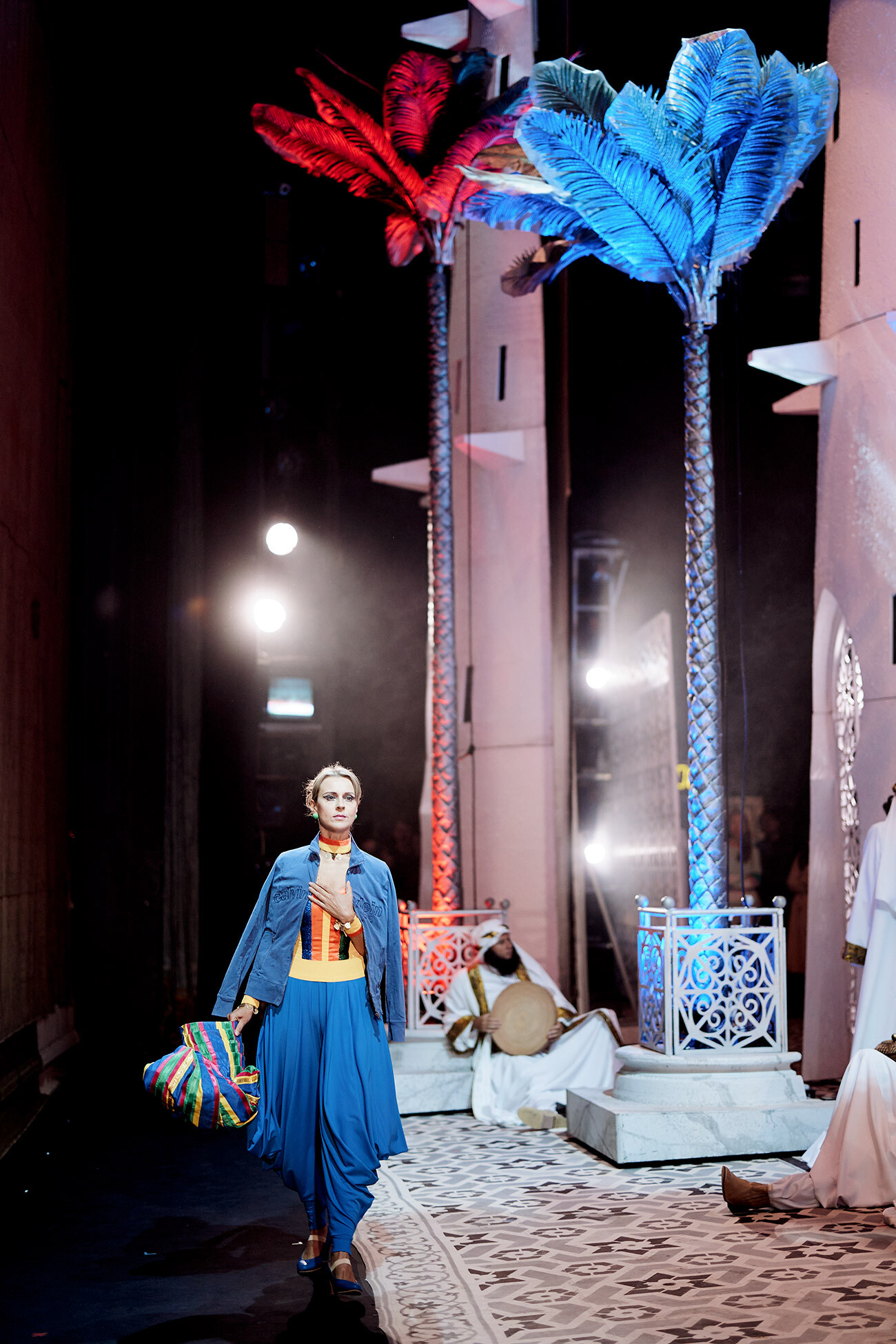 The 240th anniversary season opens with Gioachino Rossini’s opera ‘Ille Italiano en Algérie’. The show is sold out and Maestro Valery Gergiev, Artistic Director of the Mariinsky Theater, is conducting. To the applause of the crowd the curtain rises and the performance begins. 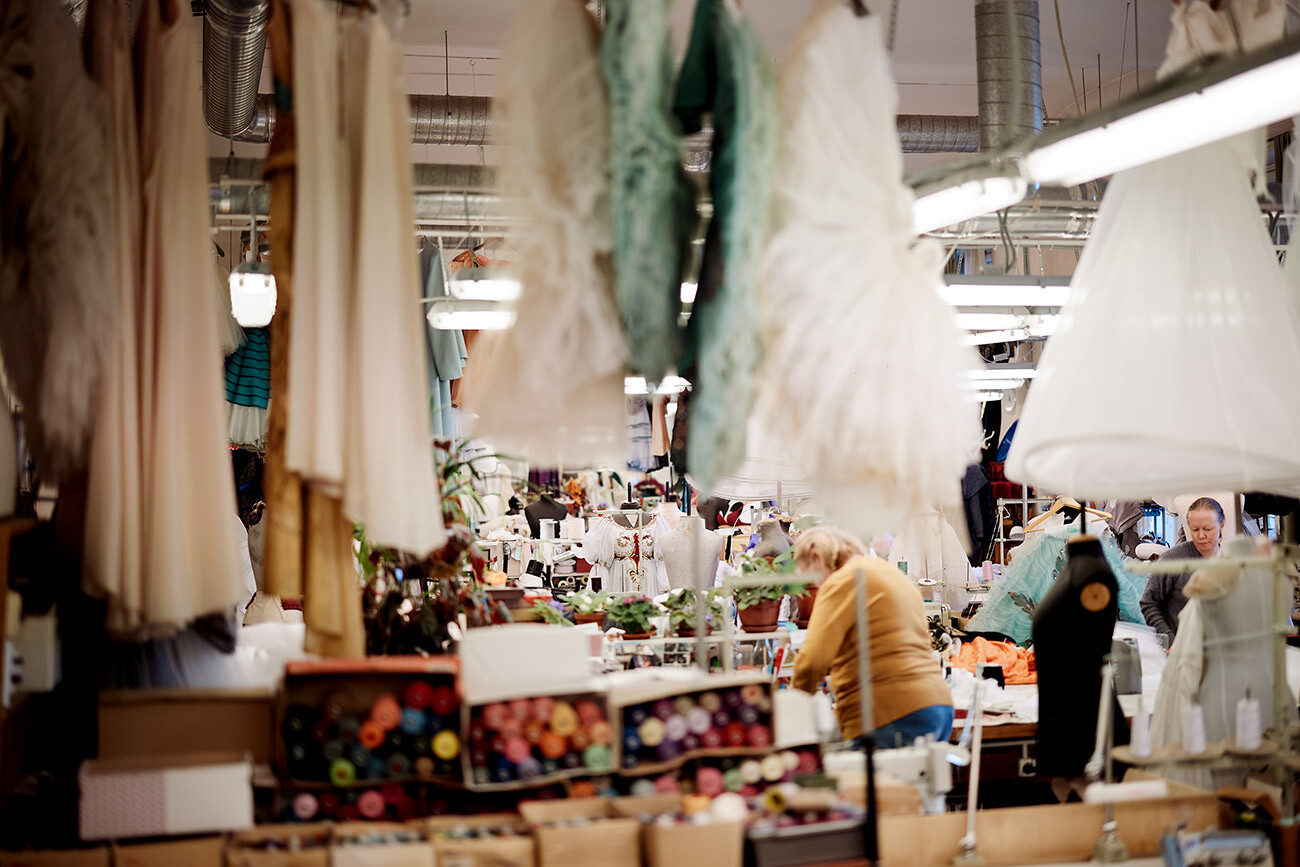 The historical stage of the Mariinsky Theater has always been and remains an iconic place for residents and guests of St. Petersburg. It is valued both for its ability to immerse itself in the magnificent atmosphere of the former imperial theater and for its brilliant productions that allow the viewer to be carried away for several hours.

This magical effect is the result not only of the orchestra, the opera company and the ballet company, but also of numerous workshops. On the basis of these workshops, the ‘Artistic Production Combine of the Mariinsky Theater’ was established in 1998. It is the largest enterprise in Russia and Europe to produce equipment for theatrical productions including costumes, props, scenery and much more. In fact, art workshops under the Directorate of the Imperial Theaters were already established way back in 1874 by a decree of Emperor Alexander II. 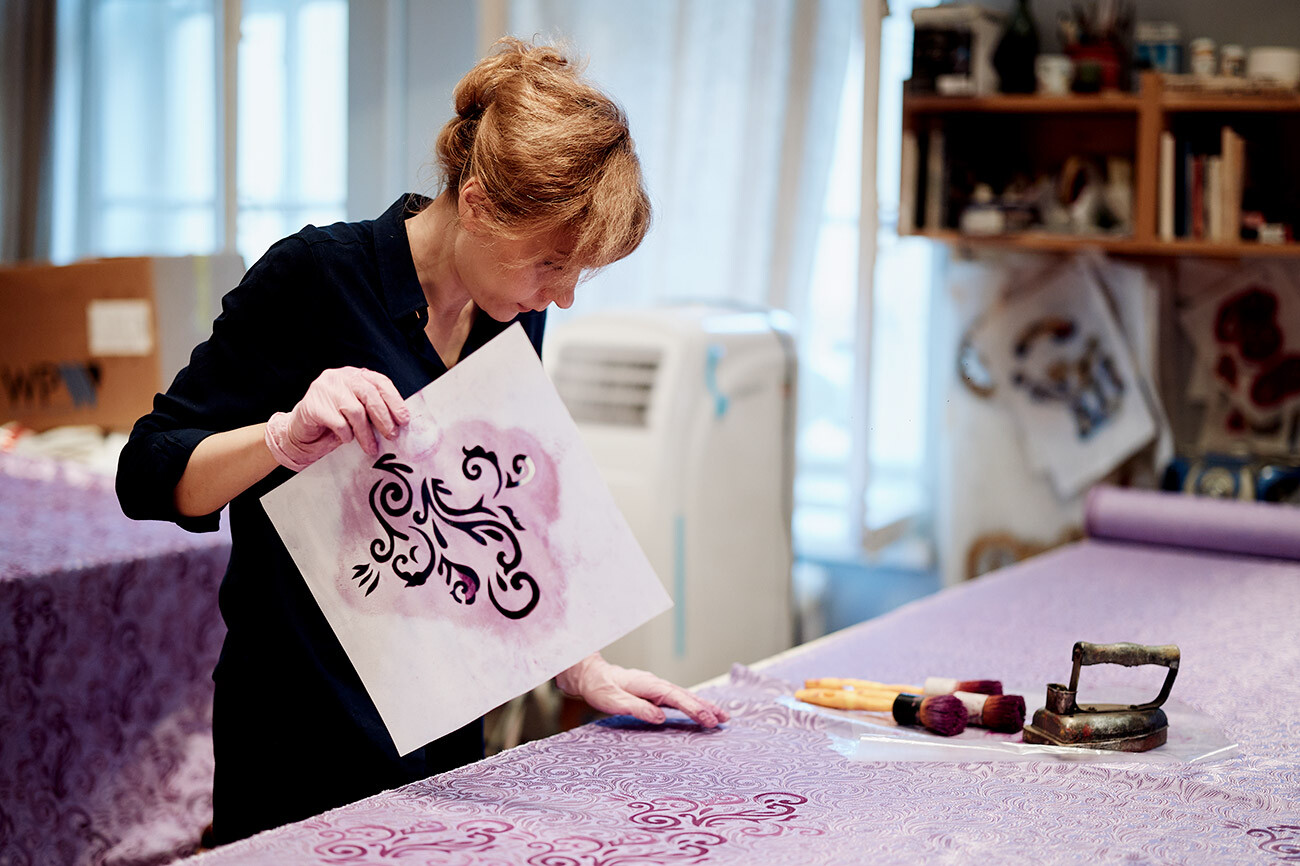 The Mariinsky Combine operates five stages in three cities: three in St. Petersburg (the historical and new stages, as well as the concert hall) and one in each of its branches in Vladivostok and Vladikavkaz (Republic of North Ossetia).

How costumes are made

Full-cycle costume production produces up to 400 costumes per month of any complexity - from ballet tutus to ultra-fashionable leather jackets used in contemporary performances. 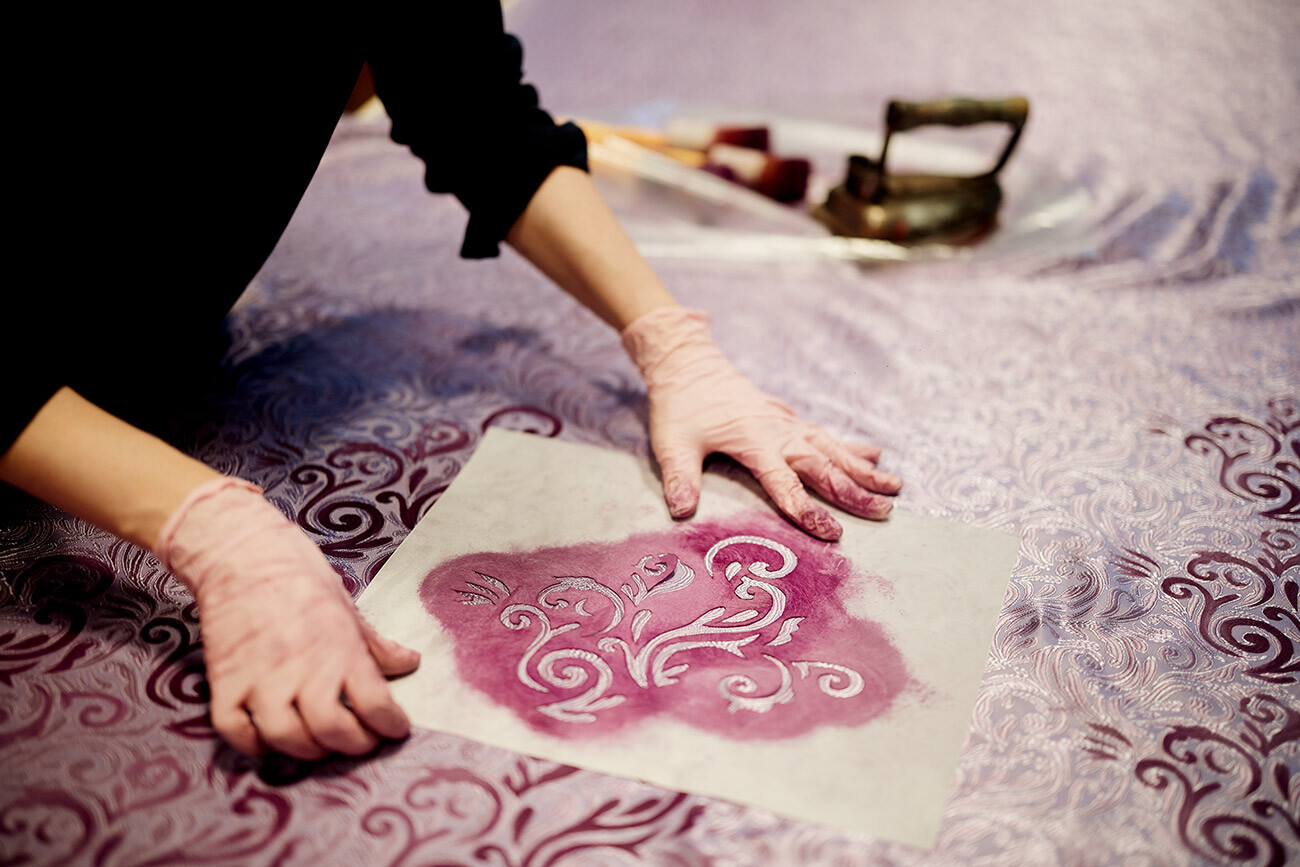 The process begins with the preparation of fabric. According to the sketches of the costume designer, the textile is dyed and hand-painted using a stencil. 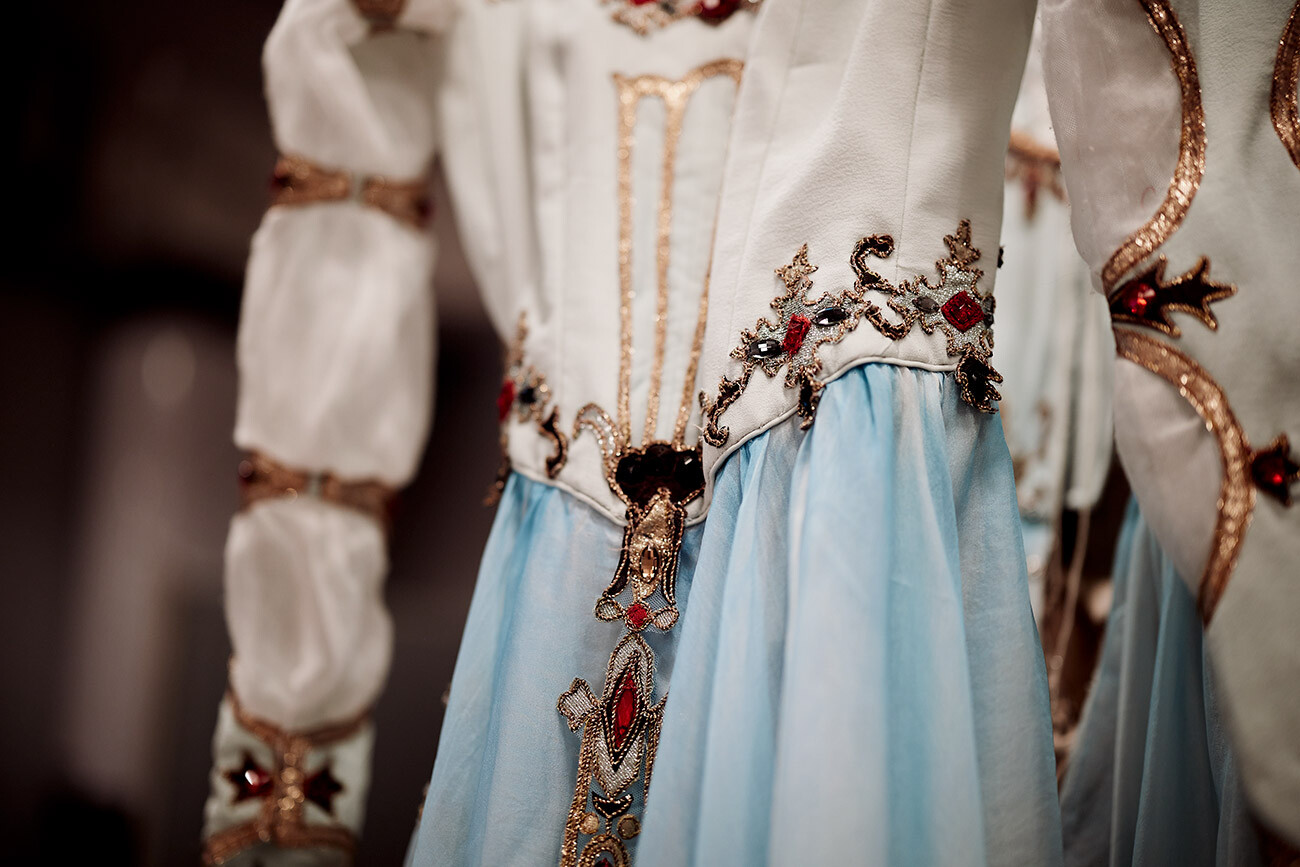 Then the material is transferred to the male and female sewing shops. There, the costumes are tailored individually for each artist, taking into account a number of details. 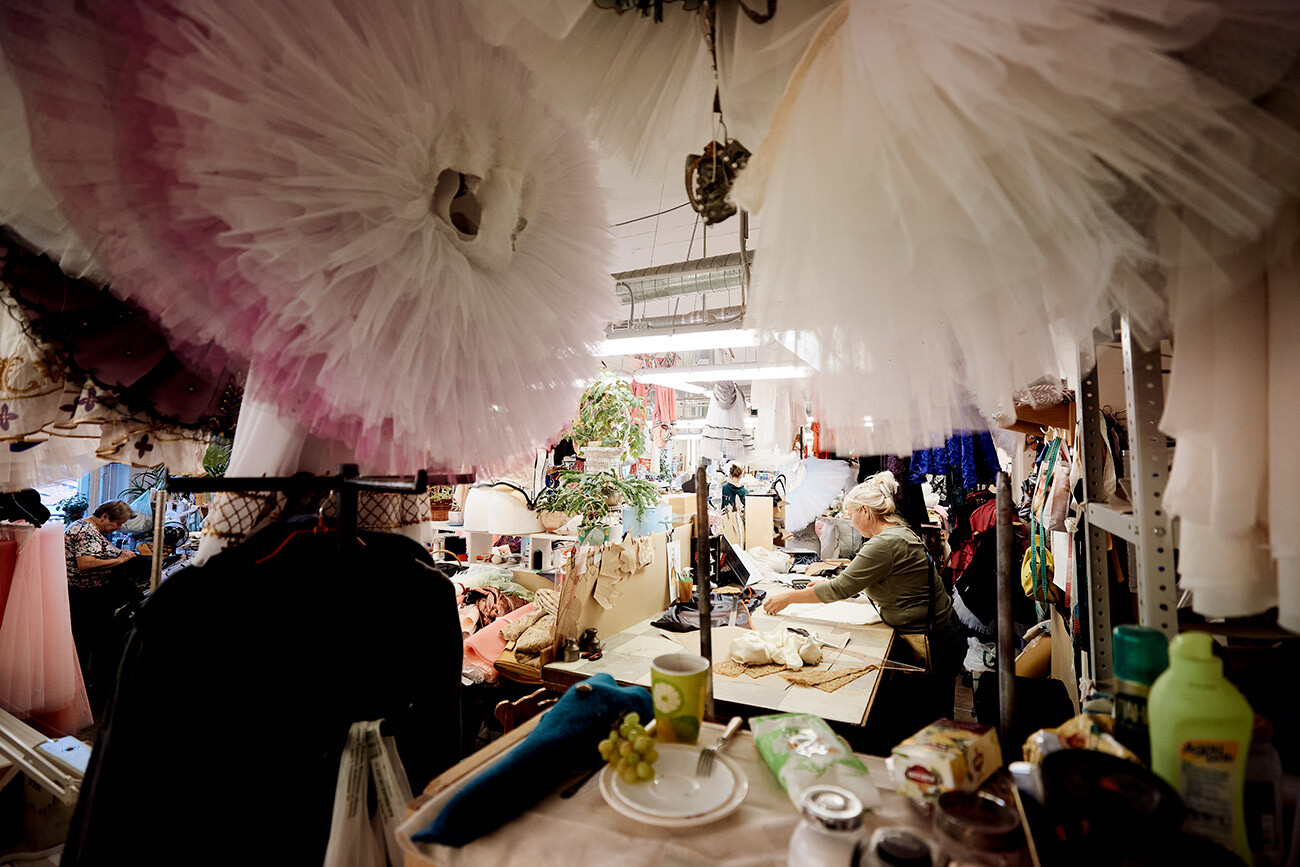 For example, when sewing a ballet tutu, different qualities of tulle are used: softer at the bottom (so that it doesn’t scratch the ballerina’s hips) and harder at the top. Each tutu has a “steel” - a metal hoop designed to give the skirt elasticity, which is manufactured at a watch factory. 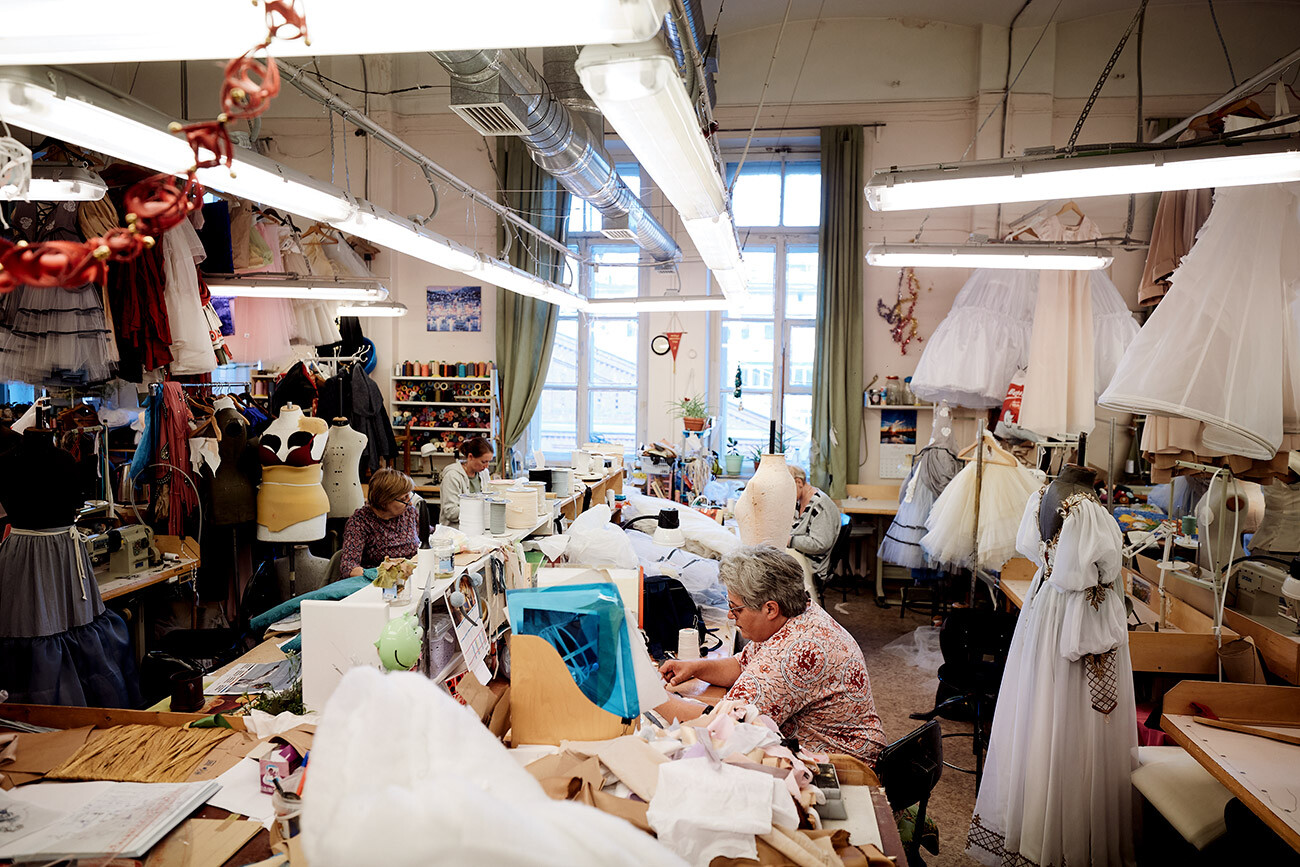 “Over time, tutus wear out and start to look like weary mushrooms, so we change the layers that have become deformed over time through wear and heat treatment. So it’s quite cost-effective and a ballet tutu can last a whole season in this way,” says technologist Maria. At the end of the season, some suits are sent to the laundry and dye shop to freshen up their color. 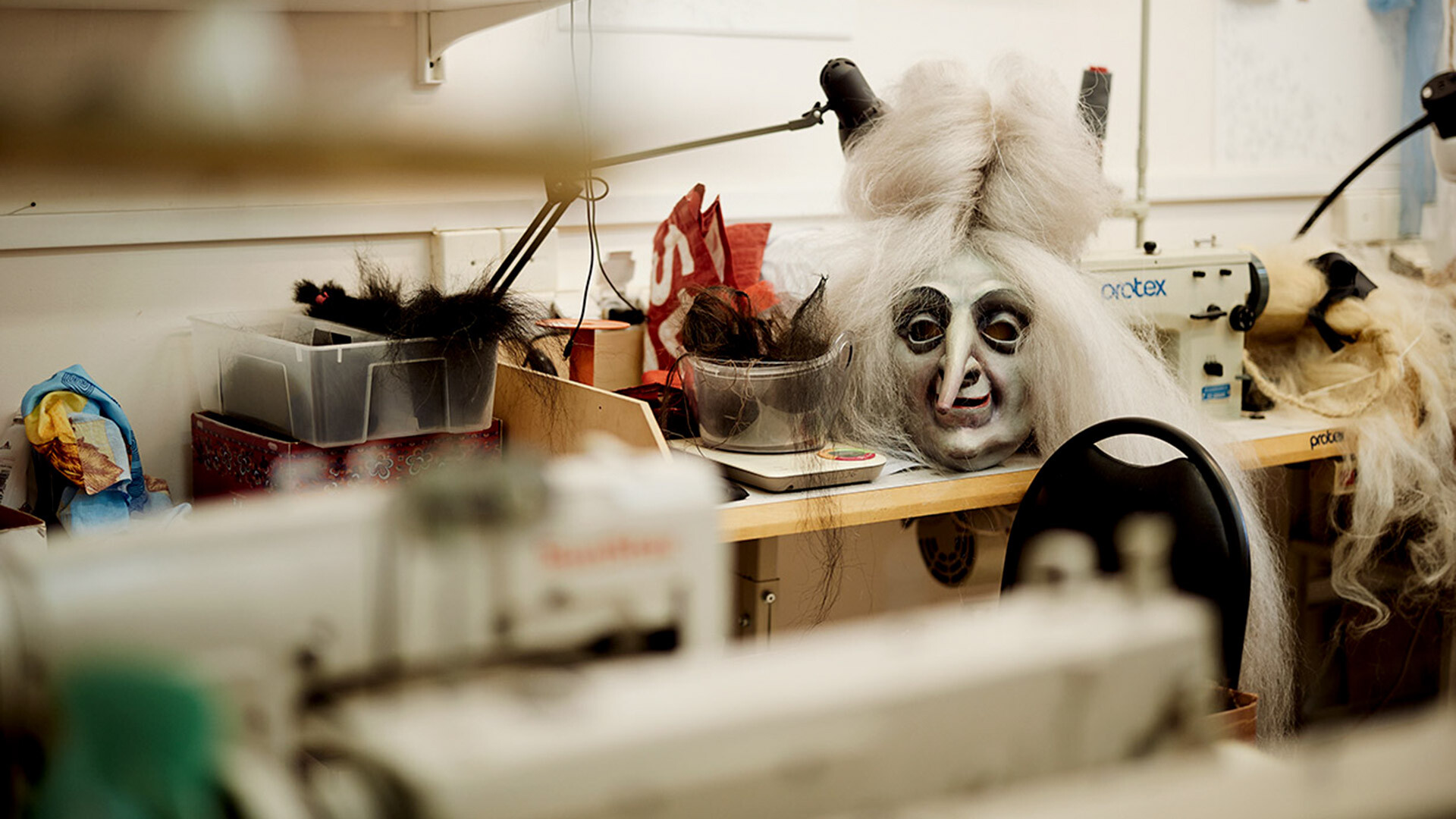 Despite the availability of modern equipment, some masters prefer to work on old machines from the 19th century, on which costumes were made back in tsarist times. 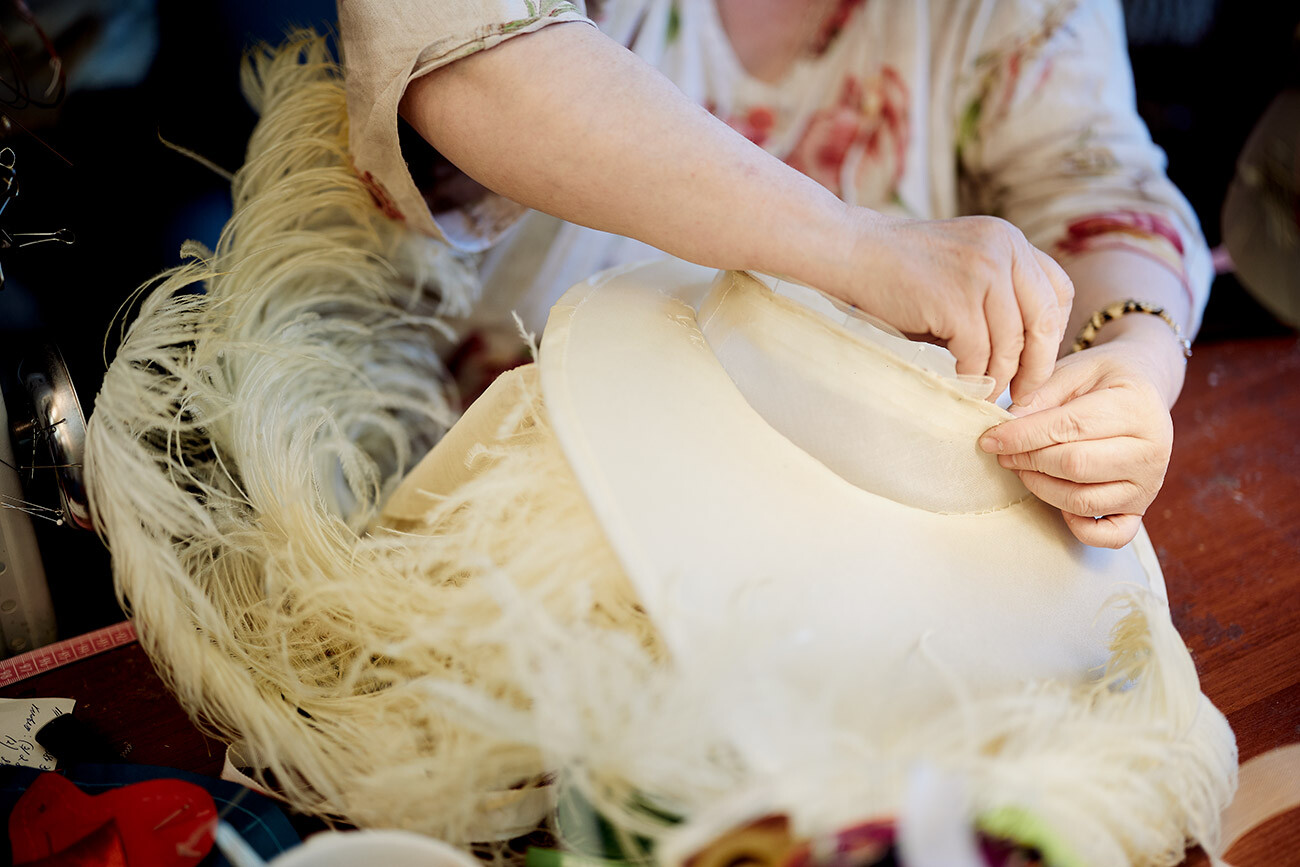 In addition to costumes, the workshops are also used to create shoes, headdresses and accessories, such as wigs, hairpieces, false mustaches and beards. Clothes and props are taken care of by the theater’s own dry cleaning service.

How is the set created?

Another large-scale production is also in operation at the theater complex: the scenery production. There are workshops for the production of scenery, props and stage furniture, as well as four scenic halls: over 30 people work there alone. The most spectacular is the round Golovinsky Hall, with a total area of 600 square meters, located right under the dome of the historical stage (approximately on the 7th floor). To get there, you have to climb a very steep spiral staircase. 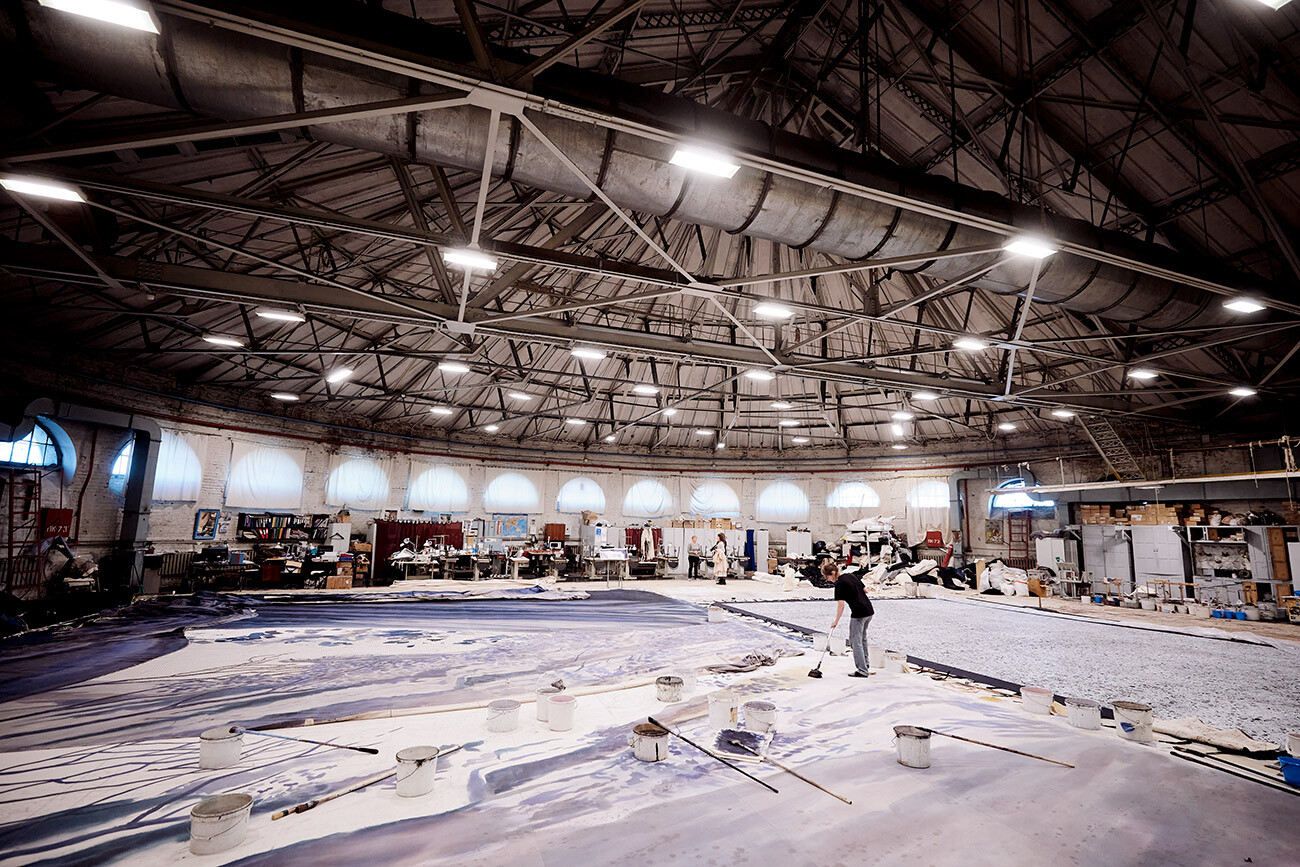 Artists have been creating soft parts of the set there - curtains, furniture and other stage design elements - since 1864. 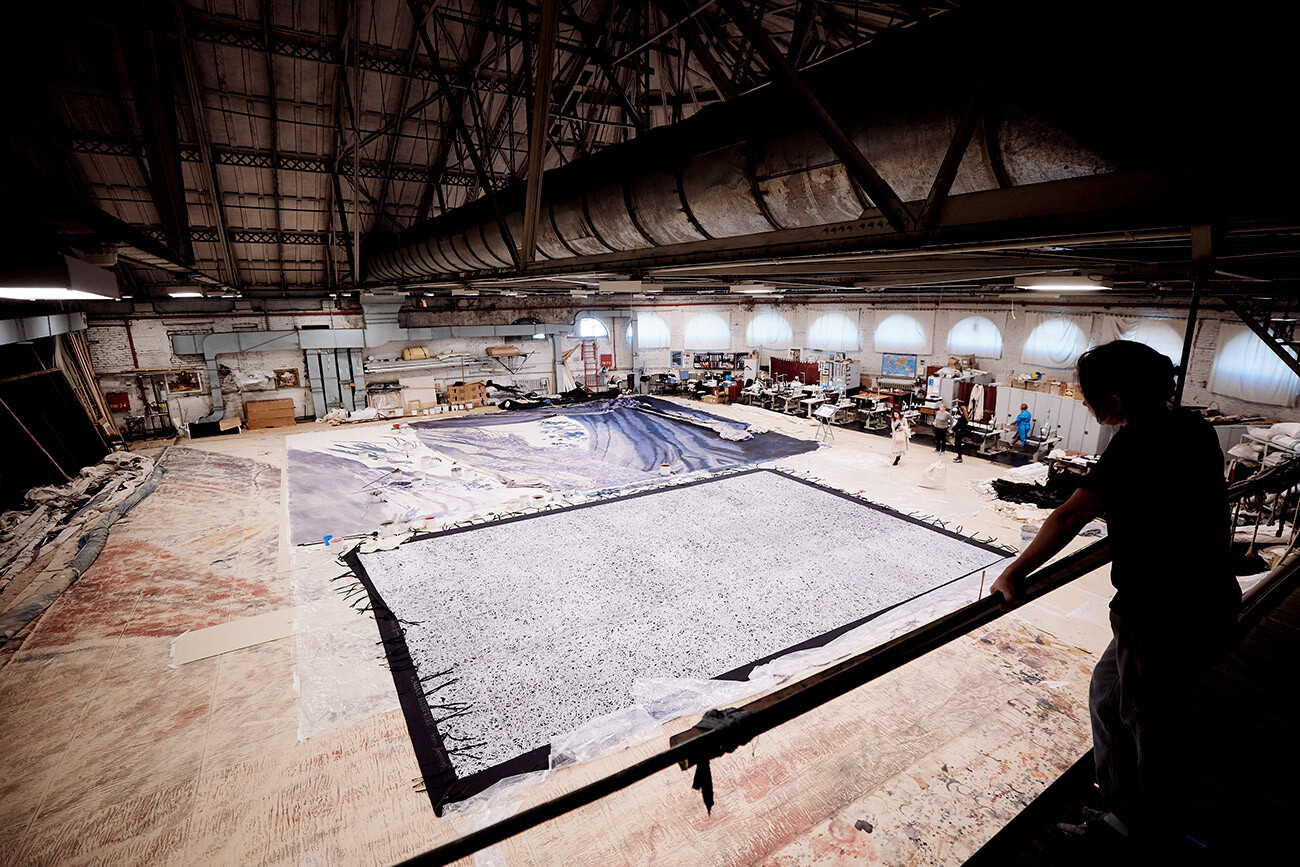 “The space of the hall allows us to simultaneously paint two canvases 12 by 20 meters in size. There are viewing bridges under the ceiling, allowing the painters to assess the scale of the painting from above,” says Lyudmila Mekhonoshina, painter-technologist of the application and painting workshop. 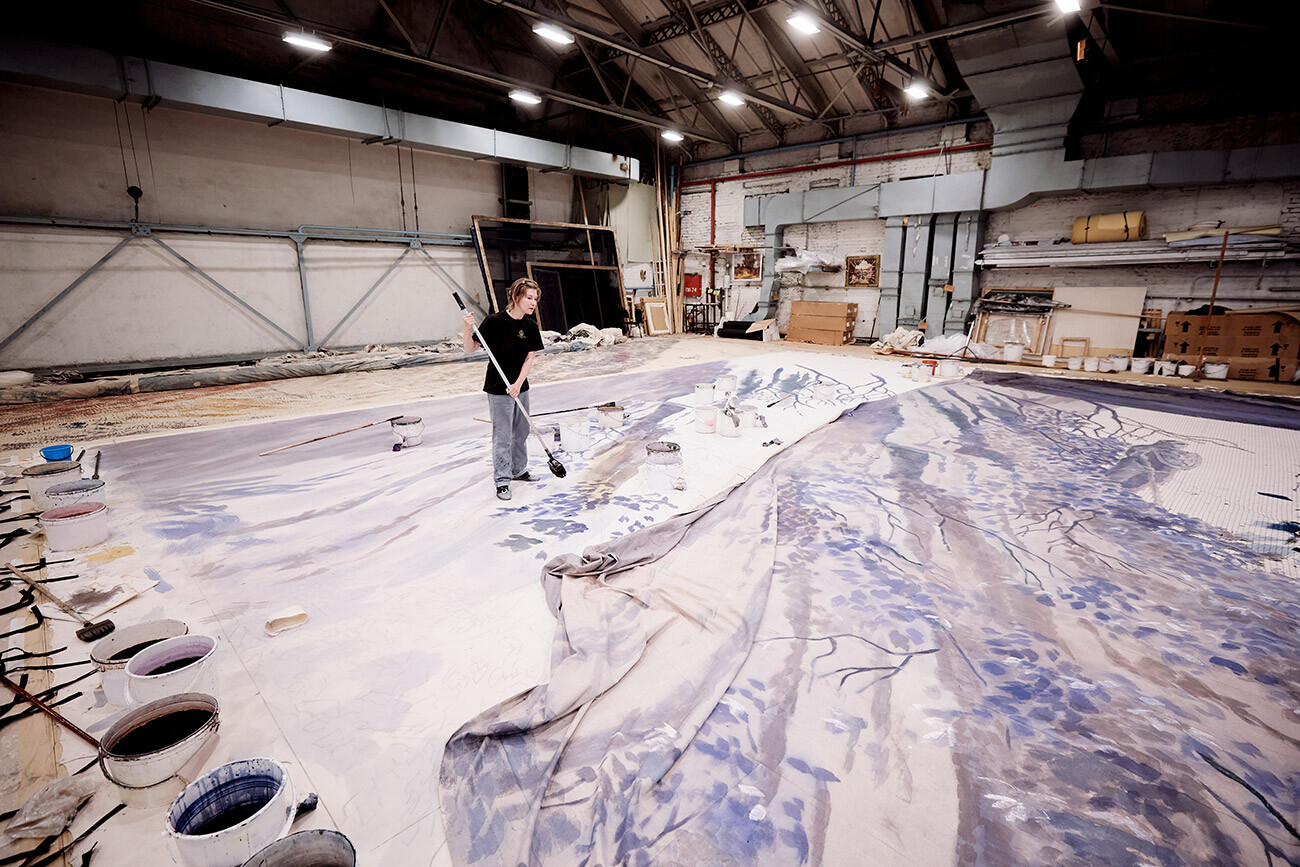 The semi-circular windows in the room are covered up with curtains so that the sun’s rays do not interfere or distort the color output during the painting process. The artificial light in the room is as close to the stage lighting as possible.

It takes about a month to create one stage curtain. To bring the canvas to the stage, it is rolled up and lowered on a stanchion by a fire curtain straight from under the dome.

The rest of the scenery, prepared for the repertoire plays, is stored in the prop rooms behind the stage. A large number of weapons from different eras makes you feel as if you are entering an arsenal. Daggers, spears, axes, swords and crests all look very realistic. They also weigh and ring accordingly. 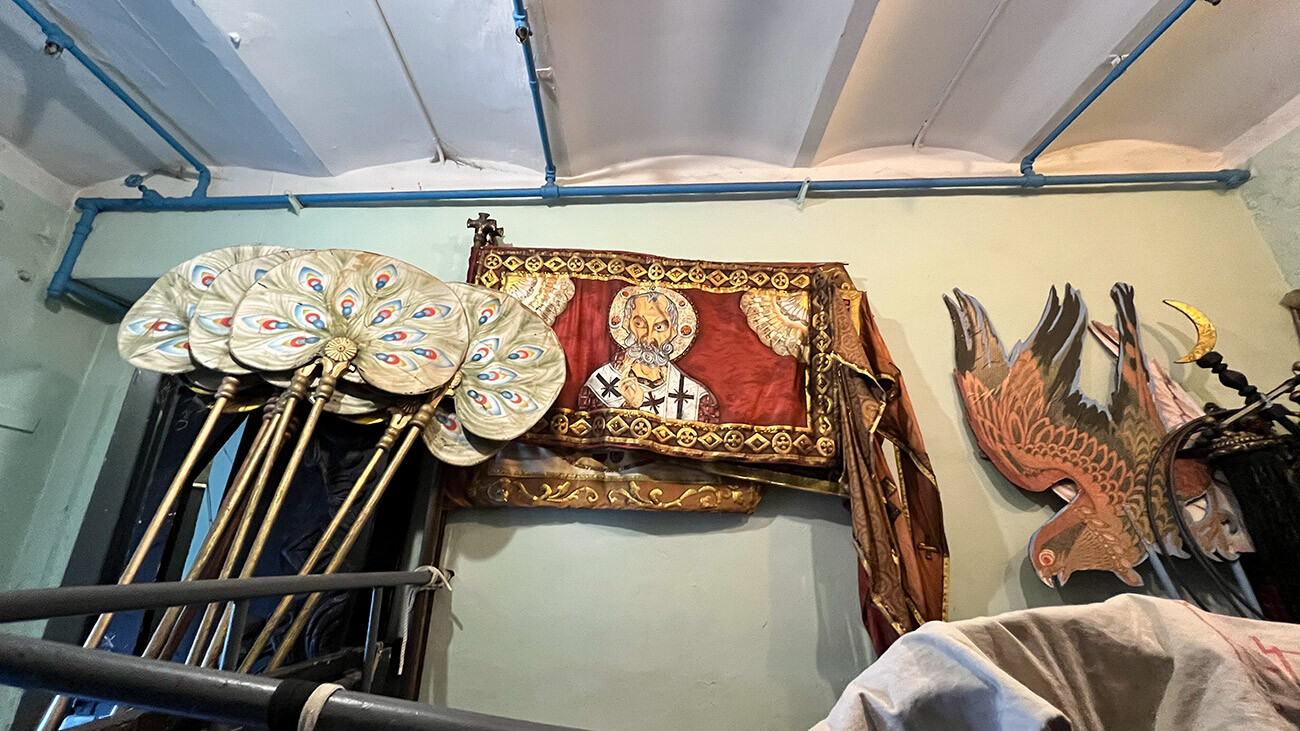 “When the actors fight, sparks fly from under the swords; weapons sometimes break in combat, so they are made from fairly sturdy material. Sometimes, swords or rapiers for historical productions are custom-made in special workshops in St. Petersburg, but mostly, we make everything ourselves,” says Igor Radaev, the keeper of the “arsenal” and prop supervisor. 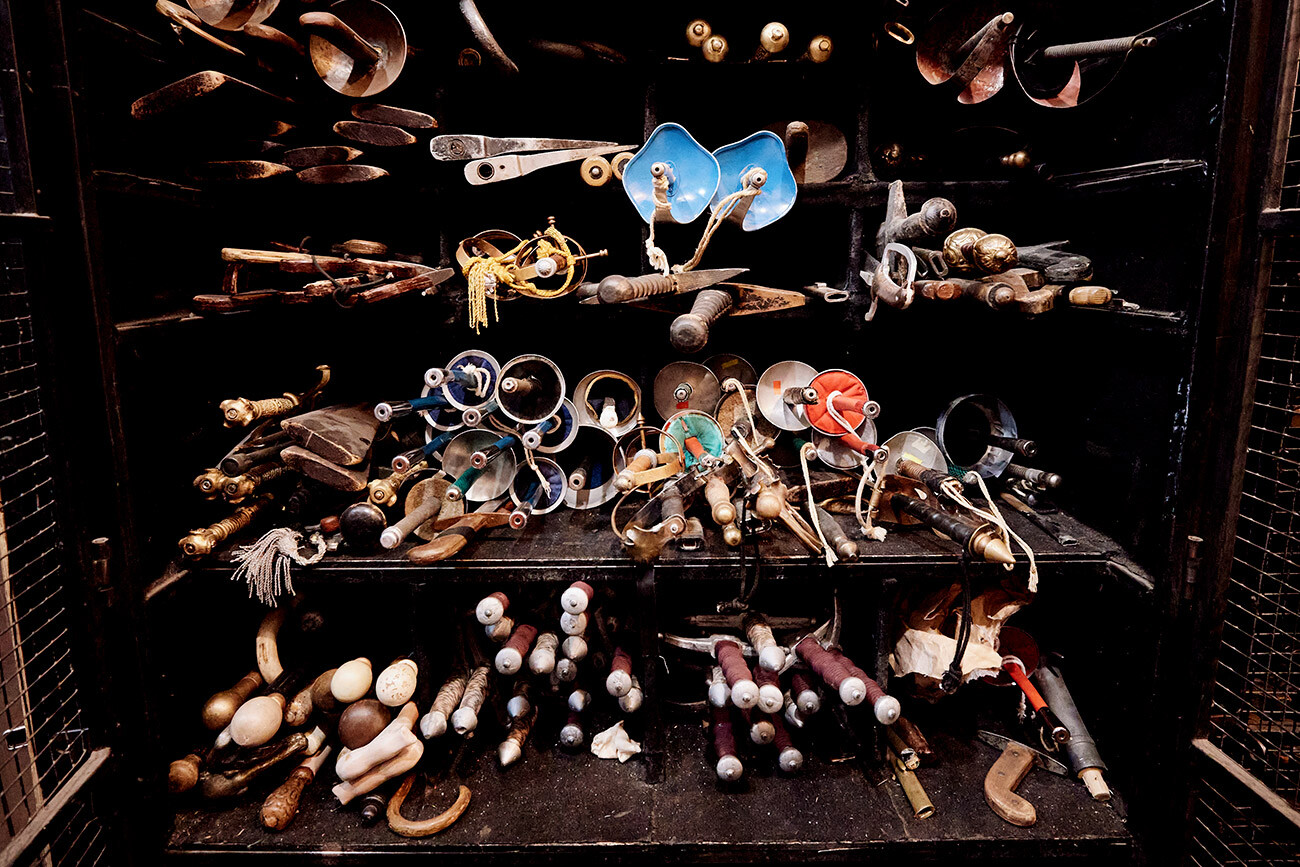 Dangerous props are stored in special cabinets with mesh doors. Especially valuable and expensive battle swords are stored in safes. A variety of props - puppets, furniture, and furnishings - are hidden behind curtains.

What happens backstage at the Mariinsky?

The space behind the historical stage is a whole different world. Props are stored under ancient brick semi-circular vaults; there is a control panel with retro monitors and buttons like those from old movies about space travel; carts with heavy sets are wheeled along rails. It is chilly there, but the air warms up quickly from the light ramps and floodlights that are switched on during rehearsals and performances. 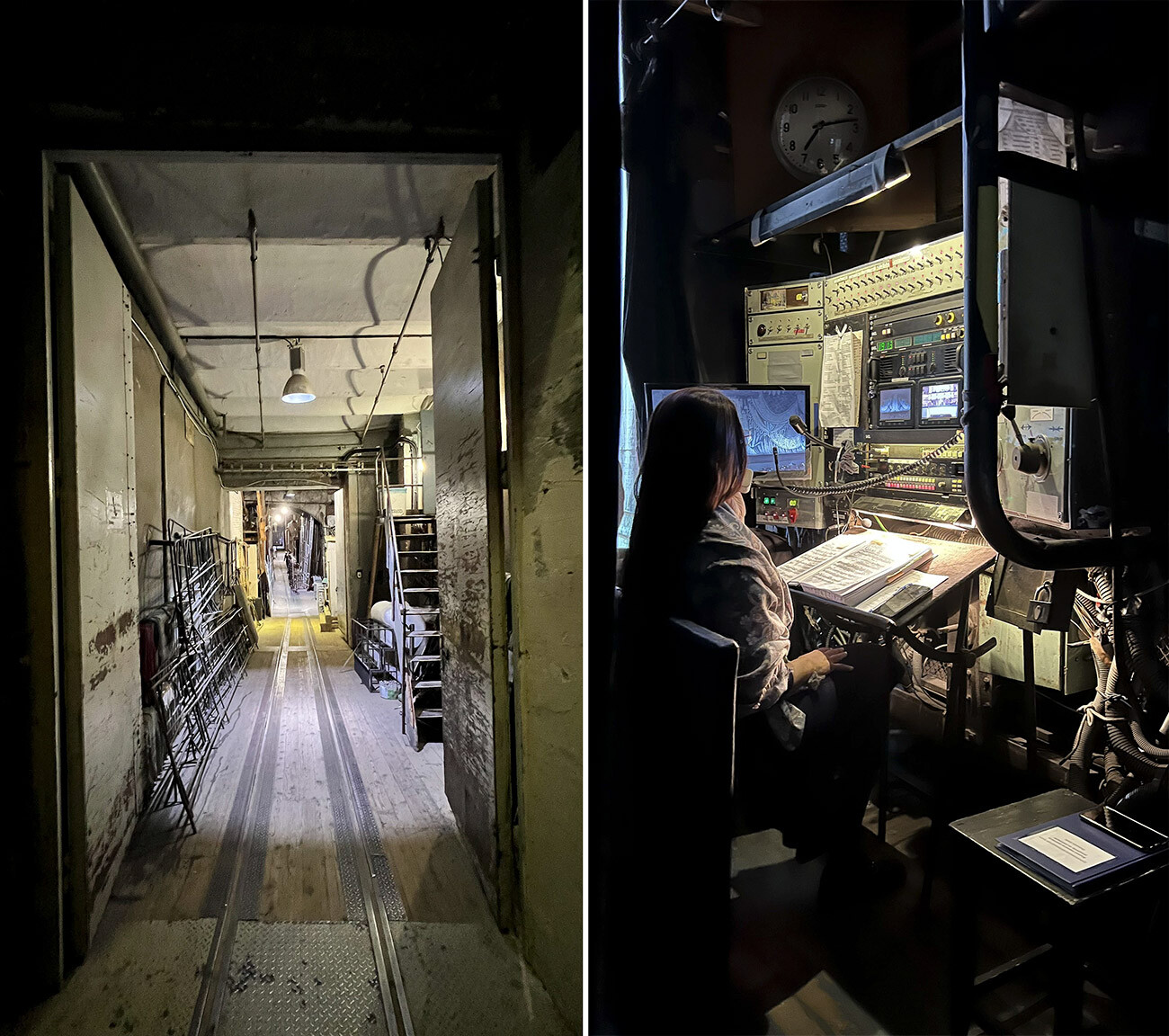 There is much more space at the Mariinsky-2. The space behind the stage resembles an airplane hangar in terms of scale. 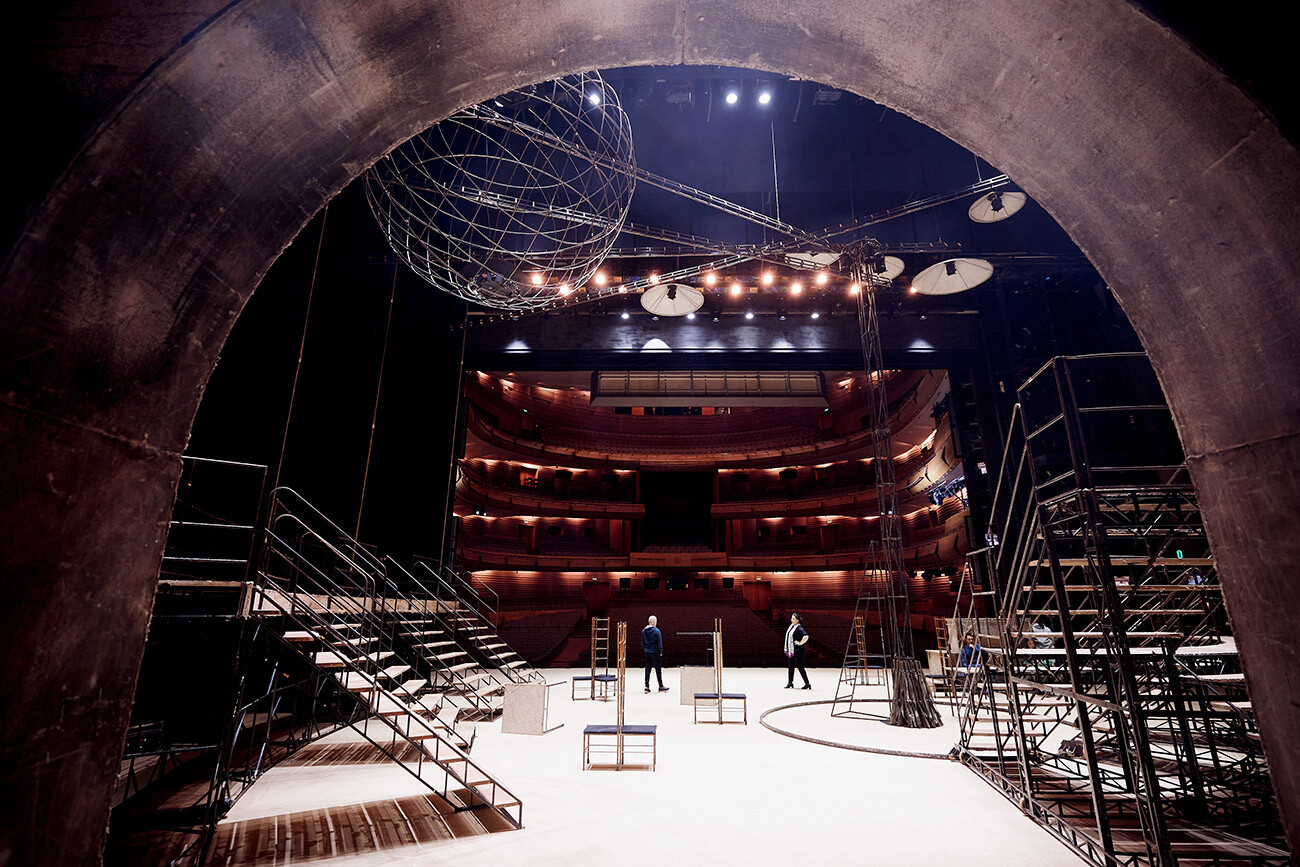 The backstage “holy of holies” is the men’s dressing room for opera soloists and lead singers. The atmosphere there is relaxed and friendly (the women's dressing rooms were probably more hectic). 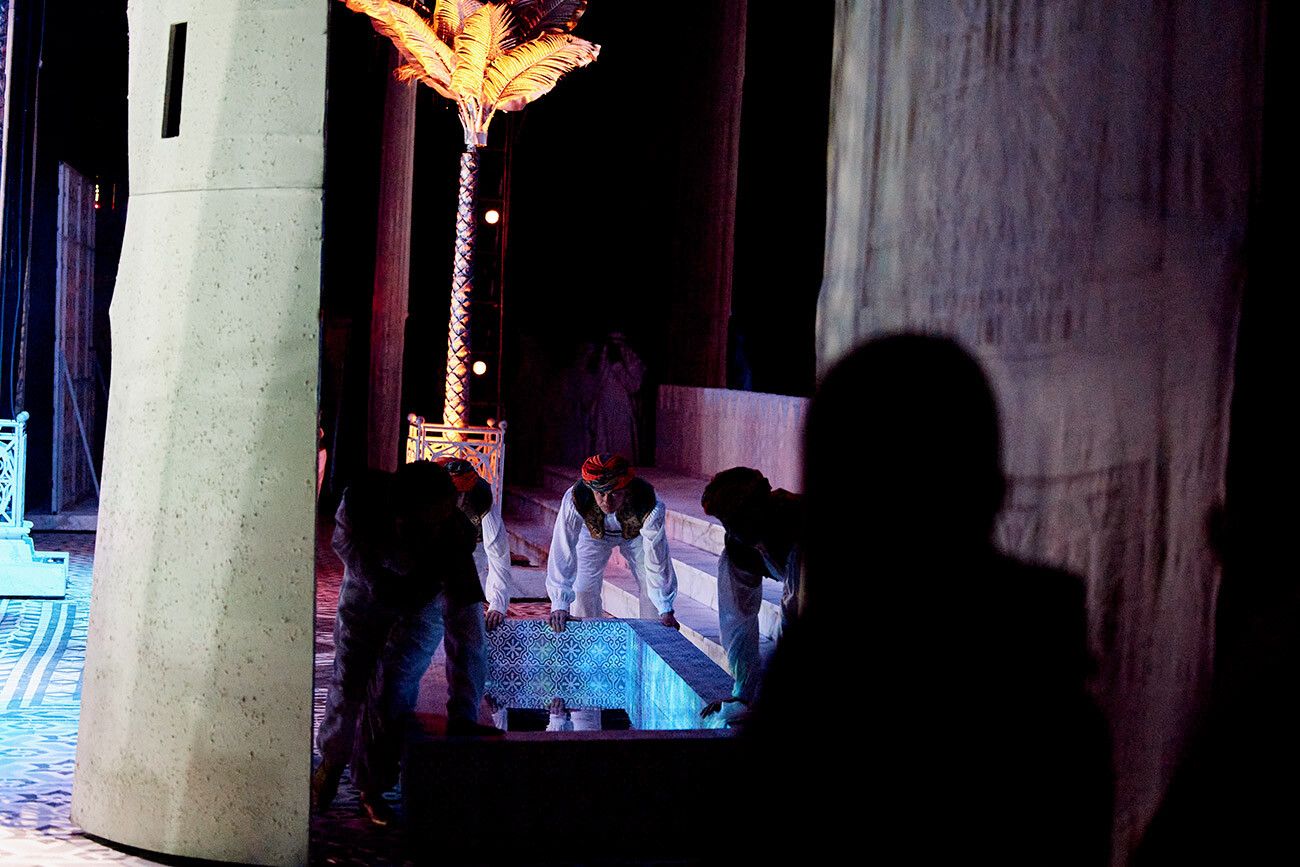 Meanwhile, the prop supervisors are also completing their final preparations. Large silver platters of oriental candy and copper vases like those from the Aladdin fairy tale await their appearance on the stage. The baklava looks very appetizing and it seems to ooze a honey aroma. But no: these delicacies, “baked” in a prop shop, will have to play their role on stage for at least a season. 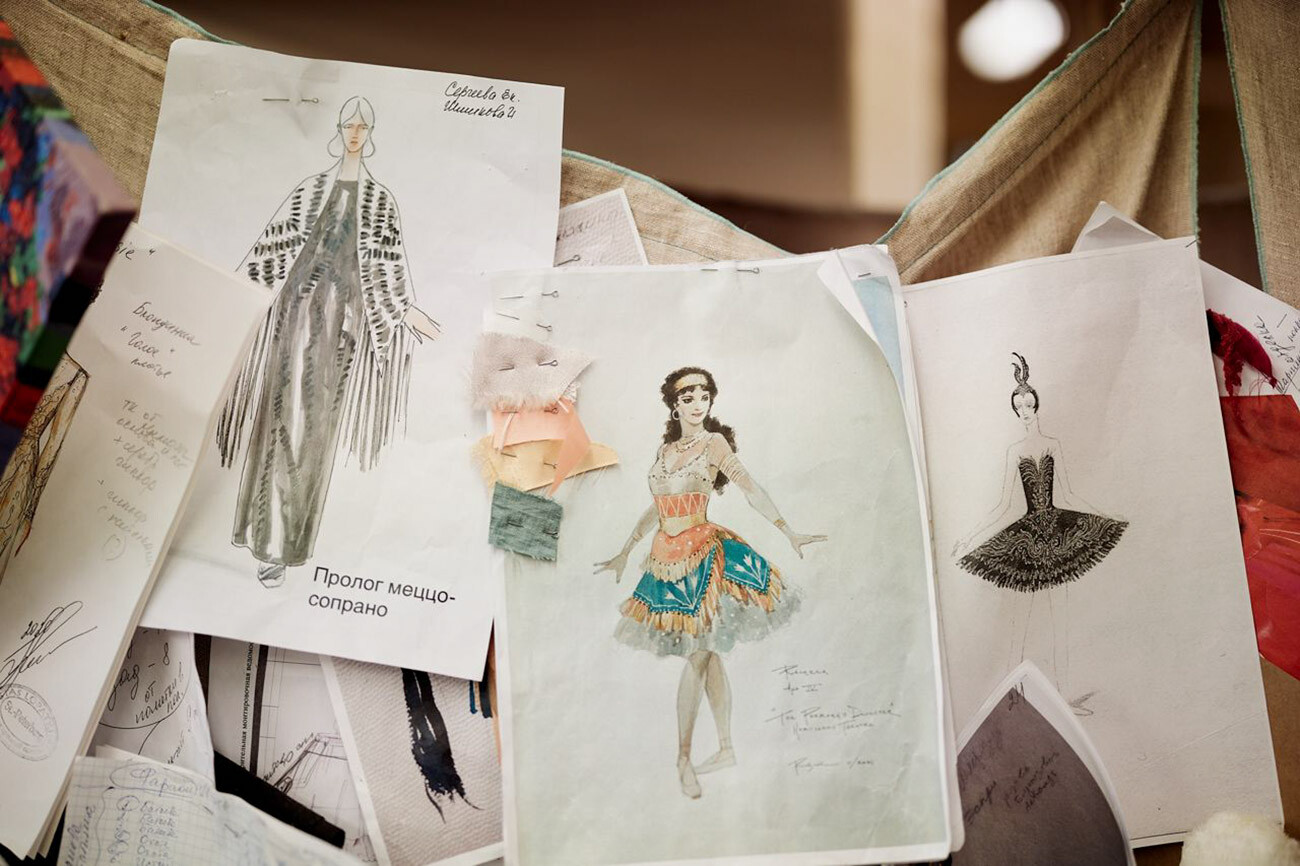